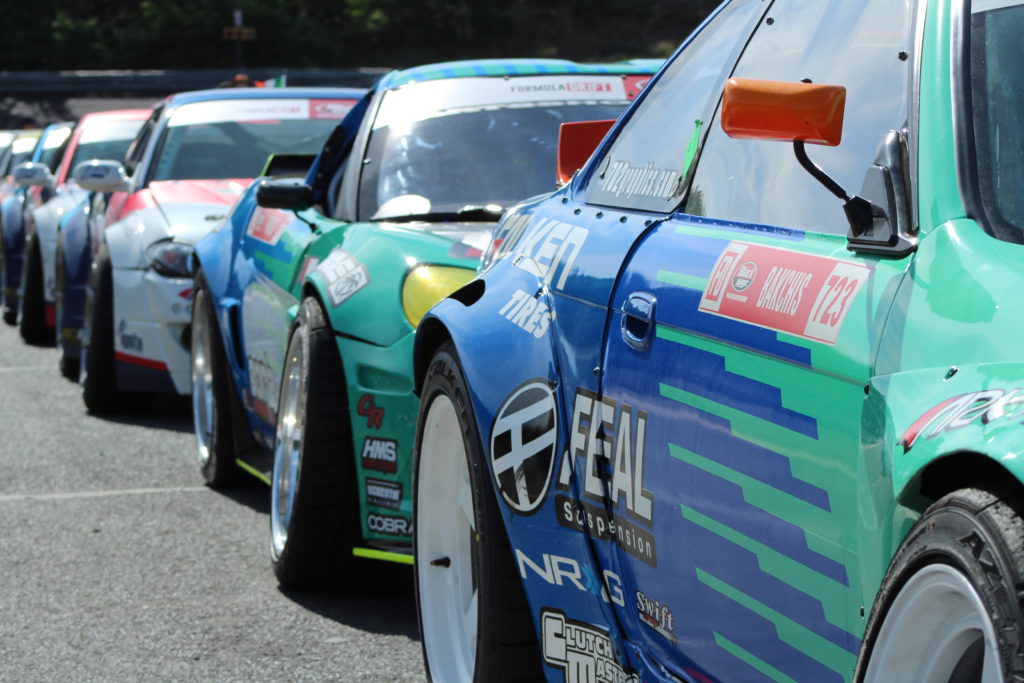 NASCAR requires every stock car to have a big 5.8-liter V8 engine from either Chevrolet, Ford, or Toyota under the hood. IndyCar drives around with open cockpit near identical race cars with 2.2-liter twin-turbocharged V6 engines from only Chevrolet or Honda. Formula 1 can run any engine brand based on team or manufacturer preference, but are limited in size to a 1.6-liter turbocharged V6 engine. In many Le Mans-like series, car’s engine options are often limited to the manufacturer that built the car. A Ferrari is never going to be running a Lamborghini engine and a BMW will never run a Chevy engine. 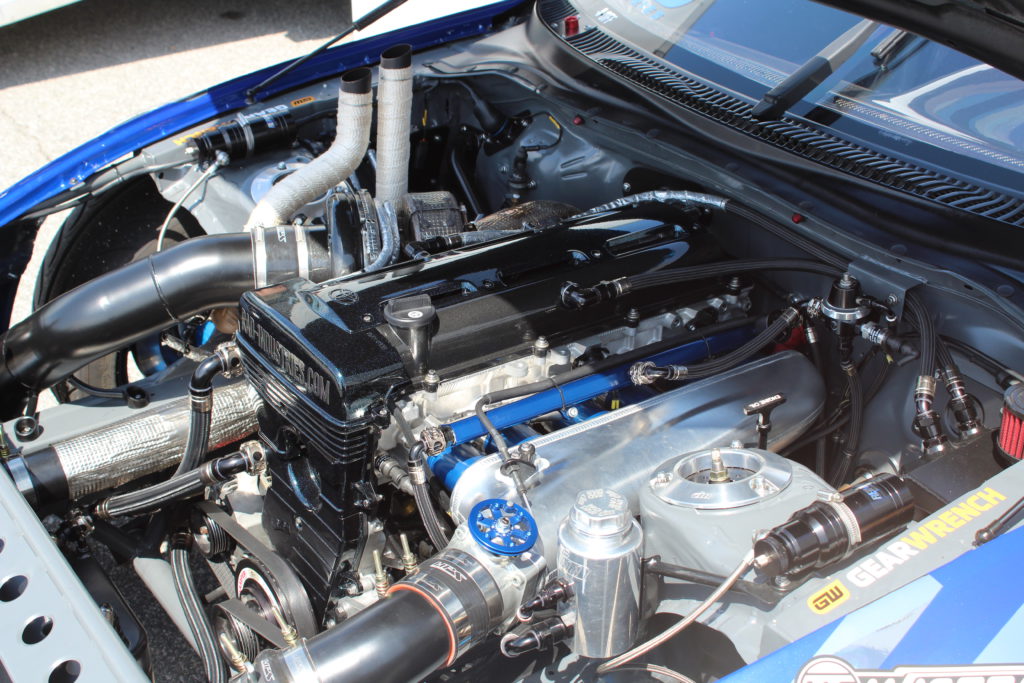 In Formula Drift, you can run any engine displacement, engine type, and the engine does not even have to match the manufacturer of the car. It is the last true hot-rodding option in motorsport.

If you are a fan of motorsport, you may immediately be thinking about how does the Formula Drift series keep competition in check with a balance of performance (BoP)?

In Formula Drift, there are plenty of rules to keep you occupied, but a majority of the competition is regulated by the weight of the vehicle which gives a team their tire size limit. For example, if you want up to a 320mm width tire your car better be between 3,300-3,399 pounds, or if you want a smaller tire width like a 240mm your car has to be 2100-2399 pounds.

Having a race series revolve around tire size opens up the unique freedom to drive anything with any engine powering it.

Turning The Dial To 11 On An OEM Engine

There are a few Formula D competitors who take the engine their vehicle came with and just turn the dial to eleven. 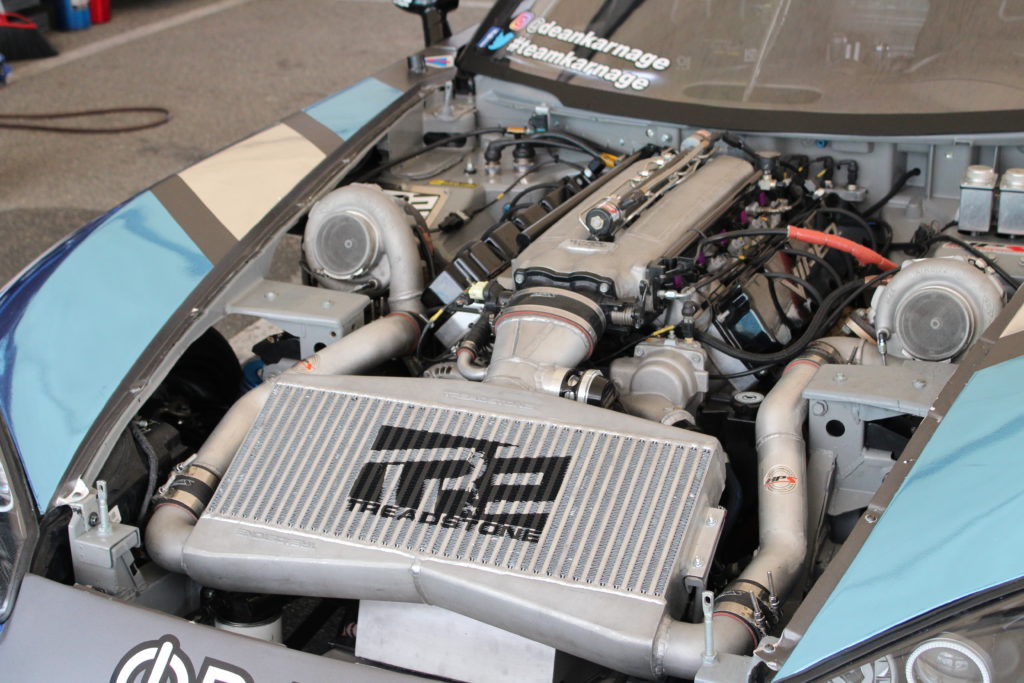 Do you ever wonder what a twin-turbocharged Dodge Viper V10 nitrous would be like? Well you don’t have to leave that to the video games as Dean Kearney has you covered with his 1,400 horsepower Dodge Viper drift car.

Engine Swaps Are The Norm

Keeping the engine your car came with is outside the norm at Formula Drift. What you often get are not only engines from other manufacturers thrown into a car, but no limits to what has been thrown at the engine. Superchargers, turbochargers, nitrous oxide, you name it they have it. 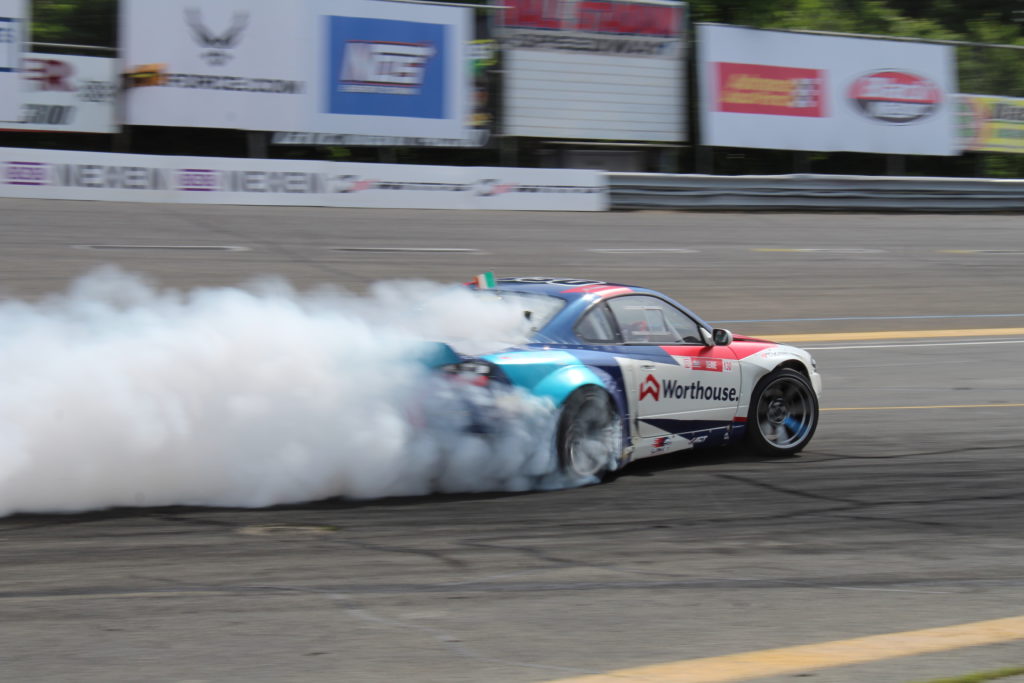 The Formula Drift Championship has been won the last three years by James Deane. All three years he won with the same car/engine combination – a Nissan S15 240SX powered by a turbocharged Toyota 2JZ engine with a little nitrous oxide added on top for good measure. Due to the current situation affecting the world, he is absent from the 2020 season, so who knows that car/engine combo is going to take it this year. 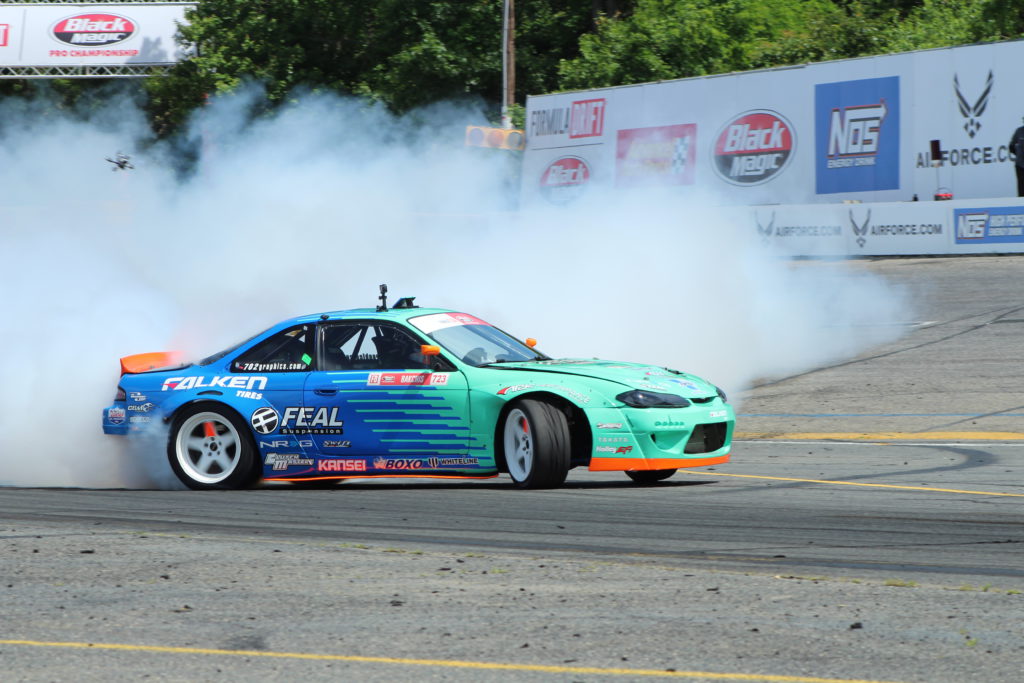 Aurimas “Odi” Bakchis, driver and owner of FEAL Suspension, drives the same chassis, but with a supercharged Chevrolet LS-based V8 for a heart. 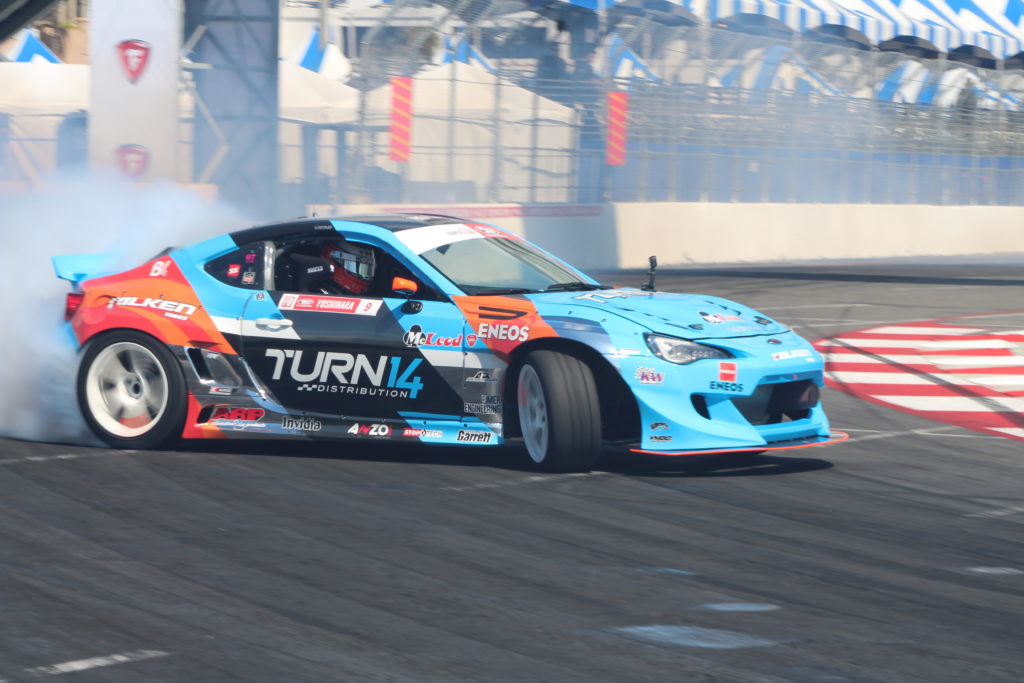 Daijiro “Dai” Yoshihara pilots a Subaru BRZ, but ditches the Subaru boxer 4-cylinder engine in favor of an LS-based Chevrolet V8 of his own. 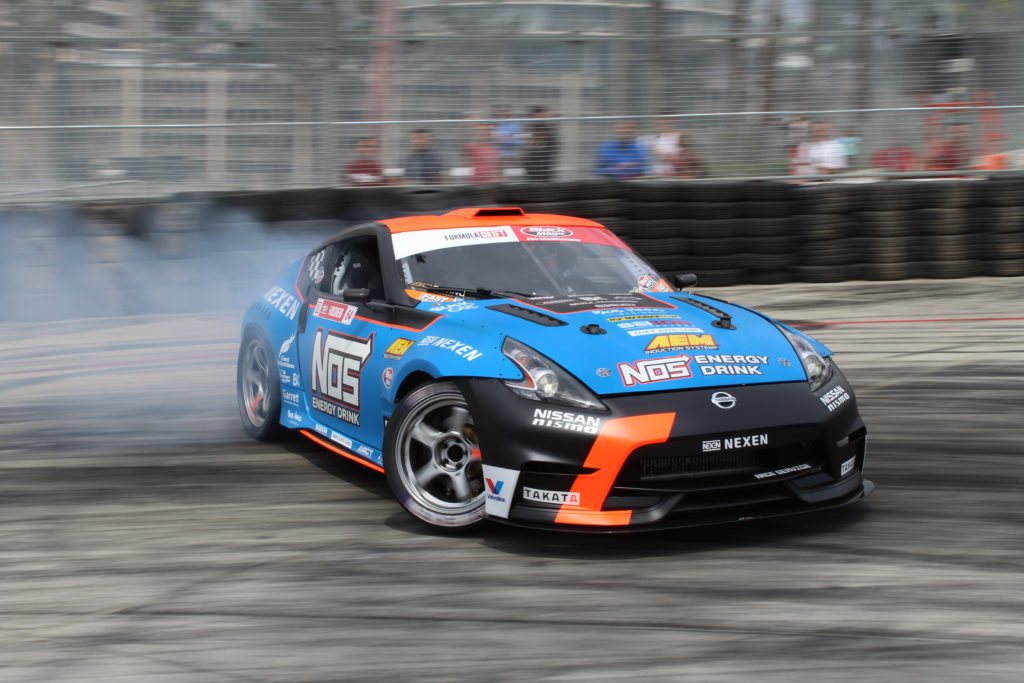 Sometimes a competitor has an engine where both the car and the engine are from the same brand, but one that wasn’t originally in that particular car. For example, 3-time FD champ Chris Forsberg campaigns the series with a Nissan 370Z. It features a Nissan engine, but not the one from the 370Z. He swapped in the twin-turbocharged V6 Nissan VR engine from the R35 series Nissan GT-R.

So as you can see, the sky’s the limit on what you can run in the top series in Formula Drift. It doesn’t matter what engine you run in what car you run. You want to add some turbochargers? Superchargers? Nitrous? It is all fair game. It definitely is the last hot rodding option in motorsport.