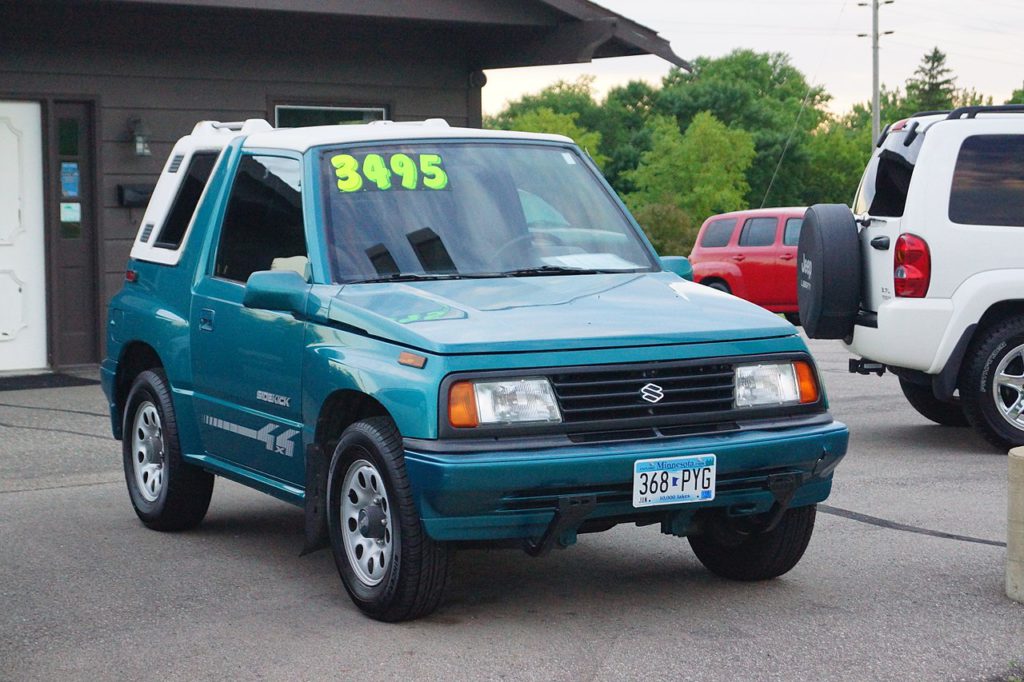 Whether you’re looking to get off the pavement to go overlanding or rock-crawling and can’t afford a brand new rig, chances are you’re wondering what options you can find on the used car market for capable but cheap off-road vehicles.

And while you might be lusting after the latest and greatest off-roaders with their 21st-century tech, trick suspensions, and huge tires, if you’re on a budget, a brand-new off-road machine might not be in the cards. Luckily, with a little research and a bit of elbow grease, you can find plenty of capable used vehicles that can be transformed into capable off-roaders.

How to Choose The Best Cheap Off-Road Vehicle

Before you spend your hard-earned cash, it’s helpful to narrow down what you do (and don’t) want in an off-road rig. To get you started, here are a few considerations to keep in mind while you’re shopping.

Have 4×4 Drivetrain, Will Travel

No matter where you want to go, if you’re going off the pavement on more than just a dirt road, you’ll want a 4×4 (also known as 4WD) vehicle with a low range. Some models have full-time 4×4 drivetrains; others have part-time 4×4 with a locking transfer case that allows you to swap between 2WD and 4WD. Either way, 4x4s have been specially designed to put power to all four wheels in a way to give you the best off-road traction when you need it.

Low range is going to be even better for any extreme off-road situations where you want more torque at a lower speed. Good for steep slopes and tricky terrain, low range can make the difference between having a fun day off-roading and getting stuck on the trails.

One thing to note: AWD is not the same as 4WD, so don’t get suckered into thinking that just because AWD powers all four wheels that it’s made for off-roading. AWD drivetrains tend to be optimized for driving on pavement, and while you certainly can take them off the pavement on dirt roads, they won’t be nearly as versatile as a proper 4×4 with 2-speed transfer case.

Establish how you plan to use your new off-roader. Are you doing day trips specifically to tackle off-road obstacles and technical trails? Are you planning to hit the road for multi-day overland adventures? Is this vehicle going to be your daily driver where you’ll also need room for the kids and all their gear? How much space and seating you need can quickly narrow down your list of potential cheap off-road vehicles.

Depending on how you want to use your off-roader, you might already be compiling a dream list of modifications. If so, keep in mind that certain brands are well supported in the world of aftermarket off-road accessories. For example, Toyota and Jeep have some of the best aftermarket support and a big community of off-road enthusiasts to draw from. With all sorts of mods from mild to wild, if you can dream it, you can probably find it.

On the flip side of that, some brands are going to be more niche and potentially expensive to modify (or fix if something breaks). For example, if you opt for a used Land Rover, there is a high potential that you’re going to have to shell out a good chunk of change for any mods or parts if something goes wrong.

Hit The Dirt With These 10 Cheap Off-Road Vehicles

It’s always a good idea to make sure you get the right vehicle to start with so you don’t regret it later on, especially if you’re on a tight budget. Here is a list of a few affordable 4x4s to get you rolling down the trail.

Old school Jeep Cherokee are a dime a dozen and are one of the cheapest and most reliable vehicles to modify for off-road use. We’d recommend looking for the XJ-generation Cherokee which was built from 1984 to 2001. These Jeeps came with a 6 cylinder 4.0L engine known for its torque. With a durable engine and a comparatively lightweight frame, these capable SUVs are great for either dedicated off-roading or use as a mixed-use daily driver. If you don’t mind a higher mileage model, you can pick up a used Jeep Cherokee for well under $10,000 and use all that extra cash you saved to start modifying your new off-roader.

It is possible to find a decent 4WD Isuzu Trooper for under $5,000. Just make sure you don’t buy the 4 cylinder diesel or gasoline model as the engine’s performance will be lacking. Instead, look for the V6 version. Once GM inserted this more powerful engine from their small truck line, all was well for this boxy-looking SUV. The 4WD system is also quite capable, and you’ll find that the Trooper is well composed both on-road and off the pavement. Though they aren’t as abundant as some of the other used 4x4s on this list if you keep your eyes open, you might be able to snag one that has lower mileage and is still in good shape.

Toyota is well-known for its reliable vehicles and the 4Runner is no exception. If you’re on a tight budget, you can often find the early generations of the 4Runner for around $5,000. These earlier models from the first four generations of the 4Runner  were manufactured from 1984 to 2009, and you can find some equipped with a V6 and all the little things you need in a capable off-roader plus plenty of ground clearance. If you’ve can swing a $10,000+ budget, you can opt for a newer gen with a V8 for a little extra power and torque. Plus, you get that legendary Toyota reliability which means your new off-roader could still be going strong at 300,000 miles.

Think of this SUV as the bigger, more luxurious brother to the boxier Jeep Cherokee. The first-generation Grand Cherokee had the option to come equipped with either the aforementioned 6 cylinder engine or a slightly heftier V8. While the Grand Cherokee will set you back a bit more dough than a regular Cherokee, they are an equally versatile option that is slightly more comfortable without sacrificing any off-road capability. If you can find a first-generation model in good shape with lower mileage, you can pick up a Grand Cherokee for less than $5,000.

The second generation of the Wrangler, the Jeep Wrangler TJ, is one of the more expensive used 4x4s on this list, and for good reason. Over the years it has earned a solid reputation as a do-anything off-road vehicle, making even the older models a desirable find for off-road enthusiasts. While many of the vehicles on this list (like the other Jeeps) have uni-body frames, the Wrangler utilizes a ladder frame for even more ground clearance. Given its popularity, you should expect to pay in the range of $10,000 (or more) for this era Jeep Wrangler. How you modify it from there is up to you.

Built on the Toyota Land Cruiser Prado platform, the first generation of the Lexus GX470 comes with the same off-road capability you would expect in a Land Cruiser. Though you will still have to pay a premium price tag for the added Lexus luxe, if you shop the used car market, you can often find a base, high mileage GX470 around the $10,000 mark. Luckily, since the GX470 is basically just a decked-out Toyota, you should be able to count on getting plenty of miles out of this reliable vehicle. In addition to the all-time 4WD system, the GX470 also came equipped with a 4.7L V8 for a little extra power. If you want a capable off-roader that can also transport the family in comfort, this full-size luxury SUV will do the trick. 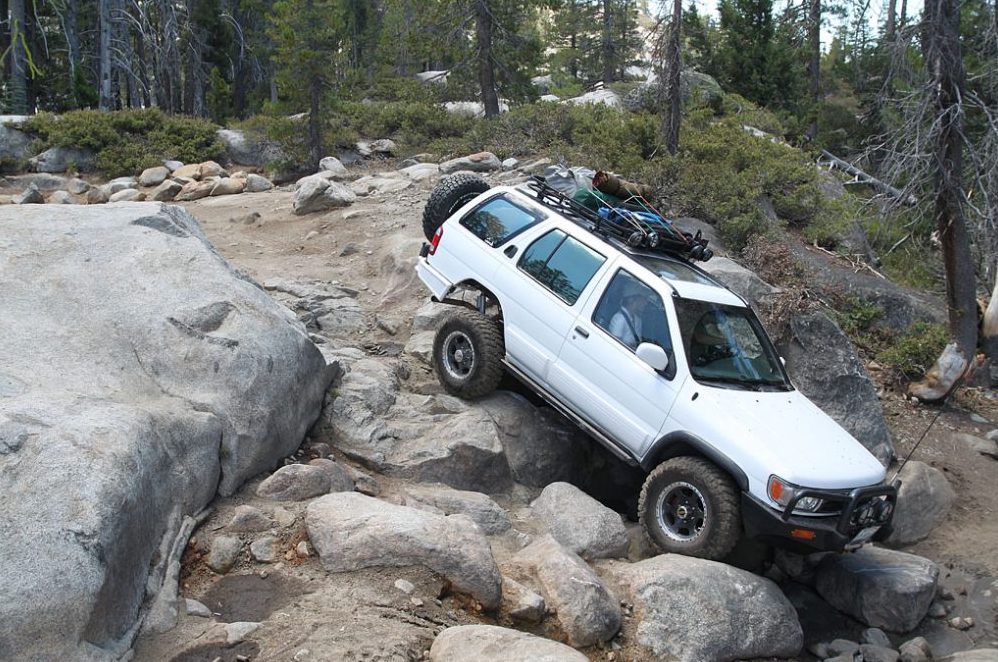 Though a stock Nissan Pathfinder isn’t quite as capable off-road as some of the other vehicles on this list, you can pick one up on the cheap, which leaves money for further modifications down the road. If you know where to look, you can find a second-generation Nissan Pathfinder from the late 90s for under $5,000. These affordable 4x4s came with a V6 and decent ground clearance that was more than powerful enough to get you off the beaten track. With a few key modifications, you should have no trouble taking the Pathfinder on more technical, rugged terrain.

The distinctive Suzuki Samurai is the kind of vehicle you’ll either love or hate. But if you love the styling of this boxy little 4×4, you are in luck, as they get great fuel mileage. The compact frame makes them lightweight though they will be underpowered if (or rather when) you decide to upgrade to bigger tires. Thankfully, there is a huge cult following for the Samurai so you will have a good selection of aftermarket parts to choose from. The Suzuki Samurai pricing generally starts around $5,000 and goes up from there, leaving you a bit of wiggle room for those modifications you’ll be itching to add. 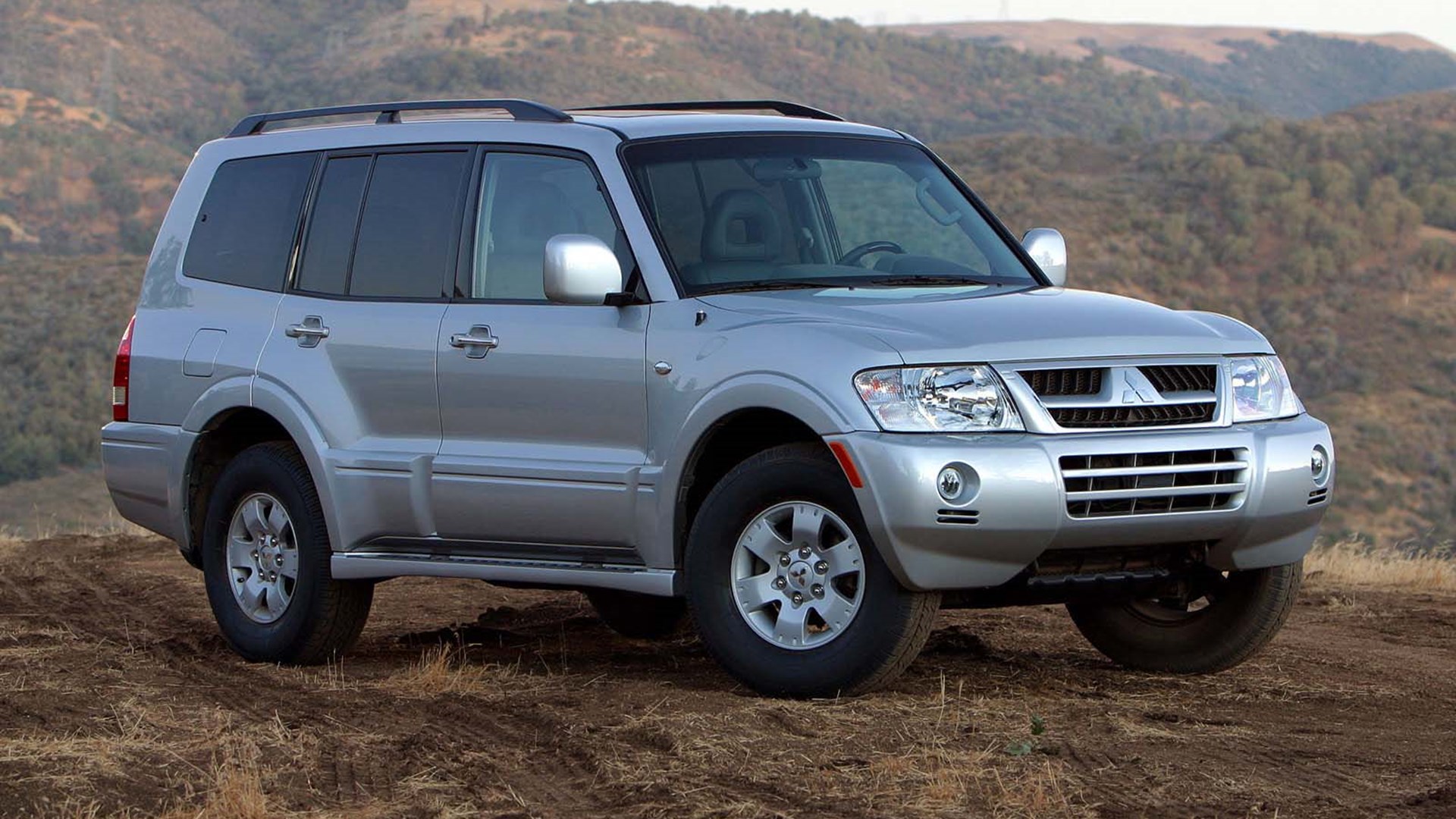 Another capable SUV, the Mitsubishi Montero is a sturdy 4×4 with a good V6, a relatively short wheelbase, and decent ground clearance. Known for its off-road capabilities and its reliability, these Japanese-built SUVs can be found in the $5,000 to $10,000 range. However, because they aren’t as common as say a Toyota or Jeep model, just keep in mind that aftermarket parts may be limited or more expensive should you choose to turn your Montero into an off-roading beast.

If you’re looking for a capable off-roader, don’t turn up your nose at the pint-sized Suzuki Sidekick. This compact 4WD SUV was also sold as the Geo Tracker and could even be had as a two-door convertible — a hard-to-pass-up option if you want one of the more unique 4x4s on the trail. Powered by a 1.6L engine that originally made 80 hp, the Sidekick isn’t the most powerful off-roader on the used car market, but the lightweight, ladder frame gets you enough ground clearance in a tidy little package that might just surprise you with where it can go. Plus, the price is right as you can find good condition Sidekicks for under $5,000. 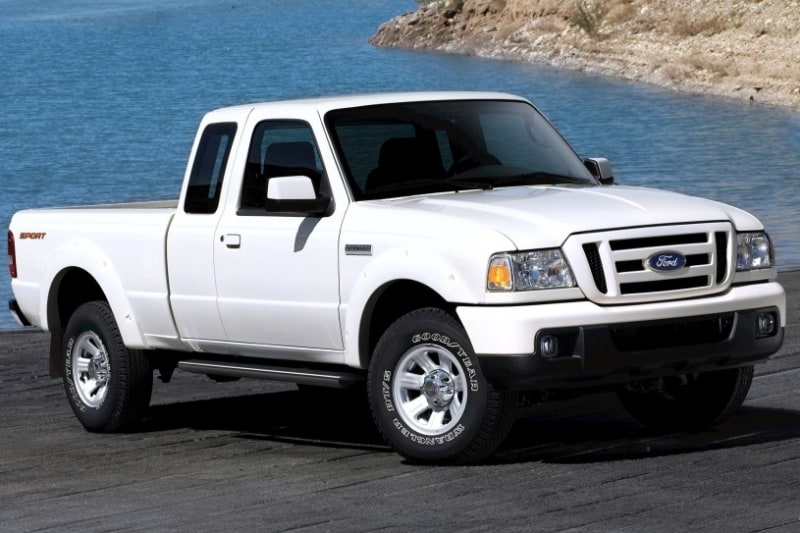 In terms of cheap pick-ups that are great for off-road use, the rugged Ford Ranger is an appealing option. Ford offered this compact truck in a variety of configurations and three wheelbase options. It came equipped with a simple, reliable, and easy-to-repair 4 cylinder V6. When paired with the 4X4 drivetrain and a few suspension upgrades, the nimble Ranger can take you places that some of the larger pickups of today simply can’t fit. And since Ford manufactured a large fleet of this generation of the Ford Ranger, you should be able to easily find one in the $5,000-$10,000 range without too much effort.

Shop For The Best Off-Road Vehicles on a Budget

Though this list is far from comprehensive, it should hopefully give you some ideas for several cheap vehicles that you can take off-road. At the end of the day, no matter what truck or SUV you end up with, if you can find a reliable model in good condition, you should be able to put in some solid miles off the pavement. After all, the whole point of an off-road vehicle is to take you out to play in the dirt.