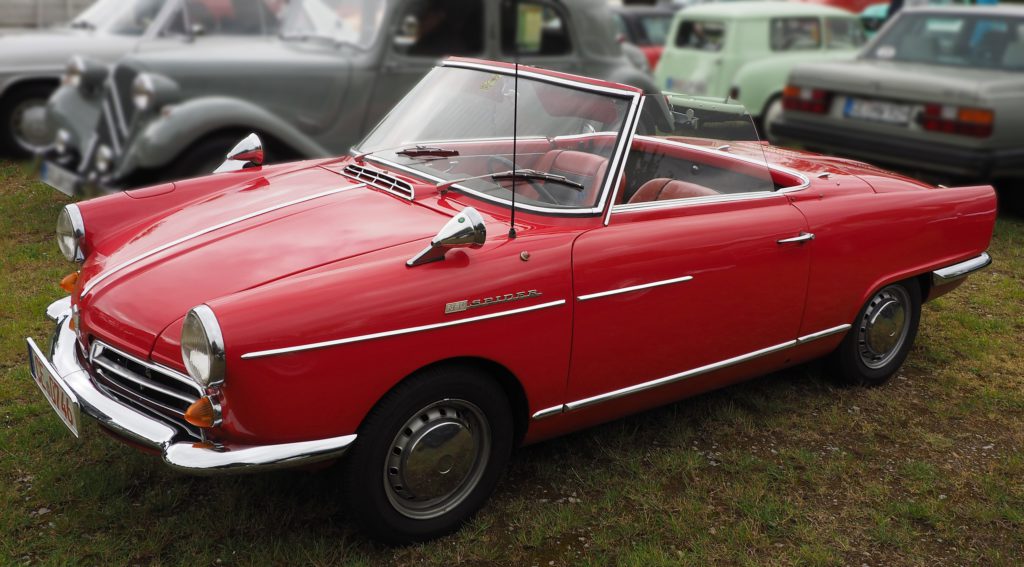 Some cars are simply too far ahead of their time. Despite pioneering hugely influential technology or concepts, these models are often overlooked by history even though they command a cult following. You may never have heard of these five obscure cars, but they helped shape the vehicles we drive today.

If you’ve owned a small car in the last half-century, its design can likely be traced back to the Fiat 128. While incredibly popular during its 1969-1985 run, when more than three million were sold, it has been traditionally overshadowed by another revolutionary subcompact, the BMC Mini.

Both cars were attainable, everyman’s superminis with space-saving traverse-mounted engines and front-wheel-drive layouts. But the 128, albeit a decade after the Mini’s debut, employed unequal-length drive shafts and an innovative clutch release mechanism that allowed the engine and transmission to be mounted side by side. This enabled an incongruously large cabin volume and, in turn, a small and economical car that was also a true family ride. Unlike the original Mini, which even in its estate incarnation was only a 2-door, the 128 was also available as a 4-door sedan.

Volkswagen allegedly based its best-selling Golf on the 128, and it has undoubtedly influenced small cars worldwide for over half a century. Licensed copies were produced by SEAT in Spain and Nasr in Egypt, as well as in Poland, Serbia, Colombia, Argentina, South Africa, and Sri Lanka. Although versions were still being built as recently as 2008 (in Serbia), the 128 virtually vanished from American roads thirty years ago. As an ultra-utilitarian econobox, it was seldom cherished or restored, and even junkyard examples of this incredibly significant car are now extremely rare stateside.

While Mazda’s RX-7 and RX-8 sports cars are almost synonymous with the pistonless Wankel rotary engine, German automaker NSU was in fact the first to bring a Wankel-powered car to market.

Mazda and NSU signed a study contract to co-develop Wankel technology in 1961 but also competed to make it a commercial reality. NSU beat out its Japanese partners by unveiling the sporty little NSU Spider in 1964. It followed with the Ro 80 executive sedan in 1967, designed by Claus Luthe, the man behind many seminal Audis and BMWs. But NSU may have jumped the gun, as early problems with apex seals, shaft lubrication, and fuel economy gave these cars a poor reputation.

Only 2,375 Spiders were built over its three-year production run. The luxury Ro 80 was voted Car of the Year for 1968 and more than 37,000 were made over its single-generation decade, yet it remains ultra-obscure in the U.S. as only a handful were ever imported. Yet NSUs are not entirely forgotten.

There’s a collectors club for NSU Spiders in Germany, while the Ro 80 Club, founded in 1979, boasts members across five continents.

With its squared-off lines, chunky plastic moldings, stepped roofline, and safari windows, the Matra Rancho bears an uncanny resemblance to the Land Rover Discovery. Only the Rancho went on sale in 1977 – fully 12 years before the Disco debuted. Furthermore, The Rancho, which was based on the Simca 1100 subcompact, is widely hailed as the world’s first “crossover” SUV, a market segment that didn’t enjoy mainstream market success until the 2010s.

The Rancho’s ostensible similarity to the Discovery is not coincidental. Both vehicles were intended as more affordable and fuel-efficient alternatives to the upscale Land Rover Range Rover, which had ignited the 4×4 craze in 1970. Developed by French engineering group Matra in cooperation with Simca, the Rancho – which was also marketed under Matra-Simca and Talbot Matra badges – undoubtedly influenced the aesthetics of the Discovery. 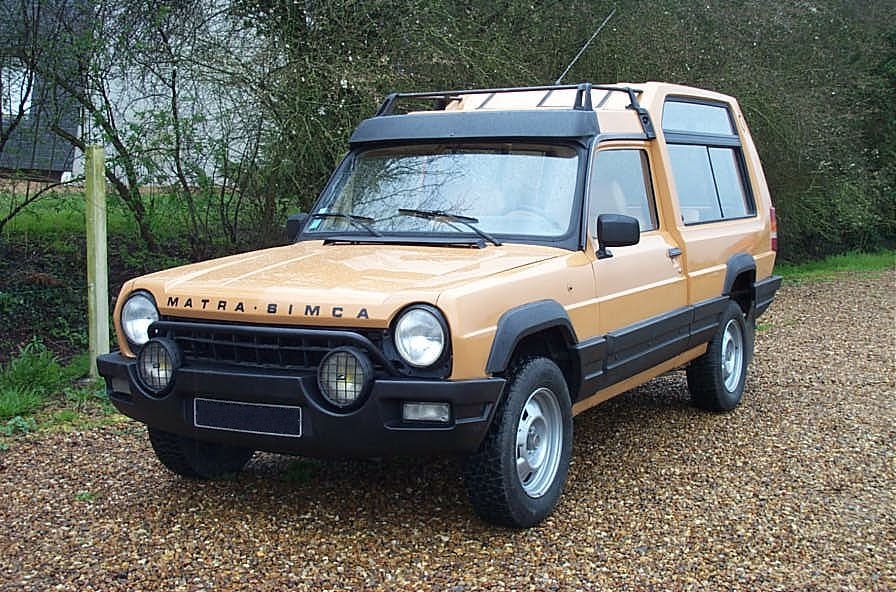 But that’s where any Land Rover likeness ends, as beneath its rugged visage the Rancho was really a front-wheel-drive car with only a tepid 1.4L 4-cylinder Chrysler Alpine engine and zero off-road readiness (other than a rather optimistic sump guard).

Nearly 58,000 Ranchos were sold nonetheless, and there remain collector clubs for it and other Matra creations, which include a number of 1960s and ‘70s sports and racing cars. 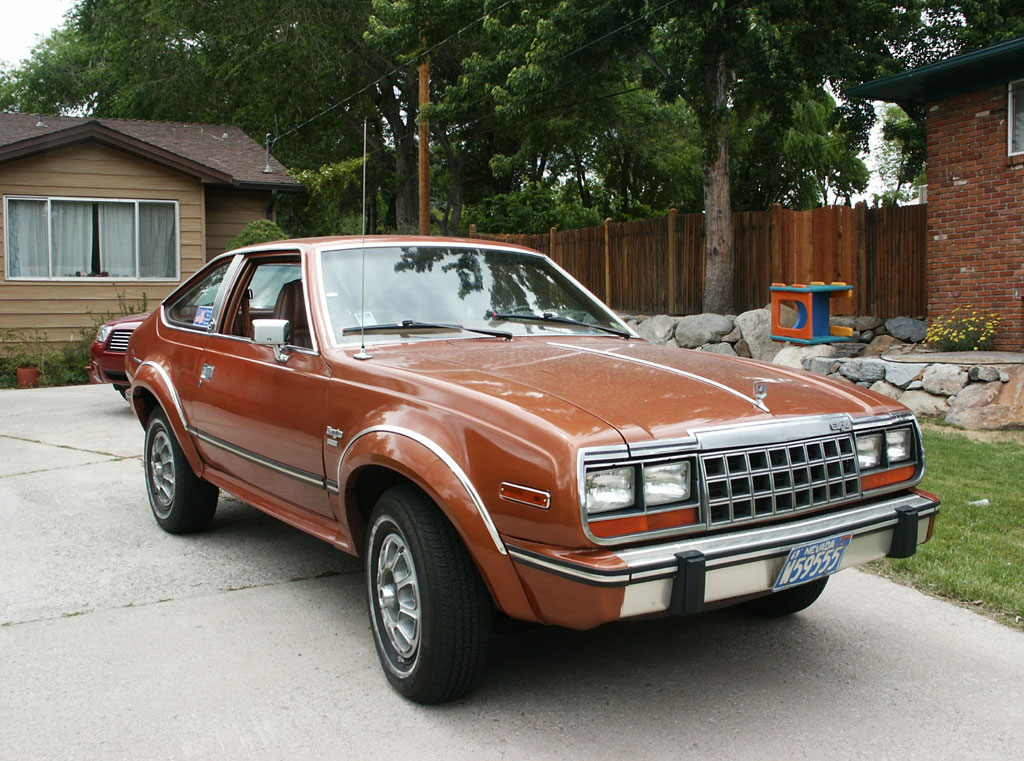 Another trailblazing crossover was AMC’s Eagle, which appeared in various guises from 1980-88. The Eagle’s “crossover-ness” was almost inverse that of the Matra Rancho: whereas the Rancho looked like an SUV but behaved like a car, the Eagle looked like an automobile but, as the first production car with an all-wheel-drive system, boasted at least limited off-road ability. In 1979, Four Wheeler magazine hailed it as the beginning of a “new generation” of cars.

AMC’s goal was to produce something with the comfort of an automobile, yet with the ride-height and inclement-weather capabilities of a 4×4 utility vehicle. The Eagle was available as a coupe, sedan, convertible, and — most crossover-like of all — a wagon, all with lifted suspensions.

In 1981, two subcompact versions were added to the lineup, including the sporty and super-fun SX/4 fastback. Predictably, Eagles sold particularly briskly in the Pacific Northwest, British Columbia, and Alaska, and the model provided a welcome boost in profits for the ailing AMC (which was acquired by Chrysler in 1987).

Around 100,000 Eagles were produced in all, and the model is currently at that sweet-spot intersection of availability and collectability, likely to hold its value but not yet rapidly appreciating (with the exception of the Sundancer convertible, which was only produced 1981-82). Roadworthy Eagles are available for below $10k, but a nice example will likely run into five figures.

Launched in 1976, the SD1 received the European Car of the Year award the following year. But while it was beautiful and ambitious, it was no Porsche. Produced during the darkest, strike-ridden days of British Leyland, the SD1 suffered from poor construction quality from the get-go. The 4- and 6-cylinder versions made the SD1 more attainable but dented its luster as a powerful luxury car. It enjoyed a 10-year, 300,000-unit run nonetheless, and to this day the UK-based Rover SD1 Club has more than 6,700 online members.

The good news for American aficionados of obscure cars is that only the then top-of-the-line V8-S SD1 was available stateside, badged simply as the “Rover 3500.” The bad news is that in my 21 years over here I’ve never seen any on the road and have only ever seen one for sale. While fairly easy to track down in Europe, at the time of writing I could not locate a single SD1 on sale in the U.S.


12 Of The Ugliest Classic Pickup Trucks
Strange but true: Two of the Hottest Muscle Cars Were Statio...
America’s Greatest Junkyards
Do You Call This Overlanding? The HISTORY Channel Does
V10 'Formula' Supra Build: Ryan Tuerck Is Turning Heads Agai...
10 Examples Of a Replicar Being as Good as the Original