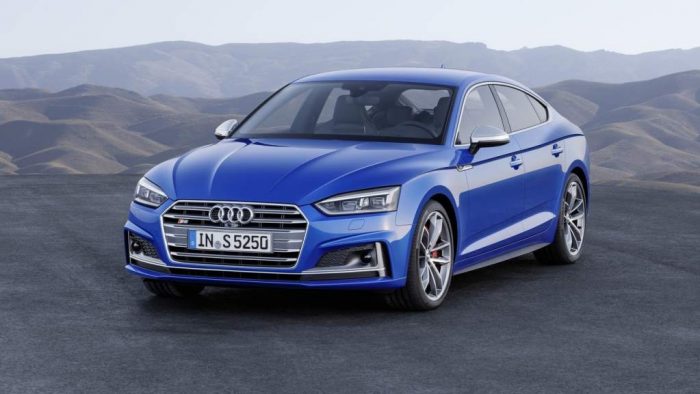 New, fresh, but quite expected look for the 2018 Audi A5 Sportback. Although, the A5 is a slick and elegant coupe we expected it to be a bit more different than the outgoing model. The same is happening with its saloon version – the A5 Sportback. It is a nice looking car, well proportioned and quite easy on the eye, however, it lacks the innovation we tend to expect from carmakers such as Audi. 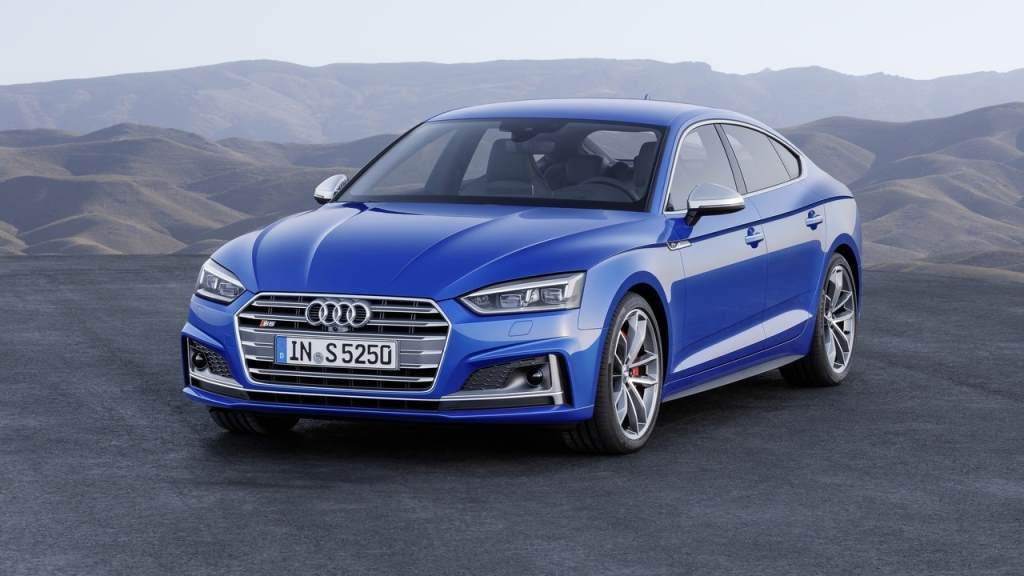 In spite of that, we like the car. Its front end is not any more rakishly angry as before. Yet, the hexagonal Audi grill and nicely sculpted front bumper bottom with the sharp chrome line give it more refined appearance. Yes, it is the same as on the 2018 Audi A5 Coupe giving the impression that Audi designers were a bit lazy. The truth is that the first gen of the A5 Sportback had the same mimicking problem if we may call it that. 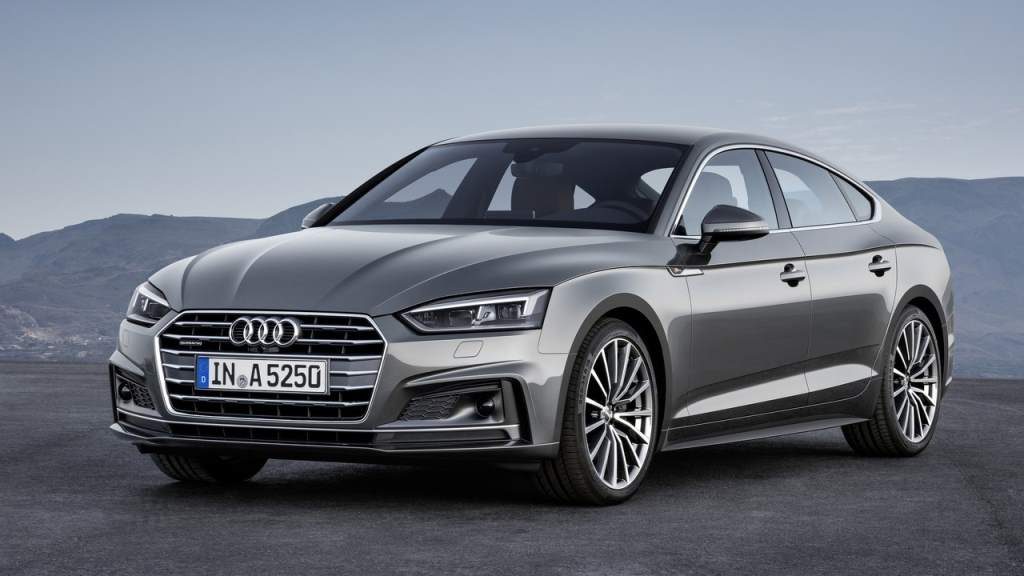 The sides are smartly executed. The roof is longer, but it starts to flow to the ground just above the B pillar. And this is the place where the A5 Sportback differs from the A5 Coupe. It has rear doors and a massive triangular window after them. With a heavily accentuated line above the door handles and slim lower hips with a muscular appearance, the A5 Sportback smartly carries the sporty character of the smaller Coupe. The rear end is, probably an identical piece of design as on the Coupe. 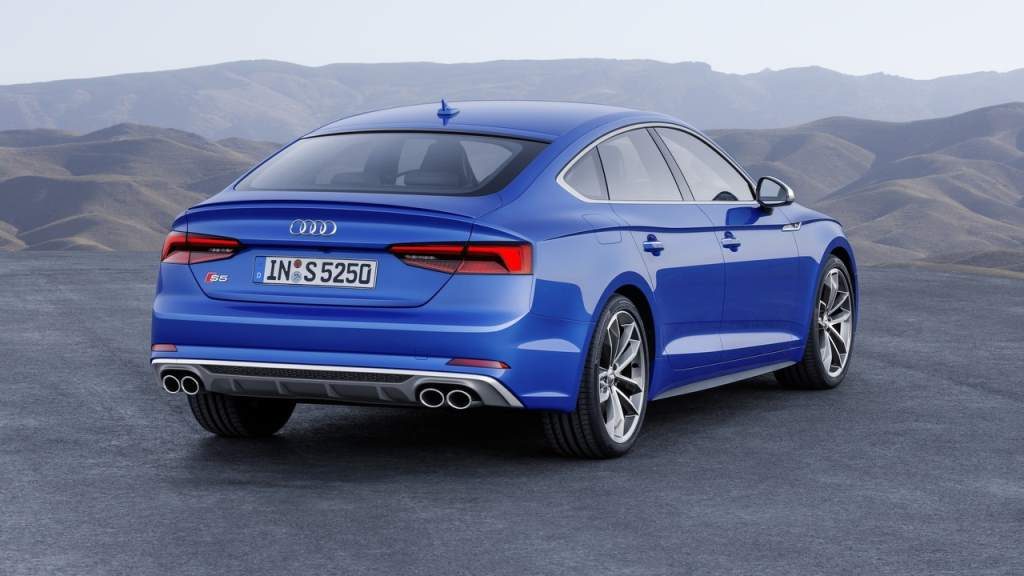 Expected length growth happened. More importantly than that, the 2018 A5 Sportback earned even more room inside. Increased interior length by 0.7 inches meant that passengers have more room for knees. Audi additionally improved Shoulder room – by 0.4 inches. Not a massive improvement, but some will feel it. 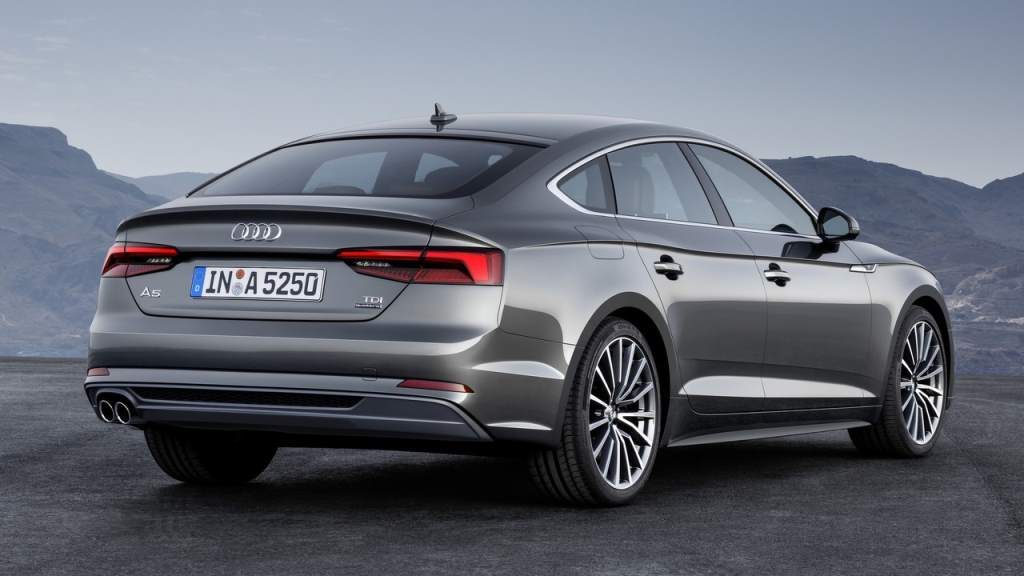 As for the whole interior arrangement, it is obvious the Audi did not do any experimentation. Everything we have seen in the A4 sedan and the A5 coupe is here. It works, for sure. Large 8.3 inch MMI display dominates the central stack. Thanks to this feature, the whole central stalk did lose a number of physical buttons compared to the outgoing model. Even more important for this case is the massive 12.3 inch Audi Virtual Cockpit behind the wheel. It is a state of the art display providing exceptionally clear data. Definitely better than just an analog tacho. Audi even prepared tablet like gadgets for the back seat entertainment. No one is left out. 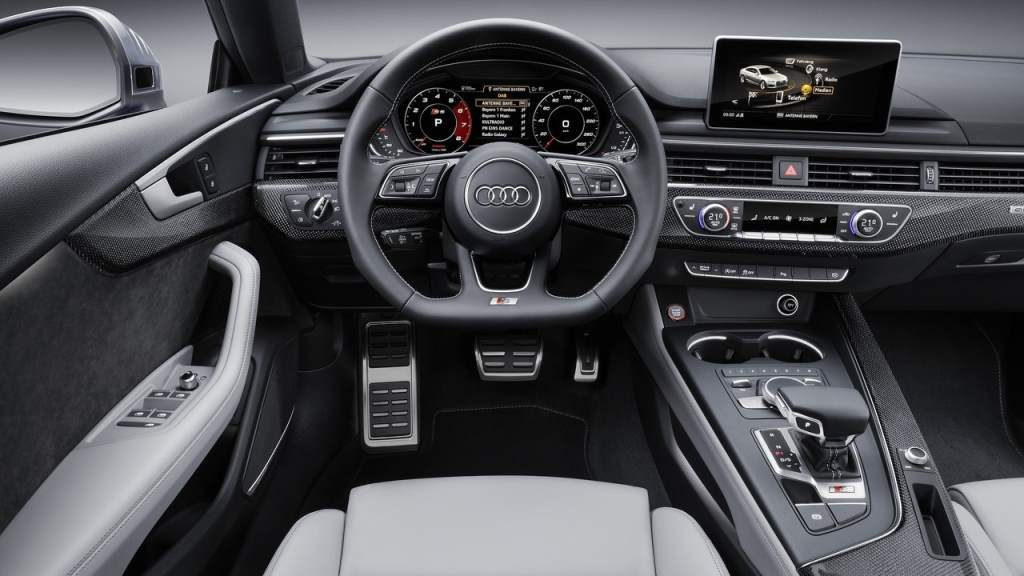 Taking it all from the A5 Coupe meant that the Audi A5 Sportback will continue with three petrol and three diesel engines ranging in power from 167 hp to 348 hp. Germans did not disclose US offering, though. Yet, we can expect a two-liter TFSI with 252 hp and 273 lb-ft of torque, as well as an S5 Sportback. Yes, it is unveiled along with other and it comes with a turbocharged three-liter V6. 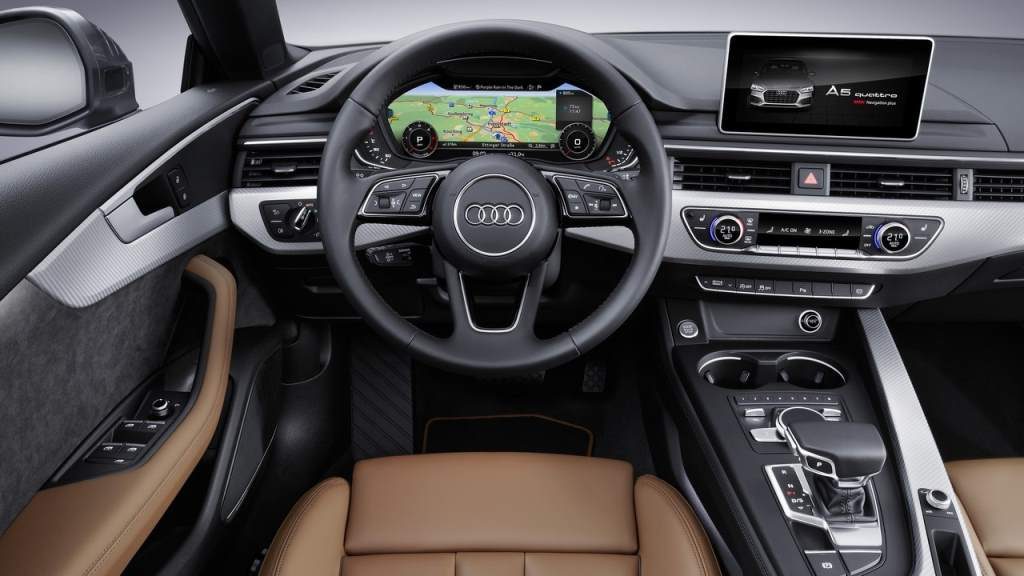 354 hp and 369 lb-ft of torque are on tap for the S5 Sportback and the most important fact about it is the acceleration figure. It hits 62 mph in 4.7 seconds – the same as the S5 Coupe. As expected, depending on the engine and drivetrain configuration (AWD or FWD), the A5 Sportback is available with a six-speed manual, seven-speed S-Tronic, and the best eight-speed auto. 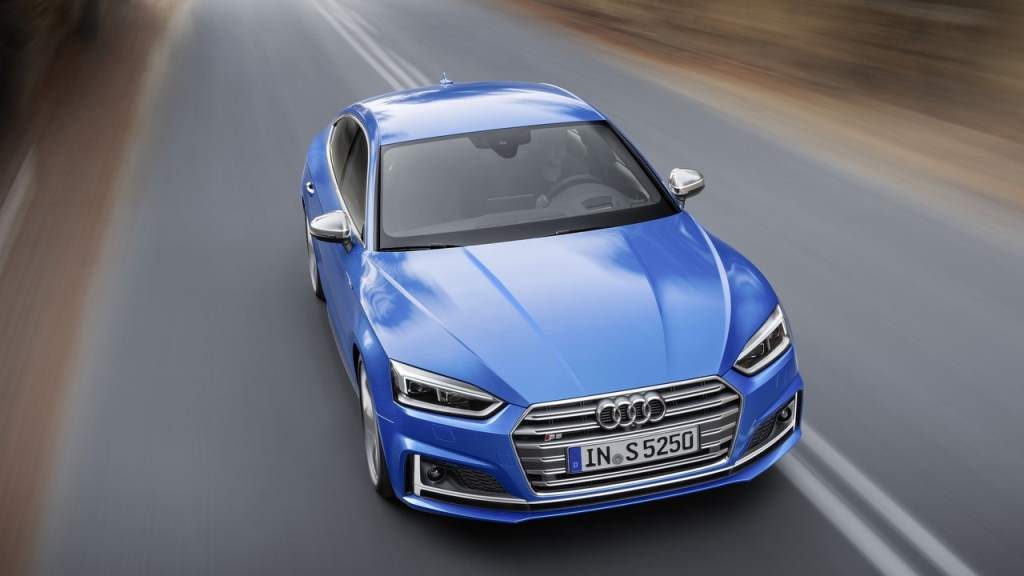 All that said, it seems that the newest A5 Sportback carries on all the features of the previous one and builds upon it. It is bigger, faster, more economical and nicer. Yet, it is lighter by a whole lot. Official estimates are that the A5 Sportback lacks a massive 187.4 pounds compared to the previous version. Now, it tips the scales at 3,240.8 lb. A lot of re-engineering went into it to achieve these results. 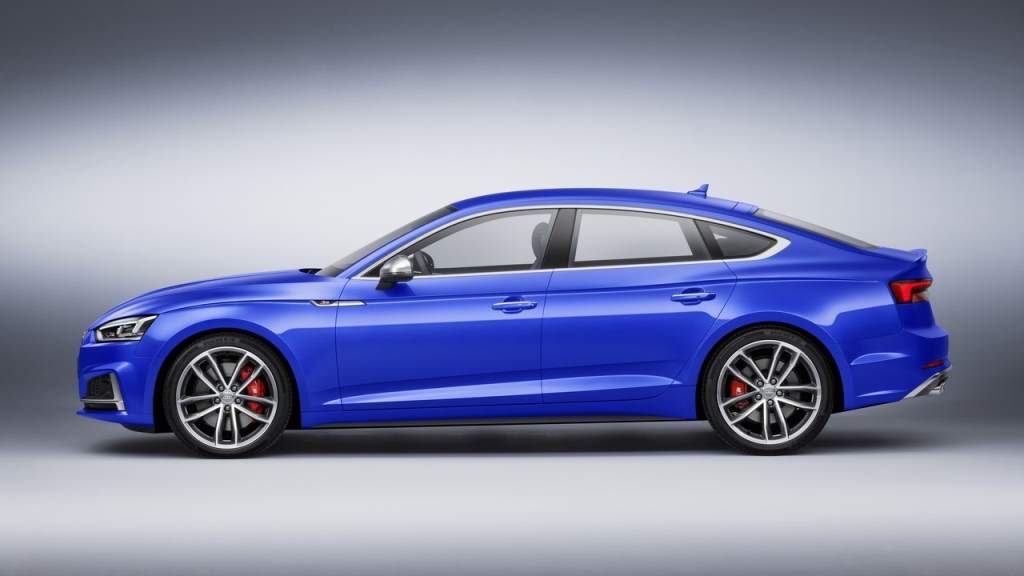 First of all, new modular platform underpins the car. Transition to longitudinal engines required Audi for a platform overhaul. This allowed the designers to integrate link rear suspension instead of a trapezoid link like in the car of before. We have not driven it, yet, we are sure the A5 Sportback is faster, harder and harsher. That is all we need. Furthermore, it received a special AWD which can disconnect rear wheels to save fuel on the highway. 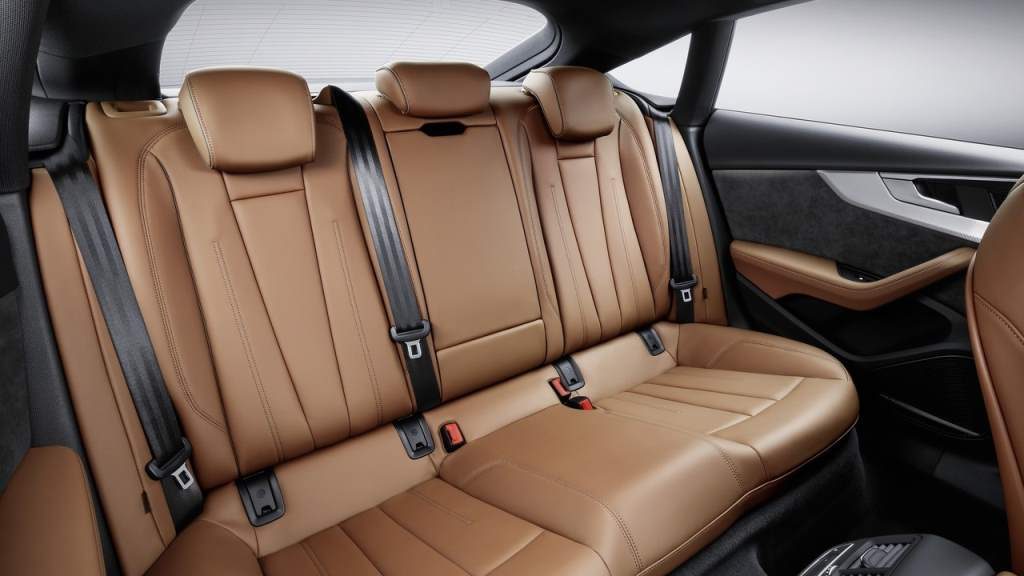 Expect a massive amount of additional equipment including the best safety features you can think of. 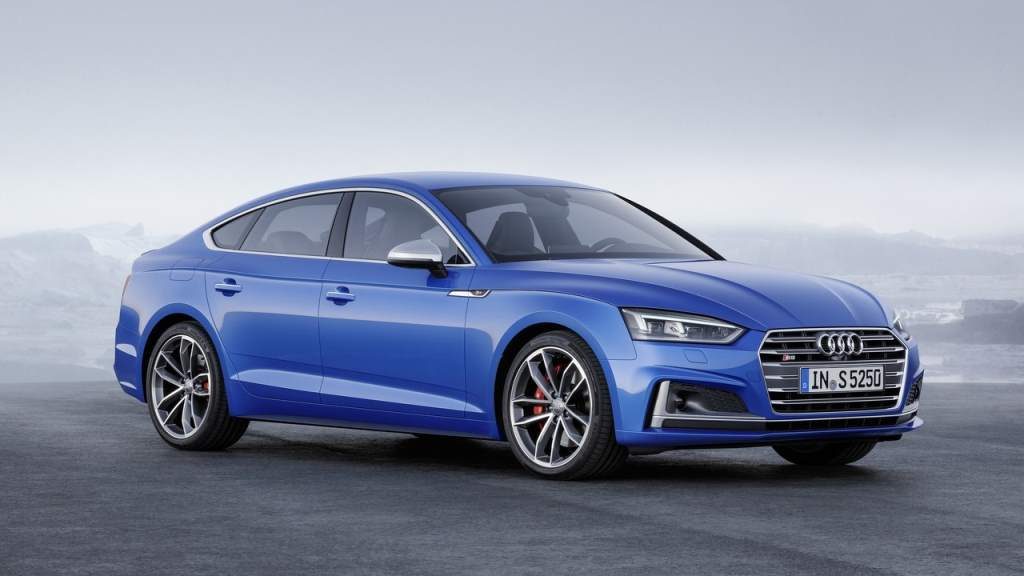