A major segment of the population loves cool cars. And many cars from our childhood or youth stick out in our memories because of their sexy looks, cutting-edge tech, or record-breaking speeds. Certainly, there have been a lot of new cars in the past 60 years, but some stand out more than others. Here’s a shortlist of the ones that many automotive enthusiasts consider to be the coolest cars of them all. 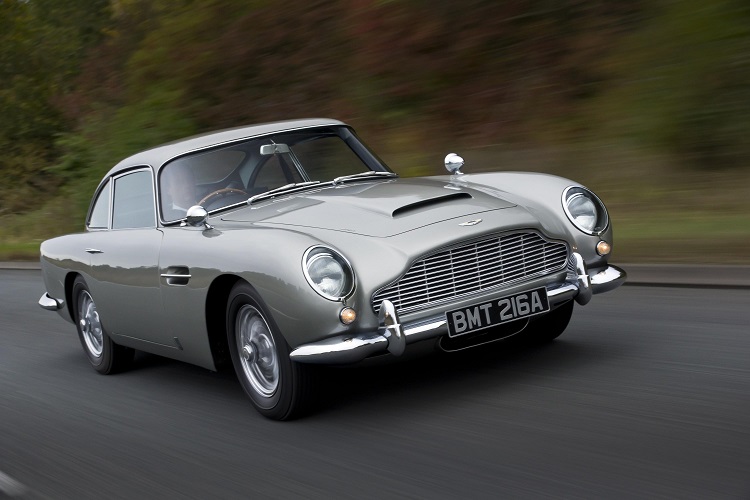 One reason why this car remains in our memories is thanks to James Bond. But another reason why we cherish it is that it is one of the best cars Aston Martin has ever made. Consider the headlights. Back in the days when this car graced the roads of Europe, cars featured round sealed-beam headlamps.

The designers at Aston Martin wanted to enhance the look of the car as well as improve its aerodynamics. So they added glass headlamp covers that matched the flow and surface of the metal — a design aesthetic that made the DB5 a head-turner both then and now. 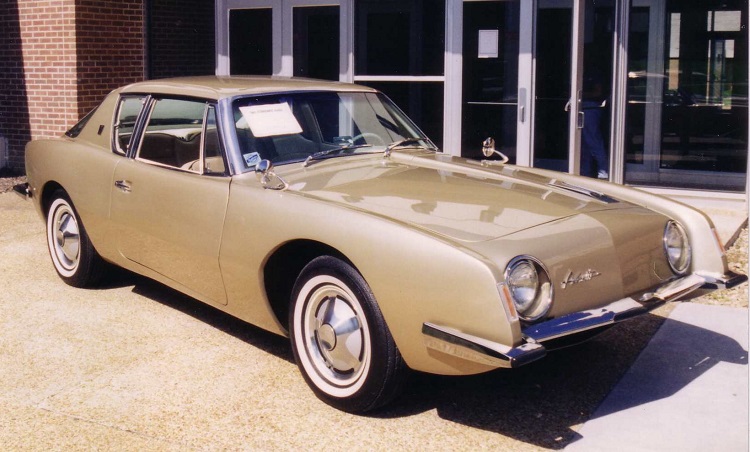 Before Studebaker faded from the automotive scene, it introduced a groundbreaking high-end luxury car called the Avanti. And though the car was never mass-produced, it featured some groundbreaking technologies that led the way for other great cars to come.

For example, the futuristic shape of the vehicle was achieved with glass-reinforced plastic, now known as fiberglass. Moreover, it was the first American production car to feature standard front disc brakes and the first to incorporate a “bottom breather” design. Thanks to this innovative design there was no need for a conventional grill as the air needed to cool the front-mounted engine entered from under the front of the vehicle. 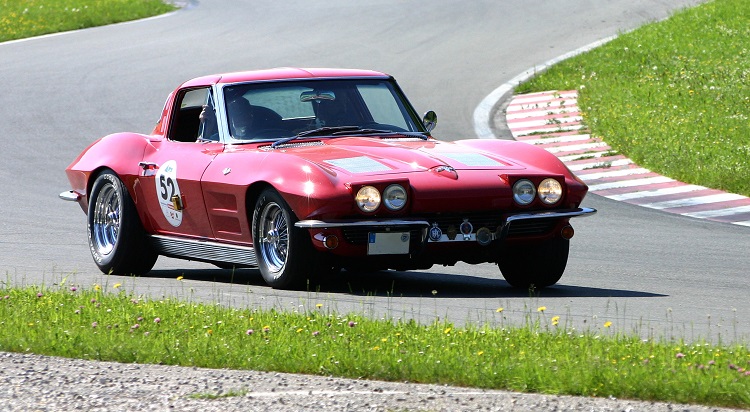 What red-blooded young American boy didn’t have a picture of this car taped to the wall of his bedroom or impaled on a corkboard above a desk? The Chevrolet Corvette Stingray oozed futuristic vibes due to its unusual exterior silhouette and its divided rear window. Another feature that people liked was the covered headlamps that opened up to reveal the headlights. The Stingray was the first American car since the 1942 DeSoto to sport this feature. 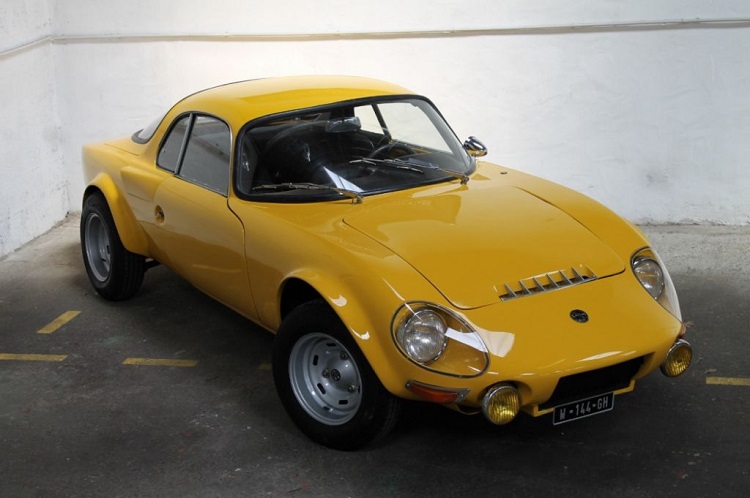 Manufactured by a French carmaker in 1965, the Djet was the first vehicle to locate the engine in the midsection of the car. It also featured a long tail and bigger fenders so it could accommodate wider wheels. It included disc brakes and independent suspension with wishbones and coil springs. Yuri Gargarin, a Soviet cosmonaut who was the first man to orbit the Earth, owned one. 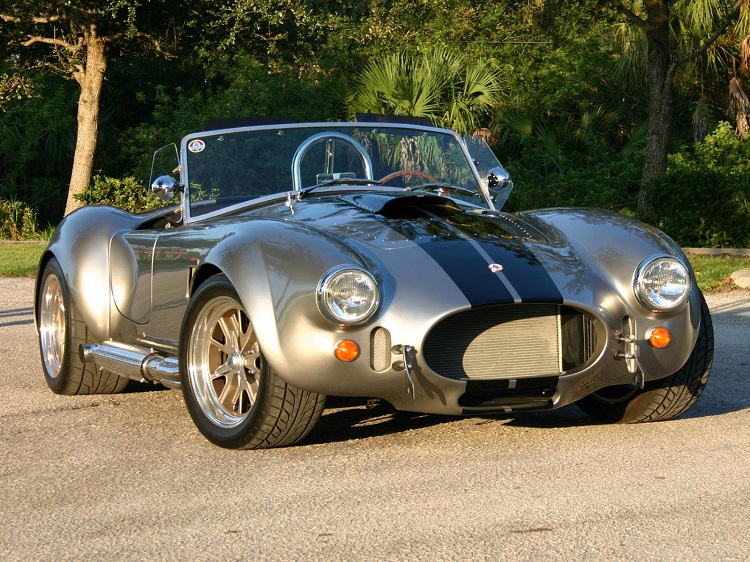 Ford got a major shot in the arm when designer Carroll Shelby created the Shelby Cobra. The car featured a new four-inch chassis made of tubes and was equipped with a coil spring suspension. Drivers had their choice between a Ford 427 engine that generated 425 hp with a top speed of 164 miles or a 485 hp engine with a top speed of 185 mph. Either way, the Shelby Cobra was one of the coolest cars Ford ever produced. 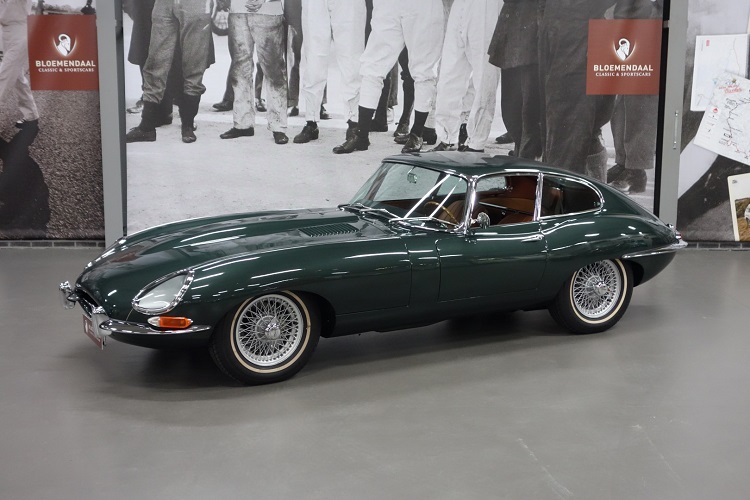 Also known as the Jaguar XK-E for the North American market, this Jaguar sports car was manufactured between 1961 and 1964 and originally came with a 3.8L engine and non-synchromesh transmission. The engine and torque were increased by around 10 percent and the car included a fully synchronized transmission, an alternator instead of a generator, and new reclining seats in the 1965 to 1967 version. Enzo Ferrari called it “the most beautiful car ever made.” 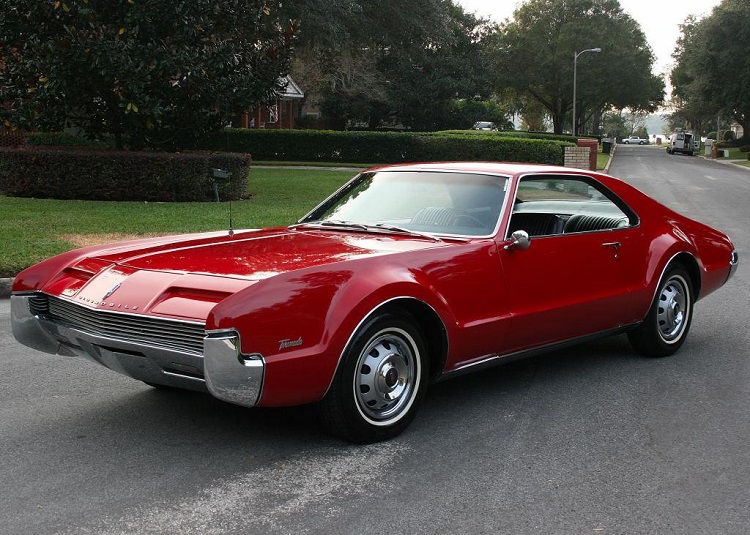 Both a luxury car and a muscle car, the Toronado featured an Oldsmobile 425-cubic inch 7L, Super Rocket V8 that generated 385 hp and 475 lb.-ft. of torque. It also included other General Motors innovations like a heavy-duty Turbo-Hydramatic 400 3-speed automatic transmission, a Rochester Quadrajet four-barrel carburetor, and spherical shaped exhaust-manifold flange gaskets, which offered free movement of the exhaust system and prevented leaks. Its tech was cutting edge, and its looks were memorable. Plus with a name like the Tornado, how could you go wrong? 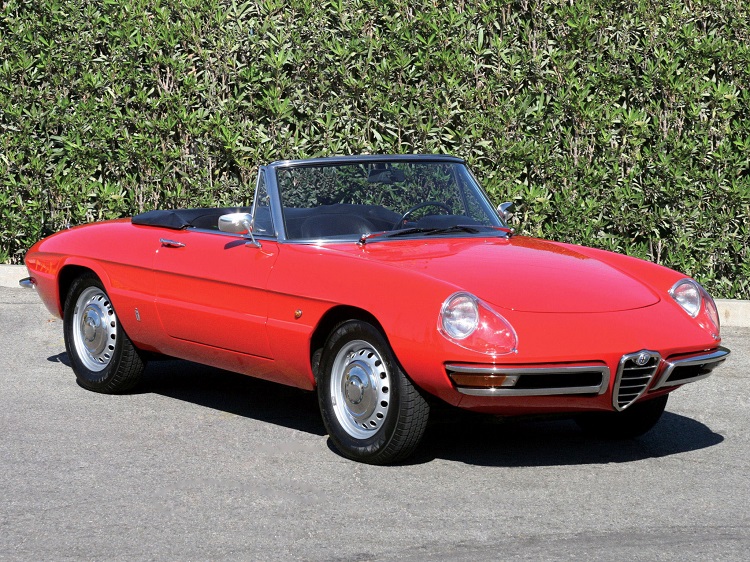 Boosted by its appearance in the 1966 movie “The Graduate,” this Alfa Romeo is a legend, and rightfully so. It was a convertible that came with no roof and included an aluminum 1,570 cc twin-cam engine with dual Weber two-barrel side-draft carburetors that generated 108 hp. It also came standard with a 5-speed manual transmission and disc brakes. That’s a lot going for a car that originally sold for $3,950 in the United States. 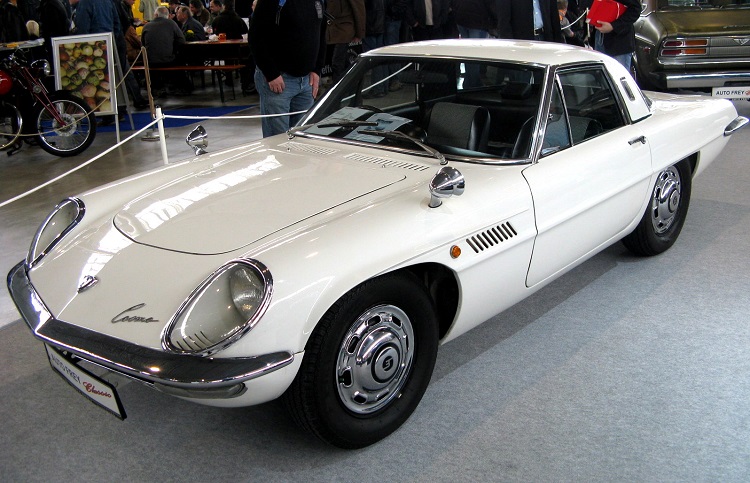 Named the Cosmo as Mazda’s salute to the space race, this vehicle was the first car to be powered by the Mazda Wankel rotary engine. The engine provided a tax break for Japanese owners because, although it was more powerful than a traditional inline engine, its smaller size allowed it to avoid a higher tax bracket. In addition to being innovative, the Cosmo also looked the part, too. 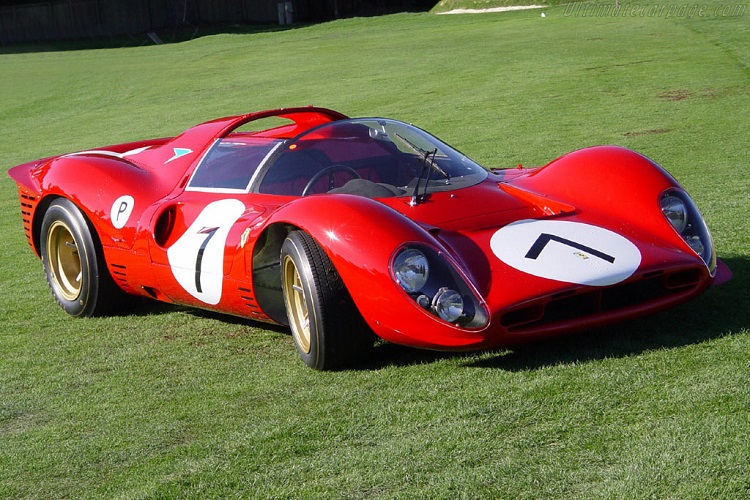 Straight from the Ferrari glory days, the Ferrari 330 P4 was the race-ready speedster of every driver’s dreams. It featured a V12 engine located in the mid-section of the car and the 3-valve cylinder head was modeled after one in the winning car in the Italian Grand Prix Formula One race. The powertrain generated an astonishing (at the time) 450 hp. 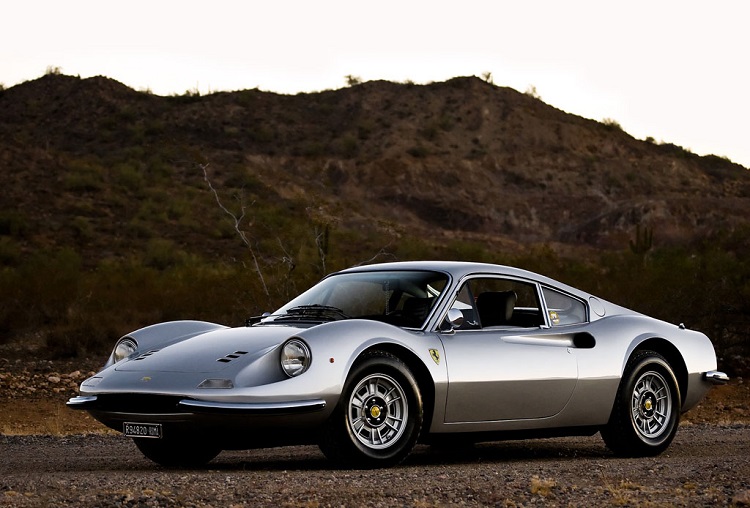 This prancing pony car featured a 2.0L all-aluminum V6 engine that was transverse-mounted in the midsection of the car. It generated 160 hp with an 8,000 rpm redline and made 138 lb.-ft. of torque at 6,500 rpm. Auto journalists were impressed by its driving qualities and design.

In 2004, Sports Car International ranked the car number six on its list of “Top Sports Cars of the 1970s.” Motor Trend Classic ranked it at number seven in its list of the “10 Greatest Ferraris of All Time.” One look at this beauty and it shouldn’t be hard to see why it’s still one of the coolest cars ever made. 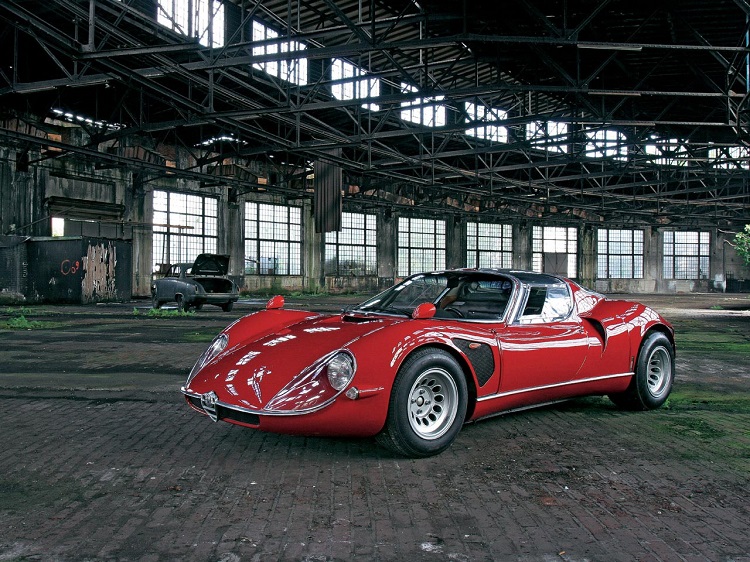 Italian auto manufacturers used the word “Stradale” to define a street-legal version of a racecar. This Alfa Romeo was derived from the Tipo 33 sports prototype. It was the first production car to have butterfly doors and featured windows that seamlessly curved upward into the roof. It also featured an aluminum body on an aluminum tubular chassis. Late models included vents behind the front and rear wheels that released hot air from the brakes. It sported 13-inch Campagnolo magnesium wheels. 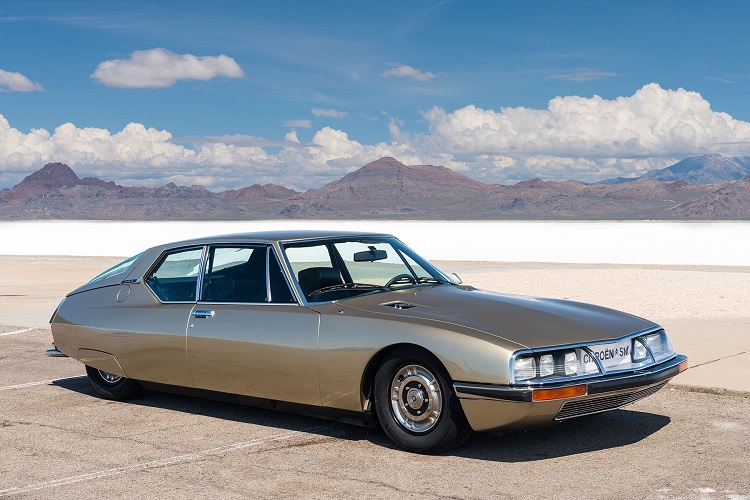 A high-performance coupe that was manufactured from 1970 to 1975, the SM finished third as the 1971 “European Car of the Year” and won the 1972 “Motor Trend Car of the Year Award” in the U.S. Some innovative technology featured in the car included variable-assist power steering called DIRAVI and carbon-reinforced resin wheels. Plus, this sporty coupe was fun to drive — and to look at. 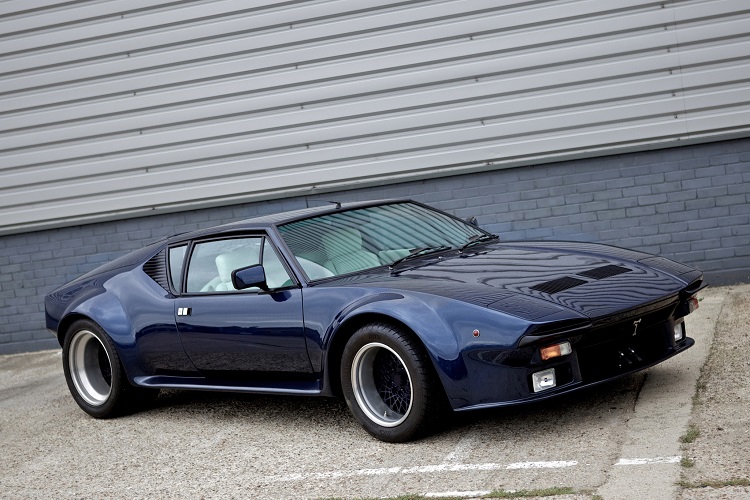 This mid-engine sports car was Italian made and imported into the U.S. by Ford from 1971 through 1975. Many features of the 1971 Pantera were modified in the 1972 model. The Ford 5.8L V8 that was in the ’71 Pantera was replaced in the ’72 model by a new 4 Bolt Main Cleveland engine that was also 351-cubic inches. The engine had a lower compression ratio and included a Cobra Jet camshaft to retain some of the power lost through the reduction in compression. 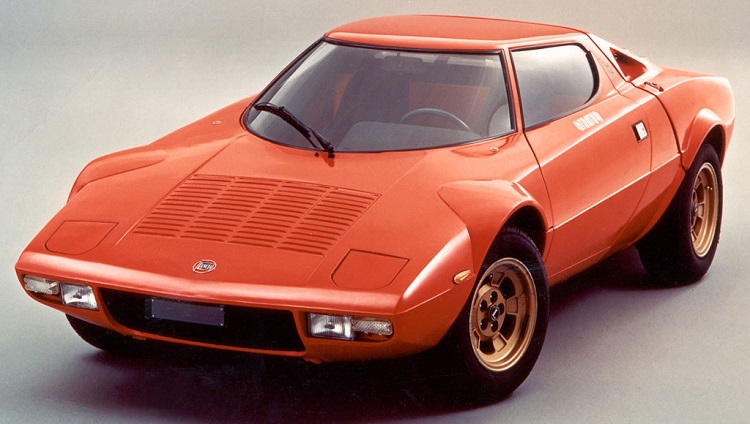 A sports and rally car, the Stratos won three consecutive World Rally Championships from 1974 through 1976. It was lightweight and powered by either a 12-valve engine that generated 275 hp or a 24-valve engine that produced 320 hp. Although the car was never intended to race, two were manufactured with an engine that included a single turbocharger that bumped power output to a whopping 560 hp. 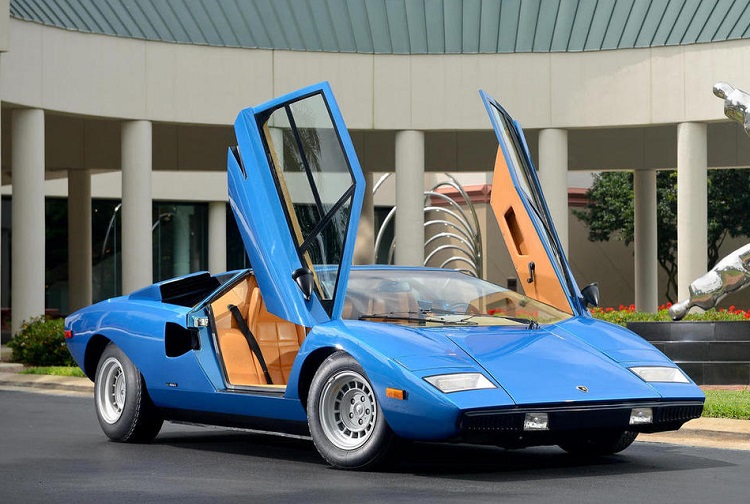 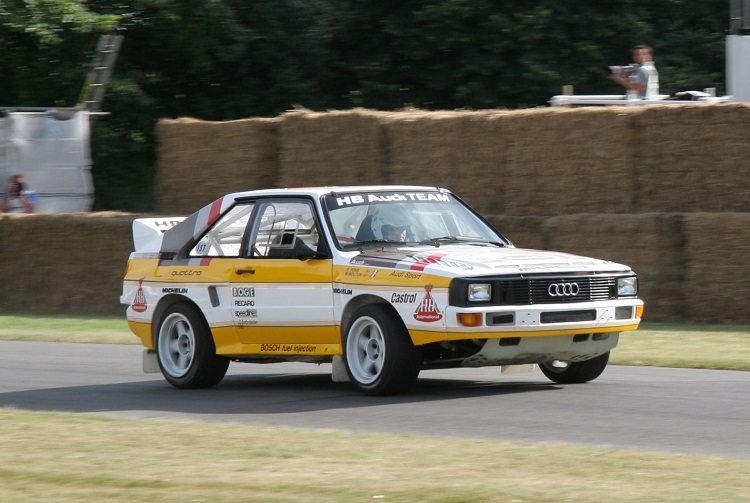 The Audi Sport Quattro introduced four-wheel drive to racing. The car also featured a carbon-kevlar body and an aluminum alloy 2,133cc (130.2-cubic inch) 2.1L 20v DOHC engine, which was slightly smaller than the Audi Quattro engine. As a street-legal car, the engine generated 302 hp, slightly less than the race-tuned 444-hp engine. Thanks to its many podiums, it became one of the coolest cars of the ’80s. 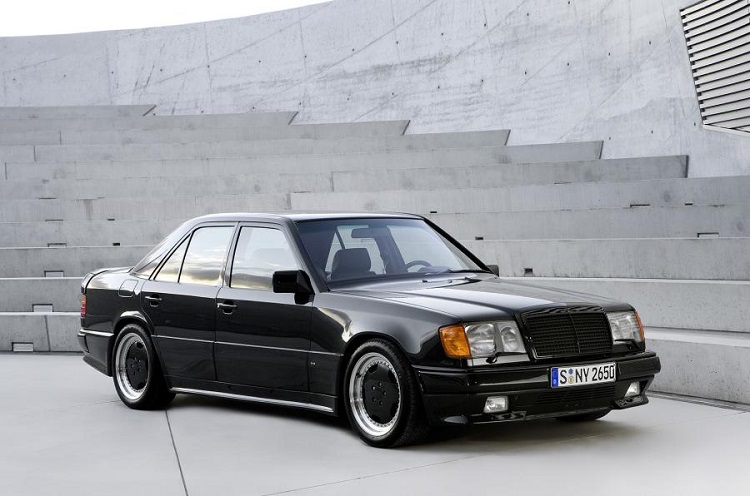 The W124 Hammer was born when AMG started off with a Mercedes-Benz 300E and fitted it with a 5.6L M117 V8 and then bolted on DOHC cylinder heads with four valves per cylinder. The new engine generated 355 hp compared to the 177 hp produced by the original engine. In another version, the AMG masters bore out the engine to 6.0L and matched it with a re-valved 4-speed transmission, making the Hammer as aggressive under the hood as it looks on the street. 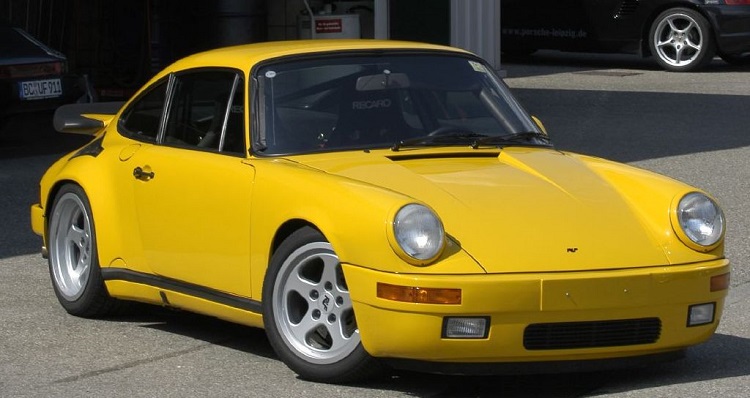 When tuners got their hands on a Porsche 911 and converted it into the Ruf CTR Yellowbird, the vehicle outperformed many high-performance cars including the Ferrari Testarossa and Lamborghini Countach. Although it was slower than the Porsche 959 from 0 to 60 mph, it still outperformed the Porsche 959 and Lamborghini Diablo in 0 to 100 mph runs and occasionally achieved a considerably higher top speed than those cars. At the time, it was the only twin-turbocharged 911 in the world. 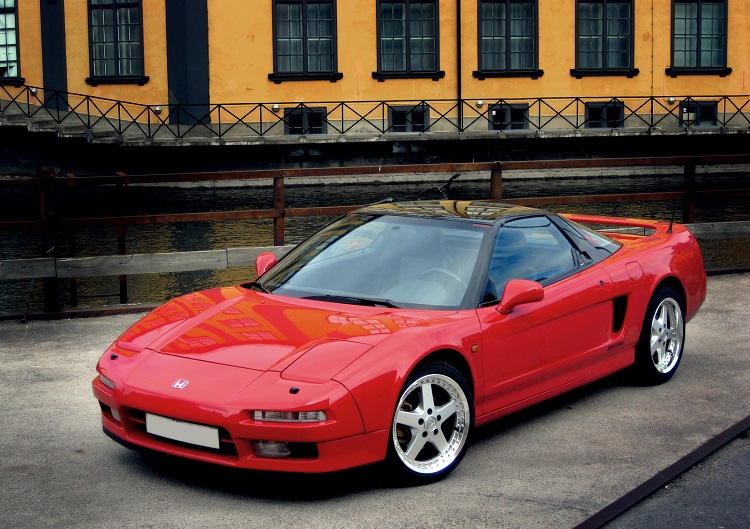 The Honda NSX was the first mass-produced car to be made of an all-aluminum body. And it was no slouch under the hood either as it was powered by an all-aluminum 3.0 L V6 engine that included Honda’s VTEC system, a 5-speed manual or 4-speed Sports Shift automatic transmissions. The NSX quickly gained a cult following in the world of driving enthusiasts. 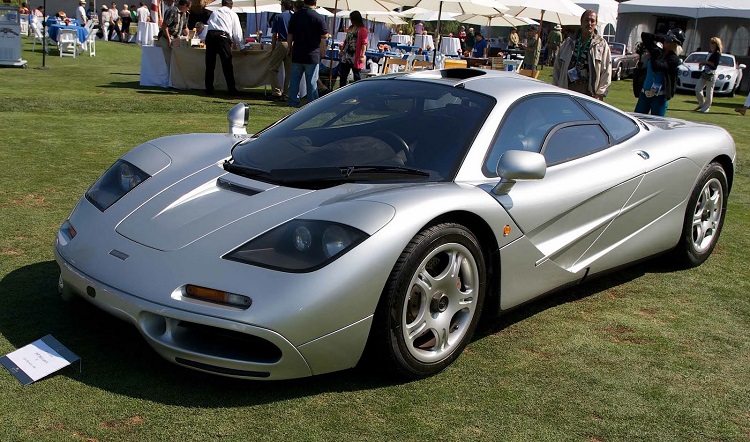 At the time of its debut, the McLaren F1 was recognized as the fastest car in the world. It features a plethora of proprietary designs and technologies including a lighter body, a more streamlined structure, and a driver’s seat located in the center of the passenger compartment and slightly forward of the two passenger seats, offering better driver visibility than the conventional seating alignment.

Although not designed to be a racer, a modified version of the car won several races including the 24 Hours of Le Mans in 1995. In 1994, a staff writer for the British car magazine “Autocar” wrote after a road test, “[This is] the greatest automotive achievement of all time.” 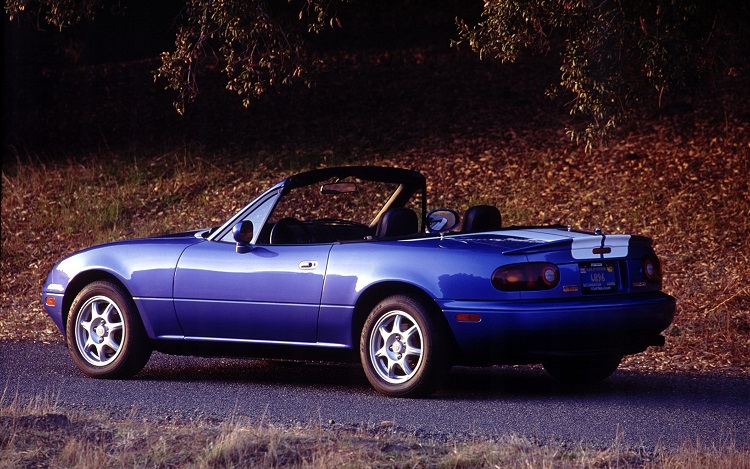 Considered the epitome of a sports roadster, the original Mazda Miata was powered by a 128-hp, 1.8L, double-overhead-cam 4-cylinder engine that was installed longitudinally. The engine was mated to a five-speed manual transmission and a four-speed automatic was available as an option. A relatively affordable option compared to the supercars of its day, the Miata quickly became a dream car that enthusiasts could actually hope to own. 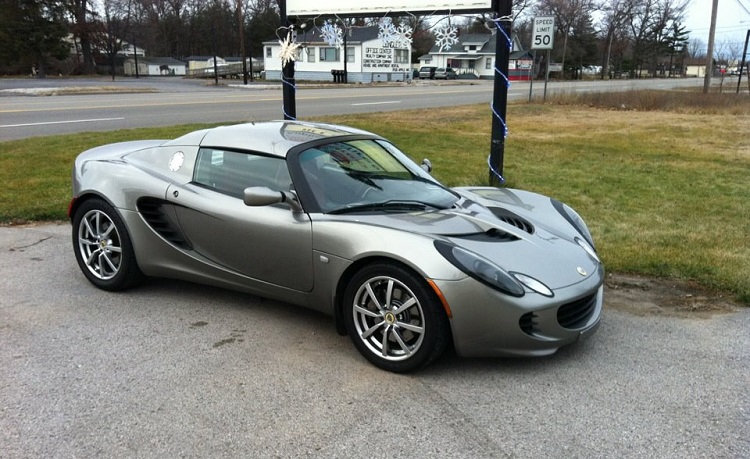 The Lotus Elise is considered to be one of the best handling cars ever made. It can race from 0 to 60 mph in 4.9 seconds and has a top speed of 141 mph. The prototype achieved close to 150 mph. This street-legal roadster was the closest thing you could get to driving a modern race car for your daily commute. 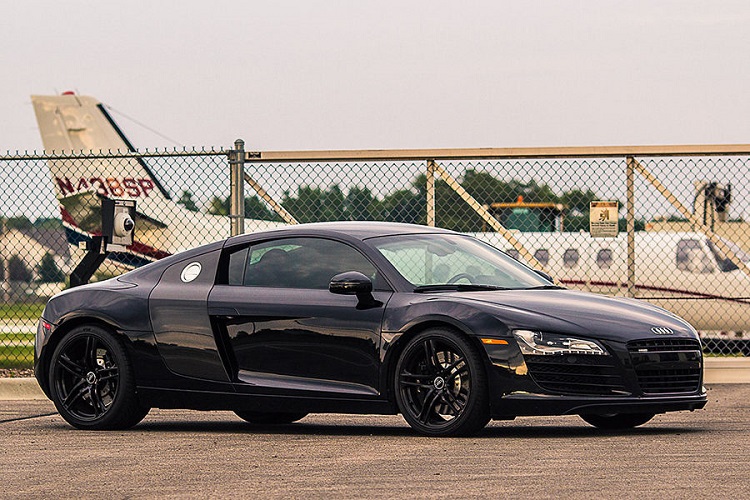 This all-wheel-drive coupe from Audi features a 4.2L 8-cylinder naturally aspirated engine with a double overhead camshaft that produces 414 hp at 7,800 rpm. With a maximum torque of 317 lb.-ft. at 4,500 to 6,000 rpm, the R8 had plenty of get-up-and-go, all in a streamlined package that could be feasibly driven on the road. 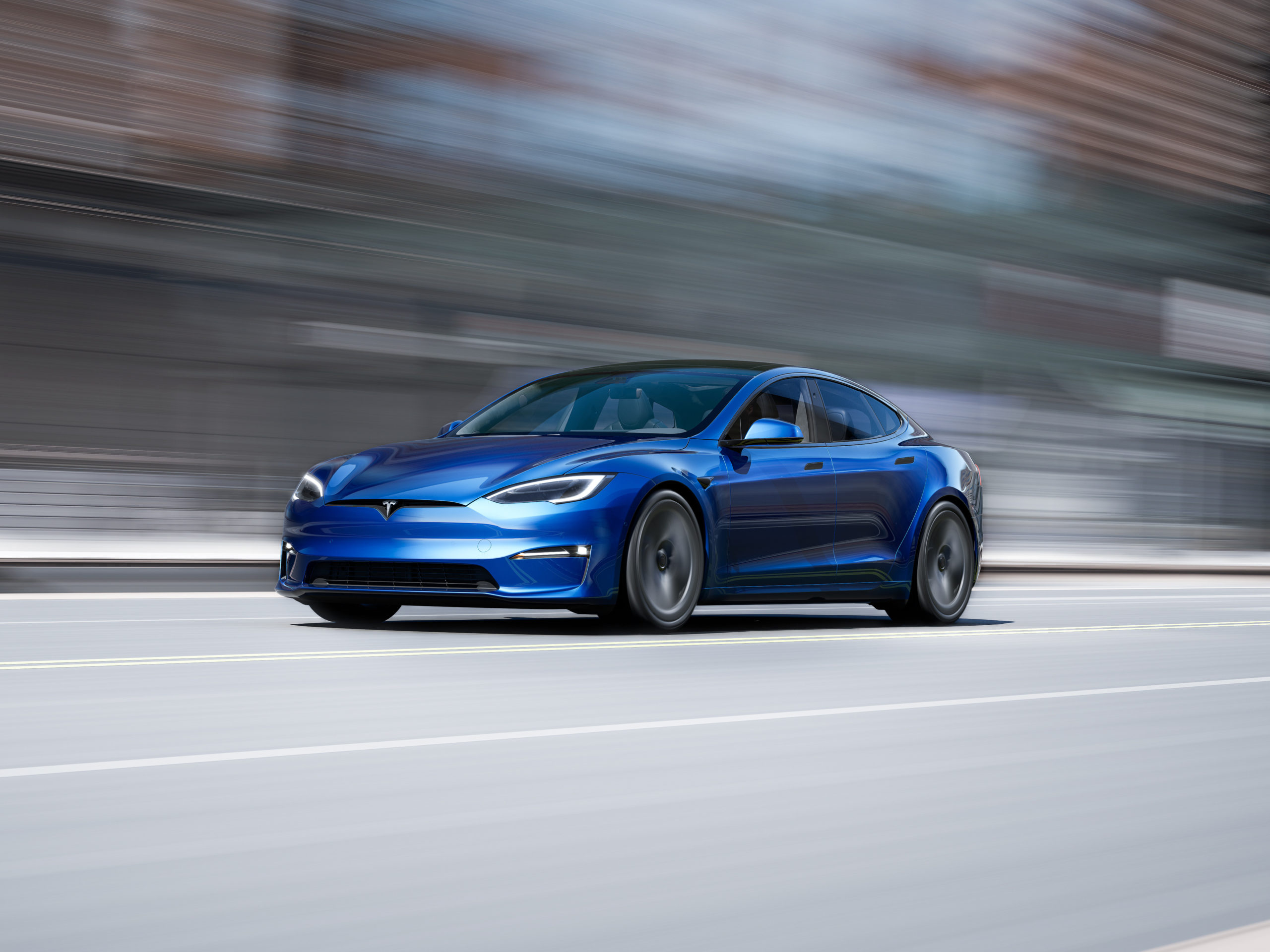 Though Tesla has been on the cutting edge of automotive design since day one, the Model S Plaid is perhaps the Tesla most likely to make car lovers perk up an ear. The numbers speak for themselves on this EV. The sedan has a 1.99 second 0-60 mph and a top speed of 200 mph. With a peak power output of 1,020 hp, the Model S Plaid is anything but your casual grocery-getter – even though it might look a bit plain from the outside.