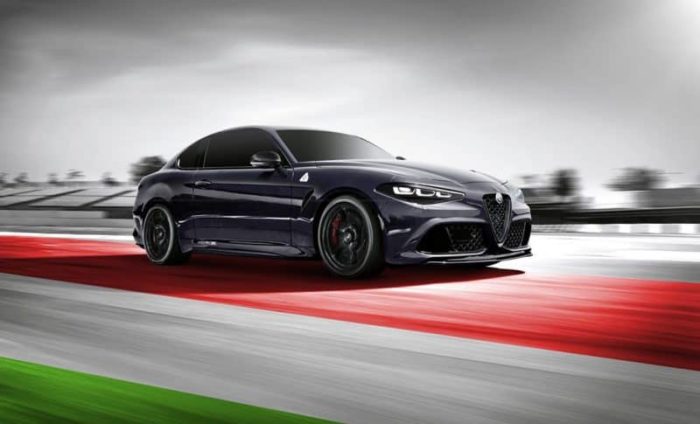 The Italian automaker is considered both iconic and dreaded at the same time, but that’s exactly what’s earned them such a cult-like following across the globe. Although they had abandoned the U.S. market back in 1995, one of FCA’s numerous divisions has recently returned as an upscale badge and is already drawing lots of attention. After MY 2019, which has helped them establish a more meaningful foothold on this side of the Atlantic, we’ll now take a look at what the 2020 Alfa Romeo lineup has in store of us as the Italians are preparing to take the ever-important next leap forward.

Since Alfa Romeo has only recently started recording meaningful sales figures here, they’ll have some catching up to do in the coming years. The Italians have recorded a significant increase in U.S. sales from 528 units in 2016 to 12,031 vehicles in 2017, however. Their totals for 2018 amount to 23,800 units but the first half of 2019 hasn’t been as successful considering Alfa’s sales have been in decline this year.

Of course, Alfa owes the significant increase in 2018 sales to its new crossover Stelvio. Although this trend is obviously failing to materialize in 2019, it might well see a resurgence in 2020. After all, the Italians are planning on introducing yet another new model by that time – the GTV coupe. The revival of the iconic Alfa Romeo nameplate isn’t everything the Italians have up their sleeves, however. Here’s what else to expect from them in 2020.

And here’s what their parent Fiat division has in store for U.S. customers in 2020.

As mentioned above, the iconic GTV will be the first of hopefully many revived iconic Alfa Romeo nameplates, and the Italian manufacturer certainly has plenty to offer on that front. What’ll essentially be a 2-door Giulia actually stems from the famous Gran Turismo Veloce 2-door cars of the 70s and 80s. The last models to wear the iconic moniker were the 2-door coupe and roadster duo discontinued back in 2006.

The 2020 Alfa Romeo GTV is bound to cost more than its Giulia sibling which currently goes for anything between $40,000 and $75,000. Comparable GTV models could add as much as $10,000 to the aforementioned price tags. Despite that, the entry-level GTVs should still be the most affordable ways of obtaining an Alfa coupe since the 4C coupe has recently been axed, while the forthcoming 8C might cost as much as $250,000 and won’t arrive for a while yet.

The new GTV Giulia coupe has been announced with a hybridized 600 plus horsepower powertrain which will evidently sit at the top of the food chain. Likely to wear the Quadrifoglio moniker, the range-topping GTV should pair the slightly more conventional 505-horsepower Giulia Quadrifoglio’s 2.9L twin-turbo V6 with an electric motor or two. Aside from north of 600 ponies, standard all-wheel drive, and torque vectoring, the upcoming Alfa GTV Quadrifoglio should also offer up to 30 miles of range on electric power alone.

At the lower end, the GTV coupe should offer another one of the Giulia’s engines – a 2.0L turbo four just shy of 300 horsepower this time. The entry-level GTV coupe should mimic the Giulia sedan in other segments as well, and offer rear-wheel drive as standard. More will be known after one of the upcoming auto shows in 2020, but the Alfa Romeo’s future in the U.S. begins to look promising.

The company is apparently in no rush to push it to the market in spite of their recent sales troubles, hence we might not end up seeing the GTV prior to 2021. Later still, the coupe might end up spawning a drop-top version with equal credentials. 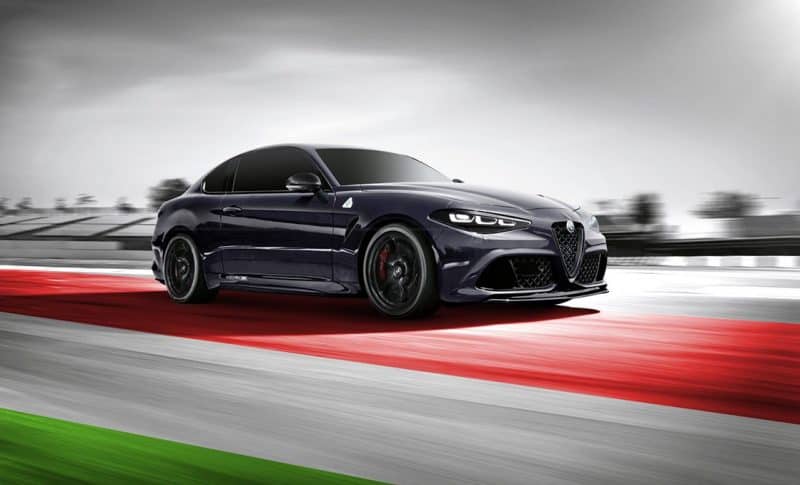 Considering it’s still in relatively early days, the Stelvio SUV can easily get the benefit of the doubt on our part. It’s a great-looking crossover with brilliant performance to boot if optioned properly, but still, there are issues looming above it like the sword of Damocles. For starters, the Stelvio suffers from sub-par interior quality and there’s always an issue of Alfa’s own reliability. Then again, the latter is actually a part of why the Alfa Romeo is considered an enthusiasts’ brand since every true gearhead has to be a masochist as well.

However, a fresh start on the U.S. soil seems to be working wonders for the brand as Alfa’s chronic reliability issues seem to be a thing of the past (fingers crossed). Seen in this new light, the Alfa Romeo Stelvio is actually one of the best options on the market, and hopefully, things will only improve going forward into 2020 and beyond.

The 2020 Alfa Romeo Stelvio retains its current design language in check as a mid-cycle refresh probably won’t affect it prior to 2021. Changes for 2020 are still here and include a new 8.8-inch touchscreen display, new optional advanced driving aids like a semi-autonomous driving mode, and some standard ones like autonomous emergency braking. A wireless smartphone-charging pad is also available.

The Stelvio’s powertrain lineup consists of a standard 2.0L turbocharged 4-cylinder engine and a performance-oriented 2.9L twin-turbo V6. The former is good enough for 280 hp and 306 lb-ft of torque while the latter makes 505 ponies and 443 lb-ft in the Quadrifoglio trim.

The performance Stelvio Quadrifoglio option also costs north of $80,000, whereas the conventional Stelvio starts from around $40,000; this is quite a gap for two cars riding on the same platform and featuring very similar arrangements. The more expensive Stelvio rewards its owners with rather thrilling drive for a premium crossover, and that’s what Alfas are all about. That and being appealing to the eye, of course. 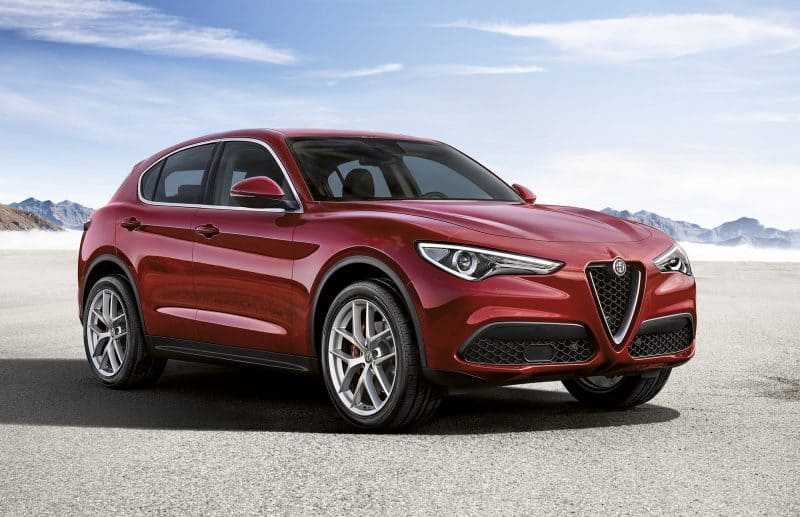 The 2020 Giulia is the fourth model in succession without significant changes but not everything remains as it was in 2019. The Giulia and Stelvio receive the same set of updates which sees a new infotainment system becoming standard across the range together with automated emergency braking and forward-collision warning. Anodized Blue, Lunare White Metallic, and Verde Visconti Metallic are the new exterior colors.

With prices ranging between $38,000 and $74,000, the Giulia can seem like an affair more expensive than it’s worth. Fear not, though, as the iconic Italian division’s woes are finally behind them. If the Alfa Romeo Giulia proves to be at least half as reliable as it’s lovely – which should be the case – the prospective 2020 Alfa Giulia owners will be more than satisfied with it.

Considering the Stelvio crossover borrows the Giulia’s platform and powertrains alike, the striking Italian sedan also offers a couple of very different powertrains. Base models are paired with a competent 2.0L turbocharged 4-cylinder capable of producing 280 ponies and 306 pound-feet of torque. They’re also fitted with an 8-speed automatic transmission and either standard rear- or optional all-wheel drive.

The more expensive Giulia Quadrifoglio, on the other hand, delivers as much as 505 horses and 443 pound-feet of twist – courtesy of a Ferrari-sourced 2.9L twin-turbocharged V6 mill. Both models are a joy to watch and drive alike so we’ll forgive them for posting lower acceleration figures despite sporting more power than their competitors.

It’s been a while since we’ve had the opportunity to enjoy a sedan of Alfa Romeo Giulia’s pedigree. Long may it last. 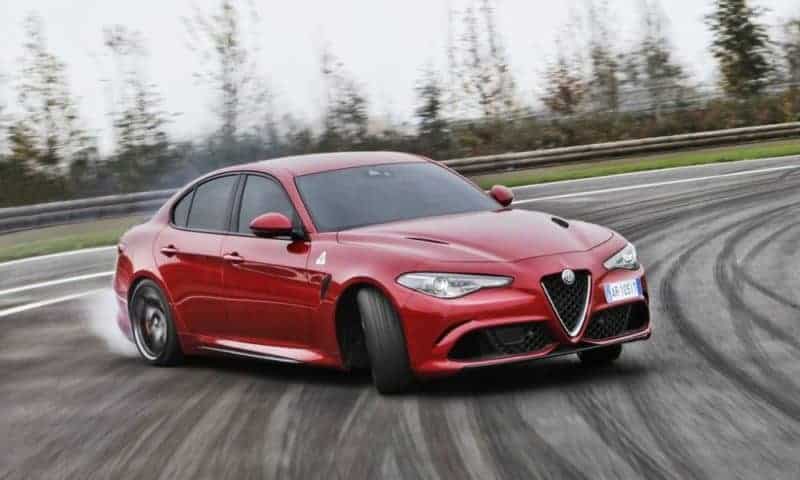 What’s Not in the New Alfa Romeo Lineup

As mentioned above already, the 4C sports coupe and roadster are slowly but steadily on their way out of Alfa Romeo dealerships. The $56,000 coupe has already been discontinued in the U.S. which barely comes as a surprise considering it’s been a slow seller since day one. The $67,500 4C Spider carries over for a while, but it too will likely sing its swan song after 2020.

Speculations about its replacement are already mounting, but we won’t explore that particular road at this time. Instead, we’ll tell you the truth about the 4C. It’s uncomfortable, not exactly well-built, extremely loud, and much too crude for everyday use.

However, it’s also tons of fun given the right circumstances. Beautifully designed and adequately powered, the Alfa Romeo 4C Spider can be one of the best cars in the world at that particular moment you find yourselves on the right road. New for 2020 is the Italia package which features Misano Blue Metallic paint, some exterior cosmetic upgrades, and a number plate on the center console.

The 4C Spider might be the most outdated of 2020 Alfa Romeo models, but it certainly doesn’t feel like one when it comes to its powertrain. The roadster is powered by a compact yet potent 1.75L turbocharged 4-cylinder engine capable of producing as much as 237 ponies and 258 pound-feet of rotational force, giving it lightning-quick acceleration. The convertible will hit 60 mph from a standstill in just 4.1 seconds which is a tremendous time for a sub-2.0L displacement turbo four unit.

Yet, for almost $70,000, people can find even more pacey luxury cars that come in way more comfortable and practical packages. The Alfa Romeo 4C was always intended as a niche sports 2-seater, but it could have also been executed with much more emphasis on driver – and especially passenger – comfort. 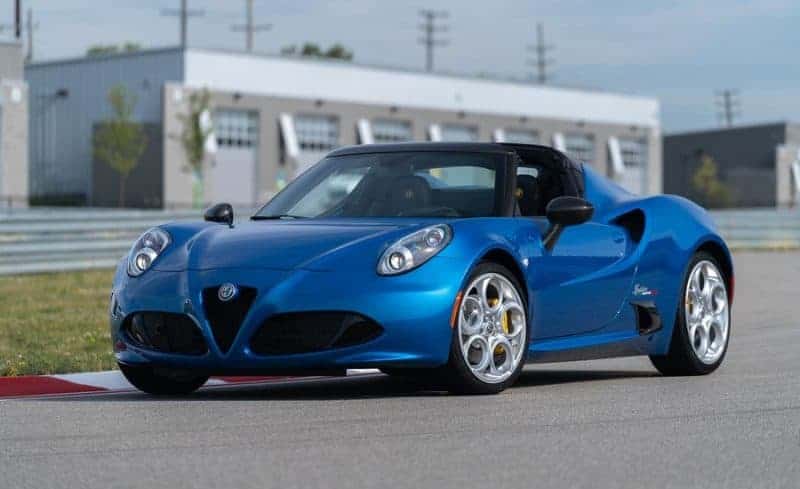