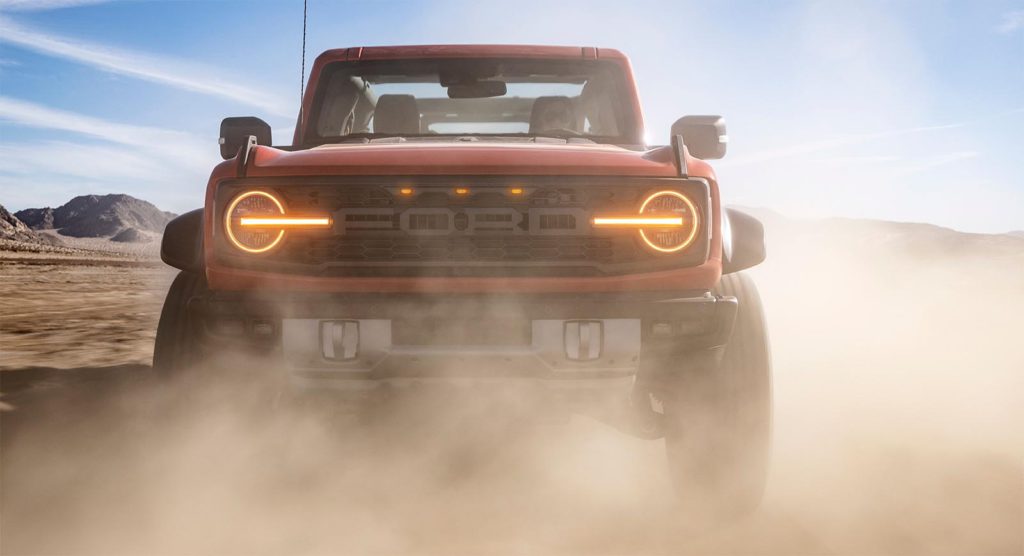 The new Ford Bronco has had its share of issues -super delayed deliveries and faulty hardtops- and its share of big awards, including the North American Utility Vehicle of the Year. Coming this summer is the biggest badest Bronco yet, the 2022 Bronco Raptor.

The F-150 Raptor helped create the off-road vehicle renaissance we get to enjoy today. The Ranger Raptor is enjoyed around the globe, but sadly not in North America. Ford isn’t going to deny us the Bronco Raptor, however.

Here’s what we know so far. 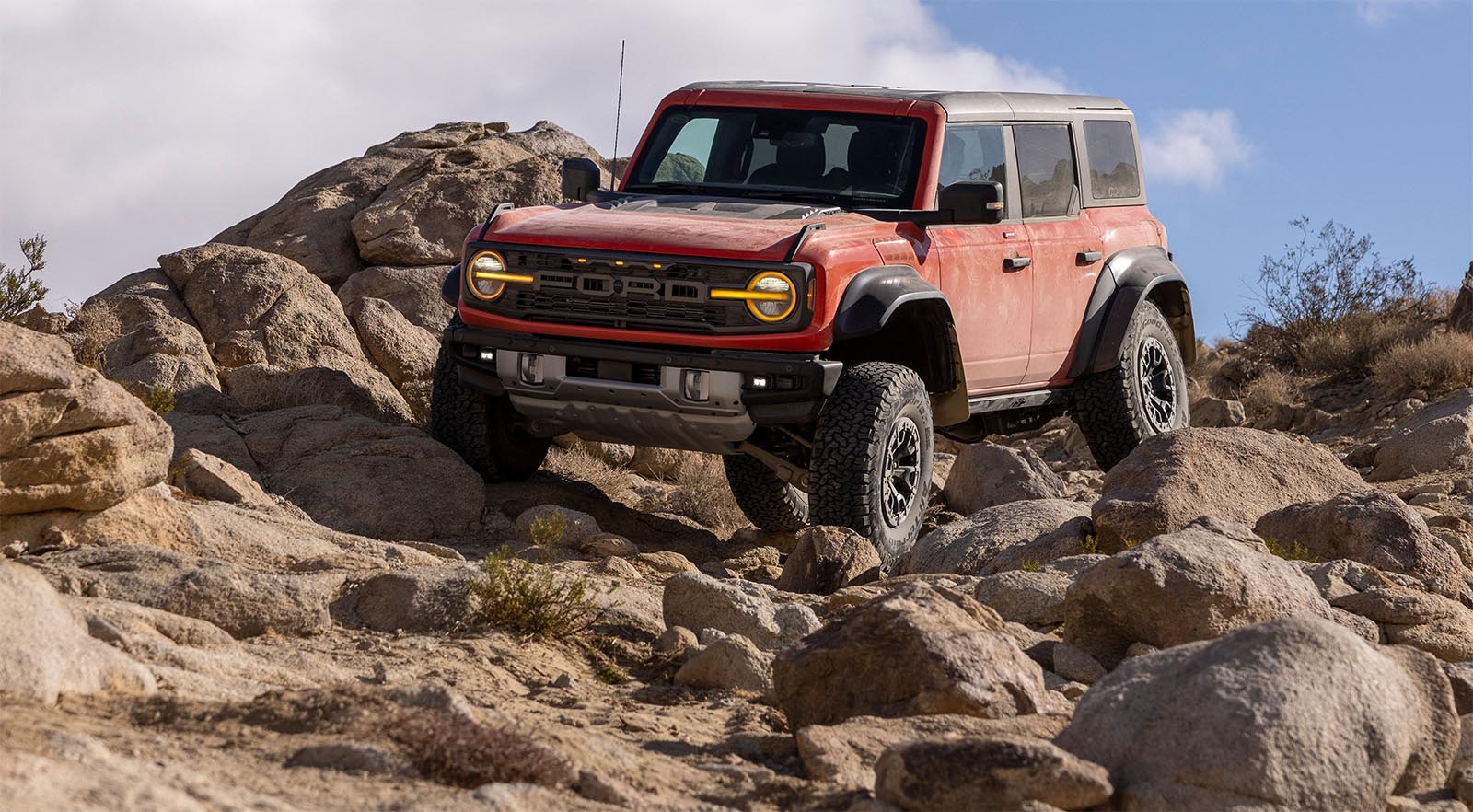 2022 Bronco Raptor by the Numbers

While the Bronco is available in 2 and 4-door configurations, the Bronco Raptor will only be available with 4-doors.

Under the hood the Bronco Raptor gets a 3.0L twin-turbo EcoBoost engine. Power numbers aren’t released yet, but we’re confident it will put out 400+ hp, but no doubt less than the 450 hp the 3.5L F-150 Raptor engine puts out. A 10-speed automatic will be the only transmission on offer on the Bronco Raptor.

Meaty 37-inch tires are under the Bronco Raptor. Those big tires roll on highly upgraded axles, taken right off the Ford Bronco DR customer race vehicle. You get Dana 50 HD semi-floating axle with 235mm ring gear in the back and a Dana 44 front-drive unit with upgraded half-shafts and 210mm ring gear up front. 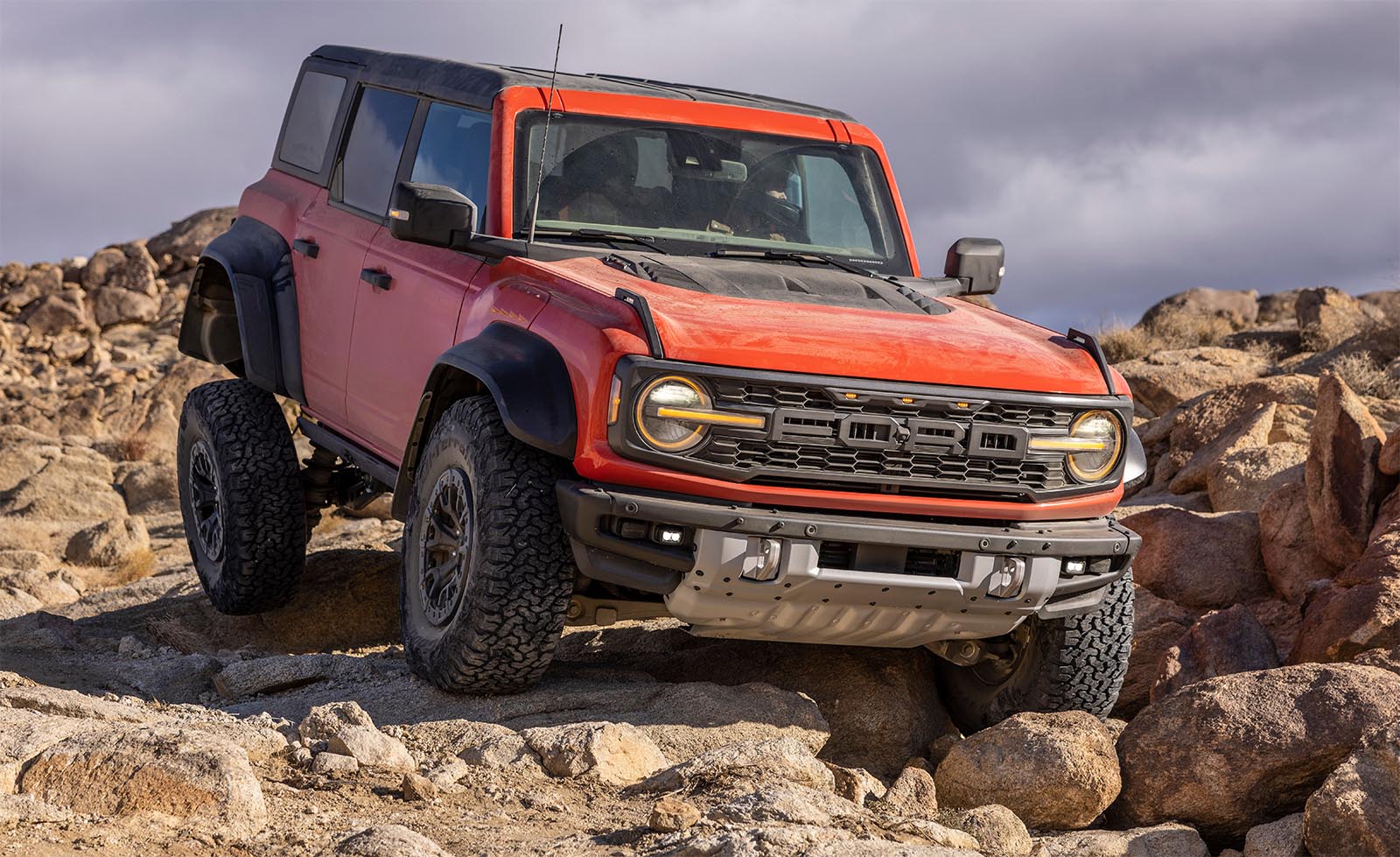 Besides the big meaty tires, the biggest thing on the Bronco Raptor that you’ll instantly notice when rolling down the road, especially off-road, is the HOSS (High-Performance Off-Road Stability Suspension) with Live Valve technology. This Fox suspension has integrated sensors that allow them to adjust each corner of the vehicle independently hundreds a time per second, to optimize performance for the driving surface and for what the driver is asking of the vehicle.

Bronco Raptor will also be able to tow up to 4,500 lbs, 1,000 lbs more than the standard Bronco. This is due to the upgraded transfer case, axles, etc… 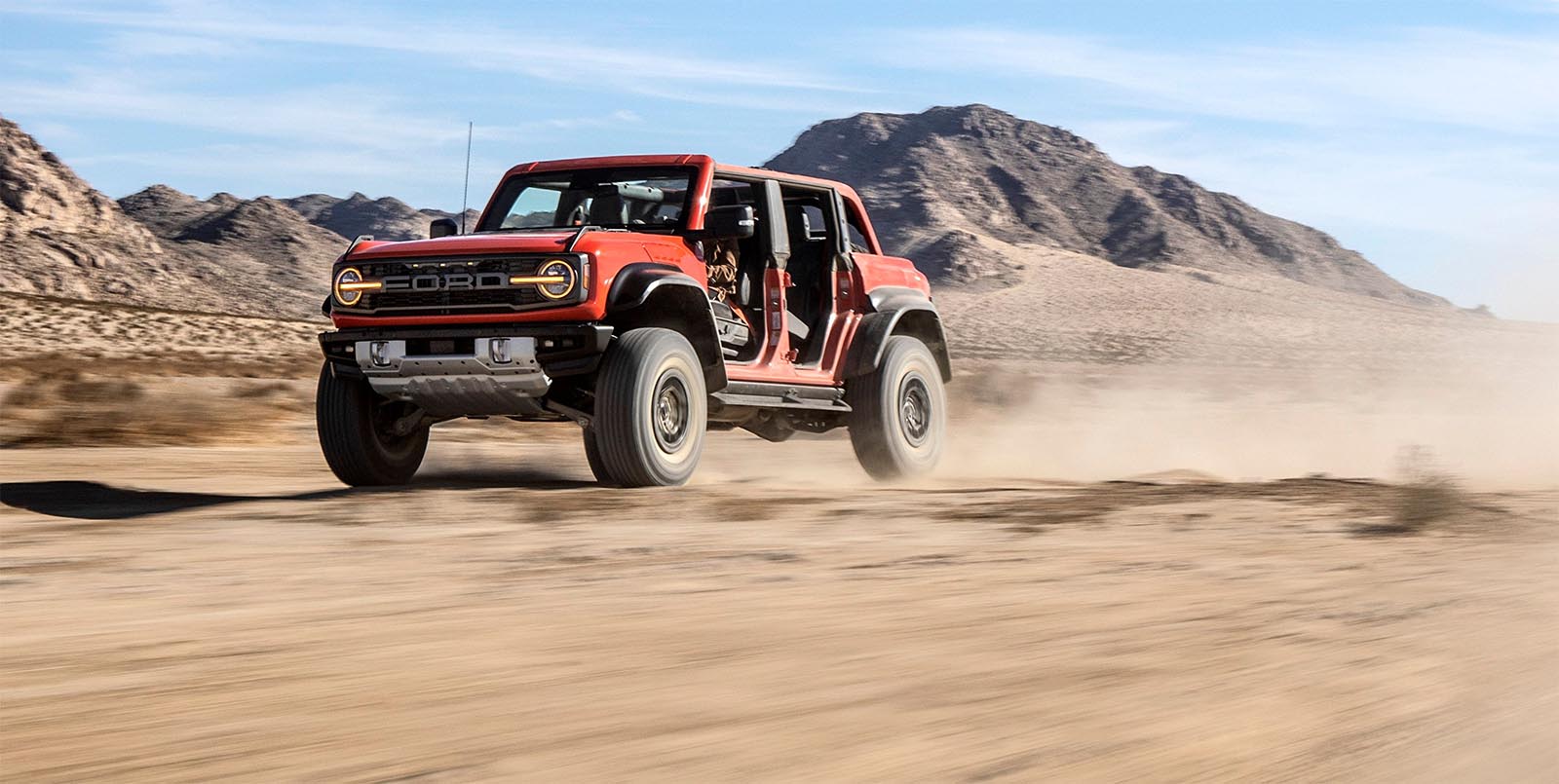 You even get unique taillights on the Bronco Raptor, which further differentiate it from the other Bronco models. 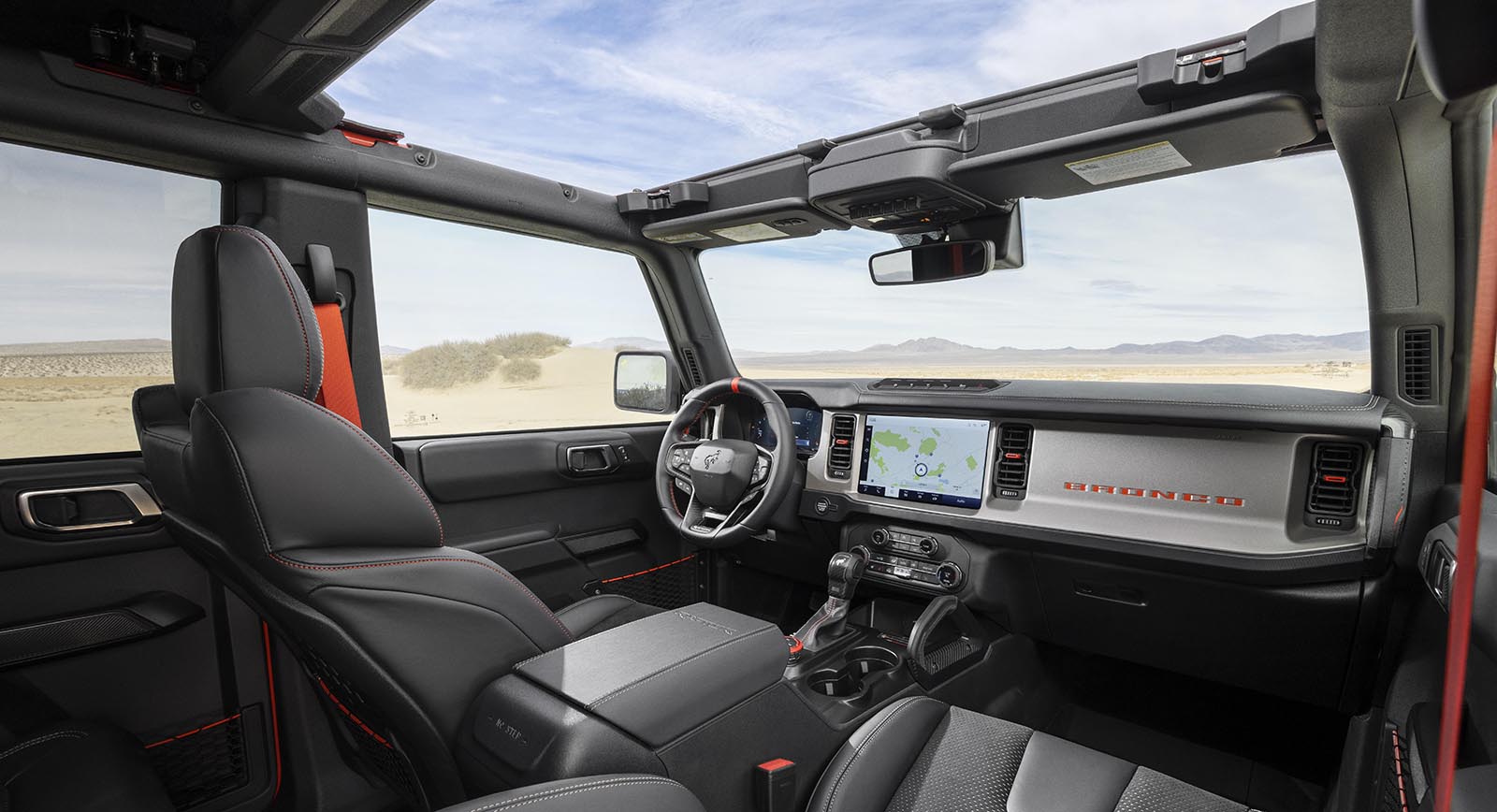 Inside you get lots of orange and carbon accents as well as a chunkier steering wheel with sporty paddle shifters. Of course you gets lots of Raptor badging inside and out. 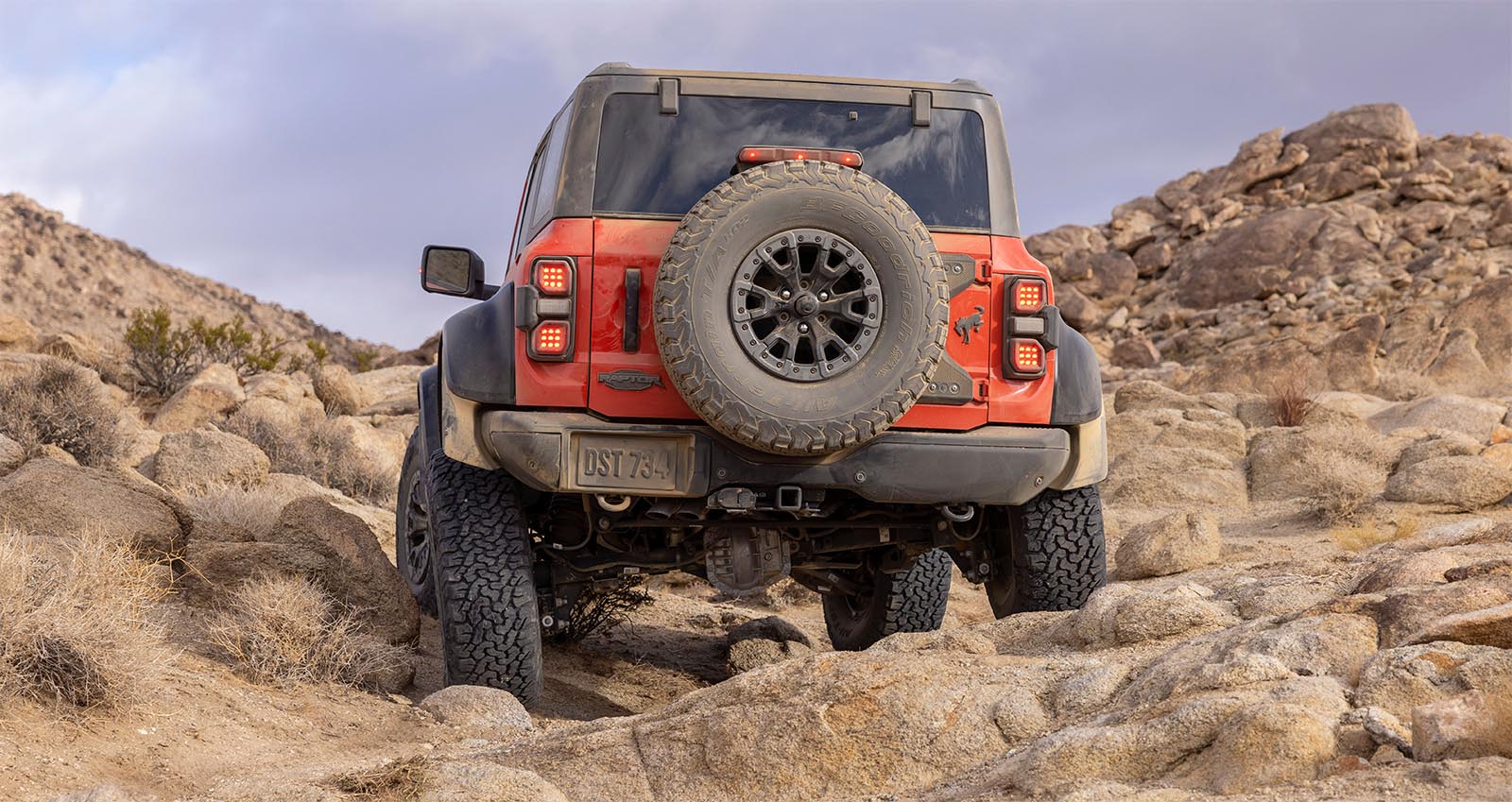 The order books for the 2022 Ford Bronco Raptor open in March, with initial deliveries expected to start in the summer. We’ll be impressed to see that happen, as many early Bronco reservation holders are just seeing their order filled now, after over a year delay. Not to mention the backlog that the defective hardtops has caused.

What is the Bronco Raptor missing? It’s missing a big motor, like the V8 you can get in the Jeep Wrangler 392 Rubicon. Of course, with the Jeep, you can’t get 37s from the factory.

The battle for the off-road throne is heating up, and the real winners are the off-road enthusiast customers -like me- that have a lot of great options to choose from on the market today. 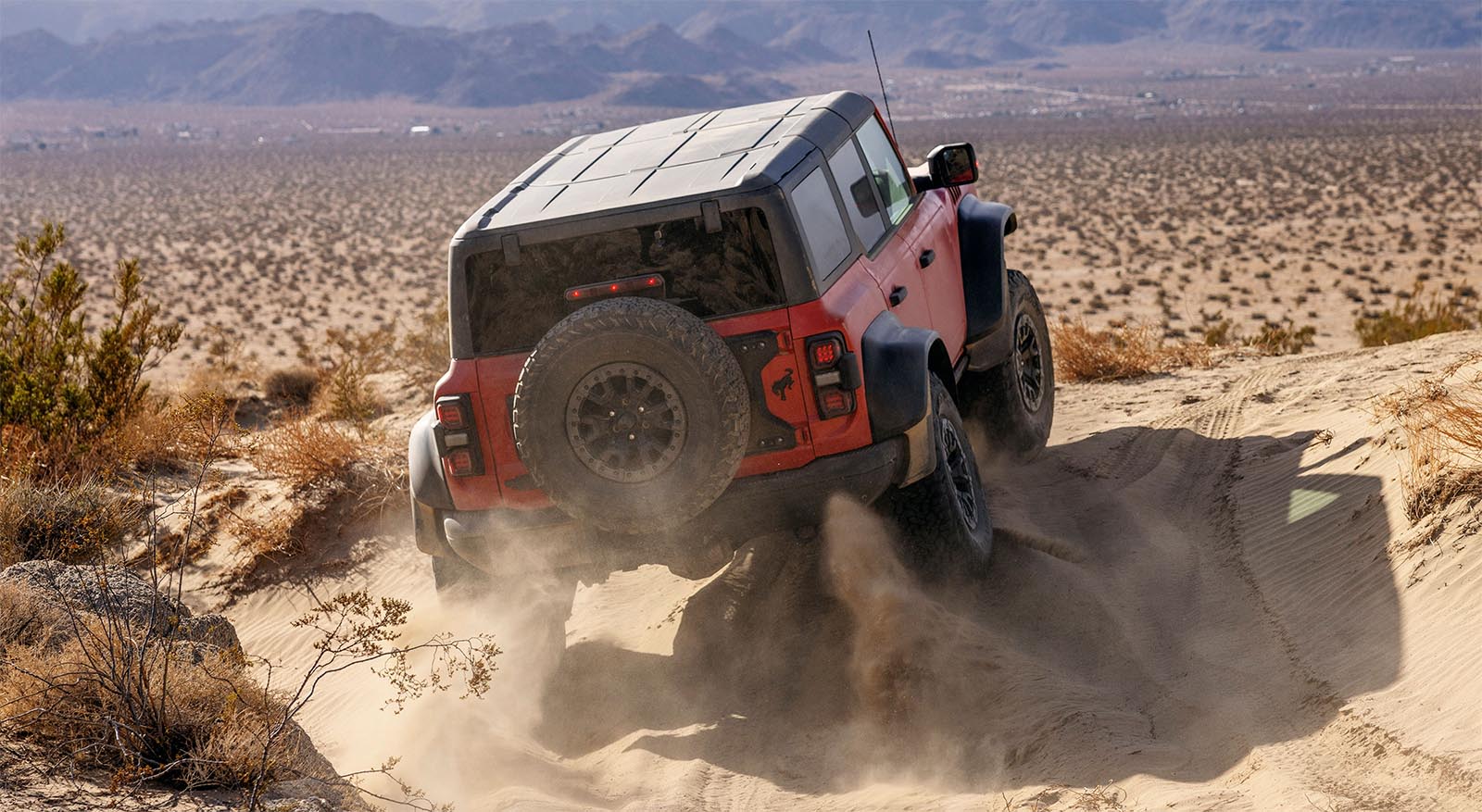 
2021 Acura TLX: The Return of the Type S Luxury Sports Sedan
Nissan Titan Texas Edition Is More Bling Than You’d Ever Nee...
Best 2018 SUVs
The Best 2020 Cars Nissan Has to Offer
2021 Jaguar F-Pace SVR: A Big Cat With A Bite To Back Up Its...
100 Years of the Lincoln Motor Company