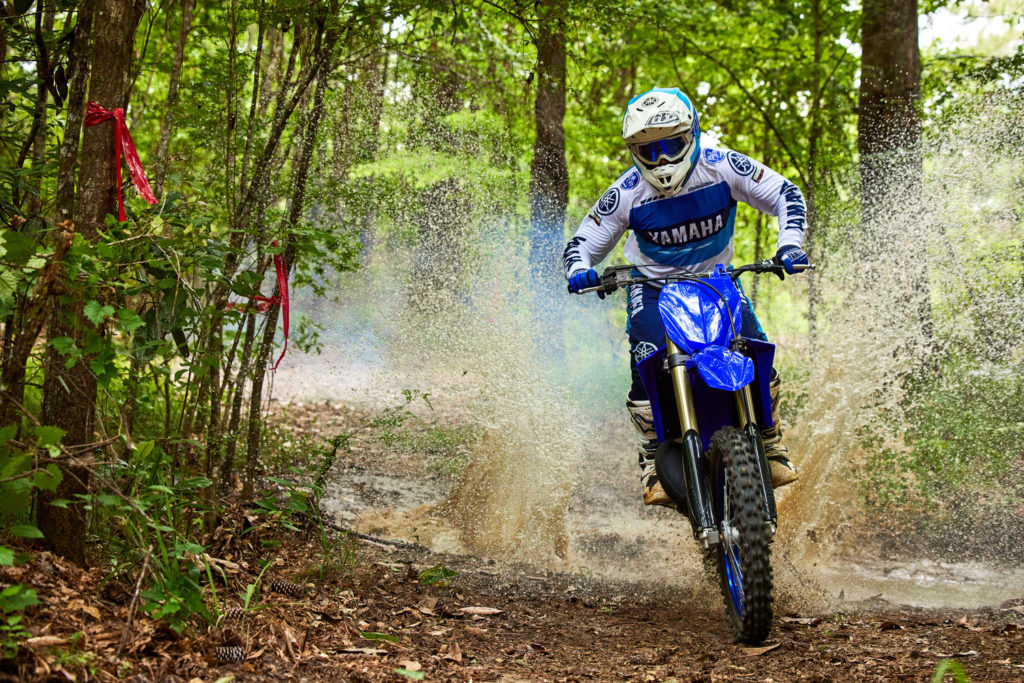 Today, Yamaha announced their two-stroke motocross lineup for 2022, headlined by a redesign of the classic YZ125. The bike will get a new engine and styling, plus brake and suspension updates, for its first full model change in 15 years. The YZ85 also gets a refresh, adding optional larger wheels (for the YZ85LW) among a slew of changes. The flagship YZ250 gets tweaks similar to the YZ125. 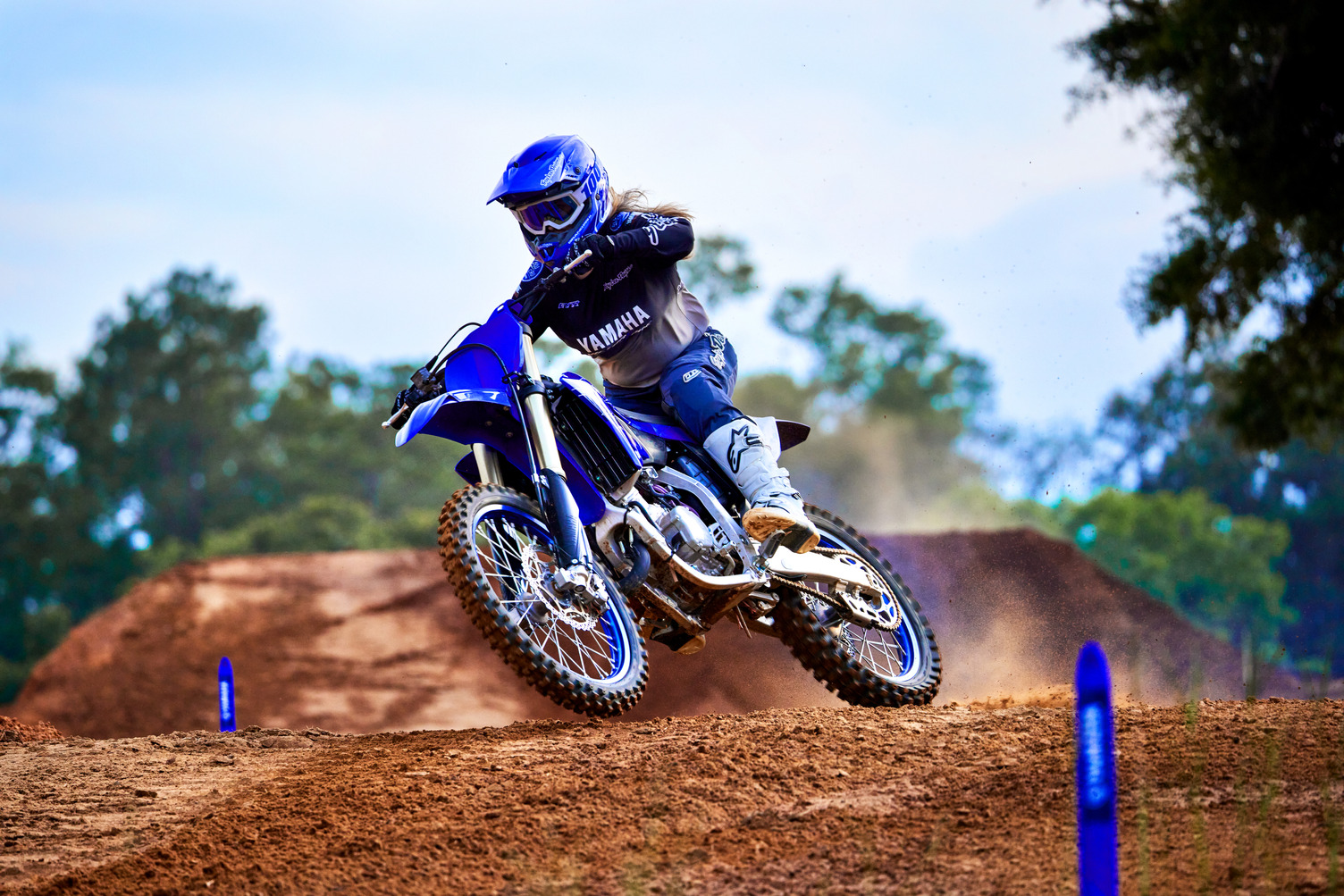 The heavily reworked YZ125 anchors the new Yamaha builds. The brand says it “represents an important evolution in Yamaha’s two-stroke lineage,” designed to help riders bridge the gap between recreation and competition.

The engine is more or less brand new. In fact, Yamaha says every functional part of the 2022 unit is novel, including the cylinder body and head, piston, piston pin, connecting rod, crankcase and expansion chamber. The result is increased power in the mid-to high-RPM range. It also gets a new Keihin PWK38S carburetor to improve throttle response. A straighter intake tract ending with a VForce4 carbon reed valve feeds in more air at higher RPMs. Finally, a shorter and lighter muffler caps the new Yamaha two-stroke powerplant.

The brake system is also all but brand new, optimized between weight and performance. The biggest change is a 270mm front rotor that increases pad contact area by 30%. Yamaha also adds braking power by introducing a higher-friction pad. The revised rear rotor drops from 245mm to 240mm for 2022 to reduce unsprung weight and maintain braking power.

The long-running KYB suspension gets revised valving front and rear, while the fork gets a leaf spring in the mid-speed valve for greater comfort. 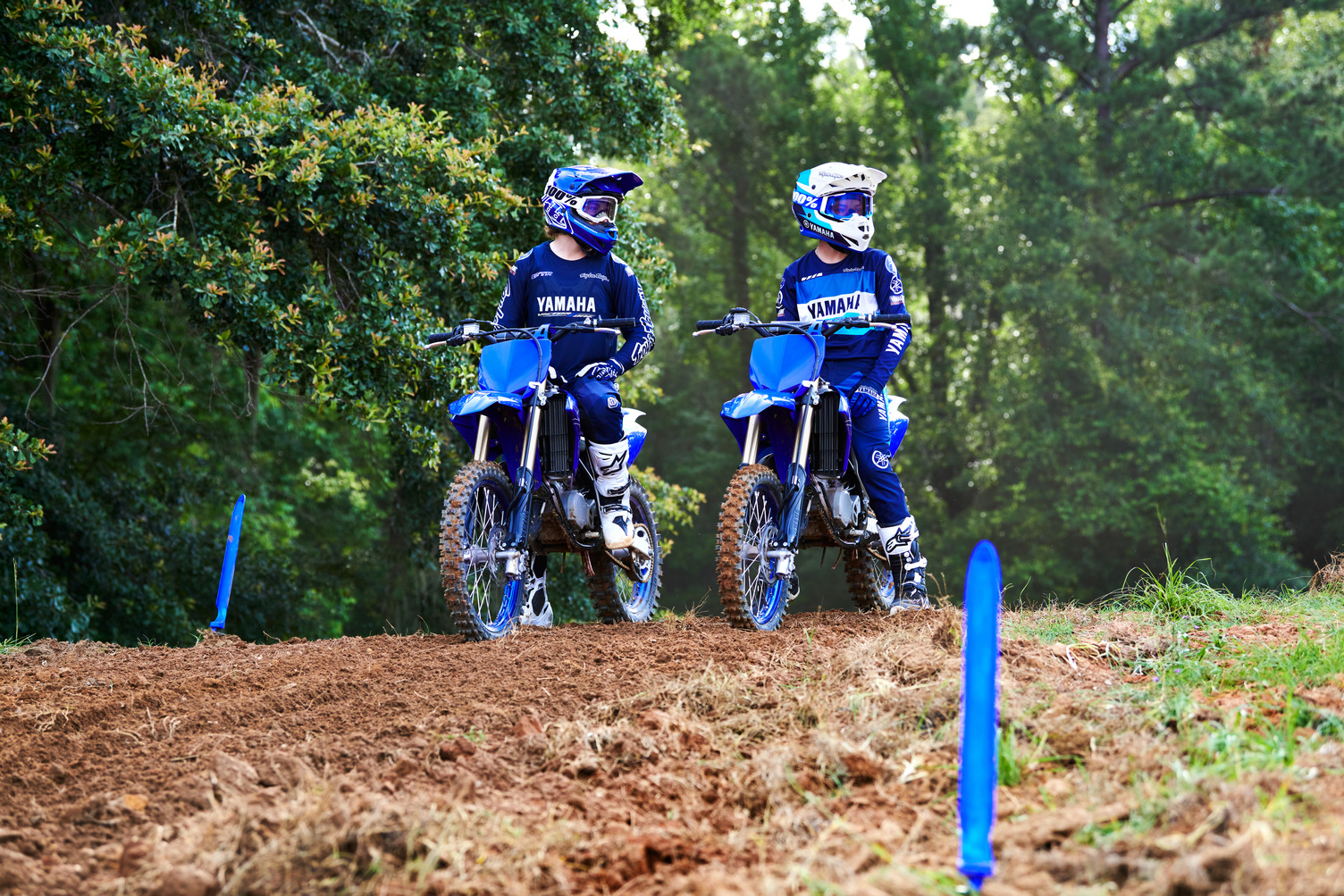 Yamaha builds the nimble YZ85 minibike to “serve up big-bike spec in a small bike package.” For 2022, it improves on the effect by adding the YZ85LW, with larger wheels (19″ front, 16″ rear) and a longer swingarm for a more “big bike” feel. 70/100 front and 90/100 Dunlop MX3S rubber complete the package. This LW model is the perfect transition bike out of the mini classes.

A redesigned seat and rear bodywork plastics enable a new straight-through intake to deliver more low-end power. Elsewhere, body streamlining similar to what the 2022 YZ125 gets gives riders increased freedom of movement. And a few chassis updates help strengthen and stiffen the YZ85 to give riders better feedback and more confidence. 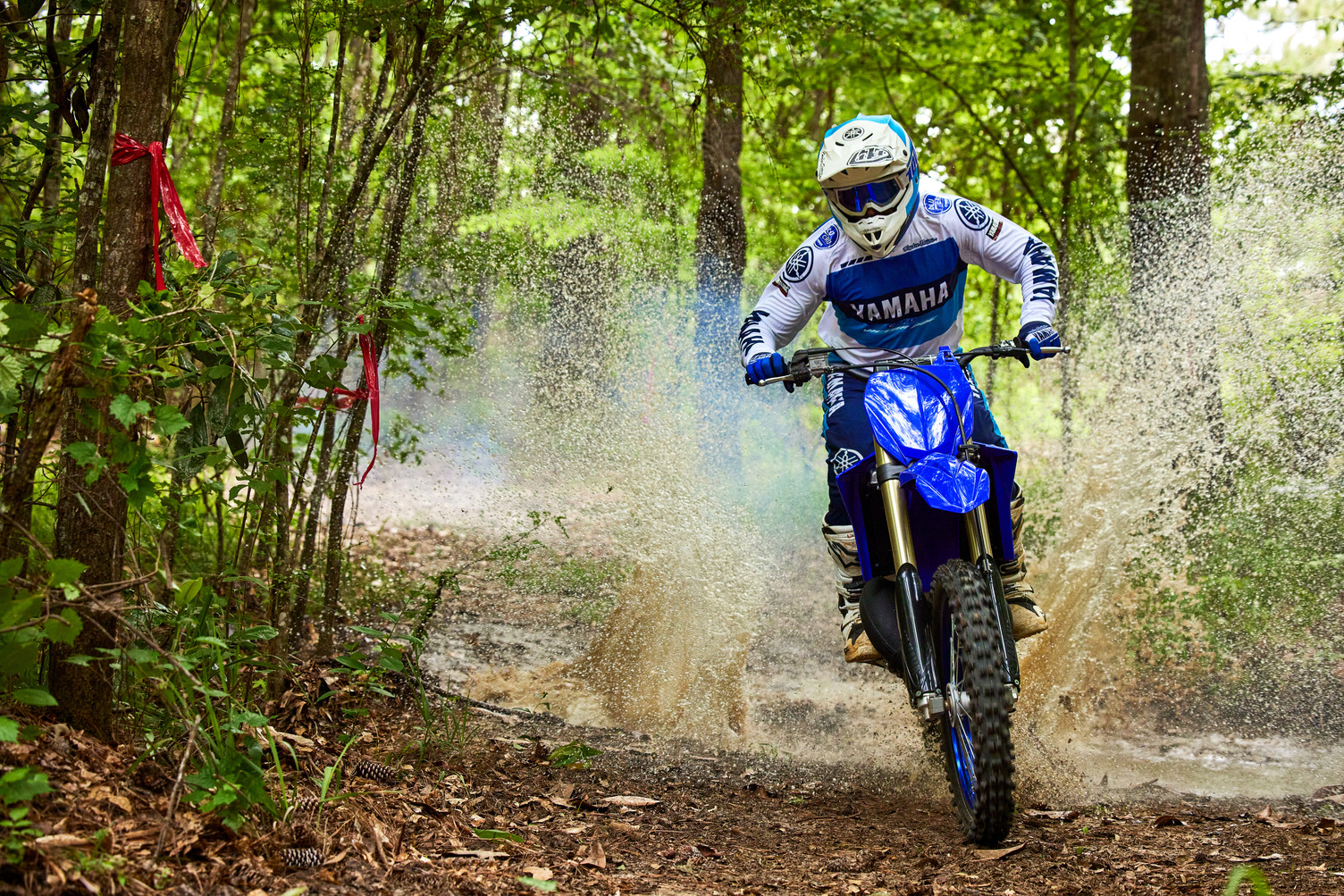 The changes to the YZ250 closely mimic those made to the 125.

The braking department updates include larger front pistons and a more rigid caliper with a redesigned rotor that increases pad contact area while shedding unsprung mass. And, just like in the 125, the new tank, seat, and radiator are trimmed down. It also features a straight-intake design, similar to the YZ85’s. The bike will retain its YPVS-equipped 249cc two-stroke powerplant for 2022.