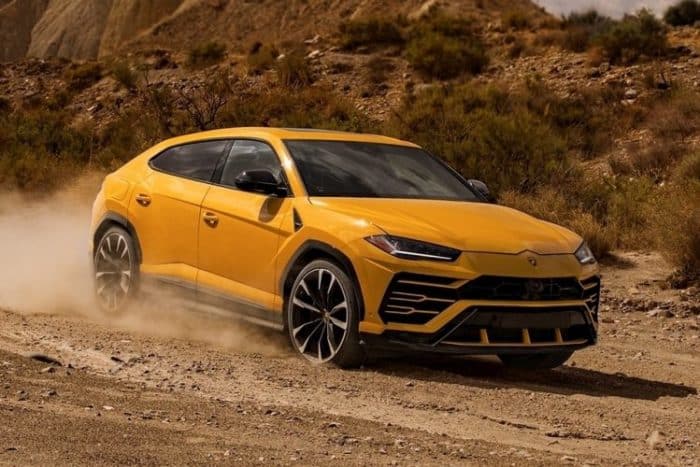 After sorting out the best crossover 2018 list, it’s time to move on and do the same for the 2019 model year. After all, 2019 will be upon us sooner than you know it and a number of new crossovers are bound to appear by then. How these new arrivals will fare against currently available models is anyone’s guess. Knowing how quick the industry is moving forward, though, I’d say they’ll be more than ready. Older models should receive an upgrade or two as well – even a complete makeover isn’t out of the question. But how to determine which is the best crossover 2019 will bring us? If you’re looking further ahead you can view our list of Best Crossover for 2020.

That’s likely impossible to do since all prospective buyers have priorities of their own. Some are looking into fuel economy, while others are more interested in the list of available options and features. Some, on the other hand, are looking for comfort, first and foremost. All crossover buyers, however, are most interested in a well-balanced amalgam of the aforementioned factors. That’s what we’ll try and take into consideration. Here we’ll compare the best currently available crossovers with the most exciting upcoming models.

The Best Crossover Vehicles 2019 Will Bring Us!

The 2018 Alfa Romeo Stelvio is already available in the U.S. Prices start from $41,000, but only a 2.0L 4-cylinder engine, 8-speed auto trans, and all-wheel drive are currently available. The much sought-after Quadrifoglios won’t arrive before the summer which technically makes them 2019 year models. When they do arrive, however, they’ll instantly become some of the most exciting crossovers on the market.

If Alfa Romeo’s exclusive and exquisite looks don’t mean that much to you, then maybe you’ll agree that a Ferrari-sourced 2.9L twin-turbo V6 taken straight out of Ferraris such as the California T, 488, GTC4Lusso T and Portofino, as well as the Maserati Quattroporte GTS is quite a deal. Of course, all of the aforementioned are V8-powered, but Stelvio Quadrifoglio’s V6 is derived straight from their F154 V8. It generates a sound 503 horsepower and 443 lb-ft of torque – more than enough for a modern luxury crossover that aspires to be sporty at the same time. 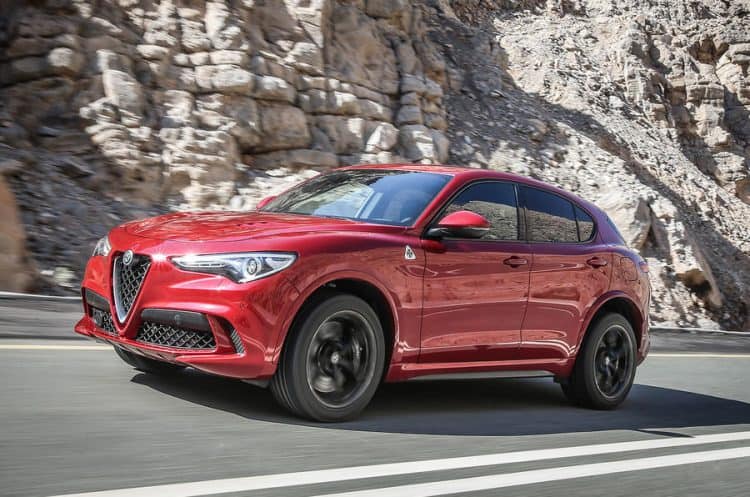 The British automaker has recently revealed their smallest crossover to date, the E-Pace, that’s debuted for the 2018 model year. Now they have nowhere to go but to take the next step in car efficiency’s evolution. The electric vehicle, of course. The upcoming 2019 Jaguar I-Pace should be a worthy competitor to the Tesla Model X. The British are promising a competitive range of more than 310 miles and the performance to match.

The I-Pace will most likely be powered by a 90 kWh lithium-ion battery pack and two electric motors – one on each axle. The electric crossover should be able to hit 60 mph from a standstill in around 4 seconds thanks to the near 400 horsepower and more than 515 lb-ft of torque that the setup should provide. It’ll also cost north of $100,000, it would seem. All of that, however, still falls within Model X territory. That may seem a steep price to pay, but the good people from Jaguar certainly know why they’re positioning their future EV the way they are. 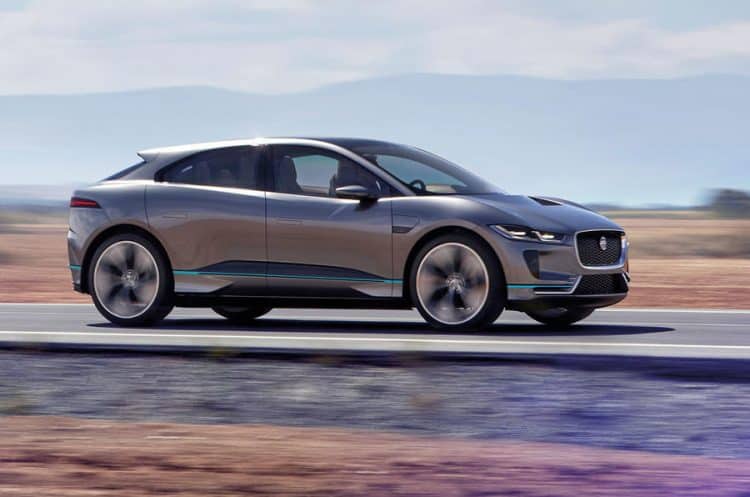 The Mazda CX-5 is one of the best compact crossovers currently available and, as such, one of the better sellers in its class as well. The Japanese are selling around 110,000 of these a year in the U.S. This means that a number of its competitors still beat it in sales. Extremely fun driving dynamics are where neither of them can beat it, though. The 2019 Mazda CX-5 shouldn’t bring any notable changes which means it’ll remain just as fun and poised as it currently is. Knowing Mazda’s track record for great-handling vehicles, that’s definitely a plus in our book.

A 187-horsepower 2.5L 4-cylinder engine and a 6-speed automatic gearbox are both mandatory options, though, which somewhat limits the CX-5. Both perform quite admirably, though, and are more than enough for the average compact crossover buyer. Furthermore, Mazda introduced a cylinder deactivation feature last year which helps save on fuel by shutting off two cylinders during light load situations. Last but not the least, the Mazda CX-5 is arguably one of the most eye-catching small crossovers out there, if not the most beautiful one. For between $24,000 and $29,000, that’s a package very few are immune to. 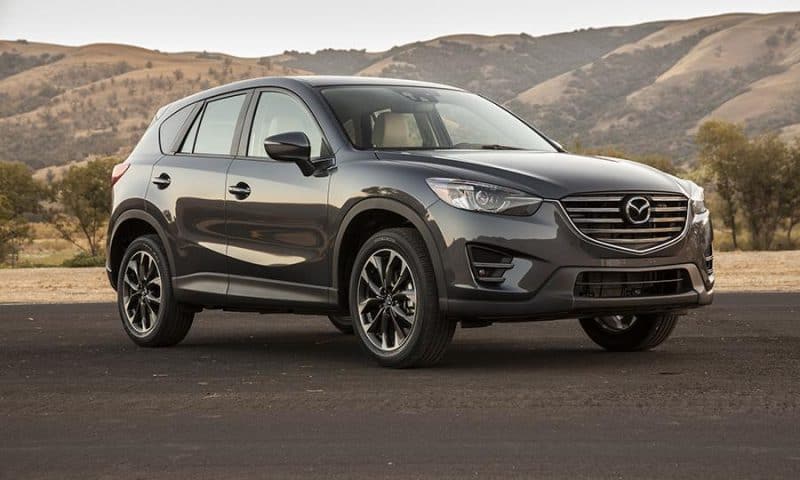 Lincoln might have managed to steer itself in a new direction when it introduced the MK nomenclature in 2006. Maybe that’s helped the brand survive the harsh conditions of the 2000s, but Lincoln MK names were still quite confusing. It appears that Ford’s premium division is finally reverting to the old-fashioned American nomenclature by introducing the all-new Nautilus crossover. In truth, Nautilus is nothing more than a facelifted second-generation MKX.

Despite not being among the best performers in its class, the MKX beats most of its competitors by offering a more affordable overall package. The Nautilus will continue to do the same in an even better-looking new body. Similar to the already presented Navigator and Continental, the Nautilus will represent the vanguard of Lincoln’s new styling and naming strategy at the same time. It’ll also receive a new 245 hp 2.0L EcoBoost 4-cylinder as its standard engine. The 2.7L EcoBoost V6 will remain optional, while the previous standard engine (3.7L V6) goes into retirement. At the same time, the 6-speed auto will be axed in favor of a newer 8-speed unit. With all of the aforementioned changes in place, the 2019 Lincoln Nautilus aims to position itself much higher on the list of the best crossovers 2019 will bring to market. 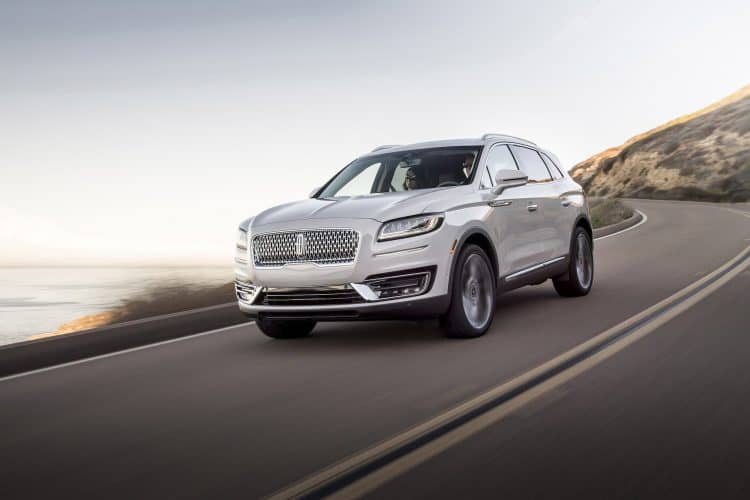 Speaking of Ford, the Blue Oval is preparing a performance version of its intermediate crossover. The 2019 Ford Edge ST won’t only bring more power under the hood, though. Just like its Lincoln Nautilus stablemate, it too shall become a subject of a substantial physical overhaul. And a good one at that, it would seem. Ford sold more than 140,000 of them last year, and an additional 30,000 MKX’s. With the fast-approaching mid-cycle refresh, anything less than that for 2018 and 2019 would be a surprise.

The Edge ST replaces the Sport trim. Its 2.7L EcoBoost V6 will develop 335 hp and 380 lb-ft of torque which is 20 hp and 30 lb-ft more than what the setup makes in conventional models across the Ford range. The new 8-speed auto comes here as well, along with standard all-wheel drive and a nifty ST-tuned suspension. Pricing hasn’t yet been announced, but it’ll definitely cost more than current Sport models which start from $40,675. Whether it will actually contend for the best crossover 2019 is bringing our way remains to be seen. 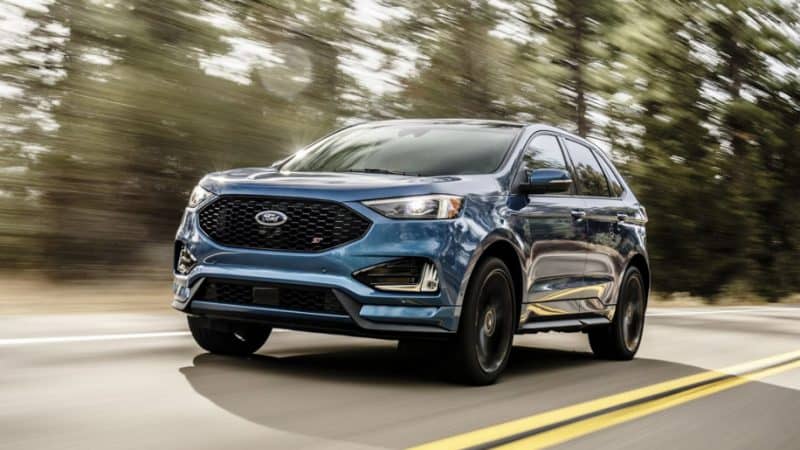 The 2019 Acura RDX is another intermediate luxury crossover with new looks coming summer 2018. And it’s not just the looks that are new on the RDX. This will be the first model in the Acura family to receive the all-new A-Spec sporty treatment. The rest of the Acura portfolio will follow. The engine powering the intermediate is also new. The new 2.0L turbo-four unit is currently populating the Accord and Civic Type R models. Paired with a 10-speed automatic, it should be able to deliver 40% more low-end torque than its predecessor.

Finally, the upcoming Acura RDX features new proportions. Although the height has remained intact, the luxury crossover is now 1.2 inches wider and comes with a 2.5-inch longer wheelbase. Also, the hallmark beak grille is now a thing of the past. That said, the 2019 Acura RDX represents a look into the future for the brand. Soon, all Acuras will showcase a similar pattern. 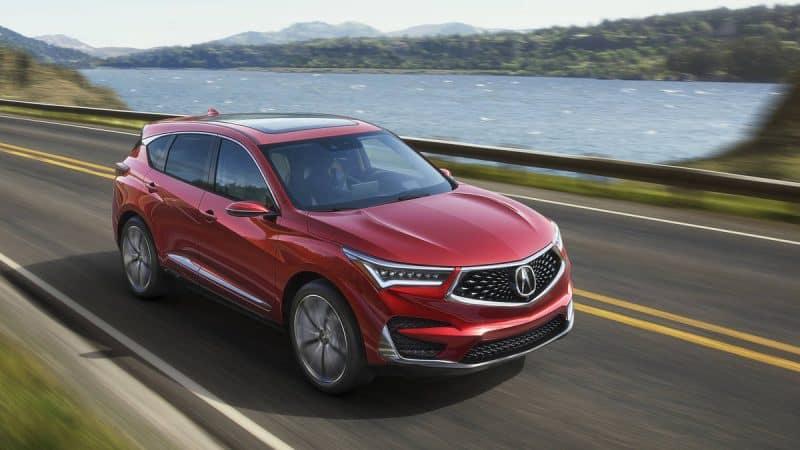 Nissan’s premium division has recently presented a revamped version of their compact crossover. The entry-level luxury crossover should arrive during the late second quarter of 2018 which effectively means the Infiniti is skipping the 2018 model year. Starting at $37,500, the new 2019 model undercuts almost all of its rivals by some margin. However, a lower price won’t be its only advantage.

For starters, the new Infiniti QX50 will sport a fresh design that’s largely in tune with other recently refreshed Infinitis. Then there’s the variable compression technology for its 2.0L turbo-four engine. Tech that should improve fuel economy and performance at the same time is appearing for the first time in any production vehicle. Finally, the new QX50 will also be larger than its predecessor which should effectively take care of its lack of space issues. All said and done, a lot can be expected from the new Infiniti QX50. After years of slumber, it’s about time for it to actually do it. 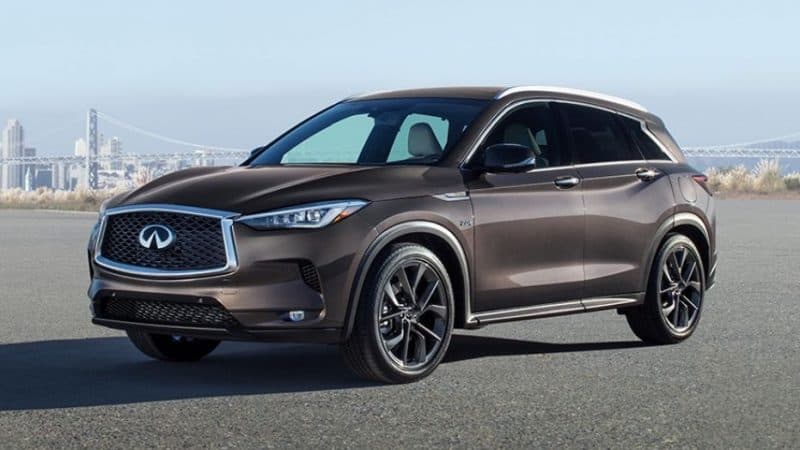 The Honda CR-V isn’t the best-sold crossover in the U.S. for no reason. Some 360,000 Americans trusted the compact with their money last year, and that speaks for itself. It’s got the complete package. The CR-V is handsome, spacious and powerful. As far as compacts go, that is. It’s also rather nimble and returns a respectable 30 mpg combined.

Since Honda has already hit the jackpot with it, 2019 year models aren’t expected to bring too many changes. The 2019 Honda CR-V will remain one of the most complete compact affordable crossovers out there. Considering entry-level models cost only around $24,000, their upscale interior is quite a treat. Not to mention the top-of-the-line Touring trim which requires around $32,500. Regardless of the CR-V trim of choice, they’re all stacked with safety features. However, top models do get a few extra active electronic systems. 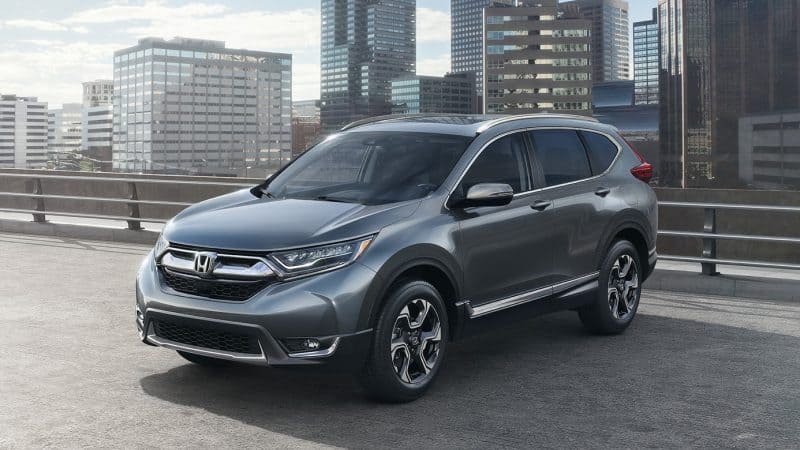 The Audi Q7 offers three rows of seats, a starting price lower than $50,000, and abundance of high tech features. If you don’t read the fine print, that is. In order to get the most advanced high tech goodies, you’ll have to order at least the intermediate trim level, if not the top one, and that alone costs much more than what the starting MSRP suggests. Order a fully-stacked Q7 and watch its price soar perilously close to the six-digit territory. Mind you, the third row of seats isn’t all that spacious. In fact, it’s rather cramped back there.

Despite that, the Audi Q7 stands out as one of the best luxury crossovers currently available. This extremely handsome, refined, comfortable and reliable German vehicle comes with either a 252-hp turbo four mill or a 333-hp supercharged V6 engine. Both have enough power to move the intermediate crossover around effortlessly, but the V6, naturally, does it better. On the other hand, the four-banger will save on fuel in the long run. The good thing is that both come with an 8-speed automatic with efficiency in mind. 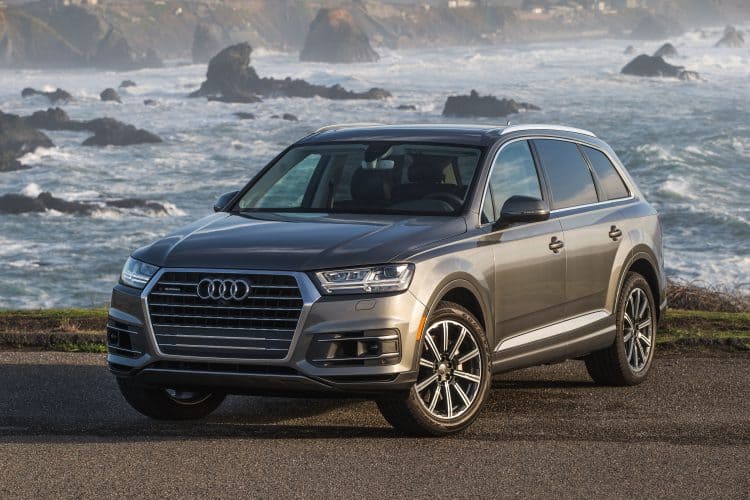 It might not be the first ever Lamborghini SUV, but the Urus certainly comes as one of the biggest automotive surprises in recent years. This sporty luxurious crossover should arrive in late 2018, and it most likely won’t be available for less than $200,000. Then again, what Lamborghini does come cheap? What it will have is plenty of power. Motivated by a 4.0L twin-turbo V8, the Urus should be able to put up as much as 641 hp and 627 lb-ft of torque.

The Jeep Grand Cherokee Trackhawk with 707 horsepower and a considerably lower price tag does come to mind in an instant here, but the Lamborghini is so much more than a powerful land-yacht. It should be able to hit 60 mph in around 3.5 seconds, while the largest carbon-ceramic brakes in the world should be able to bring it to a swift halt. Can one of the most outrageous crossovers in recent history be considered the best crossover 2019 has to offer as well? We’ll find out soon enough. 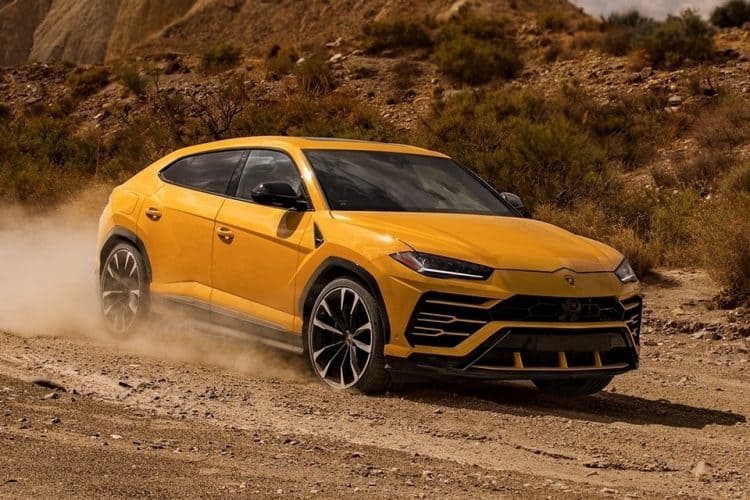