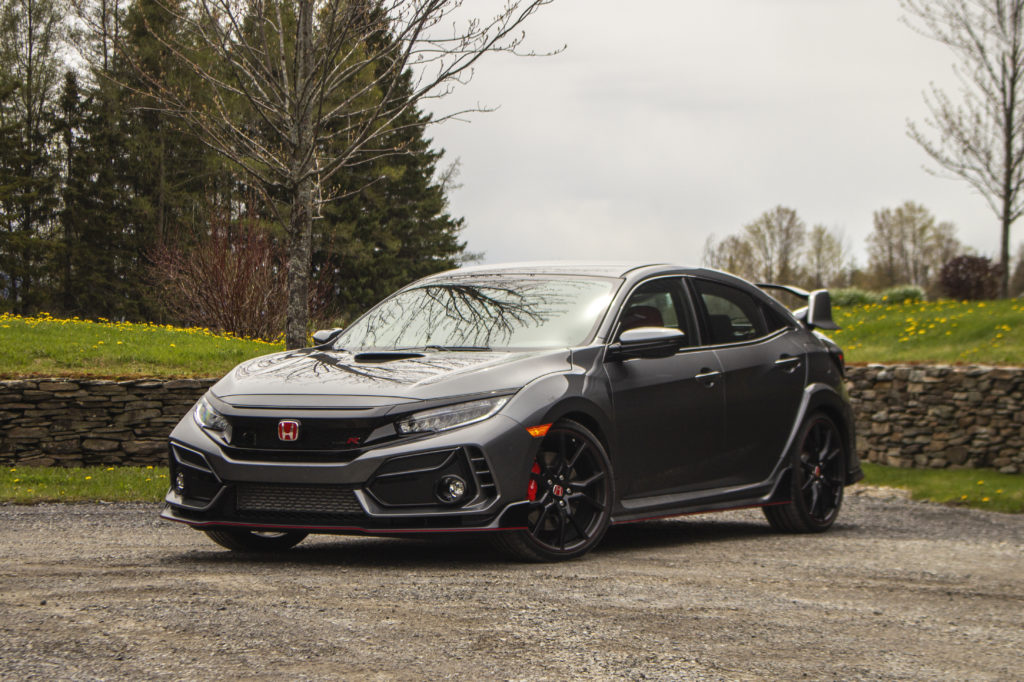 This is the last model year for the current generation Honda Civic Type R. That’s right, it’s already been 4 years since the big-winged Honda smashed the Nürburgring lap record for the fastest production front-wheel-drive car in the world. After this year’s production run, the car will be put on hiatus while Honda rolls out a next-generation Civic. We felt it was appropriate to take the 2021 Honda Civic Type R out for one last spin and retrospect on what Honda did right with it, but also what needs some improvements. 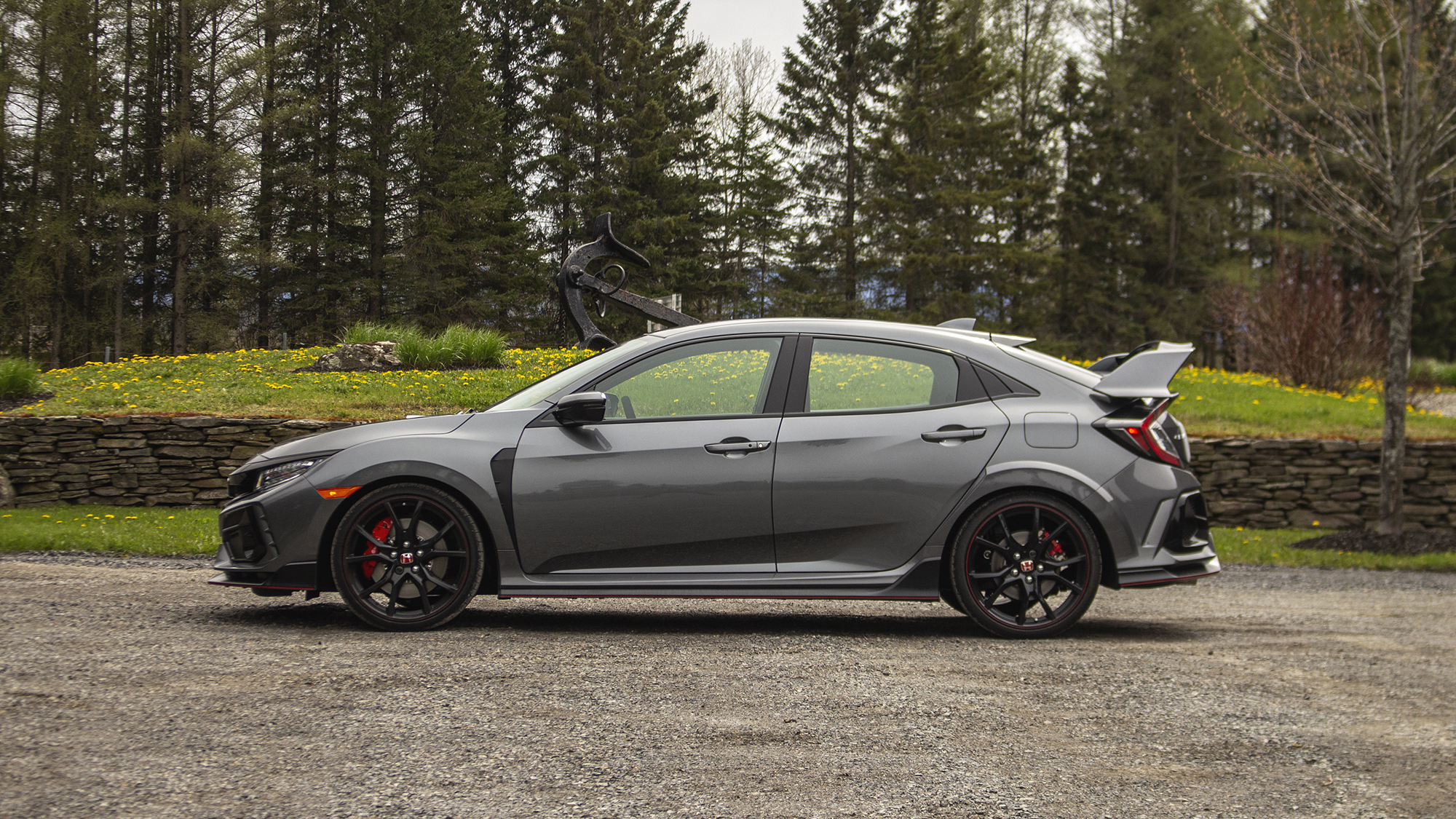 This is the fifth time I’ve reviewed the Honda Civic Type R. It’s a car I’m now very familiar with, yet, each time I have one in my possession, I make it a personal mission to take it out for a long drive, but also to express how much I dislike its design. I just don’t think it is aging well, even if I admit that last year’s update cleaned up the front and rear sections at least a bit. The Civic Type R is still too ostentatious to be invited to the business meeting during happy hour. If you spend most of your weeks wearing a suit and tie, you might prefer something a bit more mature instead, something like a Volkswagen Golf R.

At least Honda did a good job of deleting most of the car’s fake air vents, while also opening up the lower front grille section in front of the intercooler. The Type R is not necessarily prettier this way, but everything now appears more functional, a good quality considering most of the Type R’s “look at me” hardware now has an actual purpose. 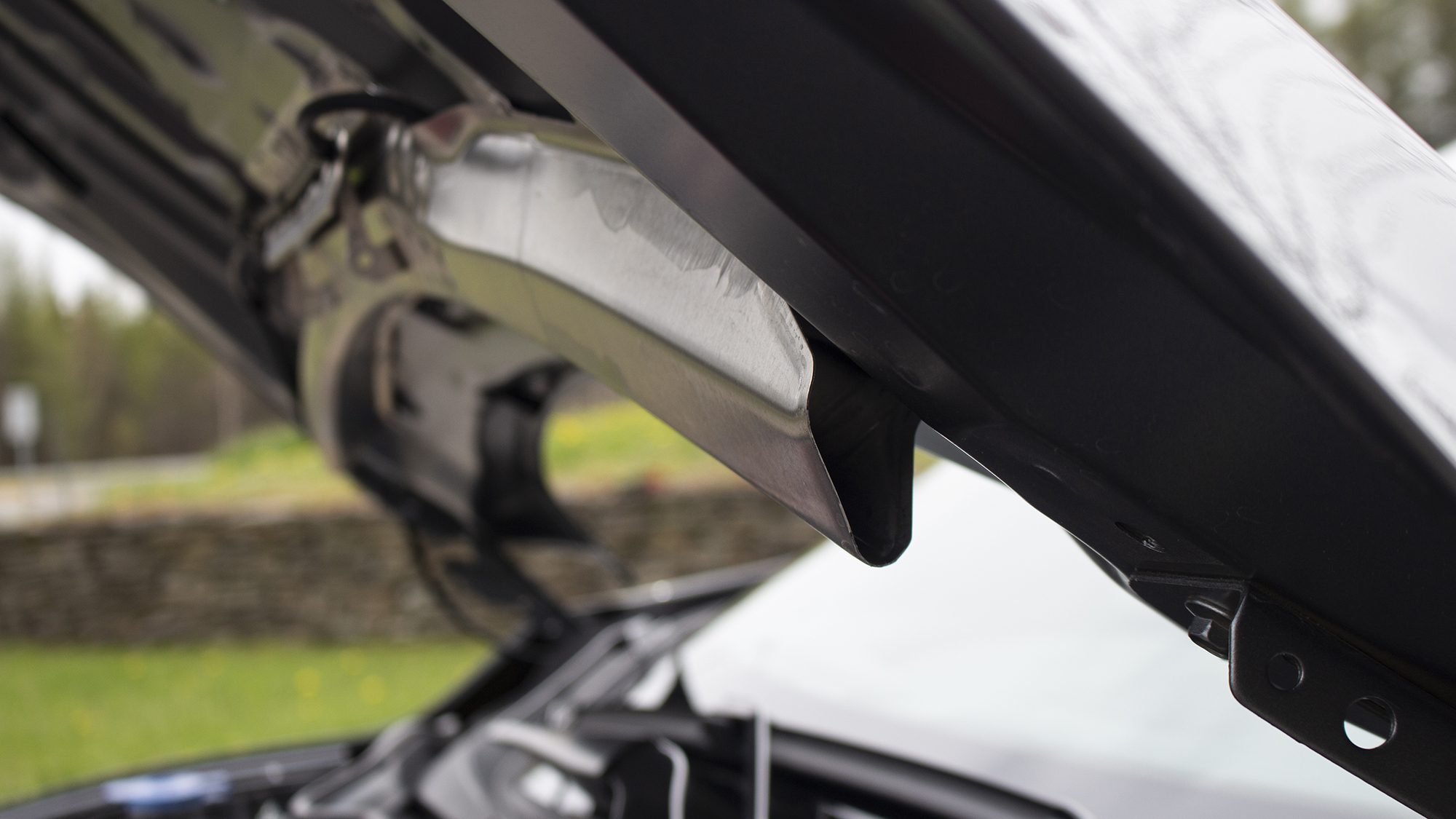 Even that central hood air intake was added on for a reason, but not to aid with the engine’s breathing, but rather push that air down onto the sides of the car to improve cornering grip. That’s rather neat.

The update mostly affected the Type R from a technical standpoint. There are new brake rotors and pads that aim to inhibit fade during hard braking. The front suspension was also re-tuned to improve steering feel and there’s a steering wheel wrapped in faux suede instead of leather, a redesigned shifter for even shorter throws, and a new synthesized engine noise that alters its intensity as per the three available drive modes.

Honda still technically allows you to build a 2021 Civic Type R on its website, but if you want one, you’d better hurry, as examples are quickly running thin. Honda asks $37,895 for it and there are practically no available options. The car comes fully as is with five available colors. Boost Blue (which was new in 2020), Championship White, and Sonic Gray cost an additional $395. The color you’re seeing here is ‘Polished Metal,’ which is exclusive to the Canadian market. 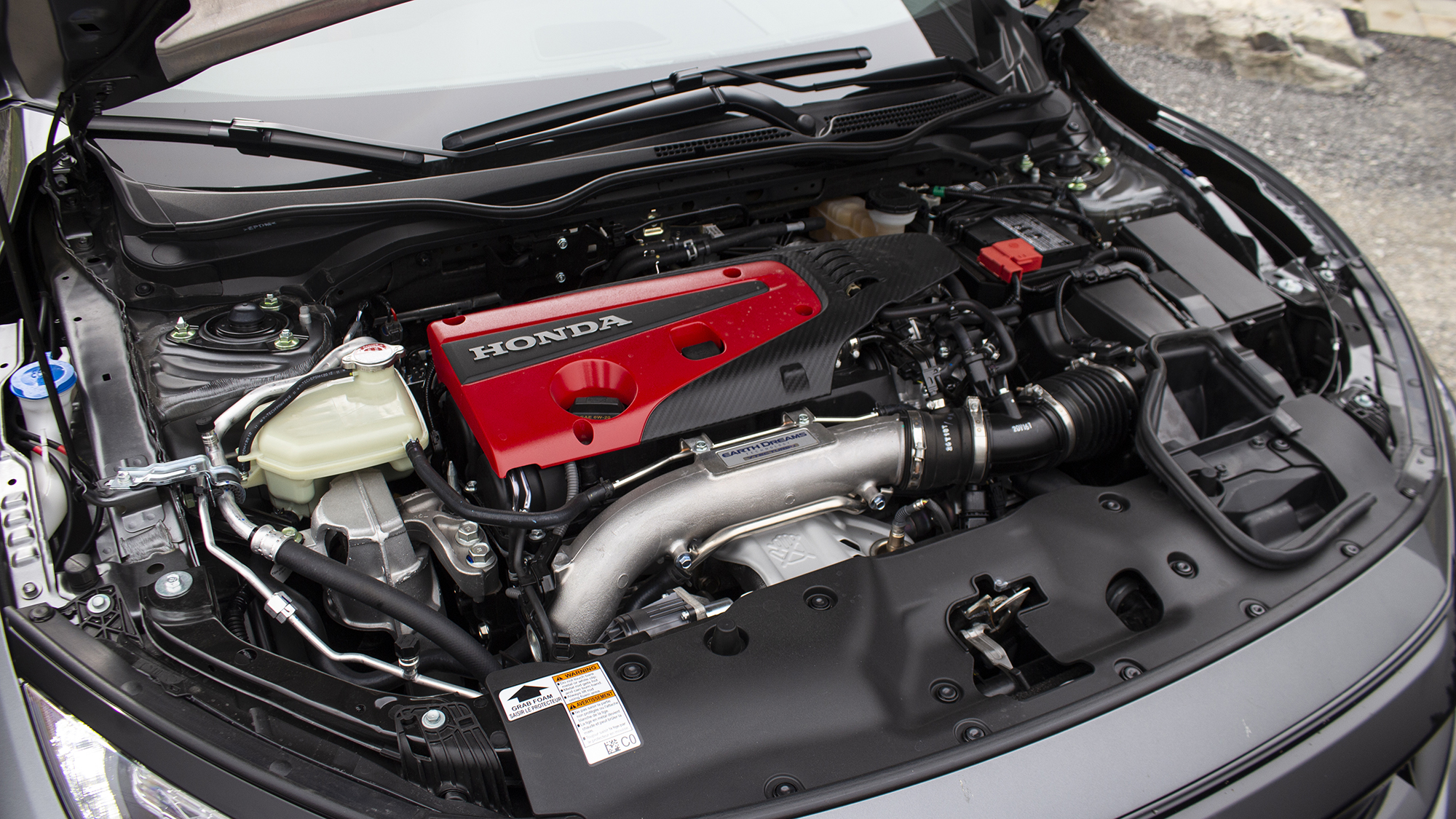 What hasn’t changed is the Civic Type R’s brilliant powertrain; a turbocharged 2.0L 4-cylinder good for 306 hp and 295 lb.-ft. of torque. It’s all mated to a 6-speed manual transmission -no automatic here- as well as front-wheel drive, but Honda made sure to fit the Type R with a mechanical limited-slip differential. It also went through great lengths to develop a dual strut front axis system to mitigate torque steer. It’s the kind of engineering wizardry that allowed this hot Civic to lap the Nürburgring in 7 minutes and 43 seconds, or about the same time as a 997 Porsche 911 GT3 RS.

Once you manage to obtain grip from its sticky 245/30/R20 front tires, the Civic Type R will sprint to 60 mph in about 5 seconds flat, and keep boiling all the way to a claimed 169 mph top-speed.

This car was never designed to impress bystanders at the drag strip. There’s no fancy launch control system here, nor is there a dual-clutch automatic transmission that shuffles gears at lightning speeds. The Civic Type R is a driver’s car in every respect, one that requires focus and engagement in order to extract its full potential. It’s best appreciated out on a tight closed circuit or a winding piece of tarmac.

Curvy Roads Are Your Friend 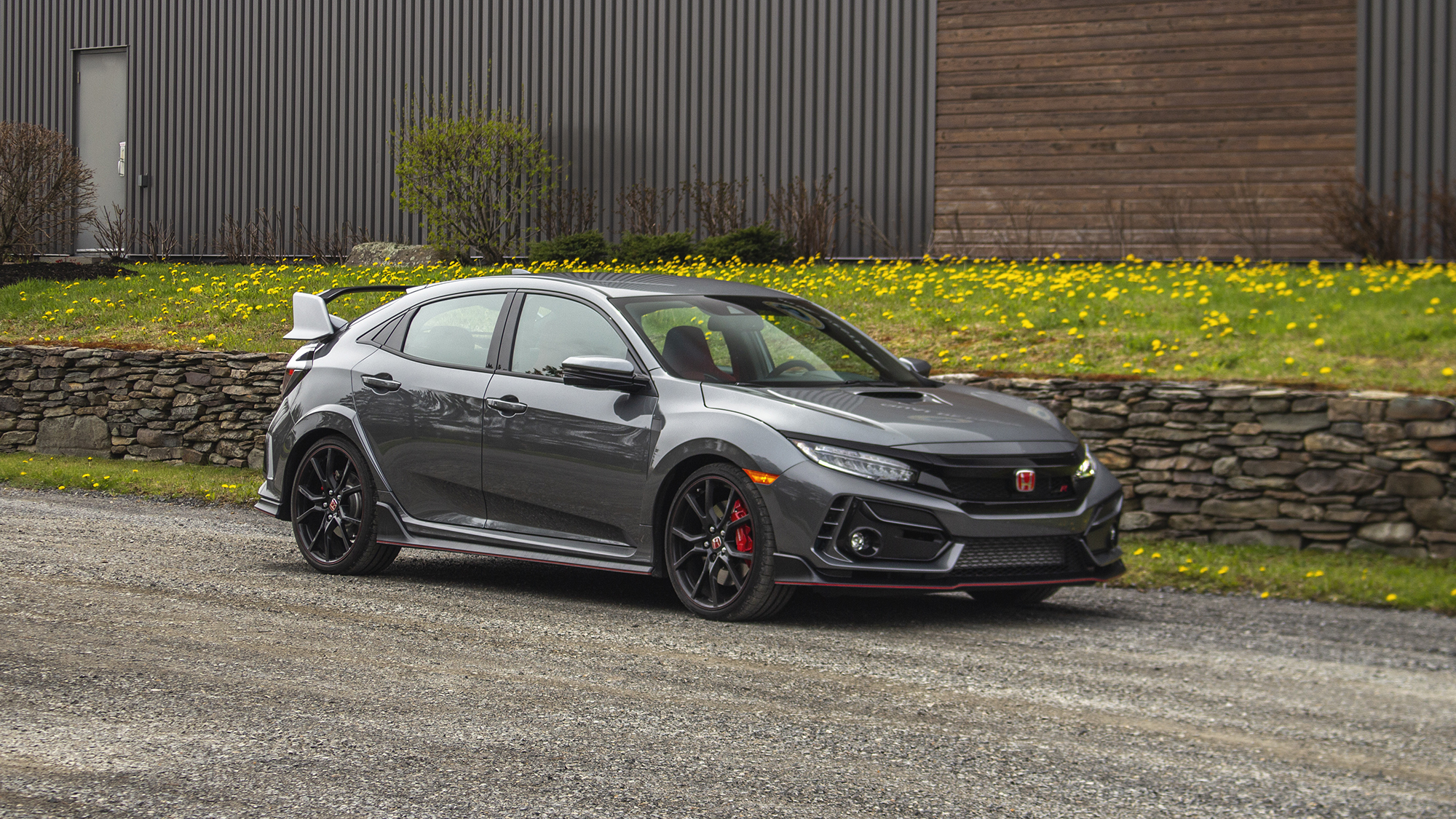 The only way to fully appreciate the Civic Type R’s greatness is by taking it out on a country road and throw it hard into a set of corners. And that’s where this Civic truly shines, in its ability to tuck its nose inside a corner upon throttle inputs.

The only times you’ll know this is a front-wheel-driven machine will be when gunning the throttle in first gear with traction control off. When doing so, the Type R will return a healthy dose of front wheelspin and perhaps a bit of blue smoke, but never will you experience torque steer.

Once it’s up there running going full boil, the front end goes exactly where you point it, all in utmost precision. The Type R’s brilliant chassis and suspension tuning reward spirited driving. You can attack apexes at superhuman speeds in this thing without fear of ending up in a ditch. 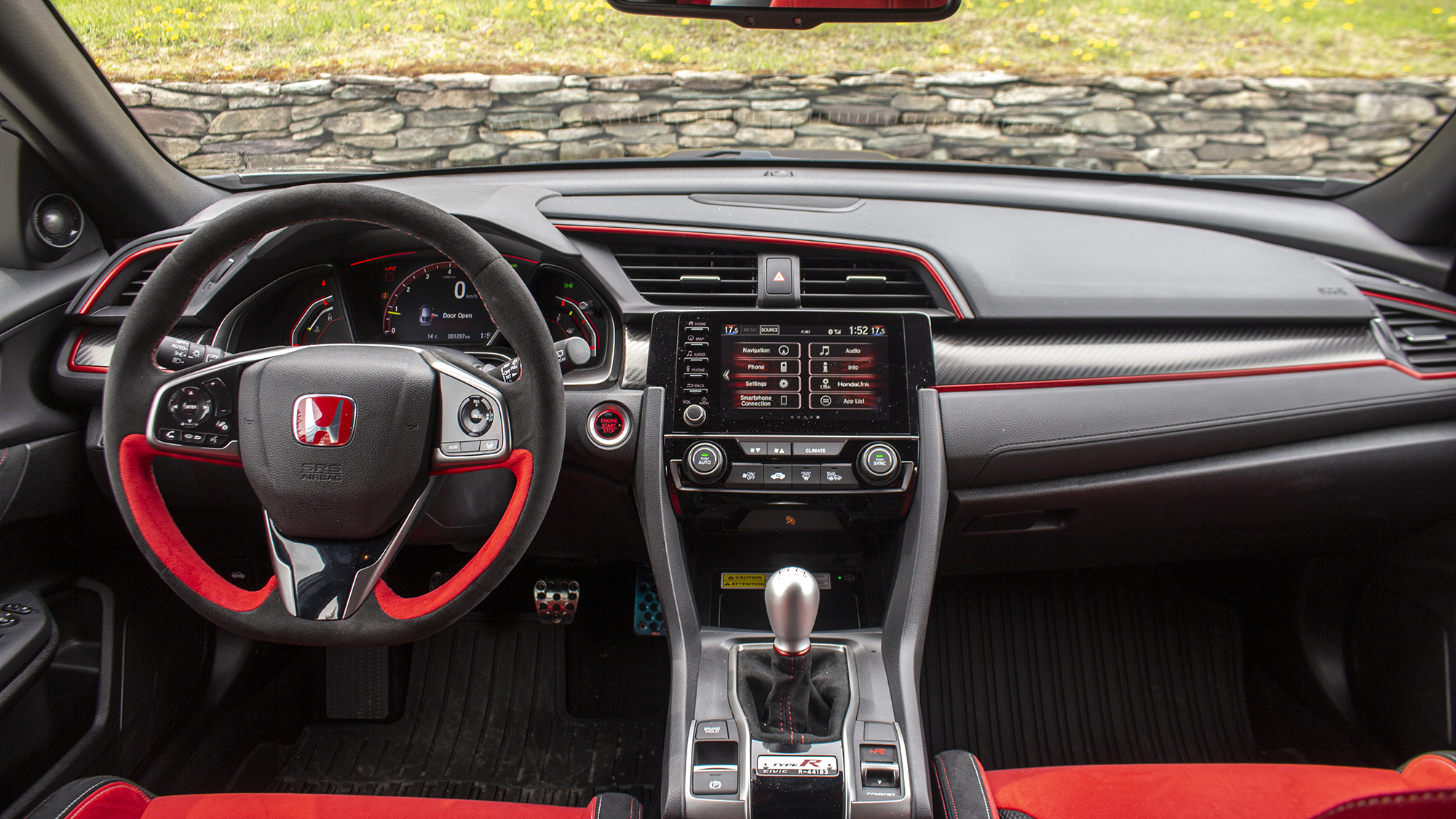 But the Type R is also tame during the moments you want it to be, which makes for a compelling argument for daily driving it. Set it to Comfort mode – its most docile setting – and its adaptive dampers soften up, steering resistance is loosened, and the Type R turns back into a Civic : a civilized, comfortable, and fuel-efficient (24 mpg average) economy car that’s also astonishingly practical. 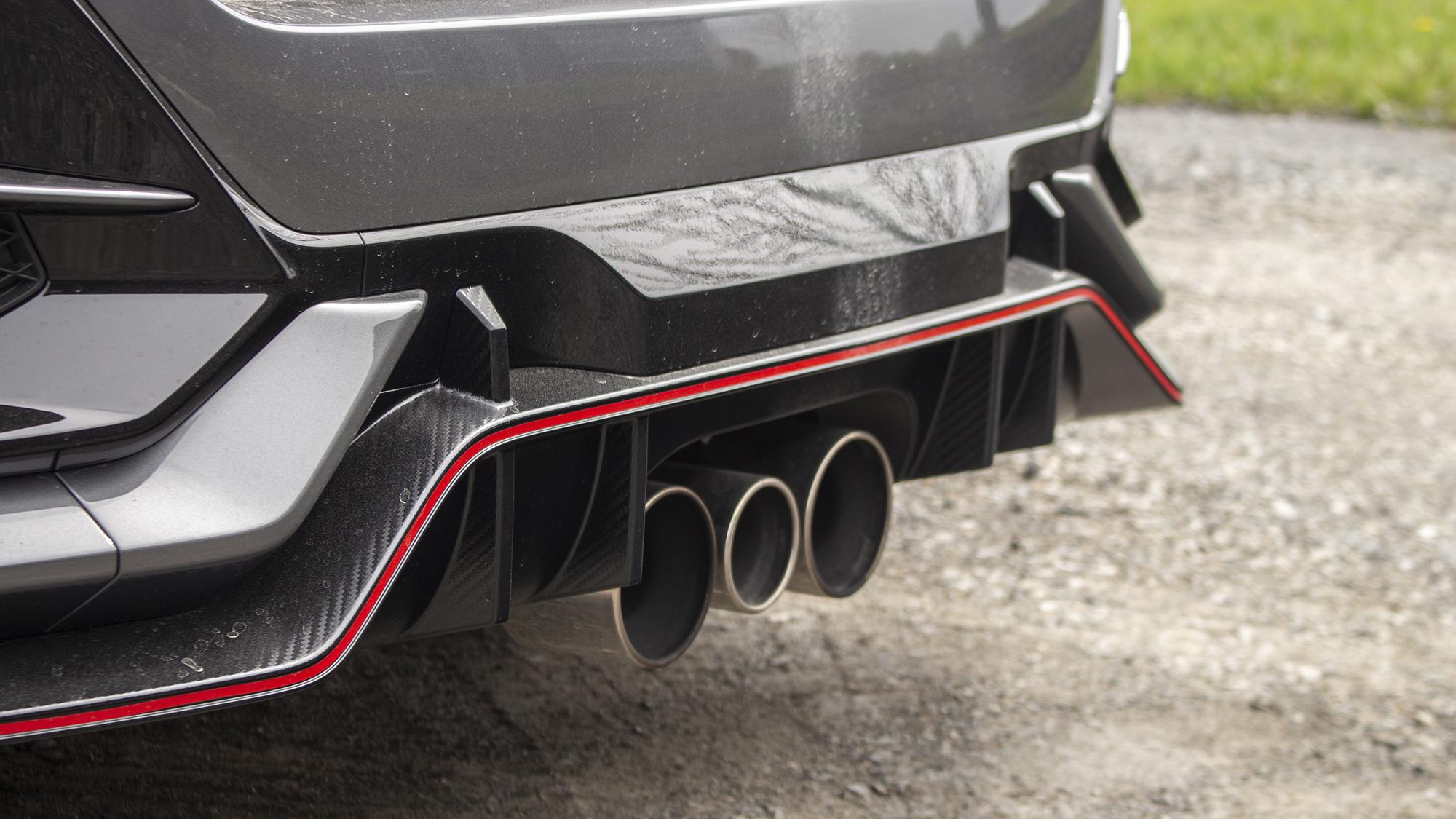 But unlike a CX-30, the 2021 Honda Civic Type R gives you proper thrills behind the wheel. Its engine is a tower of power and torque, producing a generous amount of twist down low in the rev range while still allowing you to rev it to redline like the old VTEC Hondas of yore. There’s not much in the way of sound, however. I do wish the Type R had more of an engaging soundtrack, other than the annoying synthesized drone that’s pumped through its audio system, which can’t be turned off. A rumbling, crackling exhaust note like, say, in a Hyundai Veloster N, would definitely give this super Civic a bit more character. 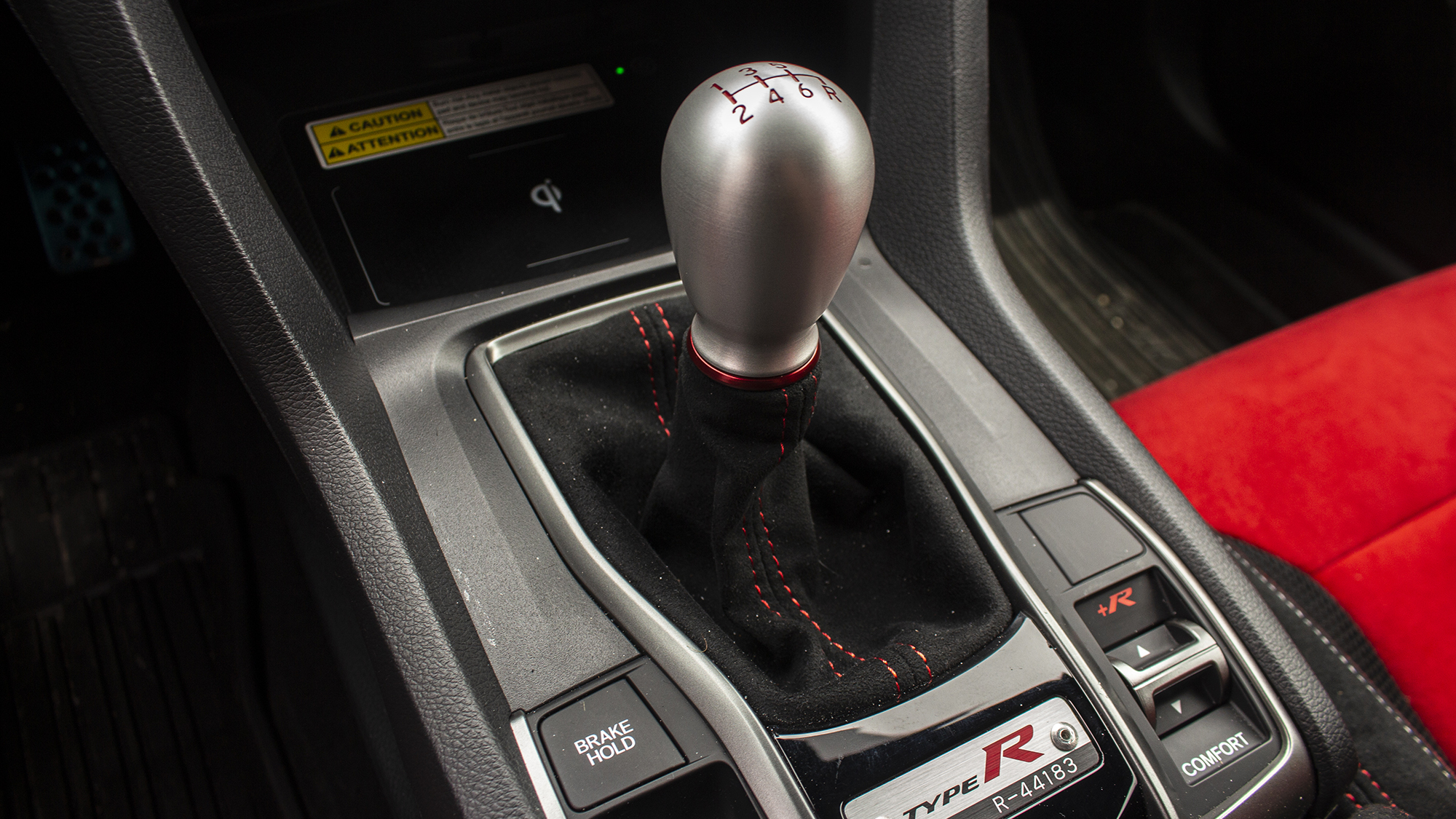 Overall cabin ergonomics continue to be a Civic hallmark, with plenty of storage spaces, USB charging ports, and easily accessible controls. The manual shift knob is also a peach to operate due to its slim design and short-throw action. Combined with a light but grippy clutch, this is hands down one of the best applications of three pedals currently on sale. 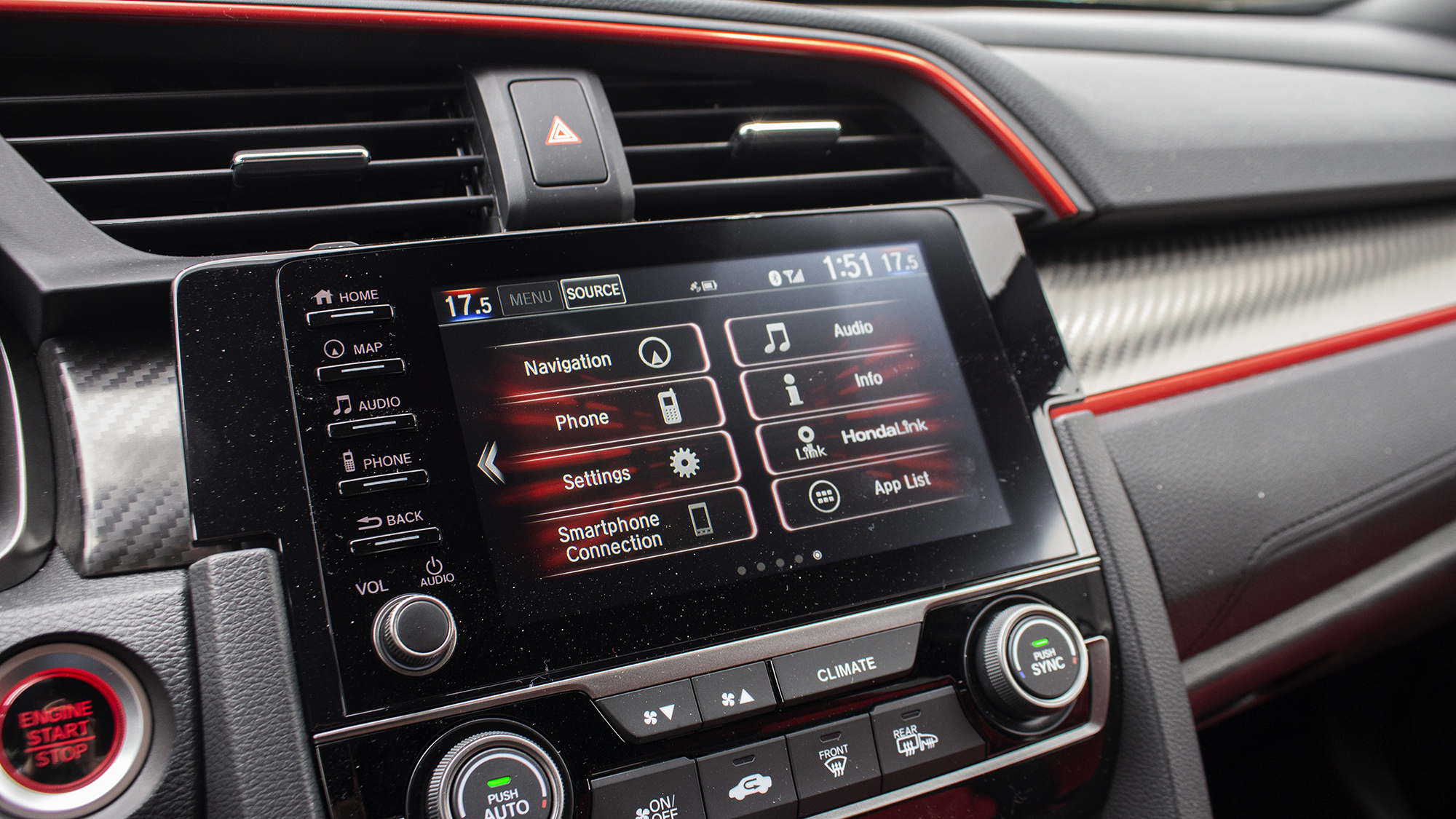 But the Type R’s infotainment system sadly doesn’t follow along this greatness. Essentially the same setup as in all current Civics, the interface feels dated and is heavy in information. It’s also slow to react at times and requires several steps to achieve simple tasks. For instance, searching for the car’s auto rev-matching feature could have you getting lost in a few menus before finding the off button. 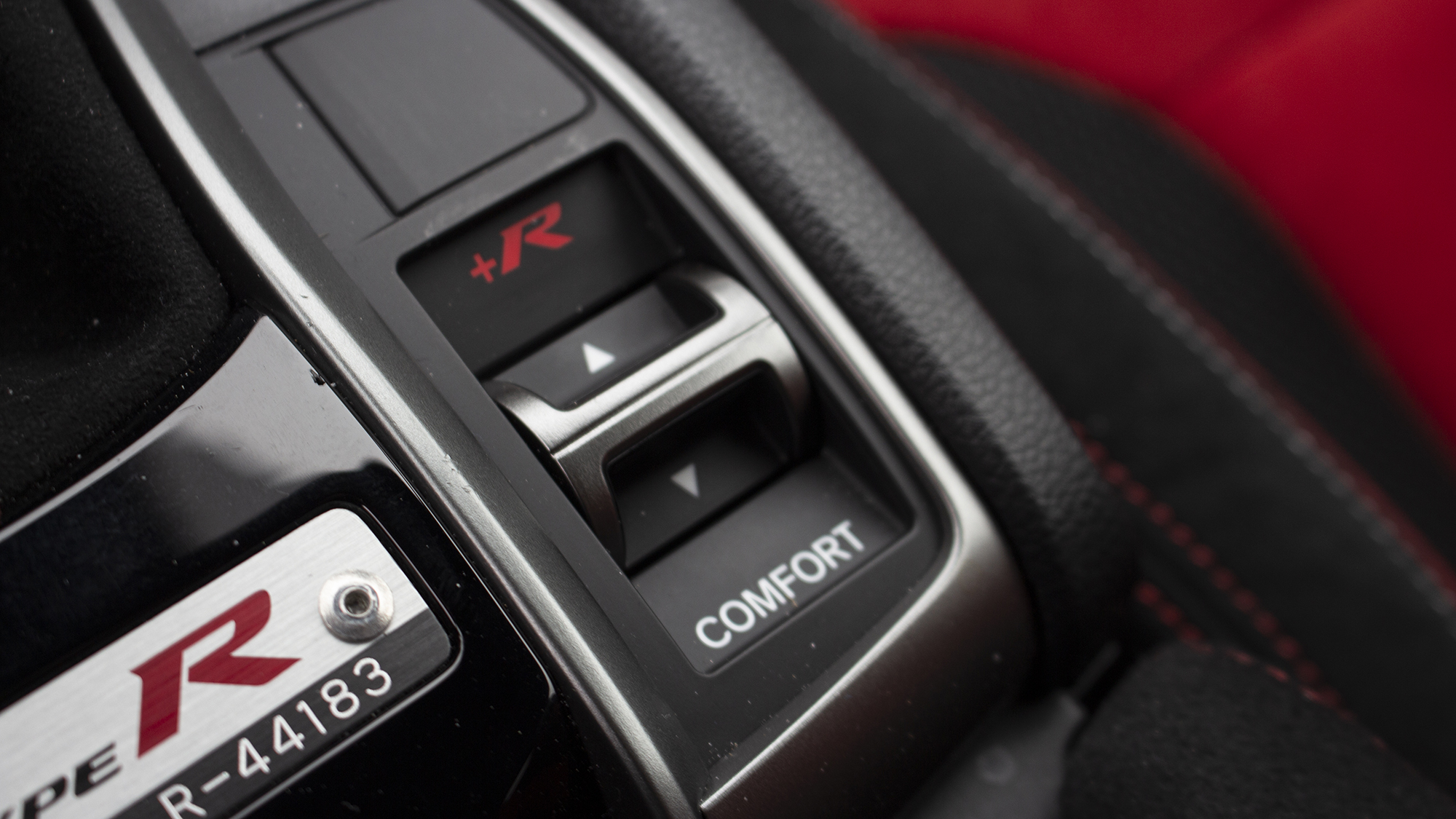 I’d also like to see a bit more flexibility in the Type R’s available drive modes. Comfort mode is fantastic, and so is +R, but Sport falls short at truly distinguishing the car’s behavior. Honda should consider integrating a fully customizable mode in the next-generation car.

What’s Next For The Civic Type R? 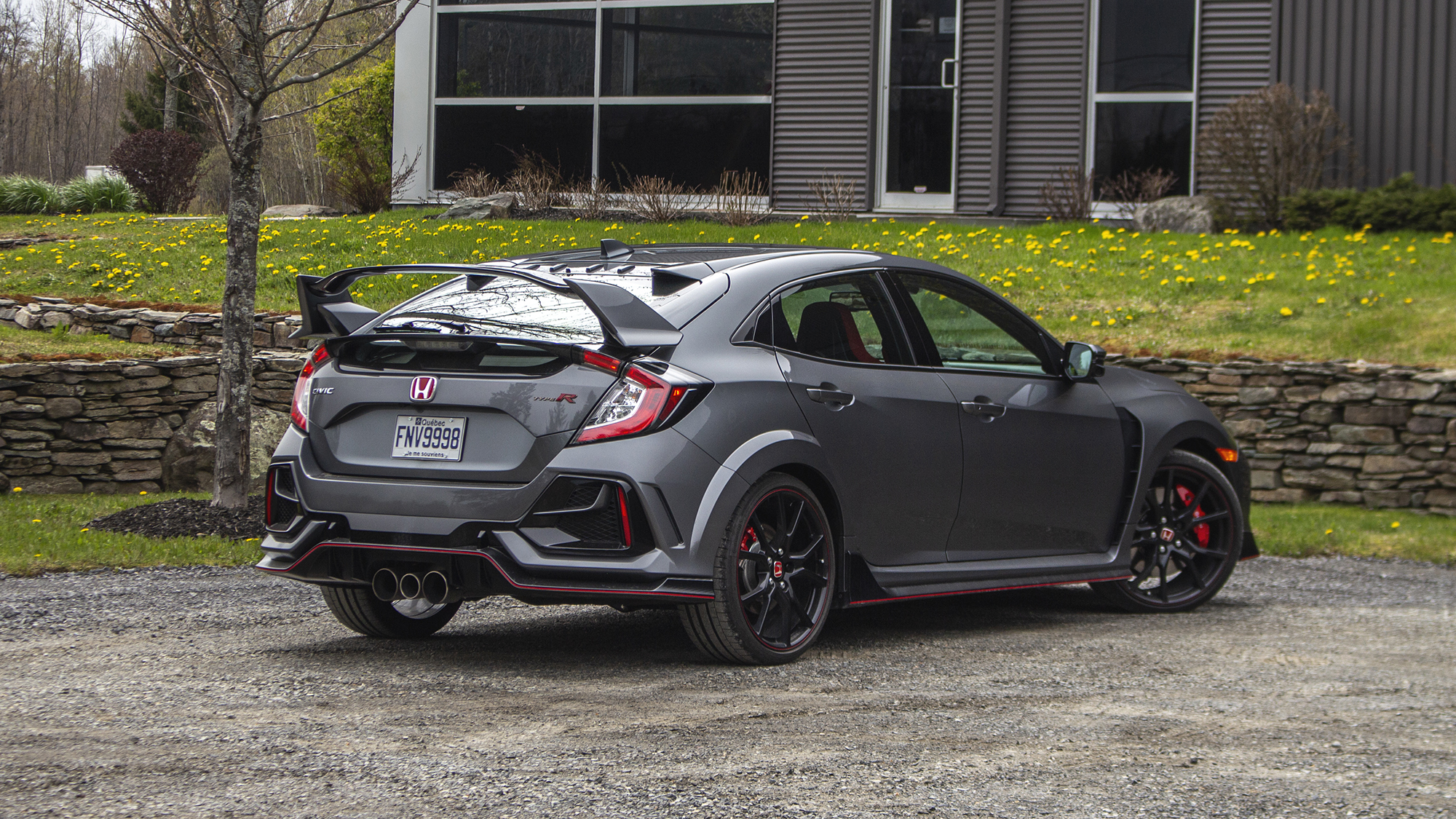 At the end of the day, the 2021 Honda Civic Type R is immensely fun to drive and still highly capable on the right bit of road. I’d even add that its levels of livability and refinement challenge sport compacts from premium brands, things like a Mercedes-AMG A35 or an Audi S3. Here’s to hoping the next-generation Type R keeps these endearing qualities intact, no matter what it’ll look like.


Factory Five 818C Kit Car Gets Better and Better
The Top 10 Most Expensive Sports Cars in the World
Best of 2019 Genesis
Dodge Now Offers a 710 HP+ SRT Hellcat Version of Every Mode...
The Mercedes C63 Edition 1 Is A Road Going Version Of The C6...
4 Reasons Not To Sell Your Car on Ebay

Automotive journalist from Montreal, Canada. When William's not busy reviewing cars, he's ripping through some back roads in his modified MINI Cooper or fixing up his E39 BMW 540i. He also daily drives a 2001 Toyota Camry.