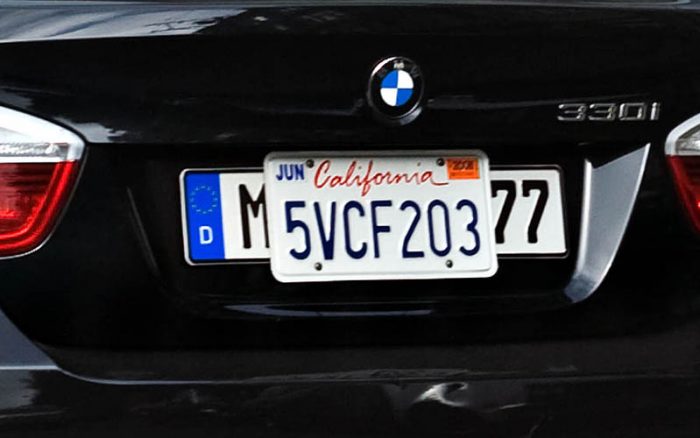 Anyone who’s attended the vast SEMA show over recent years knows that there’s never been more variety of auto accessories. Almost every imaginable aftermarket option and upgrade for engines, interiors and exteriors are now available, allowing drivers to individualize their cars to the nth degree. But among the thousands of legitimately worthwhile aesthetic, performance and convenience accessories lurk some that are just plain dumb. We took a look at ten of the dumbest. 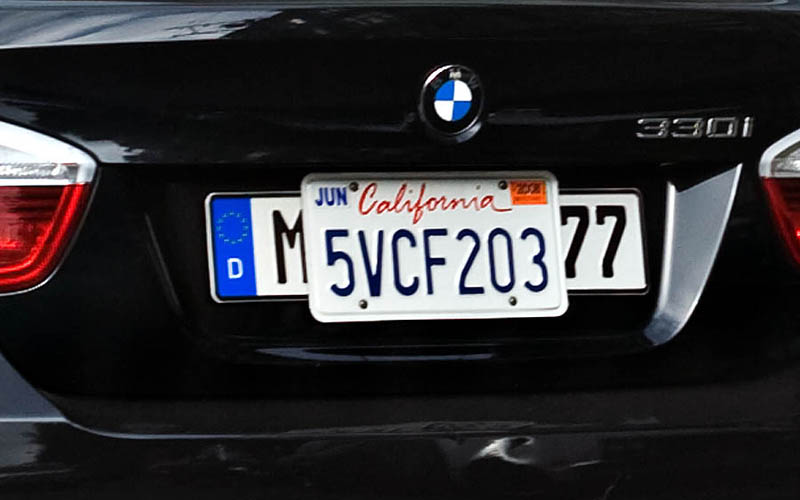 We’ve all seen ‘em on American roads: a European car, usually a BMW, with a faux German license plate semi-obscured by a smaller, legit U.S. state plate. Apparently the idea is to imply that your car is actually a privately-imported (and somehow more “sophisticated”) Euro-spec Beemer. So, let’s get this straight: having gone to all the time, trouble and expense required to ship a swanky BMW across the Atlantic Ocean, you somehow lacked the patience and energy to manage anything better than clumsily bolting your American plate on top of old Euro one? What is German for “pretentious”? 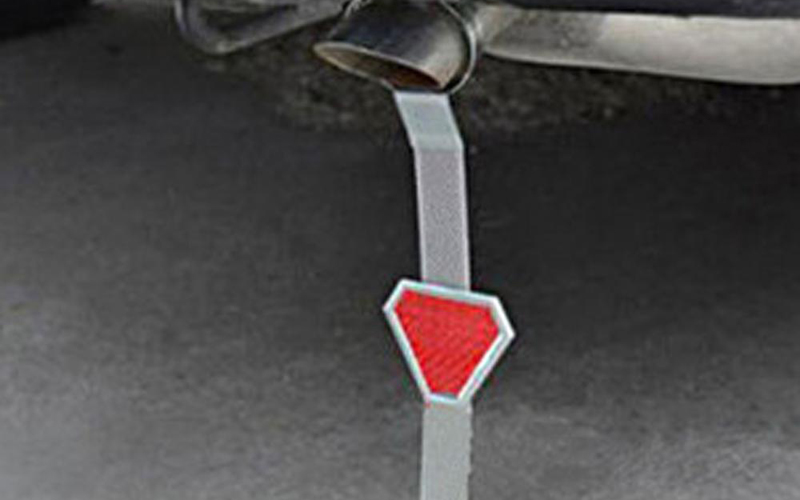 Rubber strips with conductive metal inserts that dangle from the back of a car, trailing along the asphalt, anti-static straps have been objects of mystery for decades. The idea is that, by grounding a vehicle, they reduce build-up of static electricity caused by air molecules moving against its body, which can allegedly result in small electric shocks when opening the doors; dust accumulation on the bodywork; and motion sickness to those within. While the first two are debatable, the third is downright baseless. In fact, the most likely effect is strangers yelling “something’s hanging under your car!” 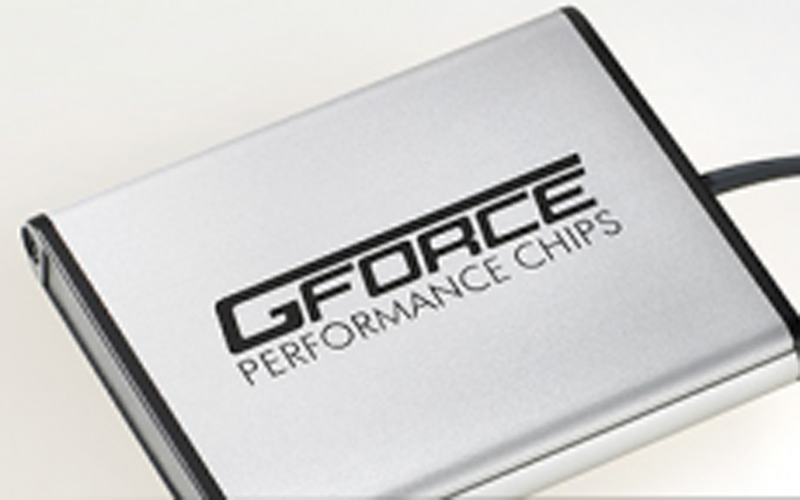 Perhaps the ultimate in under-the-hood placebo effects, cheap “performance chips” still infest online marketplaces. In 2015, Orange County District Attorney’s office shut down a California company selling the popular GForce chips for falsely advertising that their $69 product (which had generated more than $15 million in profits) contained software programmed to increase gas mileage, reduce emissions and boost horsepower. Most such “chips” are actually just elaborately-packaged resistors, any effects of which will simply be “overruled” by a car’s ECM/PCM. But they really can do two things: void warranties and trigger check-engine lights. 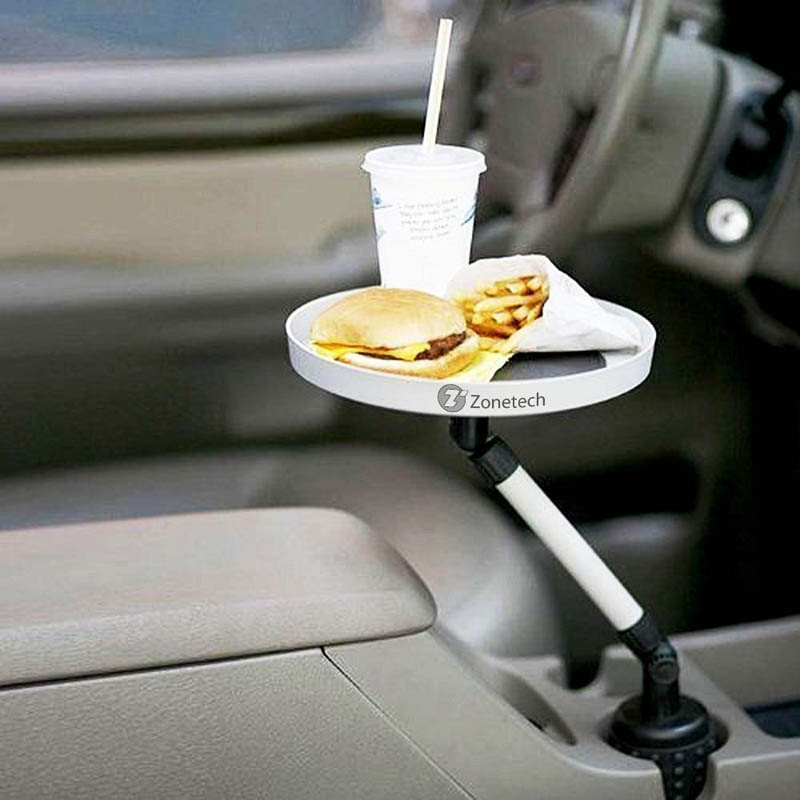 If you’re going to sit in your stationary car while eating fast food, you might as well dine inside the restaurant. And if you intend to dine while driving (which Autowise does not recommend), then a precarious swivel tray – which protrudes from a center-console cup holder to support a small round dish above – only elevates your meal to create even more fries-ketchup-and-soda chaos on the first sharp corner or sudden stop. Owners report failure to fit the cup holders of many common cars, and construction quality roughly equivalent to a party favor. 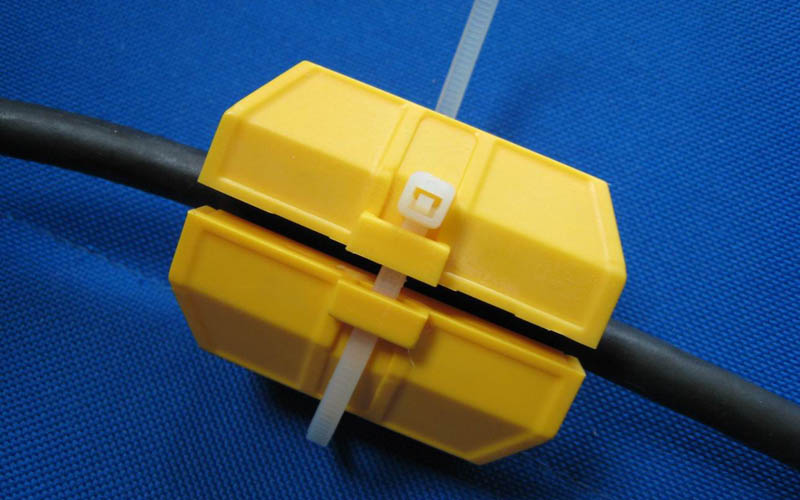 Despite being debunked by everyone from the EAP and AAA to Popular Mechanics and Consumer Reports, there are still auto enthusiasts who believe that attaching magnets to their car’s fuel line will improve MPG. The theory is that magnets (usually a pair clamped around the fuel line) will drag gasoline molecules into alignment, producing leaner, more efficient combustion. One glaring catch: gasoline molecules aren’t magnetic, so no alignment (or any other magnetic effect) is possible. And, besides, with many fuel lines being steel, any magnetic flux wouldn’t even pass through these and into the fuel. 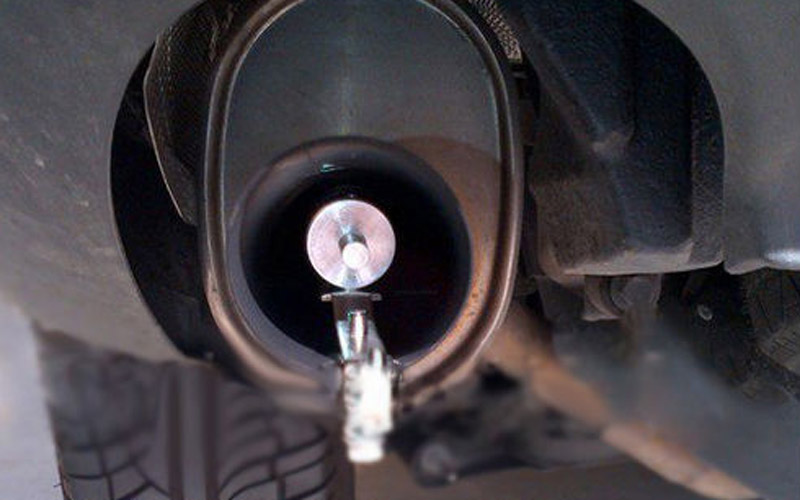 Also known as “whistler tips” or just “whistlers”, these irritating exhaust pipe mods owe much of their notoriety to Bubb Rubb and Lil Sis – Oakland whistler fans who comically demonstrated their enthusiasm during a 2003 KRON-TV news segment. Oakland has the dubious distinction of being the birthplace of the whistle tip – essentially a small metal plate with a central hole, welded into the inner tip of an exhaust pipe. As exhaust gases are forced through the opening, a siren-like sound, audible up to a mile distant, is produced. Unsurprisingly, California promptly banned them in 2004. 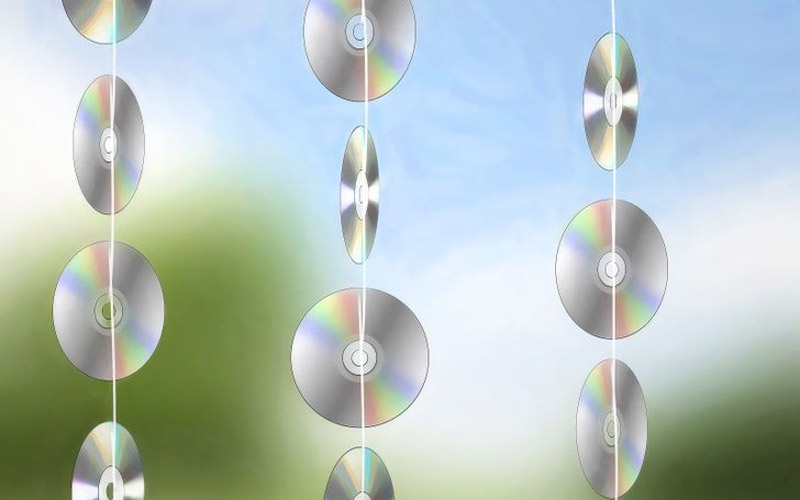 Another urban myth-fueled auto accessory of zero worth (and, in fairness, almost-zero cost) is a compact disc dangled from a rearview mirror. The enduring belief is that the shiny CD will deflect police radar guns and thus protect the disc-toting driver from speeding tickets. Like a bevy of other DIY “radar masking” techniques, this one is bogus, as evidenced by vehicles covered in shiny chrome getting speeding tickets daily. As it’s illegal to dangle anything from your rearview mirror in many jurisdictions, this almost superstitious use for a CD will likely only attract “obstructed view” tickets. 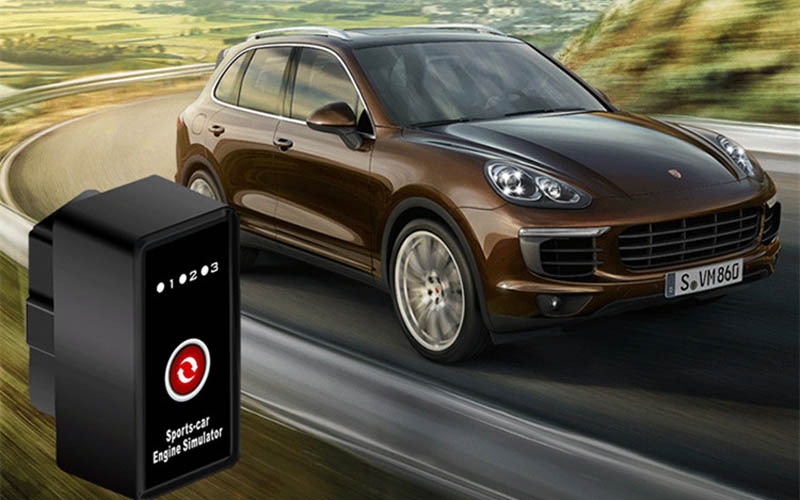 There’s legitimate value to artificial engine sound, notably in making otherwise whisper-quiet hybrid and electric vehicles (which are now NHTSA-required to produce audible noise) safer for pedestrians. Interior “active” engine noise-enhancement systems, which play a prerecorded track through a car’s speaker system to augment increasingly quiet gasoline engines in ever-more insulated cabins, have been used by automakers for years. But plug-and-play after market simulators, which can purportedly make a Smart Fortwo sound like a Shelby Mustang or Ferrari F12 (but only inside), are, even when reported installation and sound-lag problems are overcome, just embarrassing man-child toys. 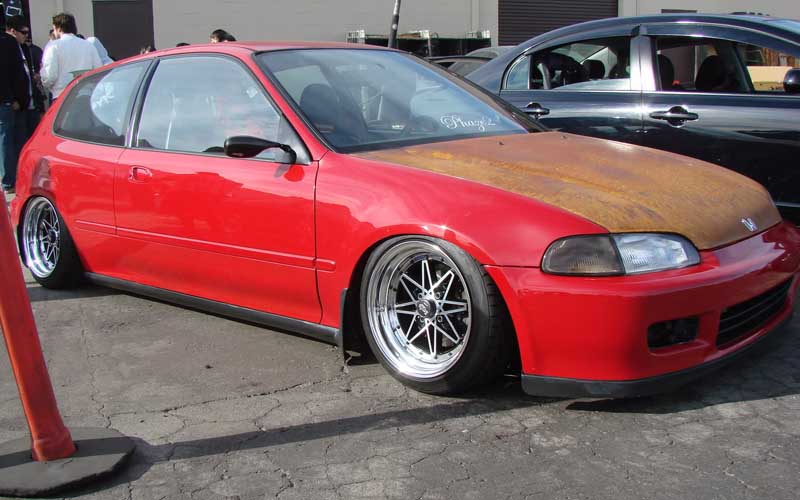 Not strictly an accessory, but unequivocally dumb, the intentional rusting of hoods, trunk lids, and even entire cars – by sanding them down and leaving the bare metal exposed to the elements – is a trend-for-the-sake-of-being-a-trend now mercifully on the wane. Mostly seen on older VeeDubs and Beemers, this deliberate “rat-look” can be accelerated by dousing body panels with salt water (or simply sprinkling a wet car with table salt). Listen, if you really want a rusty ride, just locate a 1980s Alfa Romeo and move to Seattle. 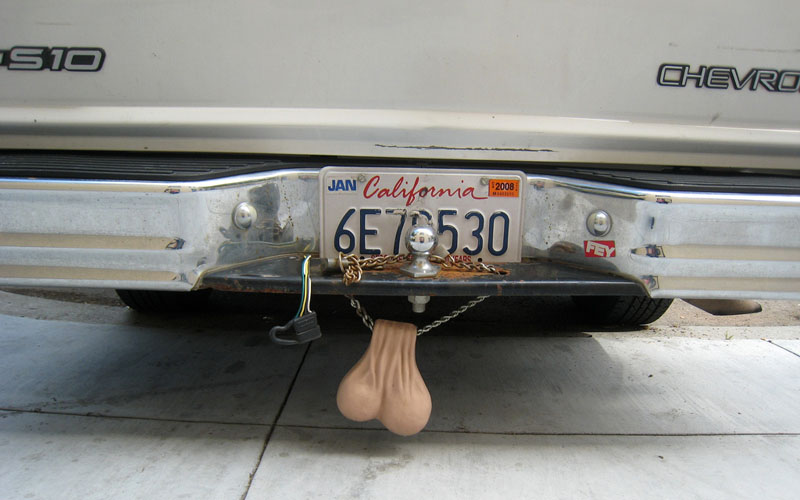 Also dubbed “truckticles” and “truck balls”, truck nuts are rubber or metal reproductions of testicles – human or bull – which hang from a vehicle’s trailer hitch (most commonly, as the name suggests, a pickup truck or SUV). Commercially manufactured since the late 1990s, these almost exclusively American “auto ornaments” are available in every imaginable color, silver and gold, and even in LED light-up varieties to give you options for the worst automobile accessories. Sizes range from 4-inch “biker balls” to 16-inch “monster truck nuts”. I have no clue what truck nuts’ purpose could possibly be, but do know what usually sits above balls.