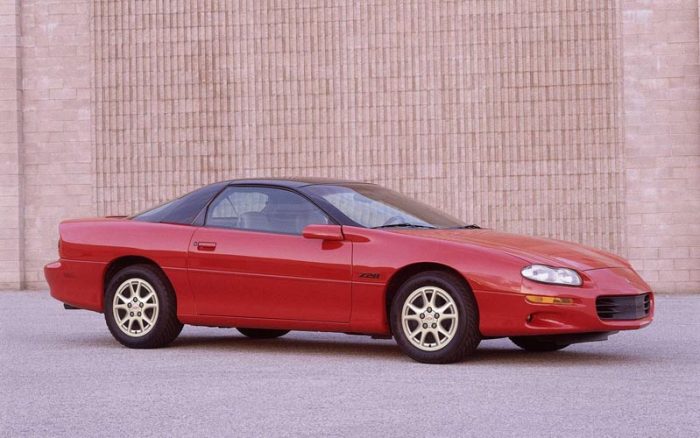 Everyone (or at least a lot of us) loves to go fast, but finding the budget to satisfy that need for speed can be difficult, which is why we put together a list of some of the fastest cars under 5K for your viewing and driving pleasure.

If you are in the market for some cheap speed, these picks will certainly fit the bill. They can all reach 155 mph pretty easily and will go even faster with a few modifications (bypassing the limiter), making them an excellent way to fulfill your speed wishes on a limited budget.

It should be pointed out that most of these picks are older, luxury cars that once cost a small fortune. Luckily, depreciation is playing into your favor today. However, repair costs can still be significant, so make sure you have the car thoroughly checked out before handing over your $5,000.

This list is hardly exhaustive; there are plenty of cheap cars that will get your heart pumping, so if you’d like, list your favorites in the comments and we will have a look at them. Now get ready to head out on the highway and crank up the speed when you slip behind the wheel of one of these fastest cars under 5k.

This is a fun-loving car that is a blast to drive and can go from zero to 60 in about 5.6 seconds. This is one of the fastest cars under 5K with a top speed around 155 mph. This version of the S4 is still very popular with enthusiasts, and thanks to its advanced age, you should be able to pick one up for around $5,000. 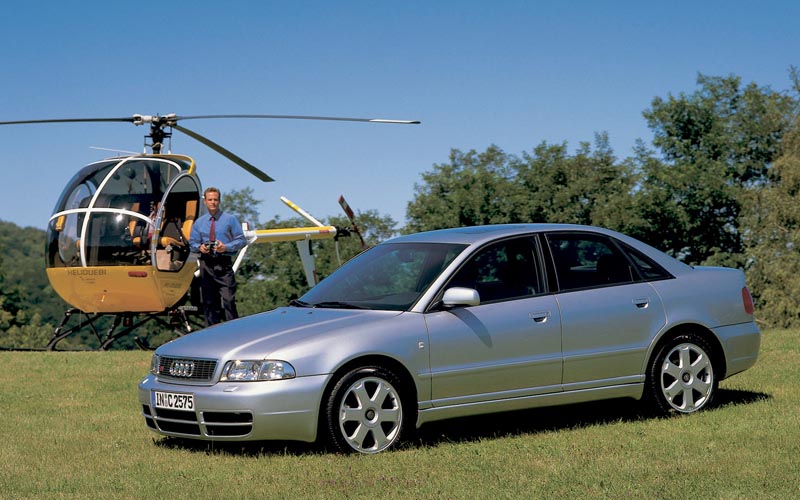 The B5 S4 has a twin-turbocharged 250 hp 30-valve DOHC V-6 paired to a six-speed manual transmission that powers the Quattro all-wheel-drive system. A 5-speed Tiptronic automatic is available if you prefer to let the car do the shifting. 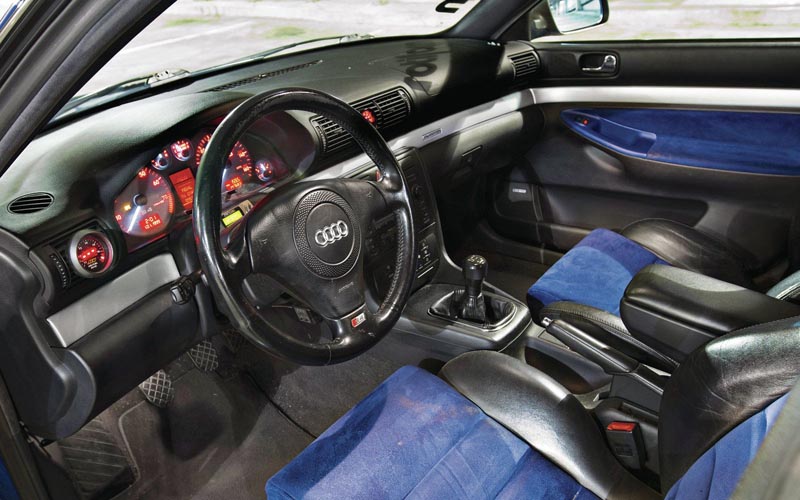 As you would expect with Audi, the interior is pretty luxurious but also slightly dated at this point. The S4 has sport seats designed to keep the driver in place when cranking out the corners. Leather is standard and an easy to read instrument cluster makes sure you always have the information you need. 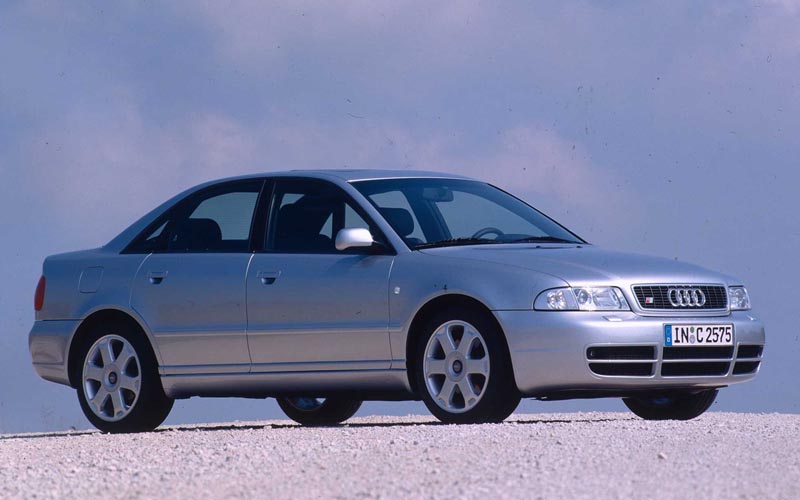 Optional equipment includes a Bose premium sound system, Audi navigation system, sunroof, and auto-dimming mirrors. Depending on the mileage and trim level, you may end up slightly over our 5K target.

The Boxster was introduced in 1997 but you should be able to get a 2001 or even 2002 for 5k or less. The base model has a 2.7 liter horizontally opposed DOHC six-cylinder that puts out 217 horsepower and is paired to a six-speed gearbox. This was enough to push it up to 155 mph (or faster if modified) earning it a spot on our fastest cars under 5K list. 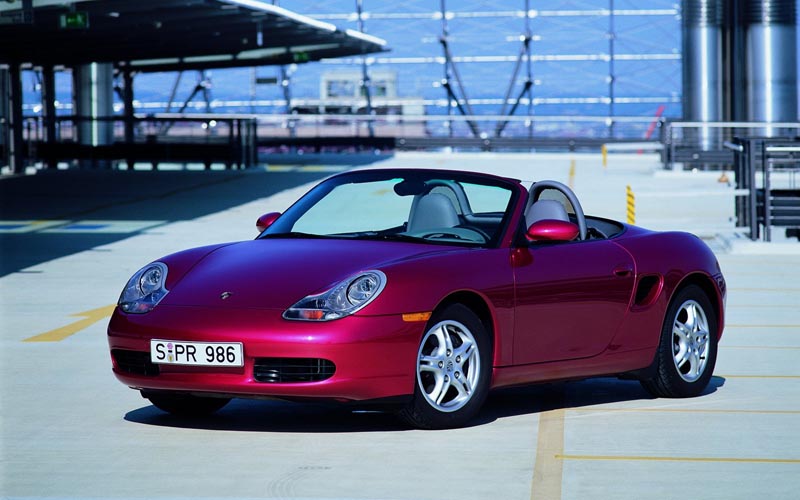 If you can find a Boxster S, the top speed bumps up to 162 mph and the 3.2 six-cylinder cranks up to 250 horsepower. A five-speed Tiptronic automatic tranny was available as an option on both trim levels. 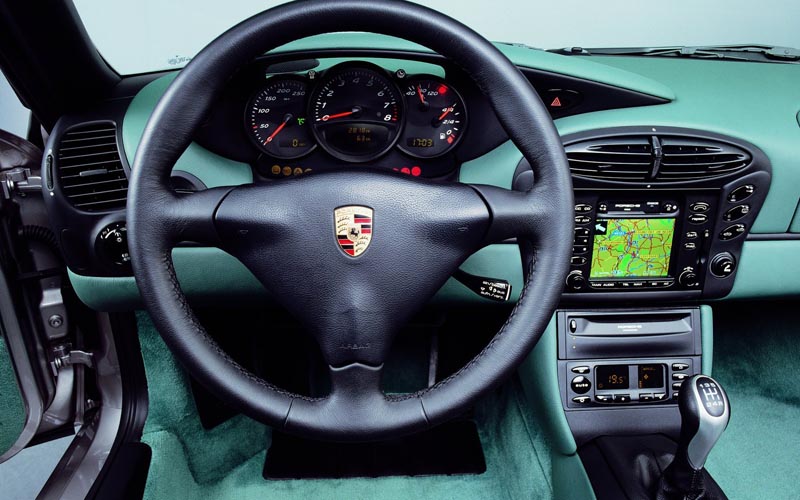 You won’t be hauling the entire family around in this two-seater but you will enjoy leather-trimmed seats that hug you tight around the corners. Air conditioning, heated power mirrors, power windows and locks, and a theft-deterrence system are all standard equipment.

This is definitely one of the fastest cars under 5K if you can find one at our price point. High-end luxury cars tend to depreciate quickly which means you can pick up up a very fast and luxurious vehicle at a bargain basement price. Mileage and condition will determine if you can stay under 5K, but you may be able to find up to a 2005 and still stay under our price cap. 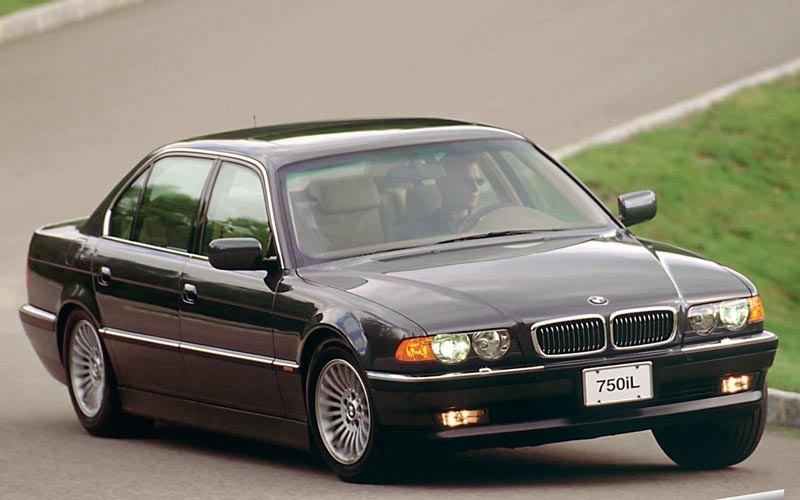 Back in 2001, this vehicle would have set you back almost $92K, and for good reason. It has a 5.4-liter SOHC V-12 under the hood that can crank out 326 horsepower that is coupled to a five-speed automatic transmission. All of this power will propel the 750iL up to 155 mph while a self-leveling rear suspension and BMW’s Dynamic Stability Control system keep the wheels safely on the ground while hitting the corners hard. 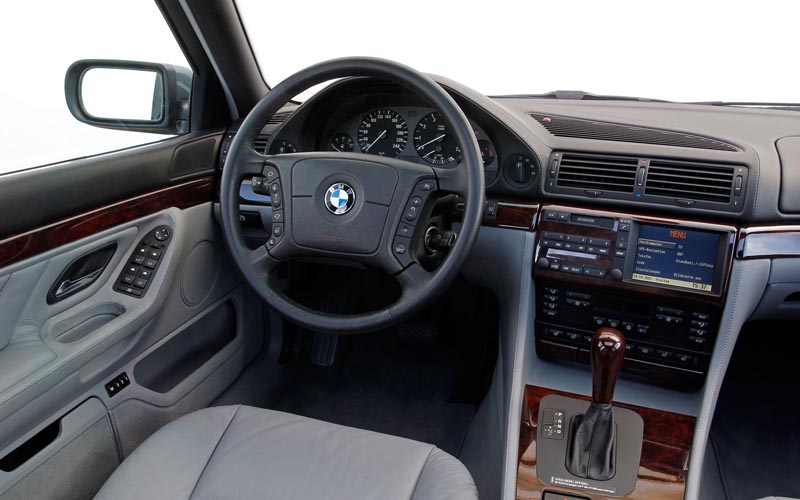 Even back in 2000, the 750iL was loaded with luxury. Xenon headlights with auto-leveling, park distance control, power leather heated seats, a heated steering wheel, and navigation system are all standard equipment.

While the 750iL is not going to hug the corners like a top-end sports car, if you are looking for brute power combined with a ton of luxury, this is the vehicle for you. 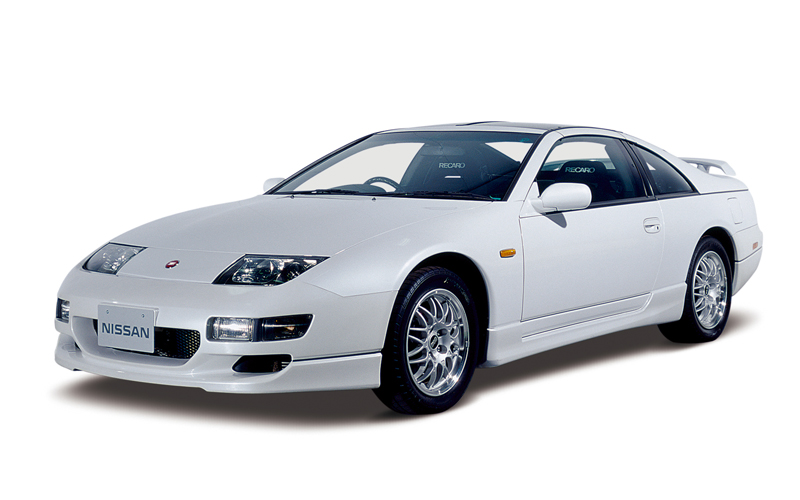 Like most of the cars on our list, the ZX topped out at 155 mph due to the limiter. The twin-turbocharged and intercooled DOHC 24-valve 3.0-liter V-6 could produce 280-300 horsepower depending on the trim level you choose. This was enough power to propel it up to 60 mph in 5.6 seconds. 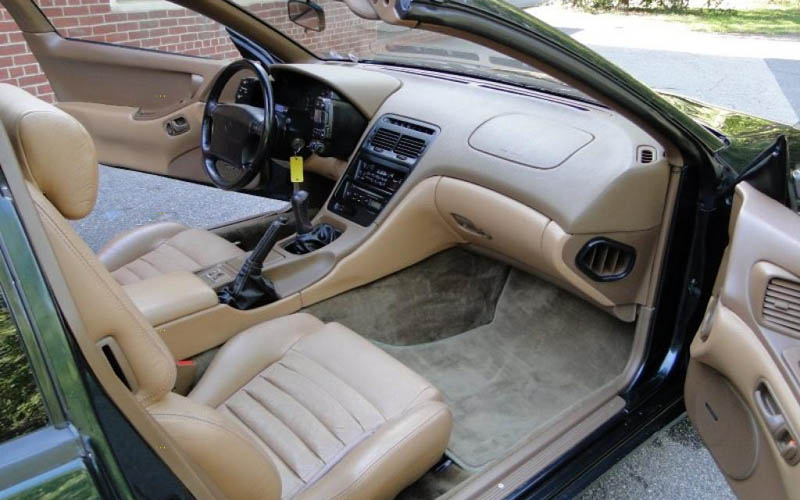 A four-wheel independent suspension and adjustable shocks make the 300ZX a real pleasure out on the road as does the Super HICAS (High Capacity Actively Controlled Suspension) four-wheel-steering system. This allowed a plus or minus 1 degree of rear steering which made it handle like it was on rails in the tight corners. While the interior is certainly dated by now, it was fairly state of the art back in the 90’s. 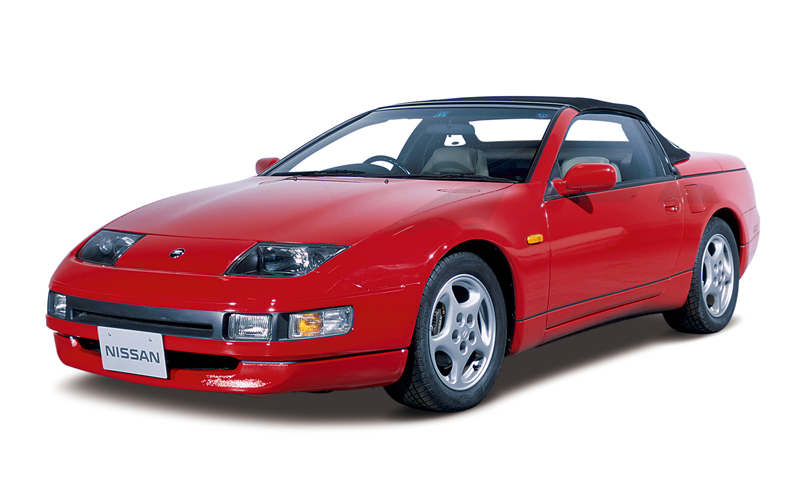 A convertible model was made available in 1993 and is an excellent option if you can find one in the 5K price range.

This choice may push the budget a bit but its possible to find one for under 5K if you like high mileage cars. 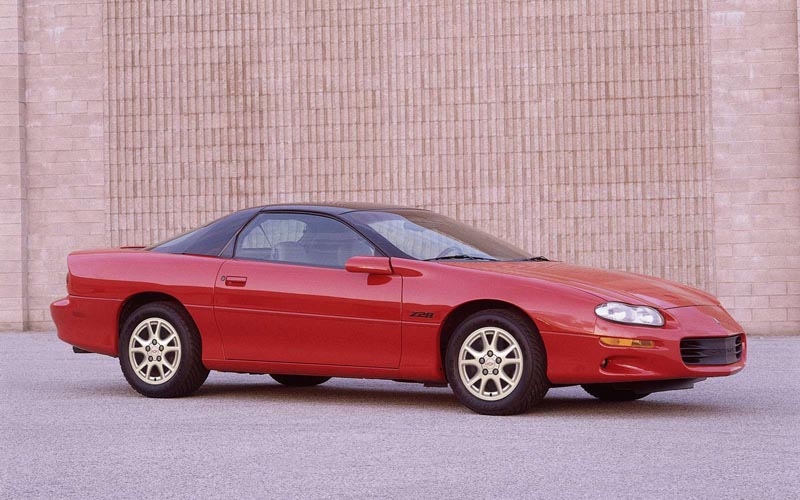 The standard version of the Camaro came with a 3.8 V-6, which was fun but not outrageous. Upgrading to the SS version dropped a 5.7-liter V-8 under the hood and upped the horsepower to 320. A four-speed automatic was the standard transmission on the V-8 with a six-speed manual being optional equipment. 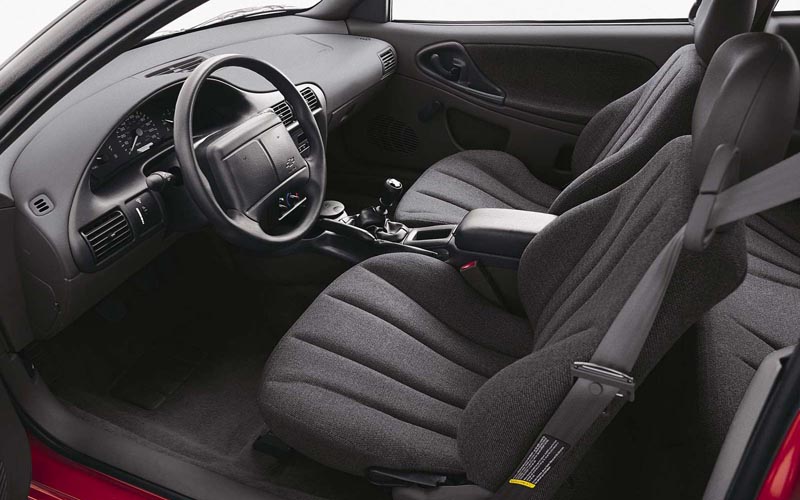 The interior was less than impressive with a very plastic interior, limited visibility, and a very cramped seating area, but once you are behind the wheel the SS really starts to shine.

Like we said earlier, this list is not exhaustive, and there are plenty of cool options out there than can be had for under $5k. If you’ve got some more ideas, feel free to drop a comment below!