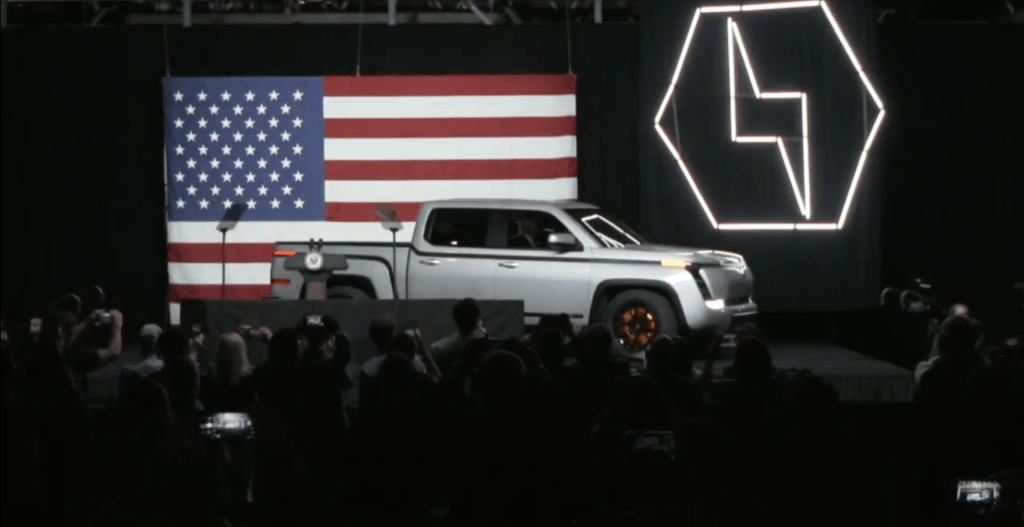 Lordstown Motors has reached a non-binding agreement to sell its 6.2 million-square-foot assembly plant in Ohio for $230 million to Foxconn. The deal would also see the Chinese manufacturer acquire $50 million in Lordstown stock.

As part of the proposed deal, Foxconn will build Lordstown’s battery-electric Endurance pickup. Foxconn also would use the former General Motors assembly plant to produce a compact, all-electric crossover for Fisker Inc.

There is some speculation that the Chinese firm might use the factory to assist another partner, assembling the long-rumored Apple Car.

“We are excited about the prospect of joining forces with a world-class smart manufacturer like Foxconn and believe the relationship would provide operational, technology, and supply chain benefits to our company and accelerate overall scaled vehicle production and increase employment in the Lordstown facility,” said Daniel Ninivaggi, who took over as Lordstown Motors’ chief executive officer barely a month ago.

The start-up had a promising launch, claiming to have lined up a long list of customers for its Endurance pickup. That led to an October 2020 merger with Diamond Peak Holdings Corp. Shares, trading on the Nasdaq as RIDE, hit a high of $31.57 before short-seller Hindenburg Research released a report last March claiming Lordstown had faked its numbers.

The Ohio-based automaker acknowledged it didn’t have anywhere near the 100,000 advance orders it claimed – if it had any locked down at all. As federal investigators began a probe, founder and CEO Steve Burns resident, Lordstown’s stock tumbling by 85%.

That left the company struggling to survive and scrambling to find funds to put Endurance into production.

For its part, Foxconn is best known for its production of electronic components and gears – earning billions assembling Apple’s iPhone.

It has been eying opportunities in the auto industry. A year ago it announced plans to set up a factory in China that, it said, would serve as a contract manufacturer for emerging auto companies that didn’t want to build their own plants.

In March 2021, Chairman Liu Young-way told reporters Foxconn was considering building a similar plant in the U.S. One possibility was to repurpose a $10-billion operation in Mount Pleasant, Wisconsin that was supposed to produce flat-panel television. That project has never been completed.

Foxconn has already lined up a number of production deals with established manufacturers such as Geely and Stellantis, as well as start-ups Byton, Faraday Future, and Fisker.

Electric SUVs To The Rescue

As part of the non-binding agreement with Lordstown Motors, the Ohio plant will be used to produce a compact crossover codenamed Project PEAR. Short for Personal Electric Automotive Revolution, it is expected to come in at “under $30,000,” according to Sam Abuelsamid, principal auto analyst for Guidehouse Insight.

Fisker’s first all-electric model, the bigger Ocean SUV, will be produced at another contract manufacturing site in Austria operated by Canadian auto supplier Magna. It is expected to reach production within the next year. But the lower-cost PEAR is targeting significantly larger sales, as much as 250,000 annually, and that could help fill up the Lordstown factory – which last produced the compact Chevrolet Cruze sedan before GM shuttered it in 2019.

“This will give Lordstown (Motors) a bit of runway,” said Abuelsamid, since it would help spread out the cost of operating the Ohio plant and improve economies of scale by having the Endurance pickup and Fisker PEAR share some of their key components, such as batteries and motors.

“The partnership would allow Lordstown Motors to take advantage of Foxconn’s extensive manufacturing expertise and cost-efficient supply chain,” said Ninivaggi, “while freeing up Lordstown Motors to focus on bringing the Endurance to market, developing service offerings for our fleet customers, and designing and developing innovative new vehicle models.”

Apple Car: Made in Ohio?

With Lordstown, Foxconn could find a new way to work with its old partner Apple. The Silicon Valley giant has been working for years on an automotive program known internally as Project Titan. The effort has gone through a number of changes and, according to various reports, Apple no longer wants to set up its own manufacturing plant for whatever vehicle it might eventually build.

Early this year, South Korean carmaker Hyundai Motor Group confirmed it was discussing a possible tie-up with Apple, but the negotiations faltered after the talks became public. Since then, sources close to Apple have linked it to other possible partners, including Toyota.

While a number of start-ups have been looking at importing vehicles from China or other low-cost manufacturing locations, the ongoing trade friction between the U.S. and the Asian giant has changed the climate. And Congress now is looking at new EV sales incentives that would specifically enhance the appeal of American-made vehicles.

Whether Apple could turn to Foxconn and utilize the Lordstown plant is, for now, “a hypothetical,” said Stephanie Brinley, principal auto analyst for IHS Markit. For his part, analyst Abuelsamid said he wouldn’t be surprised to see Apple turn to Foxconn, but he questions whether it would want to build an Apple car in Ohio or turn to an all-new assembly plant in Wisconsin.

Either way, contract manufacturing seems to be gaining ground in an industry undergoing substantial change. It could prove particularly helpful for start-ups like Lordstown and Fisker. It would let them avoid the hefty costs and complex logistics of setting up and running their own assembly plants.

For troubled Lordstown, in particular, “The deal would give them a little breathing room – if it happens,” said a clearly skeptical Brinley. “This deal could fall apart. But if it does come together it will give them more opportunity” to survive.