Luxury vehicles are a marketing term used to describe any car that offers luxury to drivers. The increased expense provides desirable features that go beyond what’s needed. Most of the time, it refers to any vehicle with a highly refined interior, exceptional performance, and additional comforts.  The term is used broadly to cover many automobiles. It easily covers sedans, coupe, hatchbacks, convertibles, and SUVs.

What are Luxury Cars?

Compared to regular vehicles, luxury vehicles offer a more refined and technologically advanced interior than standard models. They contain an outrageous list of optional features as well. Leather interiors are a must in the luxury division. In addition, many of them typically feature an even 50-50 weight distribution and thick sound dampening panels to reduce road noise. They also come with a softer suspension to reduce the effect of bumps in the road, powerful engines to accelerate the heavier vehicles to speed, and advanced creature comfort systems like surround sound premium audio and multi-zone climate control functions. 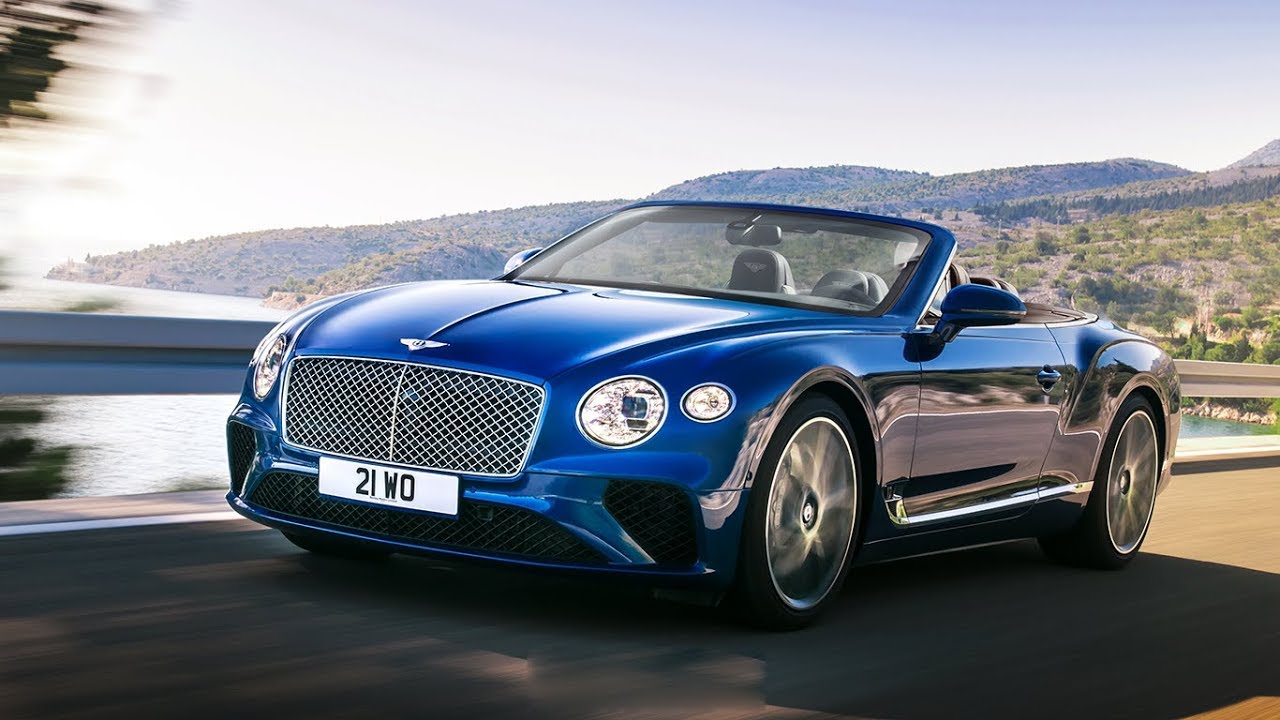 These vehicles especially shine on the interior, where cheap plastics are replaced with high-quality building materials. These include materials such as aluminum, leather, suede, or Alcantara, real-wood paneling, or even carbon fiber in some cases. They are ultimately designed for comfort and sophistication over economy or space-saving.

Classification of Luxury Cars Around the World

There are no clear boundary lines between the luxury class of vehicles and other segments. Lines are blurred making the classification difficult to understand at times. Several strategies have been implemented to differentiate the categories.

In Australia, tax purposes label a luxury car as a passenger vehicle that’s value reaches a specified threshold. In France, the term “voiture de luxe” defines any vehicle of luxury. Germany refers to the cars as “upper class.”

Japan requires that the vehicle has an engine displacement of over 2000cc, which also requires a higher road tax. Russia calls their high-end cars, “representative class vehicle.”

In the United States, The Consumer Guide sorts luxury vehicles by their size. They also acknowledge that there are variable price differences between brands.

The industry uses several market segments to refer to luxury vehicles. These include:

The premium compact class is newer and initiated by European brands during the early 21st-century. Some examples of this class include a Mercedes-Benz CLA and Audi A3. That’s because they’re considered a small family or compact executive vehicle.

The target market for these vehicles is consumers that think entry-level luxury cars are too expensive. This class offers cars that are more fuel-efficient, lighter, small, and less costly. The younger generation typically purchases vehicles from this segment.

Many of them share components with other vehicles from the company. For example, the Audi A3 also shares parts with the VW Golf. Most of the time, the body style is a compact wagon or hatchback.

In Britain, this segment is called the compact executive class, but in the U.S. they are called an entry-level luxury car. These include the bottom model from a prestigious brand or the top model in non-luxury brands.

Compact executive vehicles tend to be smaller than a mid-size car and often when compared to compact family cars as well. They usually have rear-wheel-drive and larger engines which reduces the interior room. These cars also provide complicated suspensions, higher revolution engines, and sportier transmissions than a family car.

Some examples of cars in this class include the Cadillac ATS, BMW 3 Series, Lexus IS, Volvo S60, and Acura TLX.

While American classification allows entry-level cars to be larger vehicles and SUVs as well, the European designations don’t agree. In the United States, the Acura TL, Buick LaCrosse, and Lexus ES also fall into this category.

This segment is competitive and there’s lots of price overlap with the non-luxury cars that come equipped. One of the bestselling vehicles in this class has been the BMW 3 Series, which makes up more than a quarter of BMW’s worldwide sales.

In Britain, this class is referred to as executive cars. Some examples of cars in this segment include the BMW 5 Series, Genesis G80, Audi A6, Jaguar XF, and Infiniti Q70. They have similar dimensions to large family vehicles but are engineered as a premium vehicle. That’s because they provide more technology and performance with a longitudinal design versus the economical transverse layout.

Because of steep depreciation, many executive cars come from brands that also specialize in the large and more expensive vehicles. In the U.S., the market leaders are BMW and Mercedes-Benz.

For luxury car manufacturers, this segment represents the mid-range models. While they aren’t typically the top-selling model of the lineup, they’re essential to the company’s bottom line.

These are also called a flagship car, grand saloon, full-size luxury car, or large premium car. Most brands use this class to showcase any new technology they have. Many of them also have long-wheelbase versions for additional amenities and legroom. Most of the full-size luxury cars in the United States utilize a V8 engine, although some tried to offer six-cylinder engines instead.

Some of the most popular models in this category include the Audi A8, Porsche Panamera, BMW 7 Series, Maserati Quattroporte, Jaguar XJ, and Mercedes S-Class. 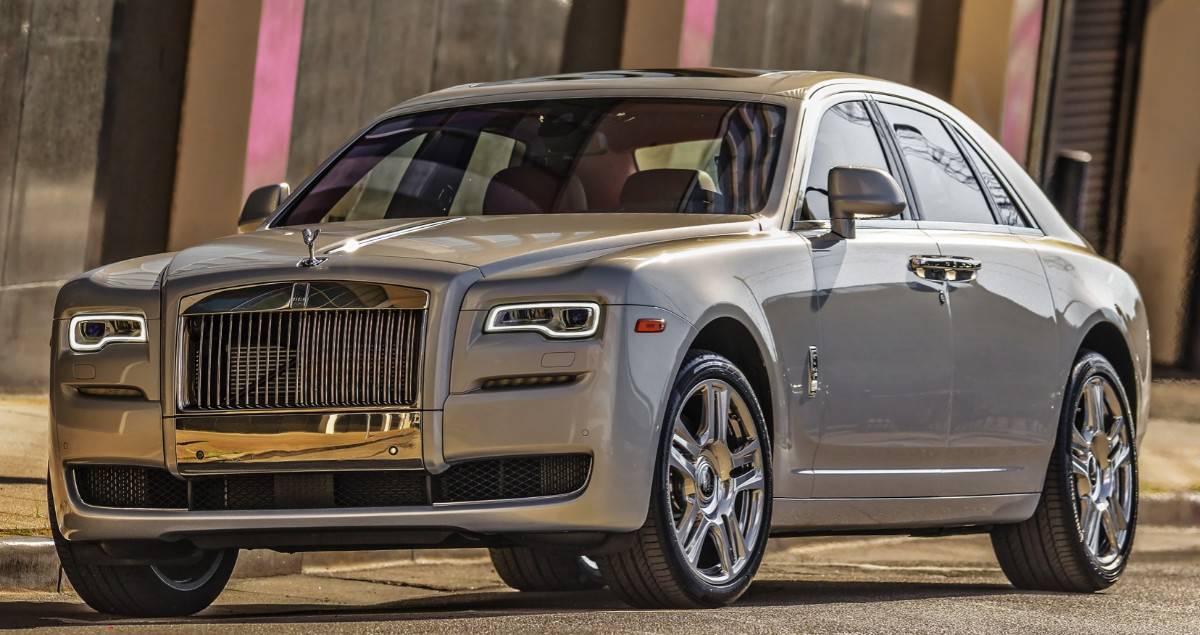 Some classifications of the ultra-luxury cars go by the price. Anything over $100,000 automatically makes the segment according to these definitions. Based on price, the entire lineup of Bentley and Rolls-Royce is included because they don’t offer entry-level or lower-priced models.

Most Maserati vehicles contain the prices of ultra-luxury cars, but a couple of models remain geared toward competing with the executive class instead. For marques that offer vehicles in multiple categories, this would be their highest-end vehicle. Most of them have a long wheelbase and V12 engine, although some have a V8.

The ultra-luxury models located in the exotic category don’t always receive the same classifications. These include all Lamborghini and Ferrari models as well as some Porsche varieties.

The first luxury 4×4 dates back to the 1966 Jeep Super Wagoneer. It had a V8 engine, luxury trim, and an automatic transmission. By the 1990s, the SUV market was increasingly important to consumers. That’s when the Big Three got involved in creating new vehicles.

Early models included the Lincoln Navigator and Jeep Grand Cherokee. Because of higher-profit margins, automakers began getting involved in production as well. Instead of using traditional SUV bodies built from light trucks, they featured a crossover design which utilizes a unibody construction.

In America, SUV and crossover sales make up a good portion of a marque’s sales, so it’s imperative for them to stay competitive. That’s why they continue to up the ante with more luxury options, amenities, and powertrains. The Lexus RX has been one of the best-selling luxury SUVs in the US.

Features of a Luxury Car 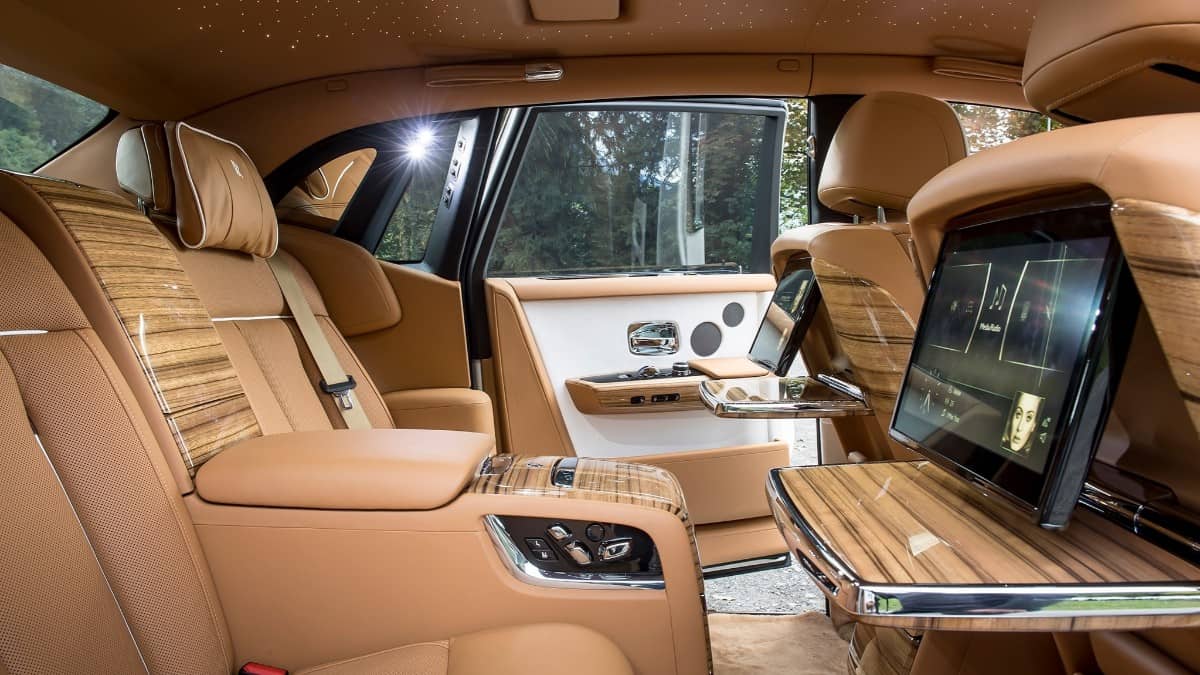 When compared with other vehicles, luxury cars offer a higher level of comfort. They usually come with leather upholstery, polished wood, and additional safety measures. That’s what makes them a status symbol.

They also handle and perform better than lower-priced counterparts. Because the automaker makes more to produce the car, they have more to invest in better amenities.

The most common layout of these vehicles is a front-mounted longitudinal engine and rear-wheel drive. Jaguar, BMW, and Mercedes-Benz almost always adhere to this layout, as well as Infiniti and Lexus. It’s more expensive than a front-mounted engine with front-wheel drive but creates better performance.

Prior to World War II, there were several European automakers producing luxury cars. This included Rolls-Royce and Bugatti. Some of these have become collectibles today. Once the war was over, Germans became a powerhouse in the industry. They started with Mercedes-Benz and later added on BMW, who now owns Rolls-Royce Motor Cars. The German-based Volkswagen also owns Lamborghini, Bentley, and Audi as well.

American automakers Lincoln and Cadillac became the best-selling brand through most of the 20th-century until the German and Japanese brands took over. Once the 1980s hit, many auto manufacturers entered the market. These included Honda, Nissan, and Toyota. That’s what led to the creation of Acura in 1986, plus Infiniti and Lexus in 1989. In the most recent years, Hyundai released their own band, the Genesis in hopes of competing with other established brands.

The market always performed well in America, except during the 2008 recession. With that said, they didn’t suffer as much as some of the non-luxury brands did. It also led to an increase in competition within the entry-level luxury segment.

The best-selling luxury car in America has been the Cadillac DeVille. The car saw production from 1959 through 2005 and racked up almost 4 million units sold. In 2017, however, Mercedes won the title of the most successful luxury brand in the world. They sold 2.3 million vehicles in 2017 alone.

If you want to own a vehicle that is comfortable, technologically advanced, and at the top of the market for a few years, then owning a luxury vehicle is worth it. If you take great pleasure in the finer things in life and prefer to live comfortably and have the means to do so, owning a luxury car or SUV is worth it. On the other hand, if you’re pushing your budget to own one, it is not worth it. The upfront costs of owning these cars are already steep to begin with. Plus, the cost of maintenance is generally more expensive than most vehicles. In fact, some models require dealer servicing or can’t be worked on without special tools.

As far as reliability is concerned, Japanese vehicles tend to be more reliable. The German and American counterparts are more refined. Lexus is a great choice for a reliable brand, and Volvos have been known to hold their value well, too. The thing with luxury vehicles is that many of them offer front-of-the-line experimental, innovative technology. Often, it has yet to be proven on a daily basis. Not to say these cars are dangerous, but it is quite possible that some of these shiny bells and whistles will fail over time.

Generally, the cost of repairs is also quite high for these opulent vehicles after a few years of ownership. They may be the type of vehicle you’re better off leasing or turning around after half a decade of ownership. Of course, any car that is well maintained should be able to last longer than a car that isn’t. Regular maintenance will play a huge role in determining the life of your luxury car.

2 – Daniel Craig (James Bond) was entitled to any Aston Martin he wanted from the factory. This deal lasts for his entire life.

3 – Audi needed to create a better car horn when their vehicles entered India. This was to withstand the additional use.

4 – The Cadillac Eldorado from the 1950s featured a mini bar in its glove box.

5 – Because the Maserati Quattroporte’s exhaust frequency runs at 333 Hz, it’s said to stimulate some sexual arousal among women.

6 – Rolls-Royce has three-fourths of the vehicles they’ve ever made still on the road today.

Can I rent luxury cars? How can I rent luxury vehicles? There are plenty of typical services that offer luxury car rentals such as Enterprise, Budget, or Hertz. Generally, the options list is both low and lacking for sites such as these. On the other hand, more and more sites such as Turo are popping up. This allows people to rent cars from personal owners and allows personal owners to rent out their cars for daily rates to total strangers.

There are also specialty rentals services like Sixt. Options can vary widely depending on your location. There may even be plenty of local options in the city you’re visiting that aren’t listed here. That’s why you need to do your research on the area and compare rates before deciding who to go with!

Do luxury cars cost more to insure? Yes, the increased value of the vehicle automatically ups the insurance rate. That’s because the insurance company needs to pay out more when the car is stolen, totaled, or needs repair.