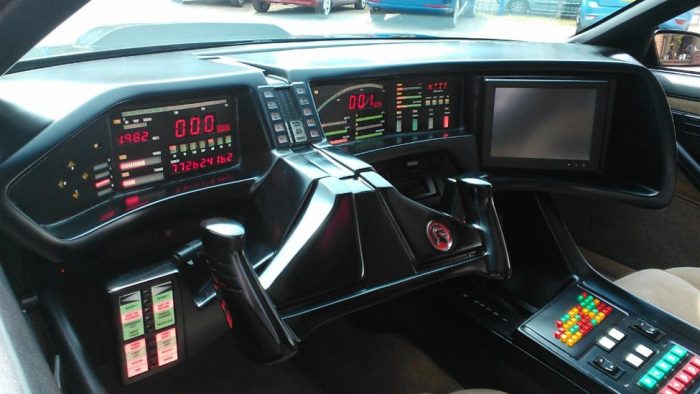 Digital gauges are an acquired taste. They’re much more polarizing than their analog counterparts and their popularity’s momentum shifted greatly over the years. Just like many contemporary automotive styling cues, digital gauges first showed up in the eighties. They graced numerous supercars and daily drivers alike. However, they didn’t really carry over into the nineties and became all but forgotten. Then came millennium and digital gauges made their comeback. Again they grace supercars, sports cars and occasional family car. This time, it would seem they’re here to stay. For the time being at least. We probably have electric cars to thank for that, but luxury automakers have embraced the technology as well.

What Makes A Digital Car Gauge Better Than An Analog One?

Digital trumps analog when it comes to delivering accurate information, and they also take up a lot less space. A small LCD display or LED digital arrangement can display data to accurate decimal points, and show multiple readings that can be switched from one to another with ease. Why waste space having a ton of individual needles pointing at clockfaces, when modern digital technology can do it so much better? Imagine how much space it wold take to have an analog oil pressure gauge, a tire pressure gauge, a water temperature gauge, a fuel pressure level, air pressure, a turbo boost gauge, and show your air fuel ratio on multiple pressure gauges dotted around your dash and center console? You wouldn’t have the space to fit in other important things like your steering wheel! Why waste space with speedometer gauges, and old fuel level gauge dial things when you could have modern pressure sensor technology connected to digital systems? Today, you can get a display that shows a digital air fuel ratio, digital tire pressure, and anything else that can be measured on a digital pressure gauge, all in one cool package. Here’s a look at 15 of the coolest digital instrumentation clusters ever to have found themselves behind the car’s steering column.

This Nissan sports car itself was masterfully executed (design wise) and the digital dash here is probably one of its defining touches. Although naturally aspirated models came with much more subtle cluster, 3.0L turbocharged V6 models capable of hitting north of 200 horsepower gave it their all. Best thing, the tachometer had a power band. In other words: the more throttle you gave them, the more the green bars would dance. And they could dance all the way to the 6,000 rpm redline.

We all should have expected Lamborghini would do something wild with the 21-unit limited supercar but no one expected they’d stuff aviation inspired digital gauge cluster in it. 6.5L V12 capable of delivering 650 horsepower at 8,000 rpm is certainly worthy of F-22 Raptor jet fighter from which the Reventon draws its cues. And so is its utterly confusing gauge cluster. Trio of TFT liquid crystal displays are highly customizable and include a G-force meter among other stuff. Rev counter is comprised of two lines that rise upward as the throttle gets applied. Look for yourselves for I’m already lost.

The Honda S2000 is one of the millennium revelations we have to thank for the revival of the digital gauge. This sports car was a lot of fun, easy to handle and above all simple. Its digital dash followed the same pattern. It too was easy to read, and displayed all the relevant info without using too much space. Moreover, it was F1-inspired which can never be a bad thing in the world of sports cars. And that rev bar at the top going all the way to the 9,000 rpm redline!

Early Chevrolet C4 Corvette is another example of a car going along with its time. Y-body with streamed lines, pop-up headlights and somewhat anemic powertrain developing only 250 horsepower. People always expected more from an icon such as the ‘Vette. Anyway, its digital display was a cutting edge back then which too helped the ‘Vette transition from old school into contemporary sports car cluster. Although highly advanced, the gauge was still simple. Speedo on the left, tacho to the right and car info in the middle.

Eighties sports compacts were much more numerous than their current counterparts which also meant there were more oddballs among them. One such oddball, at least in terms of its dash cluster, was the Subaru XT Turbo. Not only did it offer one of the cleanest and simplest digital gauges, but it also had the sort of a 3D effect. XT depicted in the middle, tachometer to the left of it and turbo boost to the right. And both the tacho and the turbo lines started filling from the topside down. Guess the only way of chasing kids from the XT’s back then was buying them a Nintendo Entertainment System.

As of few years ago, Volvo has completely revised interiors throughout most of their lineup. Among others, cars affected were the S40, S60, S80, V40, V60, V70, XC60, and XC70. Cornerstone of that facelift was the new digital gauge cluster. True to Scandinavian pragmatical design, this gauge is simple and straightforward while being handsome at the same time. If digital dashboards are destined to take over from their analog brethren, this is what they should look like at least.

The Lexus LFA caught the car enthusiasts and journalists alike unprepared for what they were about to see. A car that doesn’t have much to do with company’s strategy, however, became an instant success. All 500 models were quickly sold out and their respective owners received a sports car capable of developing 552 horsepower while redlining at 9,000 rpm and accelerating from 0 to 60 in 3.6 seconds. Courtesy of its 4.8L V10 engine. They also received one of the coolest digital gauges as an extra. Highly adjustable, it can convey all the relevant and not so relevant info while changing the inner color at the same time.

This has to be the worst yet best digital dashboard ever fitted to a car. It’s extremely complex (at least at first sight), and its digital cluster finds itself among plethora of conventional buttons and knobs. Weird as it is – looking at it from today’s standpoint – I can’t say this really surprises me. After all, the Vector W8 itself was one bonkers supercar and why would its dashboard be any different?! Gauge cluster part of the video starts at 1:50.

Unlike most cars that dropped the digital gauge in favor of an analog one during the nineties, fourth generation Honda Prelude decided to stick with it. Actually, it’s a digital gauge with analog style speedometer and tachometer, but that’s exactly what gives it credibility. It took almost the entire center console for itself trying to exert its dominance over the rest of interior tech. It also minimized the dash to some extent while doing so.

The McLaren P1 is anything but a simple car, but its dashboard sure is. Strange for an electric hypercar with a total of 904 horsepower on tap, but there you go. Simple horizontal tachometer stretching across the display, huge gear indicator in the middle and speed readout in lower right corner are its main features. The rest of the info flanks the mentioned trio but still doesn’t break up the perfect and colorful simplicity.

Although it was never offered as standard equipment, Mercury Grand Marquis’ optional digital instrument panel deserves a mention for sticking throughout the nineties. People will argue about its place in a luxury full-size car, but FoMoCo knew what they were doing. By offering it as an option, they made Mercury Grand Marquis appealing both to older and somewhat younger generations. Well, at least to some extent.

This instrument panel had a rather short lifespan, but then again so did the Buick Reatta itself, being introduced only couple of years prior to the new digital cluster (at first it had the CRT touch screen display in center console). Maybe it didn’t look like one at first glance, but Reatta’s new panel was rather simple and elegant. At least as far as early nineties high-tech elegance goes. It would also be one of the last GM digital gauges for quite some time before they returned a few years ago.

Hypercars with internal combustion/electric combo powertrains making 950 horsepower simply wouldn’t feel right without a digital instrument panel. The McLaren P1 is one way to go and the Ferrari LaFerrari showcases the other. Italian supercar comes with another simple gauge, but with a touch of a bygone era. Traditional hockey stick rev counter redlines between 9,000 and 10,000 rpm and sits on top. Below it are the large gear indicator and speed readout, and that’s about it. There’s another, smaller cluster with pressure gauge to the left.

The Knight Industries Two Thousand or simply KITT might be a fictional car, but it’s arguably the most badass car ever to appear on the TV screens. Plus, it’s not all that fictional either. Although a prototype, it actually did exist. Portrayed by the 1982 Pontiac Firebird, KITT epitomized the biggest fears for all manner of bad guys over the 4 seasons of the original Knight Rider TV series. Being a conscious artificial intelligence car, KITT featured arguably the most complex digital control panel ever fitted to a vehicle. Control panel that’s mostly done nothing, but hey; it’s the intention that counts.


The GTI's History & Its Future: The 2022 VW GTI Mk8 Revealed
Rock Sliders vs. Running Boards: A Guide For Off-Road Advent...
Top 15 Hottest Car Show Models
10 Forgotten Classic Chrysler Models You Probably Never Knew...
10 Amazing 1991 Cars You Can Legally Own In the United State...
Check Out The Prices Of Your Favorite Fast and Furious Cars