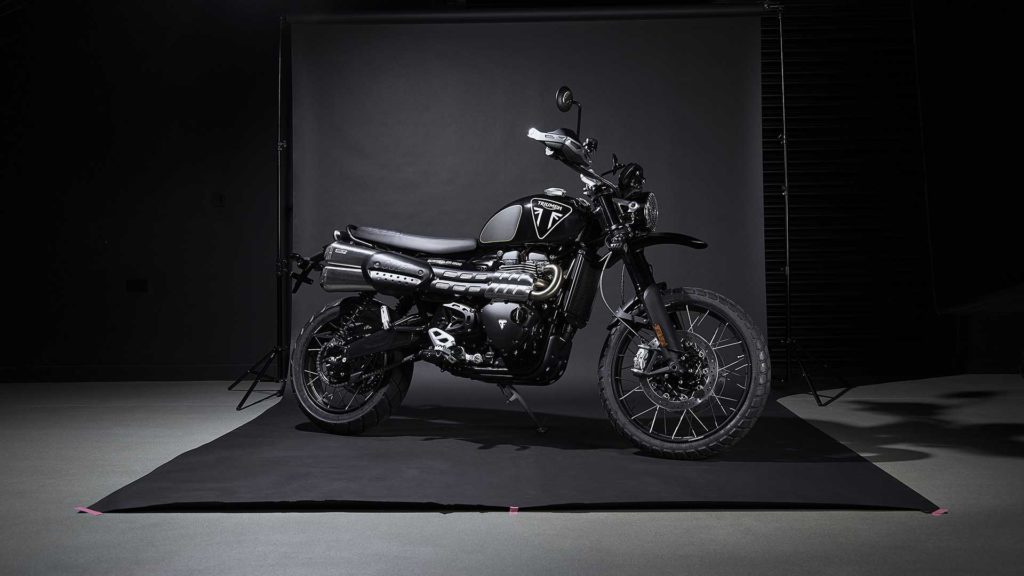 Only 30 examples of the Bond-inspired 2020 Triumph Scrambler 1200 will arrive in the United States. Despite relative exclusiveness, you don’t require a bank account the size of Auric Goldfinger’s to afford one. With an MSRP of $18,500 it’s one of the most exclusive yet affordable limited-edition motorcycles out there.

Made in Hinkley, rather than Q-branch, the 2020 Triumph Scrambler 1200 Bond Edition lacks the usual gadgets, weapons, and top-notch technology usually found on Bond’s vehicles. However, what it lacks in the cliché department, it makes up for in style. 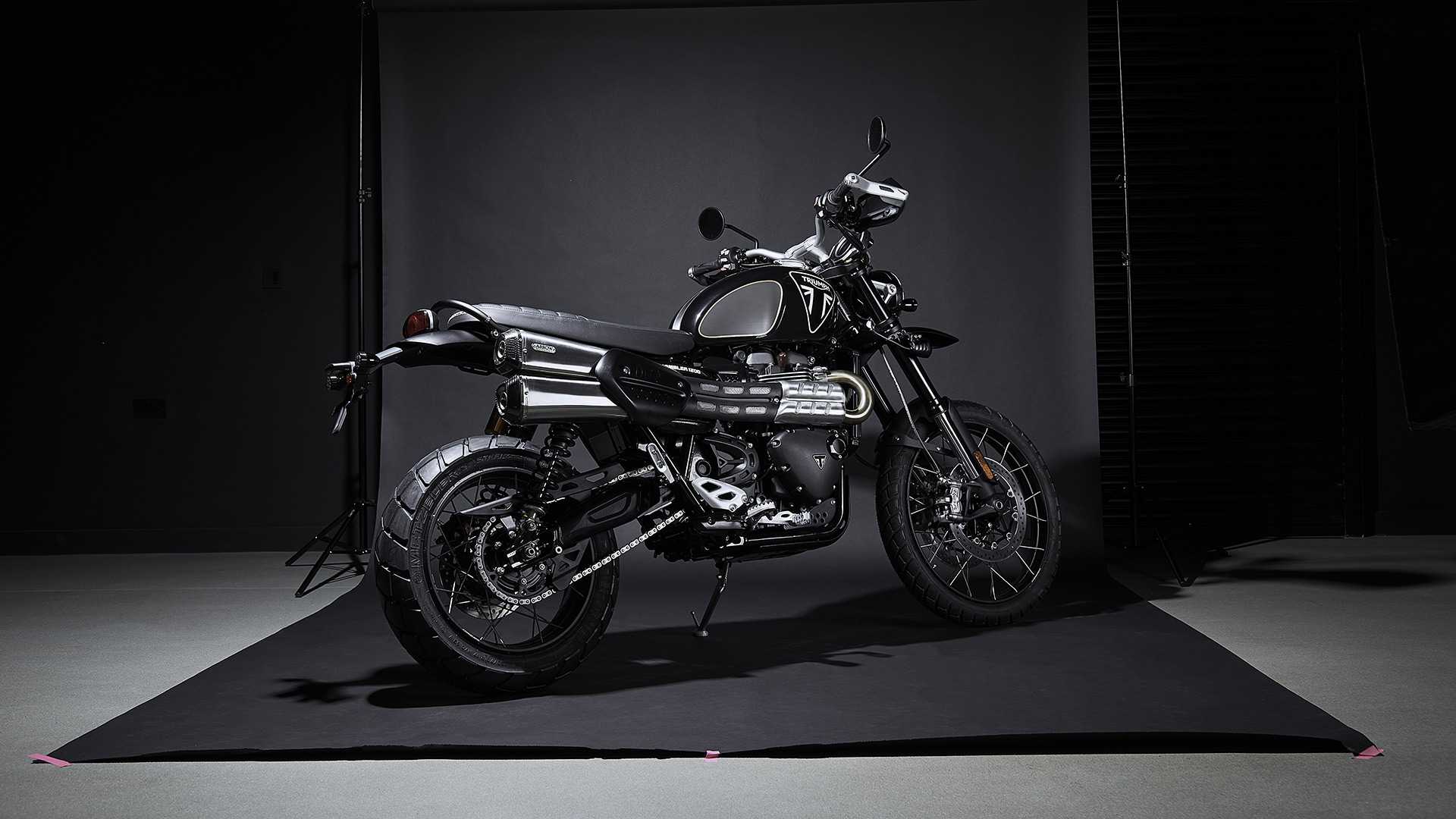 Built on top of the existing Triumph Scrambler 1200 XE model, the Bond Edition is equipped with the same tried and tested 1200cc liquid-cooled parallel-twin engine. In terms of power, it produces up to 89 horses of peak power and 81 lb-ft of peak torque.

The frame is a tubular steel unit with aluminum cradles and an aluminum swingarm. Other cool features found on the stock model include an adjustable Showa front fork and adjustable Öhlins piggyback-reservoir shocks. Metzeler Tourance tires and Brembo brakes are also included as standard.

While the standard Scrambler 1200 XE is already a fantastic motorcycle, it’s the additional embellishments that truly make this a bike worthy of James Bond.

Swapping hidden guns, bulletproof armor, and smokescreens for more conventional upgrades, Triumph has decided to stick to upmarket add-ons rather than tired clichés.

A License To Thrill 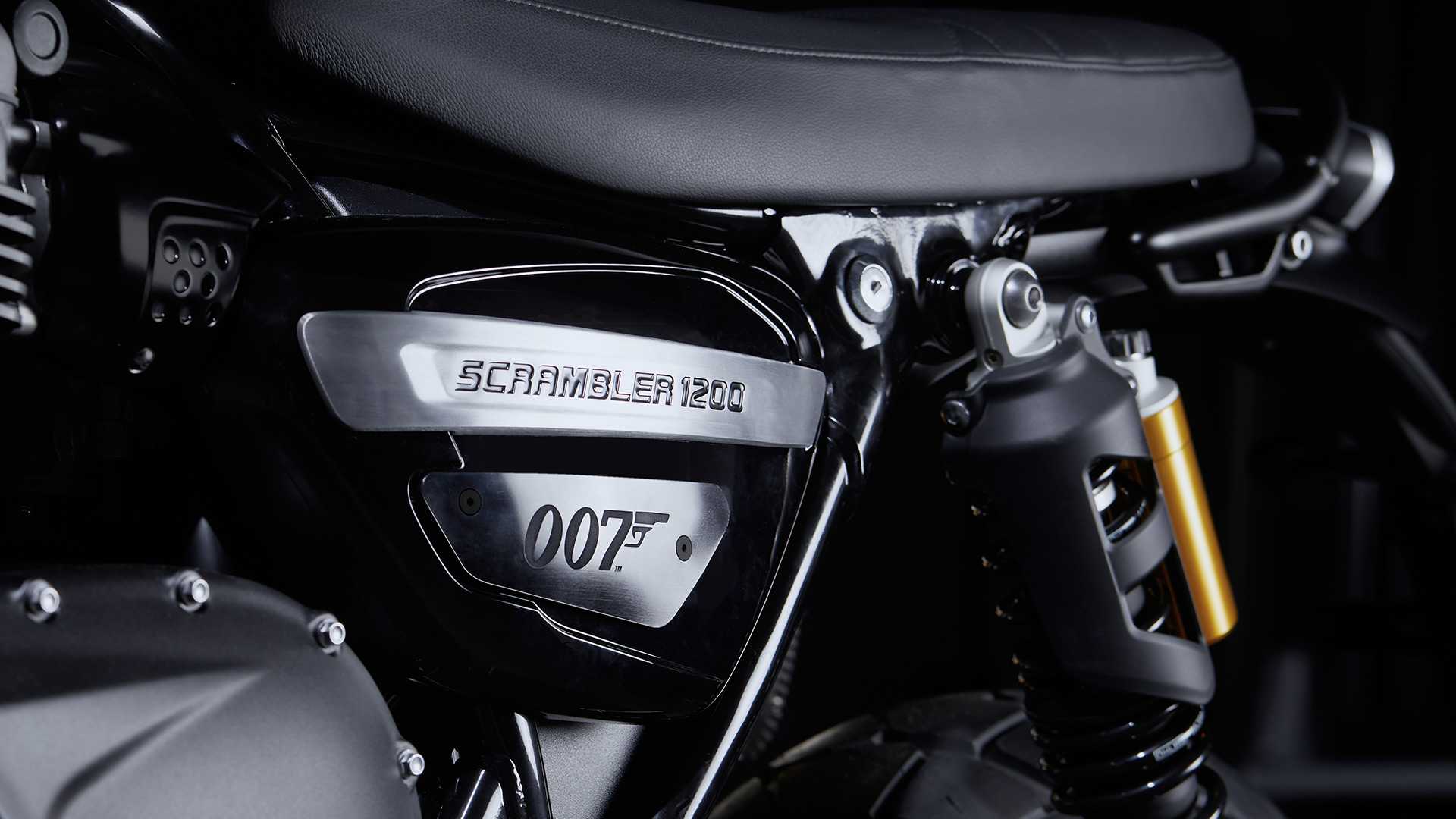 Emblazoned with “007” on the number plate, seat, and exhaust, there’s no denying that you’re riding a Bond bike. Especially since the new TFT-display introduces itself as a Bond Edition on startup.

The paintwork now shines in a color better suited to an agent working On Her Majesty’s Secret Service. Triumph developed a unique Sapphire Black color for the model. The blacked-out look features brushed silver accents and a hand-painted gold pinstripe. 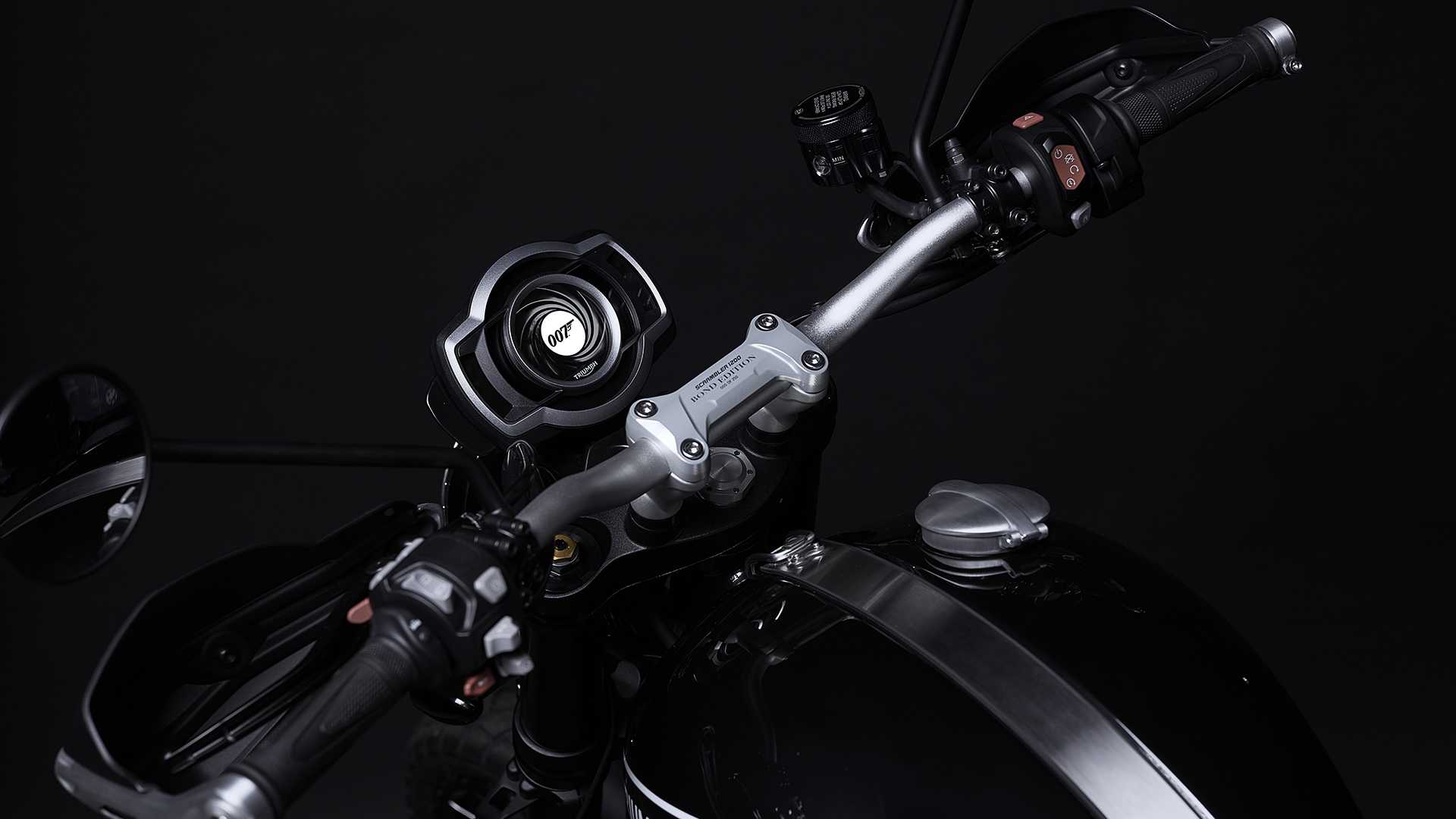 Almost everything is black. Only the headlight grill, aluminum handlebar clamps, and engine badges buck the trend.

Other unique features include carbon-fiber end caps on the Arrow mufflers and a numbered ownership plaque. As a bonus, owners also receive a signed letter from Triumph CEO Nick Bloor, along with a leather backpack. 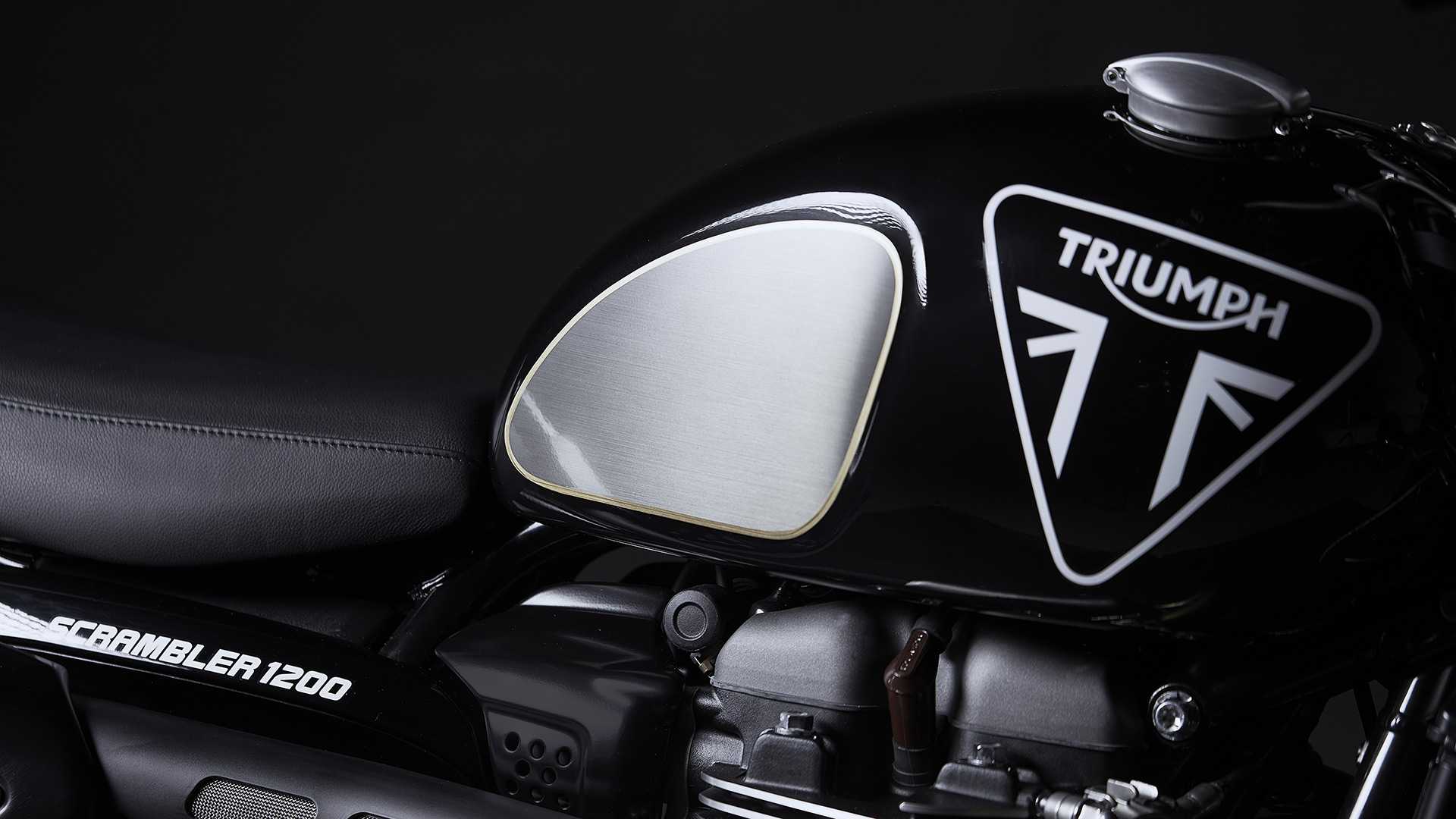 Only 30 units of the limited edition 2020 Triumph Scrambler 1200 Bond Edition will arrive in the USA. Prices for these exclusive machines start at $18,500. That may be enough to blow The Living Daylights out of your bank balance. Still, it’s actually quite affordable for special edition motorcycle.

For those of us who can’t spare the expense, you can see it on the big screen instead. The next installment of the James Bond franchise No Time To Die premiers in November.