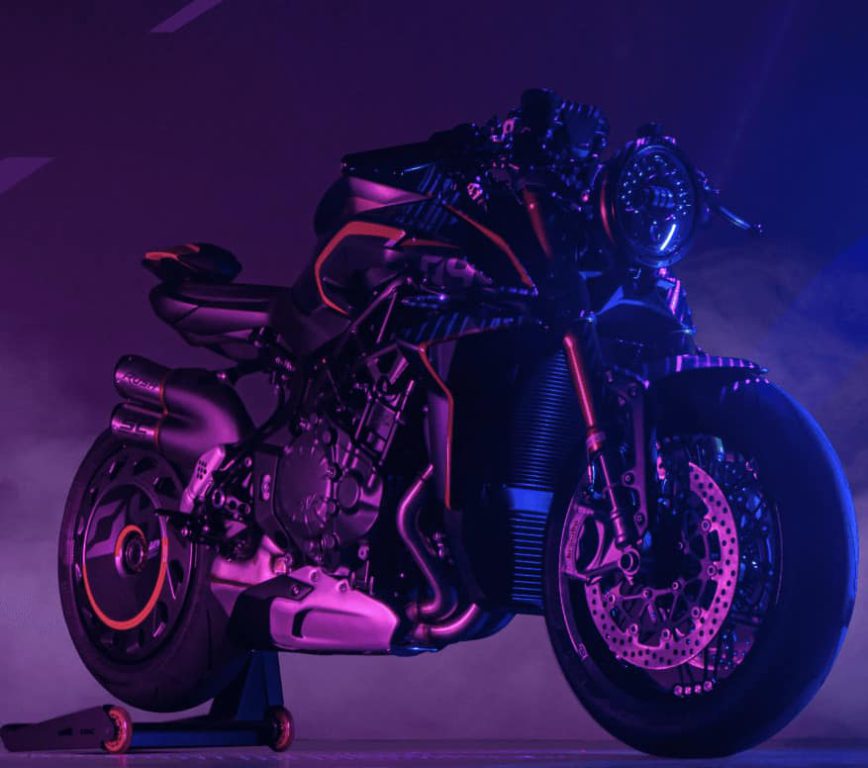 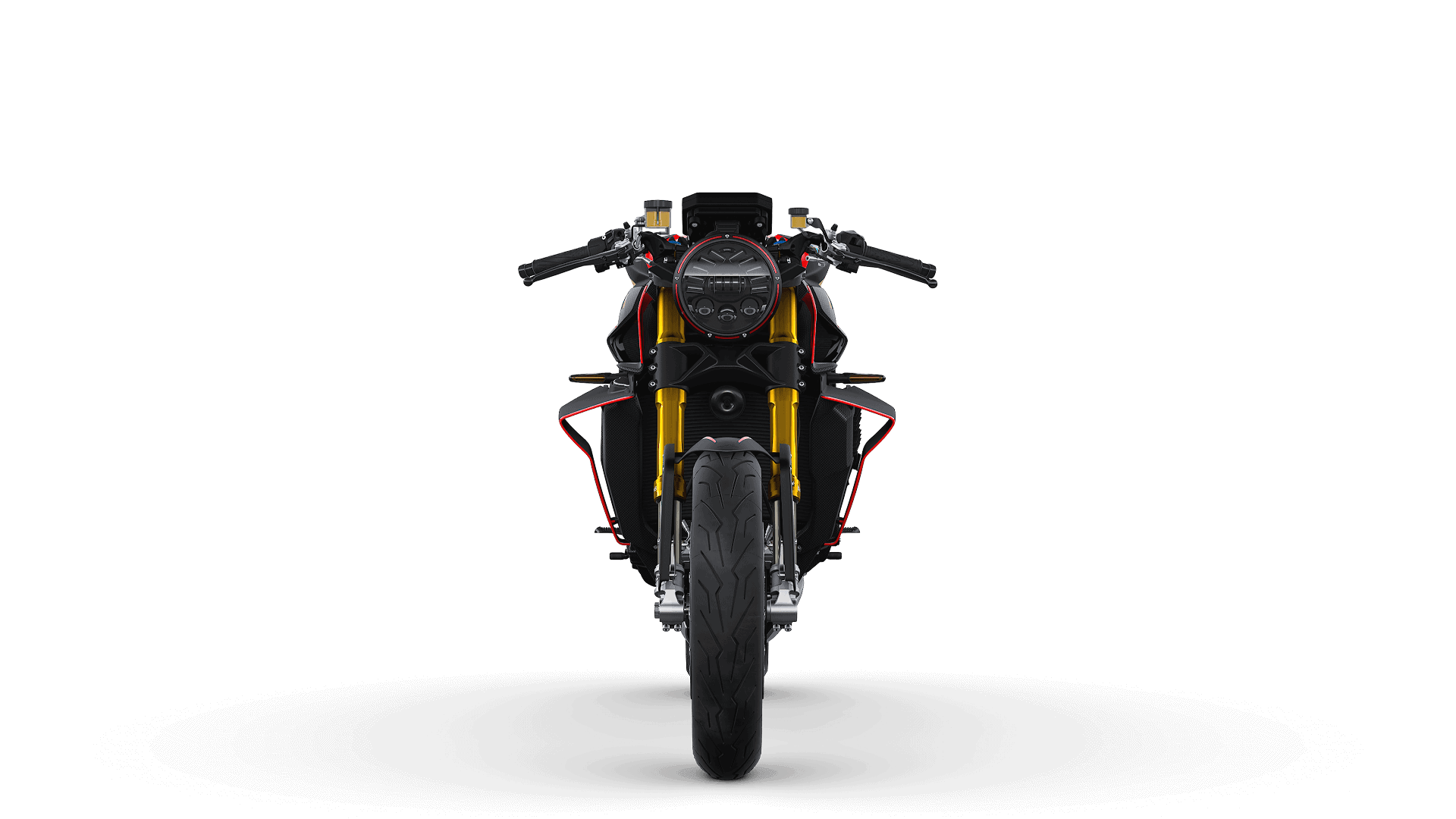 MV Agusta pulled the covers off of their Rush 1000 plans during last year’s EICMA show. Back then, it seemed like little more than a publicity stunt designed to grab headlines and lure photographers. Fortunately, MV Agusta has decided to take the Rush 1000 to the next level and bring it to production. And the specifications prove that this is no mere fashion accessory. 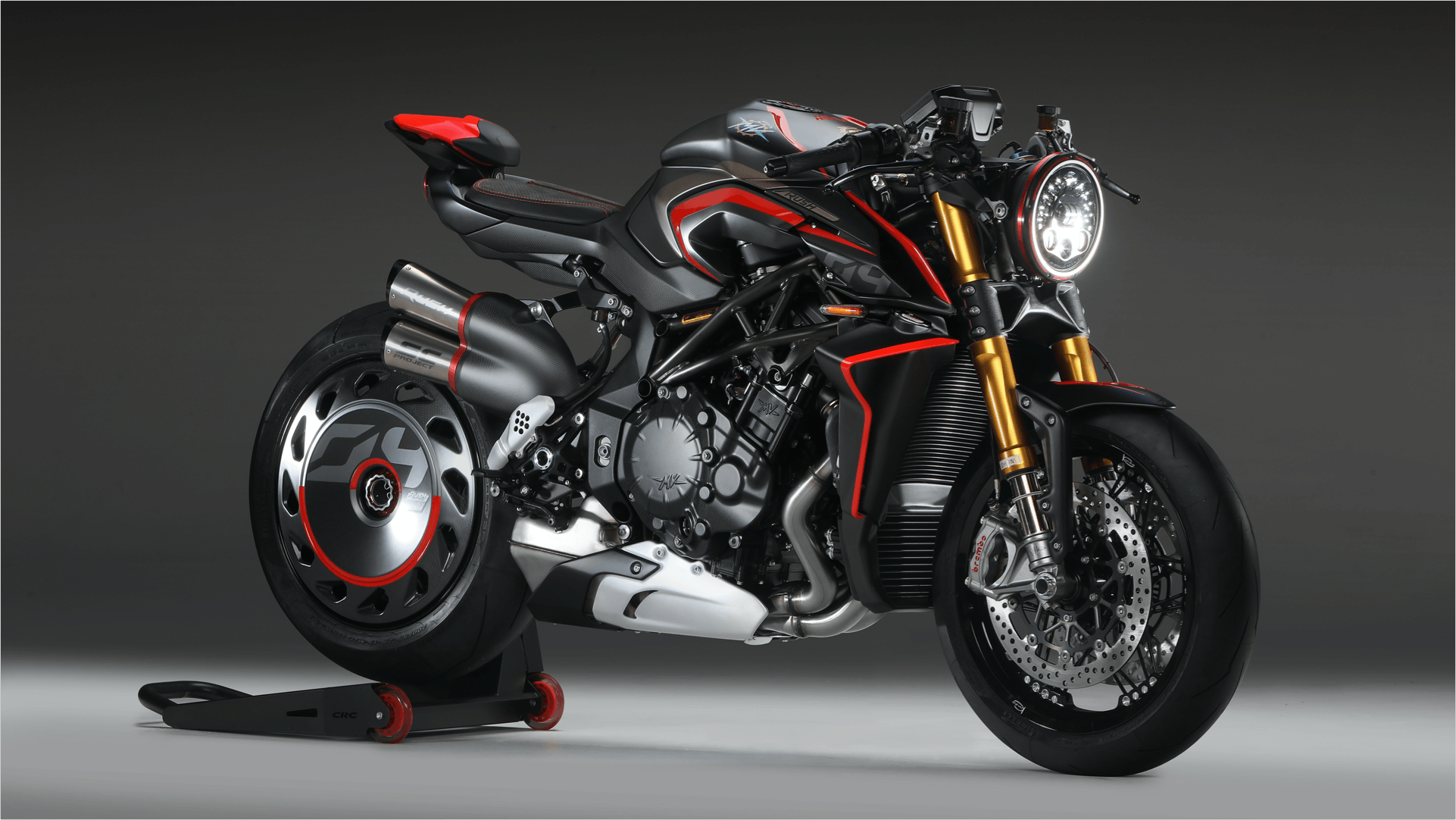 Despite looking the part, with a carbon fiber details, an enclosed rear wheel, and single-sided swingarm, the Rush 1000 has serious performance. Powered by an updated version of the Brutale’s 998cc inline-four engine, the Rush lump boasts a number of exciting upgrades. These include Formula 1 inspired radial valves, titanium conrods, a bi-directional quick-shifter, and more. The result is 208 horsepower of undiluted aggression and a claimed top speed in excess of 186 mph. 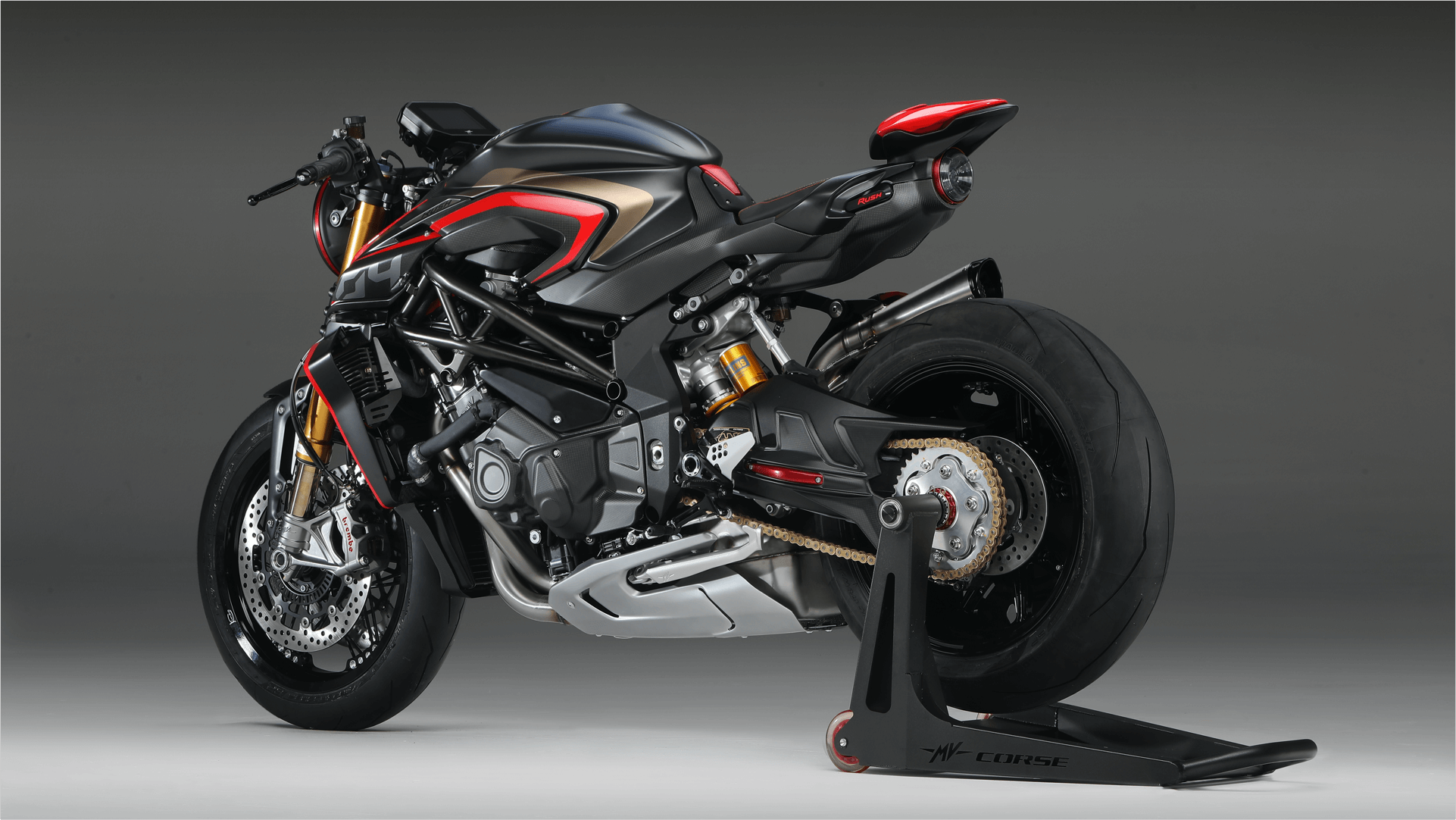 For an extra fee, riders can also but an add-on Racing Kit. The kit includes a revised ECU tuning, a full titanium exhaust system, and a power output increase of 212 horsepower. 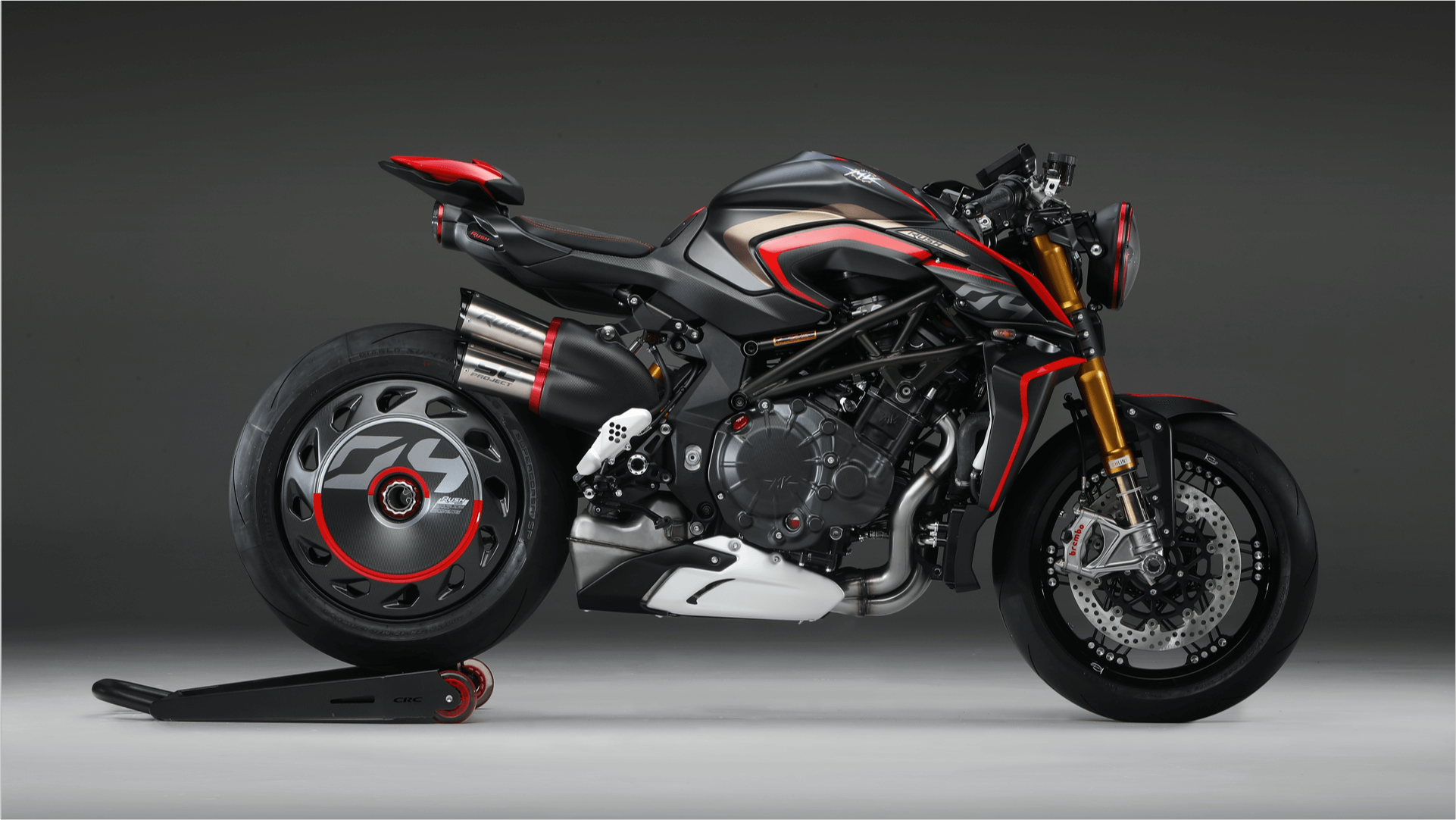 Since it’s a limited edition MV Agusta model, the price isn’t exactly budget-friendly. Only 300 of these exclusive units are going into production. The company is taking orders now, with production beginning in June, and delivery expected at the end of the month. And the price? A cool $32,700, not including the Racing Kit which costs extra.