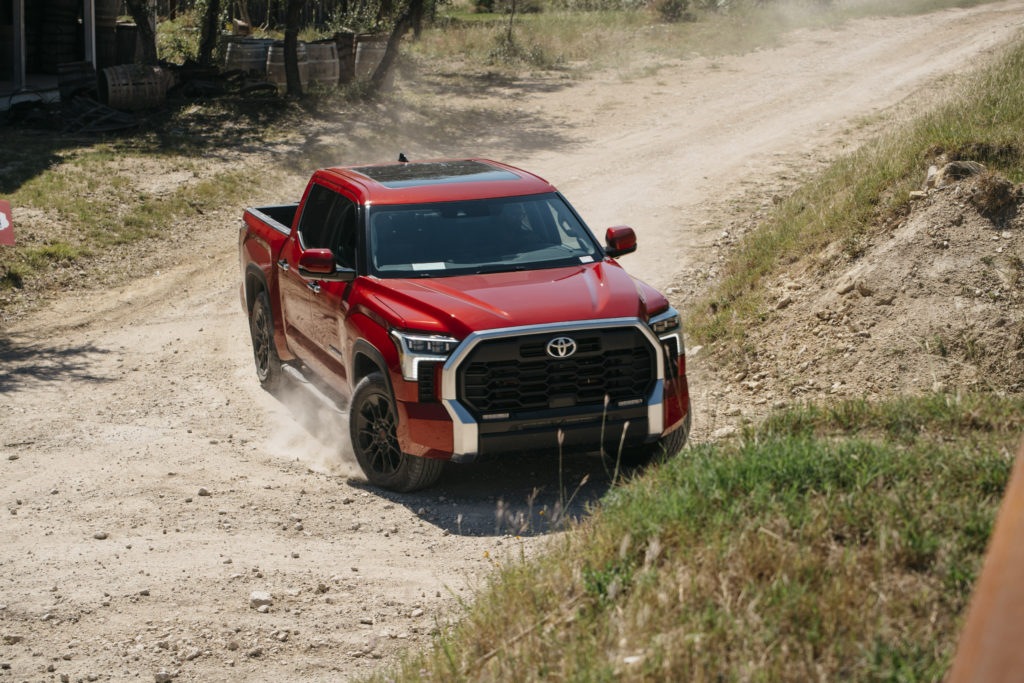 The last time Toyota updated its full-size truck was back in 2014 when the pickup got a refresh, but for all intents and purposes, the Tundra has been the same since 2007. All that changed this year with a slew of welcome changes that brings the 2022 Toyota Tundra into the here and now with room to adapt in the future. 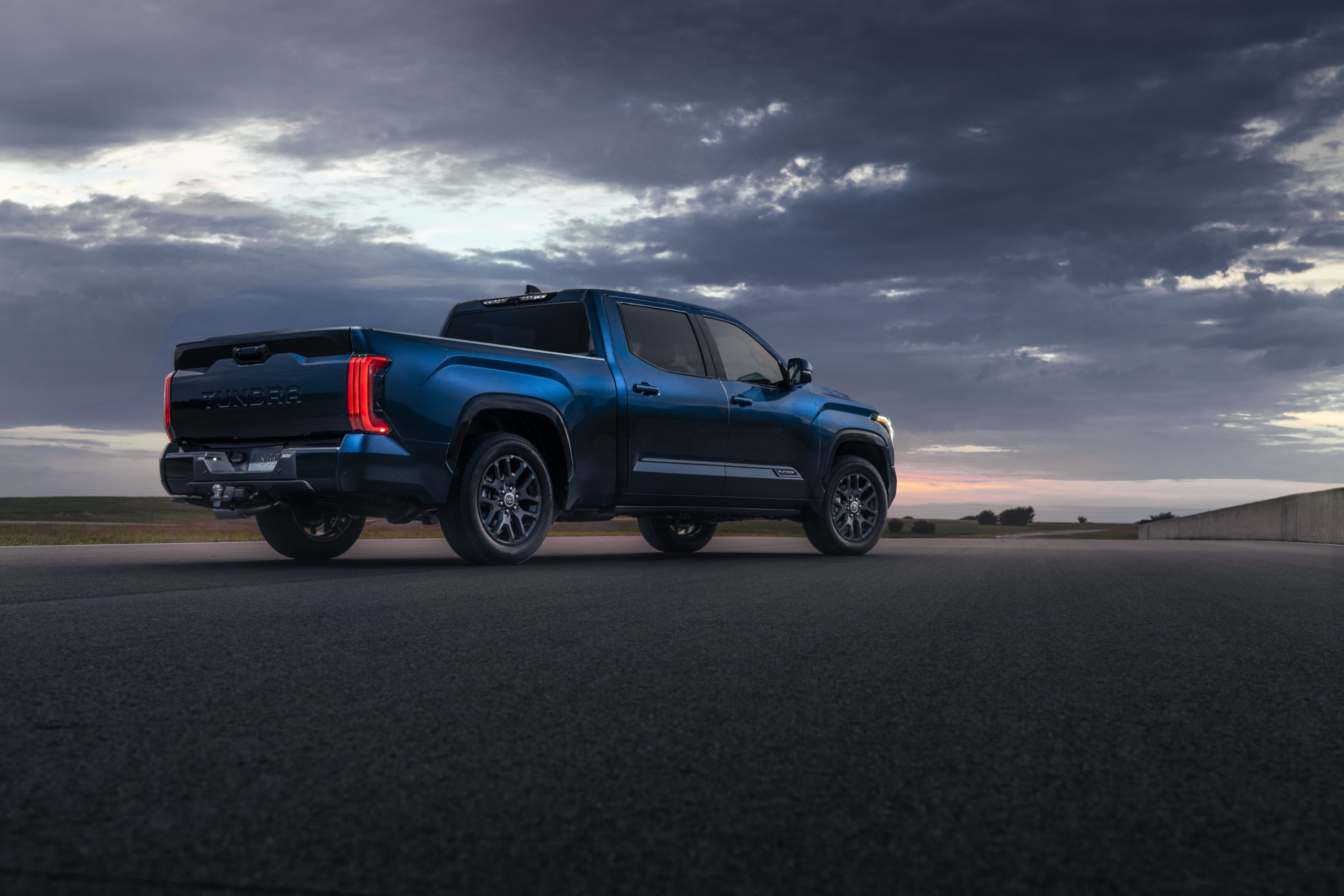 An all-new platform, two new V6 engines — one of which is a hybrid — and an updated infotainment system are just three of the improvements to the 2022 Tundra. This truck is emerging from its makeover cocoon, and it’s capable and ready to take on the competition.

On-road, the 2022 Toyota Tundra drives comfortably, with a noticeably improved ride. The leaf springs have been replaced by coils for a less “truck-like” feel, which is what chief engineer Mike Sweers intended. Off-road, it’s even better, especially in the TRD Pro variant.

Engine Options: These Numbers Add Up 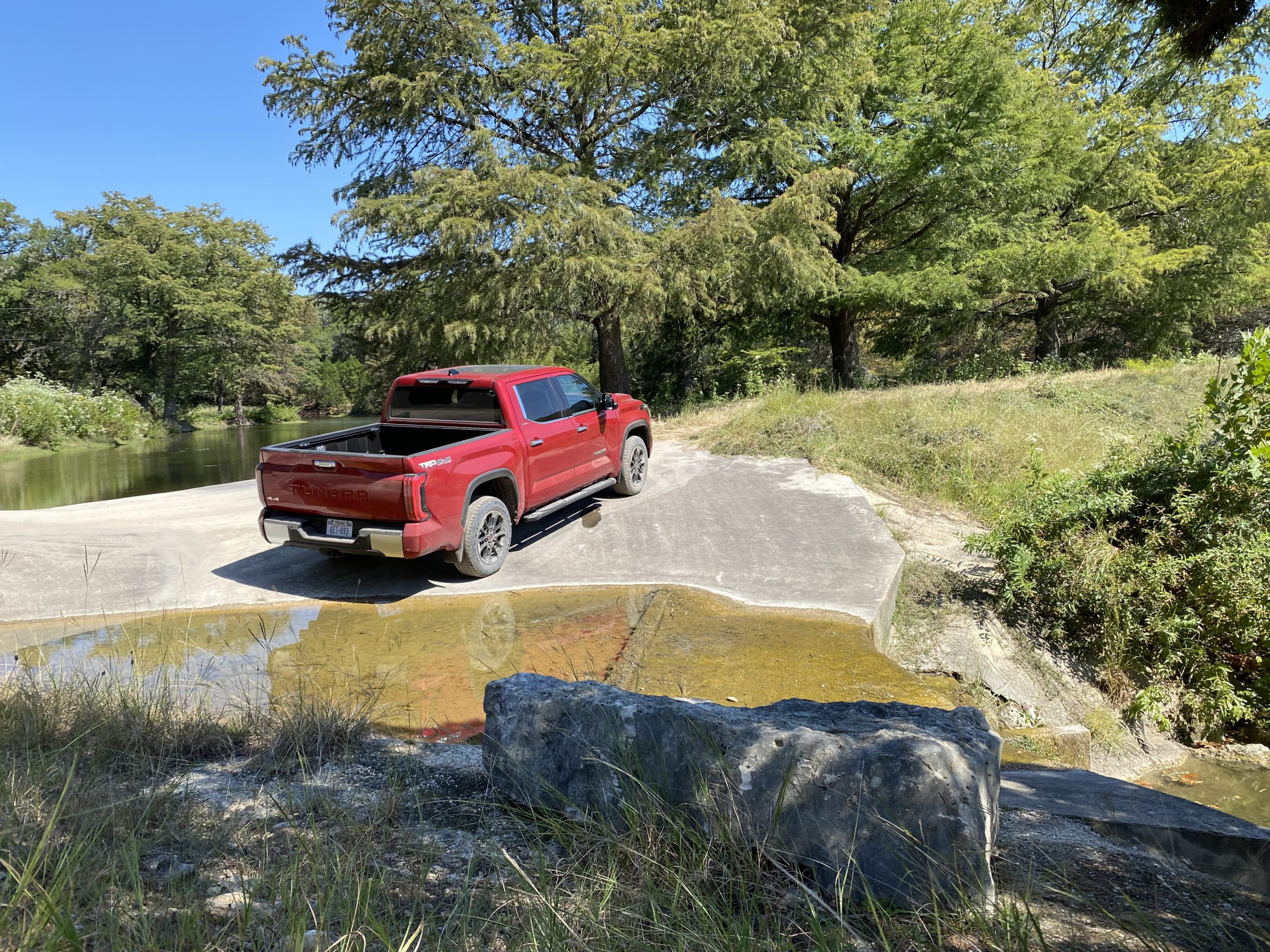 The big news is that Toyota replaced the outgoing 5.7L V8 with two options that offer smaller displacement but more horsepower and torque. Under the hood, the Tundra can be outfitted with either the iForce, which is a twin-turbo 3.5L V6 making 389 hp and 479 lb.-ft. of torque or the iForce Max, which pairs the V6 with an electric motor for a net result of 437 hp and 583 lb.-ft. of torque. Each is paired with a new 10-speed automatic transmission.

Ultimately, the 2022 Toyota Tundra with the gas-only iForce V6 and 4×2 can achieve 18 mpg in the city, 23 mpg on the highway, and 20 mpg combined. With 4×4, the numbers decrease slightly to 17/22/19 mpg. Compared to the 2021 Tundra’s fuel economy, it’s a big improvement over 13 mpg in the city and 17 mpg on the highway. As it turns out, truck owners do care about fuel economy, and Tundra buyers are going to be happy with the improvements.

Aside from the ride improvements, the interior has been completely overhauled as well. A new infotainment setup is based on the new high-tech Lexus user interface, but with an important modification: toggle switches and knobs to supplement the touchscreen.

Truck users want to be able to use the controls even while wearing work gloves, and the truth is that even those who aren’t wearing gloves will appreciate the option. Personally, I prefer to have a smart mix of both. With the new interface, voice commands take center stage, and I found the system was fairly intuitive to use. 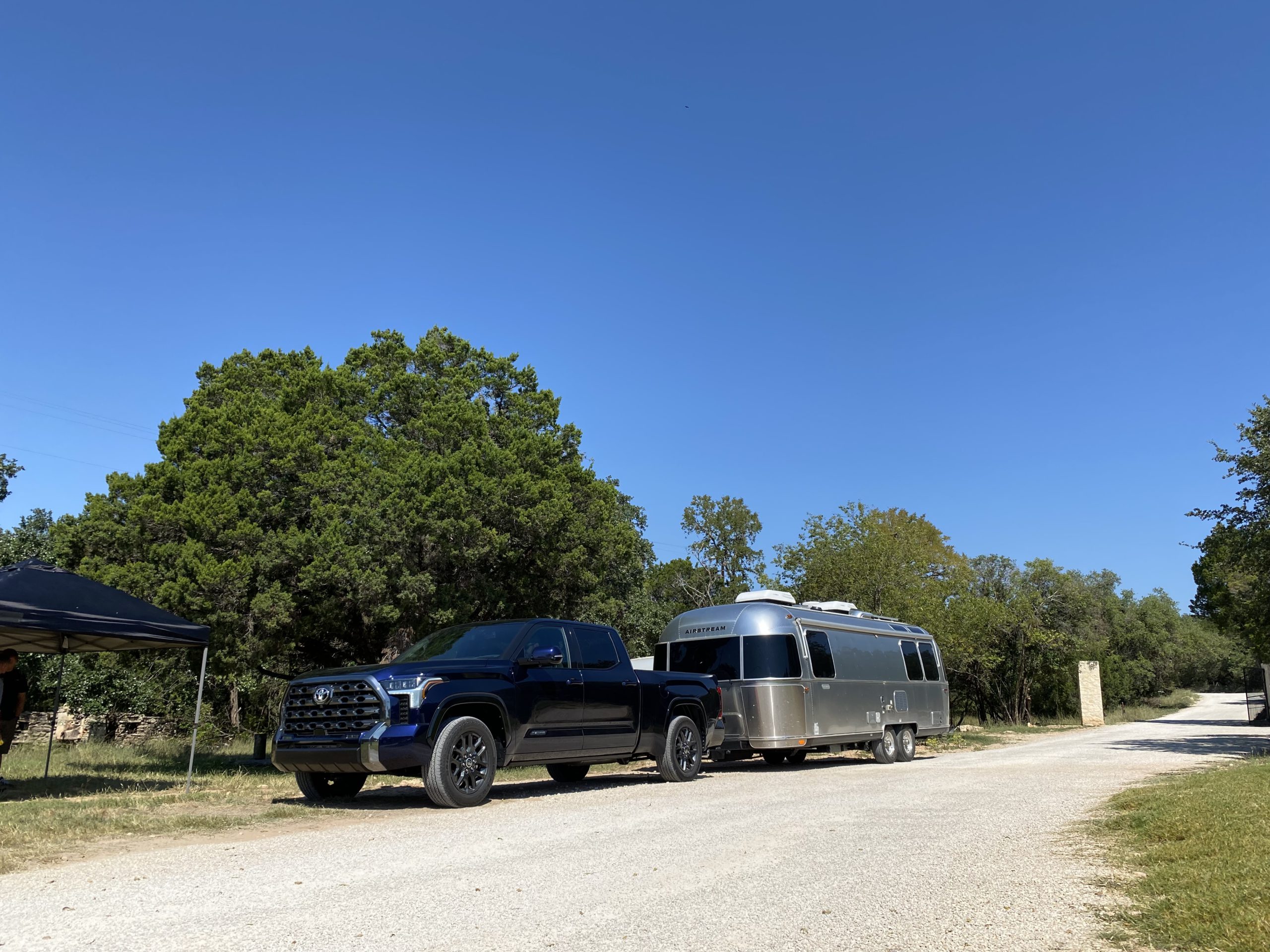 With more towing capacity, updated technology, a MUCH better user interface, and a new look, the Tundra is going to slay in the market. Customers are going to appreciate the 2022 model with all of its improvements. 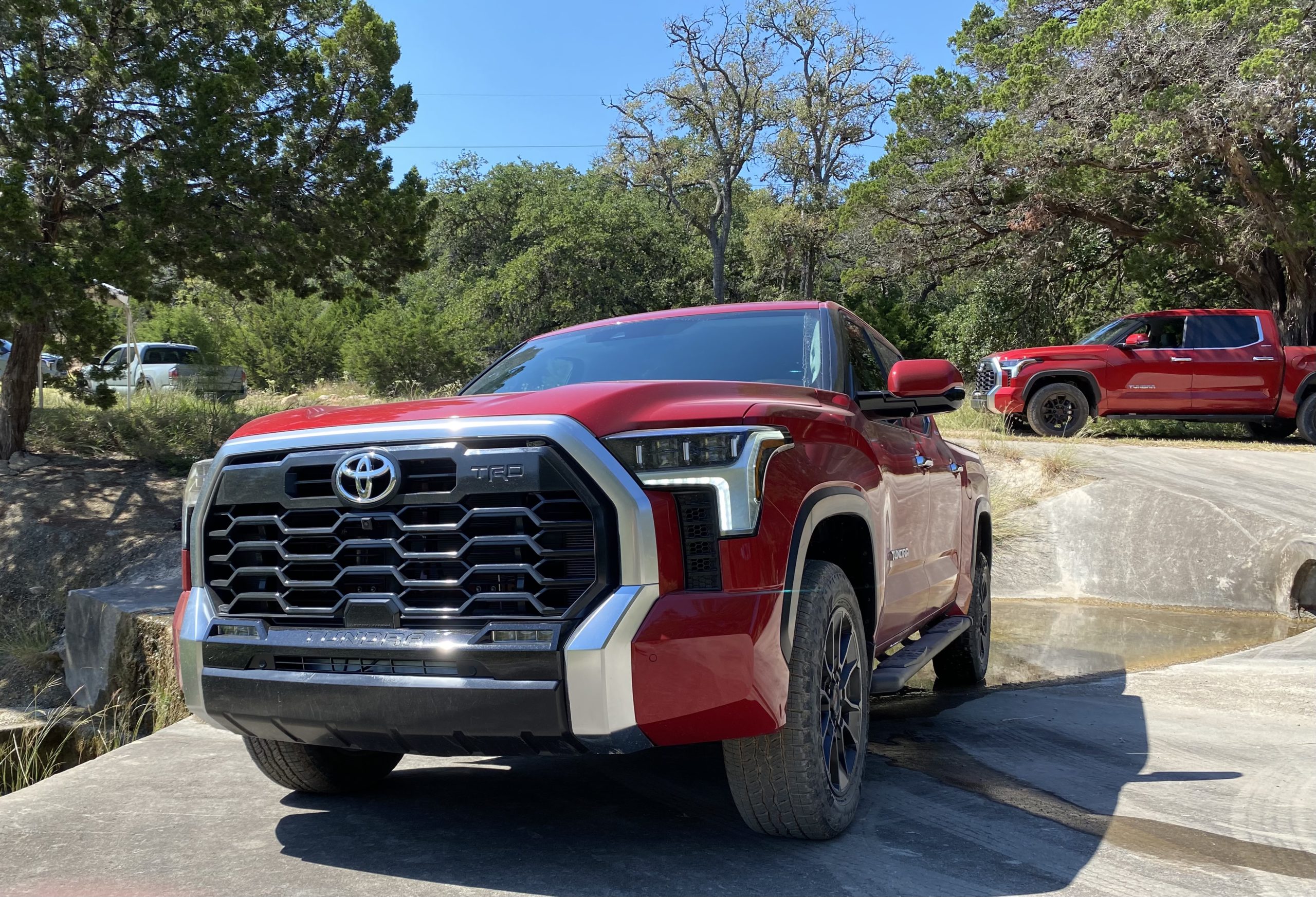 Depending on how you feel about a big grille, you’re going to love or hate the bold new Tundra face; there does not seem to be an in-between. In my opinion, the animosity toward big grilles is silly: this is what’s in style right now, and I found it gives the Tundra a strong presence.

Toyota’s updated truck sports a new high-strength boxed, steel-ladder frame, aluminum-reinforced composite bed; Toyota research indicated that customers wanted a more durable bed to match the typical long life of a Tundra engine. Engineers also put a multi-link rear suspension on the new Tundra, which along with the new platform and engine options, help boost the truck from a previous 10,000-pound max towing capacity to 12,000 pounds and a max payload of 1,940 pounds. 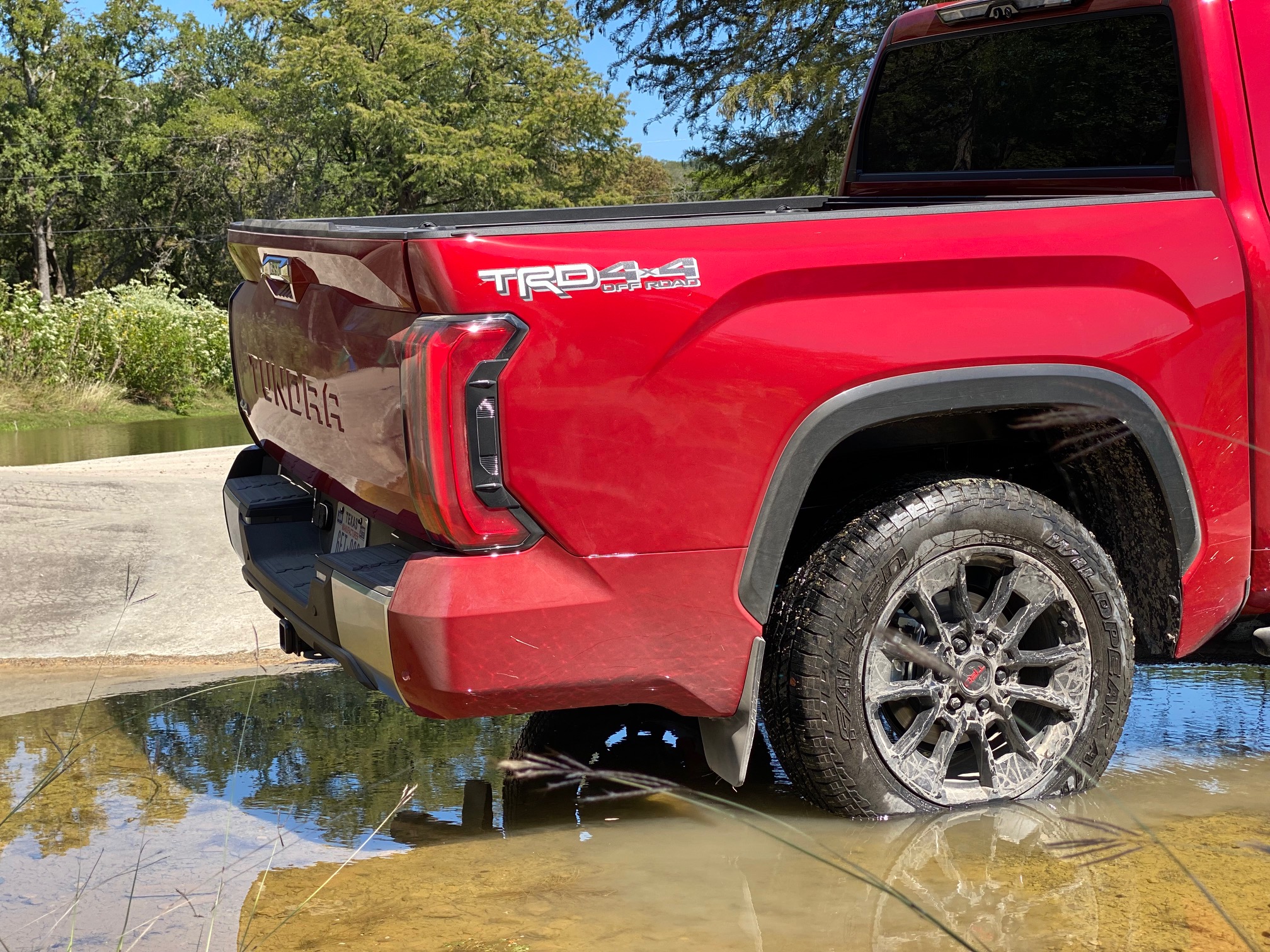 The 2022 Toyota Tundra is available in some great colors, and while I don’t typically gravitate toward brown vehicles, I think the Smoked Mesquite (available on the Limited and 1794 trims) is gorgeous. It’s a sleek, metallic sable that matches well with the 1794’s Western-style upscale interior. Supersonic Red and Blueprint are similarly striking colors, and I would implore you to consider those instead of the typical gray, black, and white hues. 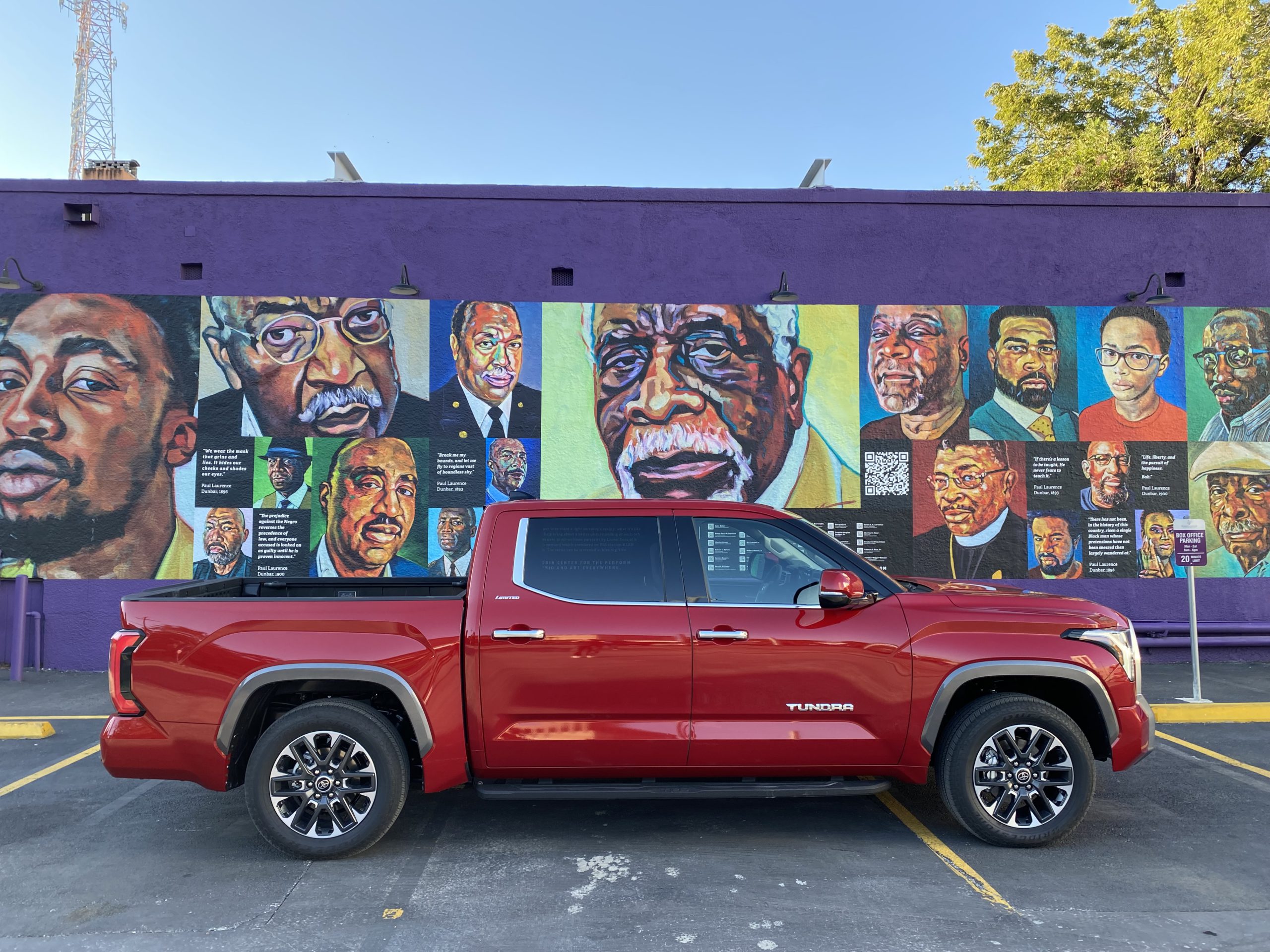 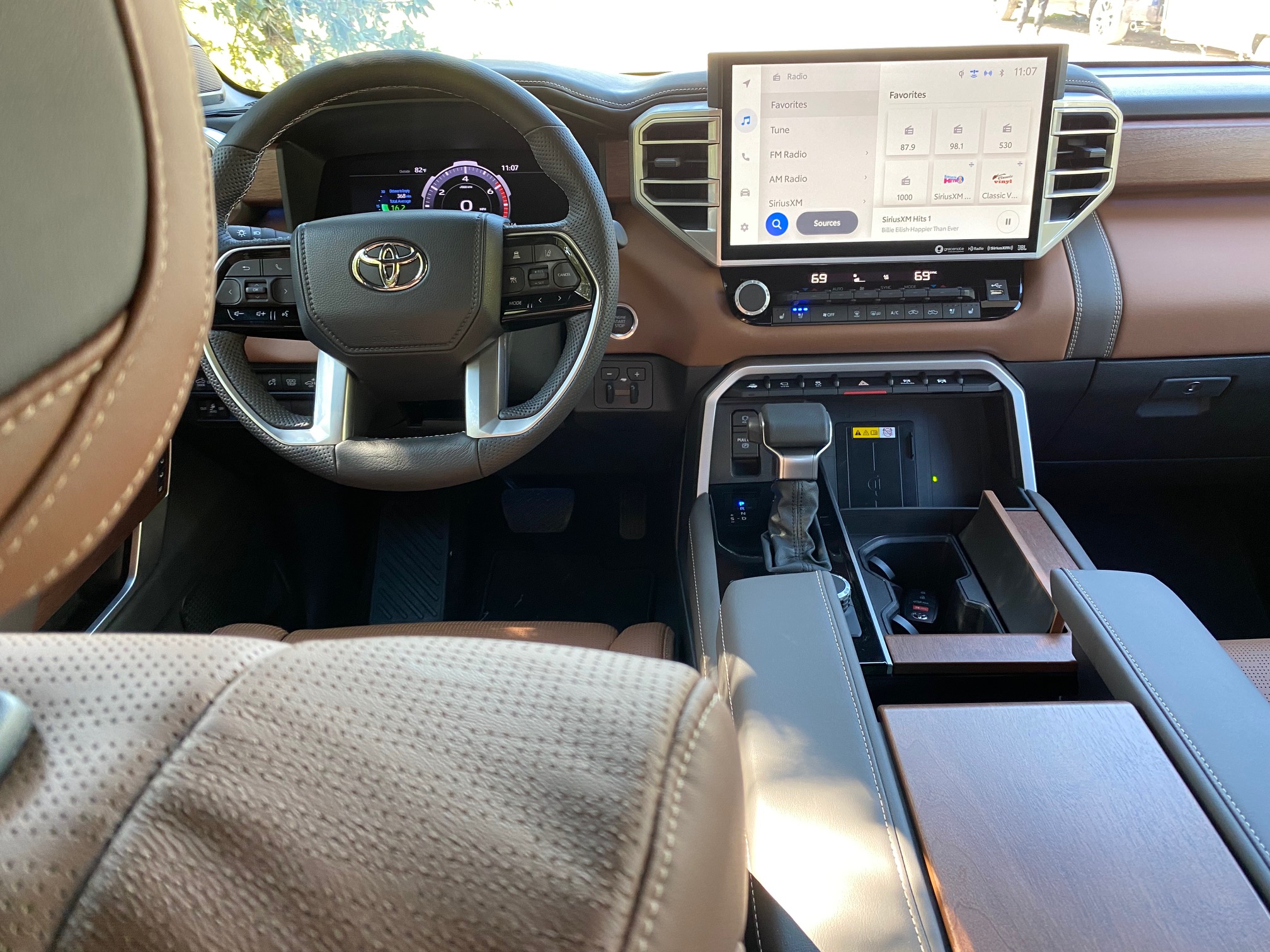 Calty Design Studio was in charge of transforming the Tundra interior, and it’s noticeably better than it was before. Devoid of gimmicks or one-off finishes, the 2022 Toyota Tundra is intuitively laid out with a horizontal orientation versus the vertical way trucks are trending lately.

The 2022 Tundra is available in six trim levels: SR, SR5, Limited, Platinum, 1794, and TRD Pro. The starting two trims are equipped with an 8.0-inch touchscreen as standard, and the new 14.0-inch interface is optional for the SR5 and standard for the upper trims. A TRD Sport package is exclusive to the SR5 trim and adds a TRD-style grille, 20-inch black TRD wheels, lowered suspension, and a unique shifter. 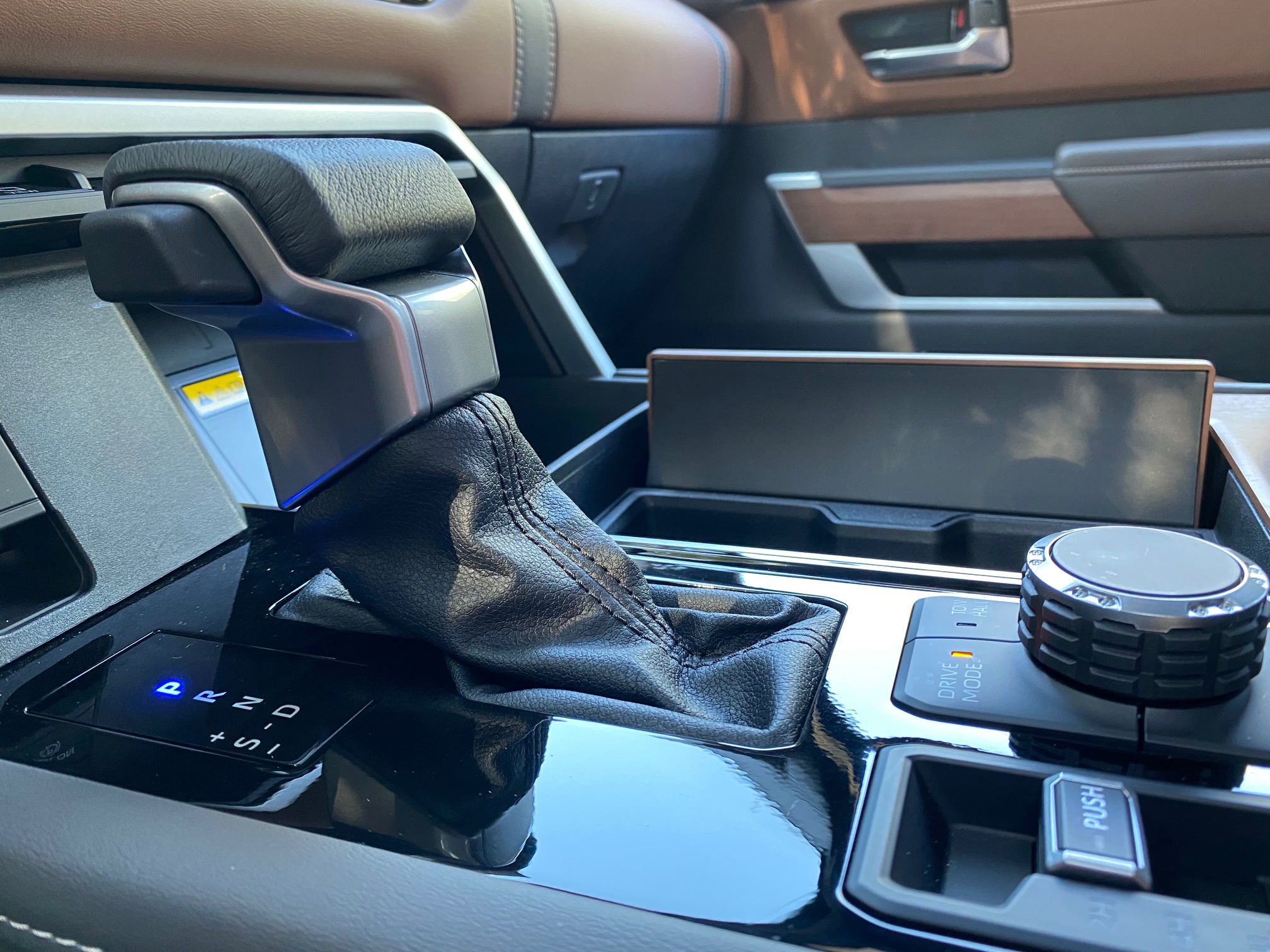 Optional rear air springs are available on the SR5, Limited, Platinum, and 1794 models, and if you like to drive long distances or tow, I’d highly recommend this feature for the best ride.

The 1794 is Toyota’s retort to Ram’s Laramie trim or Ford’s King Ranch. It’s replete with lots of leather and double stitching, but less overt in its cowboy themes than its competitors use.

At the top of the line, the TRD Pro is fitted with a TRD Pro-specific grille with “Toyota” spelled out across the top. An integrated LED light bar spans the middle of the large grille, and the TRD Pro also includes Fox dampers, TRD Pro wheels, and 33-inch Falken Wildpeak all-terrain tires. 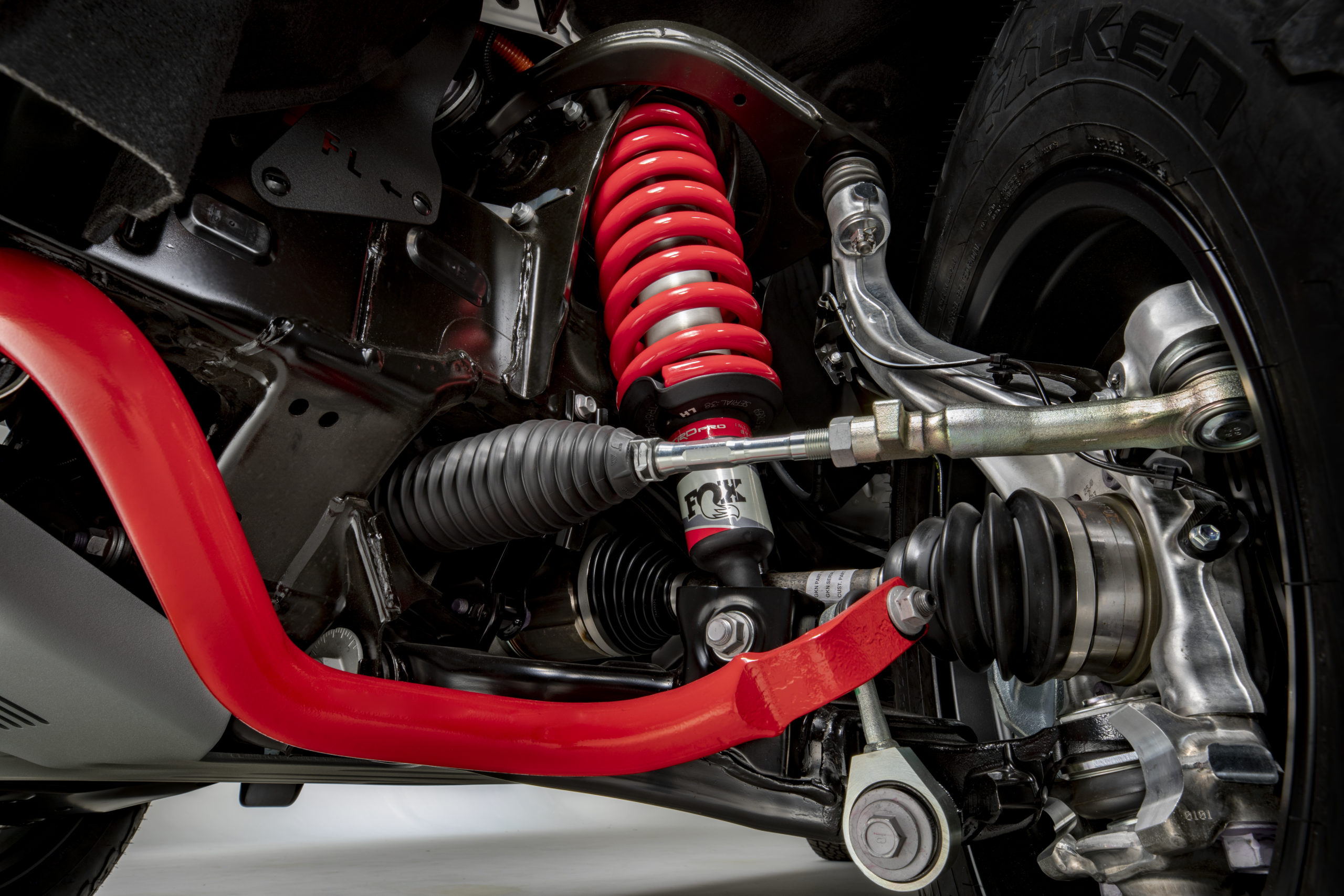 On the TRD Pro, you’ll also get the Multi Terrain Select drive modes as well as crawl control, which I tested out on rocky hills and rough terrain. Using all of the tools available, my off-road drive was a breeze.

Over the last 18 months, Toyota was challenged to finish the Tundra largely from home. That’s extremely unusual when you’re engineering a product, because so much requires hands-on collaboration. Sweers and the engineering team had to figure out new ways to complete the process and do it on time, and he says it has been one of the biggest challenges they’ve ever faced.

Despite the challenges of working virtually, Toyota launched the Tundra on time.

The 2022 Toyota Tundra is scheduled to arrive at dealerships this fall. If you’re in the market for a full-size truck, the Tundra is better than it has ever been. Current Tundra drivers will appreciate the vast number of updates and non-current truck buyers should take a look too. 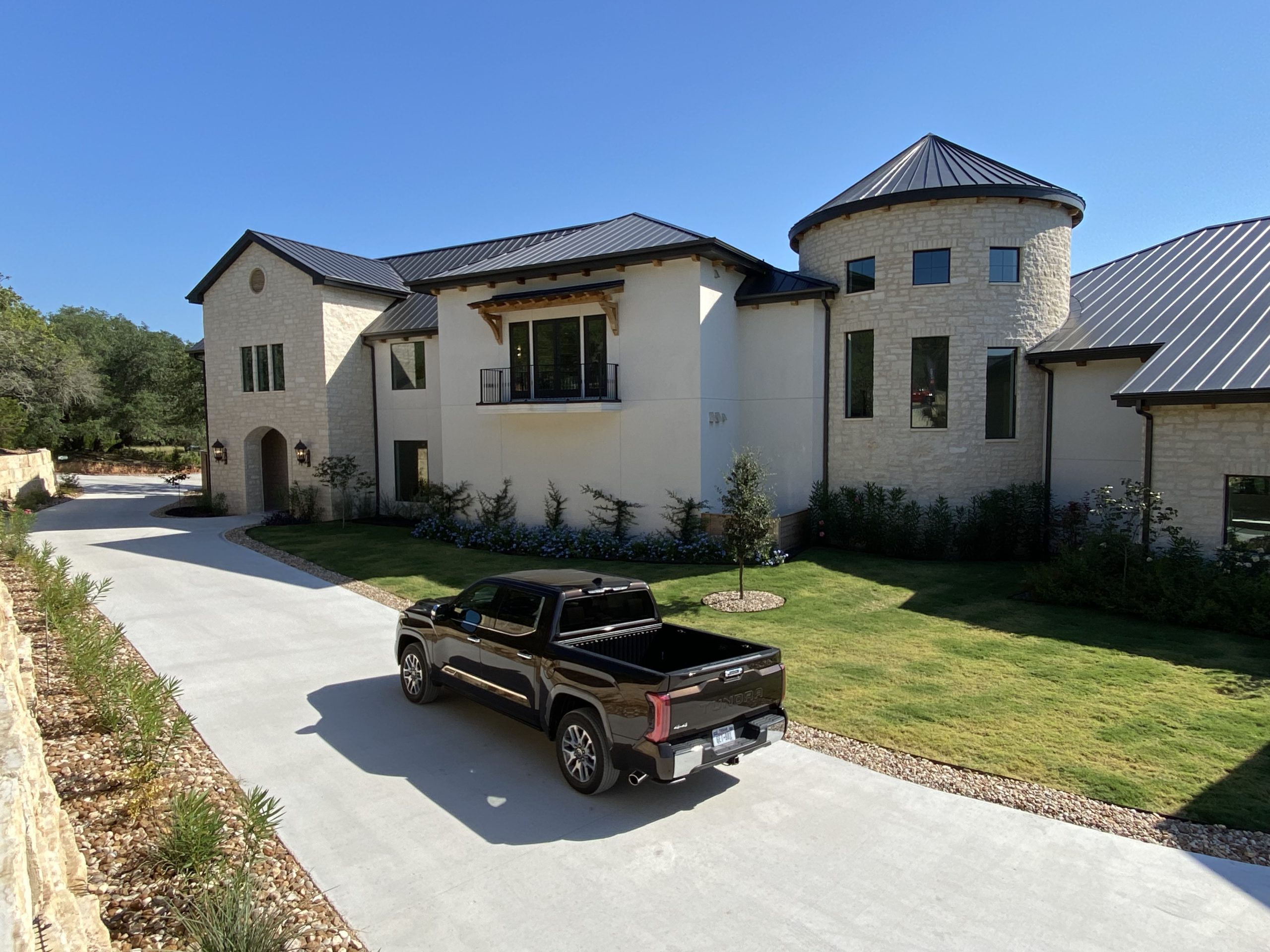