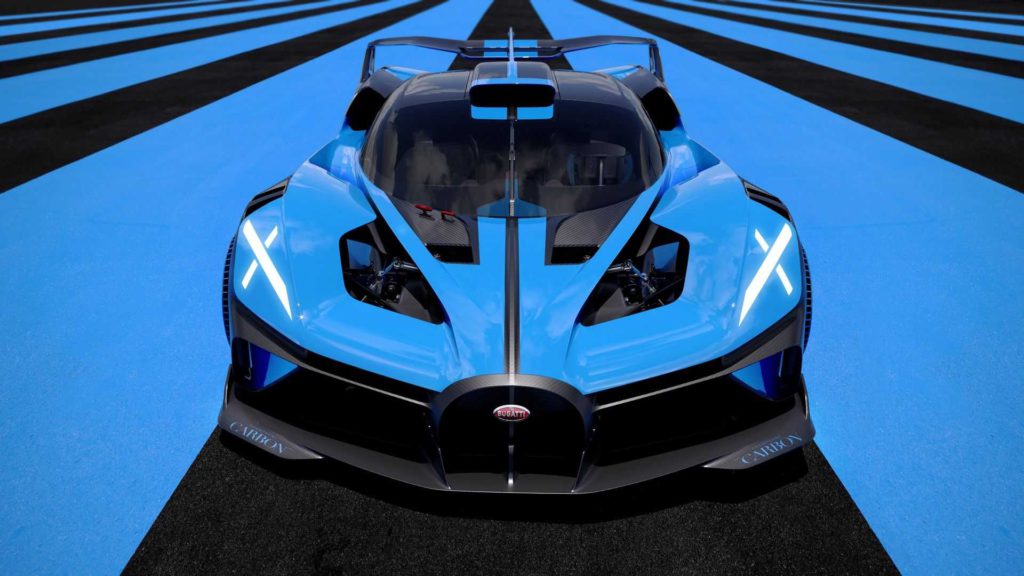 When Bugatti unveiled the wild Bolide concept, it served as another example of just how flexible the Chiron’s platform could be. While all the imagery that the bespoke supercar maker released were high-resolution renderings, they did provide a sense of just how much engineering talent (and insanity) lurked inside Bugatti’s hallowed halls. But the Bugatti Bolide is more than just a styling exercise, and it comes loaded with all kinds of exotic racing technology. Here are the top 5 features that will make you a believer in the Bolide’s form of track domination. 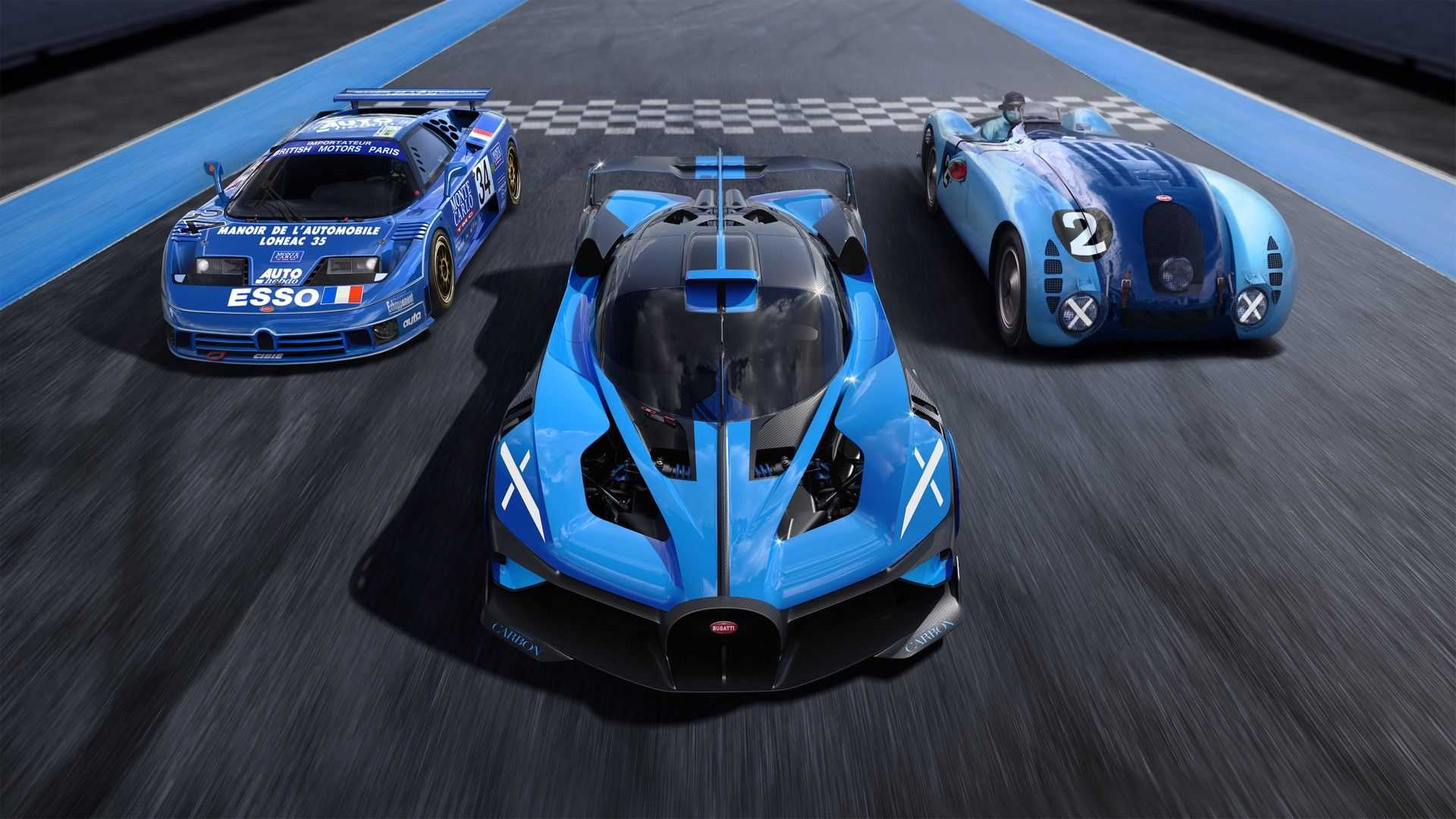 One of the things that immediately caught our attention about this car is a sci-fi inspired feature that Bugatti engineers added to the roof scoop. Bugatti claims it’s a type of “morphable outer skin” that’s applied to the roof scoop. This skin remains flat when the Bolide is wafting about at slow speeds. However, when the Bolide is allowed to play on the track, numerous small bubbles protrude from the space. Bugatti claims that the spherical shaped bubbles help improve airflow, but it remains to be seen if the spherical protrusions can indeed produce this effect when subjected to real-world conditions. If it can, this would be the first time that an automaker has used this type of technology in an automobile, and we look forward to hearing more.

Also, we might as well point out the rest of the exterior styling which shares only minor bits of the Chiron’s DNA. Everything else is a whole different animal with slick curves, ducts, and the wildest front and rear fascia styling we have ever seen, giving the Bolide a very distinct visual calling card. 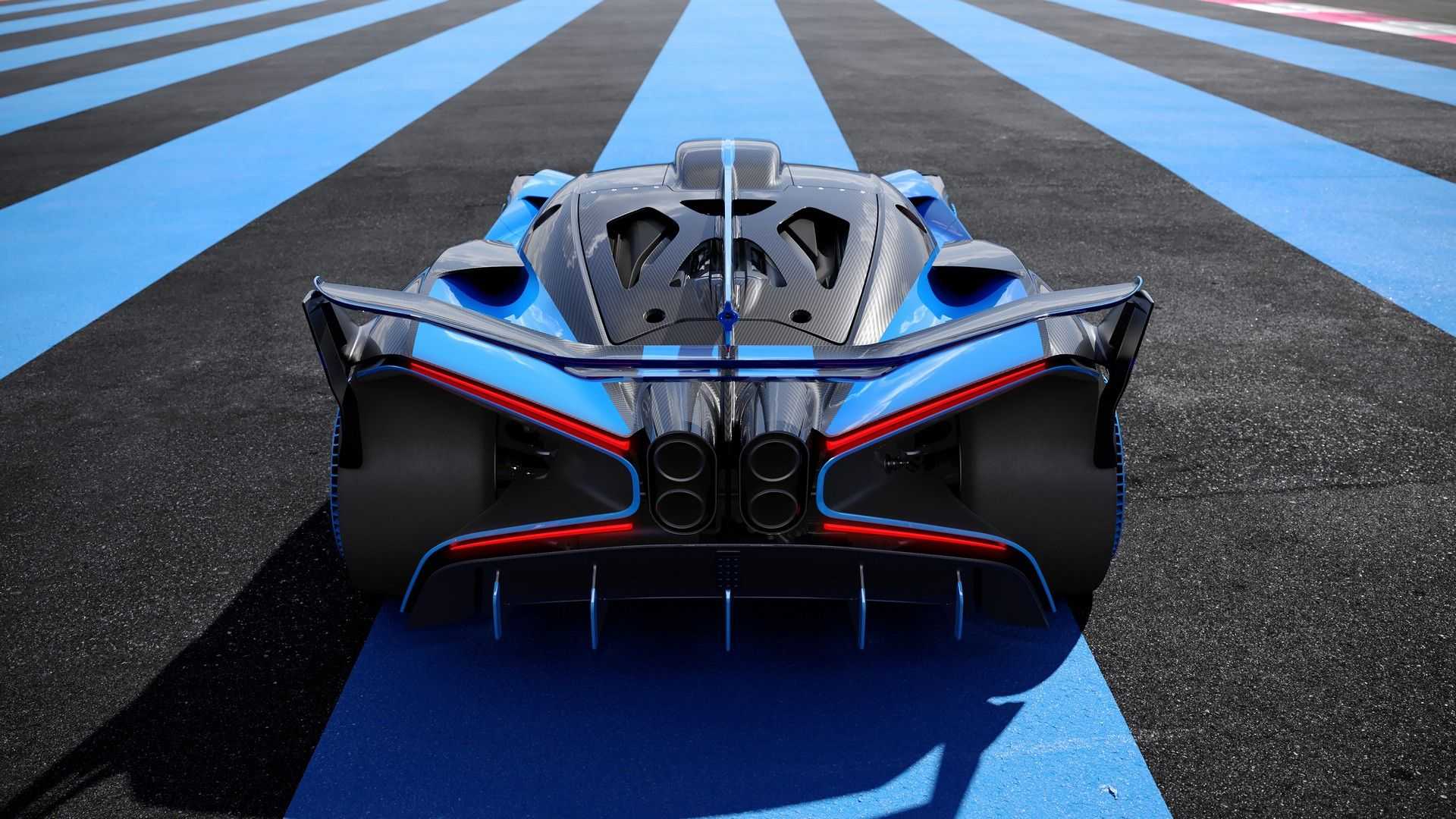 Powering the Bolide is a heavily revamped version of Bugatti’s familiar 6.0-liter quad-turbocharged W16 engine. This engine normally produces a bit over 1,000 hp, so it would be safe to assume that Bugatti engineers couldn’t possibly find any more ponies to squeeze out of this mighty powerplant. Well, you’d be dead wrong, as the Bolide produces an insane 1,825 hp and 1,365 lb.-ft. of torque. This makes it one-off the most powerful cars Bugatti has ever produced.

Now that you have had a moment to soak it all in, the next logical question to ask is where on earth did Bugatti find the extra power? The answer is a two-part affair, involving more air and a richer diet.

Step one to more power is an all-new set of turbochargers (all four of them) that can handle the rigors of track duty. In addition to the engine gulping more air, it also drinks a far stronger brew of gasoline than its corporate siblings. The Bolide is engineered to subsist off of 110 octane racing fuel. Like a gigantic shot of Jagermeister and Red Bull, the higher octane fuel allows the engine to make more power, while still having the ability to smoothly cruise its way back to the pits when it comes time to pack up for the day.

Oh, and that extra jolt of power also wakes up the speedometer too, with Bugatti claiming that the Bolide is capable of sprinting to 60 mph in 2.7 seconds, and going over 310 mph when pushed to its limit. 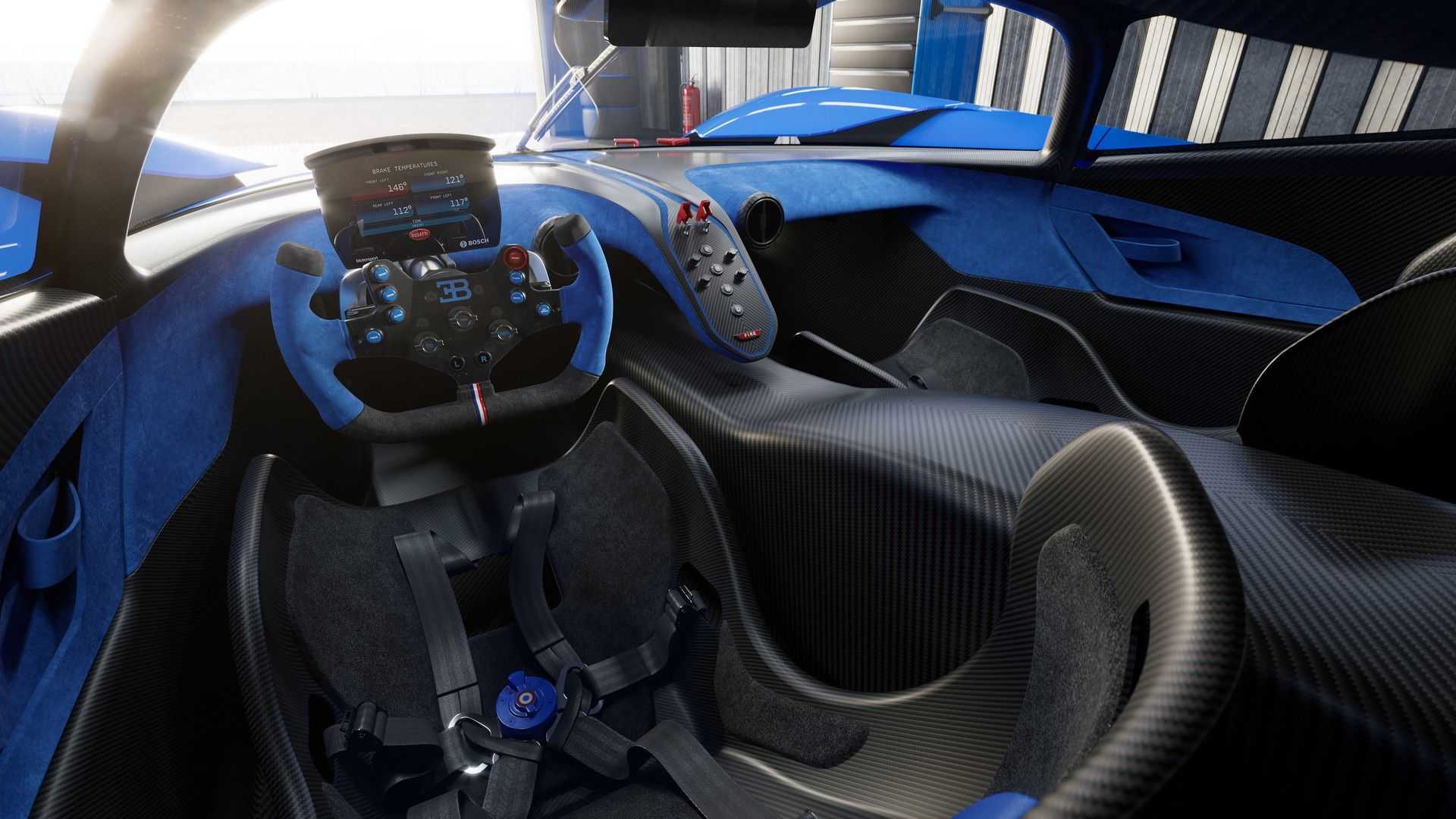 With the extreme amounts of performance on hand, Bugatti engineers had a massive challenge on their hands when it came to shedding excess weight. A key place to start is in the interior, which goes back to basics in its attempts to be as light as possible. That means ripping out all the typical luxury items that you’d expect in a Bugatti, with a second seat being the only amenity left standing after the mass exodus was completed.

The steering wheel is very reminiscent of what you see in a high-end race car. The bulk of the cabin is made out of lightweight carbon fiber, while the windows are made out of a very strong polycarbonate material. Even the fasteners throughout the car are made from titanium versus conventional steel or aluminum, all in the name of weight savings. We’re not sure just how many ounces this particular maneuver helped cleave, but we will give Bugatti engineers props for thinking of everything.

The Bolide’s seats also channel their racing pedigree, with occupants sitting extremely low and towards the back of the car. Shorter passengers will be pleased to know that the pedal assembly can be adjusted up to 5.9-inches, as the seats are stationary, to ensure that everyone can experience the Bolide’s wicked charms. 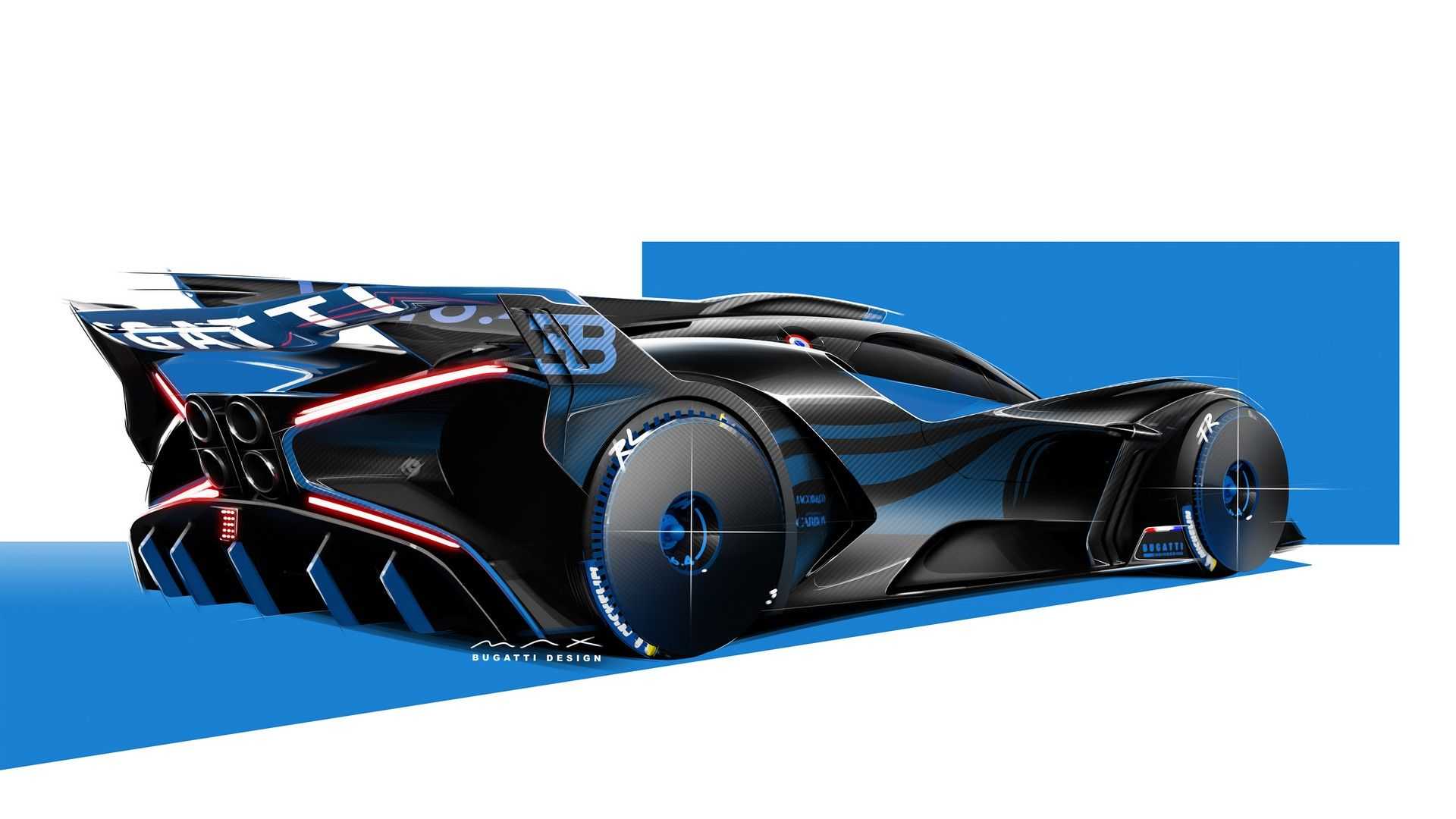 With all the track-focused performance that the Bolide has to offer, it would be natural to assume that it was a project that culminated after years of development in a secret room or basement. But in a twist, Bugatti revealed that it managed to develop the concept in just eight months. This is the equivalent of achieving lightspeed in the automotive world, especially since it would typically take several years for a vehicle like this to go from the drawing board to having a drivable test vehicle.

But while the Bolide concept had a very quick gestation period, it’s prospects for formal production remains unknown. Bugatti claims that the Bolide is a “what if” car, and has not formally committed on whether to give it the green light for a production run or not.

As a result, it’s unknown how much the bespoke brand would charge for a production-spec Bolide. Considering that the Chiron and its wild corporate cousins command multi-million dollar prices already, we have no doubt the Bolide’s price tag will be befitting of the Bugatti badge. No doubt this will also make it a very tempting play thing for the very few that have the financial power to add it to their paddock. 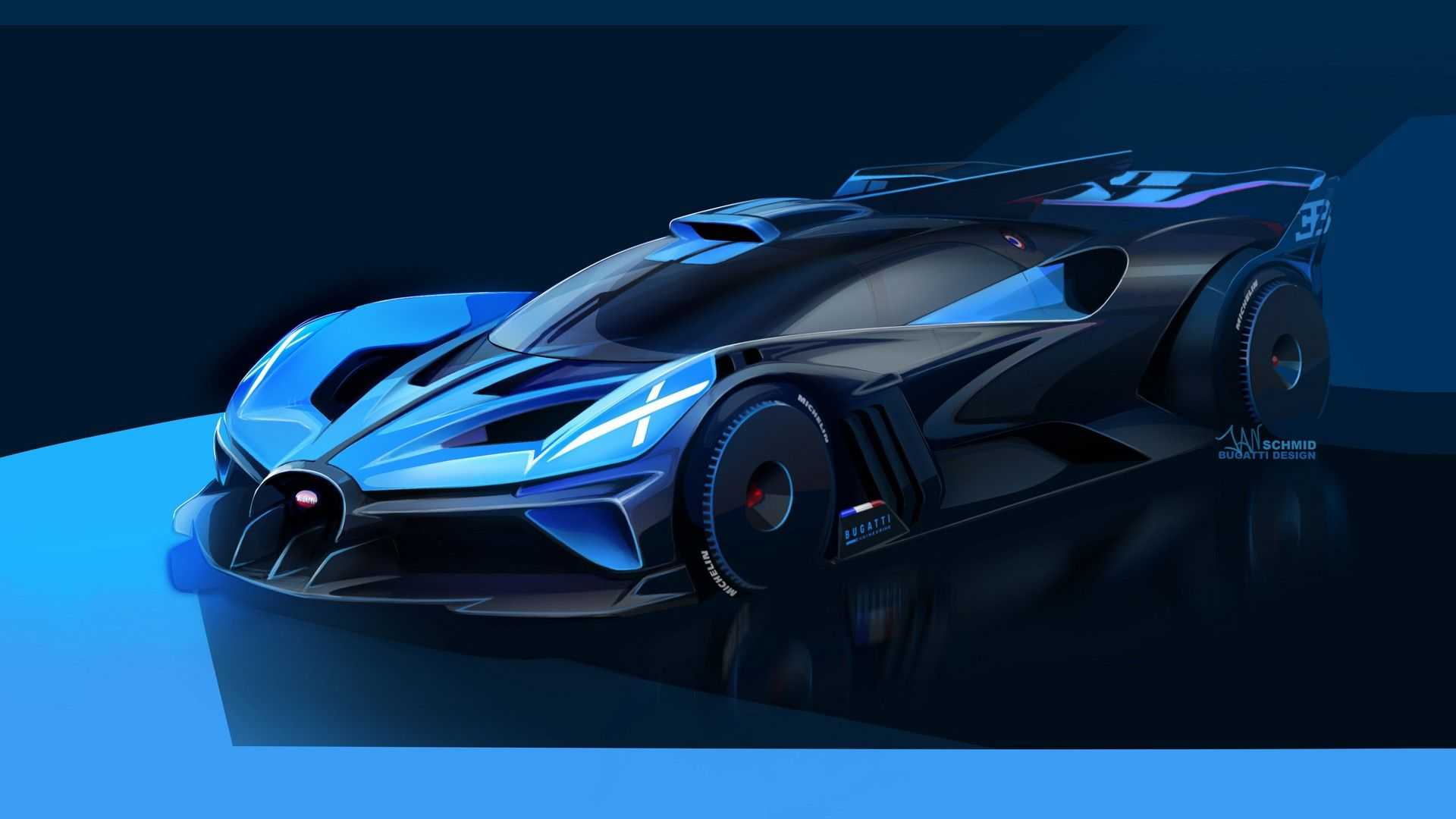 While the Bugatti Bolide concept manages to wow the senses with performance, technology, a function focused cabin, and even a lighting quick development period, it would be a crime if we didn’t talk about the most impressive feature that the Bolide offers, braking power. That’s right, going fast and looking good are only two parts of a broader story, and the braking technology here is the proverbial glue that holds everything together. Unlike the brakes that are used on your aunts Toyota Camry, the Bugatti concept adopts some pretty innovative solutions to ensure that it can handle the high-stress loads it will encounter on the track.

One such solution is novel turbofan radial compressors that help channel cold air to the brakes. These wheel pieces are made out of a newly developed fusion of carbon and titanium.

The brake calipers themselves weighing a mere 5.3 lbs each while the brake rotors have also been specially prepped for race duty, and are naturally made out of carbon-ceramic. The rotors are also covered in specialized coatings to further enhance the levels of heat distribution on hand. This helps prevent the brakes from catastrophically failing during a demanding track day. It’s unknown what the pads are made of, but it’s very safe to assume that they are also made out of some form of carbon-ceramic coating.

For all things Bugatti Bolide check out Bugatti’s website HERE.


Is The Aprilia RS 660 Production Ready?
The Best of 2021 Maserati
What The @?#&! Were They Thinking? The Pontiac Aztek
7 Easy Ways To Reduce Car Repair Costs
10 Forgotten Classic Plymouth Models You Probably Never Knew...
Kawasaki H2 Vs. BMW S1000RR