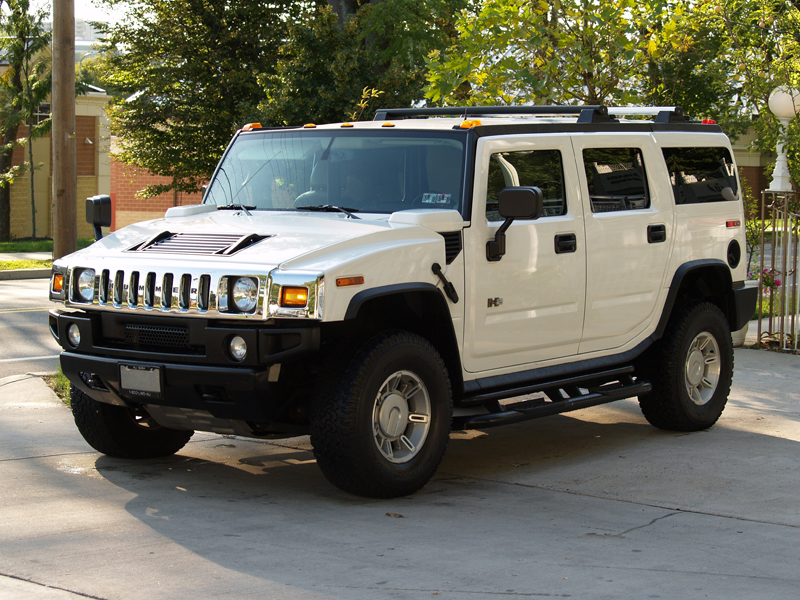 Some cars have literally become jokes, with negative perceptions of their performance, dependability, dimensions and/or aesthetics spiraling into widespread public ridicule. Here are a few four-wheeled follies that became punch lines – including some that had the last laugh. Scroll down to view our list: 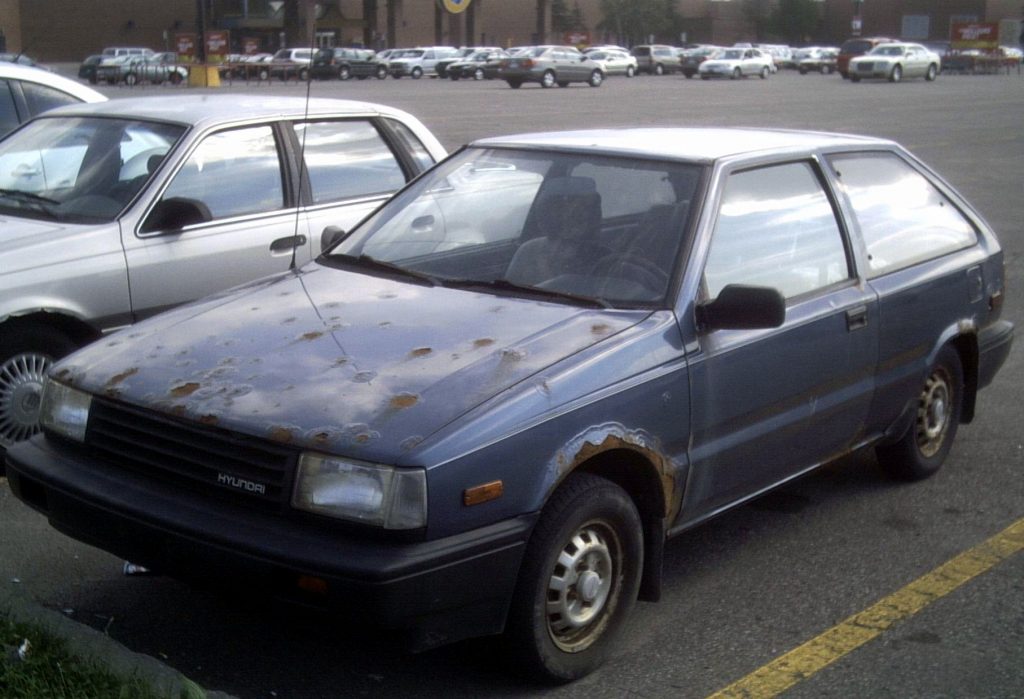 “The Yugo has come out with a very clever anti-theft device – they made their name bigger.” – Jay Leno.

In the 1980s, Yugoslavian schoolchildren would take field trips to the Zastava Automobiles factory, where each class would “build” one of its Yugo superminis. The famously poor quality of these Fiat-based hatchbacks suggests that maybe kids made them all. The sub-$4,000 Yugo was derided for everything from catastrophic timing belt failure to easily-overwhelmed fuse boxes and flimsy door handles, and its stateside sales, which peaked at 48,812 in 1987, nose-dived to 1,412 by 1992 (when sanctions resulting from the Balkan Wars ended exports). Zastava was finally forced to update its production lines when NATO bombed its Kragujevac factory in 1999. 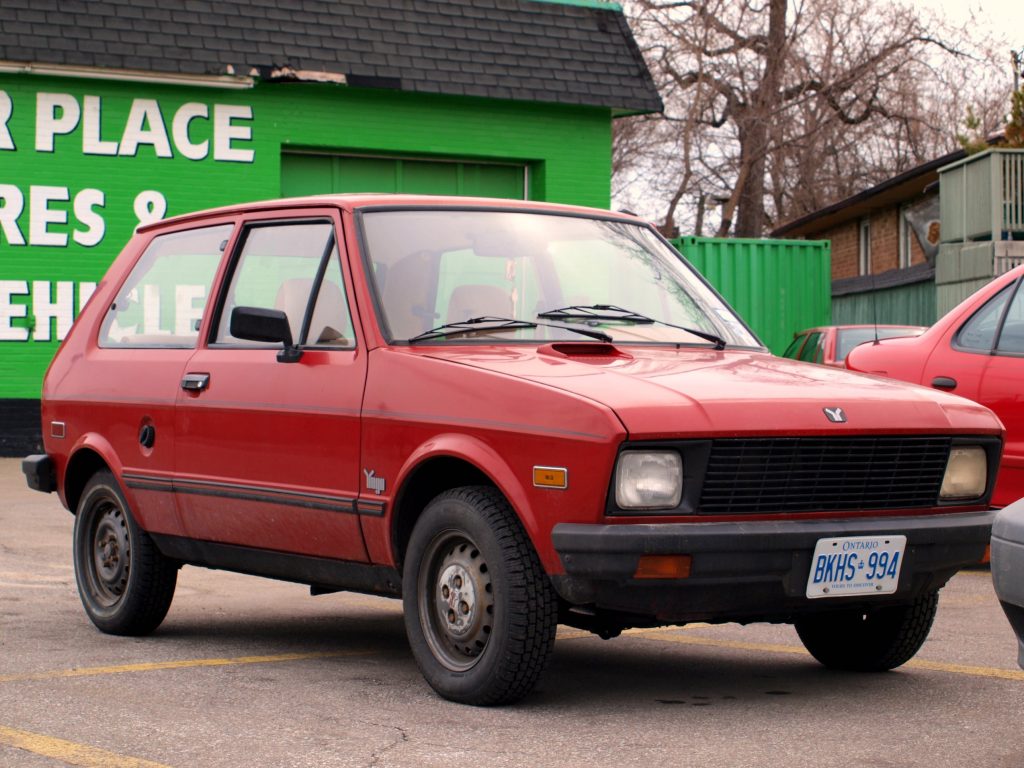 “What’s the difference between a porcupine and a Hummer? The porcupine has the pricks on the outside.” – Anonymous.

Hummers and their owners attract equal scorn – there’s even a website called “Fuck You and Your H2”. With the Hummer H1 being a rugged head-turner based closely on the military Humvee and the final H3 version a relatively innocuous SUV, it’s the steroidal H2 (2002-2009) that provokes maximum ire. Planet-killing fuel economy (though General Motors was not required to release mpg, due to the H2’s gross vehicle weight rating), ostentatious dimensions (nearly 80 inches tall) and dubious lineage (more Chevy Tahoe than military off-roader) have made the H2 all but synonymous with “selfish poseur”.

Affectionately known as the “flying fishbowl”, the AMC Pacer’s dubious place in popular culture was sealed with its casting as the baby-blue “Mirthmobile” in 1992 comedy Wayne’s World. This oddly bulbous and airy compact, boasting a 37-percent glass body surface, was considered futuristic upon its release in 1975 and looks downright screwball today. But the Pacer is a fondly-regarded figure of fun, being well reviewed (mostly for its bold design) at the time and, despite early rack and pinion issues and surprisingly poor 6-cylinder fuel efficiency, commanding a contemporary cult following among collectors. 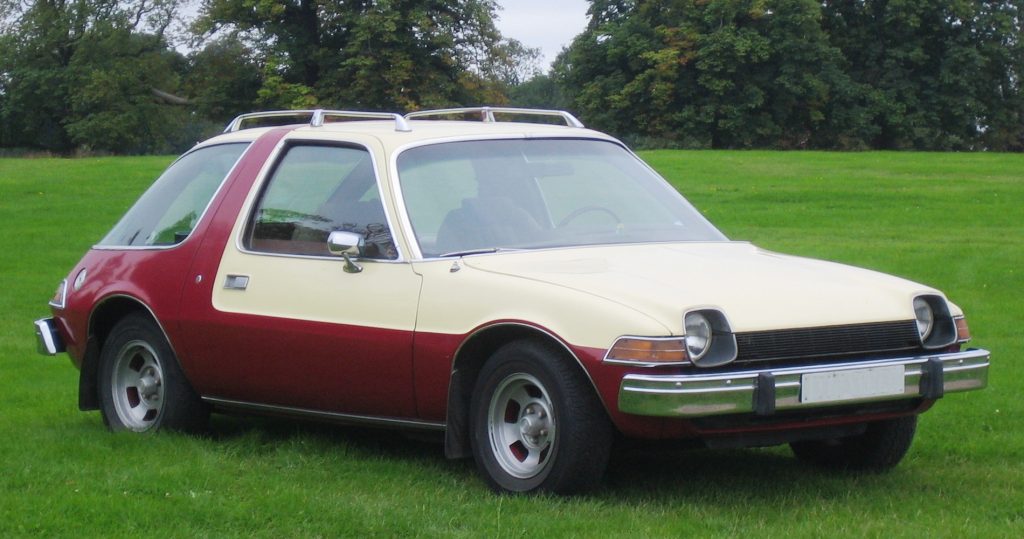 In perhaps the ultimate automotive “revenge of the nerds”, Hyundai went from being stand-up comedy fodder in the late 1980s to boasting two of America’s Top 10 best-selling cars today (according to GoodCarBadCar.net). Things began well for Hyundai’s first U.S. model, the $4,995 Excel X1, of which 168,882 were sold in 1986 (a first-year record for a new automobile brand in America). Only the Giugiaro-designed Excel didn’t excel in everyday use, with reliability and fit-and-finish issues rapidly reducing sales. But the Hyundai Group’s huge resources allowed the South Korean automaker to turn things around through massive investment in research, design, and quality control.

“This Smart Car is so small that the kiddie pedal-car version is bigger.” – Anonymous

Even in an era of environmental awareness and uncertain gas prices, size still matters to many American drivers. Much of the stateside criticism of the Daimler-made Smart Fortwo city car has ironically centered upon its principal selling point elsewhere: a tiny, easy-to-park footprint (under 100 inches long in its initial incarnation). But an acquired-taste automated manual transmission (for which Smart offered a free upgrade in 2009) also proved off-putting, as did underwhelming fuel economy from such a miniscule vehicle. The Fortwo remains a novelty vehicle stateside (averaging 450 monthly sales so far in 2016), yet more than 1.7 million had been sold worldwide as of early 2015. 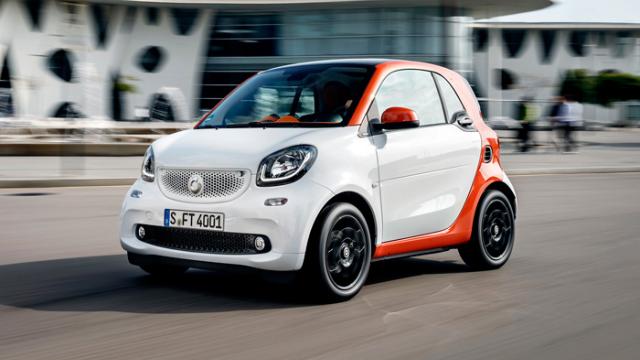 “I saw a PT Cruiser with flames on it. No one cared. Not even the fire fighters.” – Travis Cagle, comedian.

The PT Cruiser is a versatile five-door hatchback with the silhouette of a Bonnie and Clyde getaway car. A pioneer of the New Millennium retro-vehicle trend, it was an instant success upon release in 2000. But “special editions” apparently aimed solely at baby boomers (including Flame and Woodie packages, and the Street Cruiser Route 66 Edition) alienated the under-40s, while poor safety ratings and disappointing mpg bothered older drivers. Annual U.S. sales dropped from nearly 150,000 in 2001 to fewer than 9,500 in 2010, but the Cruiser remains a used-car bargain – if you really don’t care what the neighbors think. 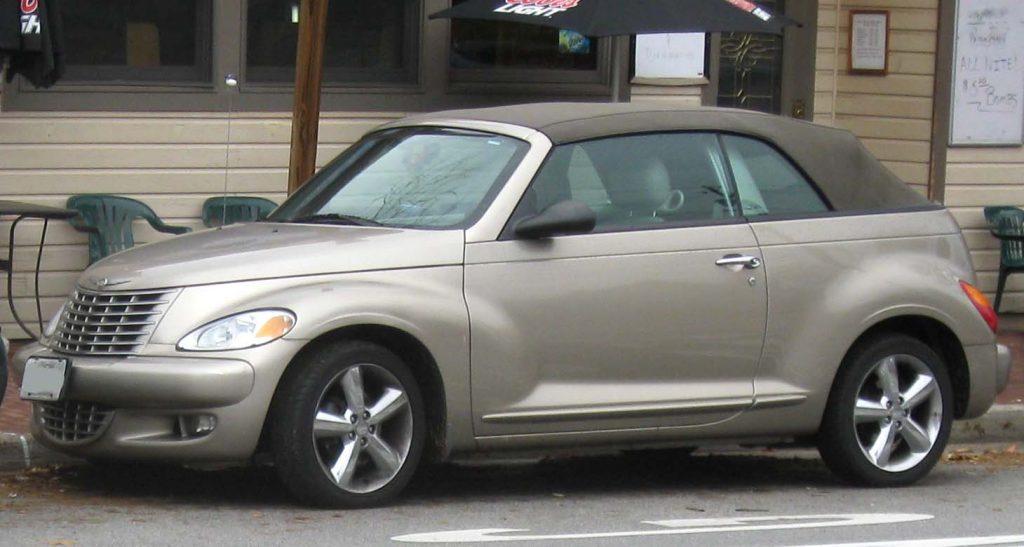 For American drivers who still associate cheap, spartan subcompact cars with only overseas automakers, the very idea of GM’s Metro – a tiny no-frills model with a domestic nameplate – appears disturbing (almost every Metro joke relates to its size or price). Actually a joint venture with Suzuki, it was based on the Japanese company’s long-running Cultus supermini. While now almost a byword for “beater”, the Metro endured (with GEO and Chevrolet badges) from 1989 until 2001, and has proved defiantly durable since, with many owners reporting 200,000 easy-maintenance miles. While fans claim 50-plus mpg, critics insist that a full tank of gas is worth more than a Metro itself.

“It was so ugly that I was actually surprised by its ugliness.” – Pontiac Aztek owner.

If cars could be ordered from in-flight magazines, they’d look like the Pontiac Aztek. Introduced in 2001, this over-thought SUV has been cited as the last nail in Pontiac’s corporate coffin. The Aztek’s plastic-y, created-by-committee aesthetics belie a very useable vehicle that earned early critical praise (including “Most Appealing Entry Sport Utility Vehicle” from J.D. Power and Associates), but was, initially at least, too pricey for younger drivers who just might have embraced its “brave” visage. Yet even this monument to out-of-touch design has had its moments, with a recurring role in hit TV series Breaking Bad lending it some posthumous street cred. 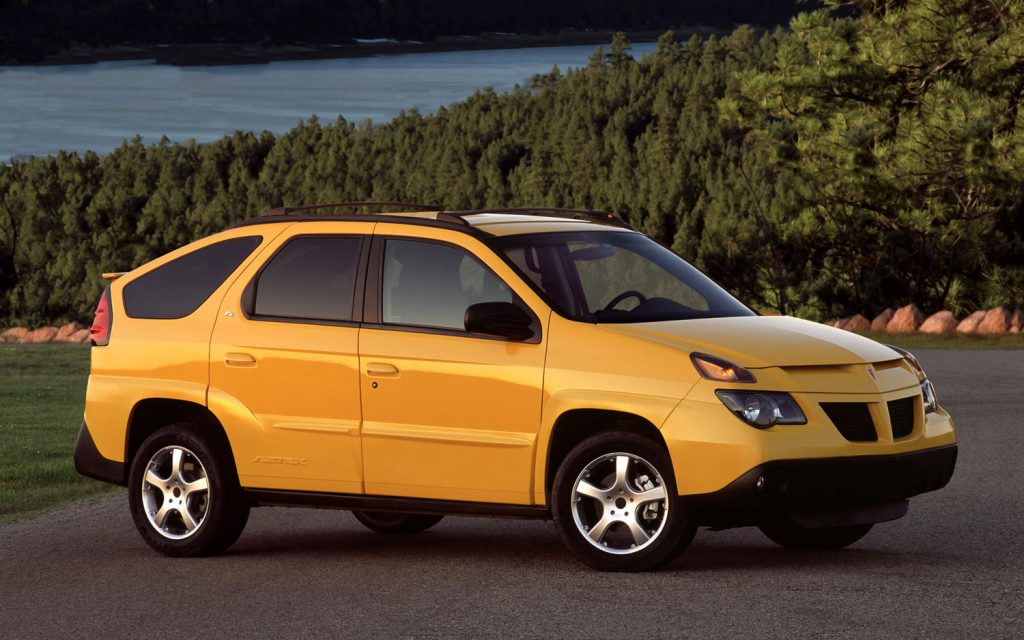