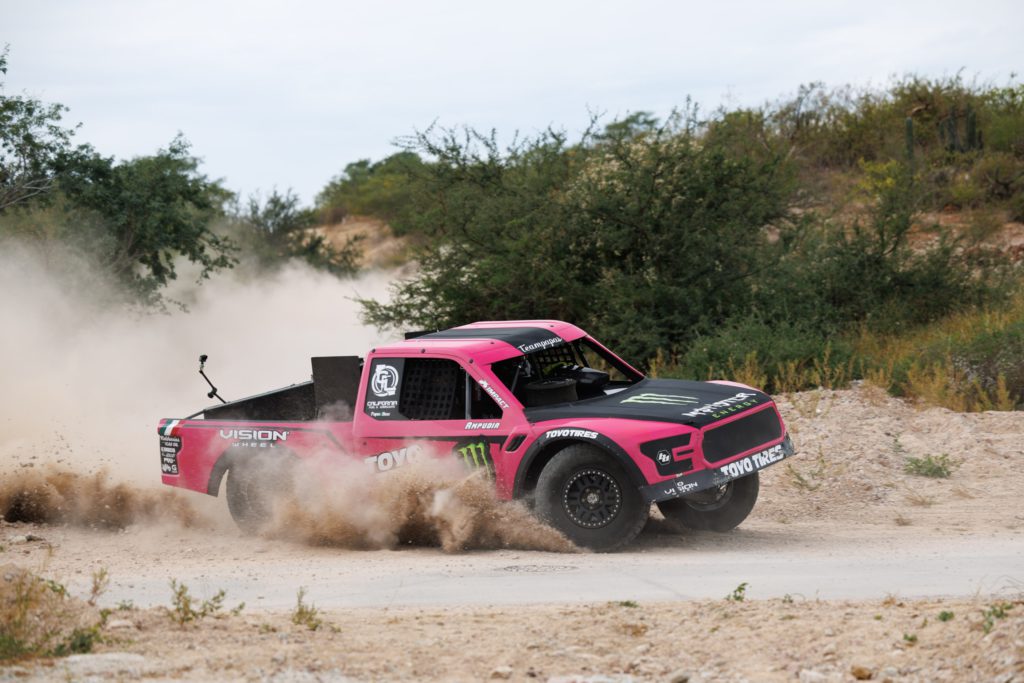 Alan Ampudia is back with his latest off-road truck action film -and Toyo Tires advertisement- in AMPD 2. This time he’s shredding a mix of natural and man-made terrain in Cabo and Ensanada. He’s also got Lil Jon running shotgun once again.

Let’s first get right to the action.

And if there was any doubt about their performance, just watch the kind of stunts Ampudia pulls on and off the streets of Cabo San Lucas, Mexico in this second entry to Toyo’s AMPD series. The A/T III tires answer monster jumps and incomprehensible drifting with exceptional precision, impact handling, and toughness.

According to Toyo, the Open Country A/T III include the following features:

Toyo offers the A/T III in Flotation, LT Metric, and P/Euro-Metric styles for wheels sized from 14 to 22 inches. The warranty’s good up to 65,000 miles for P/Euro-Metric tires or up to 50,000 for Flotation and LTs. And the company provides buyers with a 500-mile/45-day test-drive window. Learn more at ToyoTires.com.

Alan Ampudia is a second-generation desert racer and a specialist in the field. In 2019, Ampudia and his younger brother Aaron drove his custom Ford F-150 Raptor bodied trophy truck to a historic win at the prestigious SCORE Baja 1000 — churning out a hellacious 800.5-mile course in a little over 16 hours and 10 minutes.

Ampudia’s Trophy Truck sported Toyo Open Country M/T-R tires -the “R” is for “race.” In the short but very (and I mean very) sweet AMPD 2 film, Ampudia brings back his hot-pink livery and Raptor body, along with some Toyo shoes -this time the Toyo Open Country A/T III- on a Pro 2 truck.