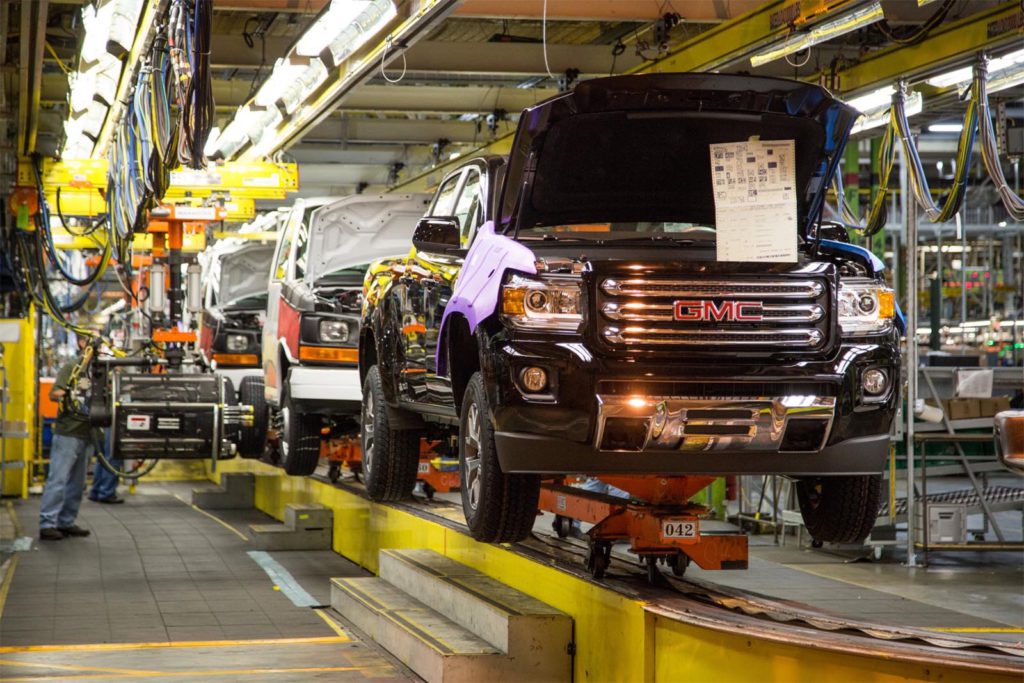 With COVID-19 infections rising fast and threatening to force a new round of plant closures, the auto industry is beginning to reinstate pandemic restrictions — and even considering vaccination mandates — just weeks after many had begun lifting mask rules and calling workers back to their offices and workstations.

The turnaround comes as the more contagious Delta variant has caused a surge in COVID-19 infections, especially in states where pandemic restrictions had been lax in the first place. Several manufacturers pointed to Missouri as one state where they’ve seen surging infections among their employees.

“We’ve always told our teammates the virus runs the show here,” said Chris Reynolds, who oversees manufacturing and human resources for Toyota Motor North America. And, according to Reynolds, the automaker now has to deal with the reality of climbing infection rates that “is really affecting everyone, Toyota included.” 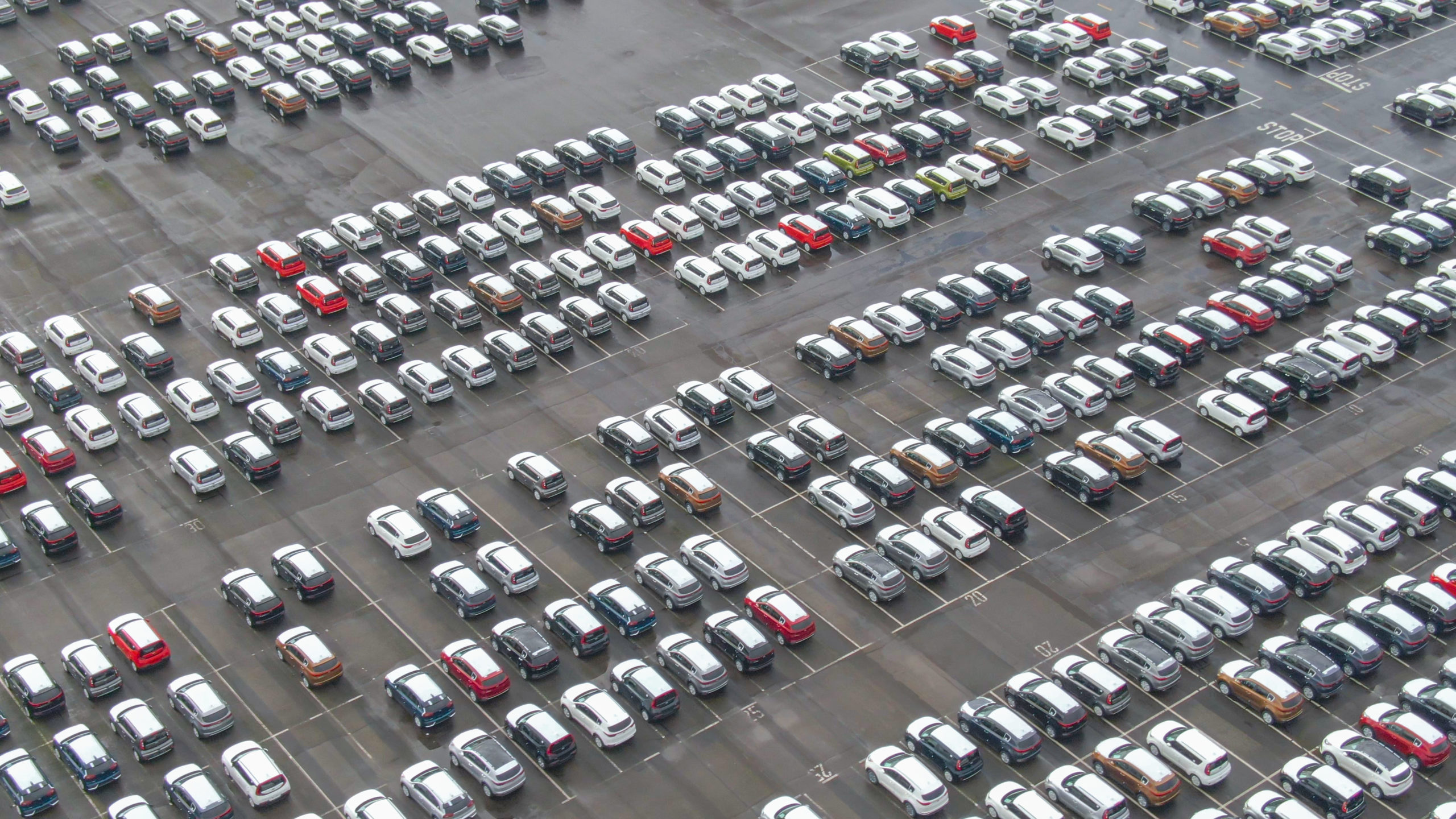 The auto industry, in general, has been hammered by the coronavirus pandemic. Rising infection rates forced brands to completely shut down North American manufacturing operations in March 2020, with most plants remaining closed through late May and even June.

New car sales initially plunged as lockdowns spread across the country, though demand rebounded much quicker than anticipated. The auto industry has since struggled to rebuild inventories and faces a major challenge due to a shortage of semiconductors linked to the pandemic.

And the situation could grow worse as more employees fall ill. General Motors was ready to cut a shift at its pickup and van plant in Wentzville, Missouri, this week due to a shortage of line workers. The plant was able to move staff around and bring in some temps to keep things going. But the threat of a new round of plant closures is hanging over the industry as the Delta variant spreads.

Reinstating Mask Mandates and Other Protocols 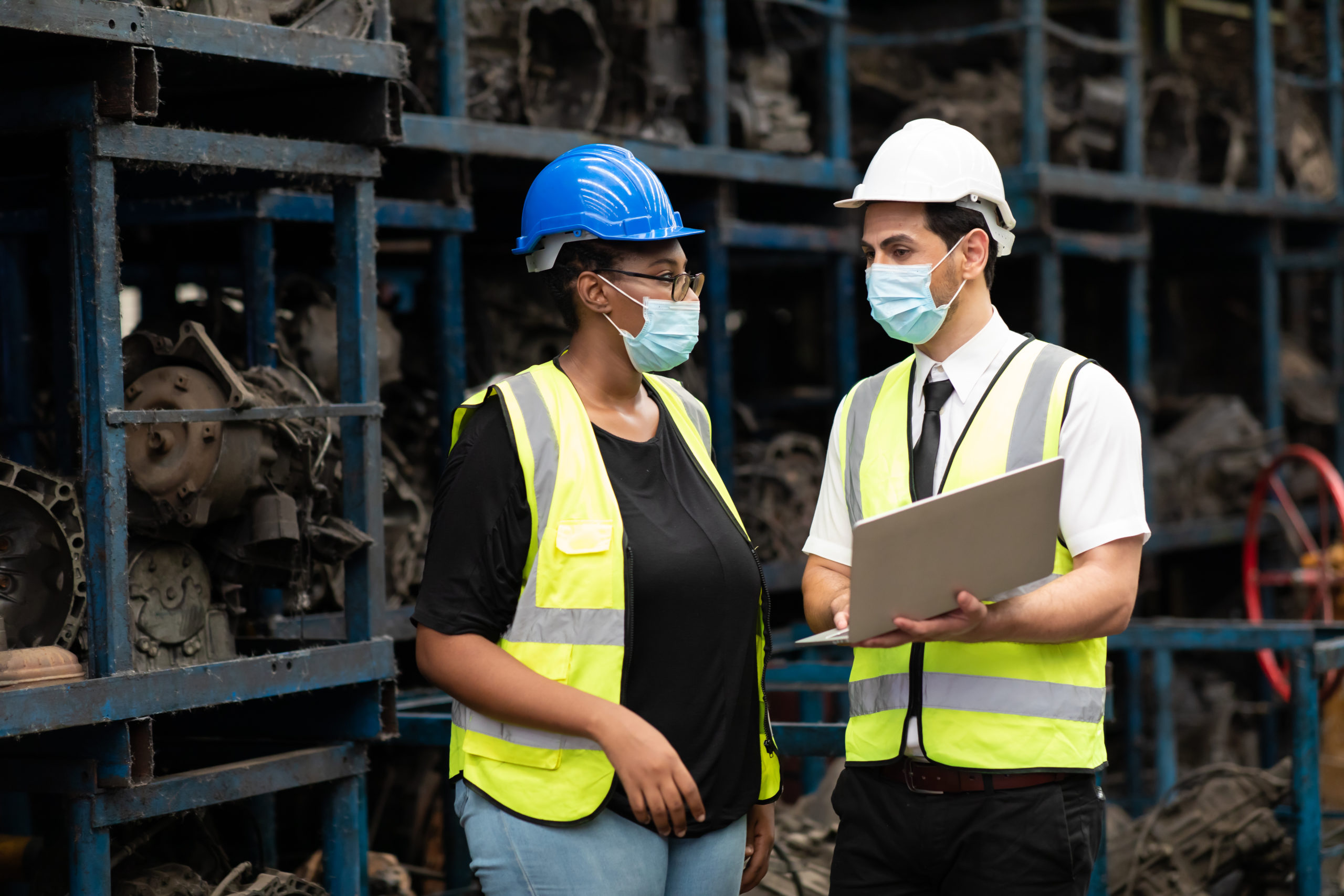 GM has since reinstated its mask mandate at the big Missouri facility and could do so elsewhere depending upon the recommendation of its in-house medical team, said spokesman Dan Flores.

Among the eight manufacturers that have so far responded to a request for comment by AutoWise, seven said they are already taking some steps to reduce the risk of infections, mostly by reinstating mask mandates that they’d only recently relaxed.

“We informed employees that, effective immediately, MBUSA will require all employees and contractors to wear an approved mask while indoors at all company facilities nationwide,” said Rob Moran, the head of U.S. public relations for Mercedes-Benz. “This revised requirement,” he added, “is independent of vaccination status and location.”

With most manufacturers, mask mandates are being more narrowly reinforced. Toyota, for example, is letting managers at individual plants and other facilities decide what to do.

The same goes for other COVID-19 restrictions. Automakers have slowly begun bringing white-collar employees back to their desks and workstations, though the approach varies by manufacturer.

“At our corporate headquarters in California, we have temporarily delayed the next phase of our return to office plan,” said Michele Tinson, a spokesperson for Hyundai Motor America’s Midwest and East Coast regions. “At all of our facilities, we continue to closely monitor case counts, regulations, and guidelines to determine the right approach to keep our employees safe and healthy.” 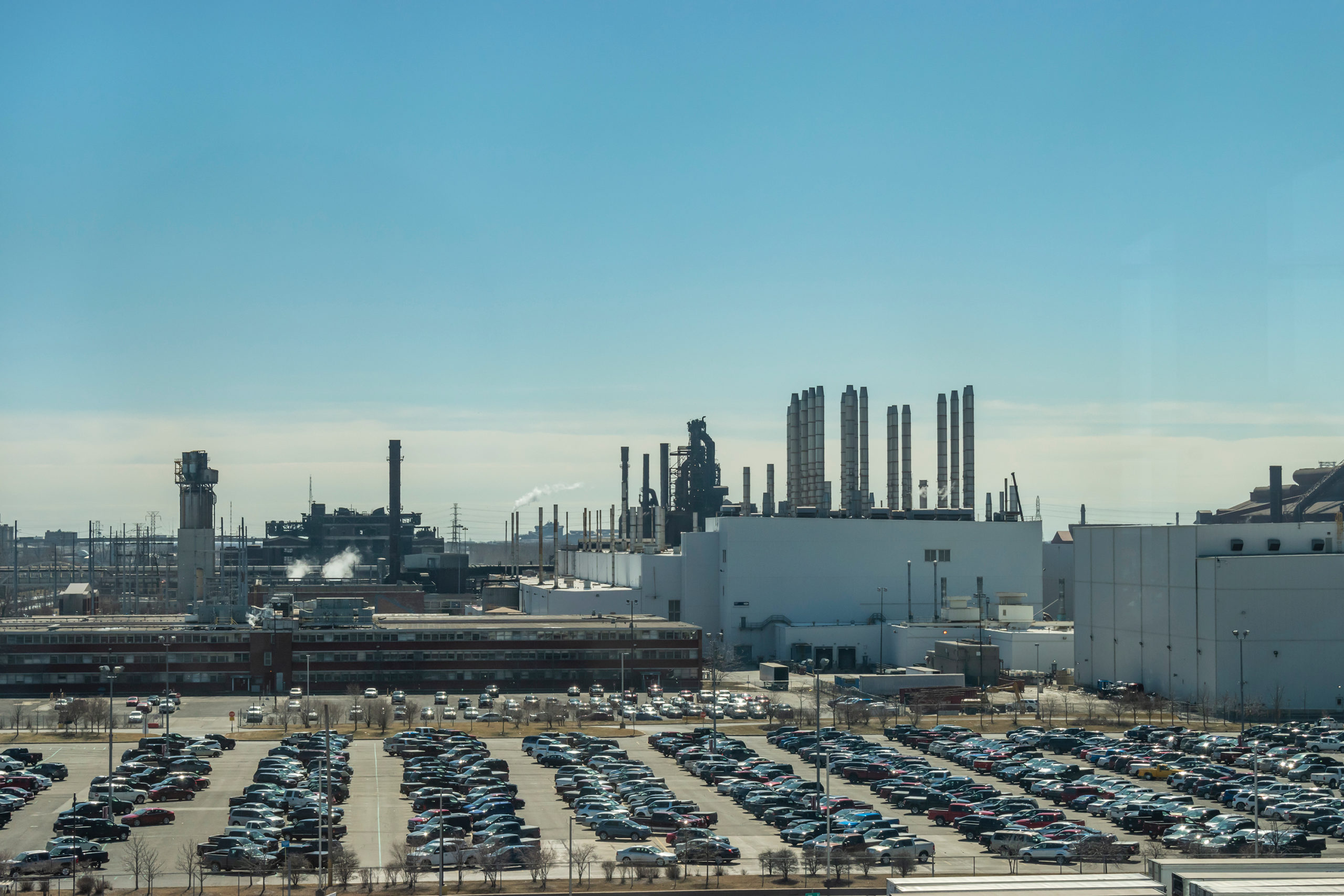 For its part, Toyota has had “the vast majority” of the 4,400 people stationed at its big corporate headquarters in Plano, Texas, working from home since March 2020. The goal had been to bring back 50%, at least on a rotating basis, by September, according to chief U.S. spokesperson Scott Vazin. That plan is now up in the air, he said.

Earlier this year, Ford and GM earlier announced flexible programs, leaving it up to managers to decide whether staff could continue to work from home or find some other alternative, such as splitting up the week, on a rotating basis. That also is under review.

Ford, GM, and Stellantis are all part of the industry’s COVID-19 Task Force, which will decide how to cope with the latest surge in the coronavirus in the next week or two. It is widely expected to back away from its recommendation of relaxing mask mandates, issued barely a month ago. 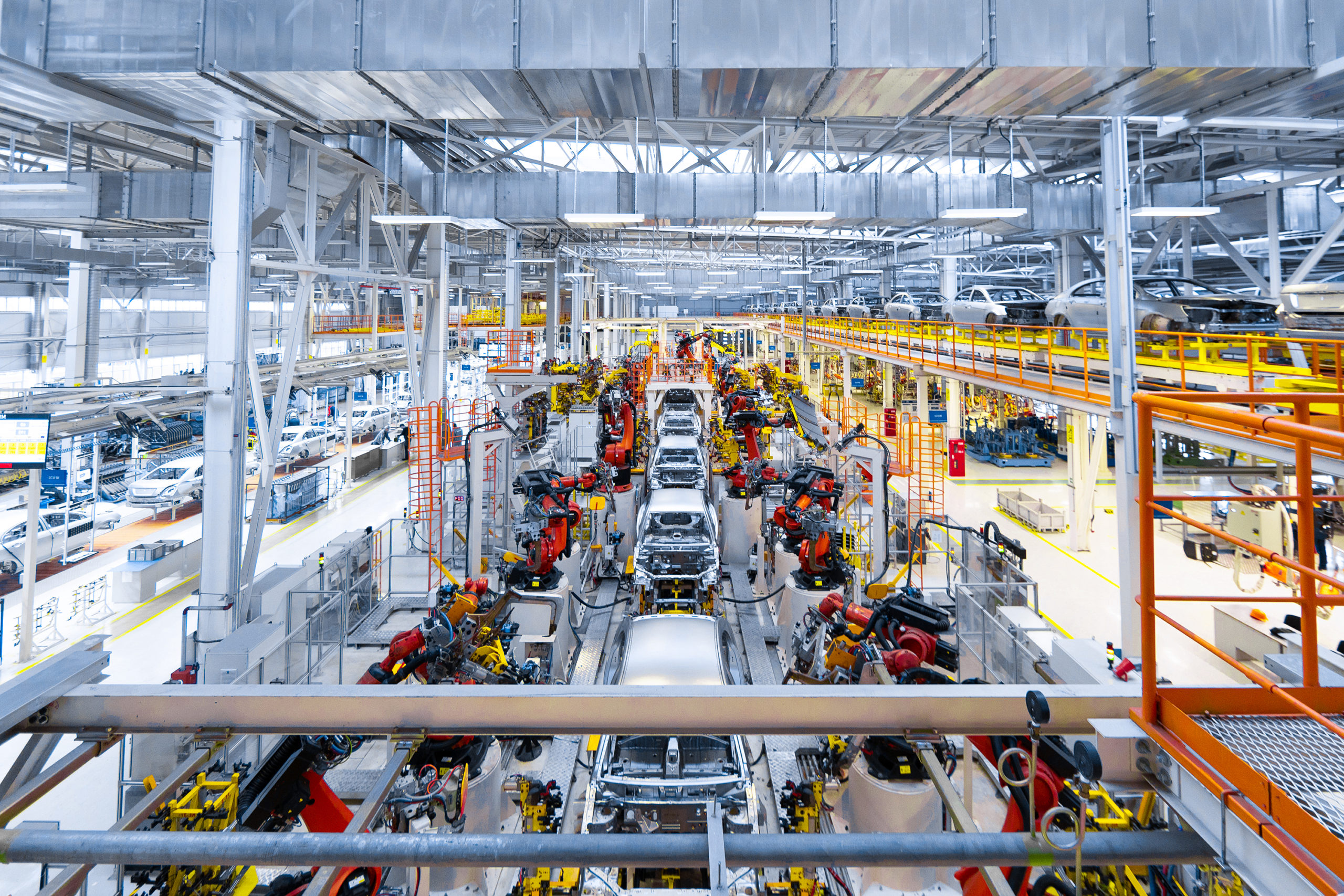 Some automakers, including Ford and Hyundai, have made COVID-19 vaccines available at their worksites. So far, however, there have been no plans to make vaccination mandatory, as companies are well aware of public resistance. Should the pandemic worsen, several insiders said on background that the industry could revisit a cautious approach.

Ford has taken what could be the first step, said spokesperson Kelli Felker. The carmaker “will now require U.S. employees to be fully vaccinated for COVID-19 prior to any international business travel due to the potential of increased exposure to COVID-19. Ford continues to strongly encourage all team members who are medically able to be vaccinated.”

As a group, automakers insist they have gone the extra step to prevent COVID-19 infections, pointing to the protocols put in place industry-wide after plants reopened in spring 2020. Tesla, for one, specifically blamed employees’ risky behavior outside the workplace for rising infections.

“Most of the positive cases resulted from an individual living with or traveling with someone with COVID-19 and have returned to work after recovering from home. To beat this pandemic, we must all remember what we do off work impacts what we do at work,” Laurie Shelby, the vice president of environment, health and safety, said in an e-mail sent to employees on July 15.

Automakers are hoping to head off a new round of closures, whether due to new government orders or surging infection rates that leave plants unable to operate.