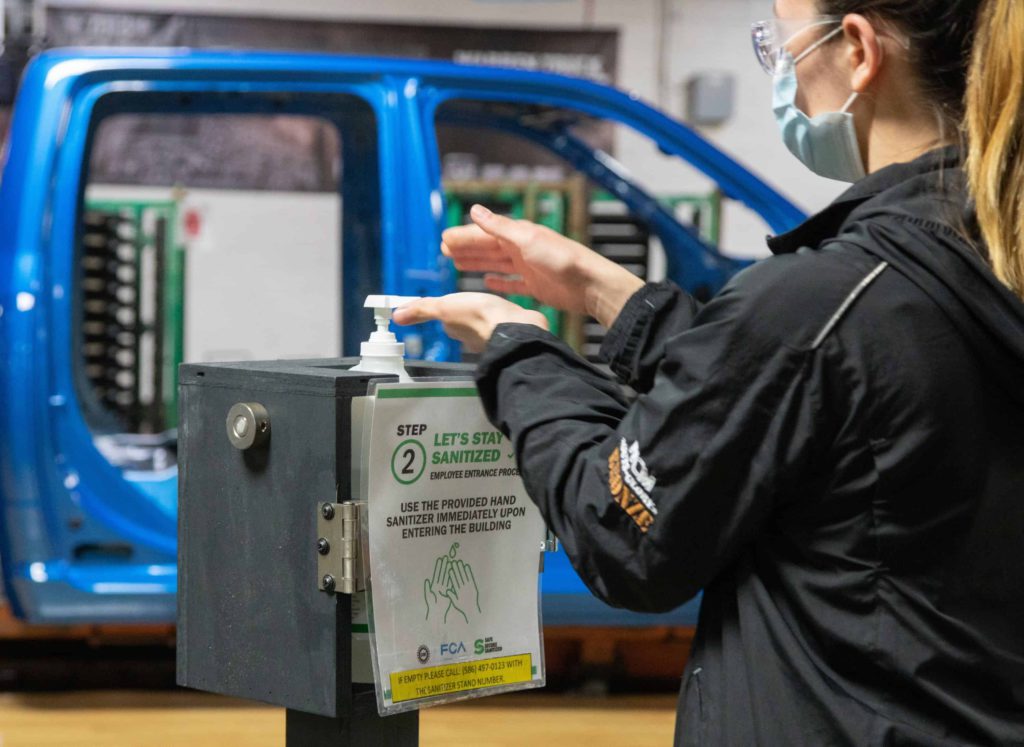 An employee at the Warren (Michigan) Truck Assembly Plant uses one of dozens of hand sanitizer stations located across the production floor. FCA has implemented a comprehensive program of enhanced safety measures to protect employees from the spread and transmission of COVID-19 as the plants reopen. These measures include the mandatory wearing of face masks and safety glasses, as well as newly installed protective barriers to protect employees as they work on the line.

Nearly five months into the coronavirus sweeping America, the nation’s auto industry is in astonishingly good shape. While U.S. automakers and dealerships certainly took a hit early in the pandemic, its impact has not even been close to that of the Great Recession of 2007-2009.

U.S. auto production is expected to be around 13.5 million vehicles in 2020. That compares to around 16.5 million units last year. Not bad, considering that many American auto plants shut down for weeks when COVID-19 first hit. Additionally, the pandemic arrived during a multi-year run of record U.S. auto production volumes. So, even with the related downturn, the industry remains robust.

In the early stages of the COVID-19 pandemic, Michigan, the traditional heartland of America’s auto industry, had unusually strict coronavirus restrictions. But that wasn’t what shuttered its plants. Because Michigan’s governor Gretchen Whimer had deemed the state’s auto industry to be an essential service, which could remain operational. Instead, it was employee fears that closed down car production, according to Wybo.

“UAW [United Auto Workers labor union] officials were very, very concerned early on when the virus was very unknown,” he explained. “There were some walkouts at plants, there were some altercations, and it got very ugly in the union. And management agreed: it’s time to shut it down.”

But while this meant that shipments of new vehicles to dealerships were suspended, the dealerships themselves remained open. And automakers started highly incentivizing vehicles, with reduced purchase prices and extended financing options. They launched advertizing campaigns highlighting socially-distanced doorstep delivery and the disinfecting of all new cars. So, although assembly plants were idle, a trickle of sales continued.

But there was nonetheless pain, albeit mostly temporary, for the American auto industry. In late March, Ford announced that its top 300 executives would defer 20-50 percent of their salaries. At around the same time, General Motors (GM) told around 69,000 of its salaried employees worldwide that it would be cutting their salaries by 20 percent. By early April, most major automakers were announcing the furloughing of thousands of U.S. workers due to drastically reduced demand for cars. 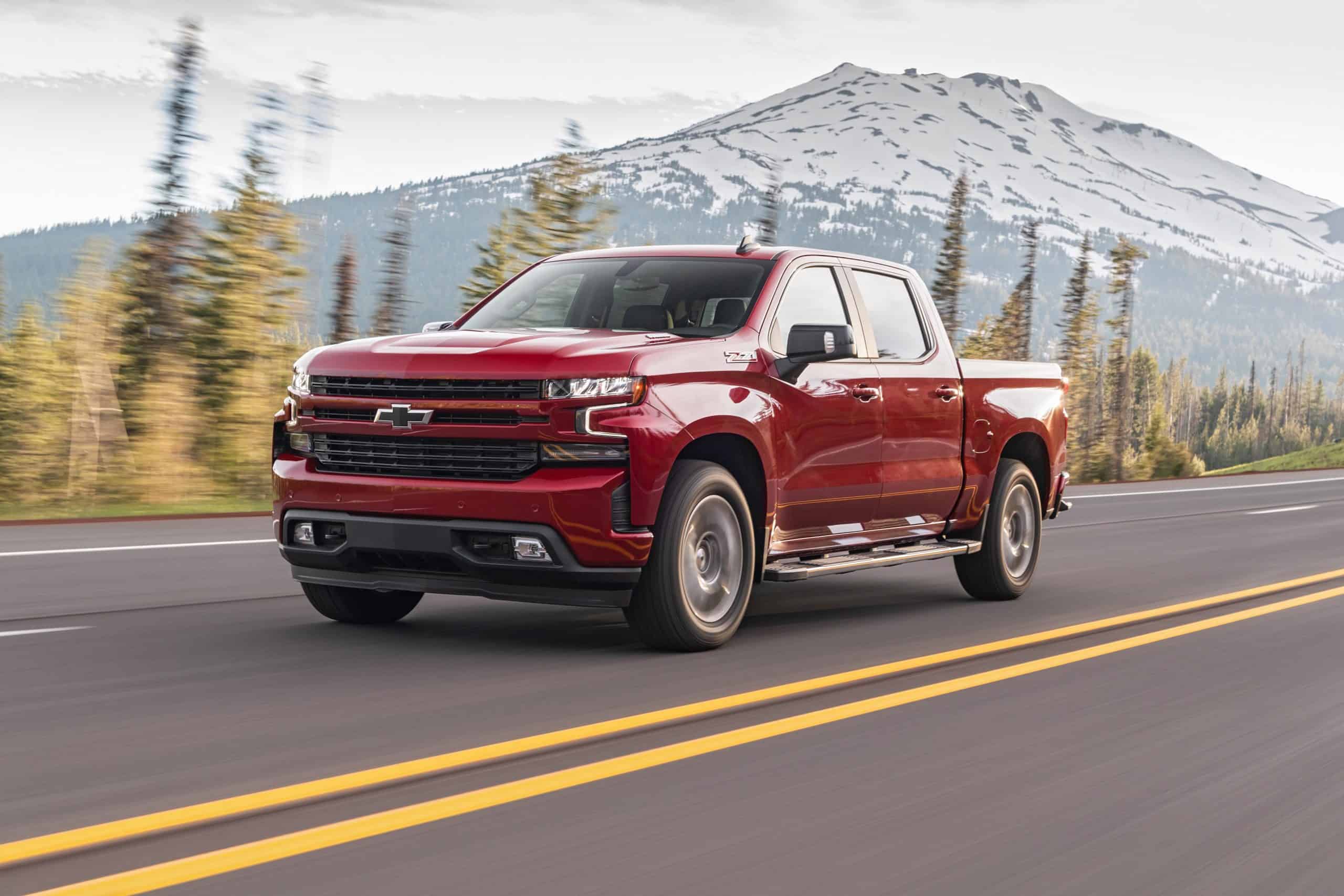 Since American auto production resumed after its initial pandemic shutdown, it has bounced back with a vengeance. This surprised many observers.

“Production since the restart, which happened about two months ago now, has been very, very strong,” Wybo revealed, speaking at the end of July. “I’m working with a dozen or so auto suppliers at the moment [and] their production levels are at 90-ish percent of pre-pandemic volumes. So very, very robust.”

With the U.S. auto industry previously producing around 1.5 million units per month, the COVID-19 shutdown cost them around 4 million vehicles in lost production. Yet overall 2020 production is expected to be only around 3 million units fewer than that of 2019. So American automakers are already making up lost ground.

“If you’re a supplier to a truck or an SUV, especially GM’s Silverado – what they call the T1 line, which is the Silverado, the Yukon, Suburban, the Escalade; the big truck platform –, they’re running 24/7 right now,” said Wybo.

He said that production of Ford’s F150, Escape and Explorer models, plus that of Jeep’s Wrangler and Grand Cherokee SUVs are also already running very well again.

“The high-volume pickups and SUVs that the domestic three [automakers] have sold in the U.S. for a long, long time are doing very, very well,” Wybo continued. “They’ve snapped back very well.”

Wybo gives American automakers considerable credit for their handling of the resumption of production in the midst of a pandemic.

“The safety in the facilities has been very good. I think the industry did a phenomenal job very early on producing what they called these ‘COVID playbooks’,” he said, pointing out that major automotive industry supplier Lear lead the way by publishing its extremely detailed, interactive Safe Work Playbook back in April.

“[They’ve] proven that they can get their people back to work safely, and build these cars safely,” said Wybo. “So that’s been a very, very good thing.” 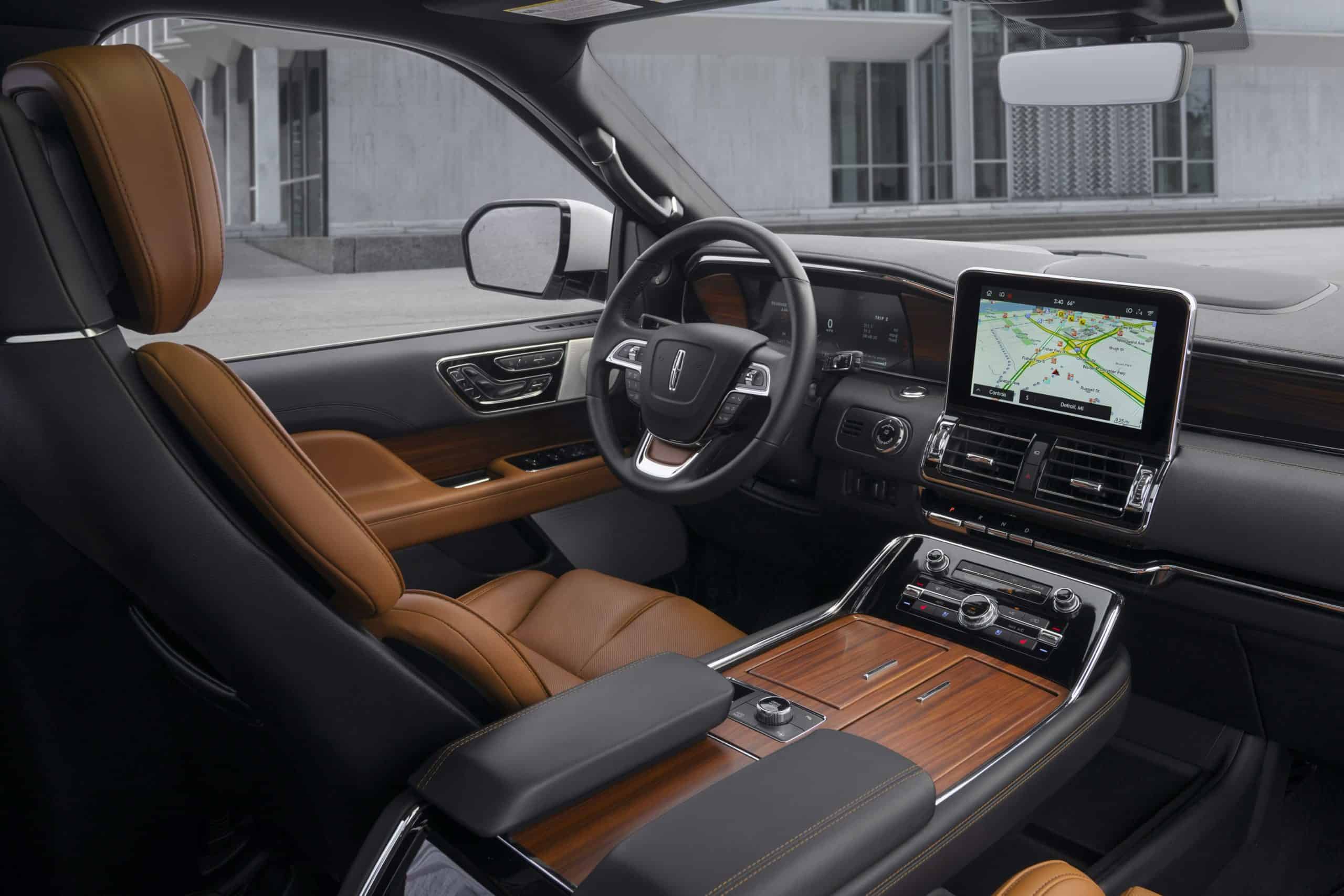 The auto industry’s revived production numbers would be meaningless without buyers for all those vehicles. But demand for new cars in America has seen an incredible revival since the early days of the pandemic.

One reason for this is what Wybo dubs a marketplace “sugar rush.” That is, a surge in demand from drivers who’d been planning to buy a new vehicle right when COVID-19 hit and then had to postpone that purchase due to lockdowns or fear of visiting dealerships. When conditions eased up, many of these consumers rushed to make their delayed purchase.

“I’ve been to a dealership recently and it was crowded with people,” said Wybo. “They’re protecting with the masks, and sanitize a lot, but people are back in dealerships. So I think there is a little bit of that … pent-up demand.”

But macro-economic conditions have probably played a larger part in the current high demand for new vehicles. The NASDAQ Index is at an all-time high. Peoples’ 401Ks are at all-time highs. Home values have soared, while interest rates are extremely low.

The revitalized COVID car sales numbers also relate to the nature of the demographic that’s buying the SUV and pickup trucks that form the backbone of U.S. auto production, Wybo explained. Many of these vehicles are priced at least in the $50,000-$70,000 range. Prices for a new Cadillac Escalade or Lincoln Navigator start at over $75,000 and can run into six figures for a heavily-optioned model.

“If you’re buying an SUV or a pickup truck, a new one, you’re probably at least a middle class if not upper-middle-class person,” said Wybo. “These aren’t people that, you know, work at entry-level jobs, or lost their job in a movie theater or salon or a restaurant.”

Most of the consumers who’re in the market for these vehicles are in jobs that do not involve interacting with the public. Their jobs are safe in the long term, and in the short term many have been able to telecommute. So, while these people are worried about COVID-19 and grieving for those directly impacted, their personal economic outlook is good. Factoring in ultra-low interest rates and automaker incentives now is actually an unusually good time to purchase a new vehicle. 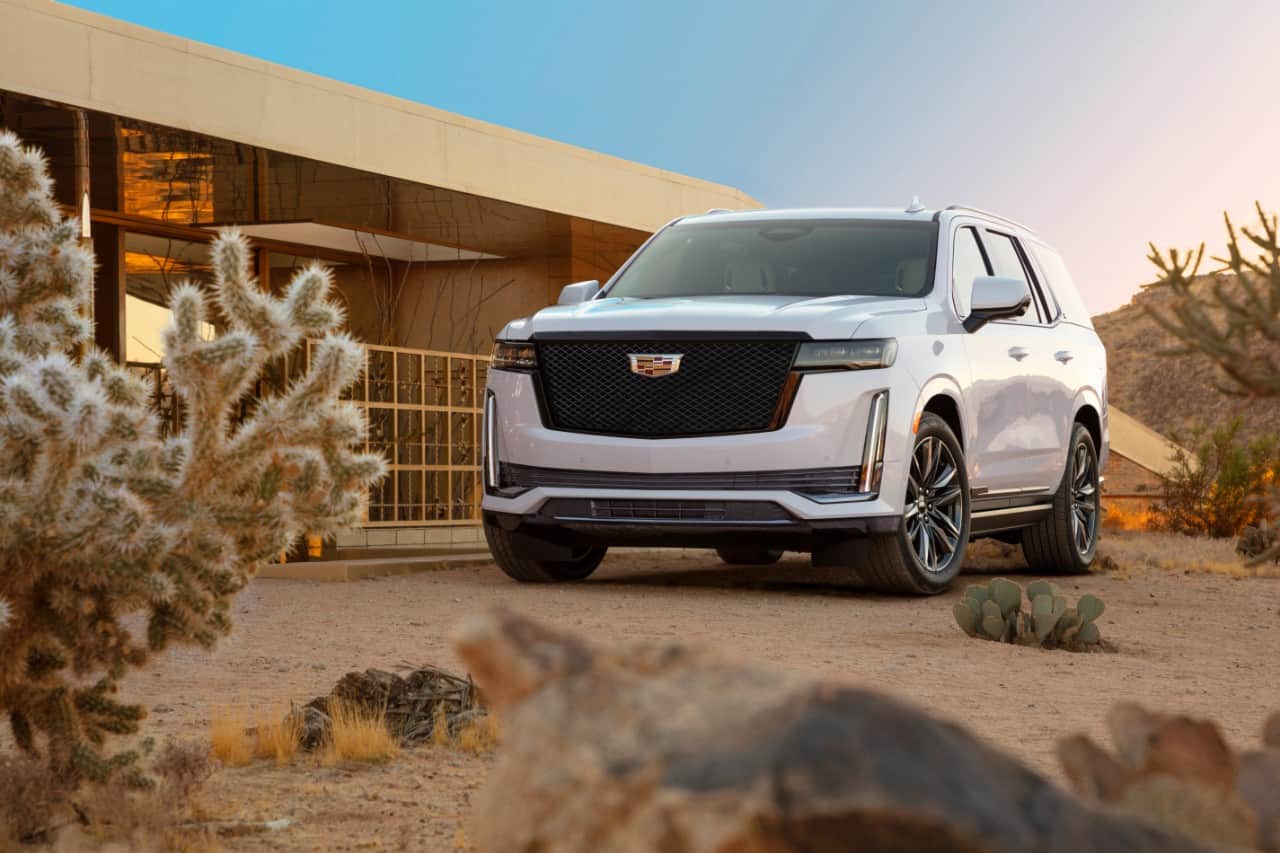 The Future Of Car Sales During Coronavirus

“We’ve had a five- or six-year run of record [auto production] volumes in North America,” said Wybo. “It was bound to slow down. Nobody predicted, of course, it would be caused by a global pandemic. But everyone was saying it’s gonna slow down. You can’t continue to have year-over-year 16 and a half to 17 million units.”

Following the Great Recession, the U.S. auto industry at first recovered slowly. But by 2013 it was running strong and had continued to do so until COVID-19 took effect. U.S. auto sales topped 17 million units for a fifth straight year in 2019, according to the National Automobile Dealers Association (NADA).

The coronavirus was not foreseen, but its impact has not hurt the U.S. auto industry as much as many commentators predicted based on its early weeks of factory shutdowns and deserted dealerships.

“Most experts are saying we’ll do about 13.5 [million units] this year … somewhere in that range. Next year, around 14,” offered Wybo. “Well, setting aside the pandemic, if we went from 16 and a half to 14 and a half people would say, okay, that’s a correction. But, you know, still a decent year. It’s not a horrible year.”

By comparison, during the 2008-2009 global economic crisis, U.S. auto production plummeted from around 16.5 million units to more like 9 million. GM and Chrysler both filed for bankruptcy in 2009. They, along with Ford, received an $80-billion bailout from the U.S. government. We’re seeing nothing so dramatic or devastating due to the coronavirus pandemic.

“There will be some distress … But it’s not a massive, massive correction in the industry where it’s going to cause huge distress,” Wybo concluded. “[U.S. automakers] will still make money, and it’s not like you’re going to see mass lay-offs and you’re going to see companies shutting down left and right, and bankruptcies, like we’re seeing in retail right now.”

It may well take a few years for the American auto industry to fully recover to its pre-pandemic production volumes, as many headlines have suggested. But if in the meantime it’s still producing, as forecasters predict, 14 or 15 million vehicles per year, that’s still a very healthy industry.

So, does all this mean you should buy a car now? Well, if you feel your job is safe (and/or you need an excuse for shiny new wheels), then absolutely yes!

“I would say now is as good a time as any to buy a vehicle,” Wybo confirmed. “It’s probably not going to get any cheaper in the future.”