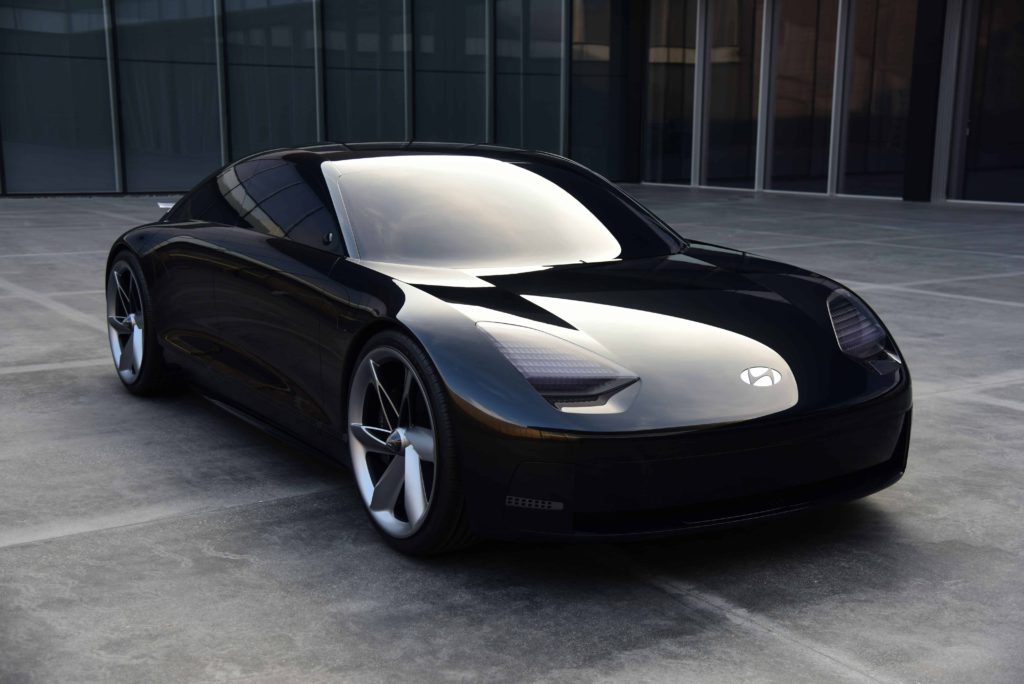 Let’s have a look at this latest Hyundai concept car, as well as a few that have come before it. 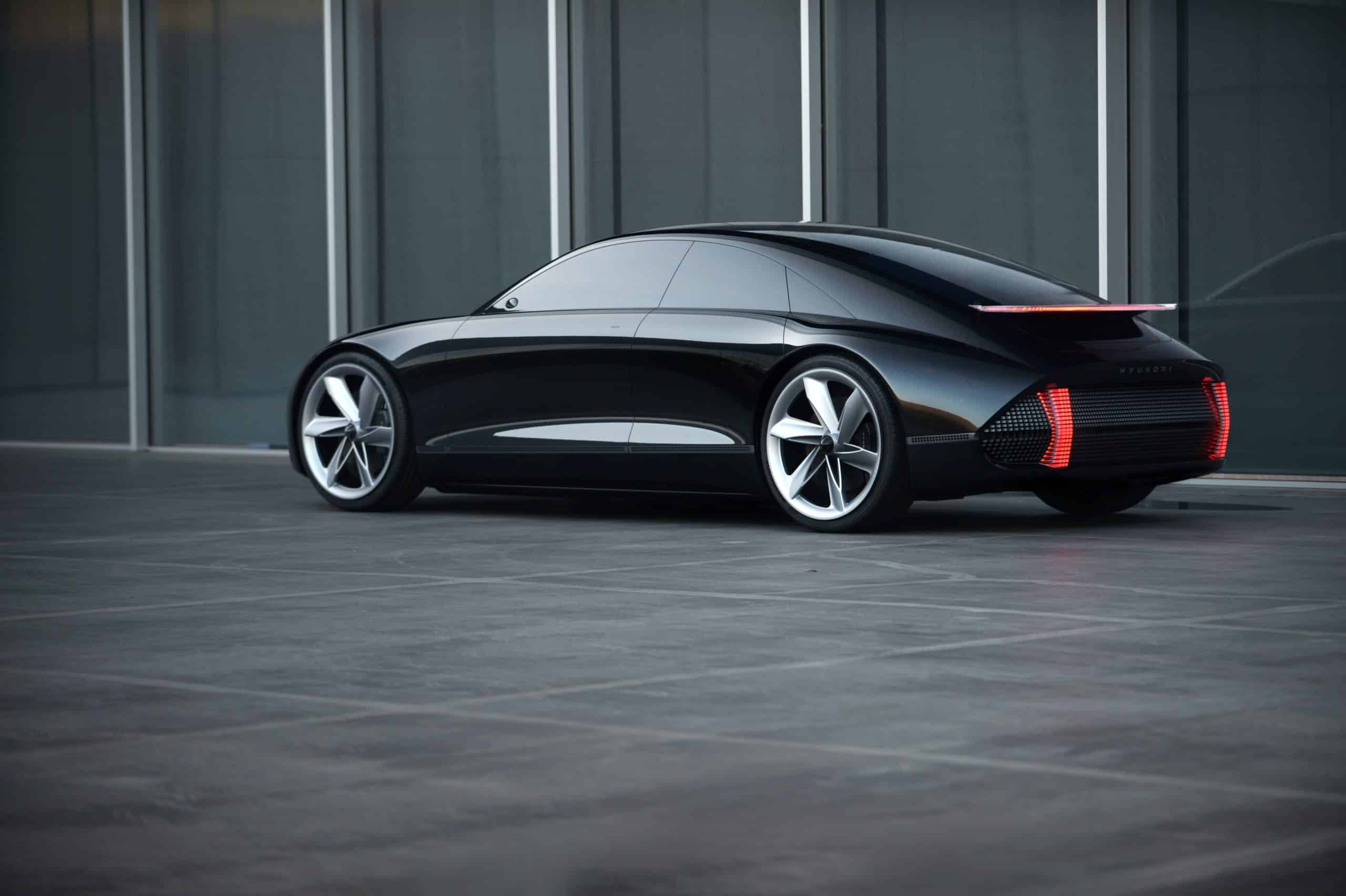 March 2020 was the debut of the Hyundai Prophecy concept car. The fully-electric concept stands in sharp contrast to its predecessor, the Hyundai 45 concept car. Where the 45 car is all sharp angles, Prophecy is all smooth curves and flowing lines. Hyundai is calling this design language “Sensuous Sportiness.”

This new design identity is a “marriage between aesthetic harmony and aerodynamics.” Hyundai was trying to make the Prophecy look like a perfectly-weathered stone while giving a nod to the luxury cars of the 1920s and 1930s. Modern exterior elements like the pixelated lighting elements and aerodynamic wheels give the car a futuristic feel.

The Hyundai Prophecy concept car is also said to have an “intuitive driver interface, zero-emissions powertrain, and unique air filtration system.” These things combine to provide passengers with a relaxing environment while protecting the environment.

At the 2019 AutoMobility LA show Hyundai revealed the Vision T plug-in hybrid SUV concept vehicle. The idea with this “urban adventurer” SUV design was to use Hyundai’s Sensuous Sportiness design ethos to create a sense of speed and motion to the vehicle.  The Long sloping hood, flat roof, and short overhangs at each end of the vehicle convey motion. The crisp lines and aggressive fenders convey athletism. 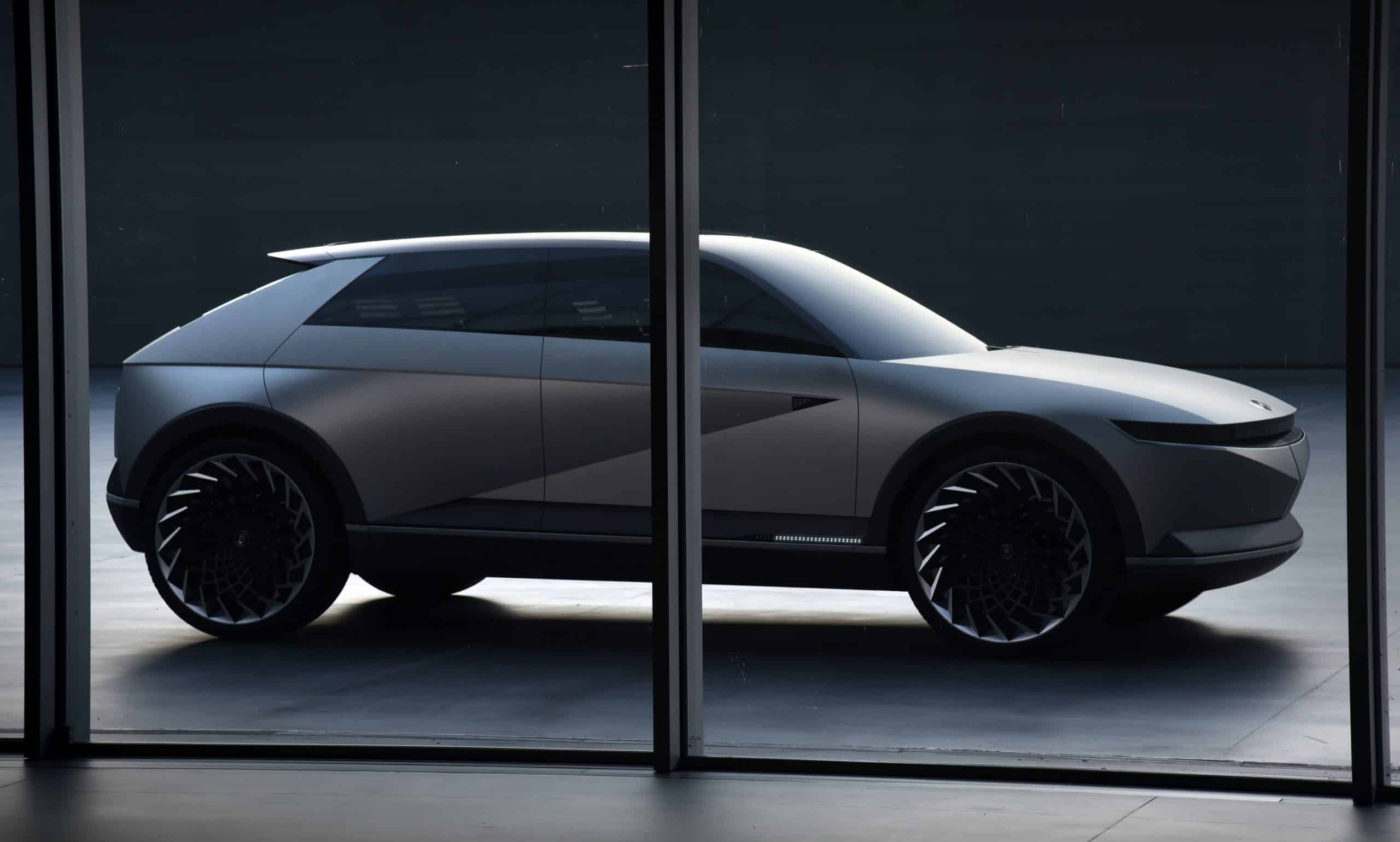 We first got to lay eyes on the Hyundai 45 concept SUV at the 2019 Frankfurt International Motor Show. This concept is a modern interpretation of the 1974 Hyundai Pony coupe concept car, from 45-years ago. The aircraft of the 1920’s inspired the 45’s monocoque body and aerodynamic lightweight design. The “45” name also comes from the 45-degree angles at the front and rear of the cabin. This concept was designed to introduce a new era at Hyundai, of  “design focused on electrification, autonomous technologies, and intelligent design.” 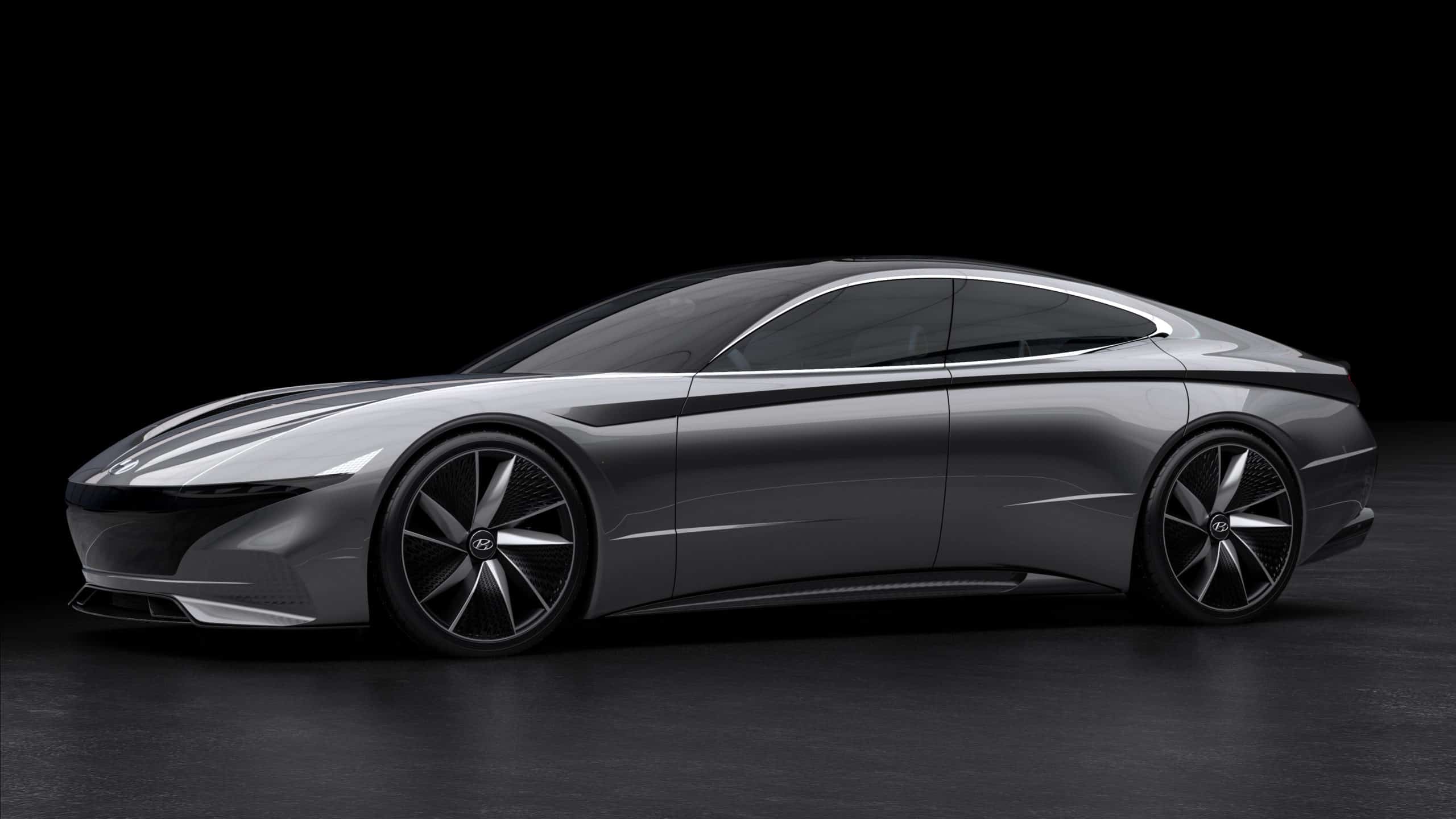 Arguably one of the most beautiful Hyundai concept cars of all time, the Le Fil Rouge was introduced at the 2018 Paris Motor Show. The Pony coupe concept from 1974 also greatly influenced this dynamic and fast looking fastback Hyundai concept car. The long wheelbase, short overhangs, big wheels, and low stance give this car an instant presence. You can see design elements from the Le Fil Rouge concept in both the 8th-generation Sonata and 7th-generation Elantra. 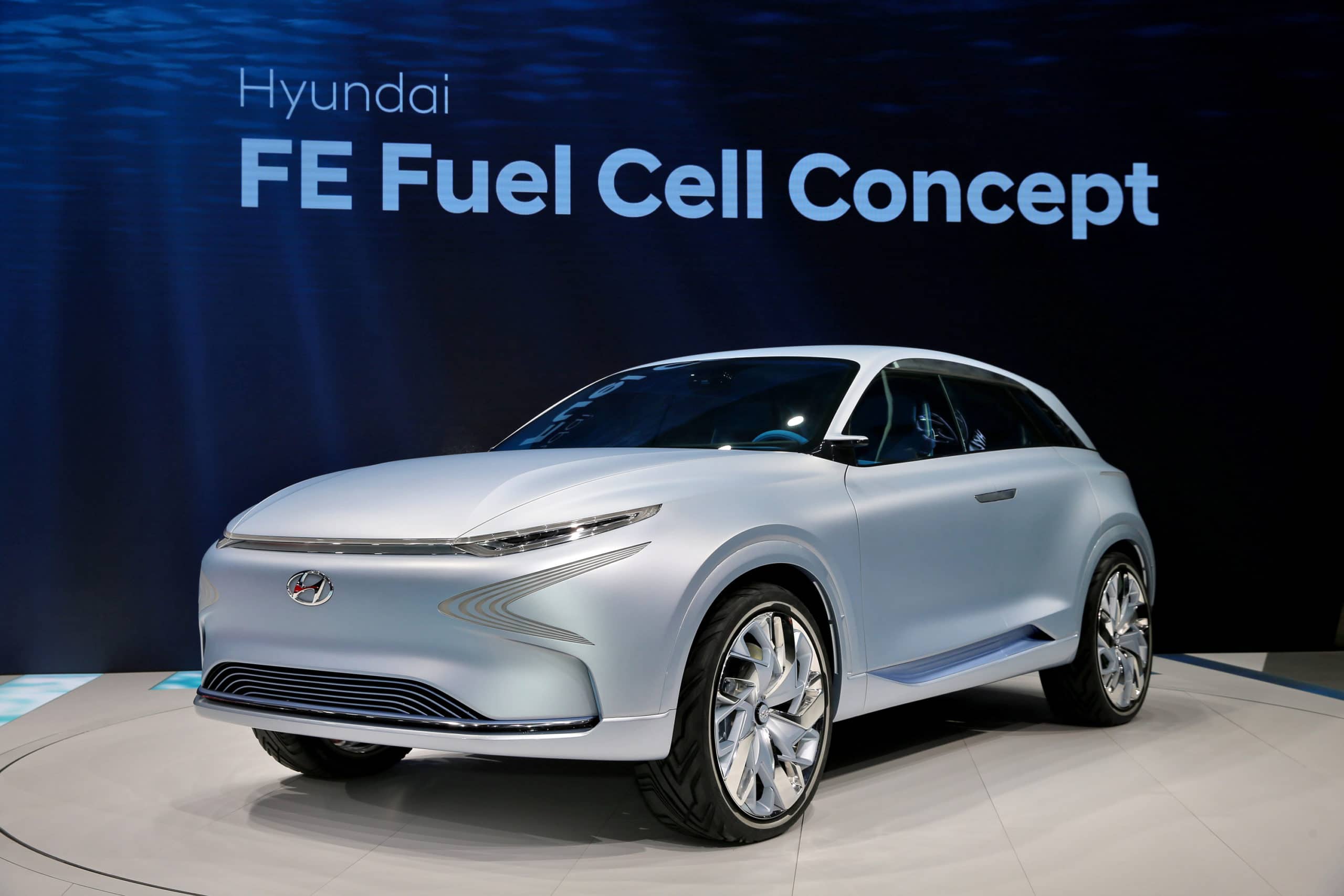 Hyundai reaffirmed its commitment to fuel cell vehicle development with the debut of the FE Fuel Cell Concept vehicle at the 2017 Geneva Motor Show. The design ethos here was minimal and clean, in order to create a calm design inspired by nature.  The NEXO fuel-cell production SUV was unveiled a few months later and inherited many of the design features of this concept. 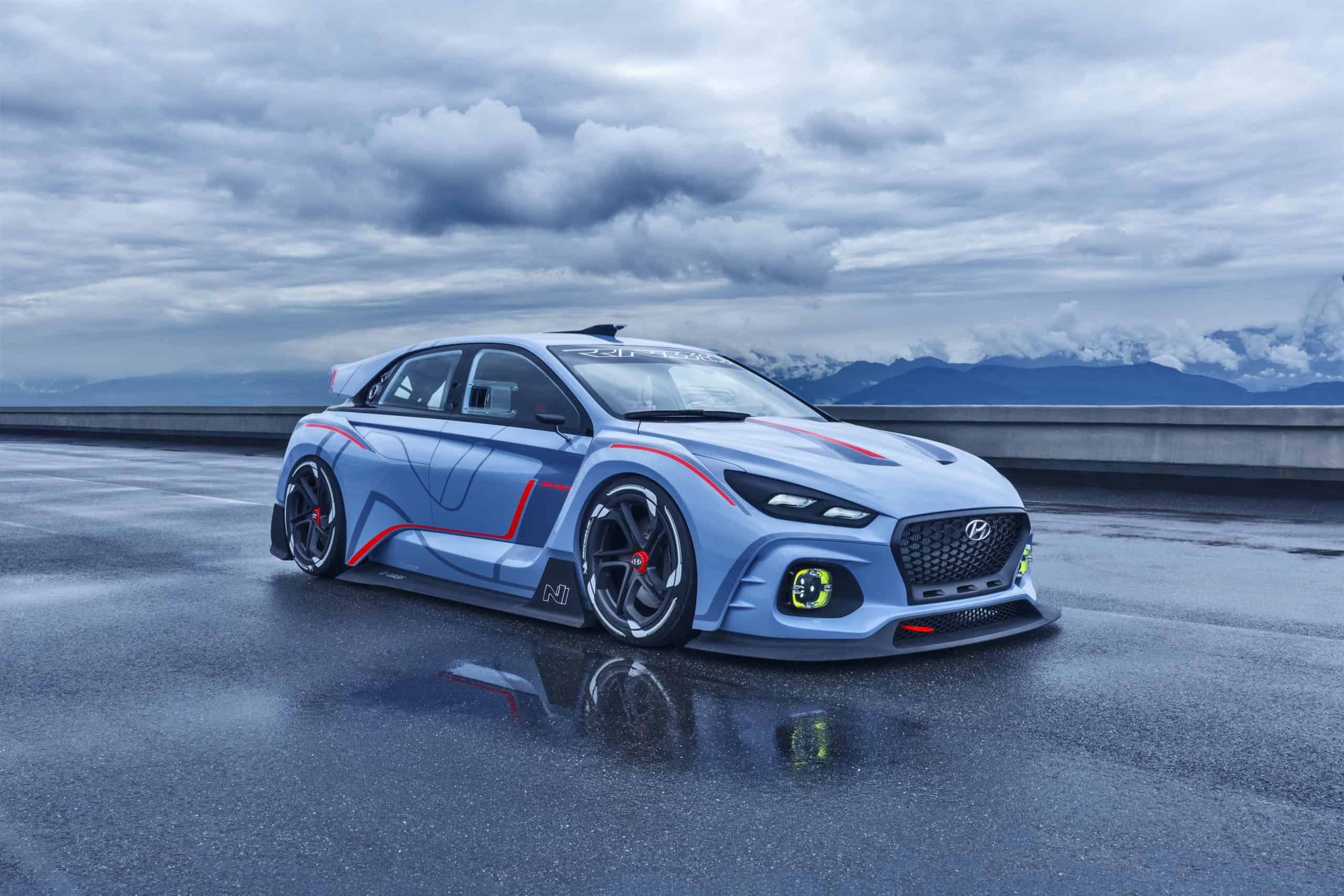 Hyundai isn’t just about SUVs and sedans, but also about sporty driving performance. The Hyundai RN30 racing concept debuted at the 2016 Paris Motor Show. The RN30 concept car was based on the Hyundai i30 hatchback and included some crazy aggressive aerodynamic upgrades and high-tech racing technologies. Many of the concept car’s features made their way into the i30 N and i30 N TCR production cars.

The RN30 was praised for combining an aerodynamic design alongside specialized high-performance technologies, as well as the promise of thrilling high-speed driving. 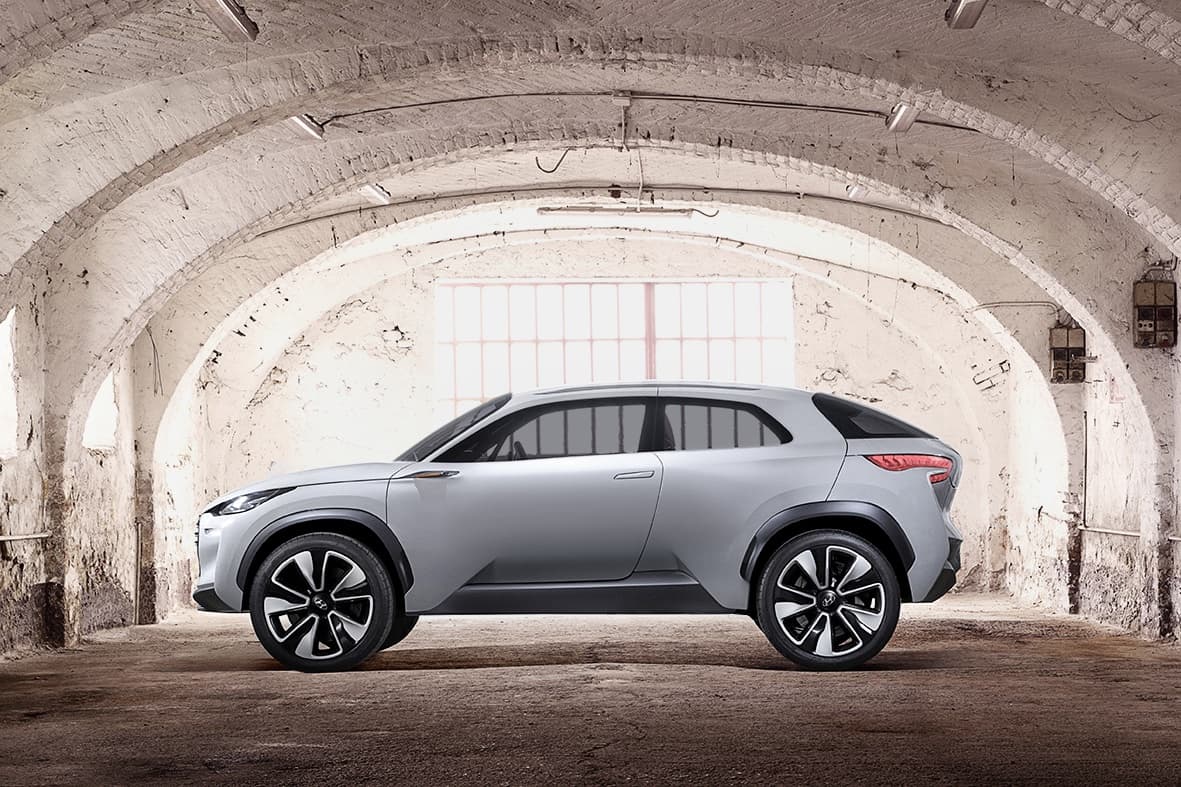 Unveiled at the 2014 Geneva Motor Show, the Hyundai Intrado concept vehicle was named after the underside of an aircraft’s wing. Aerodynamic efficiency created the distinctive shape of this two-door SUV. The Intrado concept greatly influenced the design of the Hyundai Kona. The Kona was Hyundai’s first subcompact SUV and introduced in 2017. 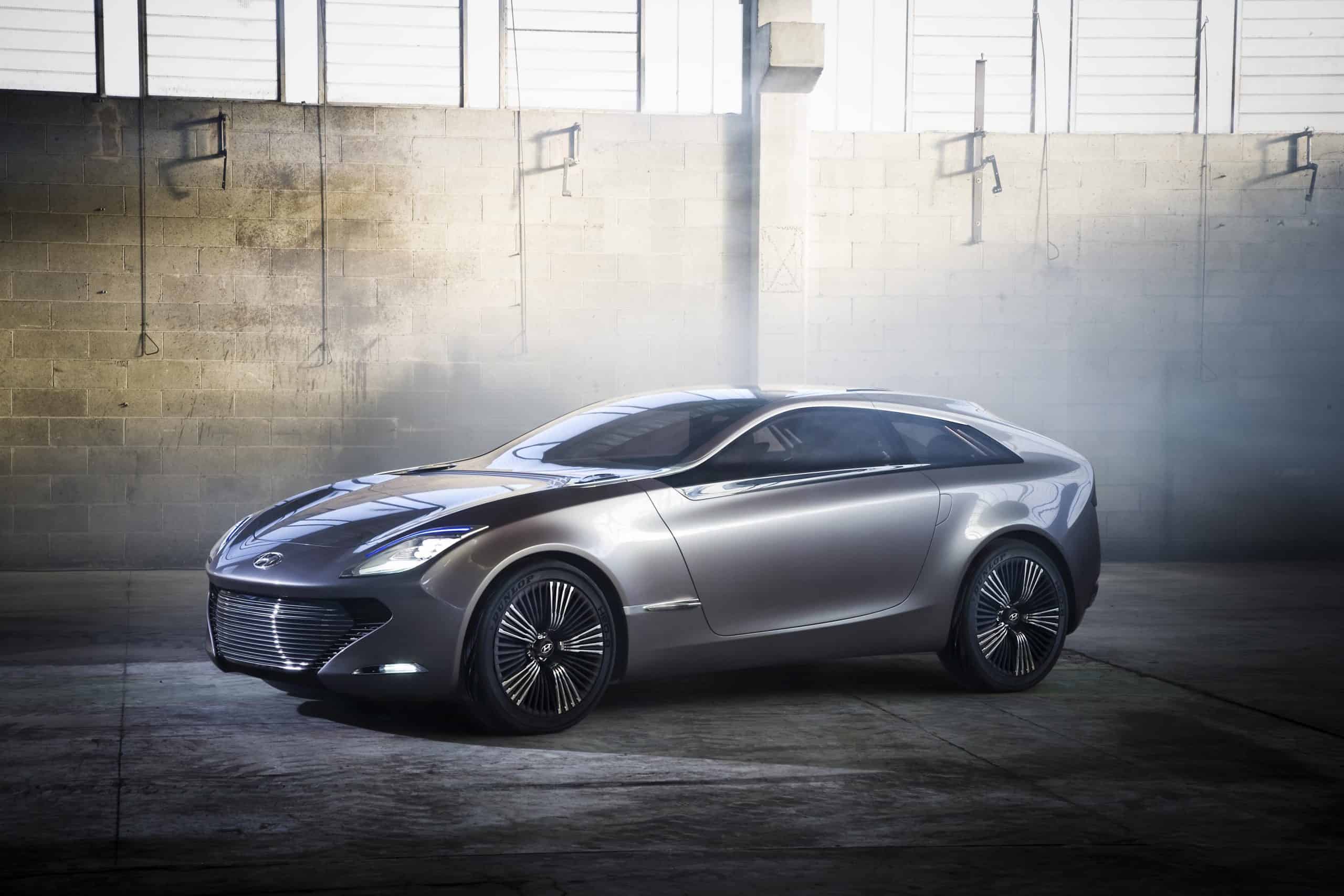 We first saw the Hyundai i-oniq concept at the 2012 Geneva Motor Show. It is an electric sport hatchback, with a range-extending gas engine. This was the first Hyundai to feature the company’s signature Cascading Grille design.

The i-oniq concept was the forefather to the Hyundai IONIQ production car. The IONIQ launched in 2016 as the world’s first car, a sport hatchback, with three electrified powertrains. Hybrid, plug-in hybrid or fully-electric powertrains are on offer in the IONIQ.

Which of these amazing Hyundai concept cars would you want in your garage?