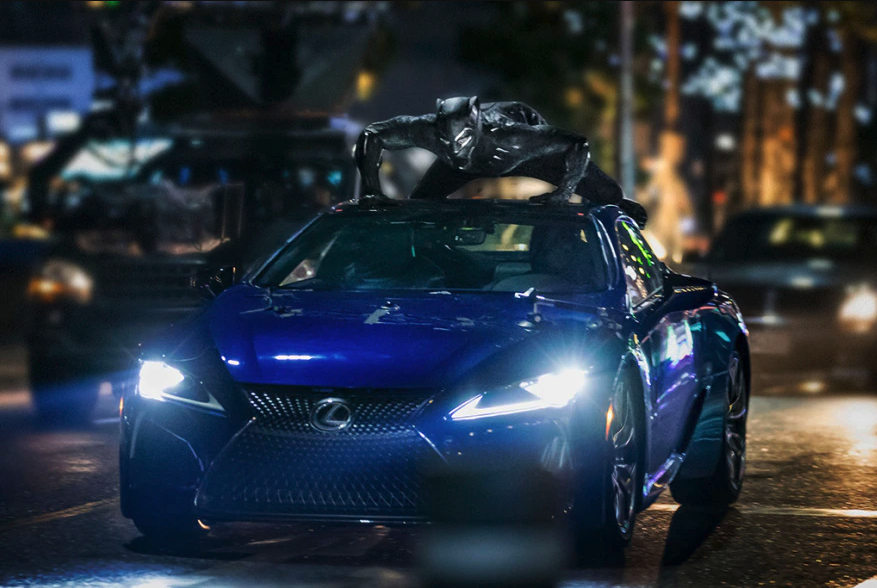 15 Marvel Cars Worth A Closer Look

Though the superheroes (and supervillains) are often the fan’s focal point for any new Marvel content, car enthusiasts might notice that some unique vehicles also pop up along with the heroes. As a nod to some of the cool, classic, iconic, and imaginative cars that have debuted on the big screen, we’ve compiled a list of the 15 best Marvel cars (and trucks) that can be found in the Marvel Cinematic Universe.

In the second Guardians of the Galaxy (GotG) film, GotG Vol 2, Kurt Russel plays Ego. Ego is a Celestial, basically, a God-God who has the power to create life, whereas Thor is a God who is named such due to his strength and powers compared to humans. Ego is also the father to Peter “Star Lord” Quill. In GotG Vol 2, Ego drives in this unique Mustang with Quill’s mother, Meredith Quill, in Missouri in 1980.

Surprisingly, for a film series based on comic books, this vehicle is the only “made-up” one on the list. In “Captain America: The First Avenger,” Steve Rogers’ adversary is the Head of Hydra, Johann Schmidt aka the Red Skull. Schmidt/Red Skull drives a unique villain mobile that has no name. This vehicle gives off similar vibes to the Nautilus car from”The League of Extraordinary Gentlemen.”

The awesome car chase in the “Black Panther” is perhaps one of the best in the Marvel Cinematic Universe. King T’Challa—aka the Black Panther—, Okoye, and Nakia are in hot pursuit of villain Ulysses Klaue and his henchmen. Notably, Klaue and his group tear up the pavement in a fleet of tastefully modified Toyota 4Runner SR5s. Spoiler alert: these off-road 4Runners don’t make it out of the chase unscathed.

You can have some of the coolest superpowers in the world and still not be the best driver. In “Spider Man: Homecoming,” Peter Parker, aka everyone’s favorite neighborhood Spider-Man, commandeers the school bully’s (really the bully’s dad’s) Audi TTS Roadster. He gets that bully back for every jab as he completely wrecks the Audi while attempting to get to the movie’s main villain.

We’ve already mentioned the car chase in “Black Panther.” Well, one of the cars chasing the baddies in the Toyota 4Runners was quite eye-catching. King T’Challa, in pursuit of Ulysses Klaue, ended up car surfing on a vehicle remotely driven by his sister, Shuri, from all the way back in Wakanda. That car, with its futuristic tech and sleek looks, was a beautiful Lexus LC 500.

Perhaps one of the most iconic quotes in the Marvel Cinematic Universe, “On your left” comes from a scene in “Captain America: The Winter Soldier” when Steve Rogers, aka Captain America, continuously laps Sam Wilson, aka the Falcon. As Wilson is resting against a tree and chatting with Rogers, Natasha Romanoff, aka Black Widow, pulls up to the curb in a Chevrolet Corvette Stingray C7 to pick up Rogers. As she pulls up, she blips the throttle giving the V8 a nice rev, and even seems to do a slight burnout when pulling away.

Long before any Iron Man suits, Tony Stark’s father, Howard Stark, was innovating technology during the time of Captain America. During a scene in “Captain America: The First Avenger,” Howard Stark displays a modified 1941 Cadillac Series 62. This early prototype featured the technology that helped stabilize flight which Tony Stark would later use in his Iron Man suits. After all, who needs wheels when you have a Cadillac Series 62 that can fly.

In “Ant-Man and the Wasp,” Scott Lang’s, aka Ant-Man, friend Luis needs to transport a remote to make the portable lab grow back to normal size. He locates a Hot Wheels case filled with cars — and selects a memorable one. Cut to the next scene, and the now-full-size Hot Wheels car, which is a crazy modified Hyundai Veloster, is full size and ready for an action-packed chased scene as Luis flees from the bad guys.

What good is it to own a race team if you don’t drive your own race car? That is exactly what Tony Stark, aka Iron Man, was thinking in “Iron Man 2.” In the film, he fires his driver in pit lane and hops behind the wheel of a 1978 Wolf WR1 Ford Replica formula car. The car later gets sliced in half by the film’s villain Ivan Vanko, aka Whiplash, at which point Stark dramatically puts on his Iron Man suit to save the day.

If there is one vehicle in the Marvel Cinematic Universe that has saved half the galaxy, it’s this 1972 Ford Econoline van. It started life as Scott Lang’s, aka Ant-Man, daily driver and transforms into his work van for his X-Con business in the film “Ant-Man and the Wasp.” It later becomes the transport vehicle for the Quantum Tunnel at the end of the film. Not to end there, it also helps the Avengers test out time travel in “Avengers: Endgame.” It is old, retro, and has saved half the universe. What more can you ask for?

Tony Stark is one heck of an engineer, and he is also a pretty good mechanic. In the film that started the Marvel Cinematic Universe “Iron Man,” Stark is found in his garage working on a 1932 Ford Model B. In the film “Iron Man 2,” he also uses the driver’s seat of the Model B as a computer chair when digging up information on the film’s villain.

If there’s one Marvel character who is associated with a particular vehicle, it has to be Tony Stark and the Audi R8. Stark has driven various Audi R8s since his MCU debut in “Iron Man.” He even drives an e-Tron electric version of the R8 many films later in “Avengers: Age of Ultron.” Though Stark has an amazing car collection that we catch a glimpse of throughout the films, the Audi R8 in its various iterations was his go-to car. 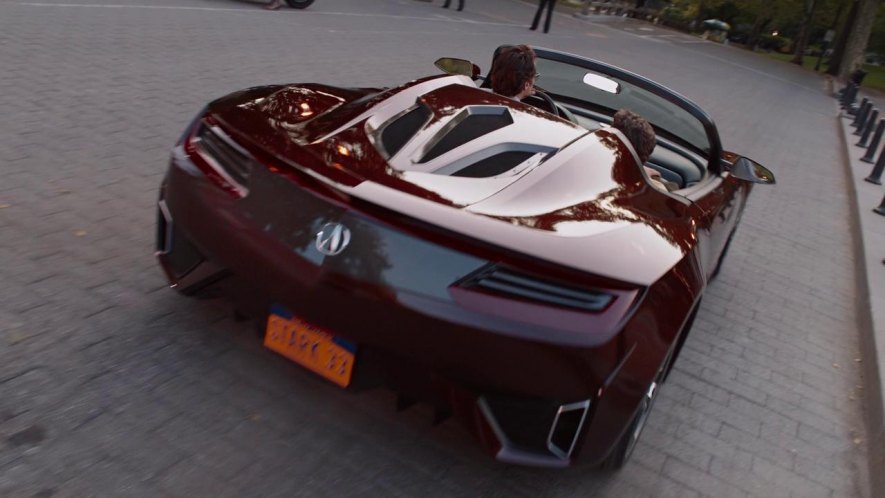 Acura vehicles had been popping up in the Marvel Cinematic Universe as SHIELD support vehicles initially, but at the end of “The Avengers,” fans got a surprising look at the future. At the end of the film, Tony Stark drives away with Bruce Banner, aka the Hulk, in a 2012 Acura NSX Roadster concept car — a full four years before it was officially released. Even then, the vehicle looked pretty darn close to the production model, a cool way to tease new model release as any.

“Captain Marvel” is ripe with 90s nostalgia. I mean, Carol Danvers, aka Captain Marvel, crash lands in a freaking Blockbuster Video after all. Later in the film, Danvers and Nick Fury drive around in a cool ride that everyone wanted in the 90s — a Chevy Impala SS.

This vehicle holds a special place on our list as it hit the God of Thunder and kept on rolling. In the “Thor,” Jane Foster’s intern Darcy Lewis hits Thor with their off-road capable rig — a tastefully modified 1971 Steyr-Puch Pinzgauer 710 K that apparently is as tough as nails.

The Marvel Universe is a Car Enthusiast’s Gold Mine

We could have showcased even more awesome cars from the Marvel Cinematic Universe that might catch a car enthusiast’s eye. Maybe you noticed the Ferrari F430 Scuderia in the background as Clint Barton, aka Hawkeye/Ronin, slays a few bad guys in “Avengers: Endgame” or the off-road modified Mercedes-Benz Sprinter van in “Ant-Man and the Wasp.” If you keep your eyes peeled, there are so many cars to spot in the foreground and the background of the films. It’s a trend we hope to see continue as long the MCU exists.


The 8 Fastest And 20 Best Sounding 4 Cylinder Cars In The Wo...
The Four Wheeled Strangeness That is The Mustang Mustero
8 Underrated Collector Cars to Snap Up Right Now
You Wait for a Six-Door Jeep Wrangler, Then Two Come Along a...
12 Highest Horsepower Cars in the World
The French Influence: Mullin Automotive Museum