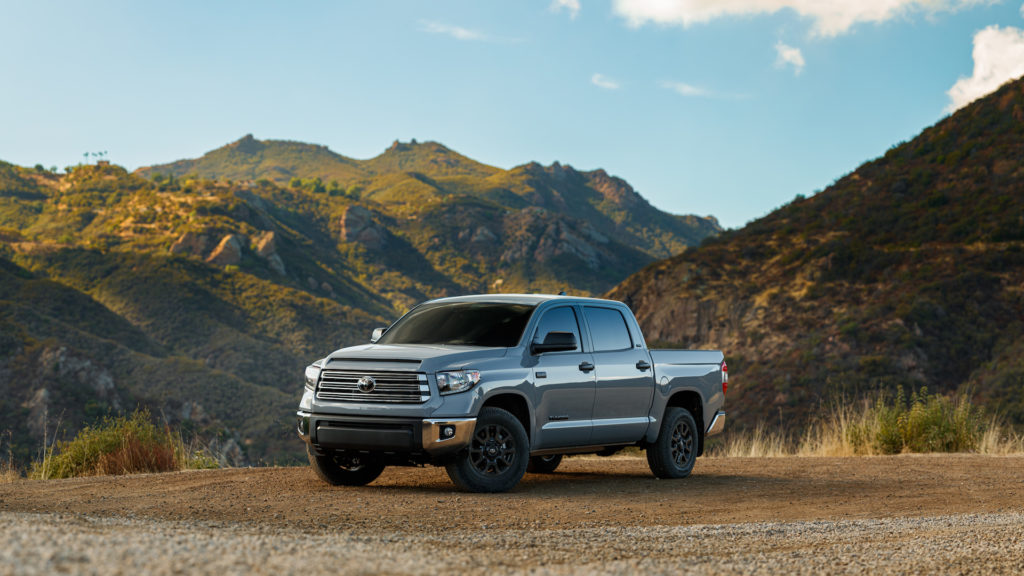 In my world, I’ve spent much of 2021 buried in a home-buying process that saw a few unwelcome surprises and an unplanned emergency renovation. At some point in the renovation process, probably around my 77th trip to Home Depot, I got a welcome surprise for a change, the time in my driveway when the 2021 Toyota Tundra showed up. Toyota claims that the Tundra is “build to take on every day,” which is exactly what I did, hauling and towing my way through the next week.

At this point, the original Tundra debuted nearly 15 years ago. The current generation of the Tundra is well past the point when auto critics start yelling about ancient features and antiquated drivetrains. And though we’re well into twilight years with this particular Toyota model, I don’t consider that a bad thing. Over the years, Toyota has refined the Tundra’s engine and transmission to the point that they’re nearly bulletproof, and the whole package just works. 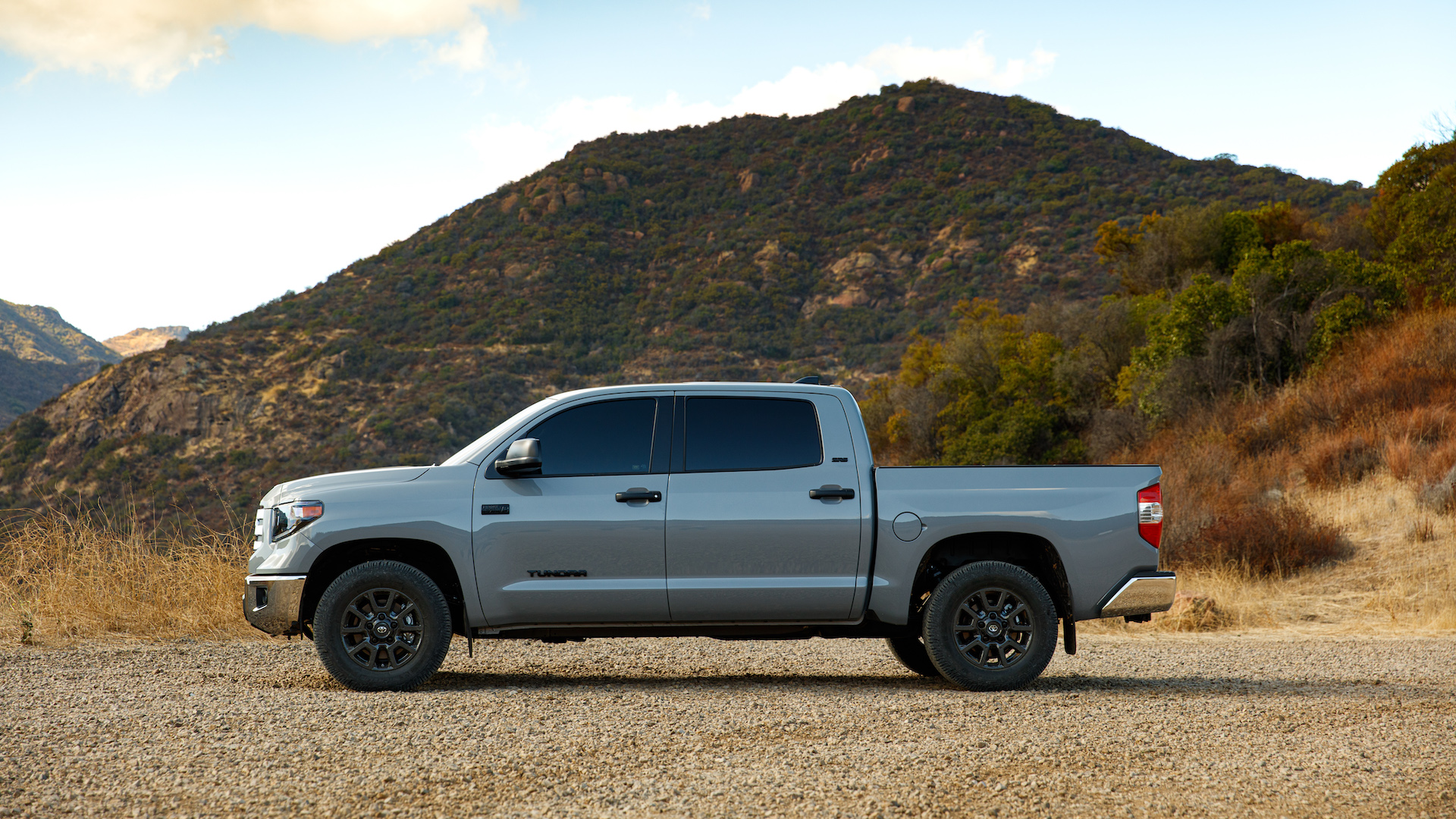 There’s something almost endearing about the Tundra’s simplicity. Sure, my test truck was the one-step-up-from-base SR5 model ($46,775 after options and $1,595 destination fee), but even in higher trims like the $54,795 TRD Pro which I test drove last year, the Tundra is not a complicated truck, inside or out.

It’s worth noting that where you fall on the endearment spectrum will depend on what you expect out of a pickup truck. If you want a luxurious daily driver with the latest tech and safety features, the Tundra can get you there, but only in its top 1794 Edition trim. And if you’re looking for innovative powertrains and fuel-saving features, you’ll be disappointed. If, on the other hand, you want a solid, capable truck that makes no bones about where it stands in the market, the Tundra’s your game. Here’s why.

An Uncomplicated But Solid Powertrain 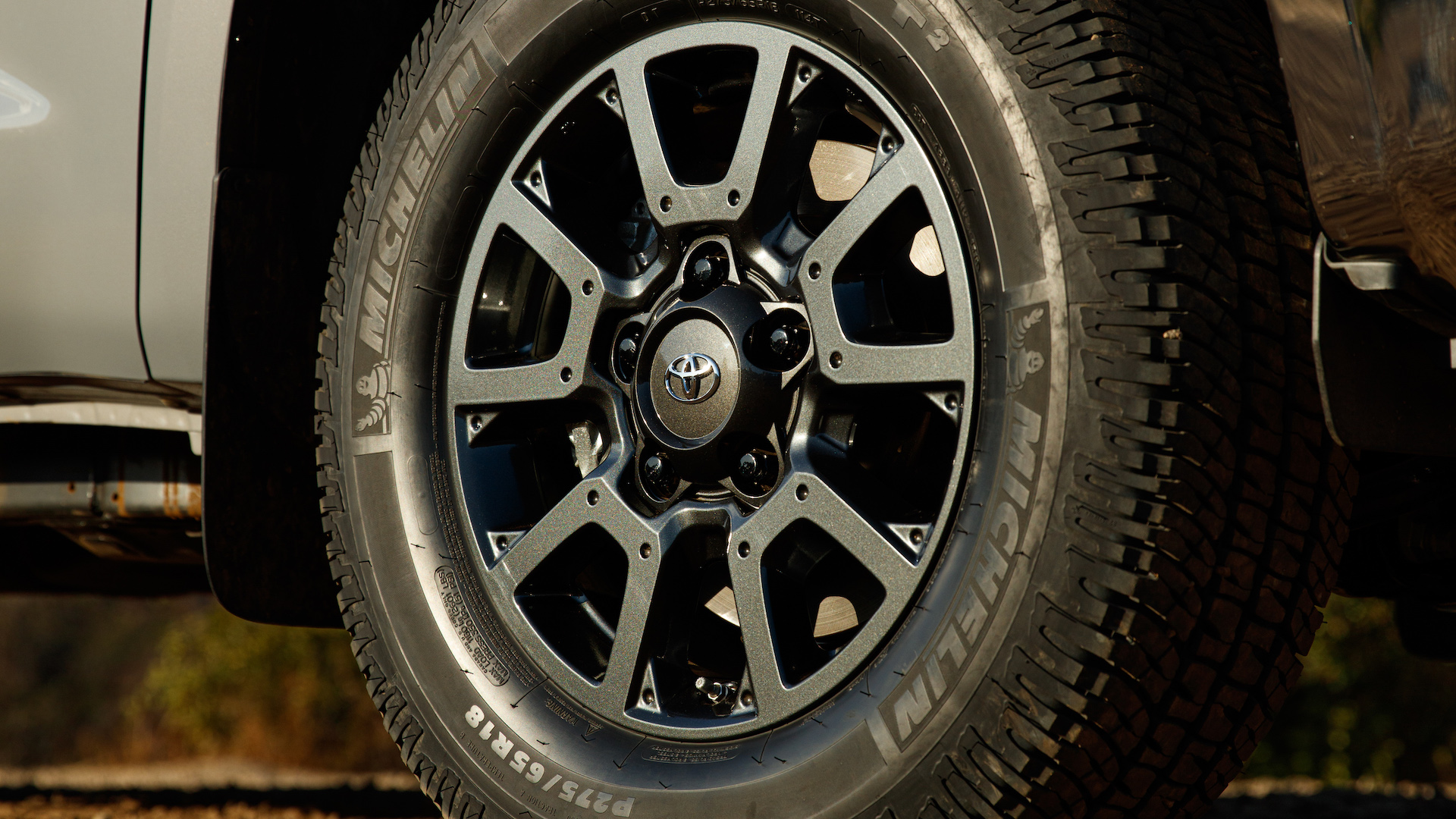 If you go shopping for a new pickup truck from one of the Big-Three brands — Ford, GM, or Ram (Stellantis) — you’ve got powertrain options galore. Each brand offers at least a few gas engines and a diesel, and Ford’s even branched out with a hybrid option for 2021.

You won’t find the same options with the Tundra. Here, it’s all V8, all the time. The 5.7-L unit under the Toyota’s hood produces 381 hp and 401 lb.-ft. of torque, which reaches either the rear or all four wheels through a 6-speed automatic transmission. Acceleration is strong and power delivery smooth, though the 6-speed could use a few additional intermediate gears to improve smoothness on the highway and fuel efficiency. The powertrain, though powerful, stays mostly muted in the background. When asked, the big V8 roars through the truck’s exhaust with a satisfying growl.

On the downside, the Tundra’s aging engineering becomes apparent in the ride quality. You will notice every imperfection on the road. Uneven roads give the truck’s suspension system fits, and you’ll notice plenty of vibrations and unwanted cabin noise. Though the ride isn’t awful, it’s certainly busier and less comfortable than the competition from Ford and Ram. The steering feel is light, almost to a fault, which makes for easy maneuvering in town but leads to more hand-holding of the truck’s lane position when driving on the highway. 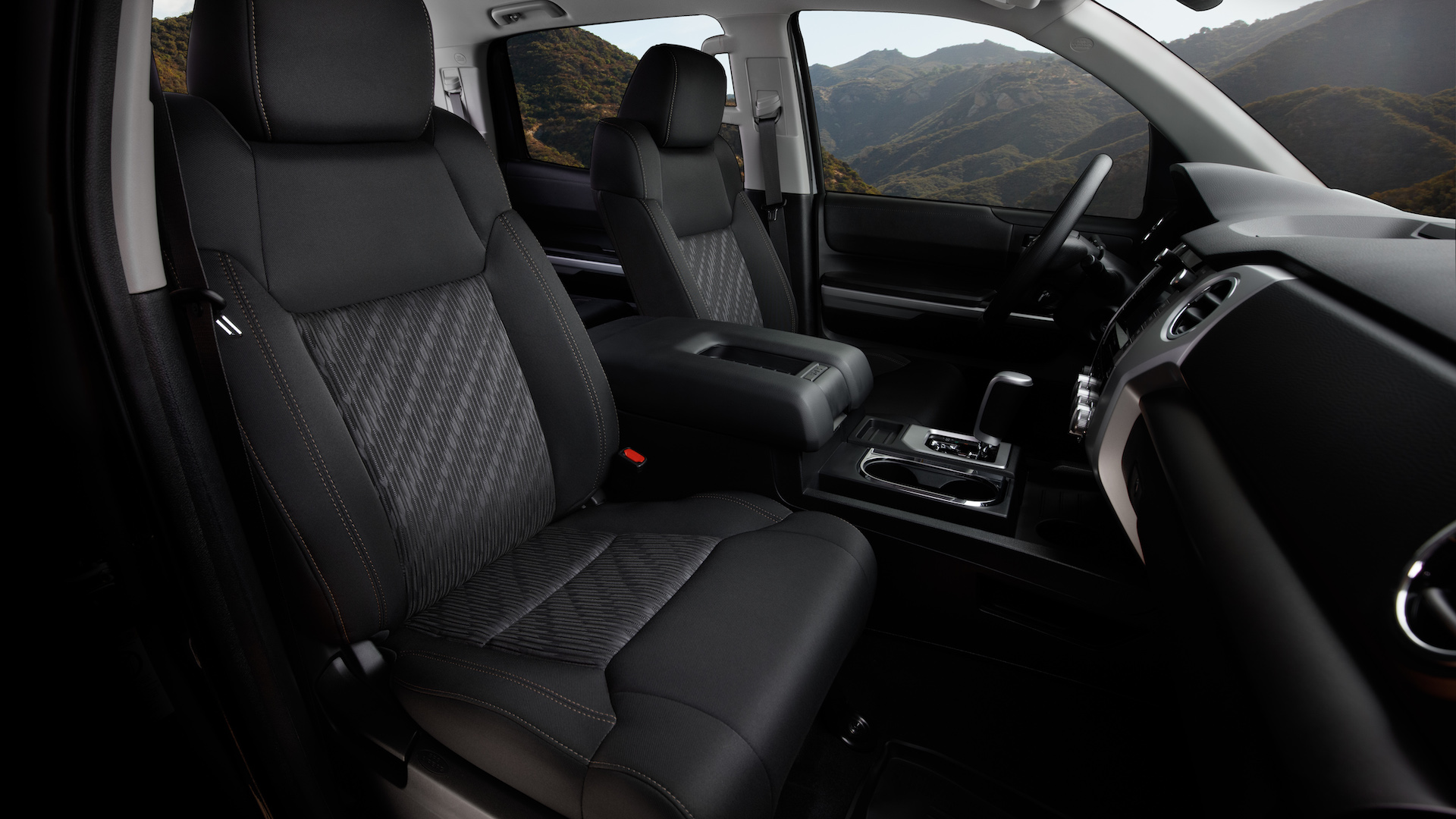 The $54,650 top-end 1794 Edition model is the high-water mark for Tundra luxury, with all other models falling short from there. The Tundra’s cab is spacious and quite comfortable, all things considered, but you should set your expectations accordingly for materials and finishes depending on the chosen trim package. As the almost-base model, the SR5 trim model that I test drove had cloth upholstery, which was soft and felt durable – both things that I’d consider a plus for a work-ready truck like the Tundra.

Models with the CrewMax cab have front legroom that measures 42.5 inches, which is more than enough for even tall adults to ride comfortably. The back seat offers up to 42.3 inches of legroom, which is at the top of the Tundra’s class. Four people can ride in the Tundra without issue, and five can squeeze in semi-comfortably.

The Tundra’s not bad at doing truck stuff, either. Its bed measures 50 inches between the wheel wells and 66.4 inches from side to side, and can span up to 97.6 inches in some configurations. Payload numbers can hit 1,730 pounds in 4×2 Double Cab trucks, while towing for that configuration tops out at 10,200 pounds – the most of any Tundra model. It’s important to remember, though, that payload is related to the trucks Gross Vehicle Weight Rating, GVWR, which includes fuel and fluids, gear, and your weight, along with that of any passengers. 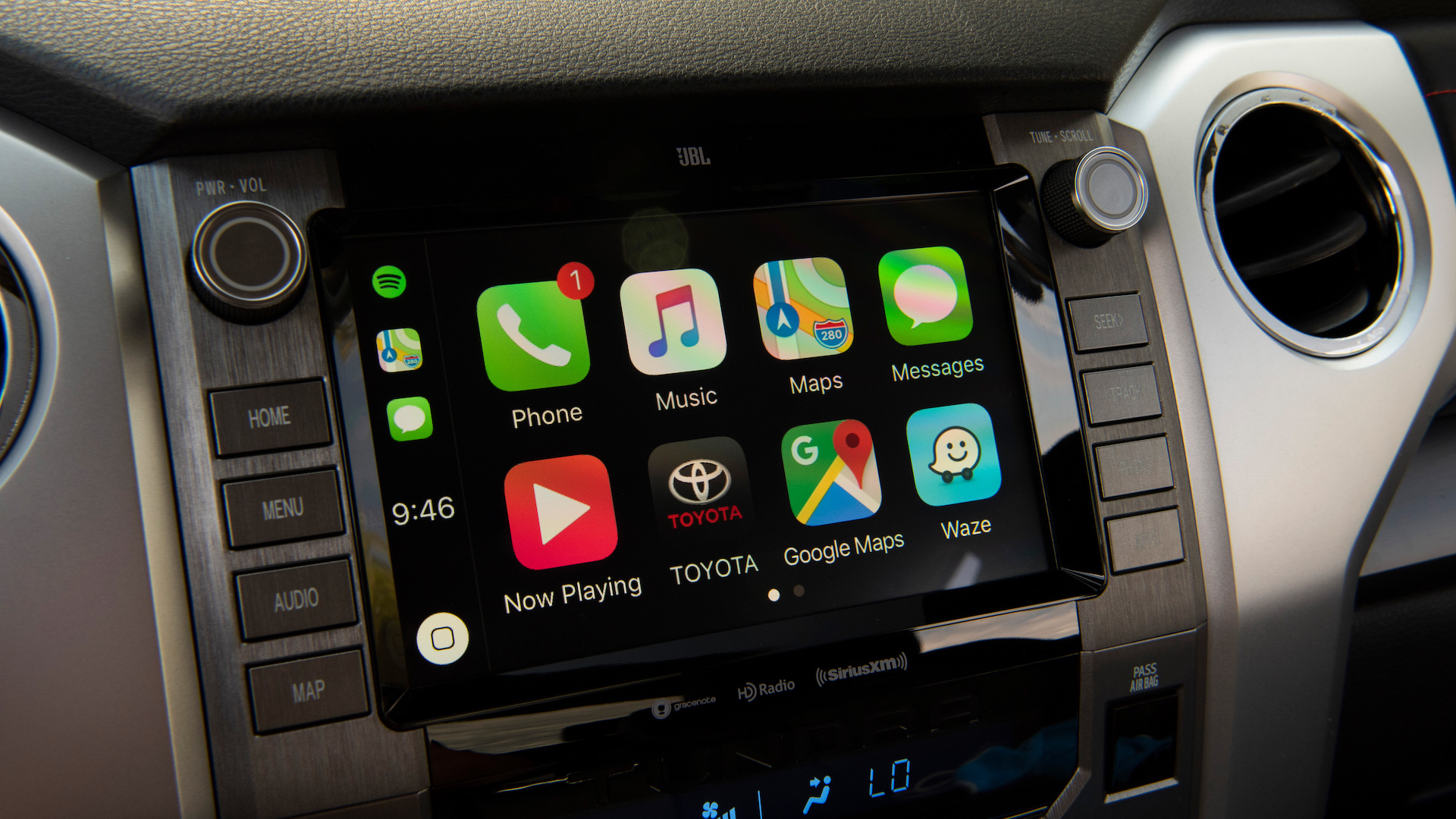 Toyota’s infotainment software has improved in recent years to the point of being, well, fine. It’s not as easy to use or as intuitive as Ford’s SYNC systems and certainly not on the level of the Uconnect software found in Ram’s pickups, but it gets the job done. The standard 7-inch touchscreen runs Apple CarPlay and Android Auto, and offers Amazon Alexa capabilities as well. My tester’s $4,010 TRD Off-Road package upgraded the system with an 8-inch touchscreen, navigation, and a 12-speaker sound system.

The Tundra starts off strong in the safety department but trails off quickly from there. Every model gets Toyota’s Safety Sense P system, which includes a pre-collision system with pedestrian detection, lane departure alerts, automatic high beam headlights, and radar cruise control. 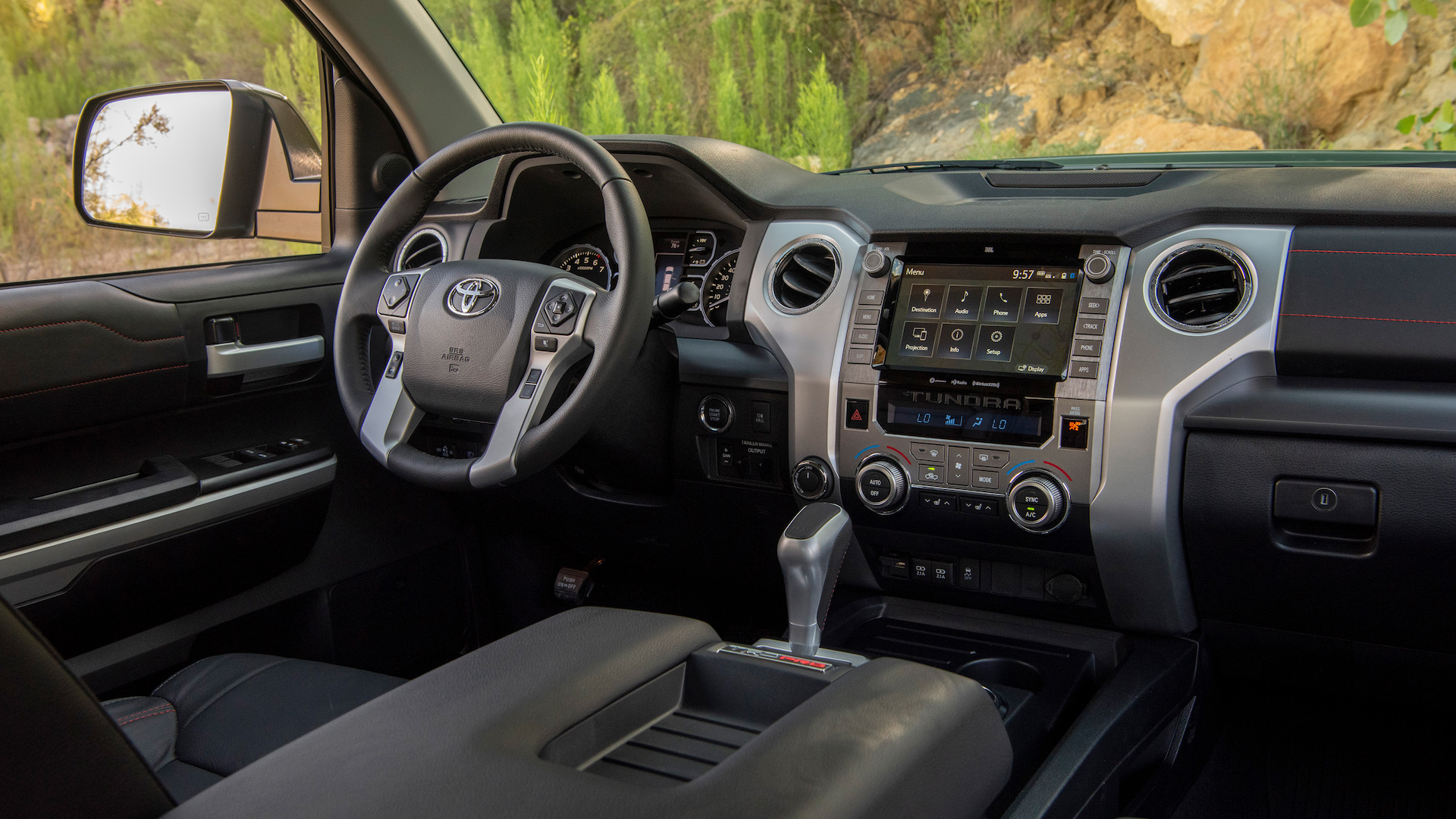 That all sounds great, but the CrewMax-cab Tundra’s crash test scores don’t tell the same story. In testing performed by the Insurance Institute for Highway Safety (IIHS), the truck earned a “Marginal” score in small overlap front driver-side testing, “Poor” in small overlap front passenger-side, and “Acceptable” in roof strength tests. It’s easy to write off pickup trucks in safety tests because they truly are all over the map with scoring, but there’s no excuse for these scores with today’s tech and material sciences. It’s worth noting that the extended cab models performed better in several categories.

What Does The Future Hold For The Tundra? 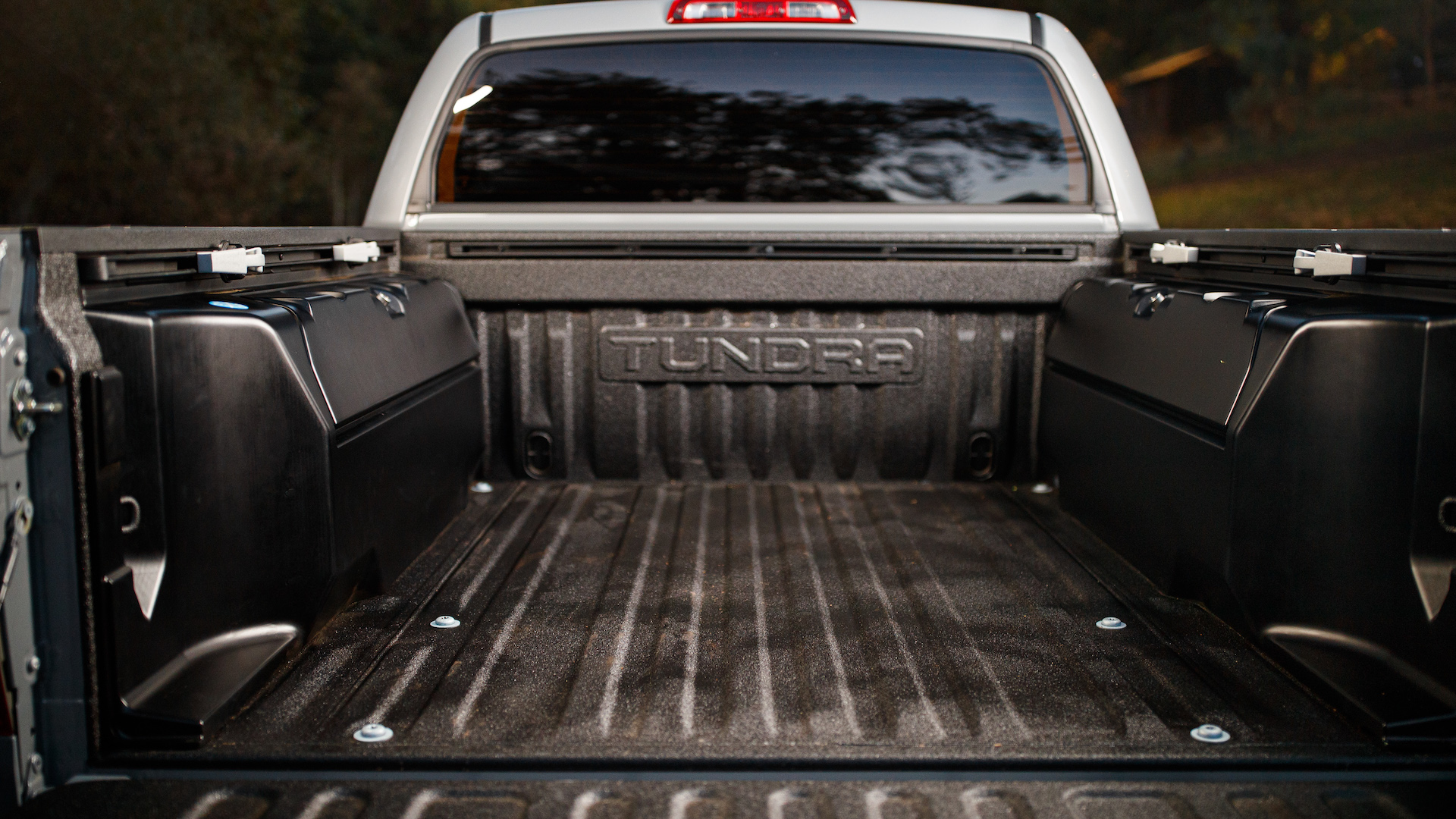 We should see a new and improved Tundra for the 2022 model year. The next-gen truck should ride on a new platform and will most likely get at least a couple of powertrain options. It may however remain relatively similar to its predecessor in terms of styling. Does that make the current Tundra obsolete? Maybe, but I’d argue that the 2021 Toyota Tundra still has its place in the market, especially in a world where so many trucks have moved into luxury car territory. The Toyota offers an alternative to all of that, with brute force and simplicity leading the way.