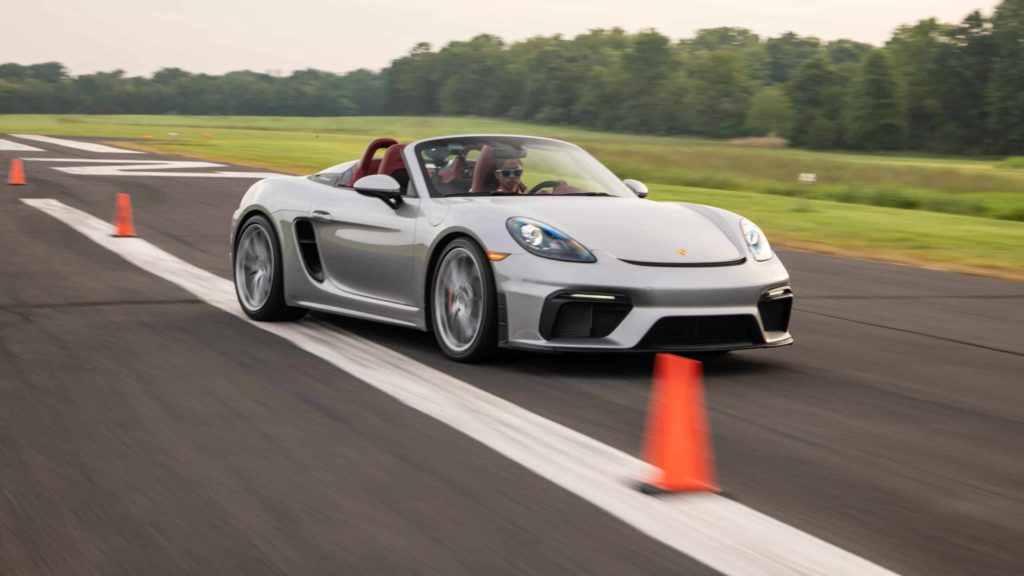 Sixteen-year-old Chloe Chambers, a karting racer, just set the Guinness World Record for Fastest Vehicle Slalom. The 47.45 seconds 51 cone slalom run bested the previous record of 48.11 seconds, set in China in 2018. Chambers accomplished this feat on August 21, 2020, on an airstrip in NJ in a bone stock 2020 Porsche 718 Spyder, with a manual transmission and the top down.

With 7-years of kart racing experience under her belt Chambers is not new to performance driving, but she is new to driving a car. She seems to have caught on quick, however!

“It looks easy, but it’s really not – to weave between 50 cones as fast as possible, trying to beat a record time and knowing I couldn’t touch a single one for the run to count – I definitely felt the pressure,” Chambers said. 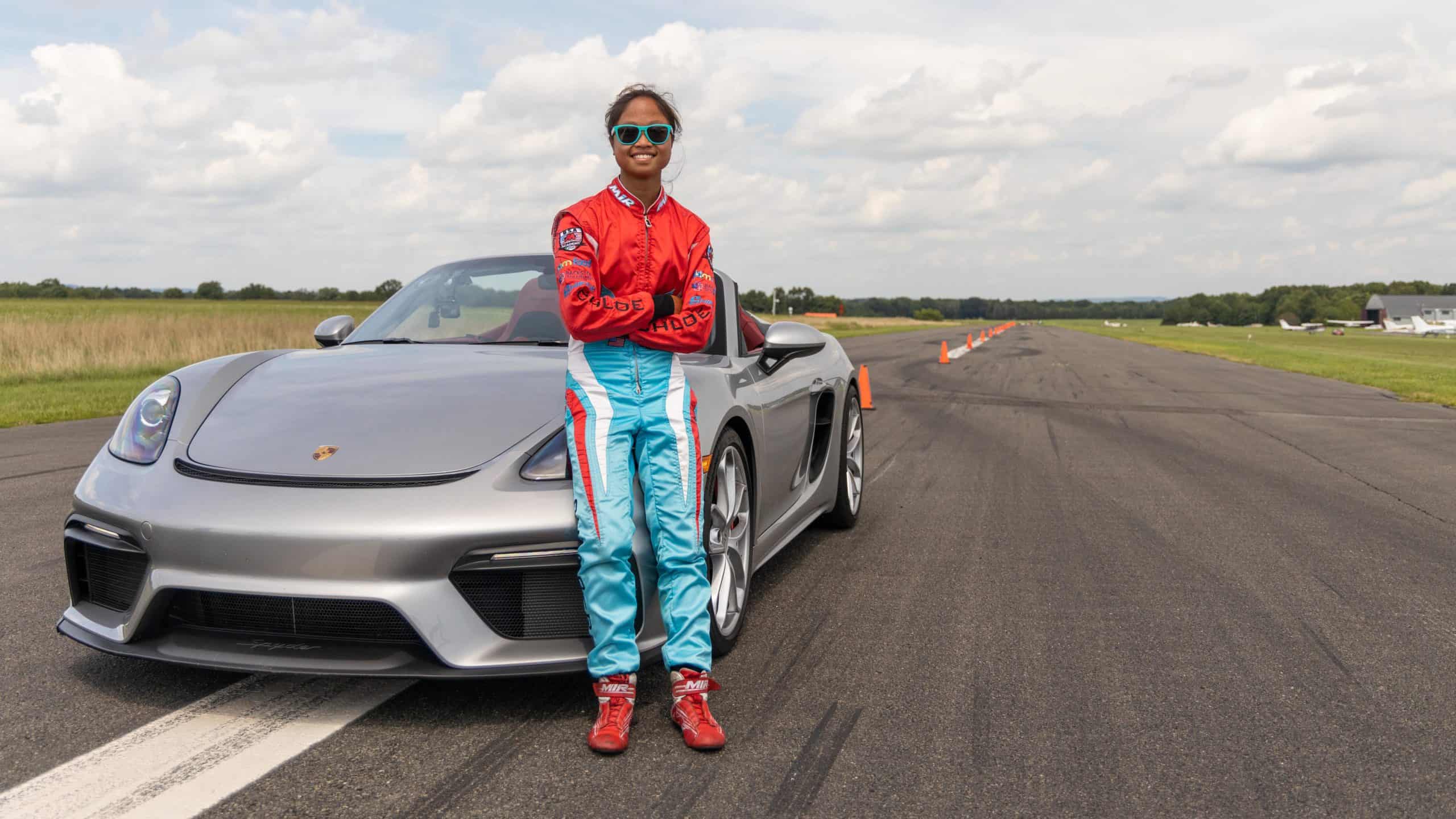 Porsche supported Chambers in her pursuit of the Guinness World Record for Fastest Vehicle Slalom by supplying a brand new 2020 Porsche 718 Spyder. This car, along with its sibling the 718 Cayman GT4, are the most powerful and performance-oriented versions of the 718 chassis yet. The 719 Spyder sends 414 hp through a 6-speed manual gearbox to the rear wheels. 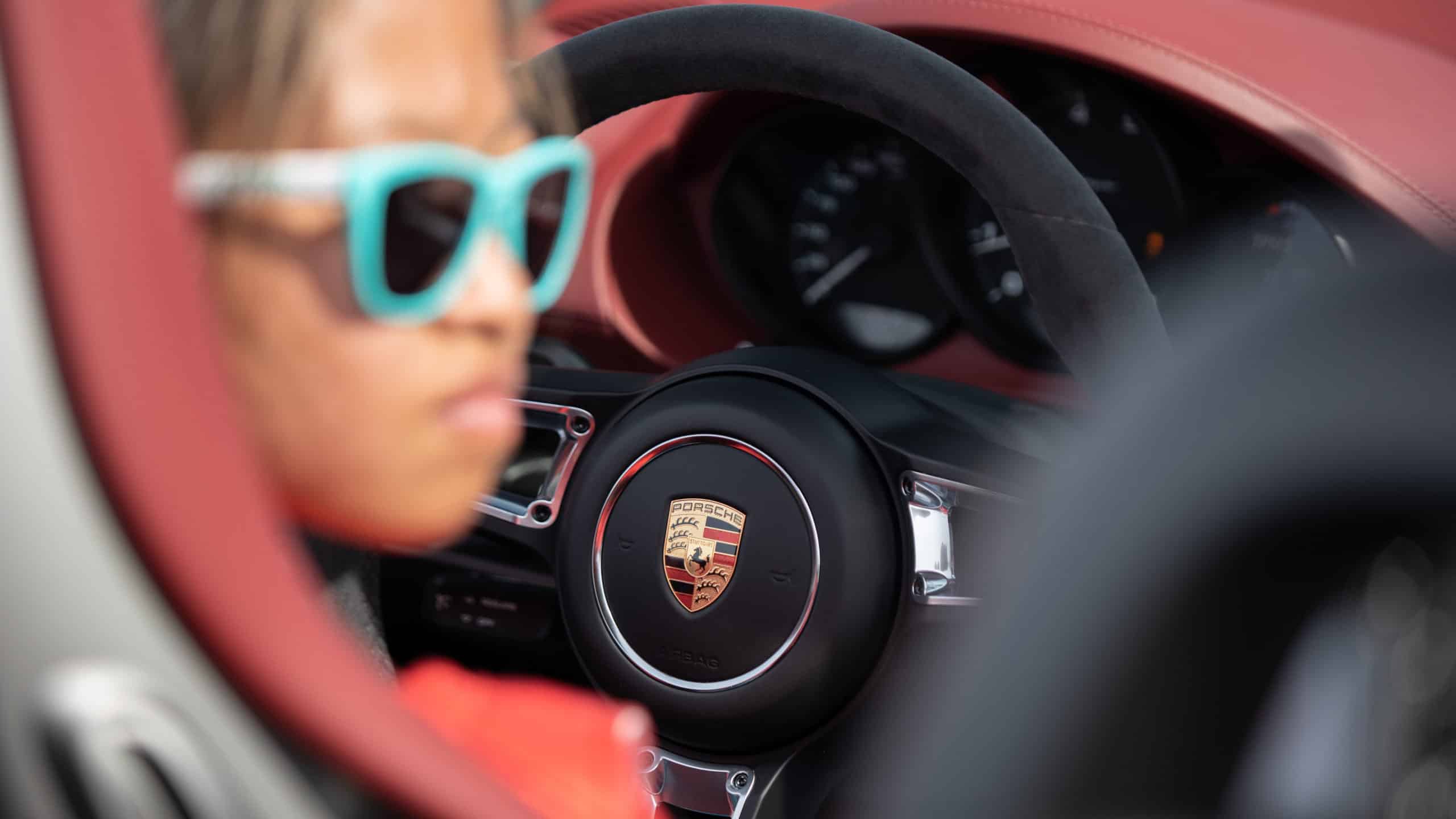 Besides the big power, what really helped Chambers set the new slalom record in this car is the Porsche Active Suspension Management (PASM) setup with adaptive dampers. The 718 Spyder also has a 1.18-inch lower ride height than the standard 718 Boxter and Cayman. This intelligent suspension system and lower center of gravity no doubt helped this Porsche stay planted and fast through the slalom course.

The Guinness World Record for Fastest Vehicle Slalom is set by laying out a course of 51 cones in a straight line spaced 50-feet apart. For Chambers run the course was set up on a runway in NJ. It was certified and measured by an independent surveyor. An adjudicator from Guinness World Records was then on hand to verify the course, record attempts, and accurate timekeeping, done by Racelogic.

Chambers’ record slalom run was on her second run on the official record attempt day. Her first run tied the previous record of 48.114, which was set by Jia Qiang in a Camaro RS in Shaoguan, Guangdong, China, on 16 December 2018. 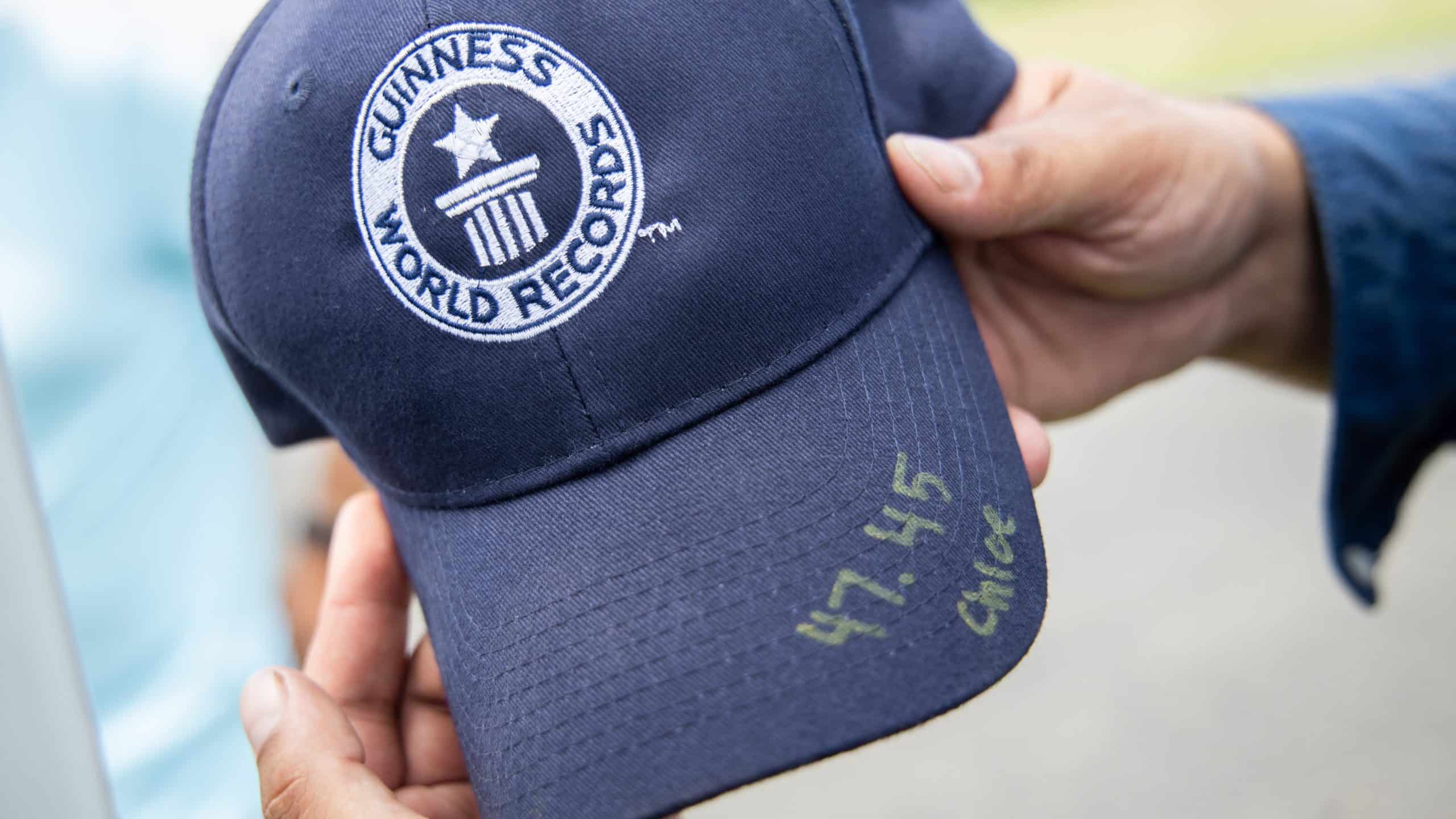 The new Guinness Vehicle Slalom Record now stands at 47.45 seconds. That is incredibly fast and impressive! We’re not going to lie, however, we now want to go wear out some tires ourselves and see how hard it really is.

(PS: Saftey third? Performance driving, especially at the limit, is usually done while wearing a helmet and a 5-point harness. Not with the top down, a 3-point belt, and your hair blowing in the breeze like seen here.)


The Jeep Grand Wagoneer is Back!
Ultra-Rare Auto Books Up For Grabs at Geared Auction
4xe Propels Wrangler Sales To All Time Record: More Jeep Plu...
2021 Subaru Crosstrek: More Power & Refinement
Not Much “Rally” In The 2016 Chevy Silverado Rally Edition
The Best Porsche Vehicles for 2020