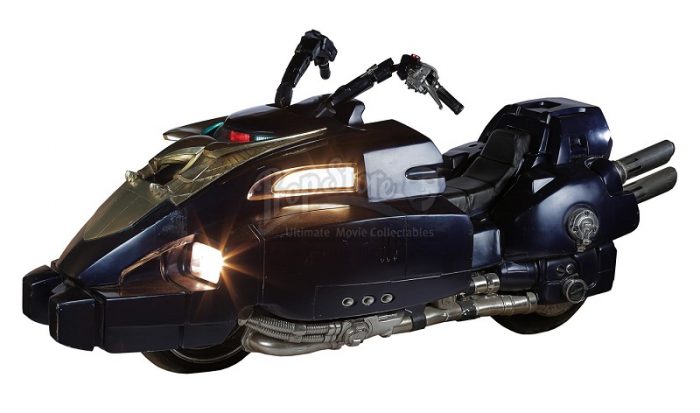 While the Judge Dredd movie might have been a massive box-office flop, let’s look at the positive side of things: it had a motorcycle in it…one that has just sold at auction! We won’t dwell too much on the movie because…well, Sylvester Stallone’s portrayal of action hero Judge Dredd wasn’t exactly the best, and yeah, the story and script for the 1995 movie was pretty weak too, but rather than dwell on the negative parts of that movie, let’s talk about the positive: the props department did a fantastic job. Set in the year 2080, the world has turned into a dystopian wasteland, and while everyone was busy looking up at the airships and getting mesmerized by the backdrop – we were looking at the actual Judge Dredd motorcycle. 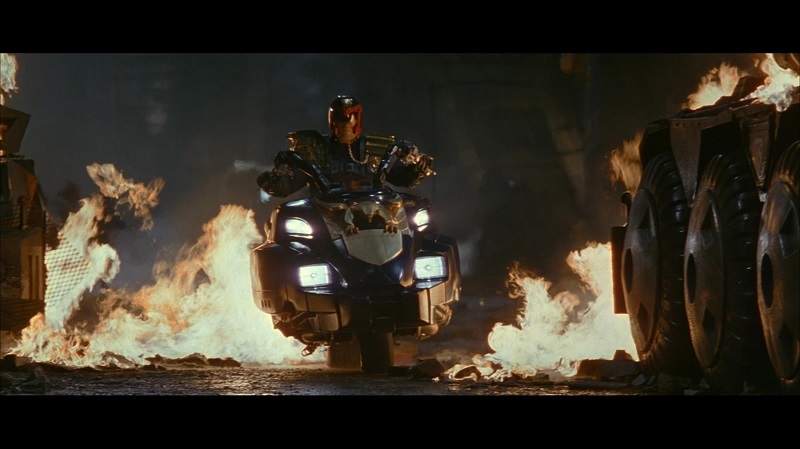 Luckily for us, that dark, dystopian future is a long way off…and fortunately, motorcycle design hasn’t taken such a radical direction just yet. While 2012’s Dredd movie saw the Lawmaster motorcycle built on top of GSX-750 donors, the 1995 version was built around an unknown 650cc engine with a rolling chassis that features mismatching wheels. If you’re looking for new toy to throw around the local track, this isn’t what you need in your life. If you’re a film buff with a penchant for dystopian futures, then this should’ve been on your “want” list. Unfortunately, Prop Store Auctions have just sold this baby. Here’s the full details from the auction website: 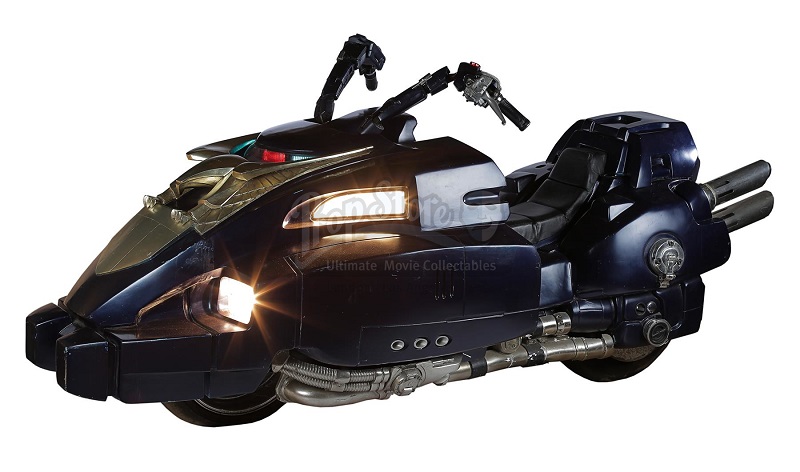 “The design of the Lawmaster was a core concern for production designer Nigel Phelps and his team. Images of Dredd on his Lawmaster had sold the film to the producers, and the bike underwent multiple design iterations. Early versions created by vehicle designer David Allday had massive wheels at the front and rear, but upon completion it was found the bikes could no longer steer. A final revised design retained the rear wheel with a smaller wheel at the front, allowing the vehicles to take corners, albeit with a large turning circle. 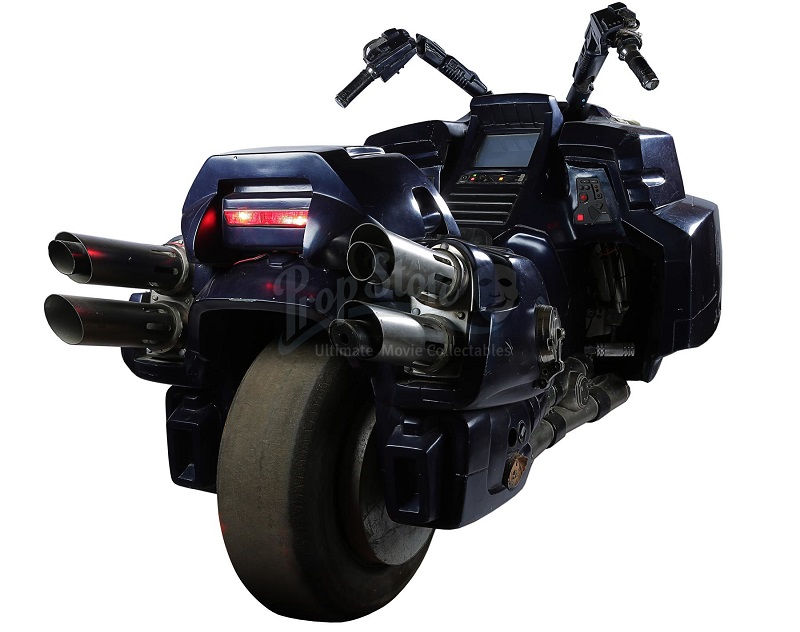 “Powerful 650cc versions were built for use by the stunt teams, with a handful of less powerful scooter-based versions intended for use by principal cast members. This Lawmaster bike is one of the latter, built around a scooter frame with simplified single-gear operation. The body of the vehicle, complete with Judge eagle emblem on the front, is made of fiberglass, with various plastic and metal dressing components and light-up panels on the body and handles. The bike is finished in the uniform blue of the Judges, with metallic faux-gold paint on the eagle emblem. 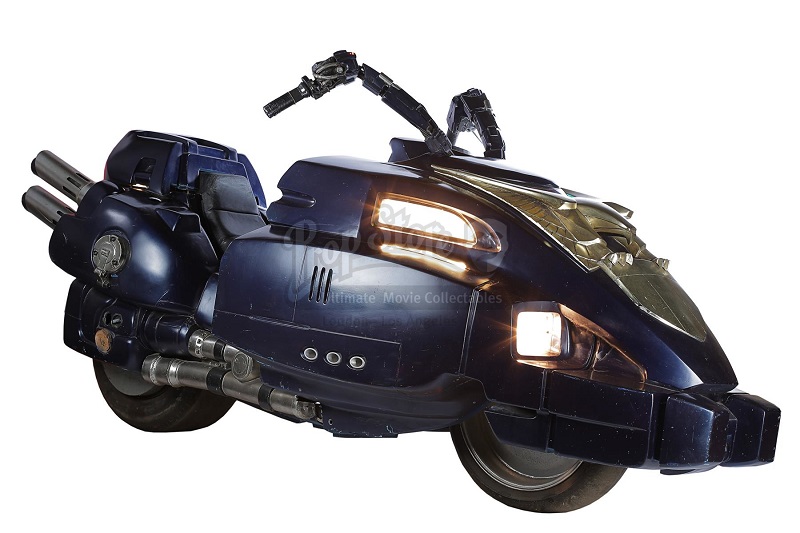 “The Lawmaster is equipped with functioning lights, fitted at the front and rear, with police lights – which are able to cycle in a number of lighting modes – forward of the handlebars. A standard kickstand allows the bike to rest when not in use. Sympathetic restoration has been undertaken to the electronics on the vehicle, accessed via ports on the left-hand side and underneath the foam seat. 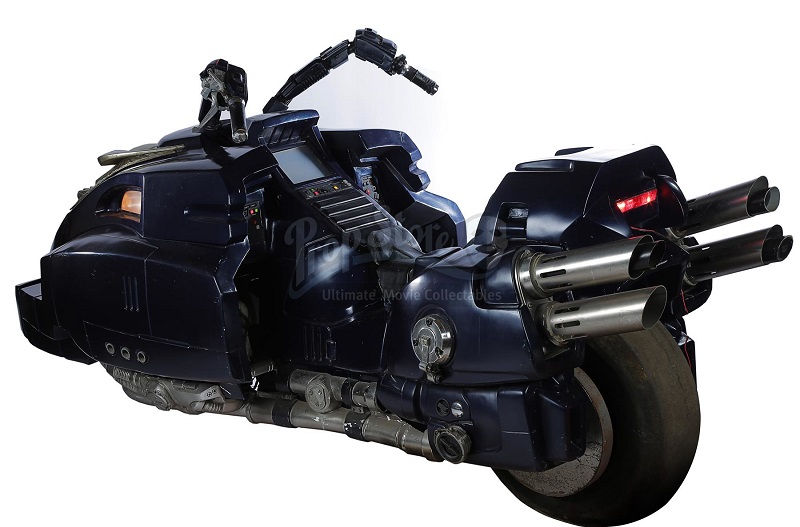 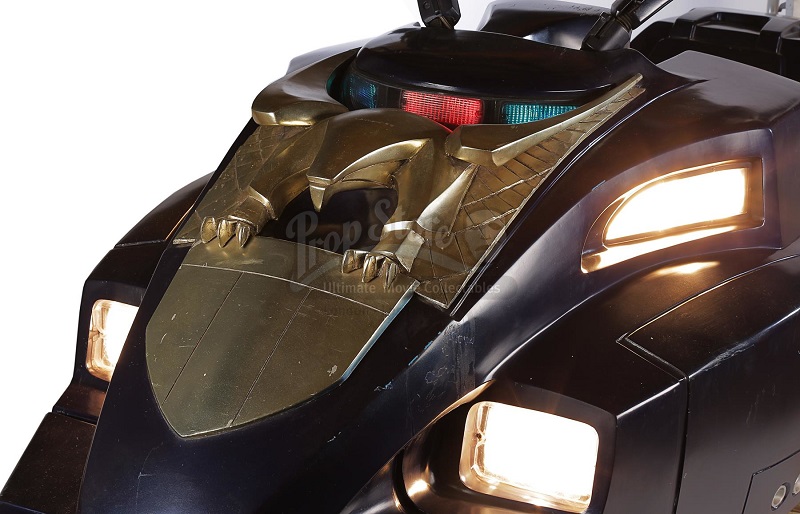 “As this item contains electronic and mechanical components, every effort has been made to describe them accurately; however, no guarantee or warranty is made as to functionality, lifespan or safety of those components. It is entirely incumbent on the new owner to satisfy themselves as to their safe use and maintenance.” 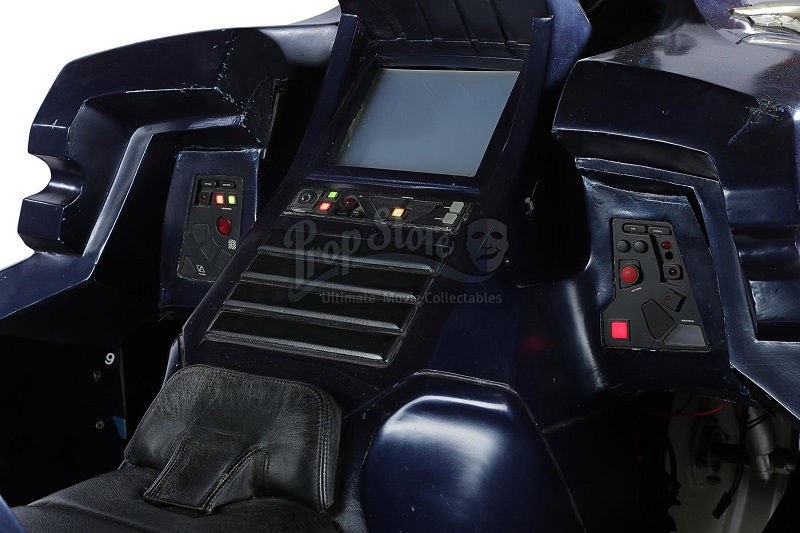 The Judge Dredd Lawmaster eventually sold for £16,000 (about $16,400 USD) – which isn’t a bad price for this kind of movie memorabilia. However, if you were looking for a movie vehicle to get around in, for £50,000 ($67,000) you could’ve won yourself a genuine Hill Valley Police Cruiser from Back To The Future II… 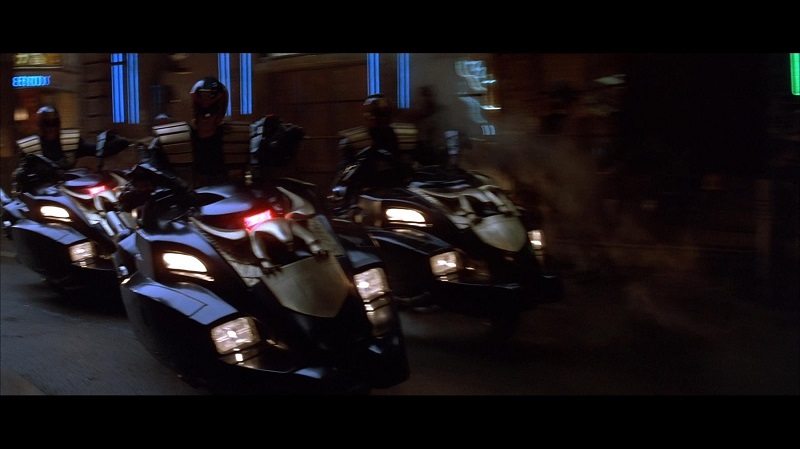