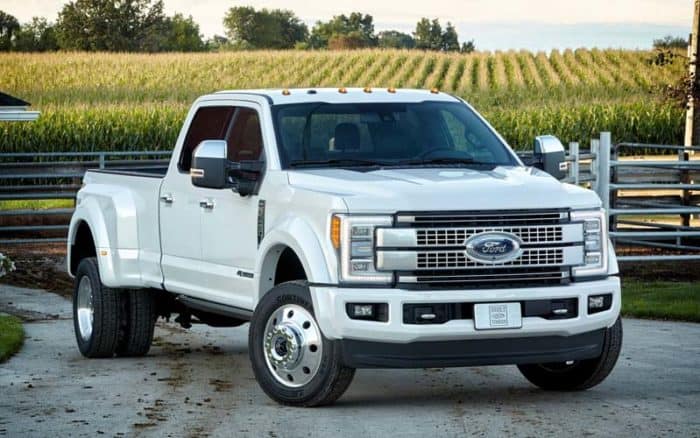 Autowise recently discussed the Top 10 Cars Women Want, which was based on an exhaustive 2016 study by automotive search engine and research site iSeeCars. Now, with input from a pair of automotive experts, we’ll explore iSeeCars’ equivalent list for male drivers.

iSeeCars analyzed 54 million pre-owned car sales and over 500,000 consumer inquiries of cars for sale from its site over a 2.75-year period. From this data, it identified 10 cars where more than 85 percent of prospective buyers were men (complete list below).

Incredibly, the average price of the cars most sought by men was $49,224, compared to a paltry $14,870 average for vehicles on the corresponding list for female drivers.

“Men typically believe that the more expensive the car, the better chance they have of receiving respect [or] of looking desirable and cool to their ideal mate and friends,” said Robert Moore, Editor-in-Chief of popular automotive website TopSpeed. “Women, on the other hand, don’t try to look ‘cool’. They want something functional or cute, without concern of price.”

“When men think about their ‘dream cars’, it is likely that they are aiming high,” Reina explained. “While these men likely have a great car that’s suited to their needs, this doesn’t stop them from looking forward to the future when they can afford a more expensive and luxurious car.”

Age appears to be a significant factor in male car shoppers’ tastes: in short, starting out looking for fast, flashy cars as young men; getting more practical in mid life; then returning to some of their youthful auto preferences – only on a bigger budget – as empty-nesters or retirees.

“Depending on what stage of their life they are in, their priorities may shift,” said Reina. “A man seeking a functional, day-to-day car may be more interested in its performance, reliability and efficiency. A man who is retired or has a disposable income for a second ‘toy’ or hobby car might look for style and customization capabilities.”

“The F-350 and Sierra 2500 aren’t bottom dwellers in the model pool, so you still get some pretty luxurious features while getting plenty of power and good looks,” said Moore. “Plus, the country lifestyle is making a comeback, so trucks (and big diesel engines) and lift kits are also more popular now.”

“In the last decade or so, trucks have become status symbols as much as luxury cars,” Reina continued. “Many now have high-tech and luxury features, allowing the ‘work truck’ to transition seamlessly into a great road trip vehicle for families.”

Here are our experts’ takes on “manly cars” that made iSeeCar’s Top 10 Cars Men Want list.

Statistically, These Are The Best Cars For Men

“[The GT-R] is familiar to recent generations of gamers who have raced virtual versions of it,” said Reina. “It’s priced to compete with some of the best European sports cars, which doesn’t stop men from fantasizing about putting their favorite wheels from Forza into their garage.” 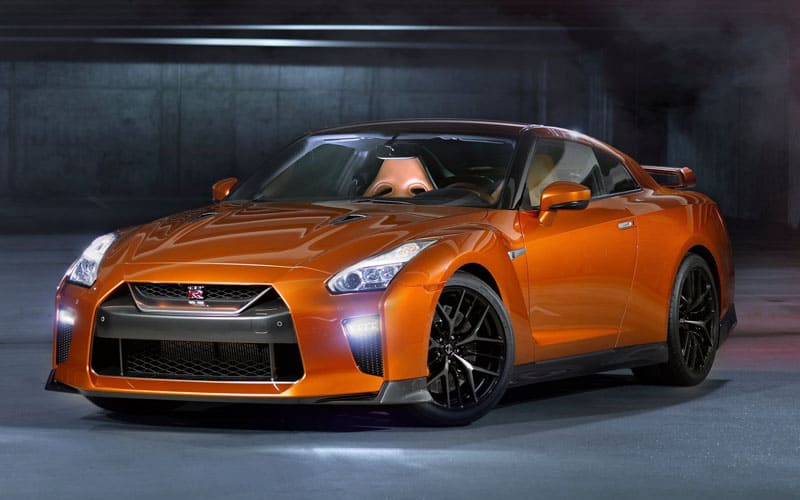 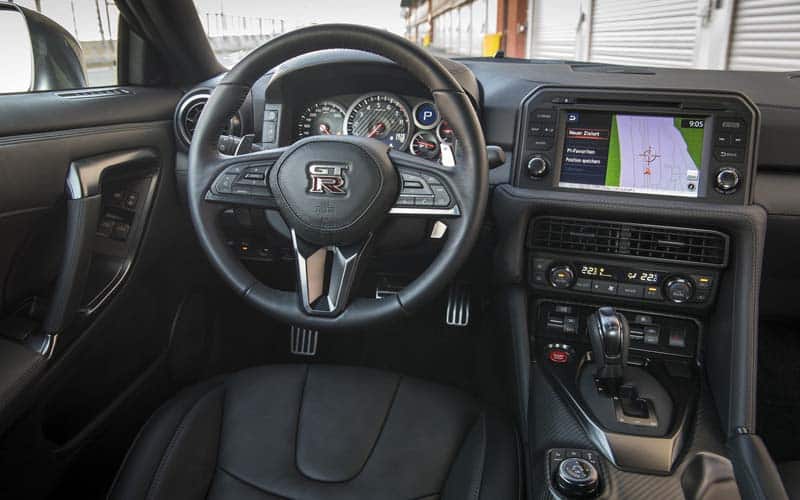 Before the Model S came out with its ludicrous speed mode, the GT-R was one of the most formidable opponents you could find at a drag strip or 0-60 race. With a 3.8L twin-turbo V6 supplying the car with 565 hp and 467 lb-ft of torque, what’s not to love about this, the king of all masculine cars?

“The first M3 was sold in the mid-1980s, so men have had lots of time to lust after these Bavarian hot-rods,” Reina explained. “Those who may have seen an older relative drive an M3 are now at the age where getting one of their own is possible, and a used one is all the better.” 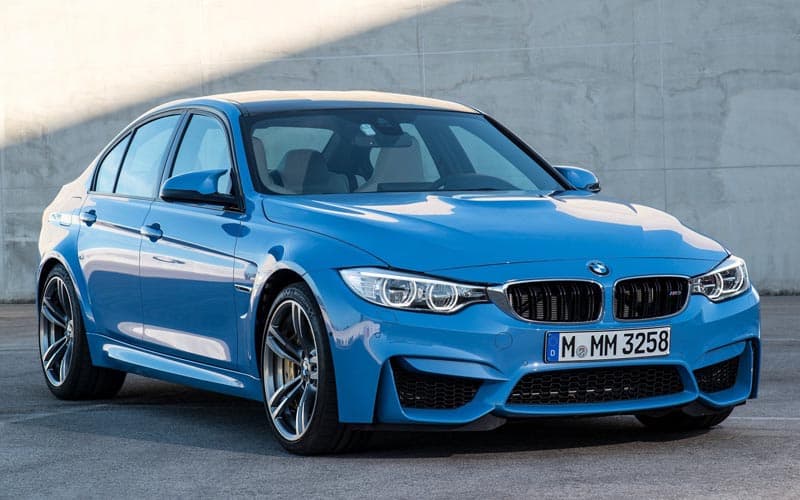 Germany’s Mustang. The BMW M3 has been a long-standing icon in the automotive world just like the GT-R. Even since the days of the E30, M3s have been blowing us away with incredible handling, a perfect balance of power and beauty, and enough room for the whole family. 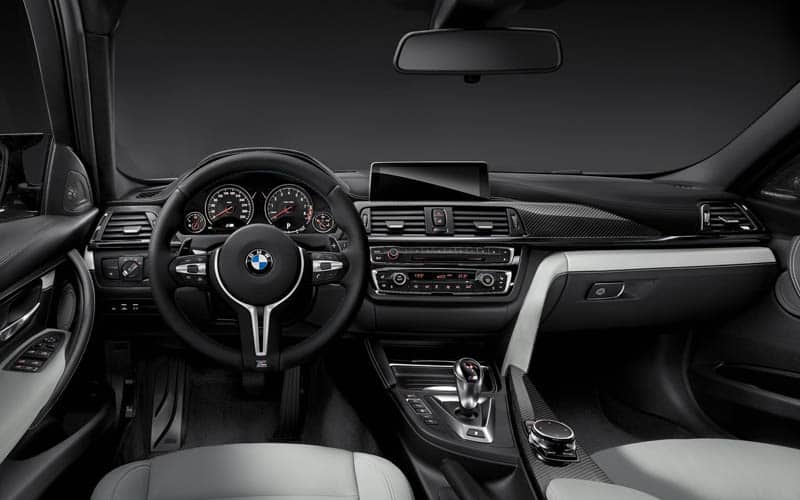 Unlike the Mustang, the M3 is also available as a proper sedan, making it just versatile enough to fit both the need to get your kids to soccer practice and the need to do a sweet burnout from time-to-time.

“After many attempts to build an affordable Porsche (914, 924, 944), Porsche got the formula right with the Boxster … [For] more secure year-round driving, the Cayman hardtop was launched,” Reina explained. “Porsche will always be an aspirational brand for men, and the Cayman remains an affordable way for guys to get into the club.” 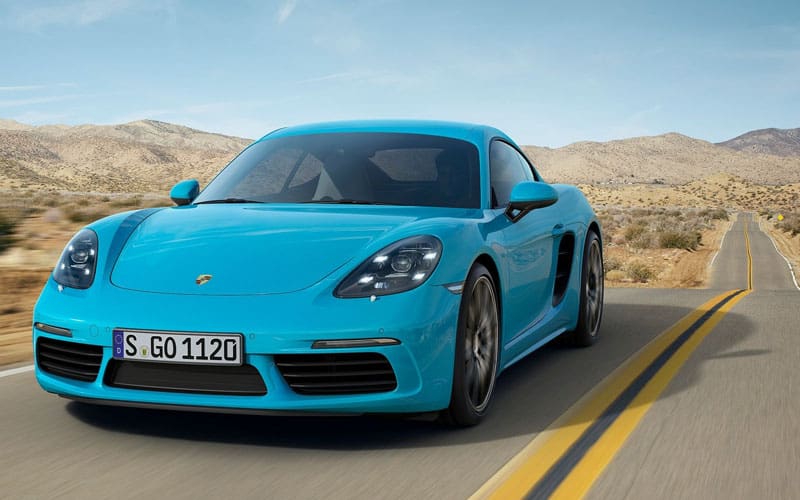 Porsche’s marketing team has done an incredible job of convincing human males that owning a Porsche is a staple of being successful. There seems to be some subconscious recognition by pretty much every guy out there that if they really want a solid, refined driving experience and a bit of luxury, Porsche is the ideal brand. 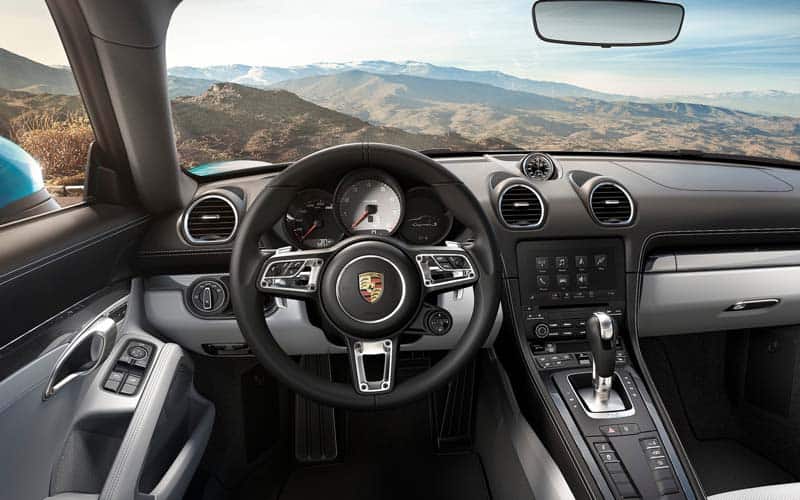 While the Boxster gets a bit of hate for being Porsche’s ‘Ferrari California’, the Cayman seems to escape this designation entirely, despite being essentially the same car. The Cayman is arguably the best street Porsche there is. It isn’t insanely fast but it still has a great punch, it handles great, it looks fantastic, and it checks all the sports car boxes.

“Like the GT-R, this comes down to legacy. The 911 is a legendary car, and once you own one, you’ll always want another,” said Moore “Even if you never get another, you’ll always remember and wish you had your first one.” 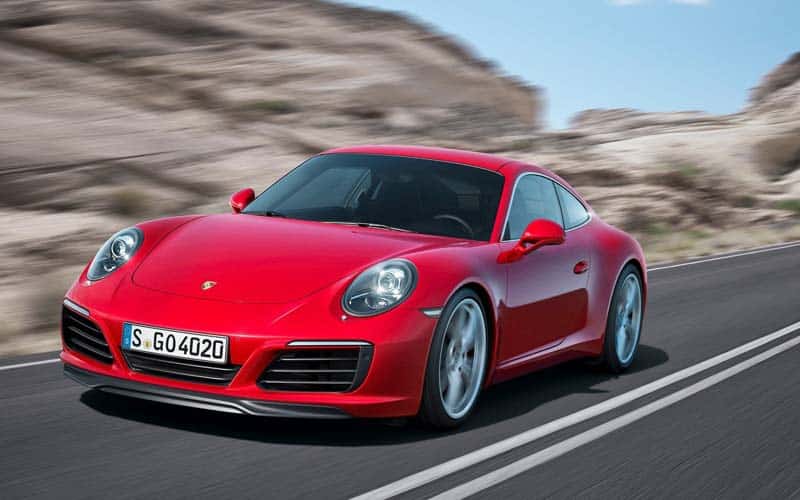 Let’s be honest here, the Cayman might be the approachable Porsche, but the 911 is the most iconic by far. If you really want to up the ante, this is how you do it. The least powerful 911 has 20 more horsepower than the most powerful Cayman (350 hp).  The range of the 911’s performance extends all the way to 580 hp 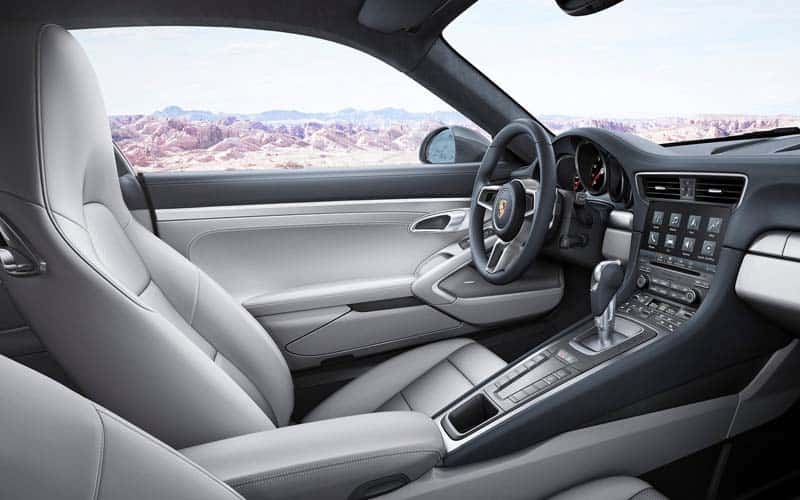 I seem to have a few different memories of Porsche owners proclaiming to me that Porsches are the ultimate driving machine and that aside from BMW, nobody else comes close. While I have yet to be able to properly road-test this claim, it seems that many people agree.

“For generations who have grown up with Toyotas, Lexus is their aspirational brand,” said Reina. “The Lexus GS series is the ‘Goldilocks’ of the lineup: not too big, not too small, and just sporty enough to provide some driving thrills while keeping you ensconced in the latest luxury touches.” 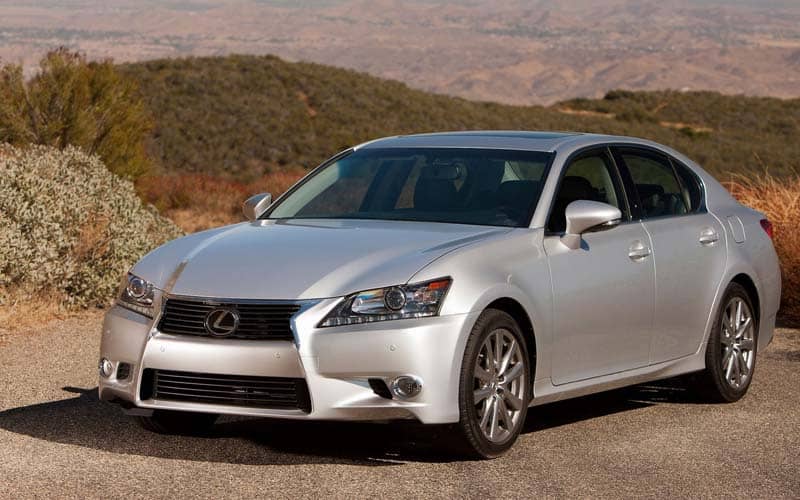 The Lexus GS 350 really speaks to the JDM enthusiasts in the group because of its humble Toyota heritage but also backs that up with some solid muscle. 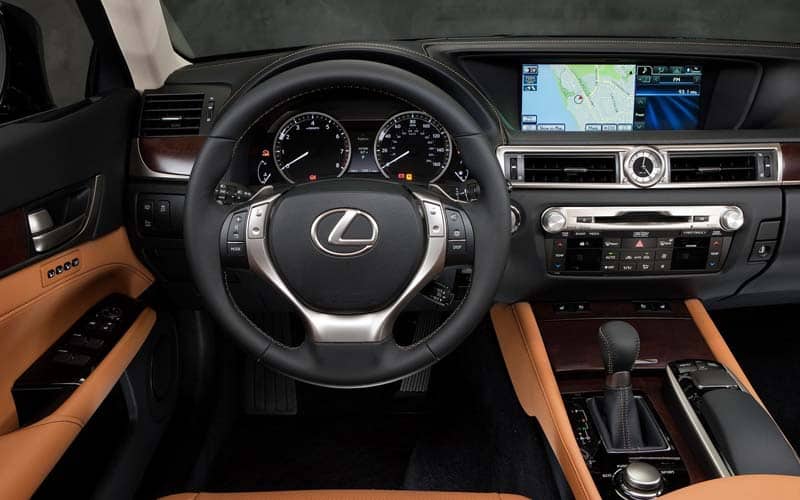 With a naturally aspirated 311 hp 3.5L V6 under the hood and modern luxuries and creature comforts inside, the GS 350 has one of the best smiles-per-gallon ratios out there.

“With a twin-turbo V12, all-wheel-drive, and an interior more cosseting than your living room, no wonder men want it,” said Reina. “But at $225,000 new, you can also see how a pre-owned one can be had at a 50-percent discount.” 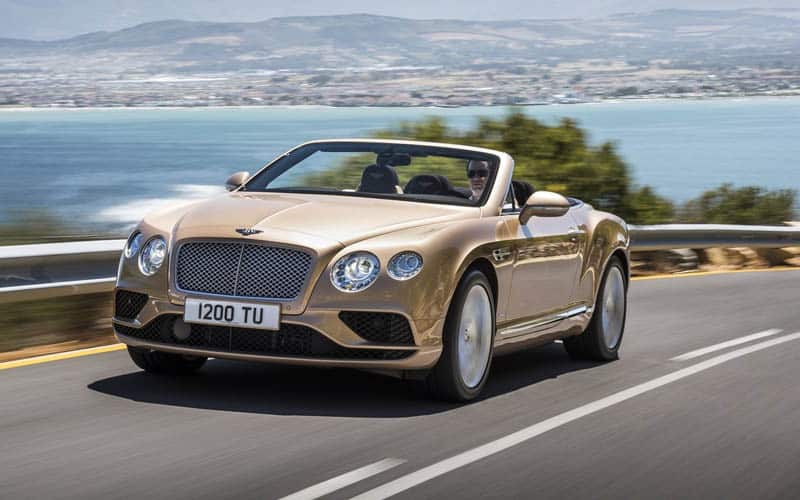 So, this one is reaching for the clouds, but we can’t really say we’re surprised. If I had $100,000 lying around to spend on a car, I most certainly wouldn’t be spending it on a Bentley. That being said, a used one a 50% off is a pretty enticing deal, and for a young millionaire or spending-conscious billionaire, the Continental really is a steal.

“This vehicle is likely on the list because it’s a workhorse,” said Moore. “It doesn’t exactly look amazing like the rest of the vehicles, but you can move just about anything and still have room to spare in the cabin.” 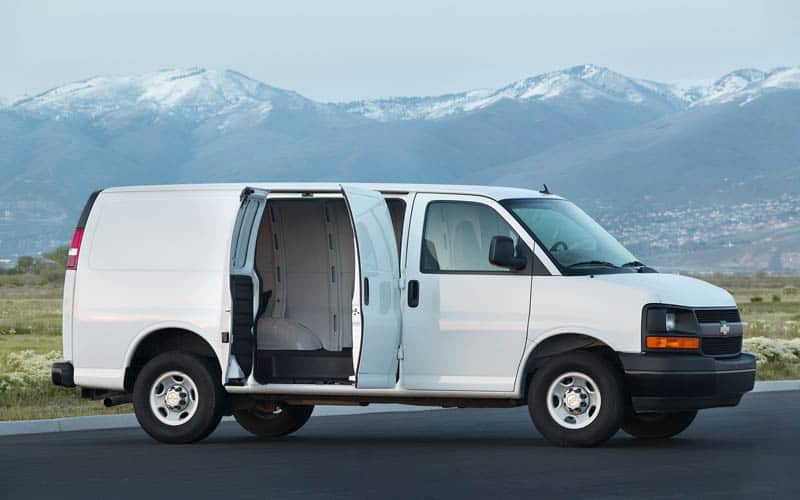 While the Express Cargo Van might have surprised some people, we think this really speaks to the practical side of a man’s mind. Look at all the space for activities! Look at all that storage! You can go camping, you can set up a mobile detail shop, you can cross-country haul, you can do it all, baby! And you’re telling me it’s only $16k? Where do I sign?!

“The F-350 is tough, powerful, can tow just about anything, including fifth-wheel trailers, and looks good doing it,” Moore said. “It says you work, but you also like to look good and don’t have time for worrying about if your trunk has enough strength to get the job done.” 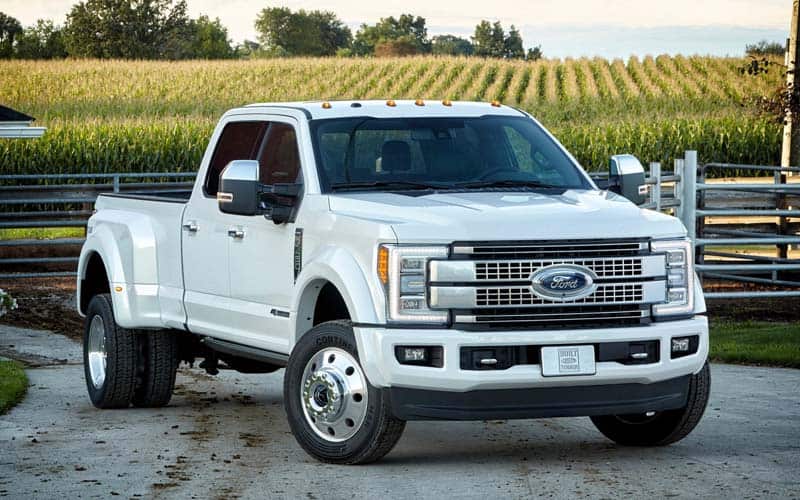 While I personally try to follow a ‘no vehicles more than two feet taller than myself’ rule, the Ford F-350 Super Duty is one hell of a machine. It’s no wonder guys like it. It’s big, it can go just about anywhere, it’s got enough torque to haul anything you could really dream of and it can do so with your whole family on board. 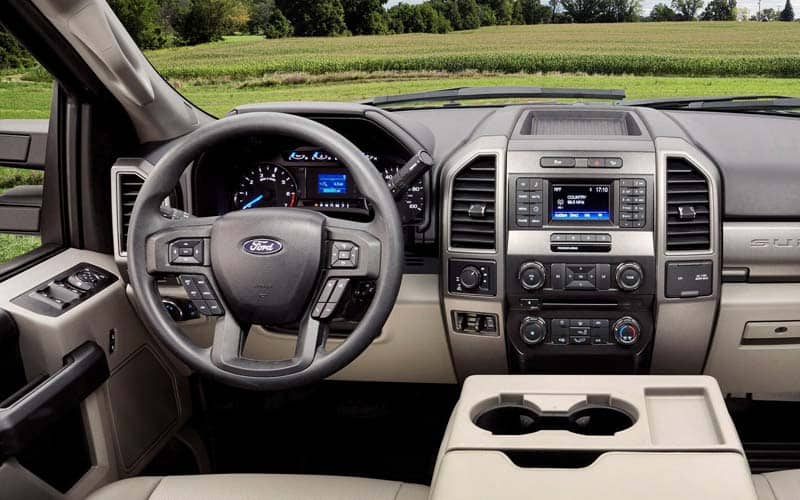 If you’re not into paved road activities, its also quite good off-road, and with the right setup, can be a good truck for mudding and generally romping. Of course, if that’s the route you want to go, you’re probably better off buying used.

“Long known for luxury, [Cadillac] awakened to the fact that to be competitive, it must also offer performance,” said Reina. “The Caddy CTS-V competes with the best that Europe has to offer, so for men who want to show their American pride in their driveways … can be the perfect choice.” 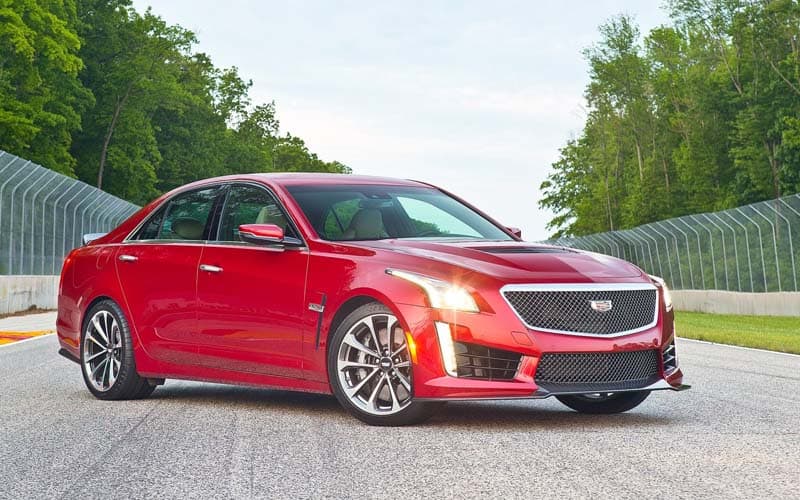 The CTS-V has been a luxury muscle icon for as long as I can remember. It’s a big beautiful sedan (or coupe) with a Chevrolet Corvette engine, for crying out loud. 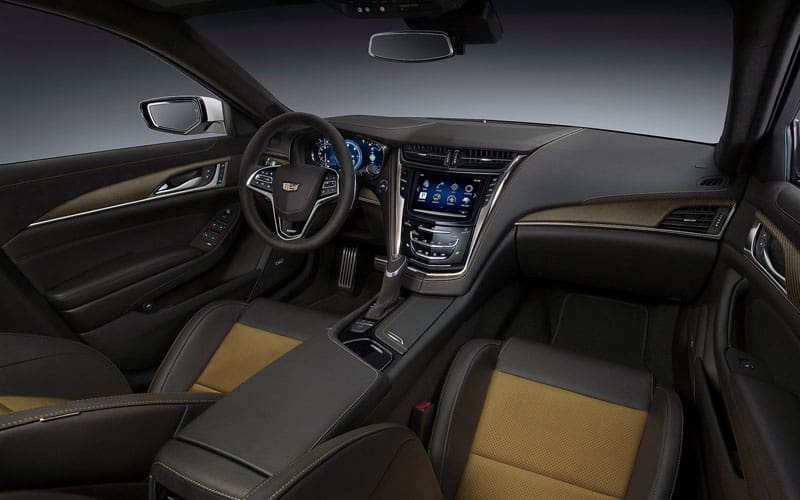 While the new ones are pretty nice, I’m personally waiting for the day that the old CTS-V wagons fall into my price range. Now THAT is a proper hot hatch. Possibly the hottest, in fact.

“You can get all of the power you want with a bed in the back, while still getting the wood trim, nice sound system, and the ability to haul things,” mulled Moore. “If you’re looking for a truck, but want something a little more luxurious, you skip Chevy and go straight to GMC.” 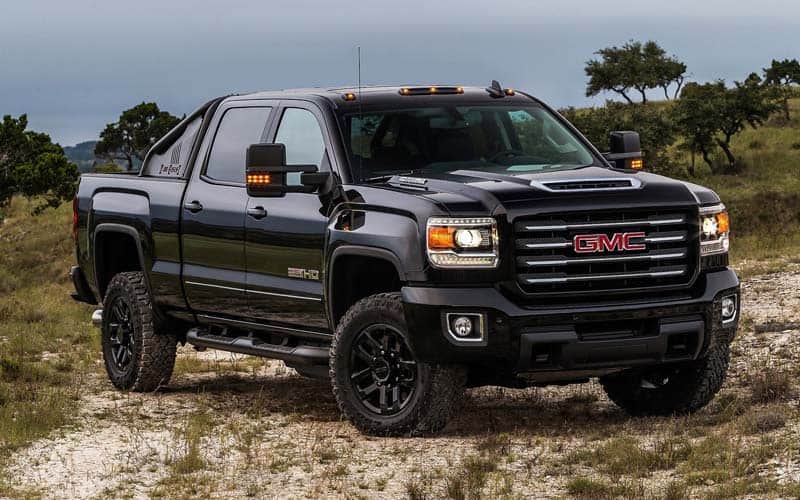 And of course, rounding out the list, we’ve got one more big truck, which is basically the same thing as what Ford had going on. At least we’re somewhat consistent, right? As far as I can tell based on this list, men like sports cars and trucks. There’s nothing on this list that gets even ‘kind of ok’ gas mileage or can be had for under $10,000 unless it is extremely used.

Men, I think it is time for us to recognize that we aren’t cheap dates. So what if she wants the salmon instead of a salad? You’re the one pining over an $80,000 sports car.


Seven Fabulous El Camino Resto Mods
$6 Million Ford F-750 World Cruiser
10 Awesome JDM Cars You Never Knew Existed
15 Best Concept Cars Ever (And 15 Of The Worst)
Supercharger vs Turbo: What is the Difference and Which is B...
The Psychology of Auto Nostalgia: Why We Love Old Cars