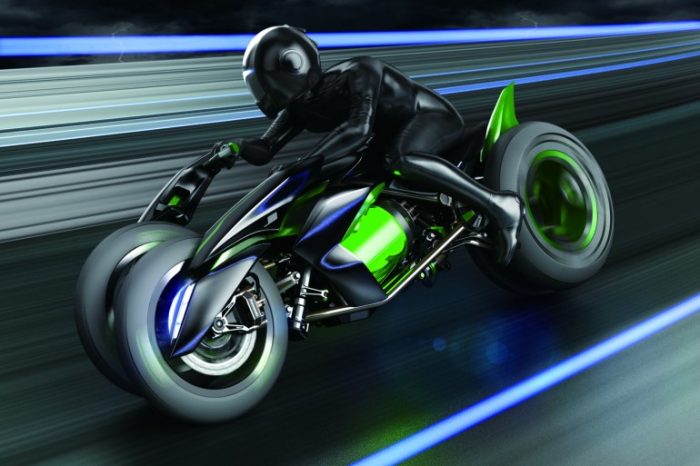 Remember the Kawasaki J Concept electric three wheeler? No? Well, Kawasaki have brought it back just to remind everyone that they’re still thinking about electric vehicles…and three wheeled ones too. With Honda offering self-balancing motorcycles in their version of the future and Yamaha offering three-wheeled creations, it seems like Kawasaki’s old J Concept from late 2013 was ahead of its time, and then we all promptly forgot about it. But Kawasaki obviously thought that we needed reminding, as their US Youtube channel recently published a new concept video to get us back into a Kawasaki three wheeler mindset. 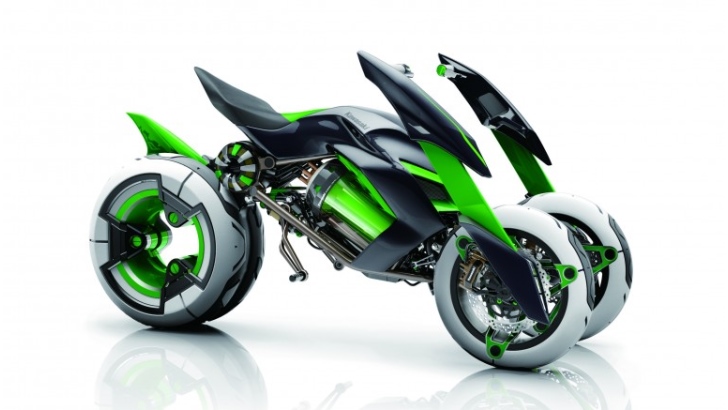 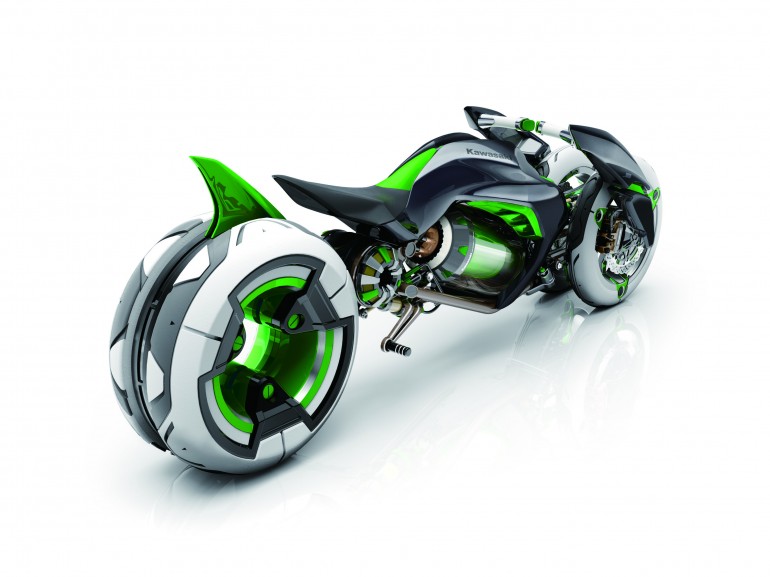 Yamaha’s Niken machine is quite the opinion divider, and no matter how good it is, it just seems to outlandish for many motorcyclists to even consider. However, if you put the Yamaha Niken next to the Kawasaki J Concept, one looks positively tame and vanilla in comparison. You see, the Kawasaki J Concept makes the Niken look conventional. But a concept is a concept – will this ever be a thing? And what are Kawasaki up to by posting the video? 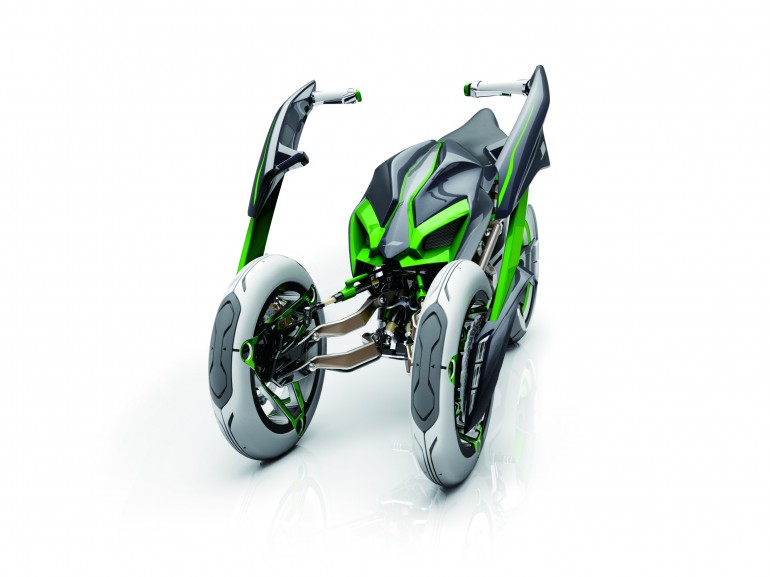 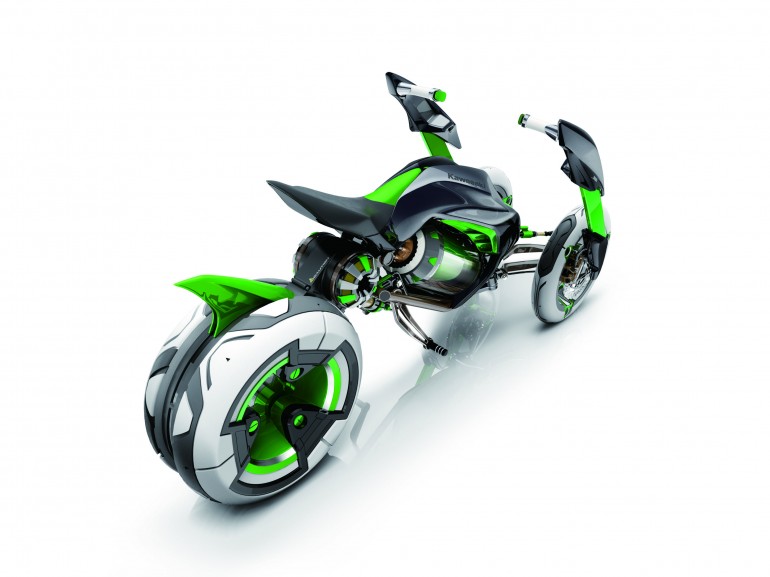 We think that they’re just reminding us that there’s more to Kawasaki’s current R&D Department than superchargers. The Kawasaki 3 Wheeler J Concept may not be a production bike, but it definitely shows that Kawasaki have a vested interest in exploring new motorcycle dynamics, and of course, that they’re interested in electric vehicles. 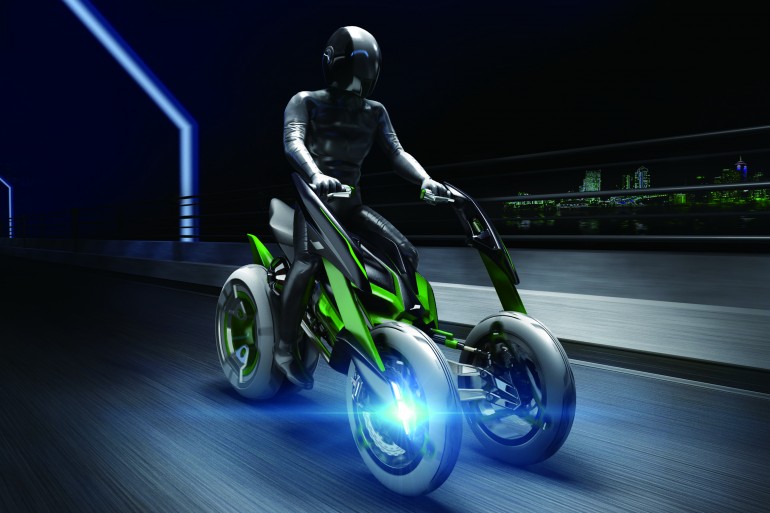 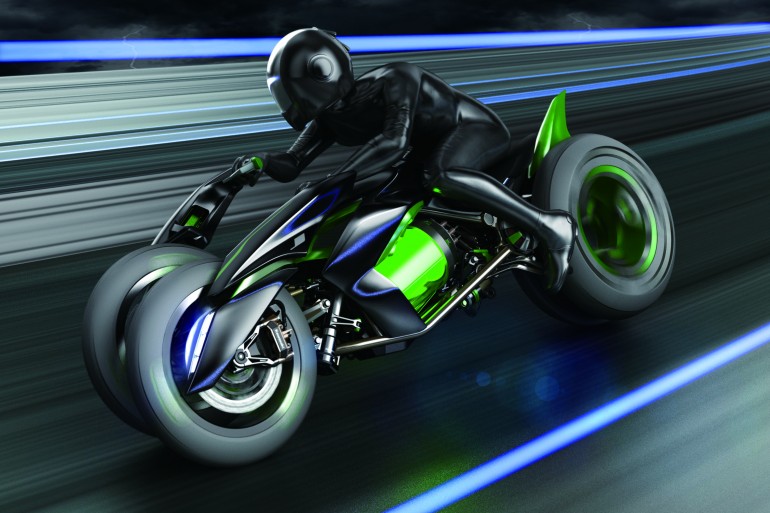 The Kawasaki J Concept is basically a weird kind of Tron Light Cycle that’s half Transformer, with adjustable riding geometry allowing for sporty, track focused riding or more upright, conventional stance. To make things more interesting, the J Concept also features two wheels at the front, with an unorthodox lever-style steering configuration. It’s a strange thing but it’s quite appealing – even if you’re not a fan of the three wheeled arrangement, the dynamic wheel and riding position should definitely appeal to anyone who has a passing interest in science fiction.

But is it a real thing or just a cool concept that shows off what Kawasaki could be capable of in the near future? We’re not sure, but we hope that it’s the latter.