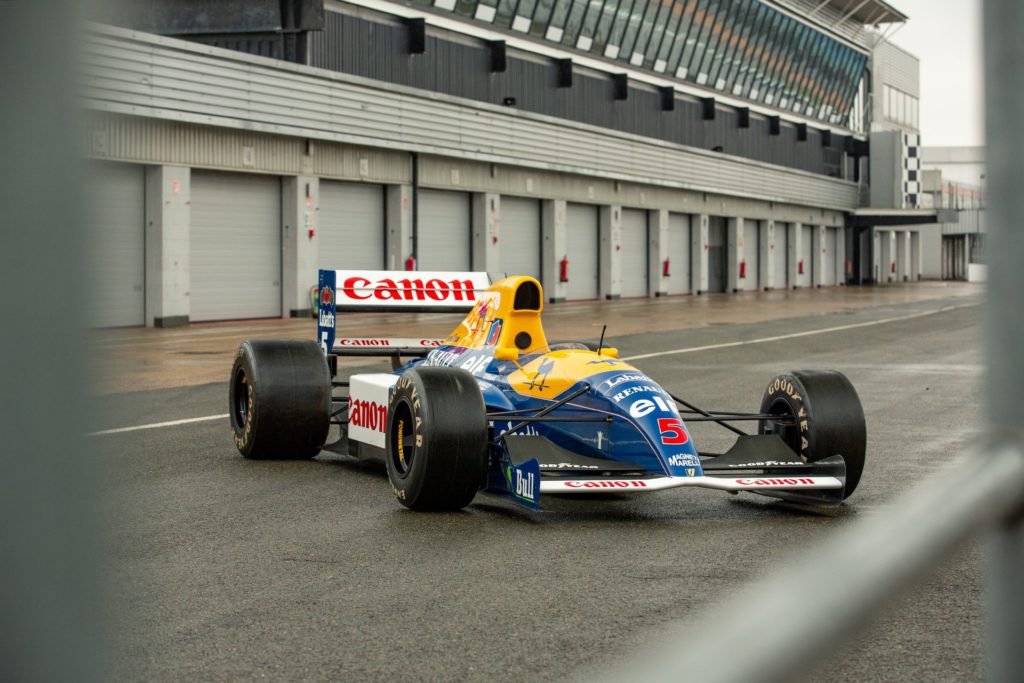 The Nigel Mansell Collection is going up for sale in May. A collection of Sir Nige’s own cars which includes two Formula 1 cars, a GP Masters car, and a kit-car Lotus. As for the fourth car, well, we’re not exactly sure how to describe that one. The entire set will be put up for sale by RM Sotheby’s in Monaco.

It’s not often that Formula 1 cars come up for sale in any form, but this sale is something extra special. The Nigel Mansell Collection, as Sotheby’s is calling it, is just that. These are Mansell’s own cars, with their own unique history, hitting the auction block, and being sold directly from the man himself. 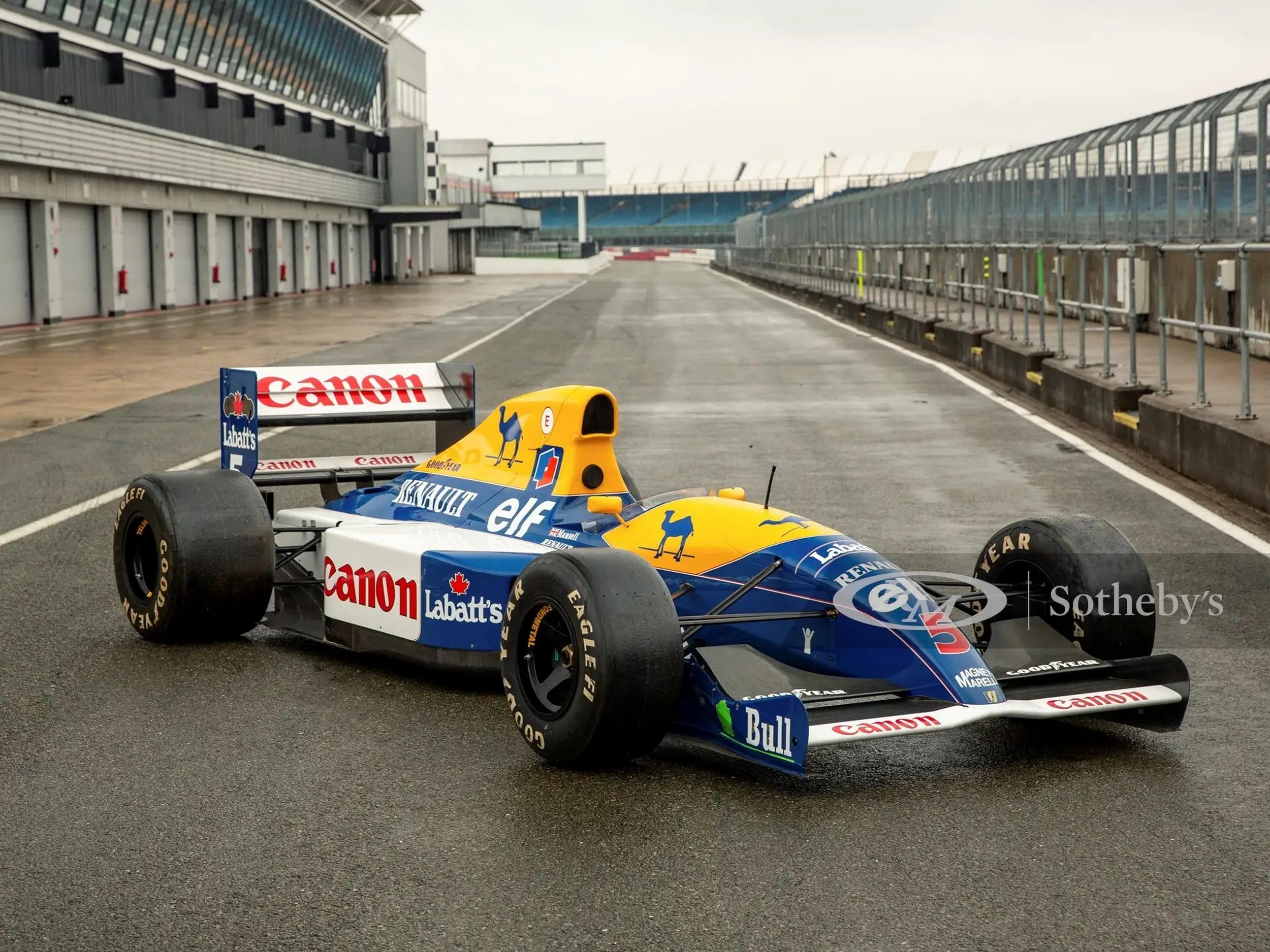 The most interesting car in the collection? A 1991 Williams FW14 powered by a 3.5L Renault V10. Mansell’s FW14 won seven races in the 1991 season, though it fell short of a driver’s or constructor’s title. This particular chassis won five of those races with Mansell on board, including the French, British, German, and Italian Grand Prix.

Though in most of those races, the car and driver combination won dominant victories, it is also the car that edged out Ayrton Senna and his McLaren by just millimeters in the opening stages of the Spanish GP that season.

FW14-5, as the car is named in the Nigel Mansell Collection, is also the car that is famous for being the “Senna Taxi.” After finishing more than 43 seconds ahead of second-place Gerhard Berger’s McLaren, as Mansell took his victory lap at the British GP, he picked up a passenger. Senna crossed the line fourth but ran out of fuel before making the pits. Mansell stopped and Senna climbed on for a ride back to the paddock. 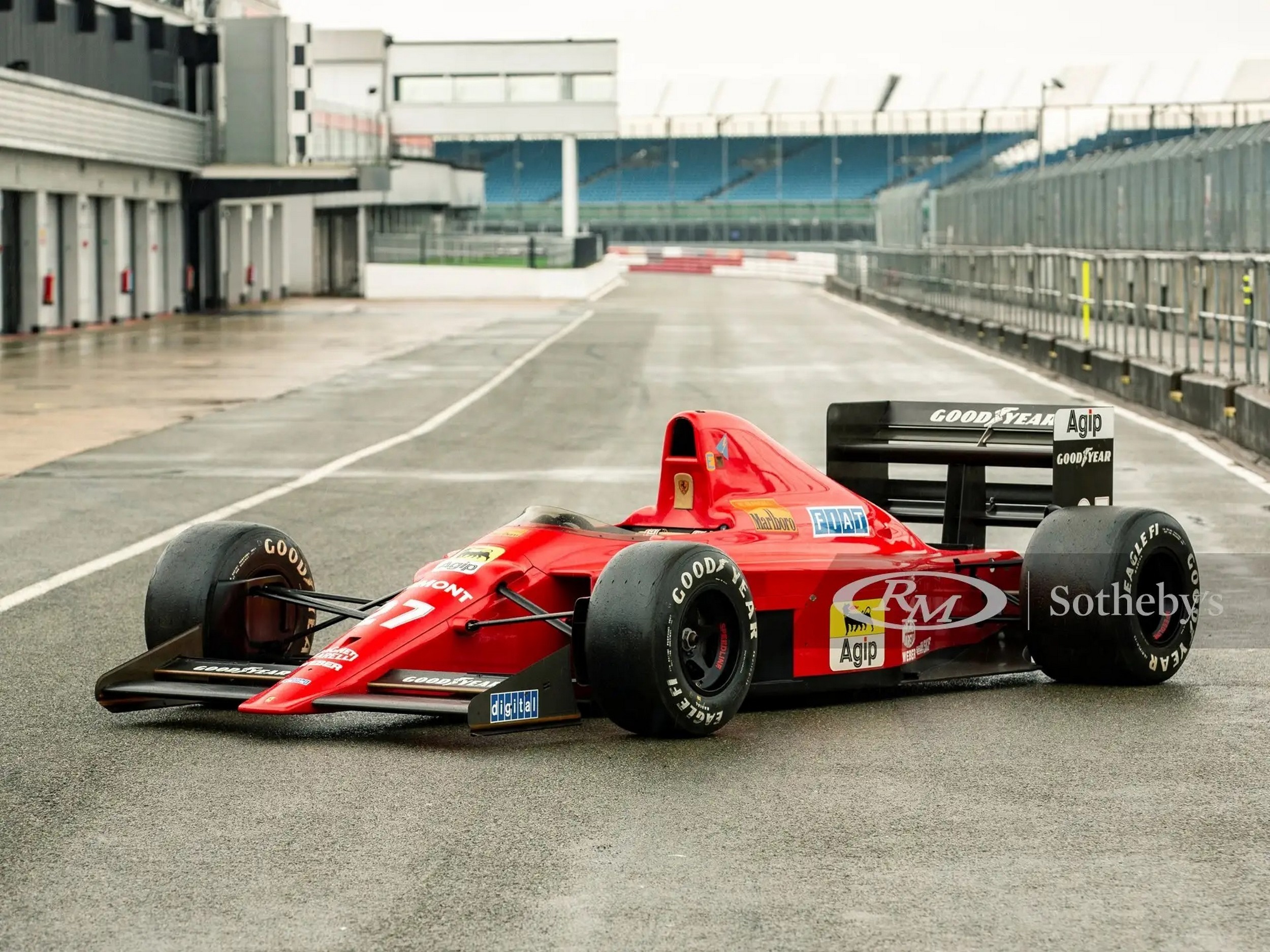 The other highlight of the Nigel Mansell Collection is a 1989 Ferrari 640, chassis number 109. The 640 was the first Ferrari F1 car to have a semi-automatic gearbox as well as the first to be announced after Enzo Ferrari’s death six months earlier.

The V12-powered prancing horse won in Brazil as well as Hungary that year. The listing states it was given to Mansell at the end of the season and says it is “unlikely to have had a nut or bolt touched on it since the last Ferrari mechanic put down his tools in 1989.” 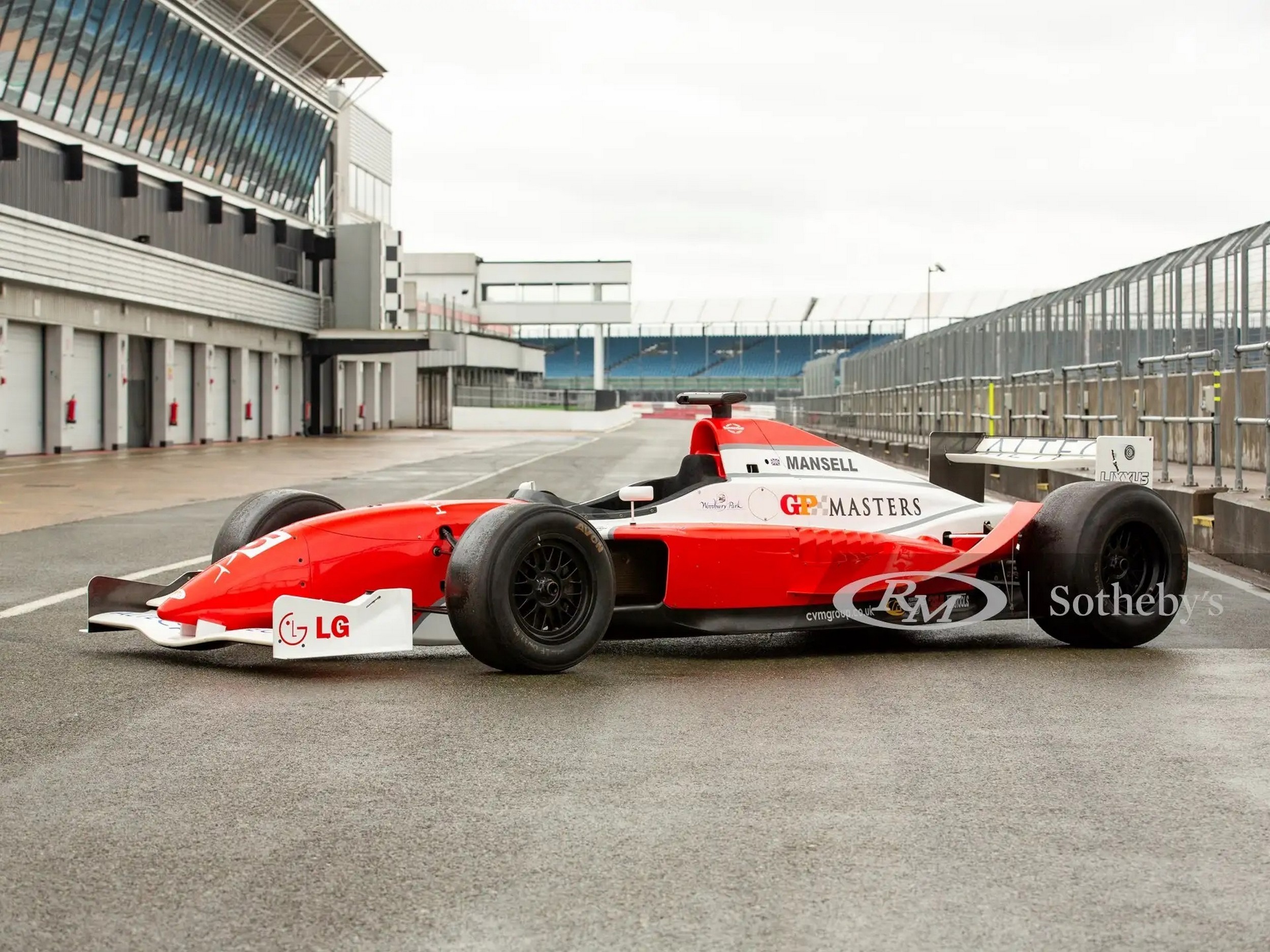 Less impressive, though still significant, is the 2005 Reynard 2KI Grand Prix Masters car. The Grand Prix Masters series was open to retired F1 drivers and ran for just three events. Mansell won two of those and retired from the third.

The car is based on the 2000 Reynard Champ Car chassis and is powered by a 3.5L V8. All competitors used the same design. This car is again described as “preserved.” 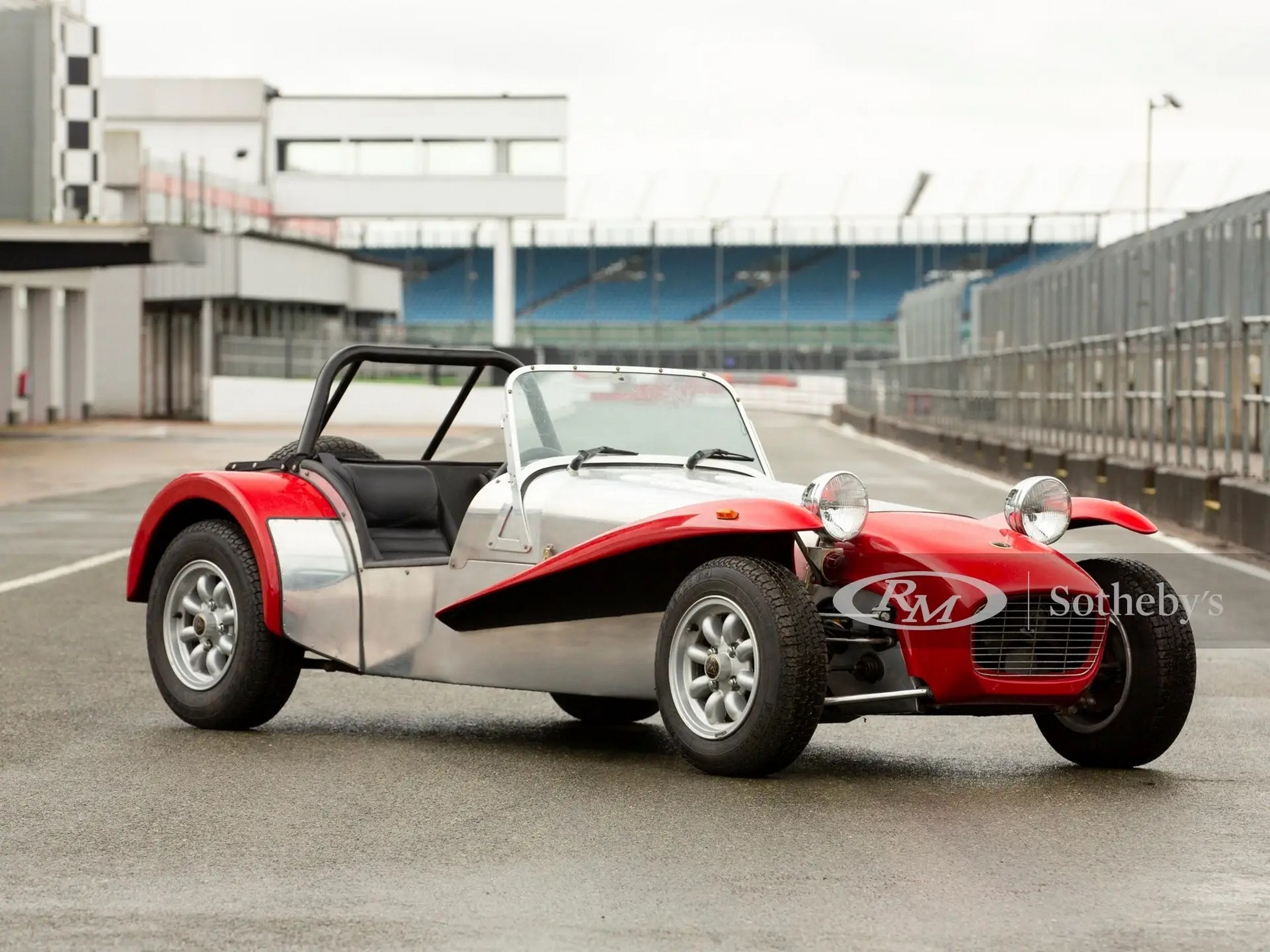 This 1991 Birkin 7 Sprint is a South African kit car version of the classic Lotus Seven. The listing says it was imported into the UK in 1991 and has been part of the Nigel Mansell Collection since day one. While it’s been in storage, the listing says Mansell has “enjoyed fair use” of the bare-bones sports car. 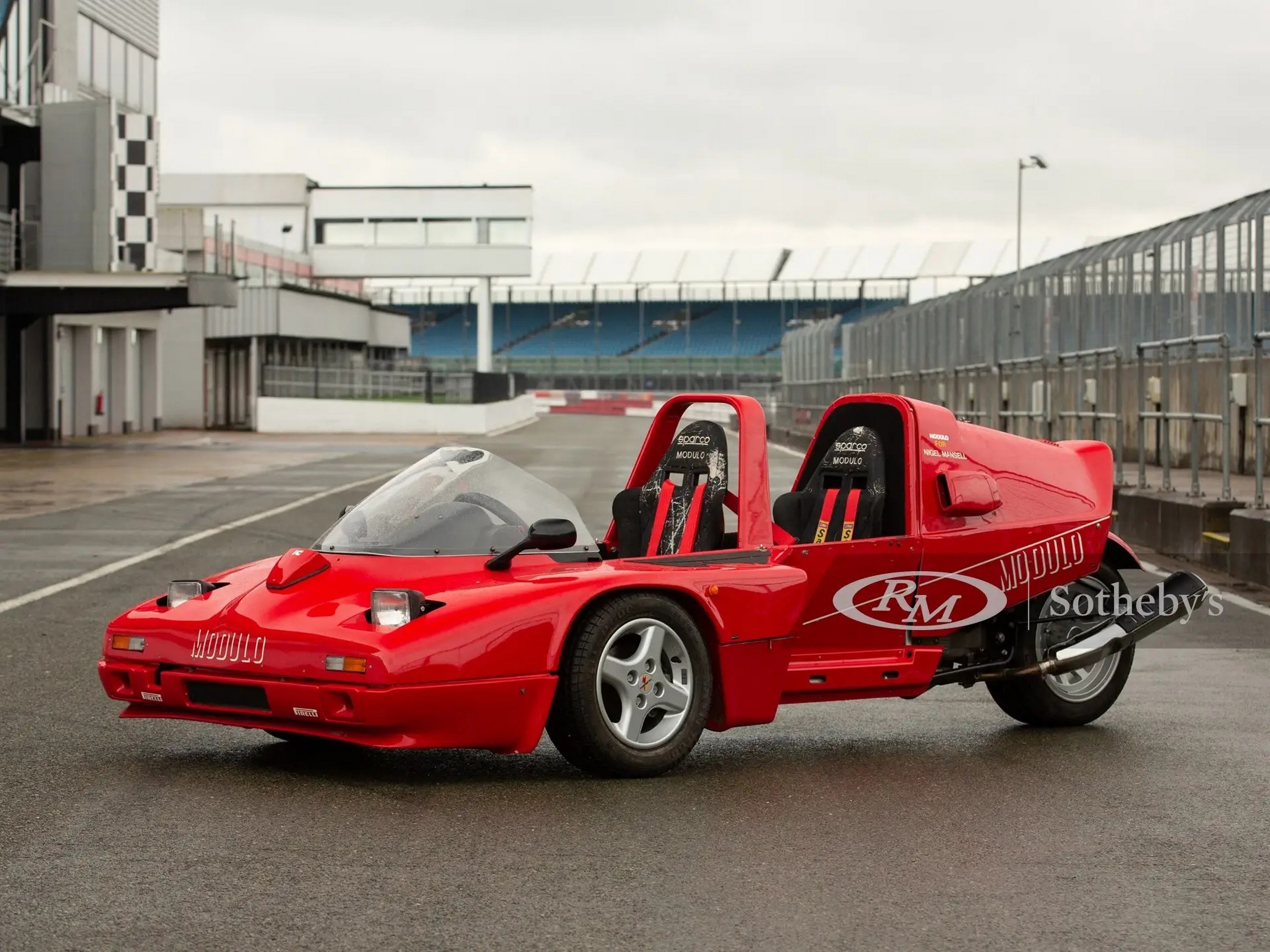 Last, but certainly not least, is a 1990 iC Modulo M89 bearing chassis number 001. Finding information on this vehicle is next to impossible, but the auction listing says it is powered by a BMW motorcycle engine and that this specific chassis belonged to its designer, Carlo Lamattina.

The story goes that it was given to Mansell as a gift. The F1 driver piloted one in the paddock at Monza after qualifying in pole position at the 1992 Italian GP. The car will come with a letter from Lamattina, a brochure, and photos of Mansell with the car in Monza. The three-wheeled motorcycle-car hybrid is definitely a head-turner.

The entire Nigel Mansell Collection will be part of RM Sotheby’s Monaco sale, set to be held on May 14 alongside the Monaco Grand Prix.


Controversial YouTuber Shows Us How NOT To Recover A 4x4
Get Some: Worthy 2020 Automotive Black Friday Deals
Nissan Hires Pac-Man Creators To Give New Models 'Voice'
This 1966 Ford Mustang Restomod is Sexy in Black
100 Years of the Lincoln Motor Company
What Happened to the British Automotive Industry and Where i...