The Mopar Dodge Challenger Drag Pak test vehicle was revealed ten months ago and now Dodge has finally revealed the real thing after all these months of teasing it in front of us. Unlike the standard Challenger or even the SRT versions, the Mopar Drag Pak Challenger is meant for an entirely different type of driving. Drag Pak Challengers are prepped from the factory to be as successful on the drag strip as they can be from a factory setup. Basically, Dodge is taking all of the work out of building your own drag monster and simply making it available for purchase. 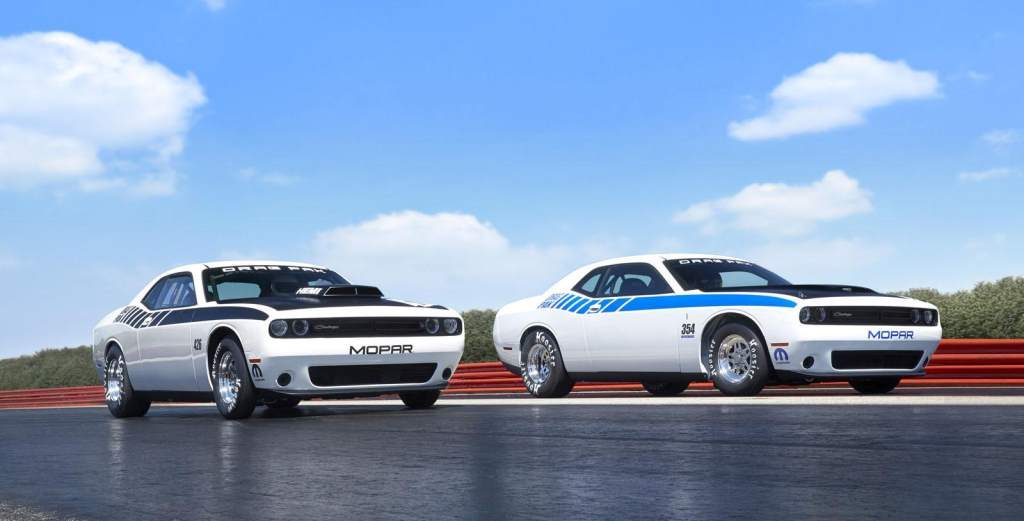 According to Mopar Motorsports Marketing Manager Dale Aldo, “In the first runs the new Drag Pak ran consistently in the eights [eight-second range] while improving times at the 60-ft. mark and also performing very well in the quarter mile. Once our customers get the car on the track, we feel it’s going to be a clear winner.”

You heard that right, this is a factory muscle car that can run a 1/4 mile in under ten seconds – hell, under nine seconds – right out of the box. That’s some serious game. 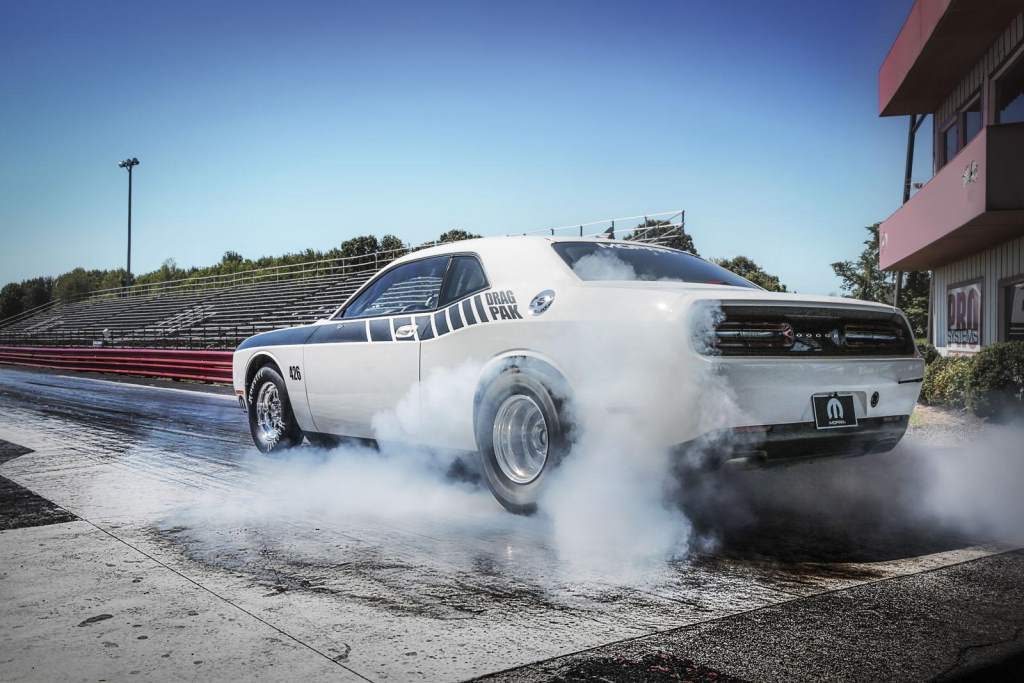 Considering this is a factory Mopar and not one built in a garage in Alabama, those are some pretty damn impressive numbers. It’s not often you see a manufacturer show exactly what it’s capable of on a mass-production scale, but then again, Dodge only plans to make 60 examples of the Drag Pak Challenger, so rarity is certainly still a factor.

The changes done to this car were quite profound. This shouldn’t come as a surprise, though, considering how much work has to go into a stock Challenger to leave it running 8-second quarter miles! Apart from the engine modifications, the wheels on the thing are 15 inches in diameter with radial drag tires on them, which is absolutely necessary for hitting those 8-second passes.

However, much more interesting changes were done to the suspension. Looking at drag racing as a rather simple sport is a mistake; it’s actually quite remarkable what sorts of modifications had to be done to the suspension in order to ensure the engine could put its full load to the pavement and achieve top-notch acceleration. 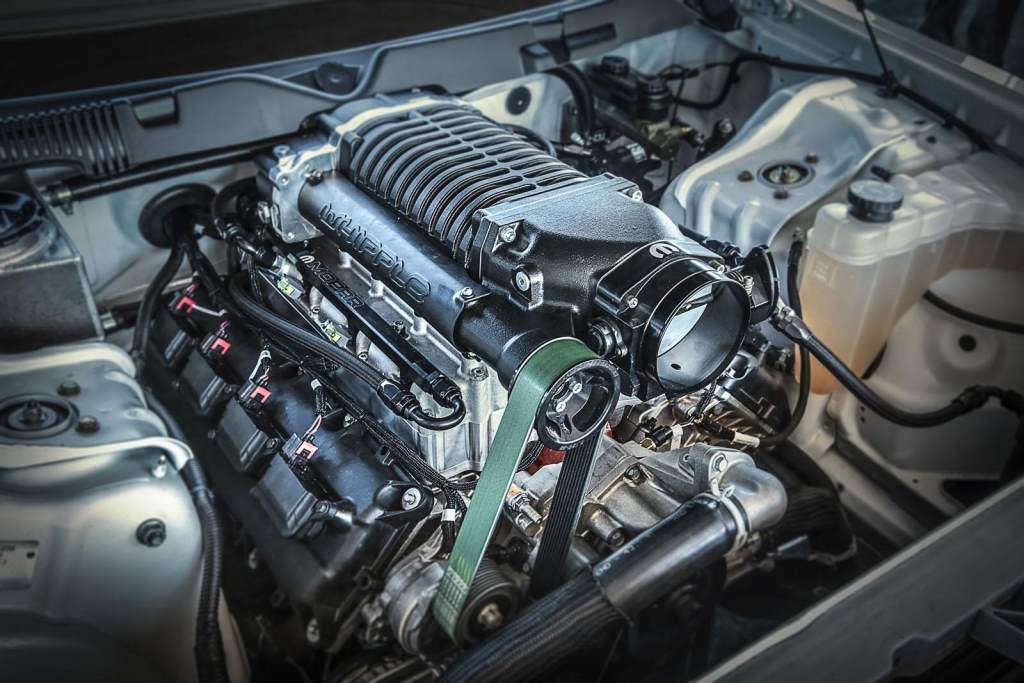 We will not try to put it better than Dodge, so here’s a rundown from the mouth of the cow about everything that went into the Challenger Drag Pak: “The vehicle’s front suspension sports a unique Mopar K-Member and suspension geometry, with double adjustable compression and rebound struts. At the back of the car is a four-link suspension with Panhard bar, Strange Engineering 4-inch solid axle with 9-inch aluminum third member, 40-spline gun drilled axles, shocks with adjustable compression and rebound and an anti-roll bar. The rear axle mounting has been strengthened from the previous generation Drag Pak to help the car launch faster and harder.” 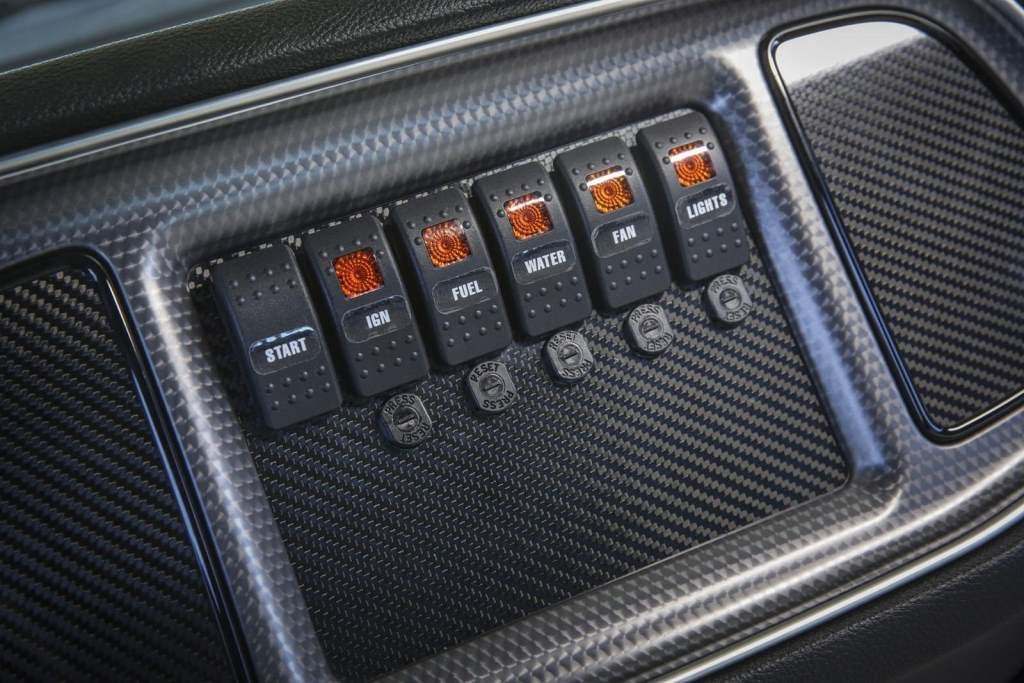 With all of this suspension and torque-delivering trickery, even the stock engine should be pretty capable of getting the Challenger down the line in a hurry, but Mopar has something else in store. The first option, of which 25 will be made, is a 426 ci naturally-aspirated aluminum block 7.0L Hemi V8 making an undisclosed amount of horsepower.

On the other hand, the Challenger Drag Pak can be had with a supercharged engine. The other 35 examples will be offered with a 354 ci cast-iron supercharged Hemi V8 and it is equally as mad as that large seven-liter engine. Both engines are mated with race-prepped transmissions and the cars meet all of the requirements of the NHRA. Basically, after you buy them, you could race them five minutes after. Aside from the highly limited production, another problem you might face is the price tag. You can scoop the naturally aspirated 426 for $99,426 while the supercharged 354 will run you $109,354. 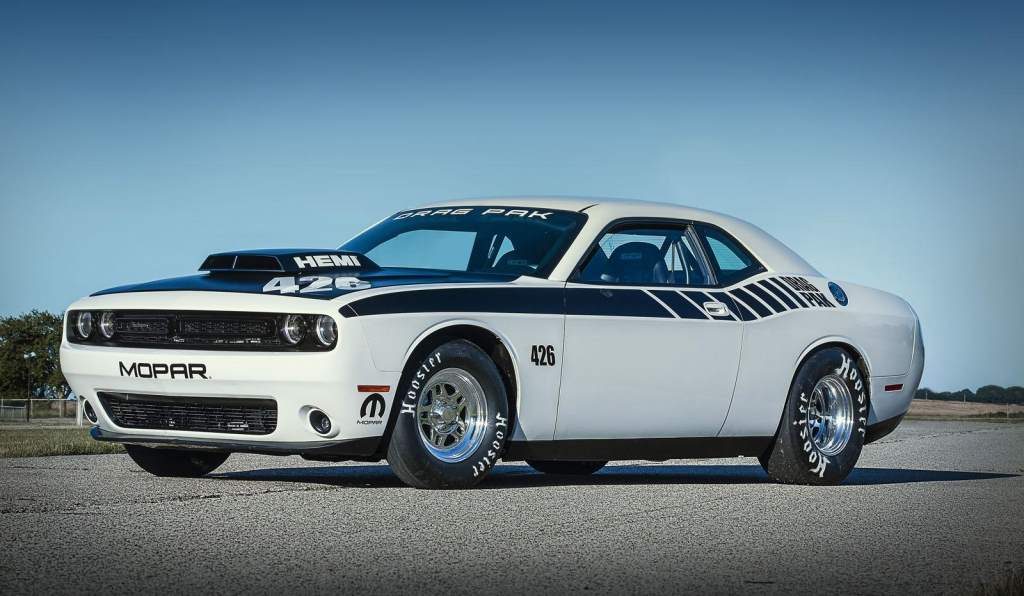