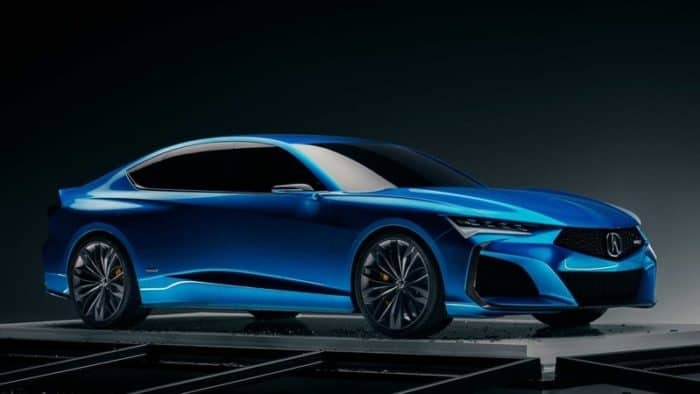 Honda’s luxury division has some catching up to do compared to its Toyota counterpart, Lexus, whereas it’s around the same level as Infiniti. After some important design-related changes during MY 2019, every single model within their portfolio is ready and set to shine in 2020.

The centerpiece of the next-generation of Acura models will be the new Pentagon grille which replaces the oddball beak unit from the late 2000s. From the MDX, on which it first appeared, to the ILX, which was the last of Acura cars to don it, the new Pentagon front should help the company reinvent its design language and finally take that necessary step forward. After all, they’ve never lacked in quality but a significant number of potential buyers went to their competitors. They simply didn’t want to buy a luxury car that they’d have to park nose-front in their driveways, in order not to scare off the innocent passersby.

Although it’s evident they’ve failed to take that vital step forward during 2018, the situation on the market dictates that Acura will finally be able to do so in 2019 and 2020. Here’s what to expect from the 2020 Acura models, and what to pay attention to when it comes to them. Also, take a look at what the Acura’s parent’s Honda portfolio will look like come MY 2020.

After years of absence from the market, the Japanese have finally decided to bring back the vaunted Type-S badge. The performance badge will make its first appearance on the next-gen TLX sedan before migrating to other Acura cars. To bring the Type-S badge closer to potential new buyers, Acura has created the Type S Concept car and presented it at the 2019 Monterey Car Week.

The second-generation Acura TLX itself will build on the recent late-first-gen model’s improvements which include a new grille among others. Further visual enhancements will consist of some standard bits usually present in performance cars which include a more aggressive front, beefier side skirts, and a similarly executed rear end. The Type S concept itself is pretty production-ready-looking, and quite a stunner at that as well.

The conventional TLX with a V6 engine and all-wheel drive costs between $38,000 and $46,000 depending on chosen technology and convenience packages. Expect the Type-S TLX to sit atop the lineup and cost even more than that, but not by much.

There’s still very little info on the next-gen Acura TLX’s powertrain lineup, especially when it comes to the forthcoming Type-S models. The Japanese have announced an all-new Acura-exclusive turbocharged V6 mill already in development, but there hasn’t been any word on it since the 2018 Detroit auto show.

It’s expected they’ll utilize the NSX technology minus the hybrid bits. Of course, the NSX’s 3.5L V6 also makes 573 horsepower which is a bit over the top for a luxury mid-size sedan of the TLX’s stature. Future 2020 Acura TLX Type-S owners should be more than content if their performance luxury sedan manages to develop 350 horsepower since that’s what it German competitors (Audi S4 and Mercedes-Benz C43 AMG) currently make.

We also know that the next-gen TLX Type-S will sport Acura’s all-new Super Handling All-Wheel Drive which should help with the extra power. Also, the Japanese will almost certainly fit the Type-S with upgraded suspension, beefier brakes, and recalibrated steering. 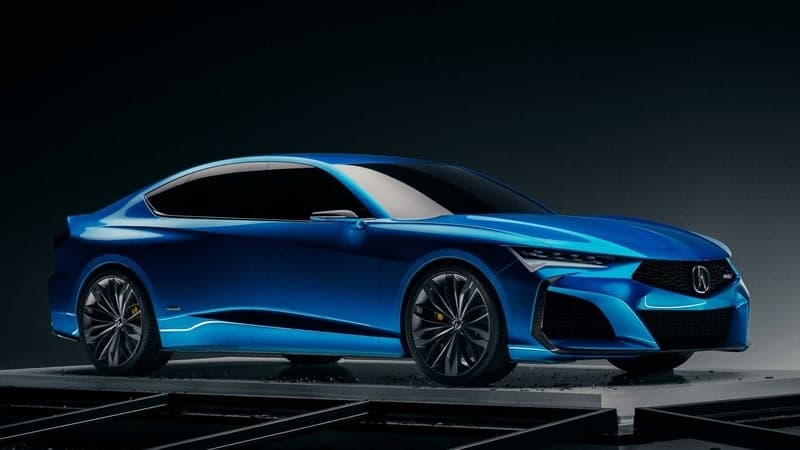 Despite being a couple of steps in front of its predecessor, the new RDX didn’t come without a few problems of its own. A not-so-soft ride will likely remain its main shortcoming throughout this generation’s run, but at least the Japanese can fix the touchpad issues as the new 10.2-inch screen and the RDX’s infotainment system can give their owners a major headache.

Prices ranging from $38,500 and $44,800 with destination charge included remain intact. In other words, Acura’s compact crossover offering continues to undercut its German rivals by quite a margin. Advanced features like adaptive cruise control are still only available as options on upper tiers.

The new RDX doesn’t offer a choice in powertrains, but neither do most of its rivals. A 2.0L turbocharged 4-cylinder mill develops 272 horsepower and 280 pound-feet of torque which is more than plenty for a vehicle of its size and weight which, by the way, sits just shy of 4,000 pounds.

Although it sports a smooth contemporary 10-speed automatic transmission with paddle shifters, the RDX still feels sluggish when shifting. Hopefully, the Japanese will fix that as soon as possible as well.

All things considered, the 2020 RDX finds itself well within the compact luxury crossover’s boundaries in pretty much every segment. Thanks to its new, handsome design, however, Acura’s latest addition to the crossover game should see some improvements on the sales front. After all, 2018 was the RDX’s best year so far and first half of 2019 has showcased further improvements in that regard. 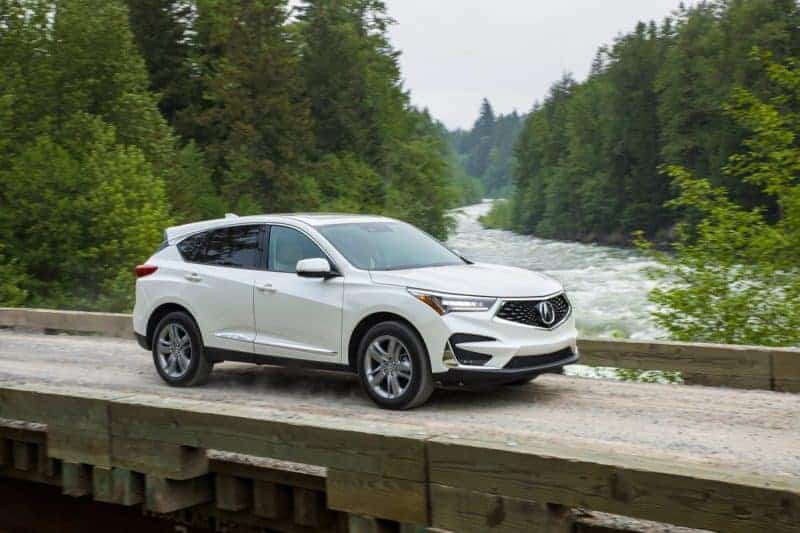 A few years have passed now since this legendary Japanese sports car has returned to the fold, and it’s showing no signs of stopping. However, it hasn’t shown any signs of stepping up either and 2018 has been its slowest year thus far, sales-wise. After months of numerous rumors about the 2020 Acura NSX Type-R – or Type-S in Acura-exclusive speak – circulating around, the time has finally come for something more palpable to happen.

Although the NSX is already near-perfect the way it is, the performance version (as if the regular models aren’t quick enough) will give the NSX a much-needed wake up call and should help boost sales once again.

The rumored Type R NSX should be good enough for 641 horsepower if the rumors behind it are accurate. It should be able to draw all that power from the same powertrain the regular NSX has been sporting since its inauguration back in 2016. Speaking of which, a combo of three electric motors and a 3.5L twin-turbo V6 engine are good enough for 573 horsepower and 476 lb-ft of torque at the moment.

A dual-clutch 9-speed automatic gearbox and mandatory all-wheel drive are also a part of the mentioned setup. Blistering acceleration and a corresponding top speed are definitely some of the NSX’s strongest points, but being a sports car for a multitude of different scenarios is arguably the biggest.

If the Japanese manage to upgrade the interior build quality – which should be a no-brainer for a car that starts from almost $160,000 – they’ll get themselves one of the best borderline supercars ever devised. The company has already made numerous chassis improvements and added new available exterior color palette which have bore fruit in terms of 2019 sales.

With 2020 already here, however, it would seem we’ll have to wait for the Type R NSX a little bit more. Possibly until MY 2021. 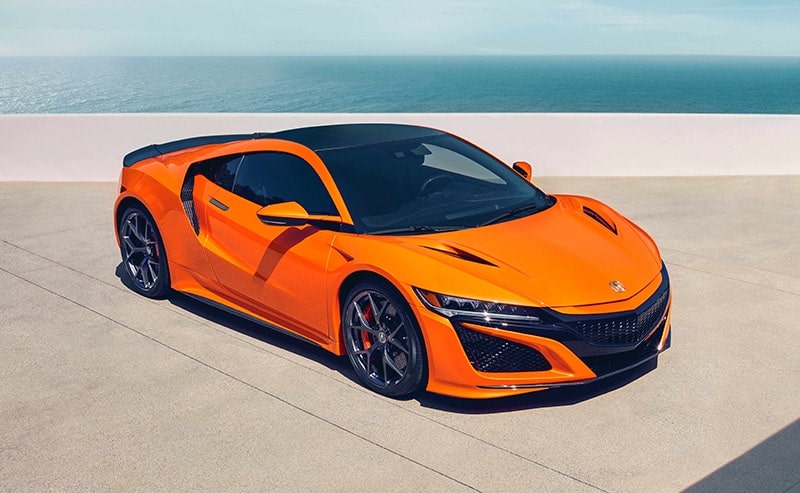 The largest Acura crossover is now seriously beginning to show its age despite receiving a diamond Pentagon grille update for MY 2017. The 2020 Acura MDX carries over without any visual improvements or added features to that matter.

The earliest we can expect the next-gen model is mid-2020 as 2021-year model which leaves the 2020 MDX with very limited possibilities. The Japanese have simply recycled the 2019-year model while simultaneously raising the entry-level model’s and hybrid’s prices by meager $100. At least all MDX models are Apple CarPlay and Android Auto compatible.

Speaking of prices, the current-generation MDX costs between $45,000 for the Standard trim with front-wheel drive and $60,000 for the all-wheel-drive hybrid models with Advance Package. The base MDX Sport Hybrid, however, retails for around $53,900 with destination charges included.

The same goes for the 2020 MDX’s powertrains which could use some additional punch in the future. For now, though, the conventional 3.5L V6 and the hybrid 3.0L V6 are good enough for either 290 hp and 267 lb-ft of torque, or 257 hp and 218 lb-ft respectively. The hybrid models get help from additional three electric motors and a lithium-ion battery pack which raise the total output to 289 ponies and a corresponding amount of torque.

They also return up to 27 mpg combined, whereas the conventional models deliver fuel economy of either 22 or 23 mpg combined depending on a chosen setup. Although commendable, these figures will soon be insufficient, hence the Acura MDX for MY 2020 wouldn’t be our first choice when it comes to both the three-row luxury crossovers or Acura vehicles themselves. 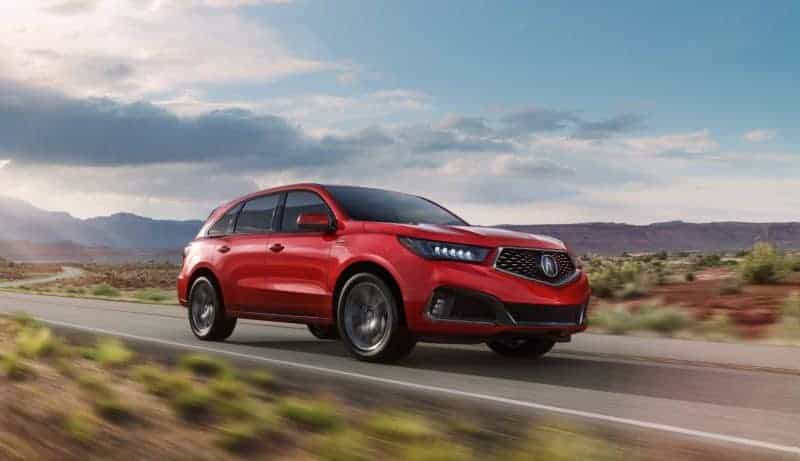 The ILX sedan is one of the most outdated cars in its segment having received its last substantial makeover back in Spring of 2012. Despite a couple of facelifts in the meantime – the latter of which finally sent the outdated beak grille into retirement – the ILX hasn’t exactly aged gracefully.

The fact that the 2020 Acura ILX carries over unchanged doesn’t do the small luxury sedan any favors either. At least the last facelift for MY 2019 brought a $2,200 price cut as well, hence the current ILX costs between $27,000 and $32,500 (with mandatory delivery expenses).

However, the ILX is showcasing true luxury arrangements only from the $30,500 Premium trim with Technology Package onward (and there’s only A-Spec package above that). More affordable models might have gotten slightly larger 7-inch touchscreen displays, but you can forget about any standard advanced safety gear in them.

No major changes to the ILX’s underpinnings mean there were no changes in the powertrain department either. Although it weighs just over 3,100 pounds, the 2020 ILX could do with more than 201 ponies and 180 pound-feet of torque. Its 2.4L naturally-aspirated 4-cylinder engine coupled with an 8-speed dual-clutch automatic gearbox simply can’t provide more at this point.

The next-gen models will have to address that issue but they won’t arrive prior to MY 2021 or 2022 (if they ever arive at all), hence the Acura ILX for 2020 appears in a less popular section of our list here. 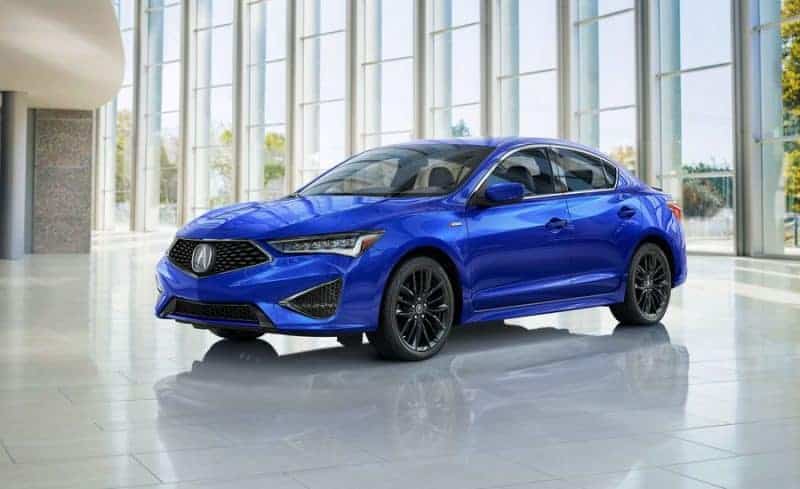 At the other end of the Acura sedans spectrum sits the large RLX which stems back from MY 2014. In other words, another facelifted luxury sedan whose time is quickly running out, although not as quickly as it is the case with the compact ILX.

Although comfy and powerful, the RLX is by no means a driver’s car. Large luxury cars rarely are. It does have a few other strong points, though, mainly its high-value package. The newest RLX Sport Hybrid SH-AWD sedans cost more than $62,000 which is certainly no mean feat, but considering what you get for the price, they still undercut their competition by a vast amount. The Acura RLX is packed with every single feature that might cross your mind in what’s a rare no-nonsense fully-equipped package, and we’ve got to give credit where credit’s due.

The Acura RLX Sport Hybrid SH-AWD is also the only way to obtain the large Acura sedan at the moment. It combines a 3.5L V6 engine with a trio of electric motors (one up front and two at the back), for a combined output of 377 ponies and 341 pound-feet of rotational force. The system is paired with a contemporary 10-speed automatic transmission which, of course, routes the RLX’s power to all four corners.

Despite a few shortcomings, the RLX is still arguably the best of Acura sedans. It’s still not something we’d be willing to jump on at this particular moment, but who would say no to a fully updated next-gen large Acura luxury sedan? A thought we’ll obviously leave for MY 2021. 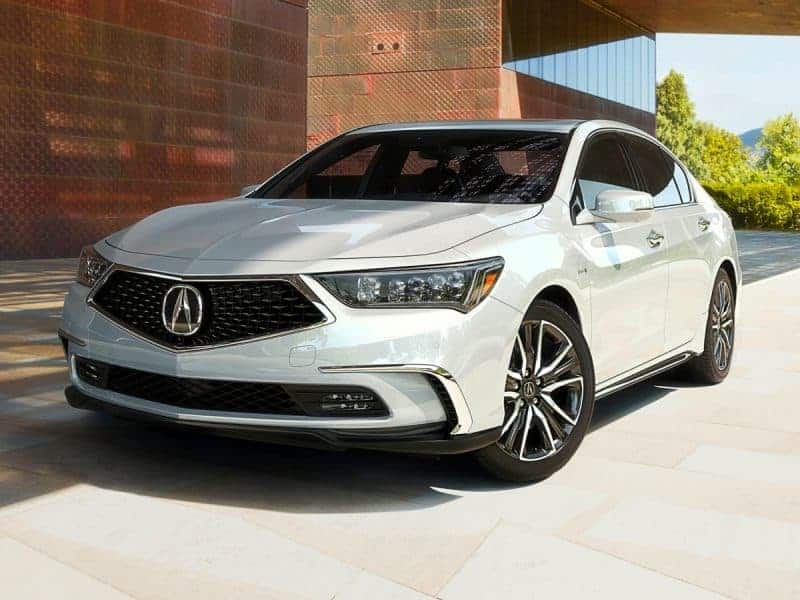