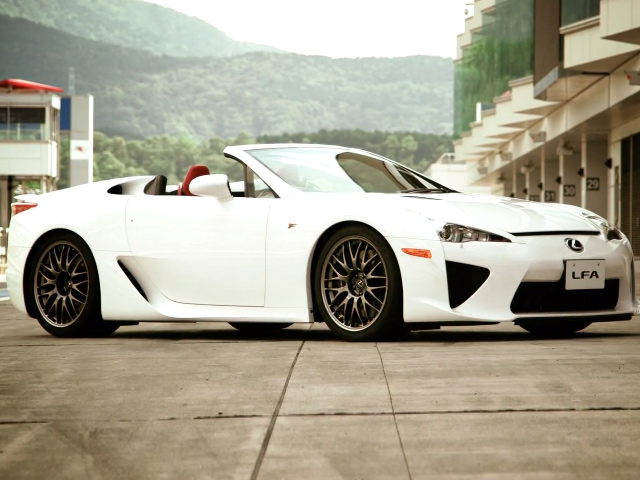 So, how many of you out there know about that over priced, piece of futuristic Japanese technology called the Lexus LFA? You know the one, that sounds like a tenor in a Ferrari symphony, and has as much power as a Nissan GTR. Yes that one, well it seems that the world renown Jay Leno decided to head over to Japan for a quick trip, to visit the factory where the Almighty LFA is built. 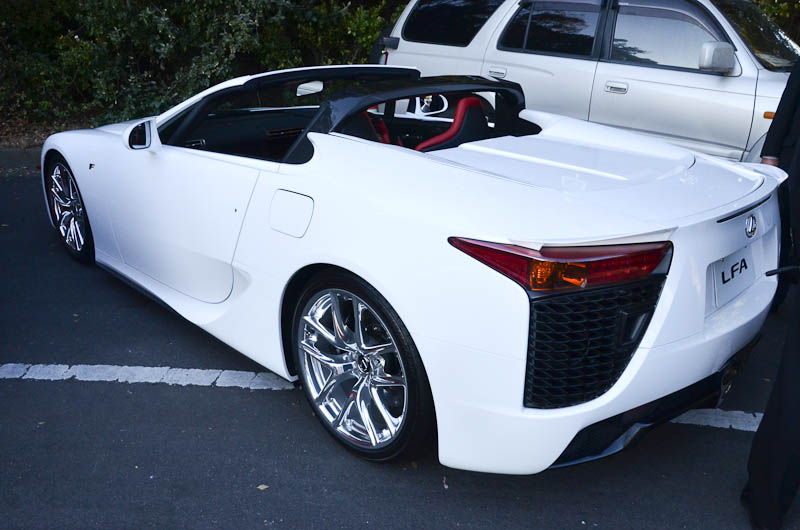 So here’s the thing, Jay Leno’s visit enlightened all of us Autowise to a fact that the 500th Lexus LFA to roll off of the assembly line will not only be last of the line, but it will also be a never to be continued, one off model as well. This segment is about the 2012 Lexus LFA Spyder. So this model that Jay seems to fawn, and gush over is a pretty good looking car, (granted I’m not a big fan of the LFA) and it keeps the same looks of the hard top model. The odd looking, but aggressive front fascia doesn’t change, neither does the rest of the car. So what’s the big deal about this car? 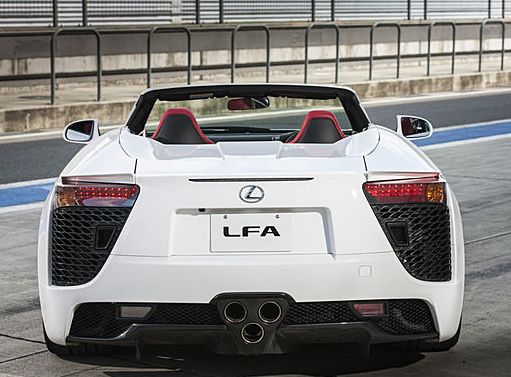 The deal is, this 2012 Lexus LFA Spyder is a permanent open air driver, a roadster if you will. This is because, Lexus had decided to simply say, “To Hell with a top, why bother?” Just try to imagine that in Japanese. Anyway the Spyder will not have a top that will ever actually be made for it. It’s as simple as that. It’s only through speculation that the $375,000 dollar price tag for this uber tech car is what’s killing any future production of this car. The 2012 Lexus LFA Spyder would be a good idea if it were to cost about $295,000 dollars less than what it currently costs now. Even BBC’s Top Gear, Richard Hammond said the car is amazing, but not worth the money you would have to shell out for it. I mean seriously folks, the GTR has excelled to the point where, tuners are building them with over 1500hp, and still haven’t broken the 300k mark yet.

In all honesty, I can agree with Jay Leno on the premise that the 2012 Lexus LFA Spyder would be the quintessential car to own, and drive anywhere in the world, mainly for the enjoyment of the sound. The LFA has a sound that can rival a Formula 1 car, and in the Spyder version, that sound is just that much more intensified. A symphony of exhaust tones, orchestrated by valve springs, cams, lifters, push rods, and all controlled by the ECU. For what it’s worth the 2012 Lexus LFA Spyder is a car that most likely Jay Leno will probably end up owning, and in 40 years when cars can levitate it’ll probably be worth the $400k he paid for it. Until then, it had a good run, and now it’s time for the hybrids to shine, and take over the world. 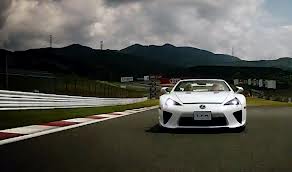