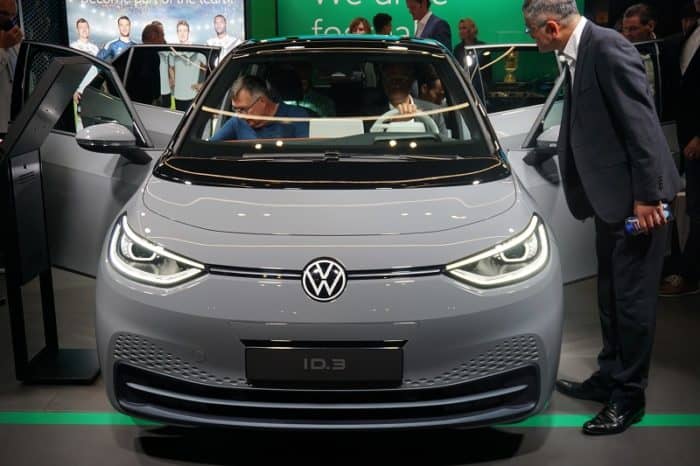 One of the most exciting cars to be unveiled at this year’s Frankfurt Motor Show is the Volkswagen ID.3. Not only is it a first from the company, but it’s also a major part of the auto giant’s rebranding strategy. With the future of the automotive industry looking decidedly electric, VW has big plans. In fact, the company wants to sell a million electric cars a year by the year 2025, and the all new ID.3 seems to be the brand’s new poster boy. It’s claimed to be the first of 33 new vehicles based off of this platform, so prepare to be dazzled. 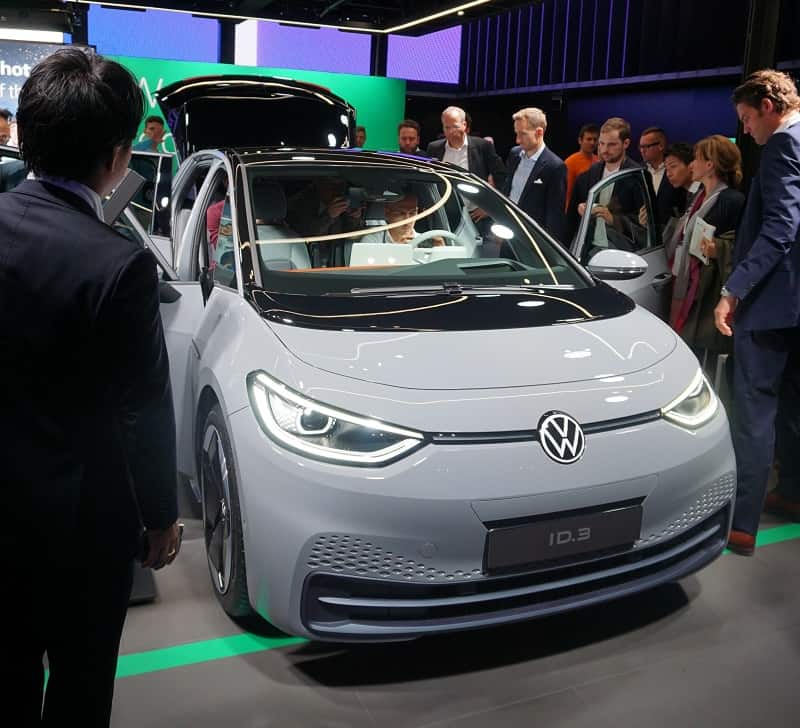 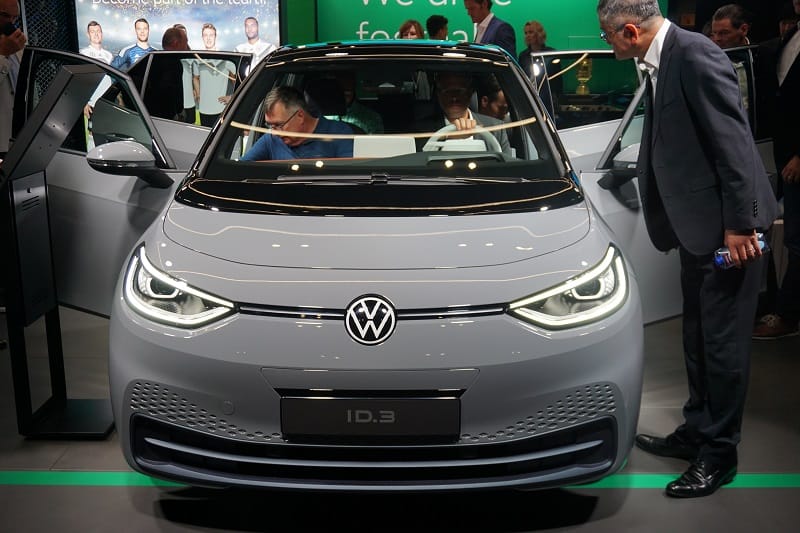 Most of the news about this car shouldn’t come as a surprise. It’s been caught out testing on a couple of occasions, and VW hasn’t exactly been quite about the new vehicle’s planned performance specifications. For example, we already knew that the ID.3 would boast advanced lithium-ion cells with a charging capacity of up to 125 kW, beating out most other electrics on the market apart from premium models like Tesla’s Model X, and the Audi E-tron. These batteries are also capable of retaining at least 70% of their capacity after 8 years or 100,000 miles, can be charged to accommodate 162 miles of range in a half an hour fast charge window, and they come in three range capacities. The battery options will start with a 205 mile range per charge option, a mid-range 261 miles per charge option, and a premium 342 miles per charge option, with each battery rated at 45 kWh, 58 kWh, and 77 kWh respectively. 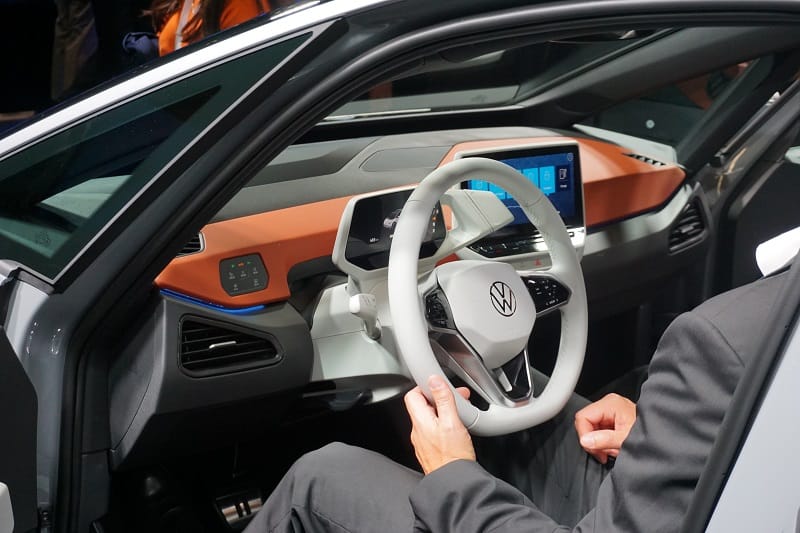 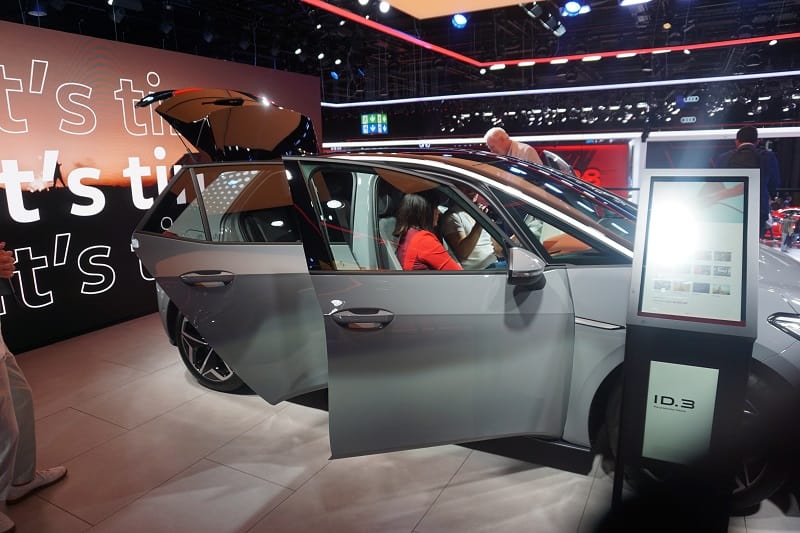 The ID.3 will be available in three trim levels (First, First Plus, and First Max), though not all trim levels will be available in every region. However, voice control, in-car navigation, and IQ lighting are standard across the board. The idea of the car was to make driving as simple as possible, so there’s a simplified dash, an augmented reality HUD windshield, and automatic touch displays everywhere!

In total, VW claims that is has already received a staggering 30,000 pre-orders for this cute little hatch, with 15,000 of those coming in in a single week. It’s not hard to see why: it’s has the practical and compact size that’s similar to the Volkswagen Golf, but without the usual space that an internal combustion engine demands, it makes it a much more spacious car on the inside, more akin to a medium-sized car instead.

This platform is expected to be as iconic to the VW brand as the Beetle and the Golf, and the second new model based on the ID.3 will be unveiled next spring. Until then, here are some taster concepts of potential future ID.3 products. 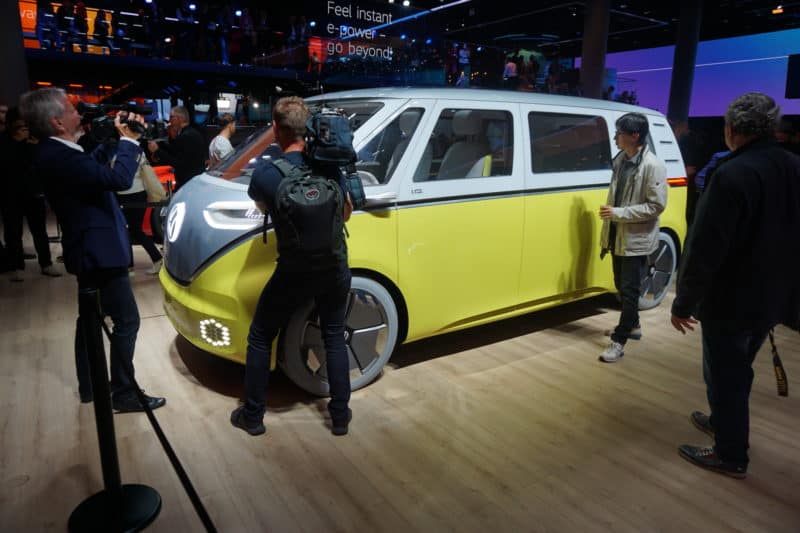 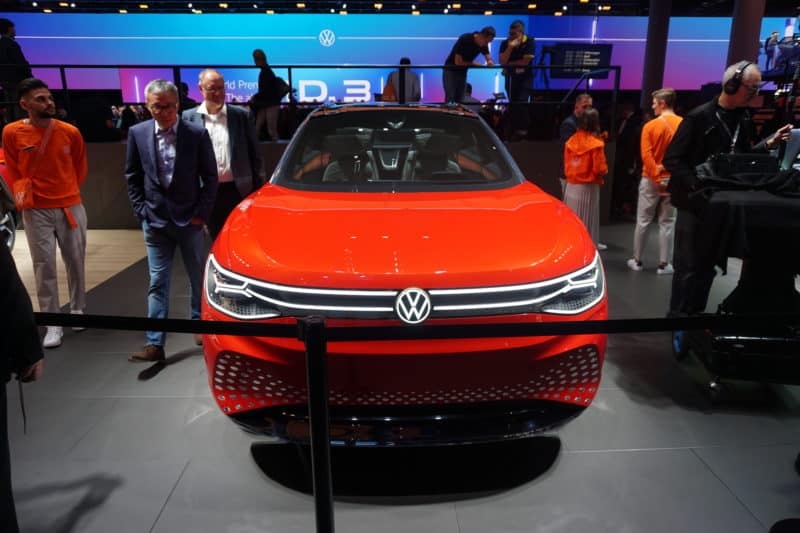 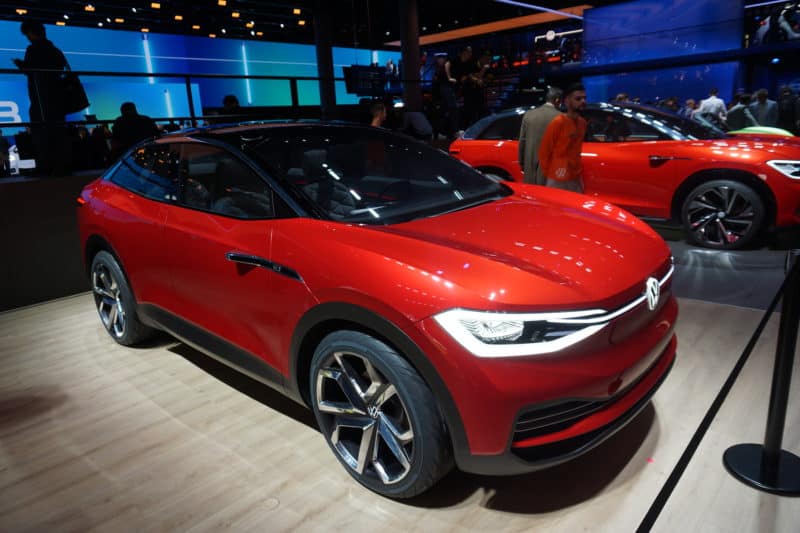 Deliveries of the ID.3 are expected in April 2020 for European customers, with a US delivery date penned for later on in the year. Until then, take a look at these pictures and tell us what you think.

This article will be updated shortly as more information comes in.