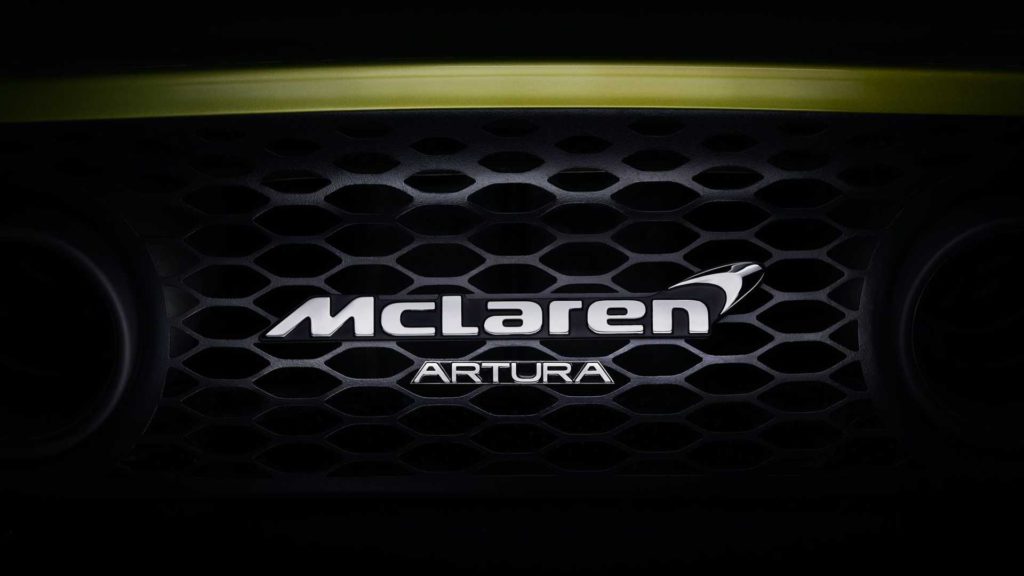 Rumors have been swirling in regards to how McLaren was going to adapt and change its game in the face of tightening fuel mileage regulations, especially in its home European market. The British company neither confirmed nor denied the rumors, but the firm has chosen the opportunity to reveal some new information on its upcoming hybrid entry and revealed that the newly christened 2022 McLaren Artura is on track towards making its global debut. But what will the Artura bring in terms of electrification technology for the supercar maker, and how will it be a key player for the company moving forward after it replaces the 570S?

Before we get into some of the green technology that will be making its debut on the Artura, we might as well look into where McLaren got the Artura moniker from? The name itself is derived from the Celtic language and is roughly translated into meaning “noble.” The addition of the Artura also signals a prominent shift for McLaren in terms of naming structure with the company apparently pitching its long-standing practice of using numeric focused names for its models. Other automakers have also embraced this trend recently as the numeric naming structure rapidly becomes more complex and they are thus forced to return to traditional nameplates.

The Artura nameplate could also possibly signal the broader direction for the model, with the hybrid supercar perhaps being targeted towards an audience that would prefer to have comfort and luxury over raw speed and track capability. We have already seen a glimpse of this with the McLaren GT, and it would not be a big surprise if McLaren chose to bring some of the GT’s luxury nature into a lower price bracket. 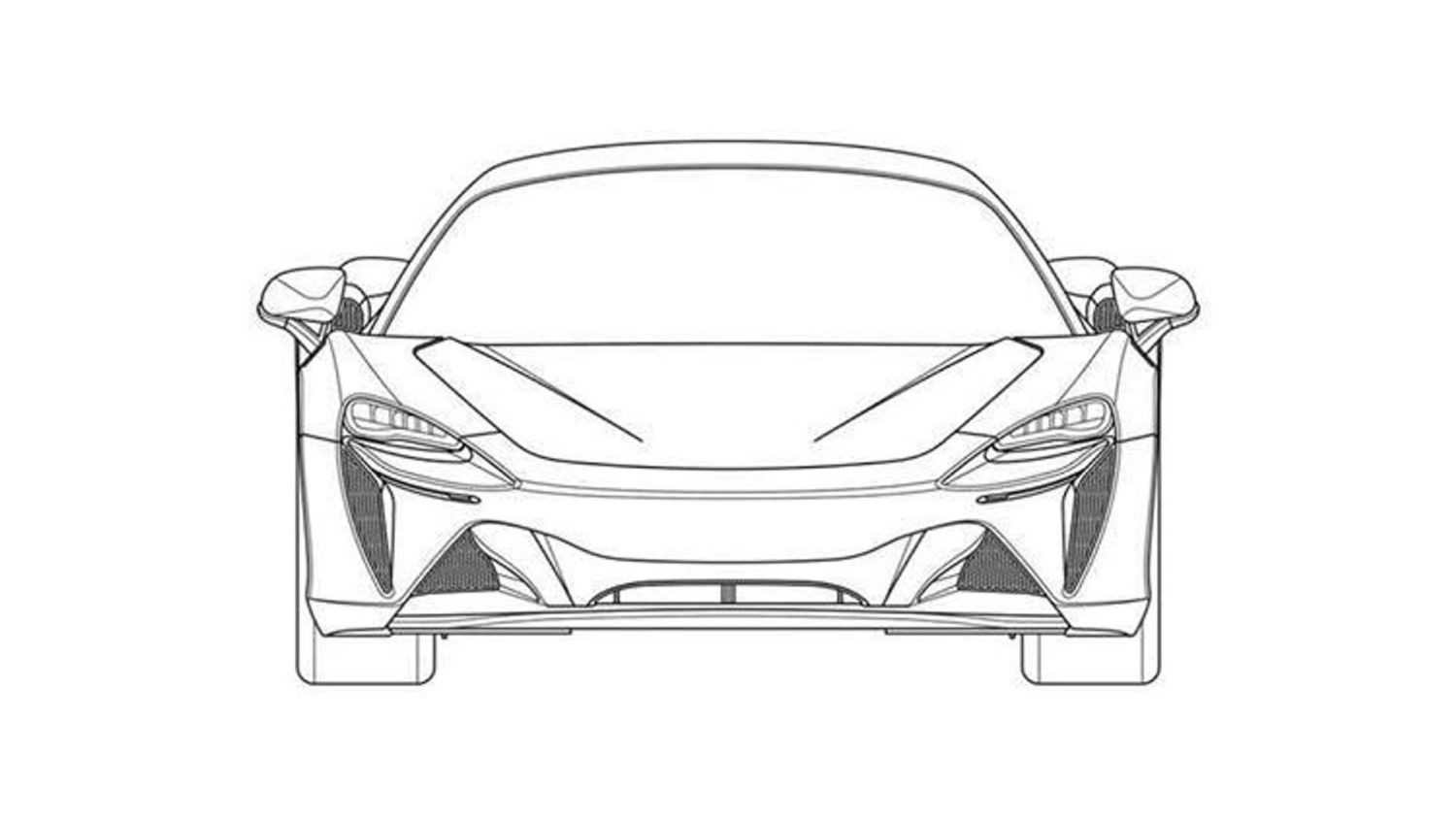 The company only released two teaser images of the Artura’s rear end to go along with its announcement. But images surfaced via a Chinese filing in the World Intellectual Property Organization (WIPO) appear to show that designers are not straying too far away from the core themes that define current Mclaren models. 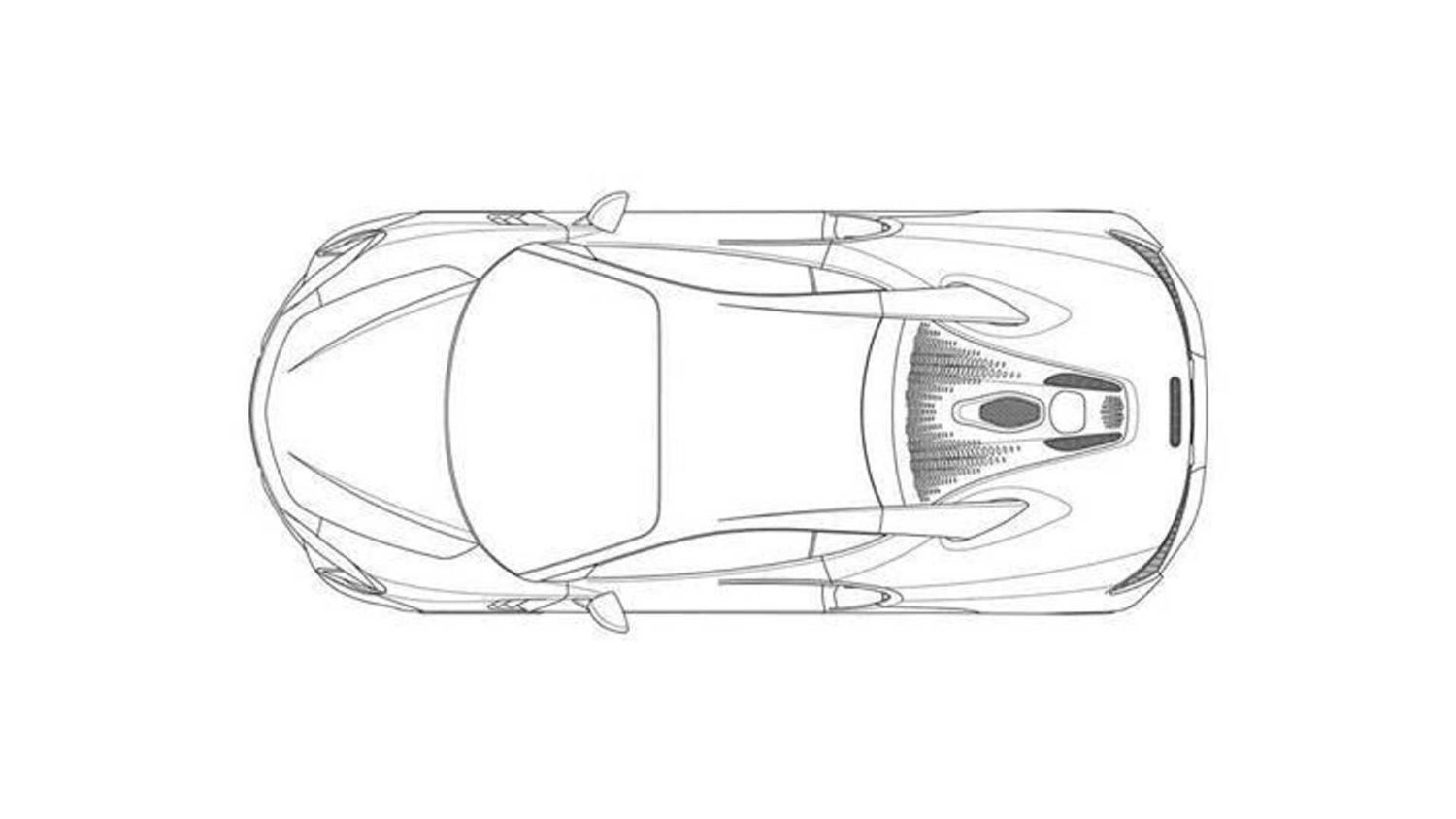 A key pivot here with the 2022 McLaren Artura is that it will be the first offering to be built on the company’s all-new MCLA platform. Unlike other McLaren offerings which use the older MonoCell platform, this platform is designed to be much lighter and it has also been designed from the ground up to accommodate electric motors as well as the battery packs needed to provide them steady streams of juice. It’s unknown how many electric motors will be on board in the Artura, but we suspect that there will be enough to help add some serious extra zest to the dino juice guzzling engine. 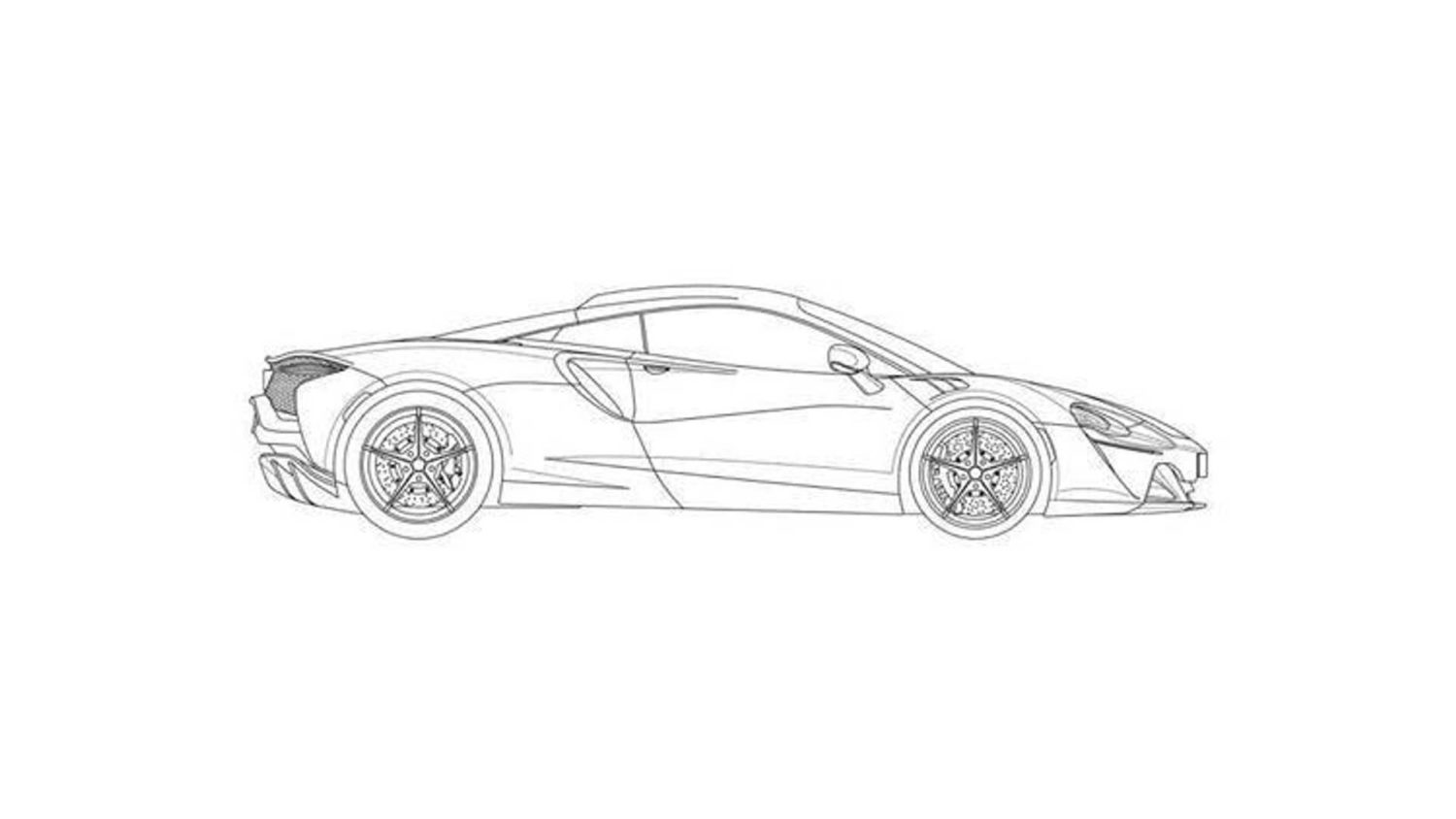 Speaking of the engine, it’s expected to replace the 3.8-liter twin-turbocharged V8 that has been powering all of McLaren’s lineup for the past several years. That particular engine makes over 600 hp in its most potent form. The latest round of rumors suggesting that its replacement will be a turbocharged V6.

All of this baked-in flexibility will be the true calling card of the MCLA platform, with McLaren engineers having the ability to easily swap out the number of battery packs or motors that can be equipped to a model built on it without investing too much money and effort into reconfiguring MCLA for a specific use. 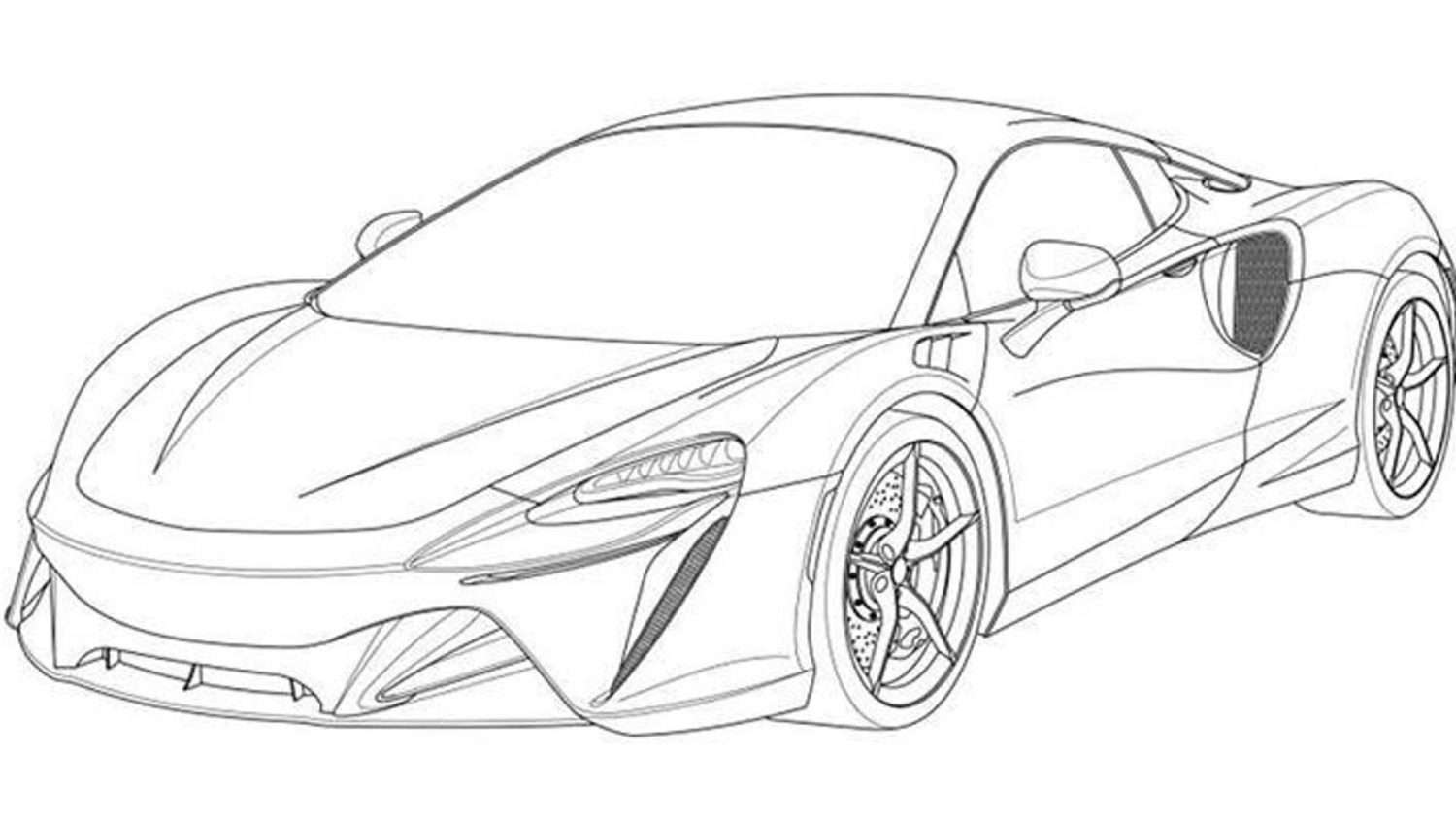 A key challenge that exists when electrifying any vehicle is managing the weight gain that often comes with the batteries and electric motors. These components can add a lot of heft to a vehicle, and that can result in having vastly altered driving dynamics when it’s tasked with going around town. McLaren is keenly aware of this and is surely reaching into its bag of motorsports tested tricks to try and mitigate any weight gain.

One way it could achieve this is through a massive infusion of lightweight materials into the Artura. The fore-mentioned platform would be a very good blueprint for how to proceed, with McLaren engineers adding more lightweight materials like carbon fiber, magnesium, and aluminum to certain structure points inside and out. It would seem that the company is already exploring this particular route, with McLaren CEO Mike Flewitt promising that the car would only gain about 66 to 88 lbs of weight after the batteries and electric motors are added in. That’s very impressive and should translate into a driving experience that will have a much more satisfying feel to it when compared to some of the Artura’s potential rivals.

When Will The 2022 McLaren Artura Debut? 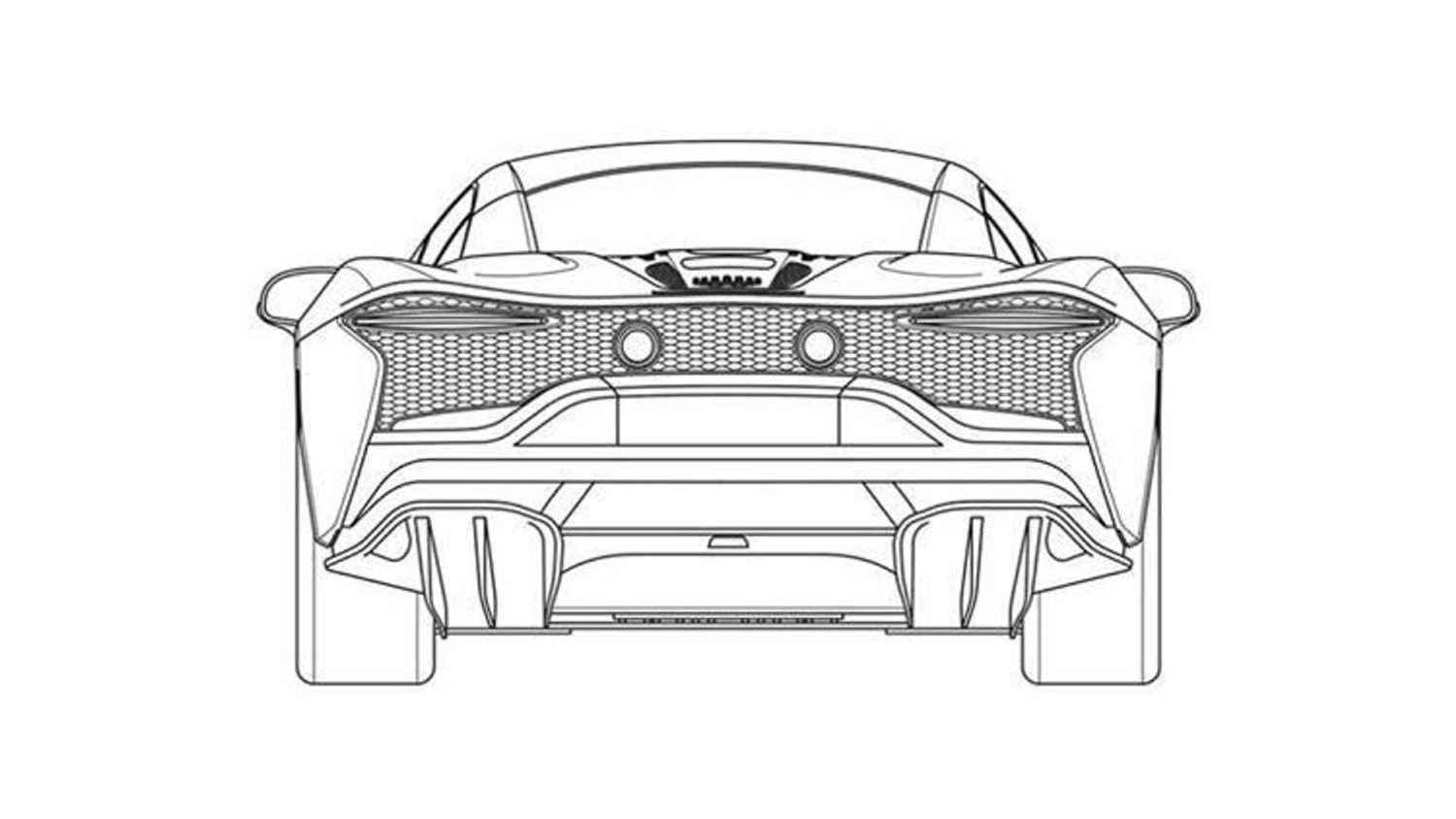 McLaren has still not revealed when the 2022 Artura will hit the road. But, the appearance of teaser images, as well as an official confirmation of the Artura moniker, indicates that consumers will not have too much longer to wait. We suspect that McLaren could either unveil the model towards the end of the year or perhaps choose to do so in early 2021. Either way, the Artura will be a much-awaited debut, and it will also show how McLaren intends to evolve and adapt to a rapidly changing market. That’s especially true in its home European territory where tightening fuel economy regulations are forcing automakers to invest more into hybrid and pure electric models to try and reach certain mileage targets. 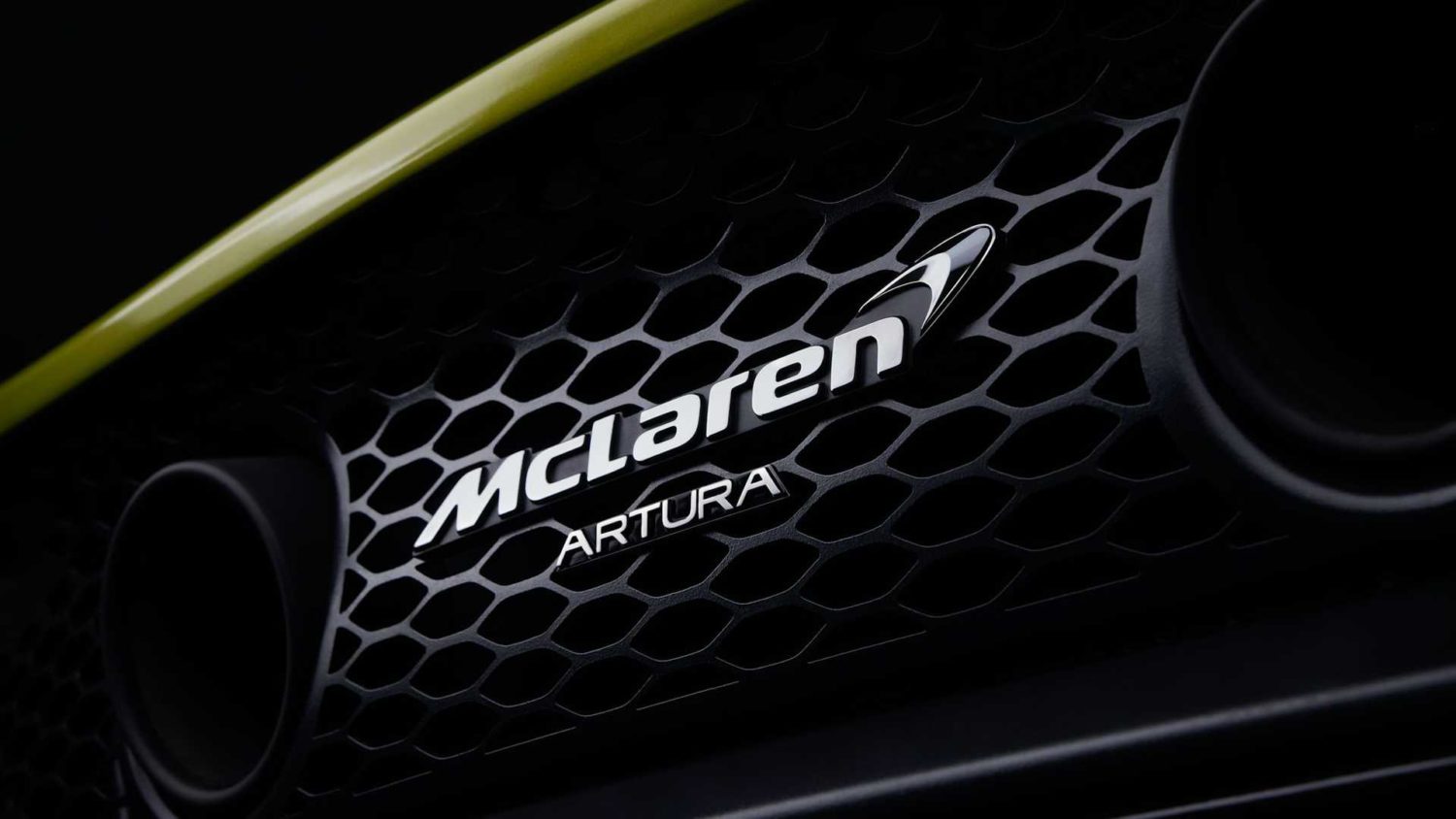