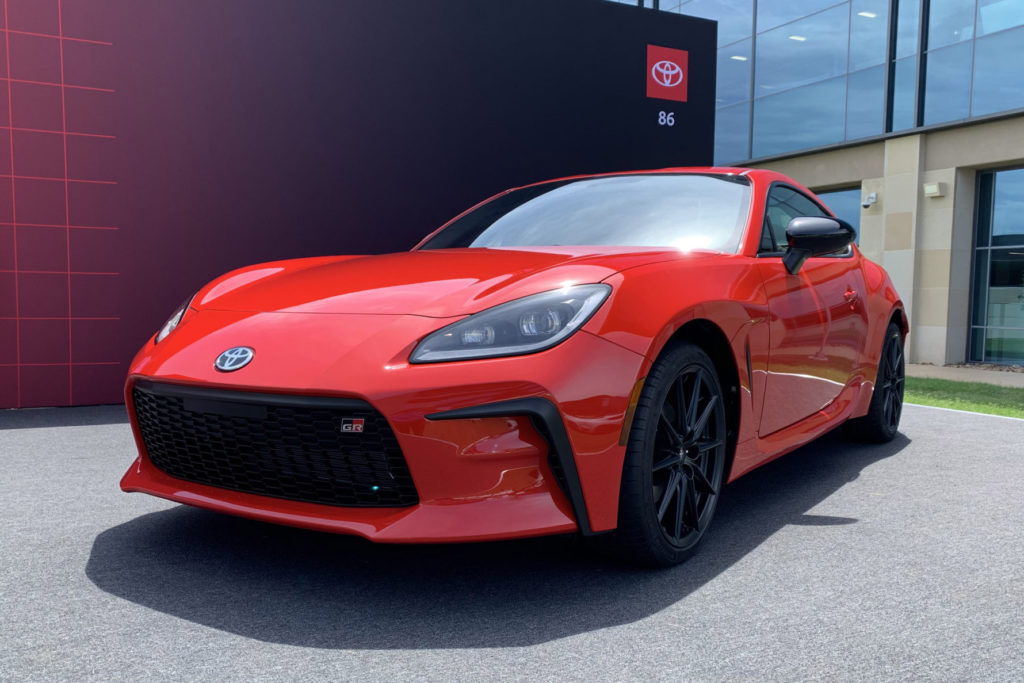 One of the biggest complaints of the original Scion FR-S, (and Subaru’s version the BRZ) when it came out in 2012, was its 2.0L flat-four’s power. Not enough of it, for starters, and a less than ideal power curve to boot. Power did not steadily build with rpms, rather it went through some minor peaks and troughs as revs climbed. Many clamored for a turbocharger. None came—from the factory at least.

Ten model years have passed. Over that time, Scion ceased to exist and the name of Toyota’s sub-Supra two-seater changed to 86. For the 2022 model year, the name is changing again, as is the platform, powertrain, and chassis.

Let me introduce you to the 2022 Toyota GR 86, the naturally aspirated, front-engine, rear-wheel-drive, 3-pedal, low-slung, driver’s car you’ve been asking for.

Naturally Aspirated, As It Should Be 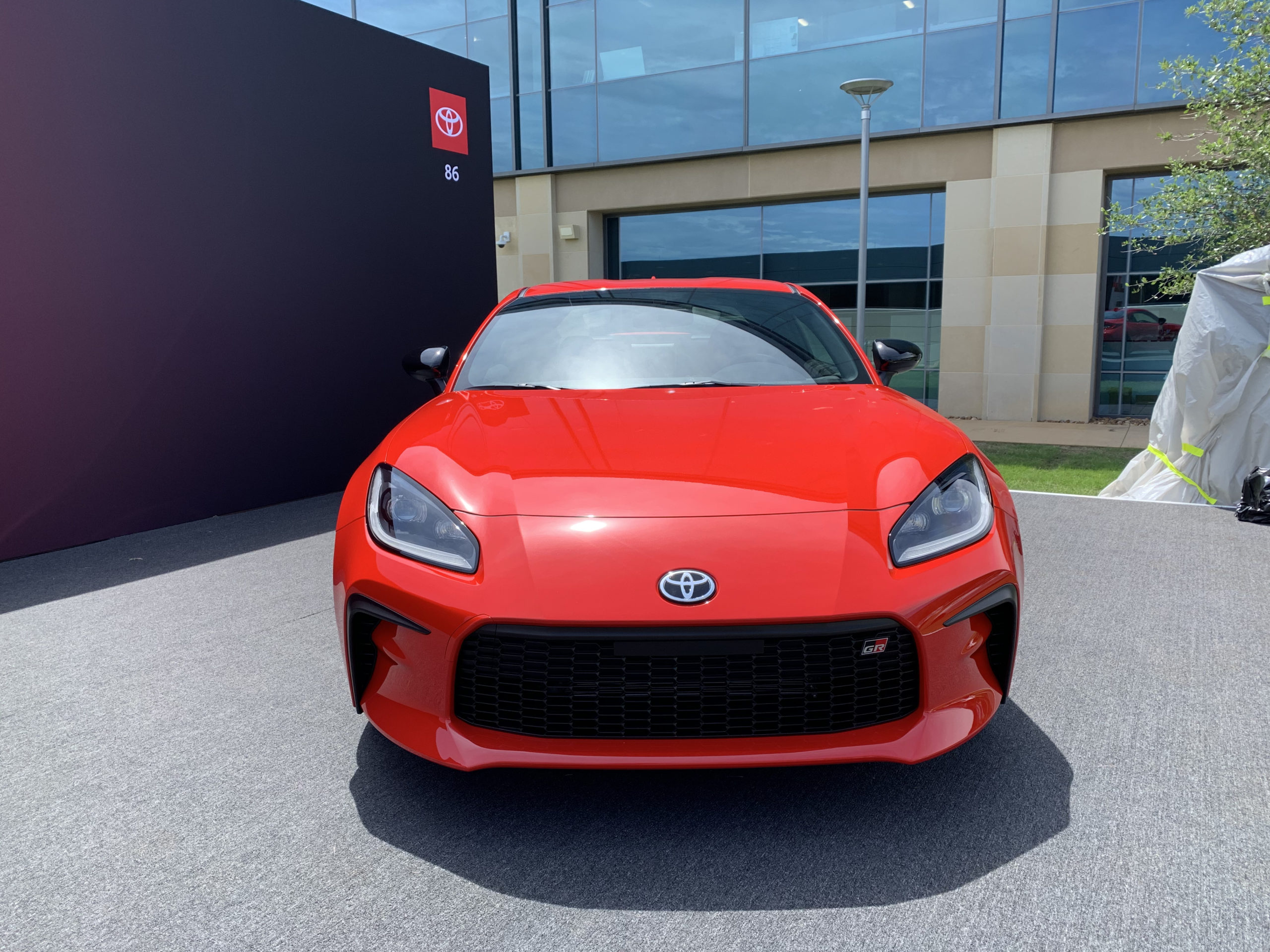 Toyota’s 2022 GR 86 is the second-generation model following closely behind its Subaru stablemate the BRZ. And just like the BRZ, power comes from a naturally aspirated 2.4L horizontally opposed engine and produces a peak 228 hp, 23 more than the outgoing model.

The added displacement comes from increased bore size. And while Toyota reworked the intake and exhaust, the GR 86 retains Toyota’s duel injection system, meaning you get both port and direct injection. The compression ratio is a nice and high 12.5:1.

It’s Better Without A Turbo 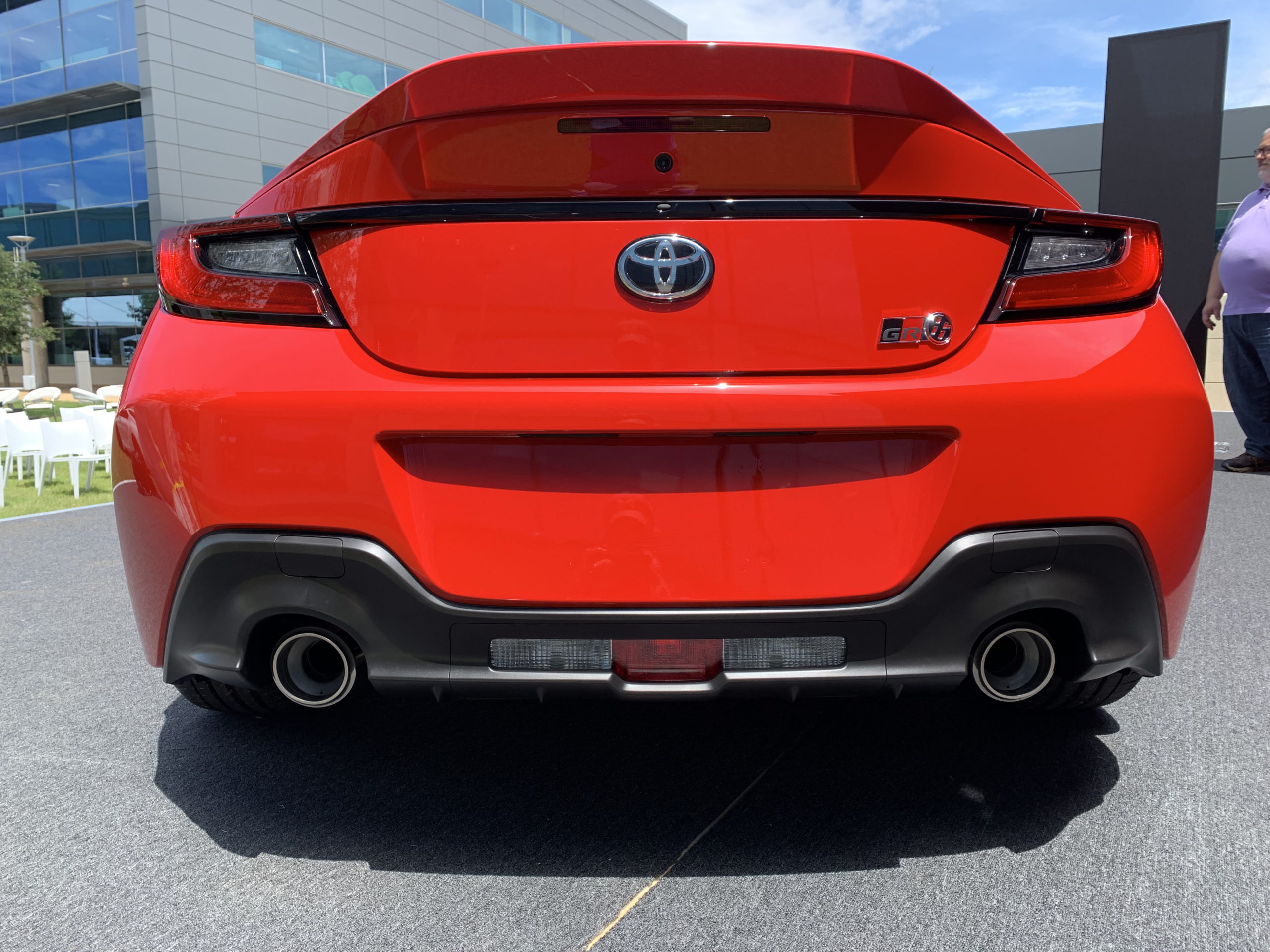 And, just as important, Toyota, and Subaru, resisted the temptation to add a turbo and instead increased displacement to add power and torque. For a purebred, lightweight sports car that is the better choice for several reasons.

Starting with the fundamentals, naturally aspirated engines are lighter and simpler than their turbocharged counterparts. That means less weight sits on the front axle of the car. A light front-end is a happy front-end. One that’s more willing to turn in to a corner and quickly transition from one direction to the next. Moreover, with less space taken by the turbo and its accessories under the hood, heat management is a much simpler task. That’s particularly nice if you want to take your car to the track and drive it home afterward.

Then there’s torque. The last FR-S made do with 156 lb.-ft., and that peak figure did not arrive until the engine spun up to 6,400 rpm, which is not good for mid-range power. This 2.4L ups peak torque to 184 lb.-ft. and makes that torque 2,700 rpm earlier at 3,700 rpm. That, on paper at least, delivers stout mid-range pull to work with, so you won’t constantly need to downshift to accelerate out of a corner, or even make a pass on a 2-lane stretch of highway.

Finally, by foregoing a turbocharger, Toyota also forgoes any turbo lag at any rpm for any length of time. That improves the intangible but also incredibly important feel while driving.

And speaking of feel, you can still get a 6-speed manual transmission with the GR 86, or get a 6-speed automatic. When equipped with that stick and third pedal, 0-60 mph time improves from 7.0-seconds to 6.1 according to Toyota. The automatic needs another half-second.

Breaking away from the powertrain, the 2022 Toyota GR 86 rides on a thoroughly reworked platform. You still get struts up front and an independent multilink suspension in the back, but that suspension is now bolted to a much stiffer structure, allowing for an improved tune.

Despite added bracing, Toyota claims that weight remains right around the 2,800 lbs. mark, just as the first-generation model did. That’s in part thanks to swapping in an aluminum hood and fenders to the new model. 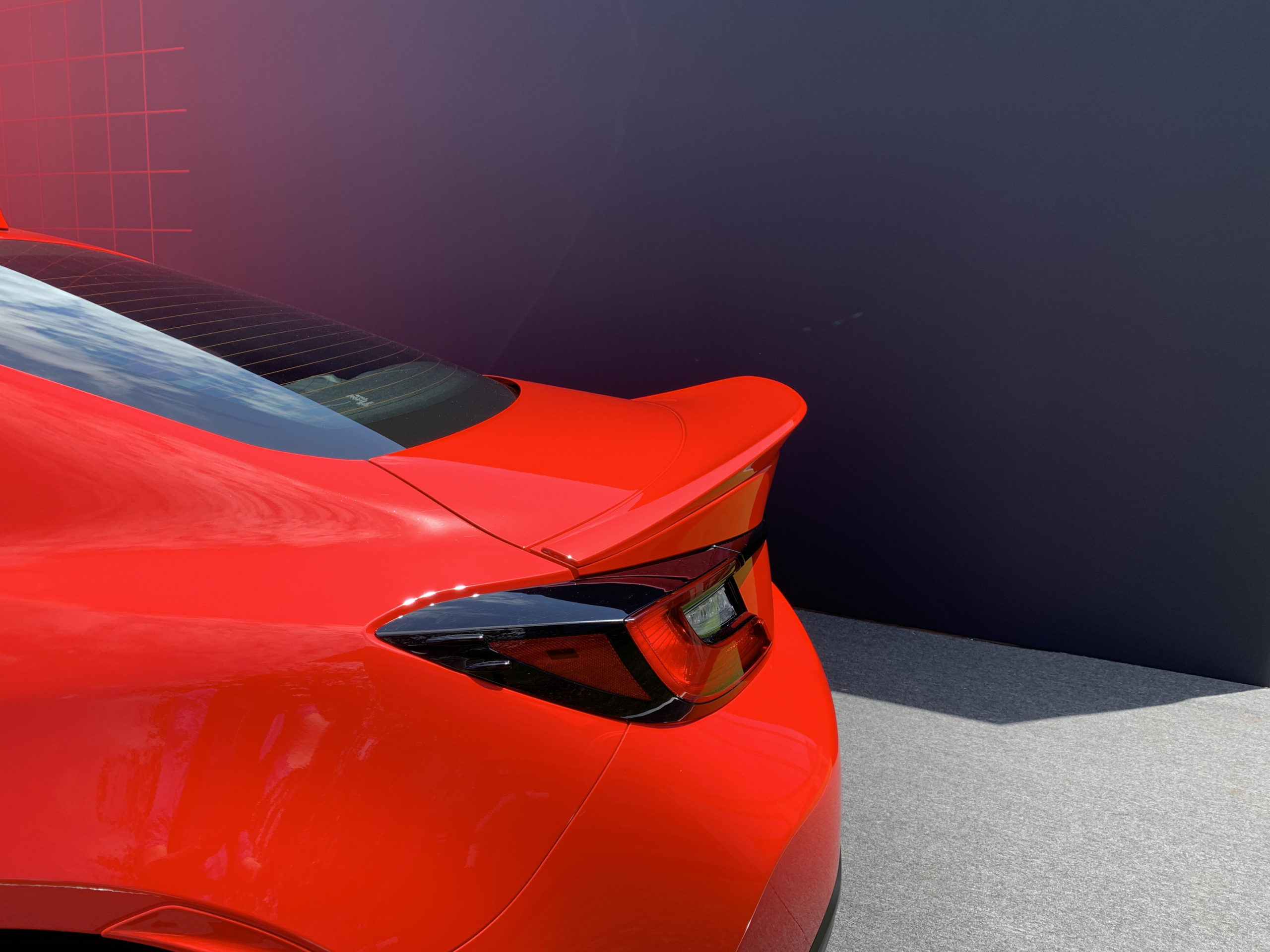 Also for 2022 is the GR premium model, which adds a ducktail spoiler and other body trim components as well as 18-inch wheels instead of 17s. Inside, Premium models get synthetic suede interior trim and an upgraded infotainment and sound system. But regardless of material, all GT 86 models get deeper, more supportive bolsters on the front seats.

Purchasing a new GR 86 includes a 1-year membership to NASA, which includes a free high-performance driving event as well as reduced entry fees to sanctioned event. The price of the 2022 Toyota GR 86 is yet to be revealed, but I’d expect it to start above $30,000.

For that money, you get a purebred sports car: two doors, low, an engine in front, and the driven wheels in back. It’s lightweight and reasonably powerful. If tuned right, this could be one of the last unfiltered driver’s cars you can buy. 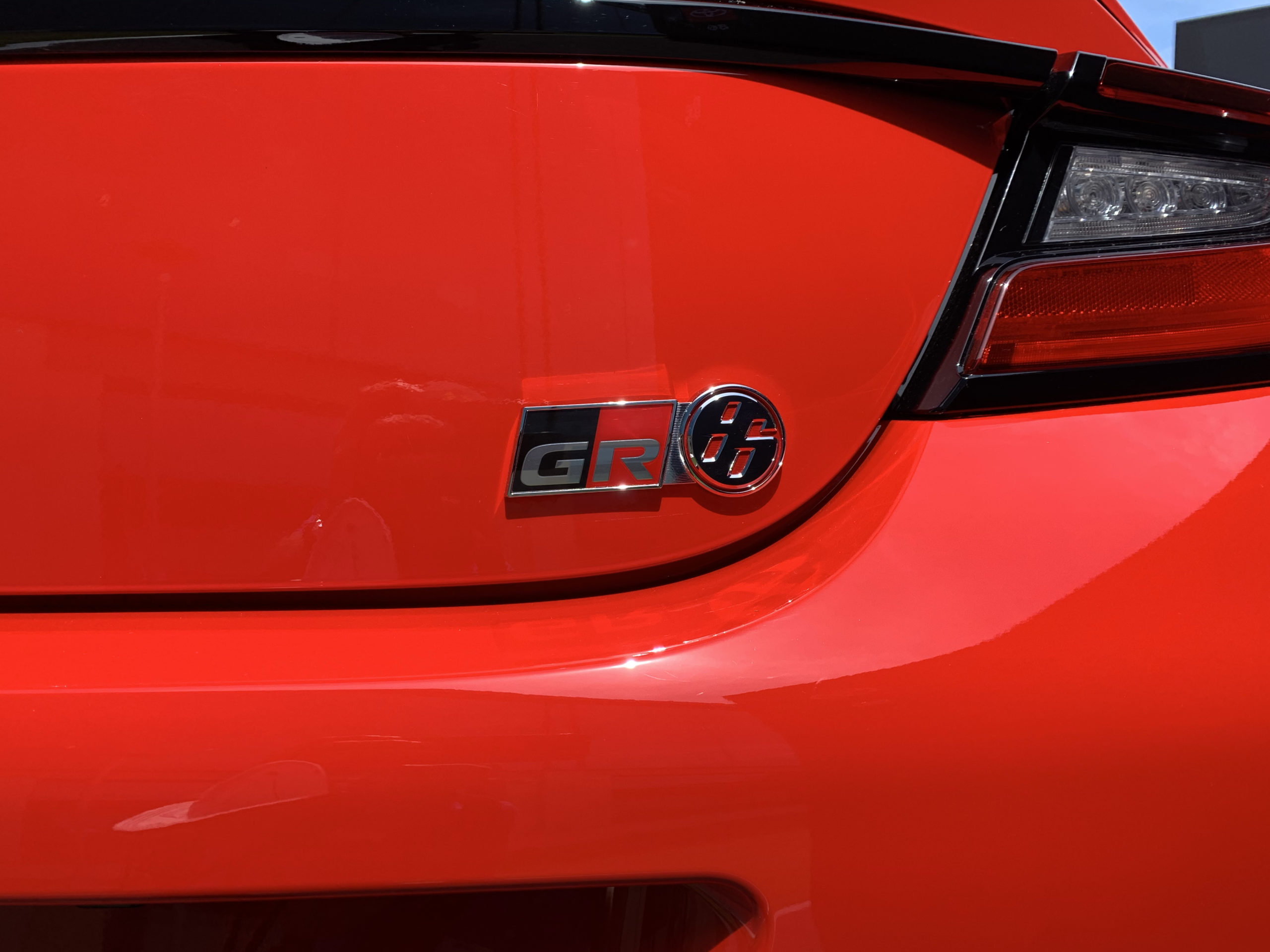