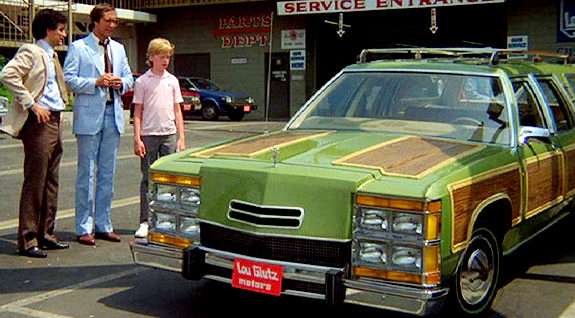 The 80s was a time of transition, between American cars of the 60s & 70s to more modern designs influenced by European cars. Some just didn’t make the cut.

There was also a rush to bring new and innovative cars to the market that the market wasn’t ready for (in fact, it was never ready). Check out these fails form the 1980s.

Isn’t it embarrassing enough to be based on the Chrysler K-car platform, and powered by the company’s 2.2 L four cylinder (at least it was turbocharged), but for the one year only 1986 Chrysler LeBaron Town & Country Convertible it didn’t stop there. Someone (actually a group of many people) thought it would sell better if fake wood vinyl was stuck to its sides along with faux braces. Only 1,600 of the LeBaron Town & Country Convertible were ever produced so now they’ve become an ironic (or at least let’s hope so) collector car. 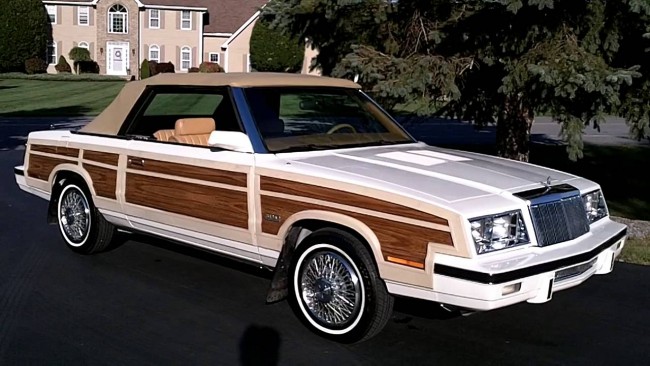 A unique concept that no one’s ever repeated. Image this: you have a Volvo P1800 sports car and with the release of a couple of latches the trunk lid and back glass can be removed and in its place you can install the rear of the P1800ES “shooting brake” and have a mini-wagon. That’s pretty much what you got with the Nissan Pulsar Sportback. Unfortunately the American public thought the concept a little too weird and purchased Pulsars without the hot-swappable wagon lid.

The Yugo GV started life as a derivative of the Fiat 127, which was a decent enough cheap car that worked well on the tight streets and roads of Italy. Fiat then passed the design along to the Yugoslavian state-run auto industry Zastava (this was still under Communism) and they fiddled with the design and created a car called the Koral in the Socialist Federal Republic of Yugoslavia and the Yugo everywhere else.

Not only was the Yugo the cheapest car sold in America at the time, it was the least powerful, the slowest, and the lightest. So light that in 1989 a strong wind blew a Yugo and its driver over the side of the Mackinaw Bridge in Michigan, where it fell 180 feet into the icy waters below. 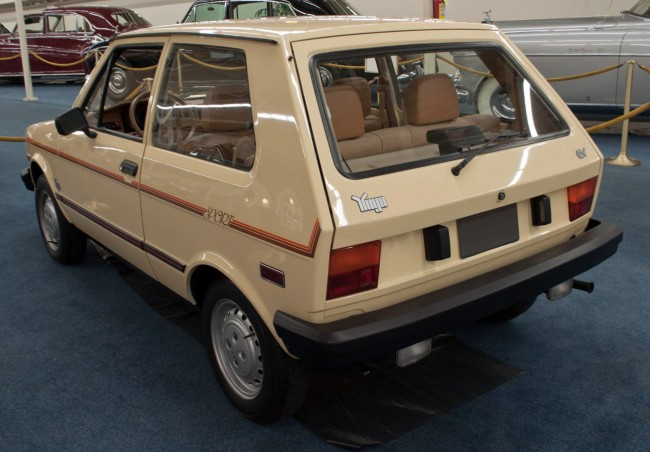 Its  styling was definitely in the French tradition of incomprehensible details – like the rubber trim that ran along the fender and the doors. Added to a quirky design were horribly over-sized American specification 5 mph bumpers (Renault must have pulled them off a truck). The base engine was anemic, the turbocharged premium engine only a little better. It was by far the slowest of its peers, though it did achieve commendable fuel economy. It didn’t help the Fuego was sold by AMC dealers more interested in moving Jeeps than strange little French cars. 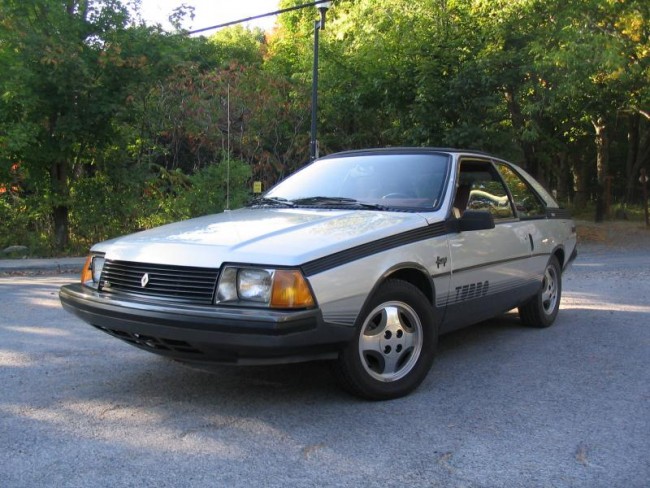 Image that you own an ice cream stand and your only flavor is vanilla. In order to attract customers, you’re going to create as many versions of ice cream treats based on vanilla ice cream as possible, right? That’s the position that Chrysler was in during the early 1980s, with only the K-Car platform to build from. From it they created sedans, coupes, convertibles, and of course, invented the Minivan out of necessity. From 1983 – 1984 Chrysler attempted to enter the limo market with a stretch K-Car (220.5″ or over 18 ‘ for the long ’83 and ’84 models)with four-doors and seven seats, not to sell to heads of states, but to hotels as shuttle cars, or airport limos. In the end, Chrysler produced only 1,493 over four years of production. 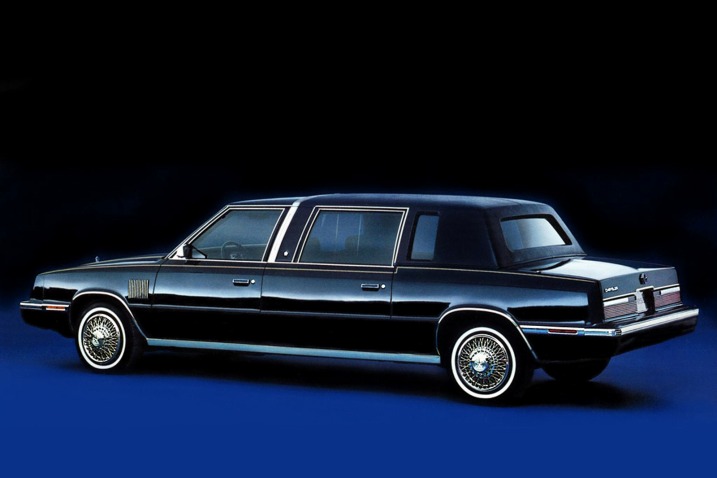 The Subaru Brat was a Bi-Drive All-Terrain vehicle. While only boasting a 1.8 liter engine with 71 horsepower, its had space for four, provided two of your friends didn’t mind riding outside, in the bed of the truck, facing backwards. In 1985 they removed the jump seats but there were still a unusual options such as a spring loaded hidden door and a t-top split roof. Subaru also mounted the spare tire under the hood (where the heat of the engine slowly destroyed the tire). While coming into production as competition to the rising popularity of small foreign trucks by Toyota and Nissan it didn’t last too long as Subaru stopped importing the BRAT to North America in 1987. 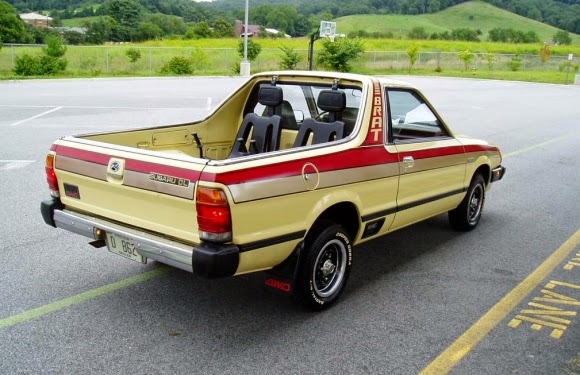 Ford had a two year lead on Honda bringing the EXP to market well before Honda introduce the CRX. Both were two door, two seat sports coupes based on a mass market sedan. In the case of the Ford, it was the Escort, and of course the CRX and the Civic. Where Ford got in wrong (and Honda got it right) is that you have to carefully pick and choose what components you want to carry over. In the case of the EXP, there’s just too much Escort in it. From the cowl back, it’s Escort which forced the car to be taller than it should. The back glass adds incredible weight up high and to the rear, which couldn’t have helped handling (the EXP weighed more than the escort BTW), and we don’t even need to get into the front-end styling. 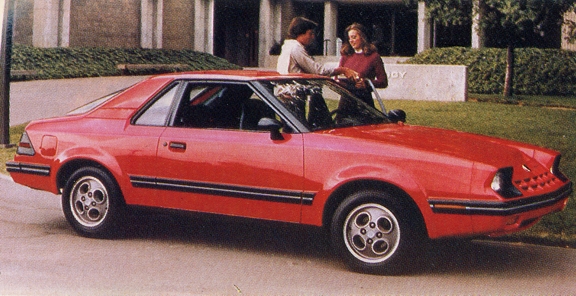 The Buick Reatta came out of a time of great turmoil with General Motors and also during a period when a fiery design chief, like those of the past, could have pushed their concepts through management. Instead the design team took what corporate gave them. While the design of the was to have been based on the Buick Rivera platform from the start, the designers were given no more to move any of the hard points, which accounted for the awkward proportions of the car: the front overhang is too long, the distance between the driver and the rear axle is also too long, and the rear glass didn’t help things. In the end only 21, 751 Reatta coupes and convertibles were built over four years. 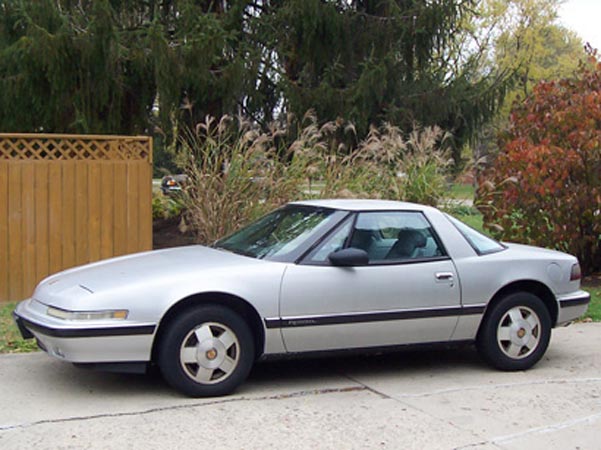 
Best Electric Cars For 2021 — And What to Expect in 2022
The Best Daily Driver Sports Cars That Surprise With Comfort...
1,200 Horsepower Ferrari F80 Prancing Pony Concept
These Bumper Stickers Will Make Laughs, Not Friends
2023 Kia Soul Gets Facelift, Drops Turbo and Rugged X-Line T...
15 Best Marvel Cars Straight From The World of Superheroes