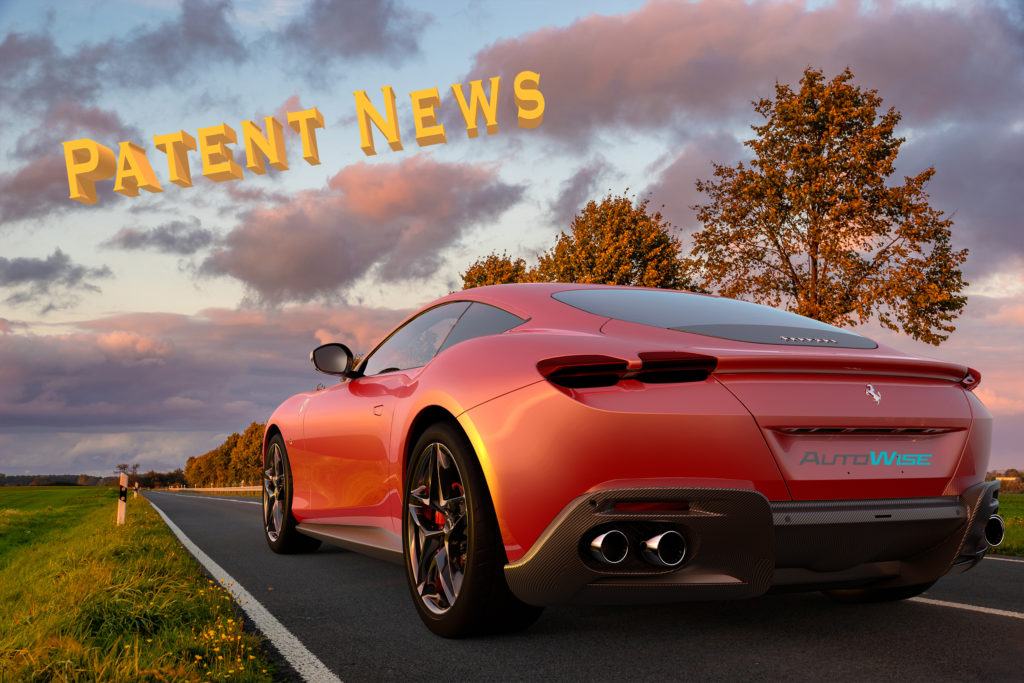 Ferrari continues to push performance car technology. The latest Ferrari launch control patent filing centers around creating the perfect launch every single time no matter what environmental factors are in play. For that perfect launch, Ferrari wants just the right amount of wheel spin every time, no matter the tire temps, tire wear, road surface, etc… Modern prancing horses aren’t slow, but they might be getting even quicker off the line soon.

In this article, we’ll be discussing a method to control a road vehicle for the execution of a standing start by Ferrari, U.S. publication 20210094543. The publication date is April 1st, 2021 and the filing date is Sept 10th, 2020. This patent has not yet been granted.

Launch control is the process of a car accelerating from a standstill as quickly as possible, with all onboard vehicle systems working together to help achieve that one task. In reality, it’s a blanket term for an automatic method of applying a clutch to an already-high-revving motor. So, you’ve got torque potential coming from the motor, you just need to get it to the wheels. In a normal car with automatic transmission, you’d just lift that left foot off the brake and let the lord take over, but let’s be real — you’re likely to burn your clutch to a crisp or explode part of the driveline if you do such a thing on most cars.

In a typical launch control system by Ferrari, the driver selects the correct clutch management system, depresses both the brake and gas at the same time to build the revs. Then, the driver releases the brake pedal quickly. The car knows you’ve stopped pressing the brake pedal, and immediately and violently applies the clutch to the already high-revving motor at a rate you cannot comprehend. The application of the clutch then supplies all the power from the motor directly to the wheels in an instant. As a result, the prefrontal cortex of your brain no longer contains the correct amount of blood or oxygen. The irony here is the prefrontal cortex controls your ability to decipher future consequences of current activities… 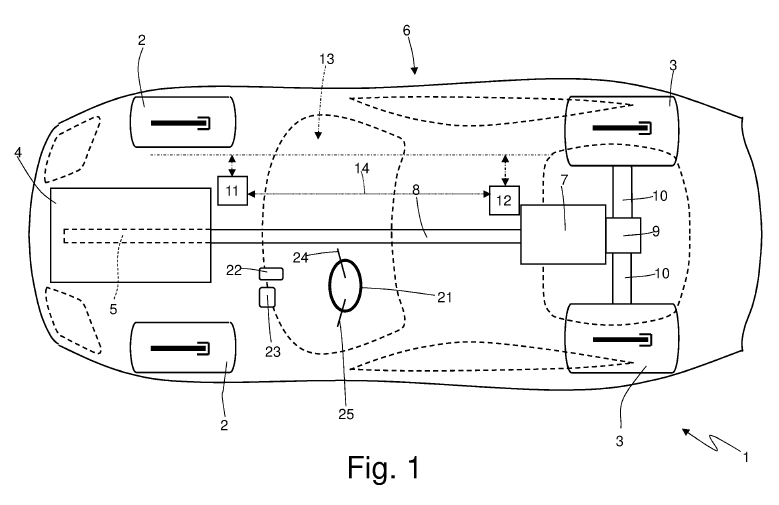 A launch control system must precisely balance the supply of engine torque and control the torque at the clutch to provide maximum longitudinal acceleration. In short, the system balances power and power transmission to maximize the face-ripping acceleration of the car. What a time to be alive!

During the launch, the clutch must close as quickly as possible without causing excessive slip of the drive wheels. An interesting point here is that Ferrari actually states a small amount of slip is ideal. That’s news to me.

“…a modest slip of the drive wheels is positive, as it allows the torque transmitted to the ground to be maximized.”

The current launch control system used by Ferrari uses a previously established torque to be transmitted to the ground during the closing of the clutch. If I’m reading this correctly, this means there is a predetermined torque that must be matched during the launch control process. As this is happening, the clutch progressively closes, providing constant torque to the wheels.

In short, the driver starts their launch, and the clutch transmits a predetermined torque by progressively closing the clutch as the driver continues to accelerate. This process makes perfect sense. Well, Ferrari says this does not maximize acceleration ‘at every moment.’ I love that. Ferrari wants your face to rip off at every single moment you’re accelerating their car.

The intended novelty is based on the torque transmitted by the clutch. The torque is continuously modulated to match a real slip to a target slip of the drive wheels. The ‘drive wheels’ part is important because that’s where the computers will sense the slip. Not the clutch, diffs, etc. The actual wheels.

We all know that most, if not all, Ferrari’s have some kind of launch control system. It’s pretty easy to see why they want to do this – they want their cars to haul ass. Simple as that. But more specifically, the current system doesn’t compensate for different or variable road surfaces. As stated before, the system only applies a set torque based on a predetermined torque value. Ferrari have a good example scenario of what they’re trying to overcome:

Therefore, Ferrari wants to eliminate variables such as tire wear, tire temperature, or road temperature during their launch control process by using a variable torque value to control slip. 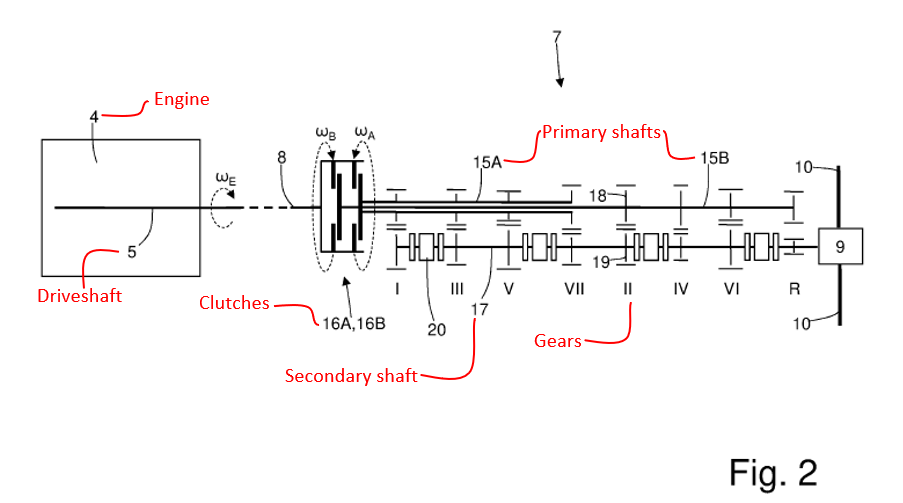 Figure 2 shows a schematic of an example dual-clutch drivetrain. The engine transmits torque through the driveshaft to a dual-clutch system. Each of the clutches are either an oil-bath clutch or a dry clutch, but that doesn’t really matter from a legal perspective. An oil-bath clutch is activated using pressure from the hydraulic fluid, and a dry clutch uses dry friction to actualize the power transmission. A dry clutch is what most of us use day-to-day.

So, when the clutches are activated and modulated, power is sent through both primary shafts (15) to the secondary shaft (17) through a set of gears (I, II, etc.), which then sends power to the rear diff (9) and the axles (10). Simple as pie. 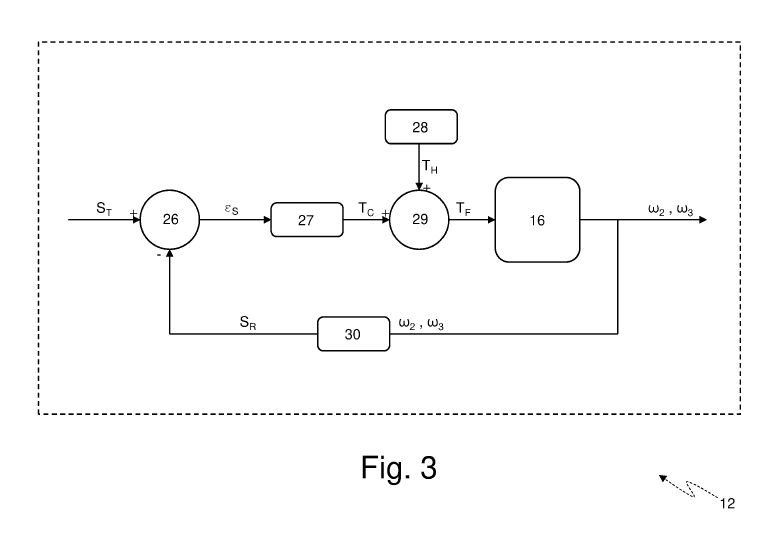 Alright, this is when it’s going to get a little tough. I’ll try my best to make this easy to read. Figure 3 shows the control unit (12). This control unit determines a real slip (SR) and a target slip (ST). The real slip is a value corresponding to how much the tires are actually slipping and the target slip is what Ferrari have determined as the optimal slip of the tires. In short, the control unit derives how much your tires are slipping and how much slip is necessary to provide the best acceleration possible.

Then, target slip is determined based on the grip. The control unit then has a map of a bunch of target slips, which are associated with a determined grip level. This is basically an experimentally determined chart of “if this much grip, then use this target slip.”

Interestingly, the system can actually adjust itself based on a previous launch:

Ferrari says this will even work if you need to change gears.

“…during a relatively prolonged standing start, a following gear is engaged, the control unit of the drivetrain modulates the torque transmitted by the clutch during the closing of the clutch.”

Let’s recap: The control unit determines how much grip the ground has. Then a target slip is determined based on the grip. Then, the driver accelerates and the real slip is determined a zillion times per second. The control unit then modulates the clutch so the real slip of the tires matches the predetermined target slip to keep the tires from spinning or bogging down. Then, the system can adjust itself for a second launch, based on the first launch, so the second launch is better than the first.

It’s almost impossible to tell if this system is already in Ferrari’s cars, but it’s pretty cool to see the insights of how one of the most storied car companies ever is thinking and developing. The fact that fast isn’t fast enough speaks volumes about their mentality. As I said before, they want every single moment of acceleration to be as fast as possible.

The last thing I’ll leave you with is how Ferrari, very concisely, sums up this system.

“…the control method described above allows drivers to always obtain the maximum acceleration possible during a standing start regardless of the actual surrounding conditions (for example, the temperature of the road surface, the temperature of the tyres, the state of wear of the tyres), since it always is capable of adjusting, in an ideal and quick manner, to the surrounding conditions, continuously modulating the torque transmitted by the clutch during the closing of the clutch based on the difference between the target slip of the drive wheels and the real slip of the drive wheels.”


The Top 13 Cars You Can Buy For Under $100K
10 Cheap Cars that Can Go Over 150 MPH
Inside A Nitro Burning Top Fuel Engine: The Most Extreme Env...
Mo Money, Mo Toys: Porsche Unveils Companion Car for Your Pr...
2021 Jeep Gladiator EcoDiesel: More Torque and More Range
European Union Proposes Aggressive Emissions Cuts by 2030