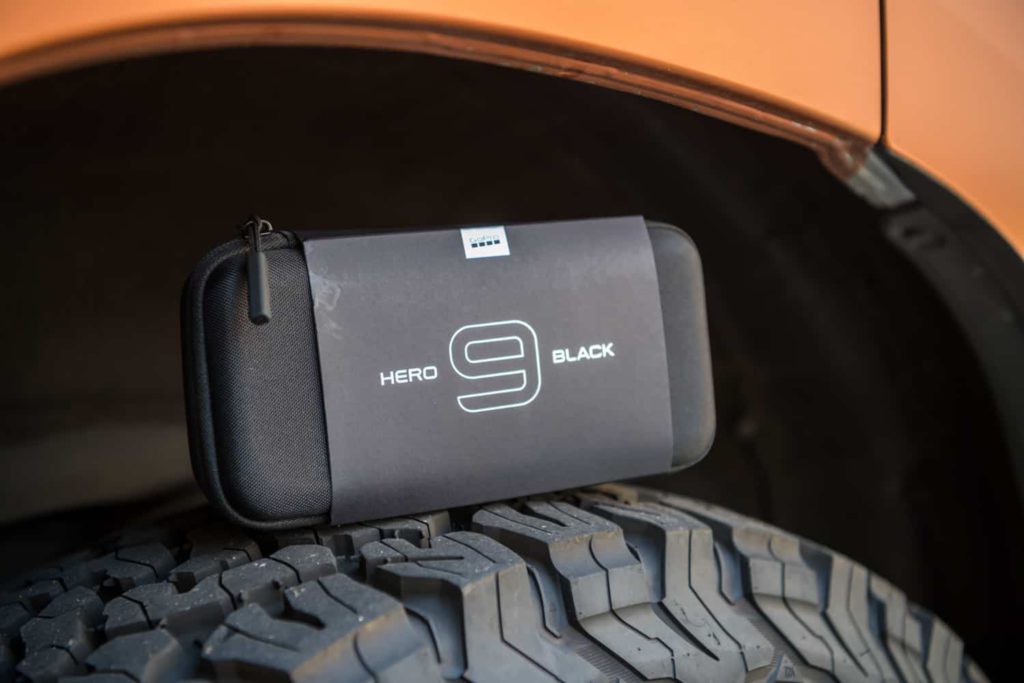 Let’s cut right to the chase; the GoPro Hero 9 Black is an amazing new camera system. I got my hands on a pre-launch review unit and can attest that the latest generation GoPro is a little “more of everything,” as GoPro is touting it.

The big takeaways right now are that it is an ever so slightly bigger and heavier camera, but has a ton more packed into it in terms of hardware and software. The big upgrades are a much bigger battery, full-color front display, bigger sensor, removable/replaceable lens, and even more impressive built-in stabilization. 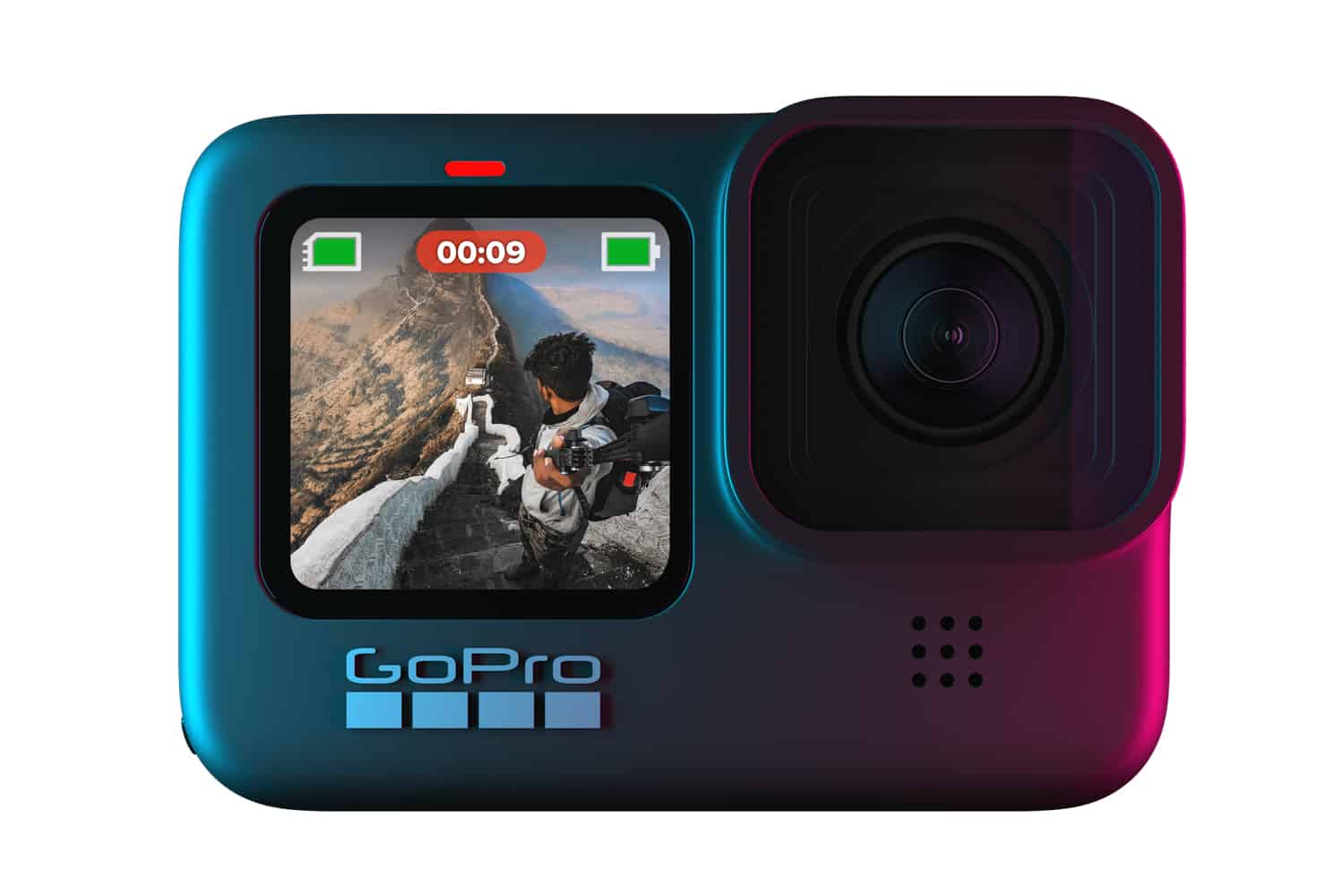 I shoot a good bit of video, especially vehicle review content, but I’m primarily a still photographer. What has me excited about this new GoPro is the ability to take 20 MP photos and pull 14.7 MP stills from 5K video footage. While the GoPro will never replace my DSLR, it is an amazing second camera that allows me to capture super unique angles and perspectives. The GoPro Hero 9 Black allows me to do that with even more control and options while offering higher resolution and longer battery life.

Is the Hero 9 Black “just another GoPro”? Yes, it is. But, it offers some big upgrades over the already really good GoPro Hero 8 Black.

I’m someone that has been using GoPros since the early days, and have a graveyard of early cameras. I probably took 8-years or better off from using GoPro cameras, but the Hero 8 Black sucked me back into the ecosystem. I feel that the hardware and software finally caught up to the ambitions of the company. The GoPro Hero 9 Black is just an evolution of Hero 8 Black, but it’s a really quality evolution of an already great camera system.

Sadly due to the pandemic, wildfires, and a crazy life right now, I wasn’t able to get the Hero 9 Black out in the field much to thoroughly test it. With that said, I did play with most of the features, researched the details heavily, and compared it with my Hero 8 Black. Here’s what you need to know about the latest GoPro. 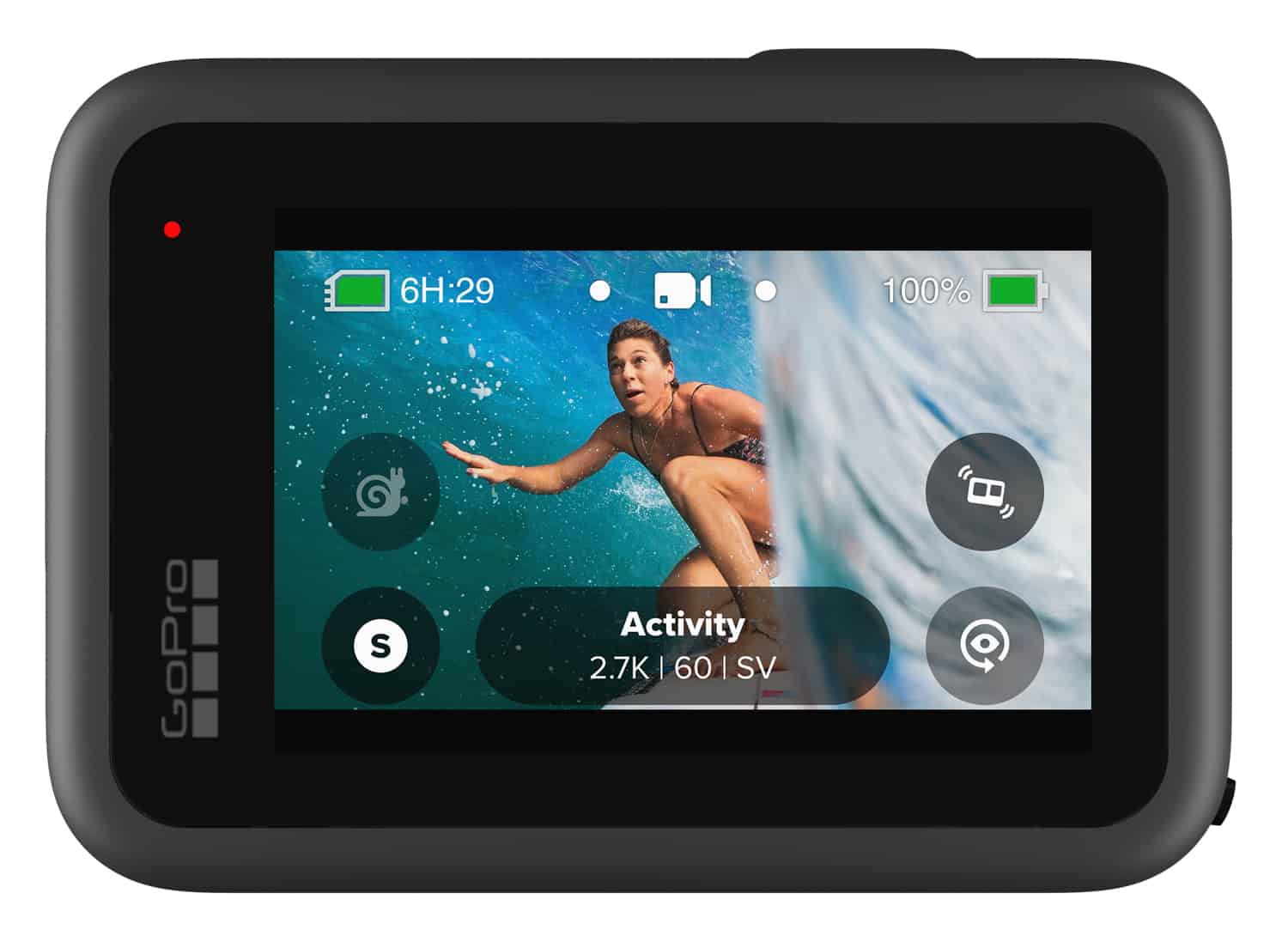 This new GoPro has a bunch of upgrades. Let’s dive into some of the standouts for me.

First up is the new plastic-free packaging. Instead of a ton of plastic waste, the GoPro Hero 9 Black comes in a reusable carry case. Not only is this better for the planet, but its also added value, as the case is pretty nice and perfect for carrying and protecting your new camera. 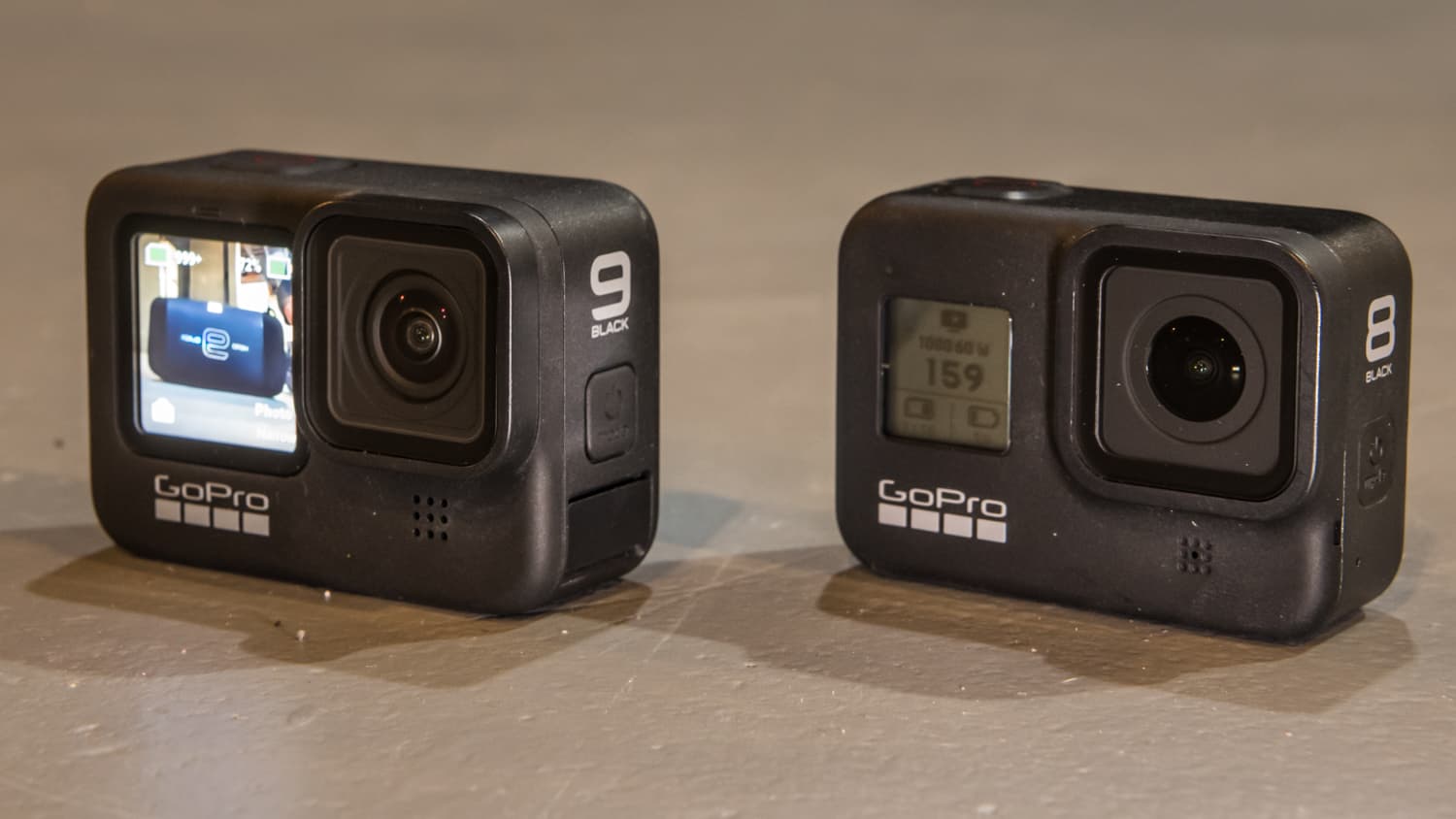 Lets first look at the hardware upgrades. It gets a 23.6 MP sensor, which allows for 5K video recording and 14.7 MP 16:9 frame grabs. That big sensor also allows for 20 MP still captures, up from 12 MP on the Hero 8 Black.

The other big structural upgrade is the removable Gorilla Glass lens protector. With just a twist, and no tools, you can remove the glass lens protector on the camera. This lens shield isn’t removable on the Hero 8 Black, which basically means the camera is toast when it cracks. Besides being replaceable, this new setup also allows you to change up the field-of-view with the Max Lens Mod. We have no doubt the aftermarket will seize on this feature as well and offer a wide range of lenses and filters for the Hero 9 Black. 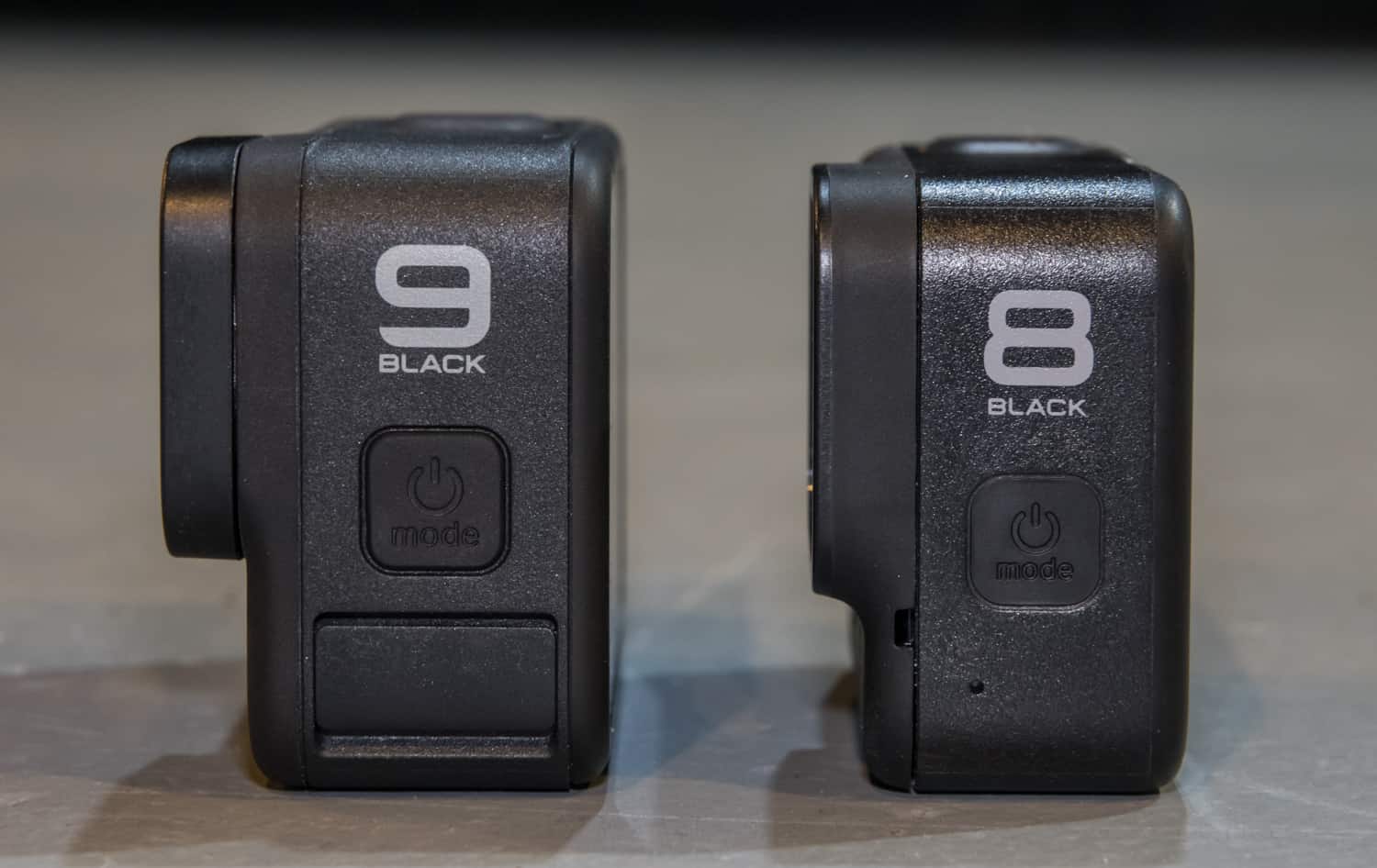 The big software updates are useful. One many people will use right off the bat is even better internal video stabilization with HyperSmooth 3.0+ Boost. Expensive gimbals are becoming a thing of the past!

Along the same lines, Timewarp 3.0 offers stabilized time-lapse while moving. You can now, during time-lapse recording, also slow the action to real speed WITH audio, or half-speed video. This feature should make for some impressive video content with integrated action-packed time-lapse footage. Image walking through a car show with a time-lapse rolling and being able to stop and talk with car owners about their rides on camera with audio as you go. This will cut down on a LOT of editing for this type of footage.

Another new impressive GoPro trick is in-camera horizon leveling. No matter how crooked you mount the camera, the footage will come out level with the horizon. 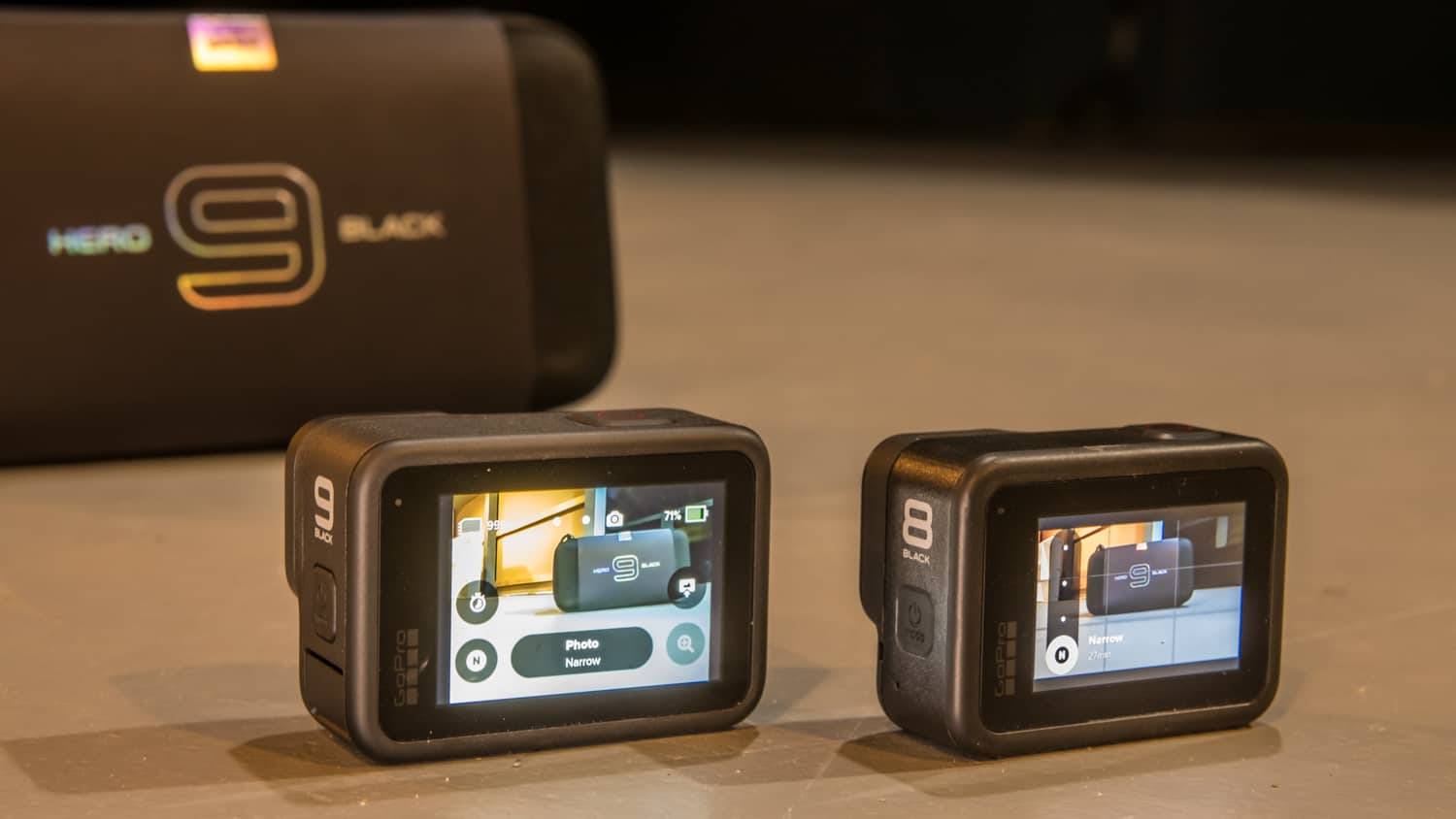 As with all recent GoPro cameras, the GoPro App is vital to making full use of the camera system. While it is super robust and impressive now, GoPro has some big updates coming in the near future that are sure to expand the Hero 9 Black’s potential even further and make video and photo editing even easier.

While GoPro started way back with basic film cameras to capture POV action for amateurs, professionals around the globe now use these sophisticated cameras to capture all kinds of action. A great example is the insane visuals that have been achieved in all the Hoonigan Gymkhana films over the years. To cater to these more advanced users GoPro has baked-in a host of what they call “Power Tools.” For the Hero 9 Black these include; HindSight, Scheduled Capture, LiveBurst, and Duration Capture.

With HindSight you’re unlikely to ever miss the action again. It captures up to 30-seconds of video before you hit record. You do need to have the camera pointed at the action, however, or you are still going to miss the moment.

One of the most exciting new features to me is Scheduled Capture. You can now set up a GoPro anywhere and select a time frame for it to start and end a timelapse. Just turn it off, leave it to do its thing, and it will record the timelapse when you told it to. You can do this up to 24-hours in advance. Think about capturing that epic sunrise over your remote campsite on your next overland adventure, while you sleep in. Or, set up a few of these cameras around a race track scheduled to record only during the race time. You stay safe by being off the track during the action, the batteries in the GoPro are only used to capture the action, and you get the content without having a ton of extra footage.

LiveBurst allows you to record 1.5-seconds of photo frames before and after you click the digital shutter on your GoPro. This allows you to go back in after the shot and pick the best frame from the sequence, and/or create a 3-second 4K video. This is a great tool to use for creating socially shareable content quickly and easily.

Duration Capture lets you choose an exact length of time the GoPro records, from 15-seconds to 3-hours. A great example of where this is handy is if you’re going to go do a 20-minute track session and you want to preserve batteries. Just set the cameras you have set up on the car to record for say 23 minutes, hop in and shred some tires. By the time you roll back into the pits the cameras have stopped rolling, saving you battery life, memory card space, and edit time. 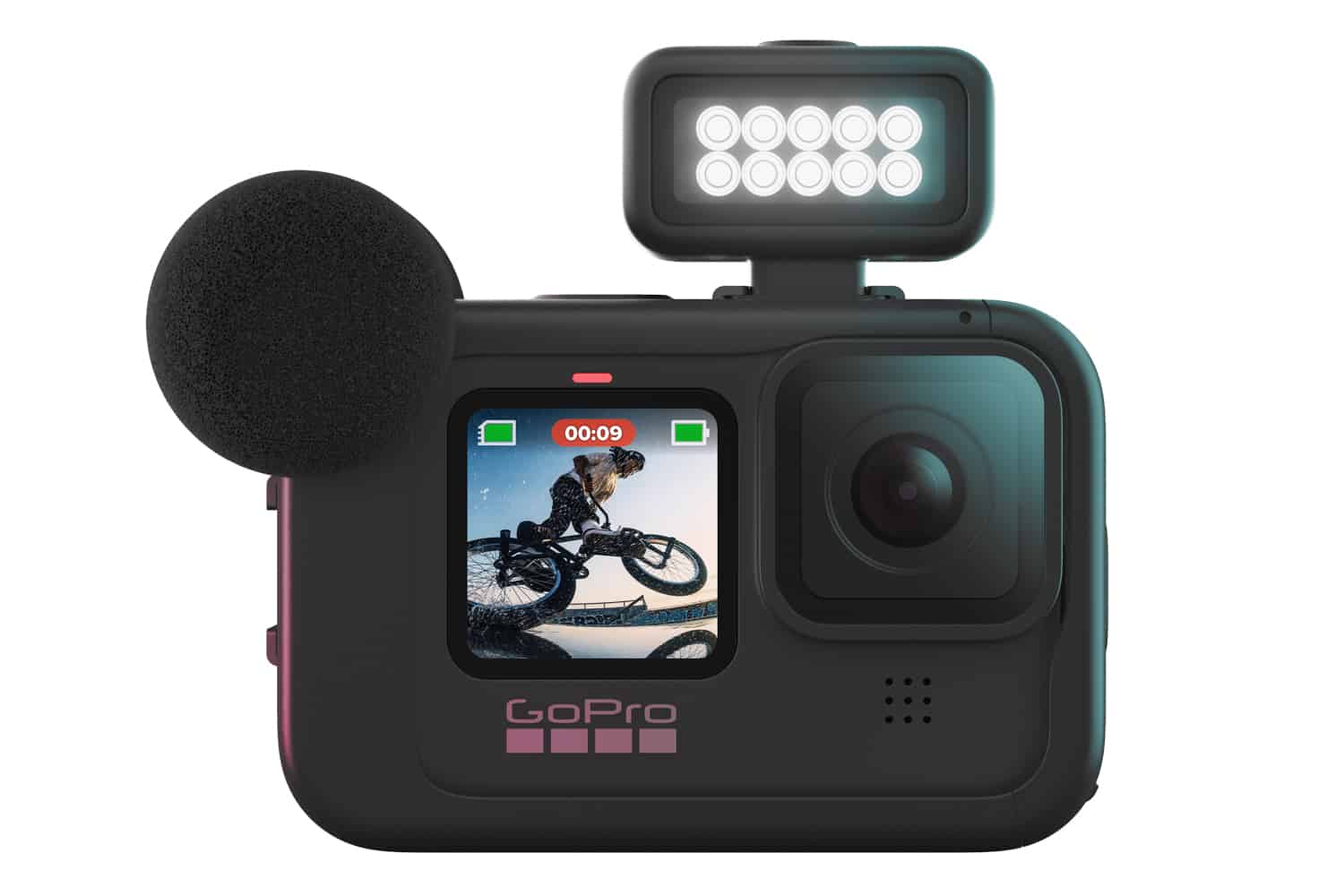 No, you can’t use your Hero 8 Media Mod with the Hero 9, as they are different sized cameras. Besides, the new Hero 9 Black Media Mod (MSRP: $79.99) has an improved microphone with included removable foam wind muff and is now weather-resistant.  The versatile Light Mod (MSRP: $49.99) and Display Mod (MSRP: $79.99) introduced with Hero 8 Black remain unchanged.

The BIG new GoPro camera Mod accessory is the Max Lens Mod. With the new GoPro Hero 9 Black’s removable lens cover you can now add this Max Lens Mod (available in October at an MSRP of $99.99) for an ultra-wide 155-degree field-of-view, the widest ever on a GoPro Hero camera. The Max Lens Mod also has a horizon lock feature, which allows the video footage to stay level to the horizon even when rotated a full 360-degrees.

In this day and age where it can be hard to have in-person meetings and get-togethers, GoPro allows you to get creative and add quality to your webcam setup. The GoPro Hero 9 Black broadcasts in 1080p video and is able to toggle between digital lenses (up to 132-degree view). All you need is the included USB-C cable and the GoPro Webcam desktop app.

GoPro Subscription was called GoPro Plus. The new GoPro Subscription costs $49.99 a year, or $4.99 a month. It gives you four main benefits; no-questions-asked camera replacement, big discounts on accessories, automatic unlimited cloud storage, and enhanced live streaming. All of these are substantial features of the GoPro Subscription service, which also includes up to a $100 discount on camera purchases. Each is worth the cost of the plan themselves, but together provides an impressive value. This is especially true if you’re hard on cameras (like motorsports can be), need lots of accessories (30-50% off with subscription), need everything backed up hassle-free at full resolution, and/or are a regular live streamer. 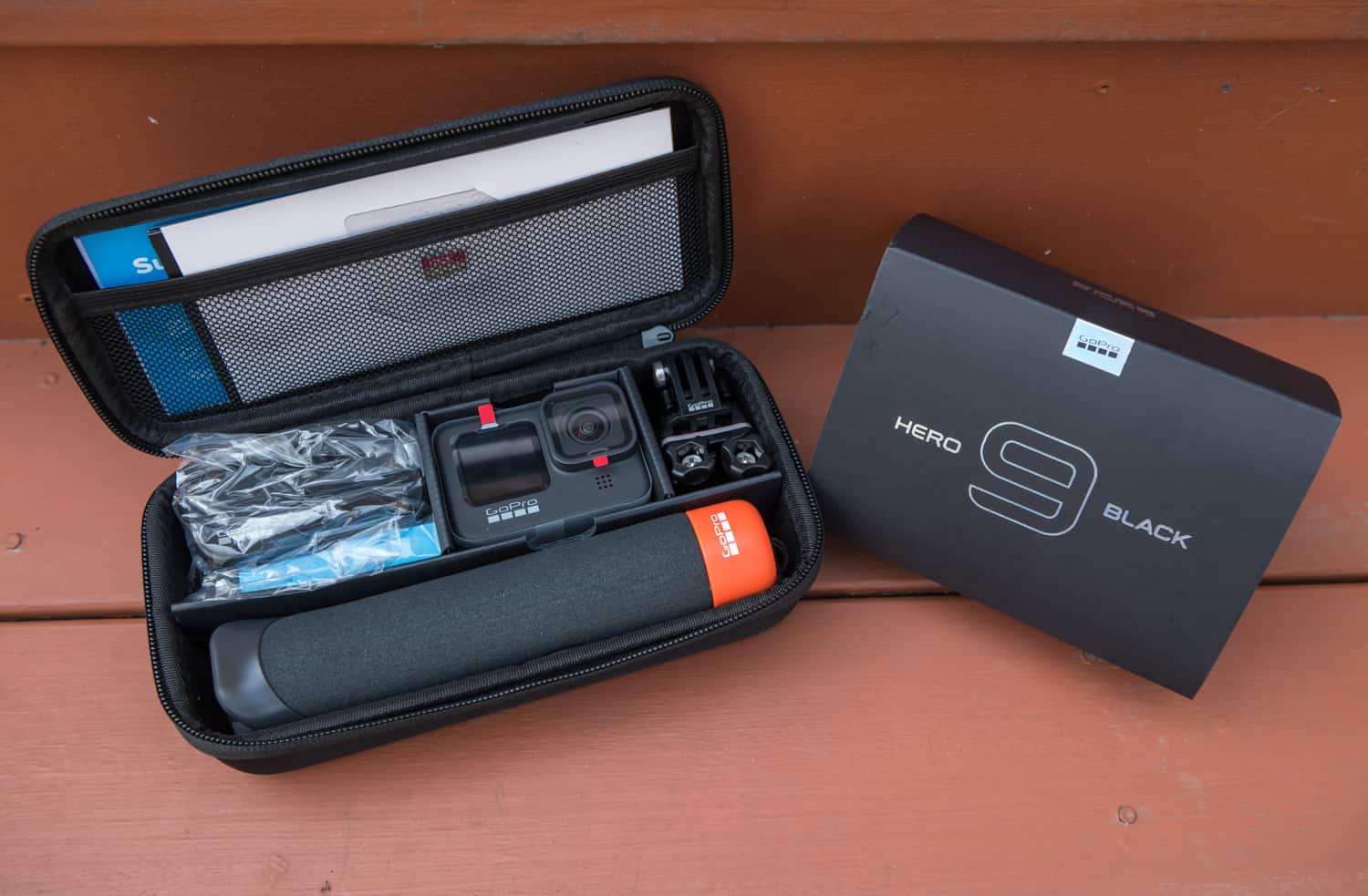 Pay for that new camera and then some by entering the GoPro Hero 9 Black Million Dollar Challenge. GoPro plans to award $1,000,000, in equal shares, for video clips that make it into the promo video for the new camera. The video will be released at the end of the year, with submissions of your Hero 9 Black footage due by December 4th.

To enter your footage go to GoPro.com/Awards.