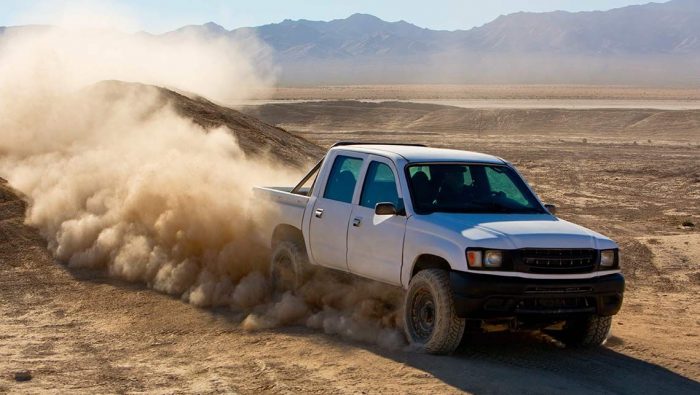 If you’re policing an area and the enemy is still all around you, you don’t necessarily want to roll into town in a HMMWV. That’s where the SOTV-B comes in.

“While it may look like a typical small truck seen throughout the Middle East and around the world, it’s anything but,” said Kevin Thomas, president of International’s Navistar Defense. “The SOTV is a purpose-built vehicle designed specifically to provide the highest levels of protection and performance, while ‘hiding in plain view.’” 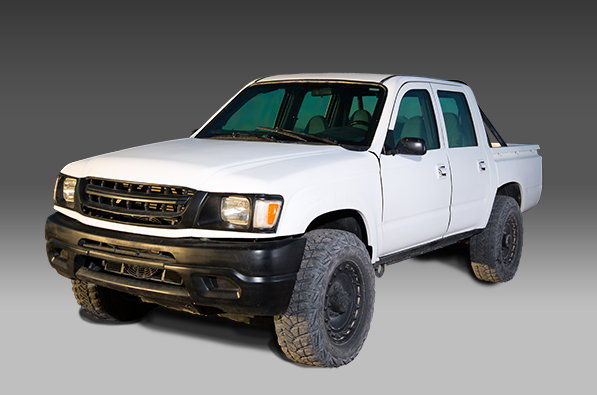 Designed for unconventional war or stability operations, the International (as in International Scout)  SOTV-B looks like a light truck that can blend into any inhabited environment (that’s what the B stands for) – but offers military-grade power, performance and protection. 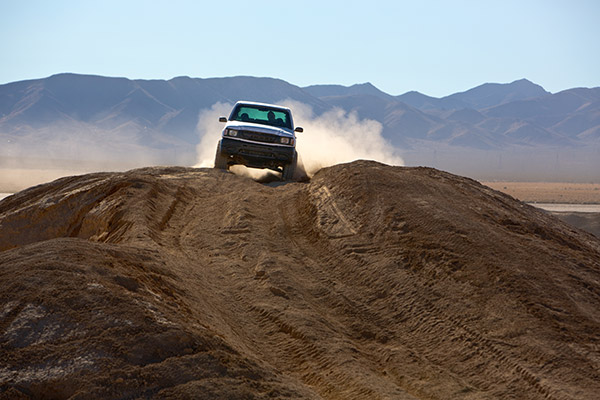 The purpose-built SOTV-B features only mil-spec components throughout the vehicle, including the power-train and off-road suspension. Power comes from a 4.5L 4-cylinder Cummins ISB4.5 turbo diesel engine producing 250 HP and 590 lb-ft of torque (more torque than the ZL-1 or the Raptor), that’s also capable of running on JP8 military jet fuel. The two-speed transfer case and six-speed transmission are both way overspec’d by light truck standards, the Meritor case and Allison automatic typically being installed in much heavier trucks. The chassis features an armored safety cell, fully-independent suspension,  and Dynatrac differentials (that appear similar to the $6K each diffs sold to rock crawlers and off-roaders). 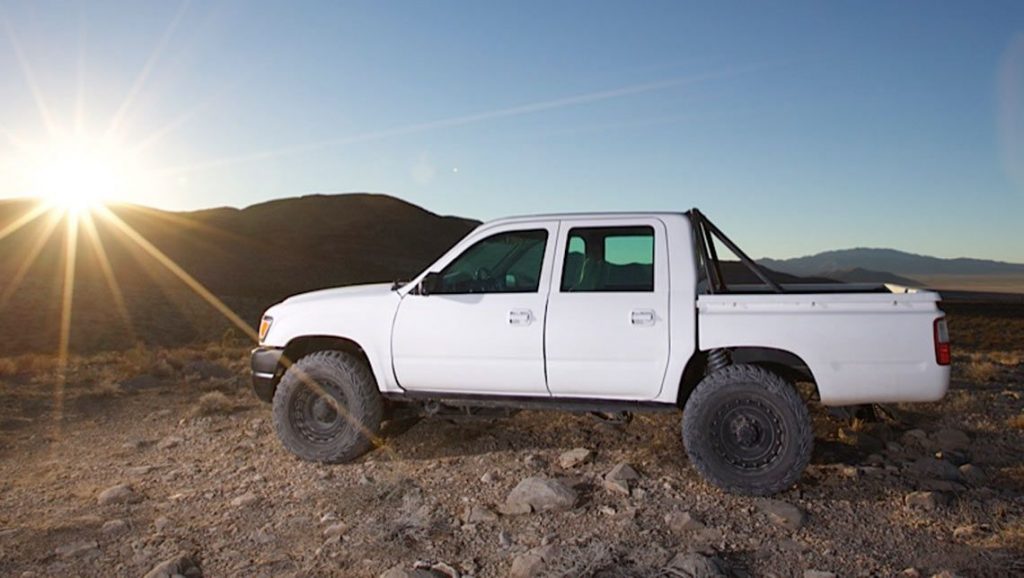 Performance is amazing. While electronically limited to 85 MPH, it can be overridden for 100 MPH capabilities OFF ROAD. It can also ford two feet of water and climb up a 60 degree slope.

The only thing in common between the SOTV-B and the pickup truck it mimics is their appearance (which can be swapped out at any time – this week a Toyota, next week a Nissan).

There’s no word on price, but when you figure that the differentials alone are at least $12,000, you get the sense that this truck, hand-built out of heavy-duty components, must run somewhere around $150,000 or maybe even higher.

The best part? If you run our of jet fuel, rather than waiting for the auto club, you can call in a helicopter, as the SOTV-B is internally transportable inside a Boeing Chinook M/CH-47.