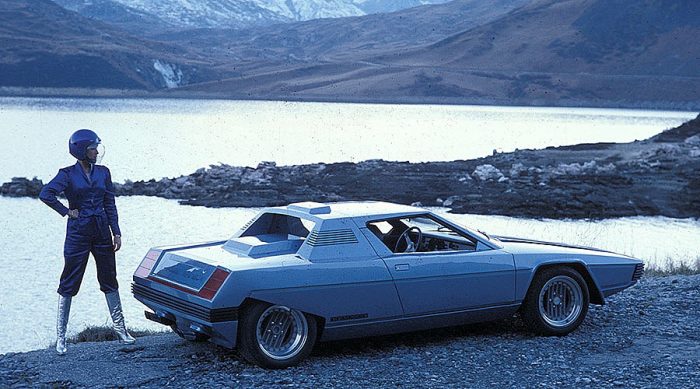 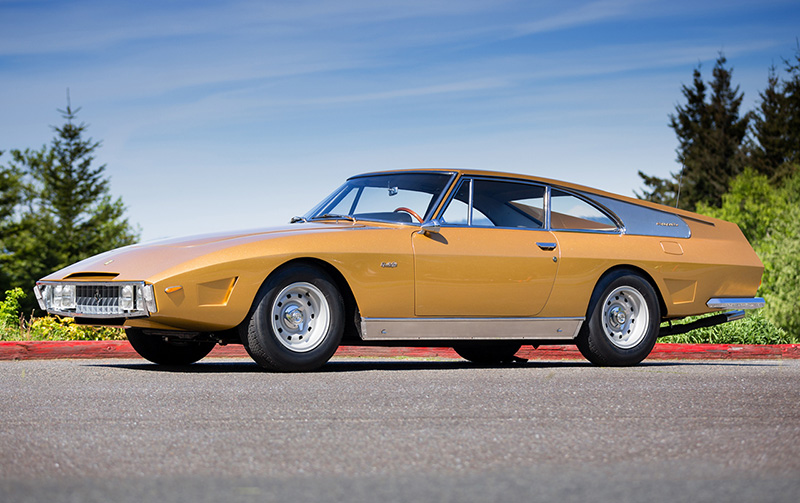 Its “unique” body was commissioned from Drogo by Italian night club owner Norbert Navarro (which explains much). It began as a regular-production 1966 Ferrari 330 GT 2+2, but Navarro wasn’t satisfied with its styling. Significant changes were made the vehicle’s original design. The front was lengthened and drooped and the rear features odd narrow fins running from the rear of the car to the roof. Thankfully, the car was unchanged mechanically. 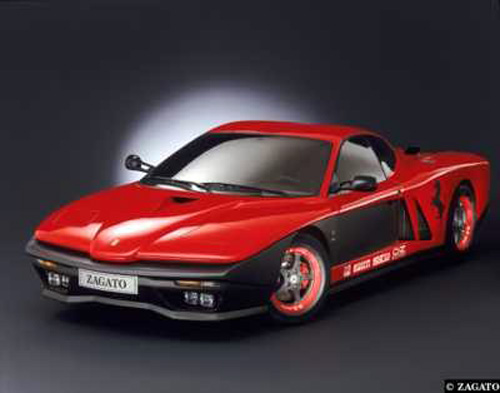 You know you’ve missed the mark when a Fiero with a Ferrari kit looks more authentic than your body design on a real Ferrari. Known as FZ93, this one-off Ferrari was designed by Zagato and built on a Ferrari Testarossa chassis. The FZ93  included  the famous Zagato ‘double bubble’ roof. It was first shown at the 1993 Geneva Motor Show and featured an awkward two-tone paint scheme and huge black prancing horses on the sides (as in the photo). Later, Zagato would paint the entire body red. 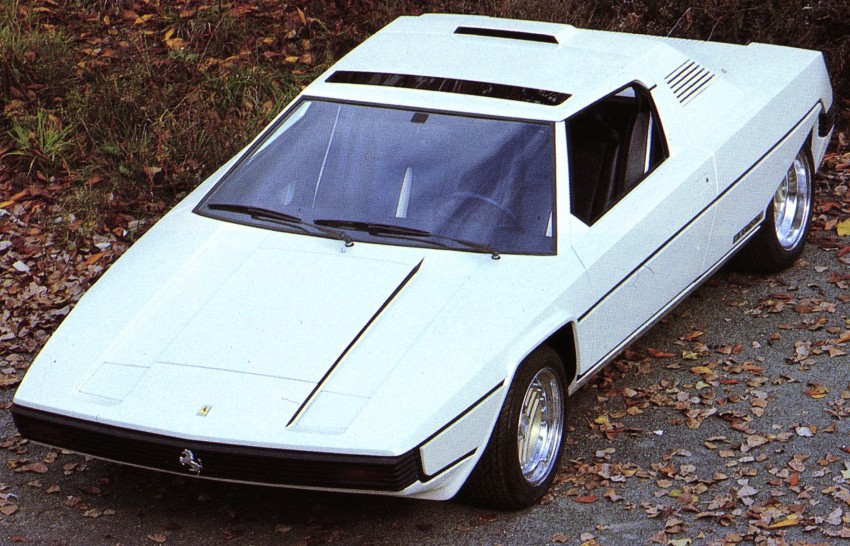 The Rainbow was based on the Dino 308 GT4, which Bertone had just designed. Neither the production 308GT4 or the Rainbow were much of a hit and most likely as a result did not design another car for Ferrari until their 2014 bankruptcy. It should be noted that Bertone created several classic designs including the Lamborghini Muira and Countach. Maybe Lambo just paid better. 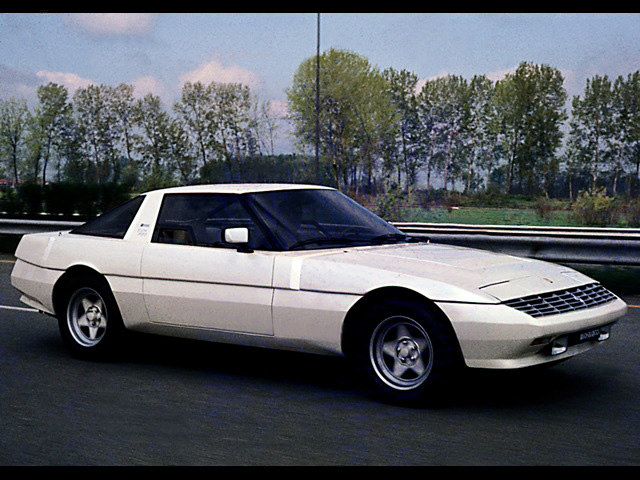 Michelotti took the handsome but somewhat bland Ferrari 400i and somehow managed to convert it into what looks like a first generation RX-7 kit car. Built for Prince Saoud of Saudi Arabia and named after his girlfriend, the list of features includes some odd items including windshield wipers on all four sides and an in-dash monitor takes the place of the inside rear view mirror (it’s not a minivan).  This was the last Ferrari built by Michelotti. Thankfully. 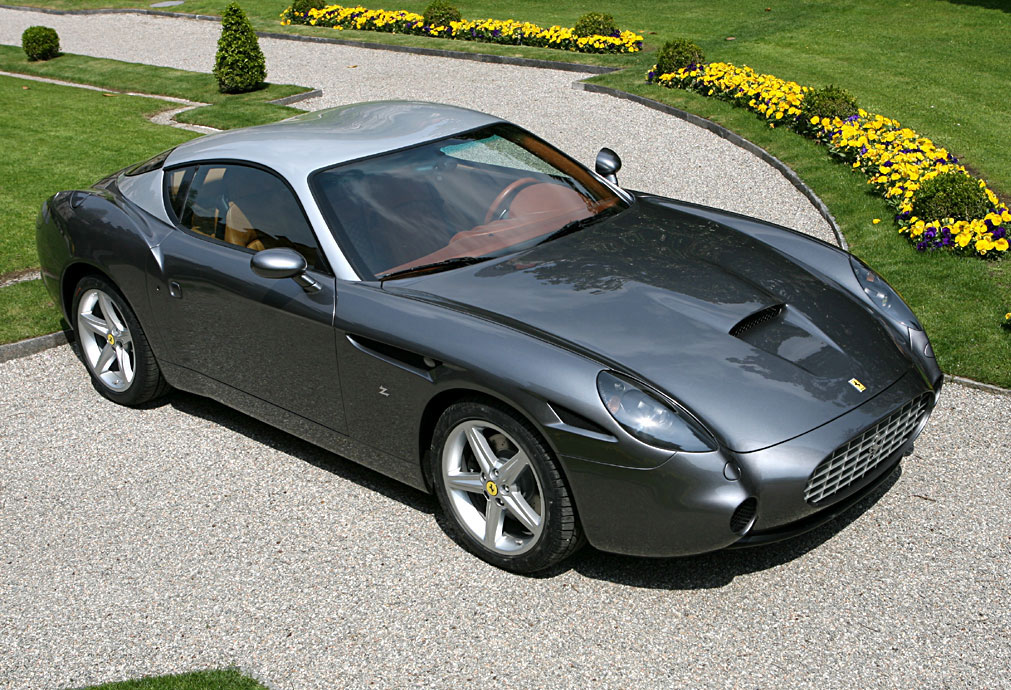 A noted Japanese Ferrari collector requested of Zagato to create a body for his 575M in the style of the famous 1956 250GTZ Berlinetta. Zagato coordinated with Ferrari to commemorate the model’s anniversary with a run of six aluminum-bodied 575 GTZs. What buyers got was a car that A) outside of a few details like the two-tone paint and the Zagato signature roof bore no resemblance to the original, B) somehow made the car look more narrow and shorter than it is, and C) was in fact a good deal less attractive than the 575M body that was removed, and D) appears to have the nose off a 1953 Corvette. 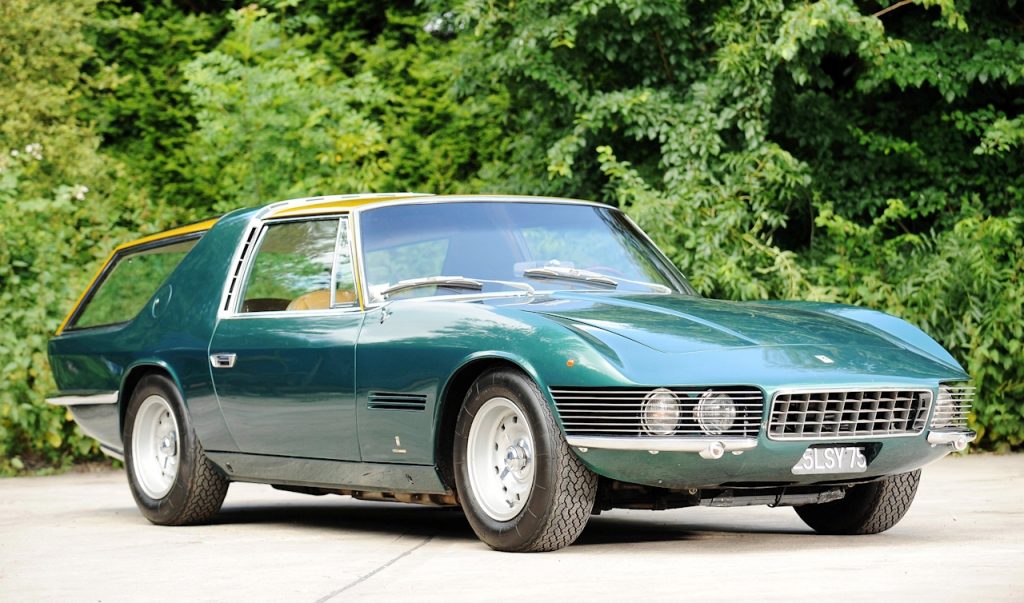 One of the most beautiful Ferrari road cars was styled by an American, and then subsequently ruined by another America. Tom Tjaarda, working for Pininfarina, penned the gorgeous Ferrari 330 GTC. The design for the ‘Shooting Brake’ version of the 330 came from the son of the US Ferrari importer with help from designer Bob Peak. The 330 was completely rebodied by Alfredo Vignale and Company in Italy, with only the original car’s windshield and part of its doors remaining. What a waste. 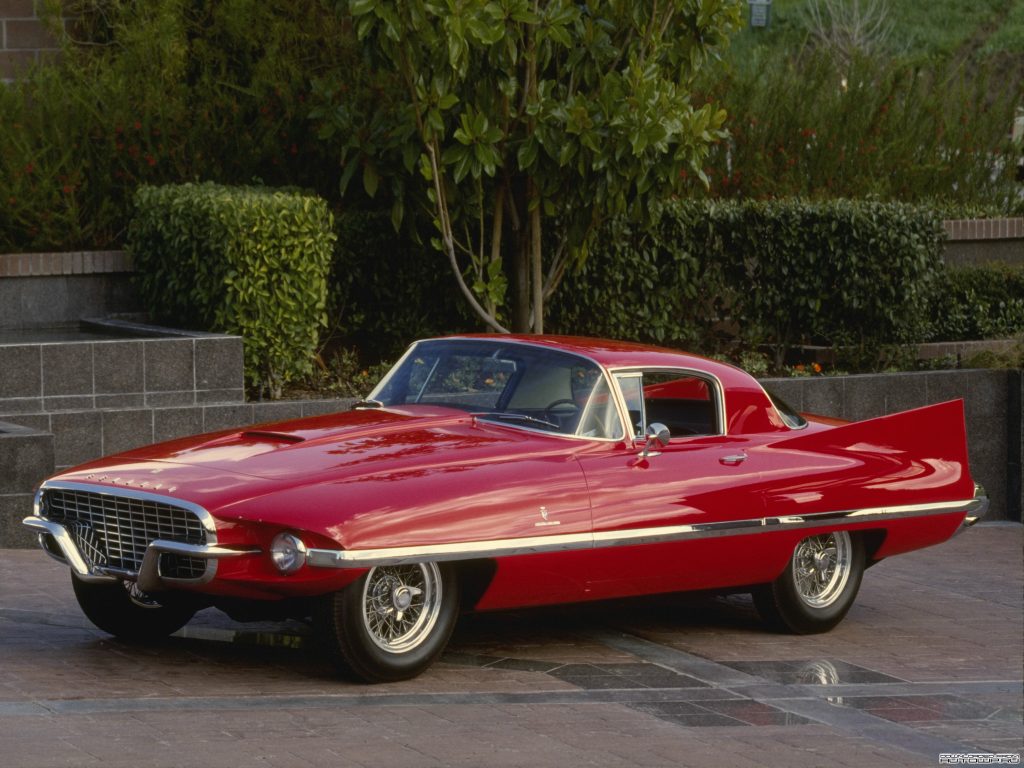 Ghia has just designed several concept cars for Chrysler and while in Detroit they must have drunk the Kool-Aid. This was unprecedented for a Ferrari design to share so many common elements with American cars of the 1950s: wrap-around windshield, heavy chrome bumper and grille, heavy chrome panel running along the waistline, and what’s this? Tailfins? On a Ferrari? It was the last time Ghia would work with Ferrari and in 1970 the design firm was purchased by Ford.


2019 Camaro Z/28 Engine Will Be A 700hp N/A Monster
The Best of 2021 Jaguar
The Four Wheeled Strangeness That is The Mustang Mustero
The Top 10 Quickest Mopar Cars Of All Times
8 Biggest V8 Engines Detroit Ever Sold in a Car And 5 They D...
10 Most Redneck Rides