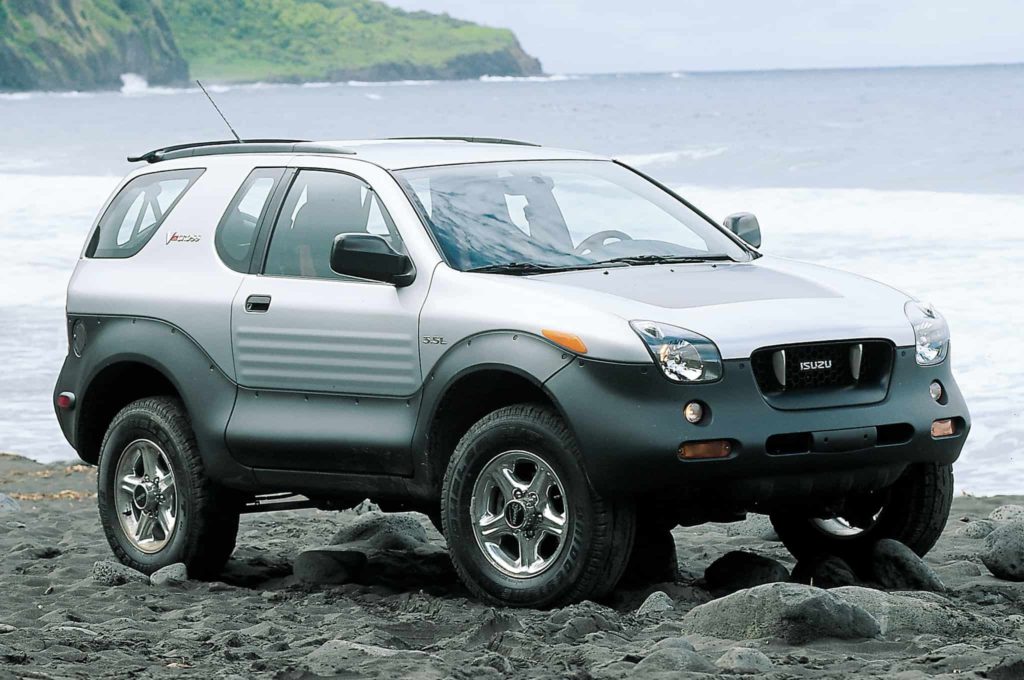 Isuzu might not be a brand you think about much these days. After all, the company hasn’t offered a passenger vehicle since 2009. But the Japanese automaker left a few marks on the North American automotive landscape. Perhaps one of its best-known vehicles was its funky VehiCROSS. This futuristic-looking two-door SUV showcased some features that were ahead of its time while offering legitimate off-road capability. Have you ever considered owning one of these bits of automotive history? Our Isuzu Vehicross buyer’s guide should give you a good idea of what these quirky little off-road rigs are all about.

Isuzu sold the four-passenger VehiCROSS in the U.S. for only three model years, 1999, 2000, and 2001. It was offered in a two-door body style with a four-wheel-drive configuration. There was one engine choice: a 3.5-liter V6 making 215 HP and 230 lbs/ft of torque. Similarly, there was only one transmission, a General Motors-sourced 4L60E four-speed automatic. The VehiCROSS’s fuel economy was rated at 15 MPG city and 19 highway. Only 4,153 models were offered for sale in the U.S. market. 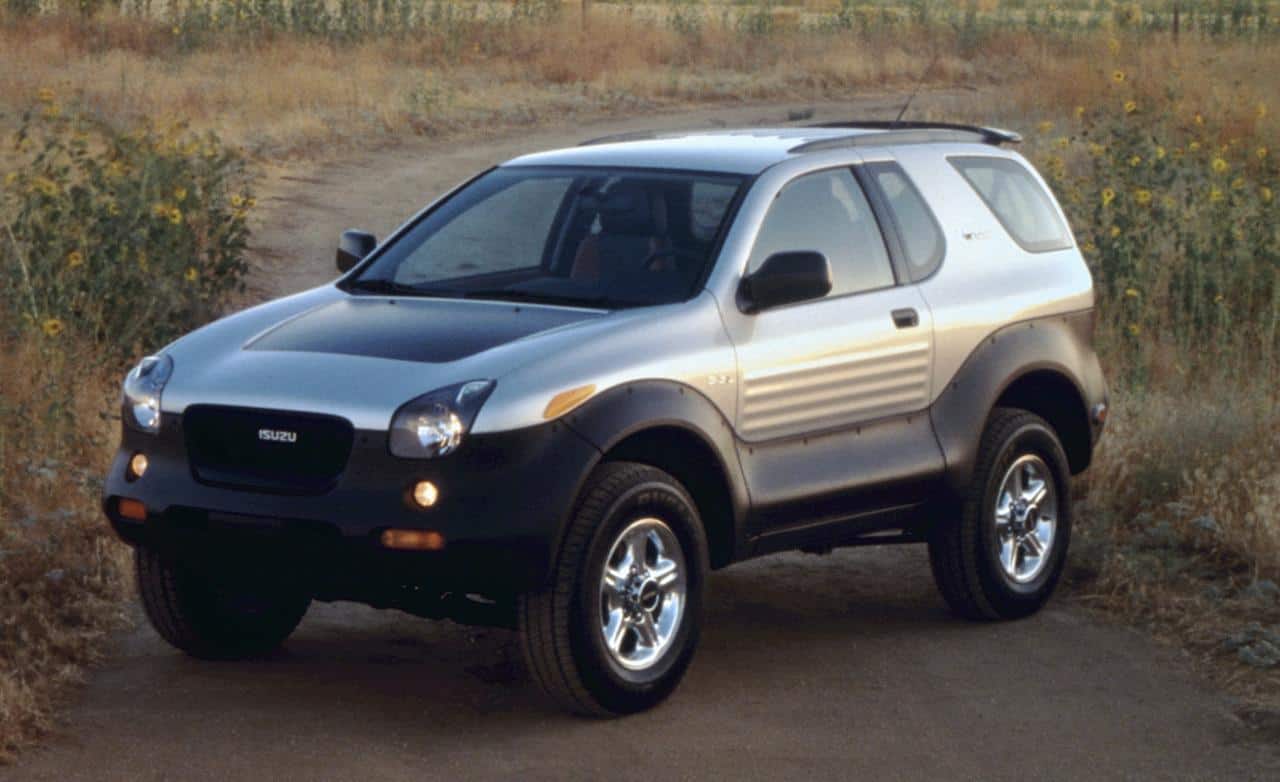 To this day, nothing has looked quite like the VehiCROSS. With its rounded cyber-style, massive body cladding with wide flared fenders, integrated rear spare tire carrier, and slit of a rear window, it had a distinct look. It was also very similar to the concept car which debuted at the 1993 Tokyo Motor Show. Of note, the partially blacked-out hood to reduce glare. This is one of these vehicles that could be re-released today and it’d still look modern and futuristic. 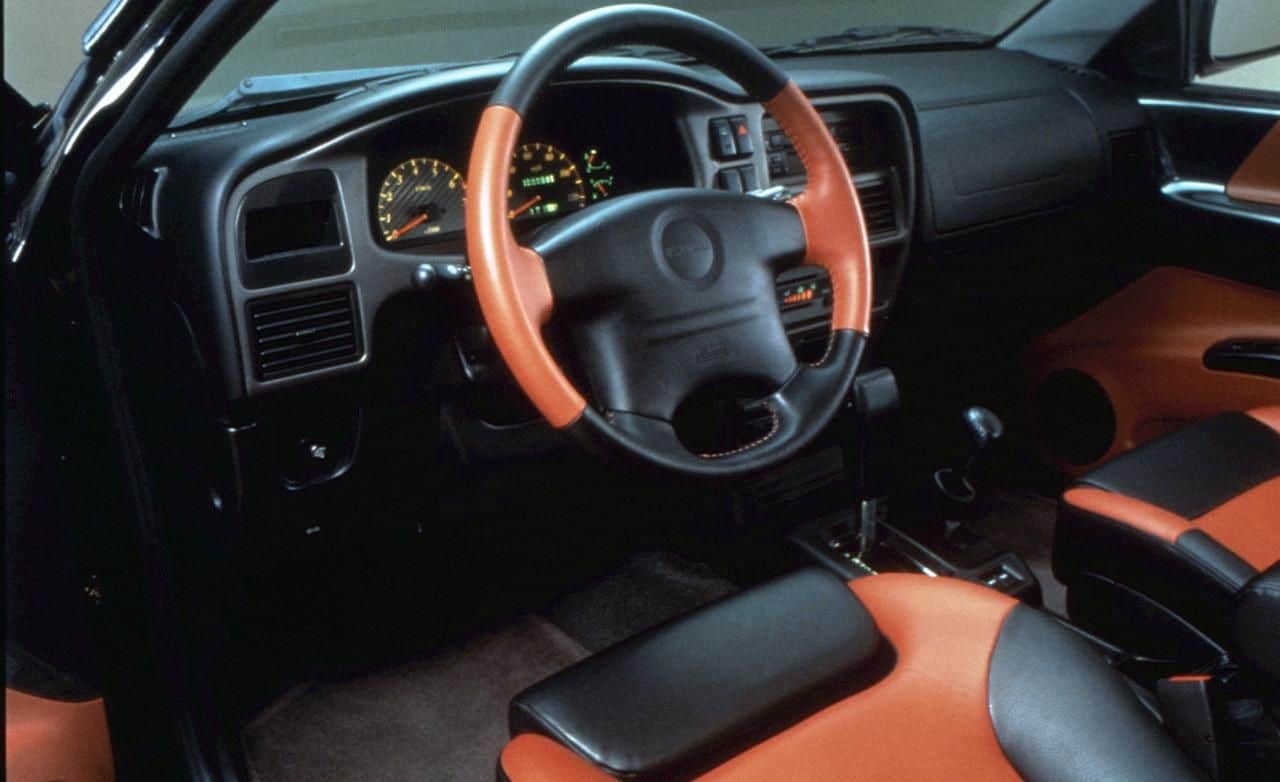 The interior wasn’t as space-age as the exterior. It closely resembled the styling of the more mainstream Isuzu Amigo or Rodeo SUVs. The upholstery and accents were either black-and-red or black-and-gray themed. This aesthetic was carried throughout from the front bucket seats to the steering wheel; door panels to the 50/50 split-folding rear bench. All models also came with power windows, power locks, keyless entry, and dual front airbags. The four-speed automatic transmission’s shifter is located between the seats with the transfer case selector to the right of that. 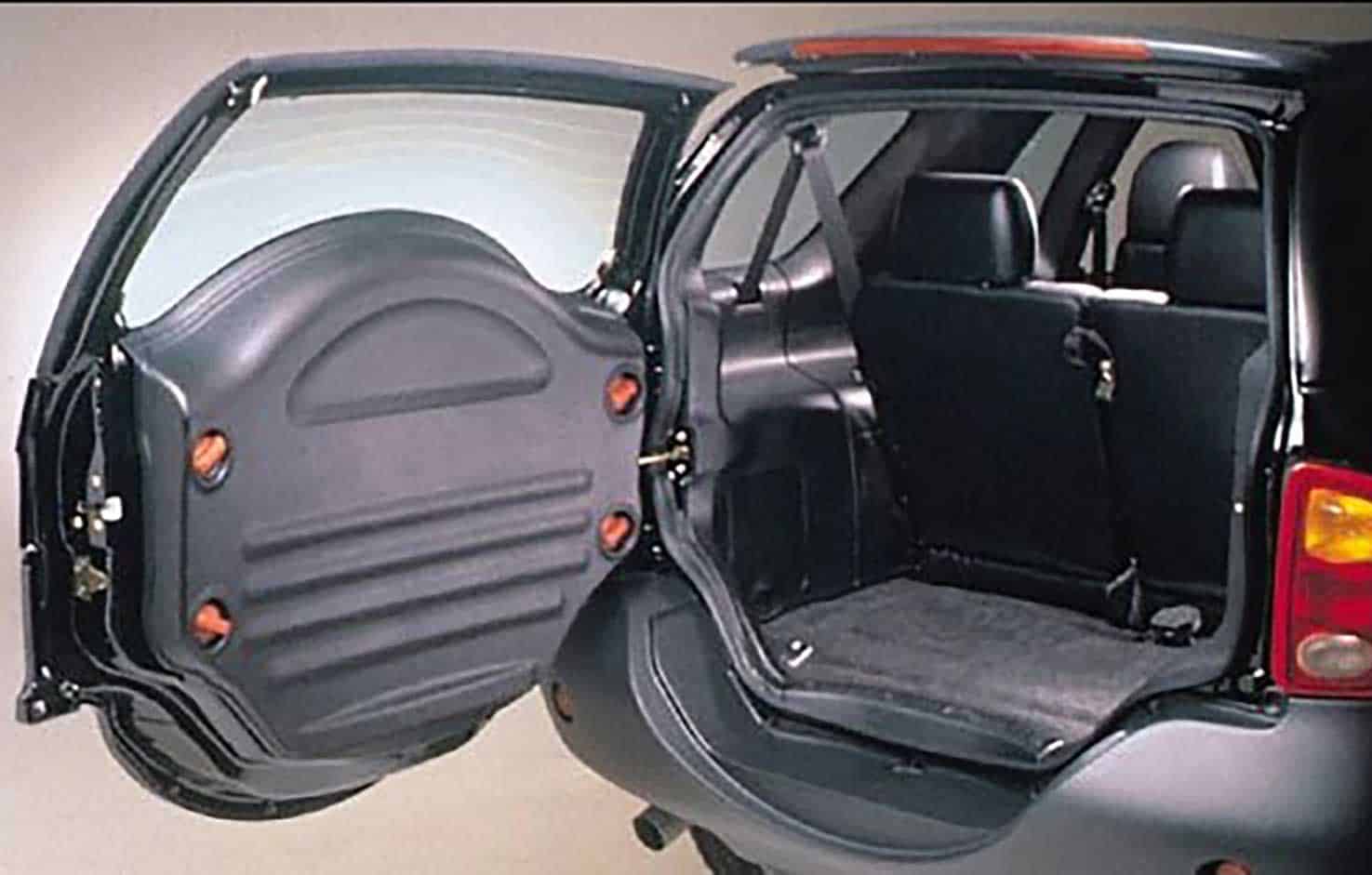 Being a two-door SUV, there wasn’t a ton of cargo space. There was, however, some storage behind the rear seats. And by the way, that integrated rear spare tire bulge on the tailgate? The tire’s actually accessed from the interior.

The tiny SUV’s trucklike body-on-frame construction came from the Isuzu Trooper. It had a four-link solid rear axle and coil springs in the rear. Up front, there is an independent double-wishbone front suspension utilizing torsion bars. While this configuration wasn’t anything new, the shocks were. Monotube 6061-T8 aerospace-grade extruded aluminum bypass shock absorbers came with all models. Yes, in 1999 the VehiCROSS had high-performance bypass shocks from the factory. This helped with off-road performance. Other notable standard features included skid plates, anti-lock brakes, and tow hooks. 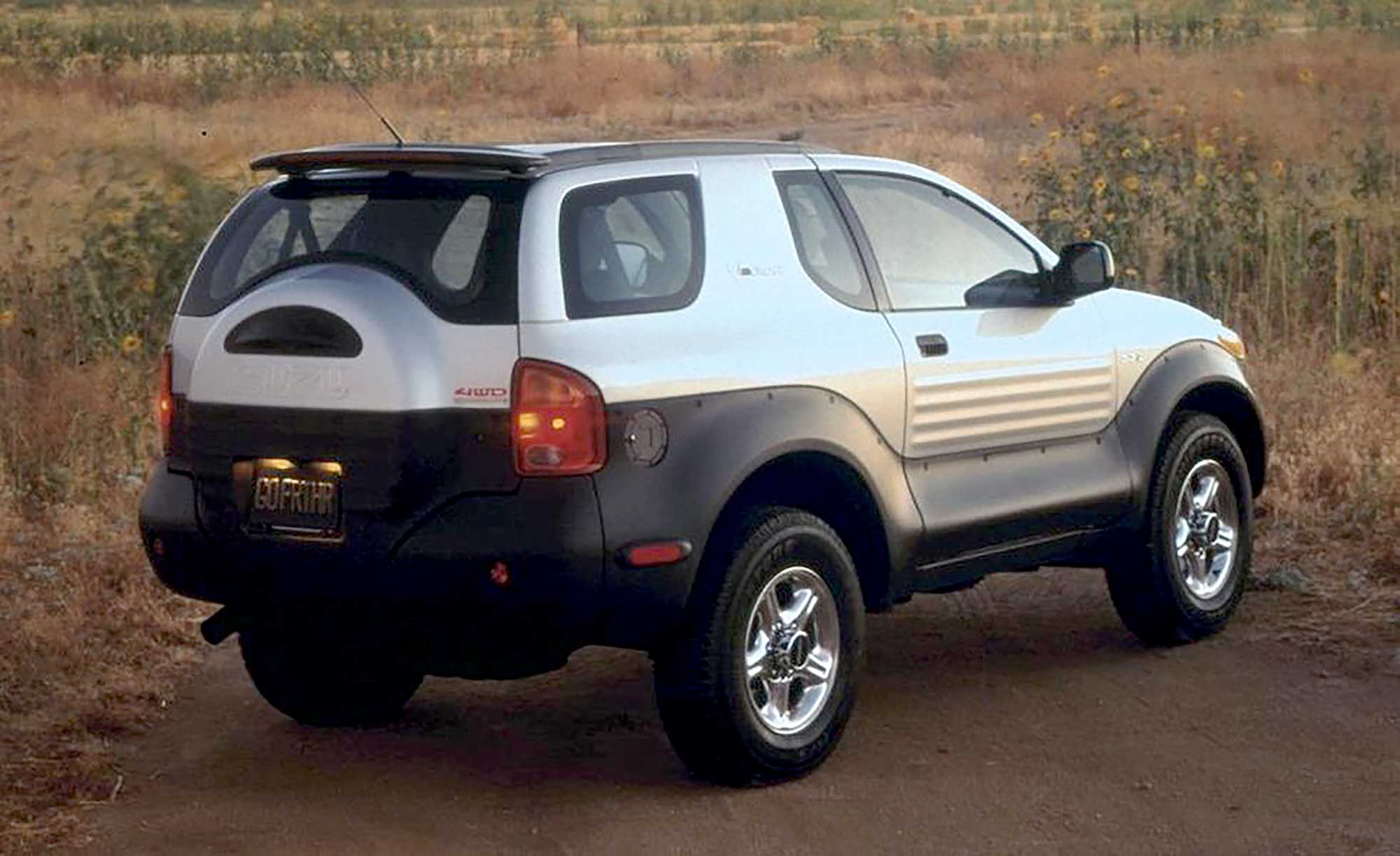 Performance Ahead of Its Time

Performance from the 3.5-liter V6 was athletic for the time. Zero to 60 times were under 9.0 seconds—pretty quick for the era.

Of note: the 4L60E transmission did not have a way to easily check the transmission fluid. This could lead to previous owners neglecting the gearbox—something to be wary of if looking to purchase. 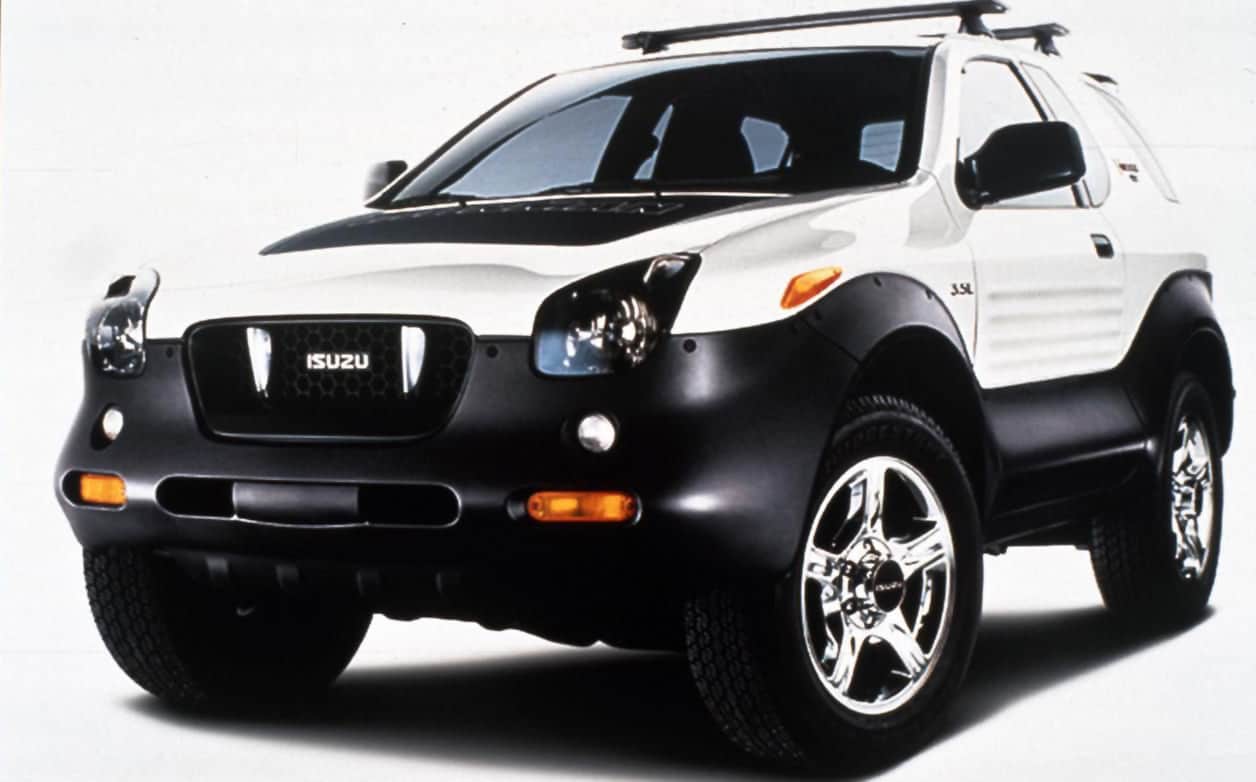 Of the 4,143 Vehicross models sold in the U.S., 602 of them were Ironman editions, named for the iconic triathlon. The $995 package didn’t add much other than some Ironman badging, a Yakima Roof Rack, upgraded stereo, and a logo on the seats. They are, however, rare. They were also only available in white.

Owners have reported several regular problems. This includes oil burning due to a design flaw in the oil port return holes. The 4L60E automatic transmission does not have a dipstick or an easy to way to check fluid levels which can result in infrequent checking and premature wear or failure. Like some other 1990s/2000s SUVs, the front torsion bar suspension system doesn’t allow for lots of travel, so those looking to lift the VehiCROSS won’t simply be able to throw in a set of taller springs.

Potentially the biggest hurdle to these vehicles is simply finding parts since they weren’t made in large numbers. 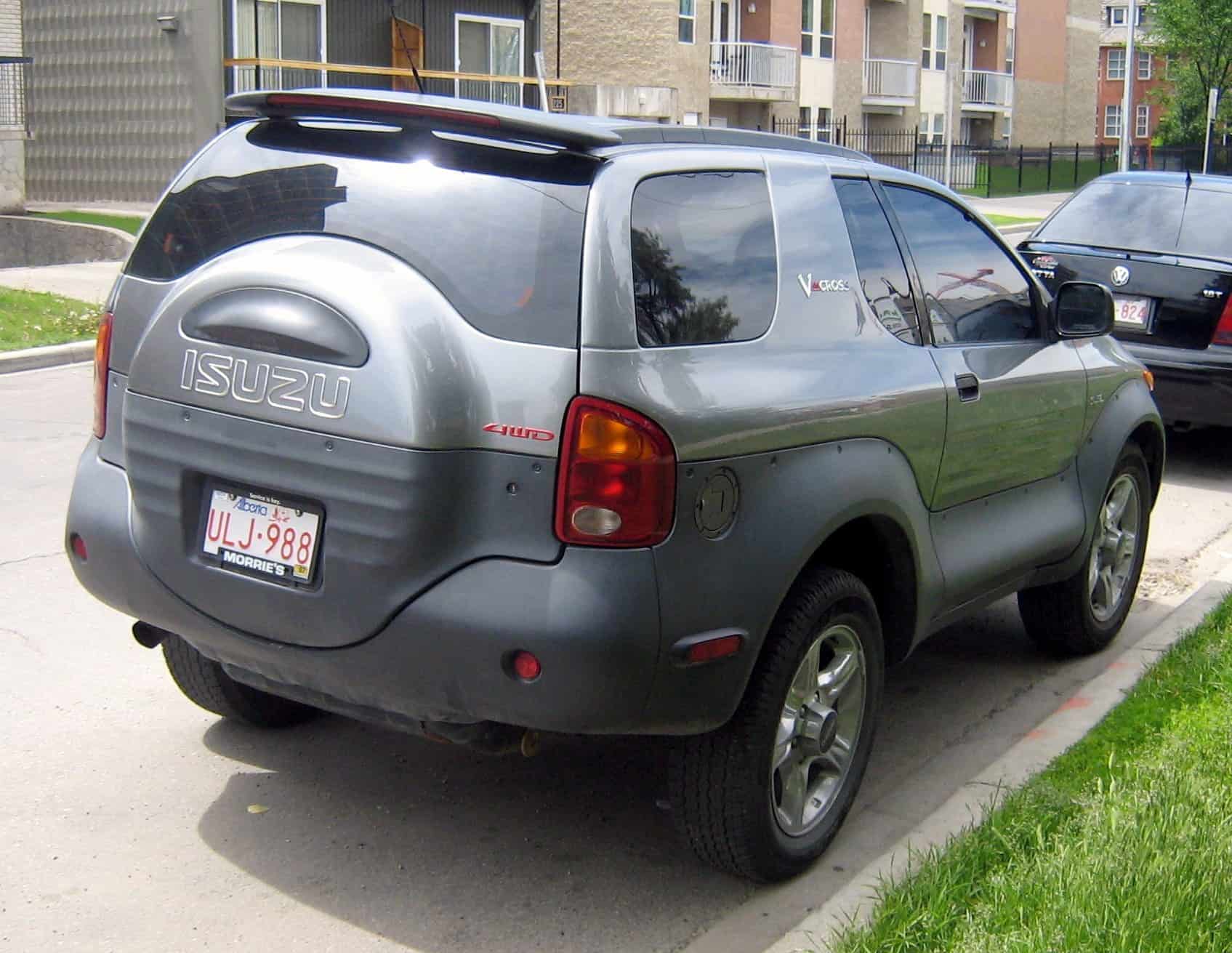 Today’s values are highly dependant on mileage, condition, and frankly desirability. Current prices seem to range from about $4,000 to $12,000, with nice examples to be had around the $8-$10,000 range.

Like any fringe vehicle, there are groups where owners and potential buyers can learn more. Two of the best resources I’ve found have been the Isuzu VehiCROSS Facebook Group and the vehicross.info forum. Here owners can ask questions, find parts, meet other owners, and share photos of their unique SUVs.

One thing is for sure: While Isuzu is no longer selling vehicles in North America, the VehiCROSS is the company’s most memorable vehicle.