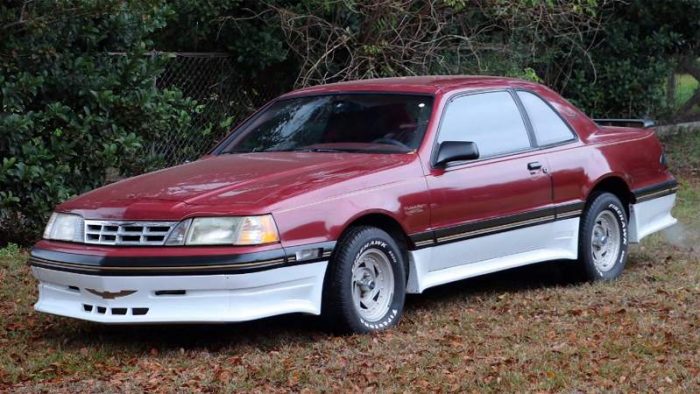 “Special edition” vehicles have been grabbing headlines for new models and (hopefully) injecting fresh marketplace interest into stale ones since the 1960s. While some of these limited-edition trim and/or performance packages have been legitimately “special” in terms of significantly upgraded power, handling, comfort or aesthetics, others have amounted to little more than some “signature” badges and go-faster stripes.

Here are ten of history’s most un-special special editions. 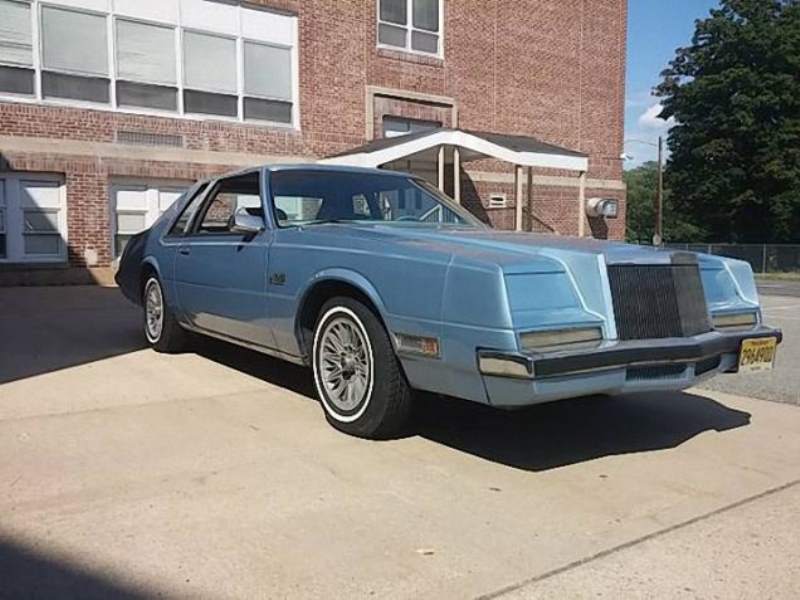 Chrysler’s 1981-1982 Imperial Frank Sinatra Edition was a flop variant of a flop luxury coupe. The story goes that Chrysler chairman Lee Iacocca was buddies with Ol’ Blue Eyes, and created this special vehicle – painted to match those famous sapphire peepers and including a console case full of Sinatra cassettes – in his friend’s honor. 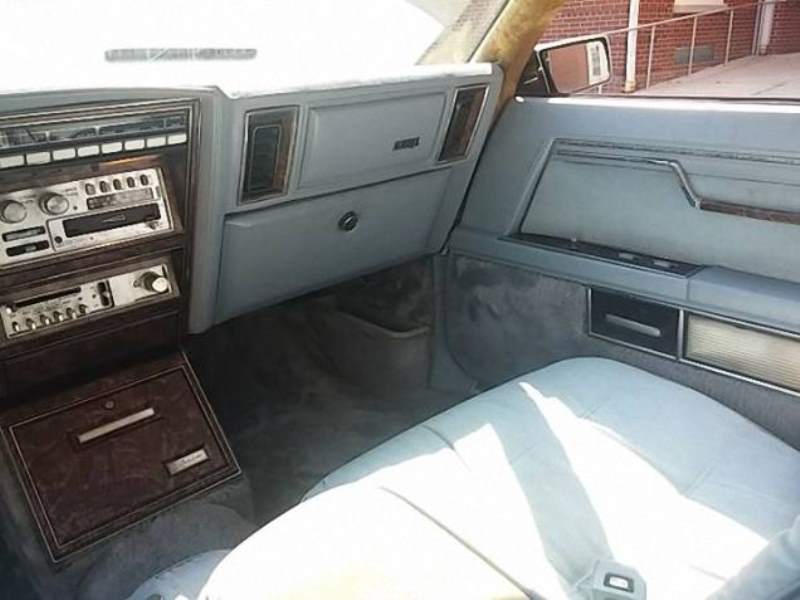 Even with the legendary crooner’s endorsement, his signature ride comprised only 278 of the fewer than 13,000 of this famously flawed Imperial incarnation ever sold (Sinatra himself apparently complained about roadside high-voltage power lines interfering with its fuel injection system). 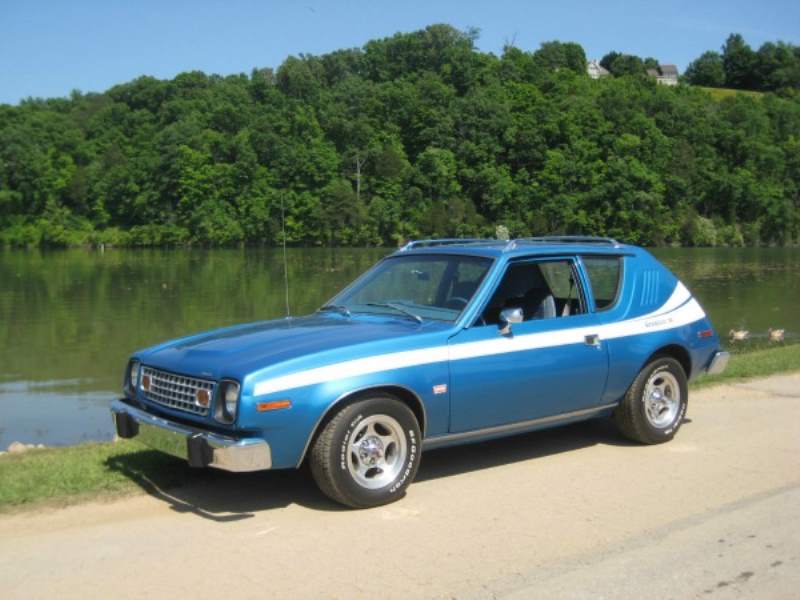 Perhaps the ultimate expression of 1970s special-edition co-branding, it’s rumored that you can sprout a mullet hairstyle simply by sitting in a Levi’s Gremlin. Billed by AMC (seriously) as “the economy car that wears the pants”, this 1973 creation literally had upholstery designed to resemble blue denim, replete with distinctive Levi’s orange stitching and tabs. 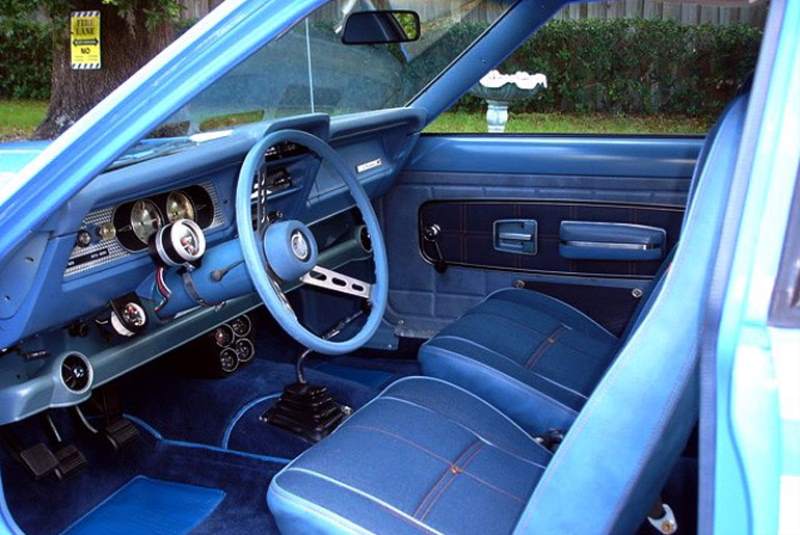 The Levi’s Gremlin was an exercise in sensory overload, with matching denim-blue paint, trim and even carpet completing its queasily kitschy cosmetics. Unfortunately, beneath its jeans lurked the gas-guzzling, rust-prone genes of the everyday, aptly-named Gremlin. 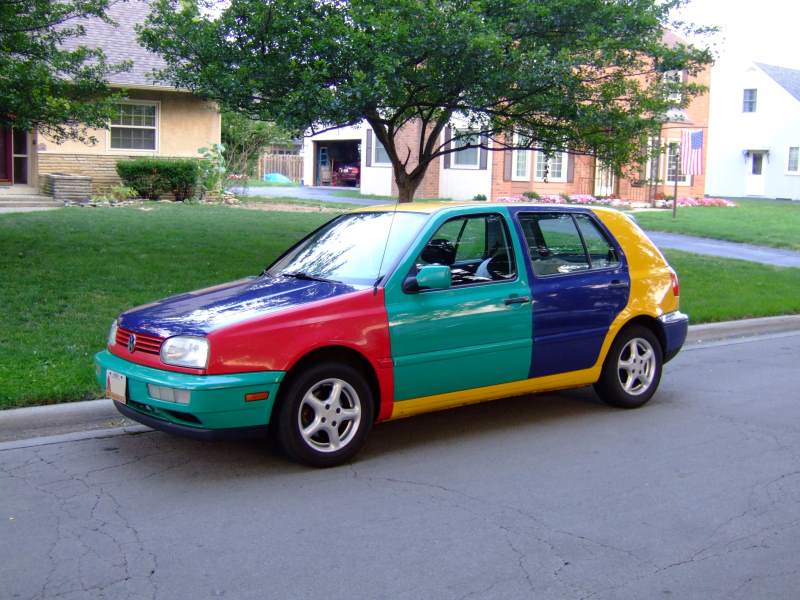 VW’s bizarre “Harlequin” cars, based on 1995-1998 Polos in Europe and 1996 Golfs stateside, were unarguably distinctive, with multi-colored body panels giving the appearance of a toddler’s doodle made real. Only the mis-matched panels were all that differentiated these otherwise stock models. The Harlequin idea seems to trace back to 1960s ads for the VW Beetle, which used multi-colored panels to illustrate the interchangeability of its parts. 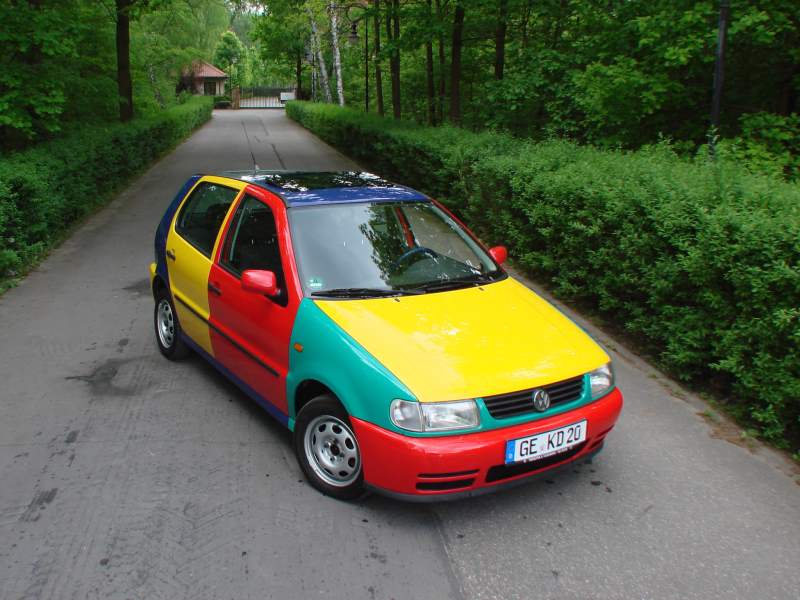 Interestingly, the Harlequin Polo sold so well in Europe that its planned 1,000 units were extended to 3,800, yet only 284 Harlequin Golfs were sold in all of North America.

Despite its mouthful of a name, this limited edition 2013 Evoque did not actually come with the svelte Victoria Beckham, but rather enjoyed design input from the fashionista Spice Girl. Based on the $44,995–$52,895 “Dynamic” version of the luxury British SUV, it somehow commanded well over six figures. For this spiced-up sum, 200 buyers (mostly in China) got matte grey paint, rose-gold accents, 20-inch wheels and interior upgrades apparently inspired by Beckham’s childhood memories. Like its namesake, the VB Evoque is a stylish looker, but even “Posh” sold hers after only 1,400 miles. 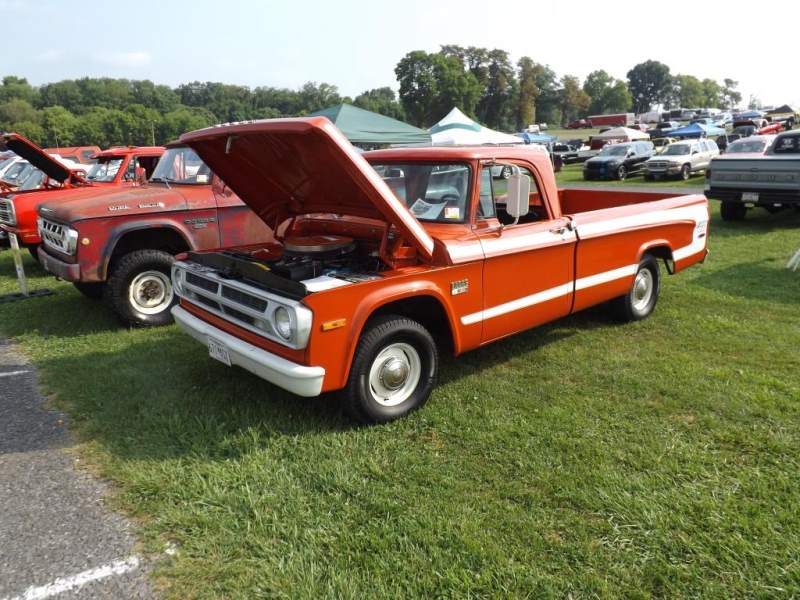 Introduced in 1969, the Dodge Dude was one of the earlier special edition vehicles and served notice that pickup trucks were far from immune to this enduring marketing device. In essence a standard D100 truck, any “Dude-ness” consisted only of C-shaped side decals, “dog-dish” hub caps, Western-style “Dude” decals above the rear marker lamps, and a roof color-matched to the stripes. 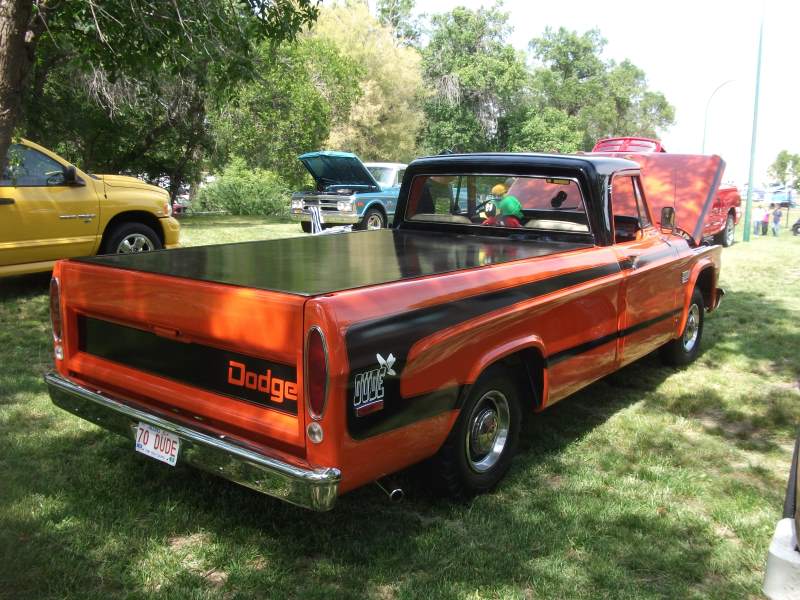 There were zero engineering or comfort upgrades and, incredibly, a textured paint option was cheekily advertised as a “vinyl roof” at the time. But with fewer than 2000 made, the Dude’s cult following nonetheless abides. 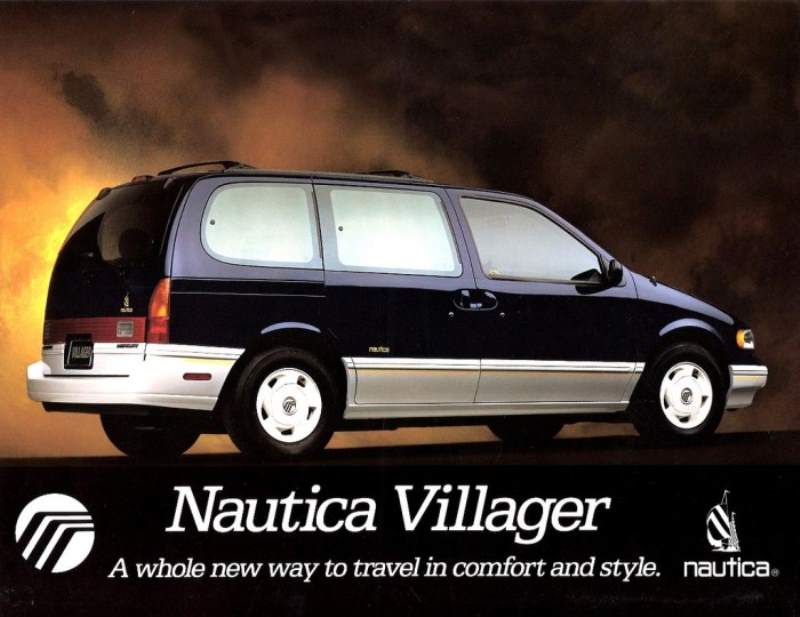 One of the auto industry’s great oxymorons is the “special” minivan. Among a plethora of cars cross-branded with apparel manufacturers (including Subaru’s Outback LL Bean edition, the Ford Explorer Eddie Bauer, and the Chevrolet Avalanche North Face Edition) is Mercury’s mid-1990s, Nautica-themed Villager mom-mobiles. Nautica’s seafaring aura was vaguely expressed in the Villager (itself a re-badged Nissan Quest) by blue and white paint, white wheels, captain’s chairs, and a yellow pinstripe. 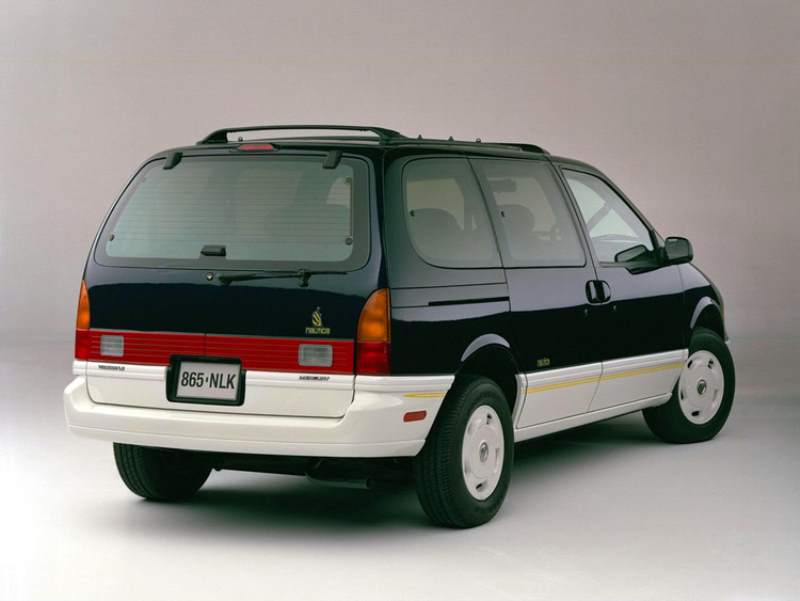 Only the camping bag included with this “high-end” trim suggested that owners might actually venture any farther than the nearest mall. 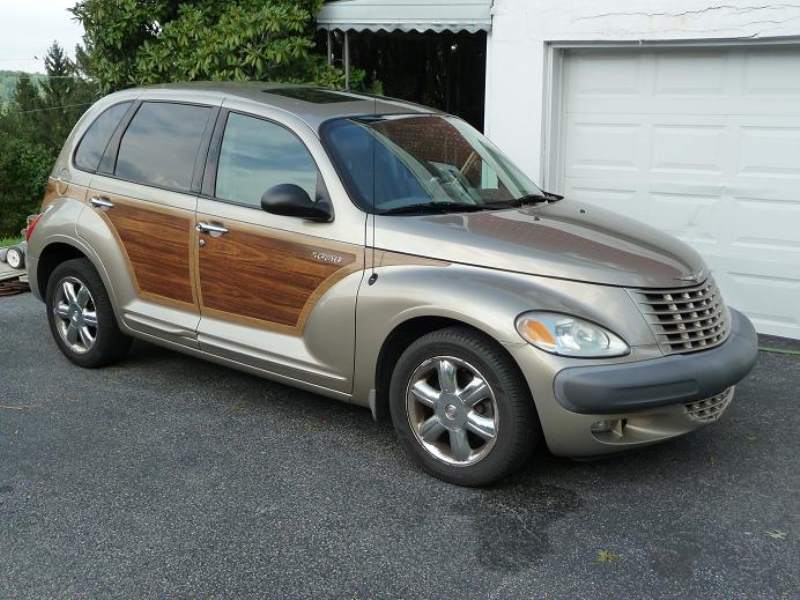 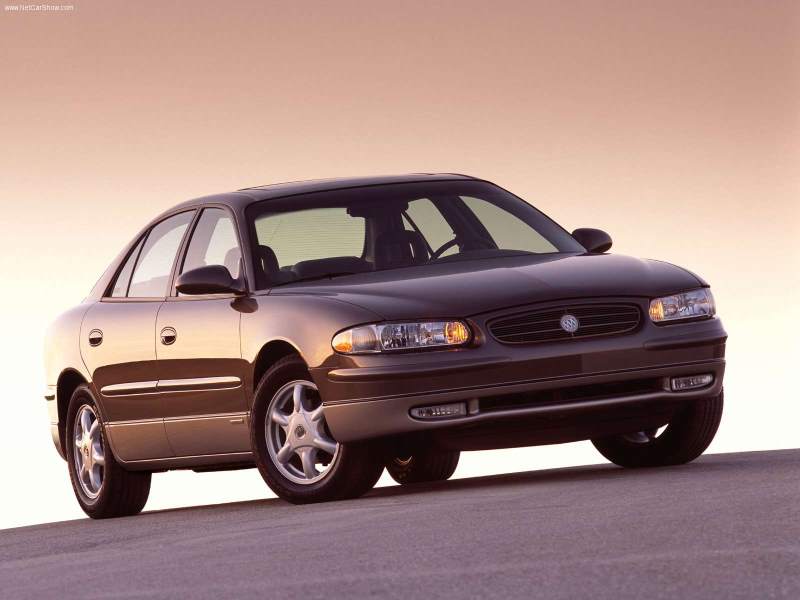 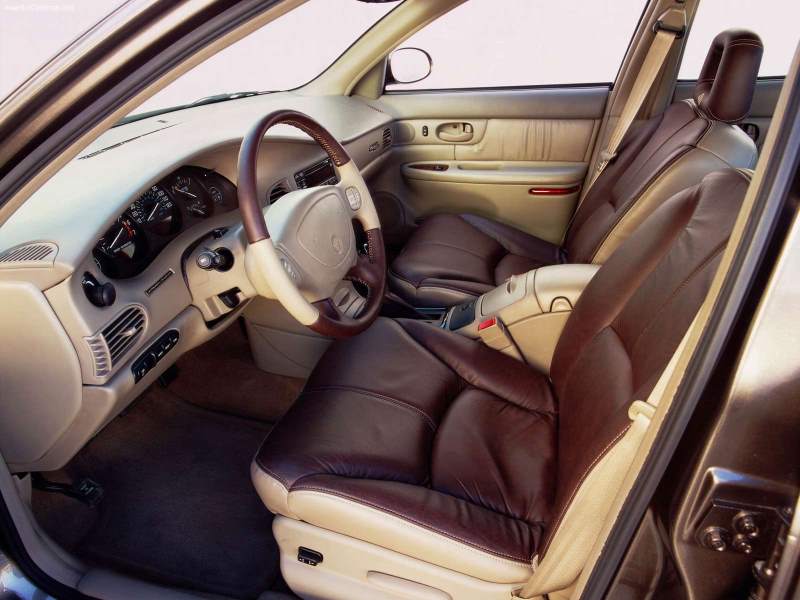 Abboud’s menswear brand was hot stuff back then, his JA Apparel trademarks having sold for $65 million in 2000, and the association was intended to waft class and style over the otherwise deathly dull Regal. This is sort of car your grandparents offer to give you, absolutely free, but you opt to continue taking the bus. 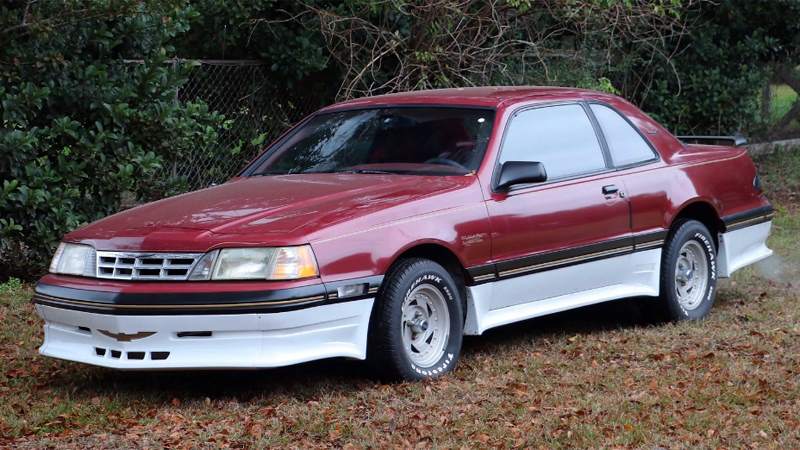 With just 50-60 made, the Bill Elliott Thunderbird – an homage to NASCAR legend “Million Dollar Bill” – has the aura of a legit special edition. But the included jacket and certificate of authenticity hinted that this dressed-up ninth-gen T-Bird was distinctly lacking in any “specialness” in the vehicle itself. 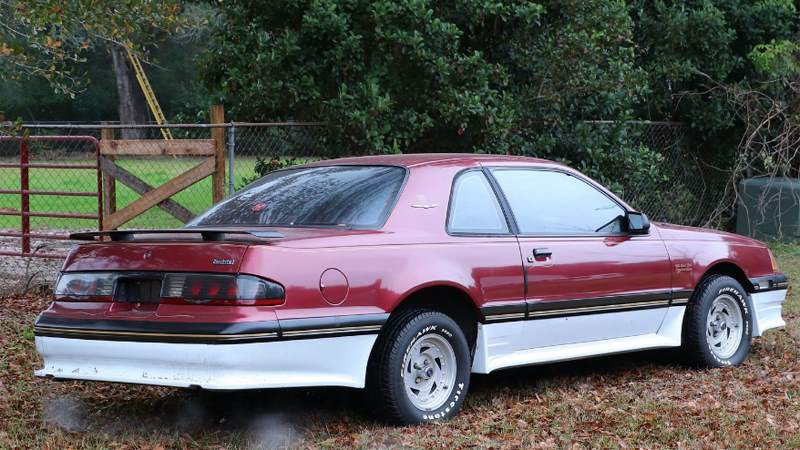 This, in fact, consisted of just two-tone paint, an ’87 Turbo coupe nose, and Elliot’s name alongside a numbered plaque on the back. (This car shouldn’t be confused with tenth-gen Bill Elliott edition Thunderbirds, including the 1993 “Bill Elliott Super Coupe” sold by his Georgia dealership). 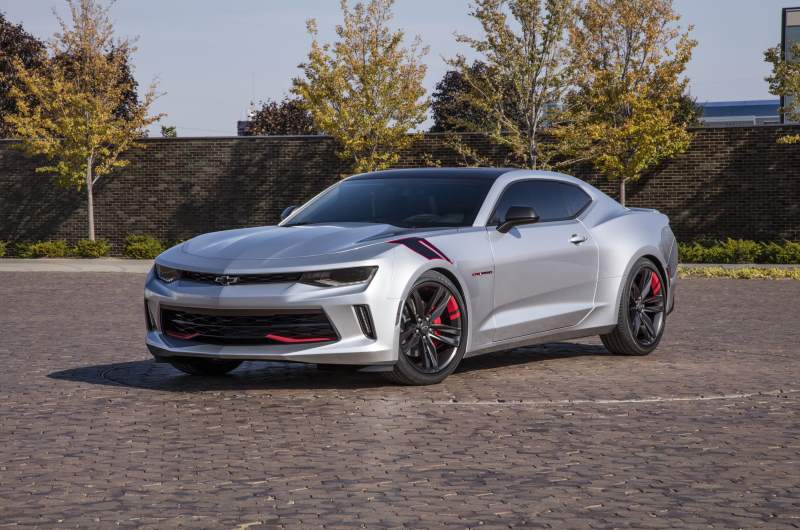 As if to confirm that the “special edition” idea is not only alive, but thriving, earlier this year Chevrolet introduced its Redline series, imbuing no less than nine of its cars, crossovers, SUVs and trucks with what it dubs “an urban, street-smart look”. Considering that the great majority of drivers are city dwellers, giving them such appeal as standard might have been a good idea. The SEMA-influenced Redline’s red-accented black grilles, wheels and “bowtie” emblems are hardly head-turning, but might just set your Chevy apart from your neighbor’s (upon close inspection, at least).