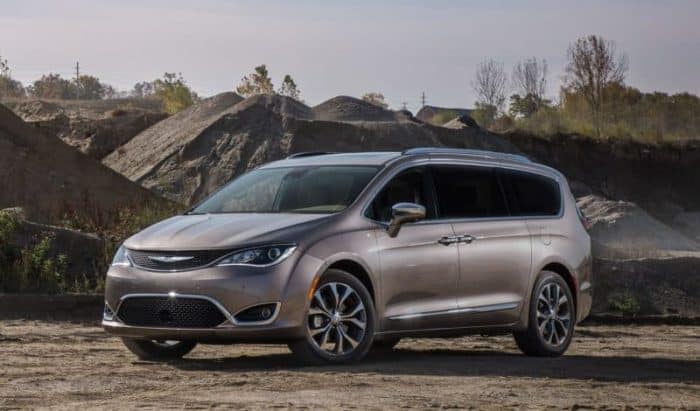 Chrysler’s sales still haven’t hit their lowest point in recent decades although they’re certainly on the path to doing so. One of two FCA namesake brands has managed to market only 188,545 vehicles in the U.S. during 2017 which was perilously close to their 2009 recession minimum of 177,015 units. What it failed to do in 2017, Chrysler has finally achieved in 2018. By delivering only 165,964 vehicles on the U.S. market for the entire year, Chrysler has recorded its worst result in decades. With no substantial growth in 2020 Chrysler model numbers, the once mighty division’s woes are expected to continue for a while yet.

At the moment, the Chrysler book has only got two pages, metaphorically speaking. While the Pacifica minivan’s sales continue to grow, the 300 sedan is standing in place. With the latter of the two scheduled to get the ax in 2020, it’s evident that the FCA luxury division has already put a plan in motion – a plan that would, hopefully, see the Chrysler brand get back on track and recapture its former glory.

Instead of the iconic 300 nameplate, Chrysler will offer something more contemporary. Apparently, that’ll be nothing other than another people hauler based on the Portal concept unveiled at the 2017 Consumer Electronics Show in Las Vegas. This would convert the brand into a dedicated people hauling division with only minivans in its portfolio. That’s one way of giving newfound purpose to a faltering luxury badge. The introduction of at least a couple of luxury crossovers would be another, but the FCA brass probably aren’t prepared for the sales cannibalization issues that would evidently spring out from that particular approach.

It’s still too early to speculate on Chrysler’s future as a division within the FCA range, but at least we can focus on MY 2020 and its impact on the once-mighty brand. We can also go back in time when the Chrysler badge inspired much more awe. Here are some of the almost forgotten classic Chrysler models you might have trouble recognizing.

The Chrysler Pacifica stands out as one of the best minivans currently available on the market. This shouldn’t come as a surprise considering how the former Chrysler Corporation is actually responsible for their existence.

The high-end minivan is currently available in both the conventional internal-combustion-powered and plug-in hybrid forms. Both have their own particular advantages, but there are no differences when it comes to utility. Regardless of choice, you’ll get up to 141 cubic feet of cargo space with all seats behind the front row folded. Although not class-leading figures, one has to take the Pacifica’s upscale demeanor into account. Also, Chrysler’s only remaining minivan after the Dodge Grand Caravan’s discontinuation comes with revolutionary Stow N’ Go seats (although not in hybrid form) and a built-in vacuum cleaner.

The new entry-level Pacifica models now start from $35,000, while the hybrid Pacifica warrants at least $40,000 to begin with. That makes the latter a tough sell in this competitive family segment despite boasting numerous advantages over its rivals (especially fuel efficiency-related ones).

The powertrain lineup remains in place for MY 2020. The conventional Chrysler Pacifica minivans draw inspiration from a 3.6L V6 engine that’s good enough for 287 horsepower by itself. They’re paired with a 9-speed automatic gearbox and come exclusively in front-wheel drive guise.

The Chrysler Pacifica plug-in hybrid utilizes the same engine, albeit with a helping hand from a 16 kWh lithium-ion battery pack. This setup clocks out at slightly lower 260 ponies but provides 33 miles of electric-only range and much better fuel efficiency of 32 mpg combined compared to non-hybrid’s 22 mpg combined. Furthermore, the EPA rates it at 84 MPGe when the electric bit of its powertrain gets taken into account.

The Chrysler Pacifica hybrid gets a CVT transmission but the all-wheel drive is still nowhere to be found. New for 2020 is the Red S Appearance package which mostly adds cosmetic and tech-related upgrades. 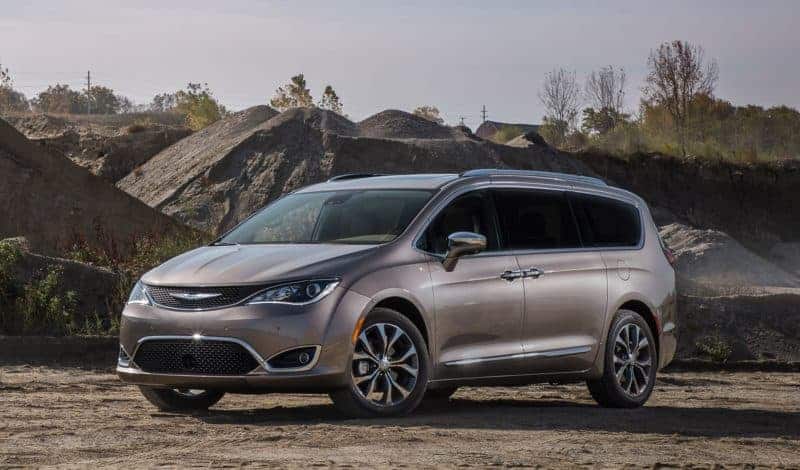 The Voyager is by no means a new nameplate for the Chrysler brand but it has been absent for a few years now after bowing down in 2016. What’s more, a new Voyager hasn’t been seen in the U.S. since 2003 as we had its mechanical twins the Chrysler Town & Country and Dodge Grand Caravan. The next-gen Voyager is, however, practically an affordable Pacifica minivan.

As mentioned above, in lacking any other means of bringing a new car to the market on a short notice, FCA has decided to create an affordable Pacifica spin-off. The 2020 Chrysler Voyage thus starts out as nothing other than the entry-level Pacifica L which costs $27,000 and LX which requires $30,000.

Topping the range is the Voyager-exclusive LXi trim level which is also the only one to get its role model’s Stow N’ Go seats. It also receives leatherette seats, a remote start, and a higher price tag. Apple CarPlay and Android Auto are standard from the get-go.

Being a Pacifica spin-off, the new Chrysler Voyager naturally comes with its stablemate’s powertrain as its sole option. That would be a 3.6L V6 capable of producing 287 horsepower. The engine is, naturally, tied to a nine-speed automatic transmission which routes all that power to the front.

The Chrysler Voyager might not look like much on paper, but it threatens to replace the Pacifica as FCA’s go-to minivan overnight thanks to its lower price tag. The Pacifica itself has received new, higher price tags across the board and it’ll be interesting to see the final sales figures for both nameplates after 2020. 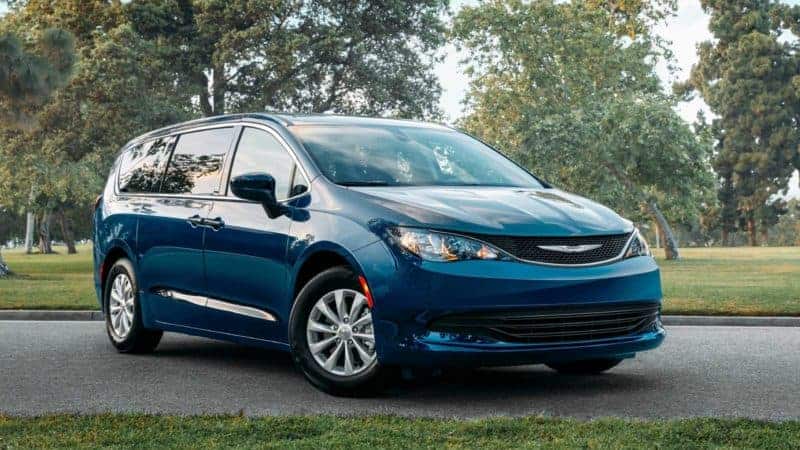 What’s Not in the New 2020 Chrysler Lineup

The modern iteration of the Chrysler 300 first appeared in 2005, while the current-generation models stem from 2011. The reason they haven’t been redesigned for such a long time is they have no real future within the Chrysler lineup. The Chrysler 300 might very well sing its swan song during MY 2020.

In any case, FCA didn’t lift its finger to do anything about the luxury full-size sedan’s outdated underpinnings which it shares with the similarly venerable Dodge Charger. Plagued by a not-overly-exciting ride and handling, an outdated cabin and not-particularly-good safety scores, the Chrysler 300 showcases all the shortcomings of a previous decade’s car.

Needless to say, that’s exactly how we find it in 2020 after which the 300 is scheduled to bow down. There’s only the Red S appearance package to distinguish it from the previous year’s models. Prices start from around $30,000 and work their way up to the $44,000 mark range.

Nothing has been changed in the powertrain department. Most 300 sedans retain their 292-horsepower 3.6L V6 engines which make 300 ponies in the S label thanks to a cold-air intake and a different exhaust. They come in both the rear and all-wheel-drive configurations. An optional 5.7L V8 develops 363 horses and 394 lb-ft of torque, but unlike the V6, it can only be paired with a rear-wheel drive. Both engines are offered with a mandatory 8-speed automatic transmission.

A proper send-off would be completed by a special edition model, but nothing official on that particular matter has yet been announced by FCA. Whatever happens later during 2020, the Chrysler 300 as we know it will have to go. The Dodge Charger and Challenger will receive a new platform by then, but the 300 itself finally goes into a well-deserved retirement instead. 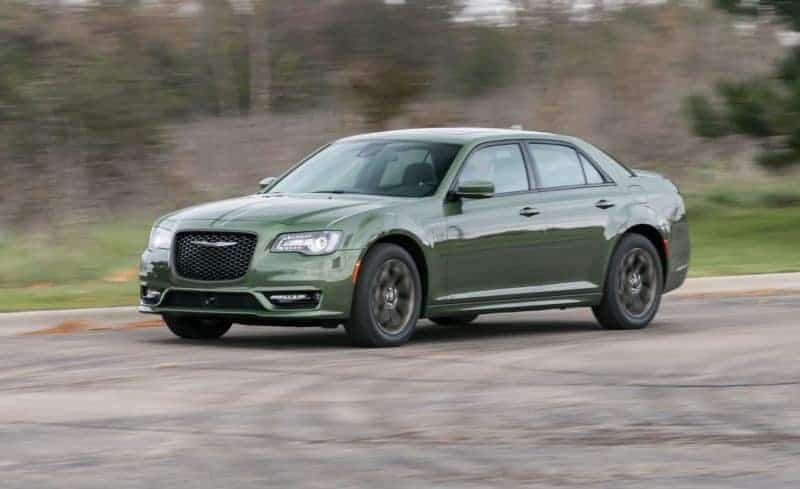