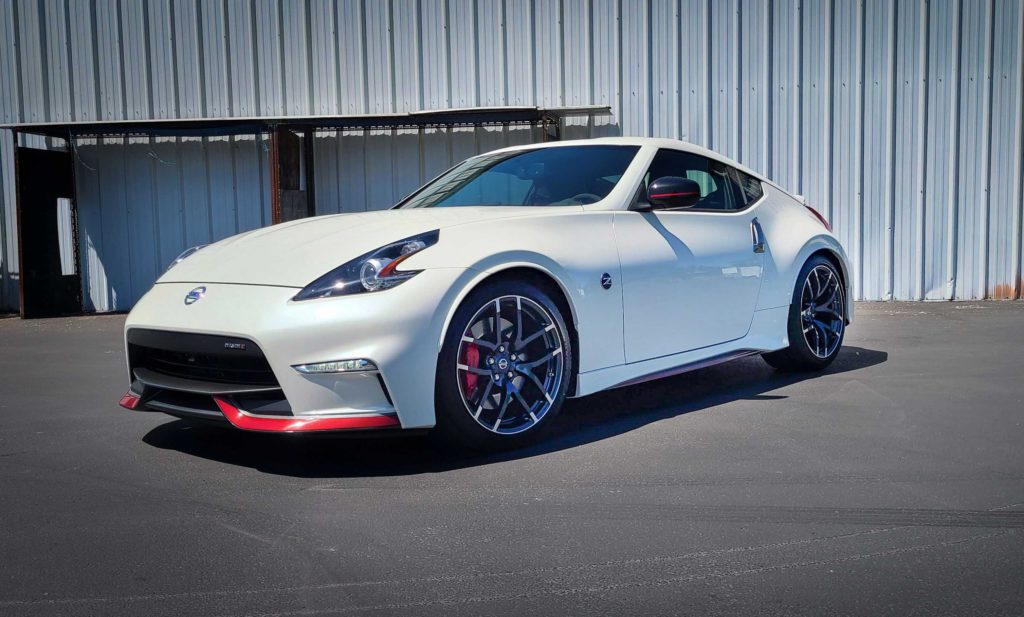 It’s easy to think of sports cars and immediately think of the iconic names, but is the Nissan 370Z Nismo on that list? Badges like Corvette or Mustang or perhaps entire brands like Porsche are known to dominate the sports car conversation. But only one brand comes to mind that can be recognized by a single letter: Z.

Nissan has made its iconic Z cars since 1969. They’ve always been sporty and svelte, from the initial Datsun 240Z all the way to the last of the Nissan 370Z models. And as the brand looks to launch the latest Z-car, we took the last Nissan 370Z for a spin to see if it could deliver on the Z car’s legendary sports car heritage.

Nissan recently provided me with the last of the 370Zs — a pearl-white 2020 Nissan 370Z Nismo variant with the 6-speed manual. This would be my last fling in a 370Z as I — and the rest of the world — anticipate the upcoming 400Z. The 400Z will very likely continue the Z-car’s sporting legacy, keeping the Nissan Z moniker associated with sports car history. 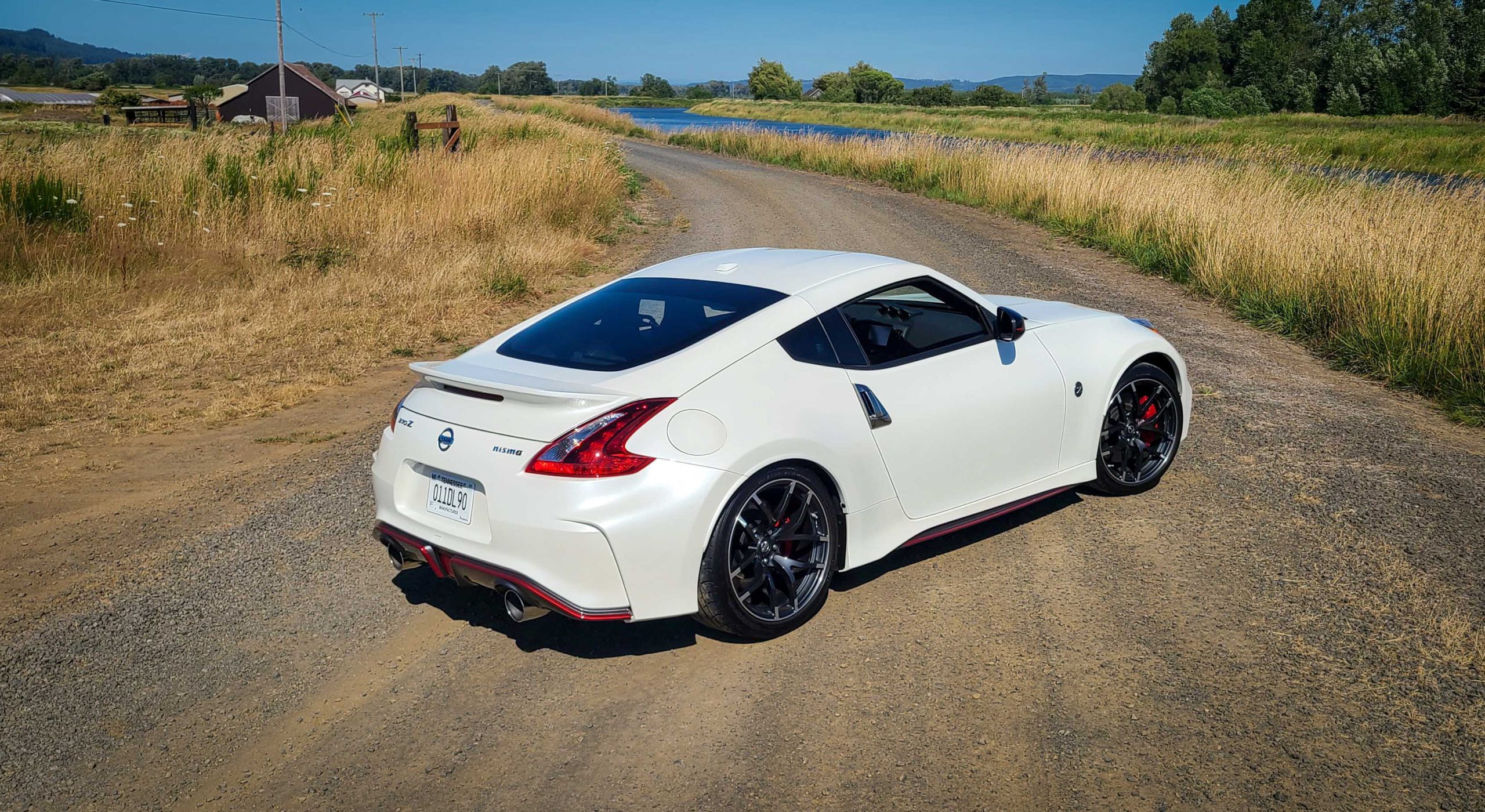 The 370Z’s shape was similar to the 350Z. No one would mistake it for anything else. With its shark-like nose, elongated hood, wide hips, and athletic posterior, the 370Z was a looker. Like the previous 350Z, a drop-top roadster version was also available. 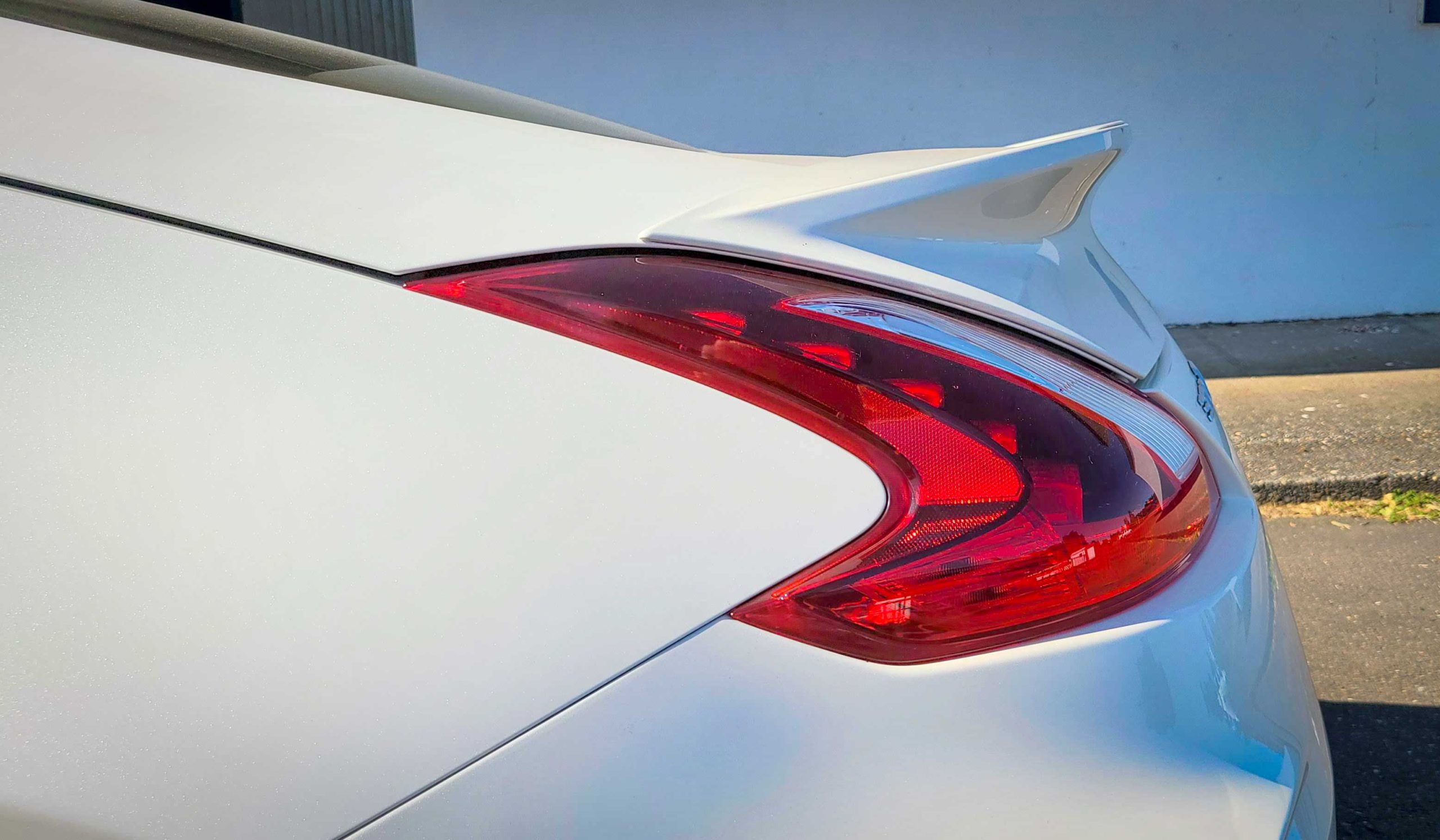 This car had a rather remarkable 13-year run. That’s nearly unheard of these days. But thanks to the admirable performance and sexy styling, the 370Z soldiered on until the 2020 model. It even celebrated its 50th anniversary in 2020.

While the 370Z is now history, Nissan isn’t abandoning its Z car and will be debuting an all-new 400Z later this summer. We’ve seen the prototype and it’s gorgeous — but it’s just a prototype. However, this new 400Z future car showcases many of the classic Z styling cues.

From the long hood and steeply raked rear window, to flared fenders and taillights that pay homage to the 300ZX, Nissan has definitely done retro the right way with this screaming-yellow show car. Let’s hope the production model keeps all these great lines. Nissan is anticipating an August 17, 2021 launch of production 400Z models. We’re eagerly awaiting its arrival.

370Z Department of the Interior

The Nissan 370Z Nismo is fairly long in the tooth with 13 model years under its belt … er … roof. But I think it has aged extremely well. However, there are signs it’s ready for an update, especially on the interior. My 2020 3.7L Nissan 370Z Nismo tester had racy, red-trimmed Recaro seats with loads of bolstering and an Alcantara-clad steering wheel and accents — great additions in any sporting vehicle.

It was, however, one of the few newer vehicles still rocking a CD player. And while a compact disc player is not necessarily a con, it clearly showed the car’s age. There were a few other interior bits that felt older as well, such as some of the switchgear, the tiny LCD screen, and dual backup cameras — one in the center stack and one in the rearview mirror.

I still loved the look of the three dash-mounted gauges — voltage, water temp, and clock. This is also a styling cue from older Zs. But let’s face it: at the end of the day, this is a 13-year-old new car. The Nissan 370Z Nismo is due for an update.

Looking at the 400Z concept’s interior, all of these woes have been addressed. It has a much more modern look with the requisite amenities — including the triple dash-mounted gauges and door-mounted air vents (same as the 370Z). Granted, it’s just a concept. But if the production model is close to the concept, it’ll be very nice.

The 400Z will shake things up. It will be the first Z-car named after its power output versus its engine displacement. It will have a twin-turbo 3.0L engine making 400 hp. So while the shape will be familiar, the naming convention won’t be. Plus, calling it the 300Z would be, you know, regressive.

Going back to tradition, the 400Z will continue to offer both a manual and automatic transmission. Like other vehicles (we’re looking at you, Toyota Supra), it’s not ditching the stick shift. Point-and-shoot lovers, don’t worry: you’ll still be able to get an automatic. Fun fact: According to Nissan, the 370Z had a 50/50 sales rate on manuals versus automatics.

One thing is for certain: Z-cars have always been solid sports car options, and that shouldn’t change. For years, they were Nissan’s most potent performer in North America. That was until 2009 when Nissan brought the fire-breathing twin-turbo GT-R (sometimes referred to as Godzilla) to this continent. But the 370Z wasn’t exactly a slouch. 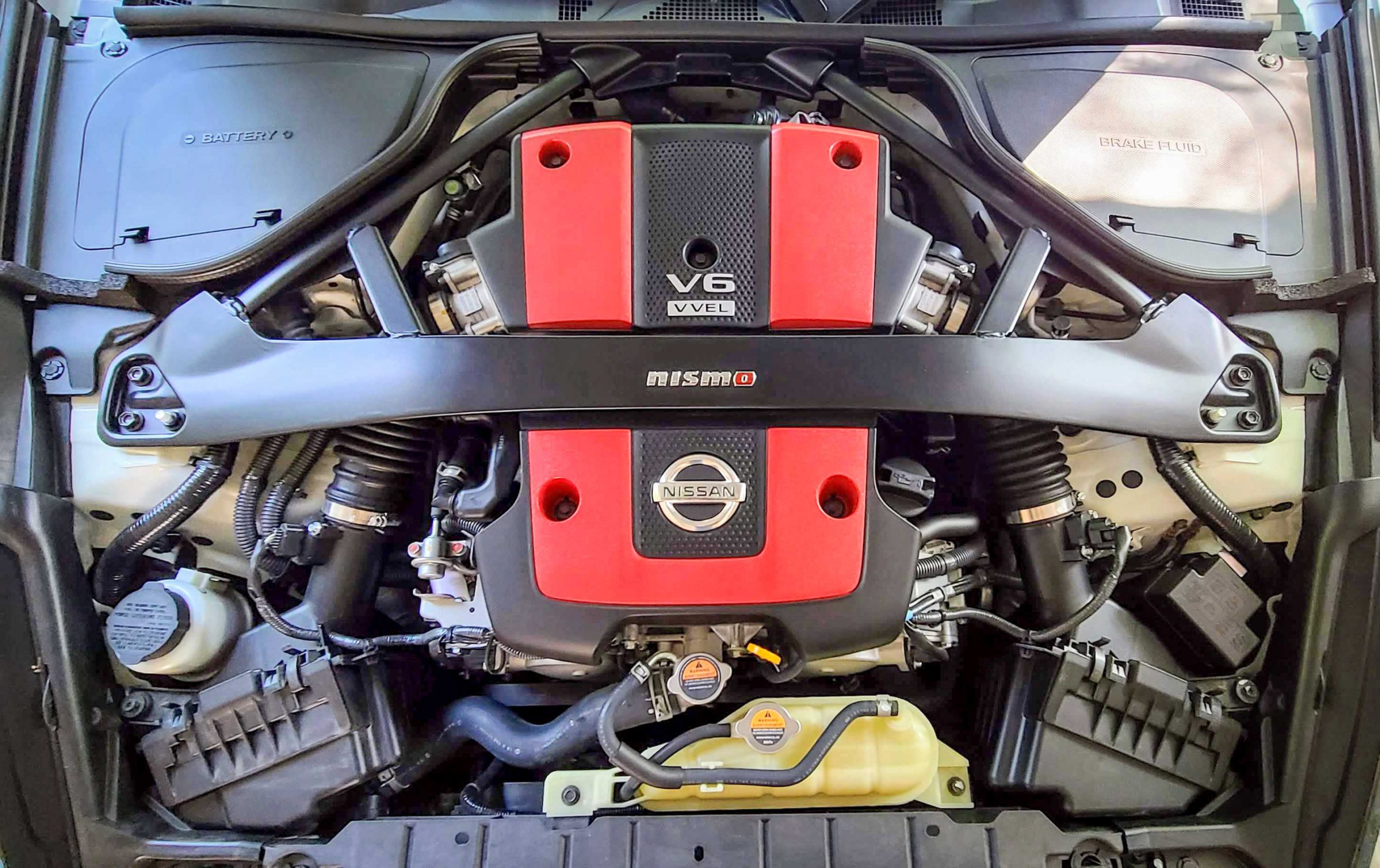 The 370Z has been clocked sprinting 0-60 between the mid-four-second range to mid-five-second range, depending on the publication and the engine and transmission choice. Adding to the quick acceleration is precise, razor-sharp handling and a taut — if not all-out stiff — suspension system. This aids in wonderful performance whether carving canyon roads or weekend time-attacks at the local track day.

Our Nissan 370Z Nismo tester came with sticky 19-inch Dunlop SP Sport Maxx GT tires with 245/40R19 tires up front and wide 285/35R19 meats in the rear, which helps with the handling prowess. I also must note that the 370Z Nismo’s brakes are fantastic, feel great underfoot, and help stop the car quickly.

The upcoming 400Z will undoubtedly carry on the Z’s performance traditions. It will, however, be the first North American Z with a factory turbo since the 1996 300ZX. (Another fun fact: The 300ZX was made in Japan until 2000.) And with 50 more horsepower than the 370Z Nismo, we expect the 400Z to be a rocket. Will it be GT-R fast? Probably not, but I bet it’ll be right on Godzilla’s heels.

There’s zero doubt that Nissan has put a lot of thought into the design and performance of the upcoming 400Z. Every Z car has bested the previous model’s performance, and I’d bet that happens again. But everything comes at a price, right?

But back to Nissan. I’m unabashedly happy to see the company continue on with its iconic sports coupe. In a world of crossovers, SUVs, and massively large pickups, it’s nice to see a company sticking with something they’ve done so well: a two-door, two-seat, rear-wheel-drive sports coupes.

Rather than jettison their legendary coupe into the pages of automotive history, they’re going full-steam ahead with the next generation. Maybe I’m just nostalgic, but I don’t think it’s just me looking forward to the 400Z. In fact, I think Nissan’s betting on it not being just me.


10 of the Most Prominent Historical Female Figures in Automo...
'Fully Off' Driving Mode Turns Us On To The Lotus Emira [Vid...
The Best Of 2021 Nissan
13 Fantastic Gems You'll Be Able to Import to the US in 2018
The 10 Most Groundbreaking Cars in Automotive History
7 Wildest GM Crate Engines Ever Created