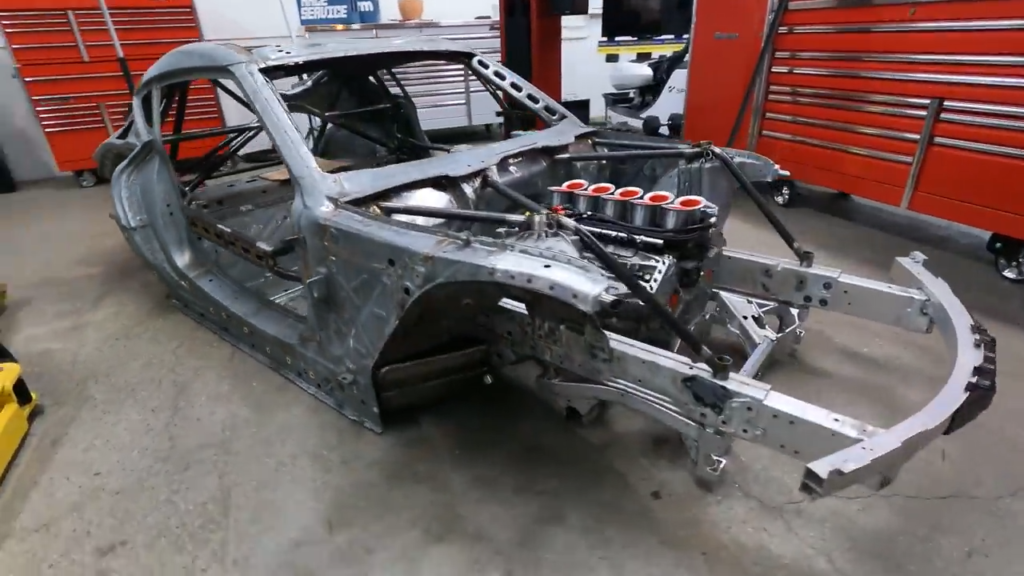 Ryan Tuerck is a Formula Drift PRO series driver who we featured on our 5 drift vloggers to follow list. Besides his skills in a drift car, Tuerck’s builds are often the talk of the internet. He first shocked drift fans everywhere with his Ferrari 458 V8 powered GT86, the “GT4586.” This time, he’s back at it with a new internet-breaking build that’s sure to turn heads. a Judd V10 powered A90 Toyota GR Supra. The ‘Formula’ Supra is coming to life! 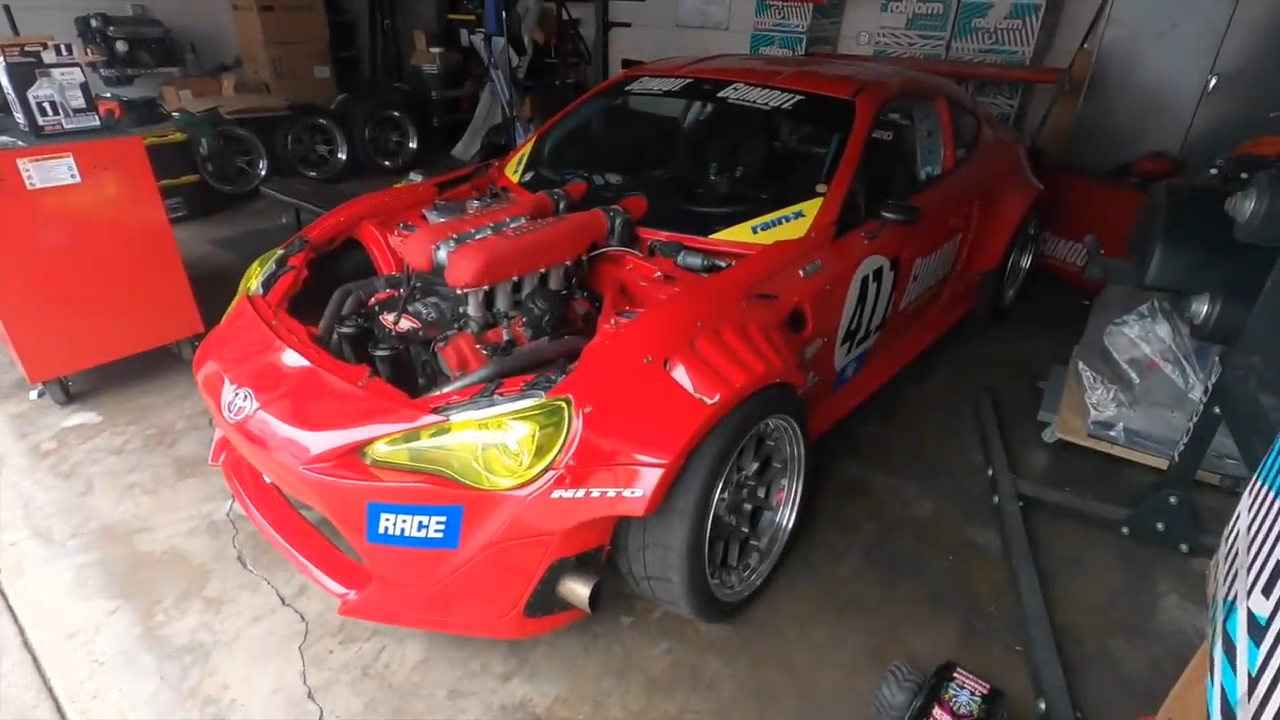 This is not the first time Tuerck has had something built that was the front page of car sites. Back in 2016, he got all his partners together to create a one-off build. Tuerck, as a Toyota-sponsored driver, is fortunate that Toyota makes the GT86, a great chassis for him to play “Legos” with the engine bay.

So Tuerck had where the engine was going to sit, but he had to figure out what engine to fit there. He opted for a Ferrari 458 V8 engine. The engine is of the Ferrari-Maserati V8 engine family, officially coded F136. The flat-plane crank engine in the Ferrari 458 is meant to be midengined, so fitting that engine to a front-engine car took some unique engineering. In an effort to reuse the intake manifold, Tuerck fit the engine in with the airbox where the wipers and dash would normally be.

Automotive photographer Larry Chen recently caught up with Tuerck to take a closer look and get an update on the current status of the GT4586.

Though the GT4586 was definitely an eye-catching build, Tuerck stated that his dream would be to fit a high revving engine from a Formula 1 car into a chassis. The Ferrari 458 V8 was close to the mark, but he still wanted to hit the mark head-on.

After building a car with a Ferrari V8 swap there aren’t really many builds that can top that, but Tuerck still wanted his Formula 1 engine dream to come true.

As a Toyota driver, Tuerck was gifted a 2020 Toyota Supra (A90) by the company. He began throwing parts at it as part of a build series. Throughout the process, the phrase “Formula Supra” kept popping up, and fans wondered why “Formula” was being mentioned. Initially, the car was built to be a street car, but that all changed when Tuerck began teasing a V10 engine on his social media channels.

Tuerck teased and teased the V10 until he officially announced that it would be the next upgrade to the A90 Supra. Made by Judd, the engine is officially a Judd GV4 V10, capable of 750 hp while screaming at 11,000 RPM.

Though Tuerck is calling the build the “Formula Supra,” the engine does not actually come from a Formula 1 car. The Judd GV4 V10 was officially only used in some forms of sports car racing. But if BMW can claim the 5.0L S85 V10 from a BMW E60 M5 is Formula 1 derived, I believe Tuerck gets a pass.

V10 Supra: A Work In Progress 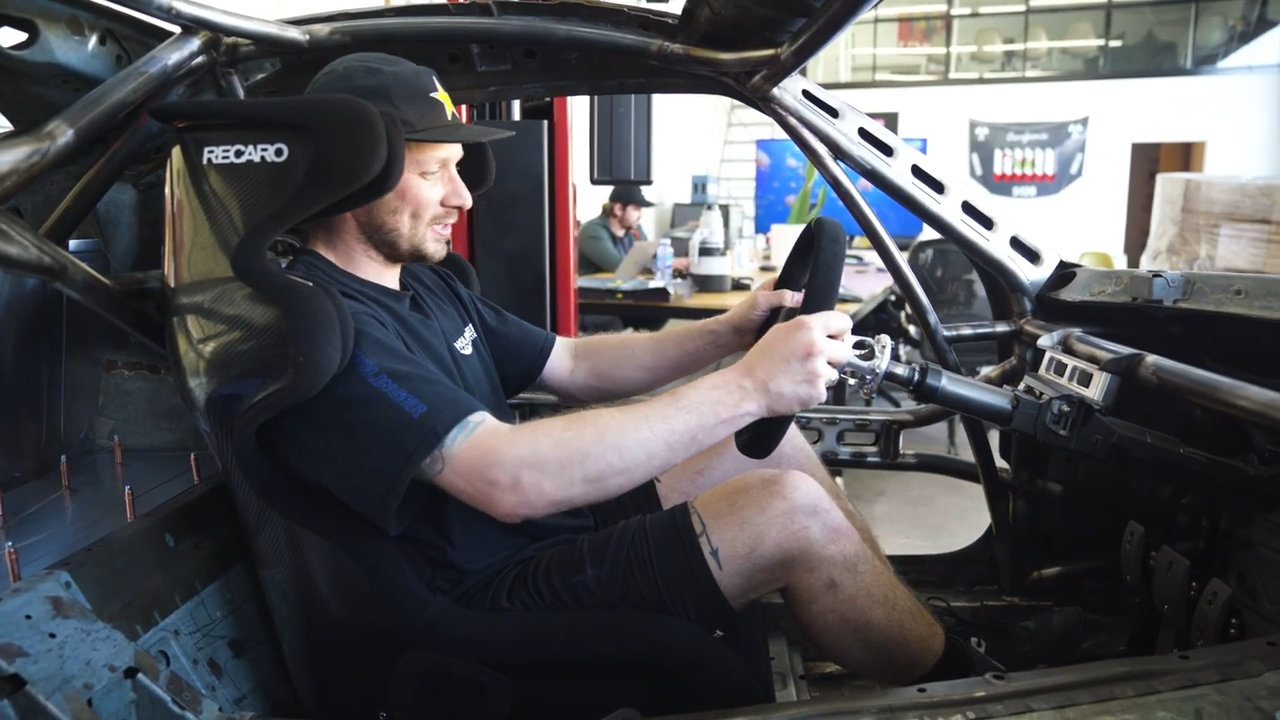 The V10-powered Supra is far from done. On the fabrication front, Tuerck has enlisted help from his friend Dominic Biro of Dominant Engineering. Along with Biro, Tuerck has also gotten some help from his team owner, Stephan Papadakis of Papadakis Racing, to 3D scan the engine. After all, you can’t exactly find anyone online selling mounts for a Formula 1 derived V10 to put in your brand new Supra.

As of this point, the Supra has been stripped down to a bare chassis and has been built up to include a roll cage and custom fabricated subframe. Tuerck’s dream car is starting to take shape with a WiseFab suspension kit, Radium fuel cell, and, perhaps most importantly, the Judd V10 living in the engine bay. The V10 is mated to a Holinger RD6 6-speed sequential transmission.

The Future of The Formula Supra

Tuerck has mentioned that while the GT4586 was a demo drift car, which was commonly seen out at Formula Drift track events, the V10 Supra might have a different life ahead of it.

While Tuerck will try to drift the car when he can, a Judd V10 isn’t exactly meant to hold up to a lot of engine miles. He will likely be more selective about driving the Formula Supra than he was with the GT4586. He has mentioned it might be up for some hill climb duty as well. No matter where he ends up driving this one-of-a-kind build, we’re excited to see this Judd V10-powered A90 Toyota Supra in action.


Building a Dream In The Form Of A 700 HP 1969 Camaro
Most Expensive Cars of All Time
EVs To Storm Nevada Desert In The Great American Off-Road Ra...
Jaguar Century: 100 Years of Automotive Excellence [Book Rev...
13 Drop-Top Caddys You Must See
15 of the Baddest Modern Custom Trucks and Pickup Truck Conc...