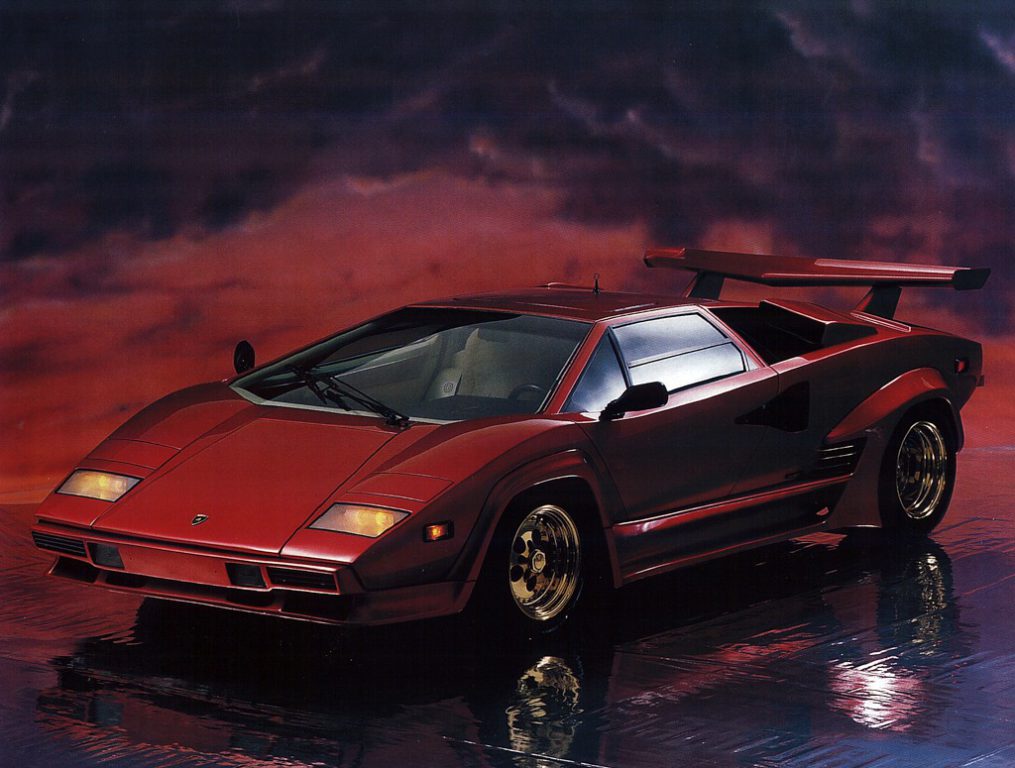 So, as a car guy I pretty much love all things cars and trucks, but sometimes I try to think back to where my love, for all things wheeled and shiny started. Some of my closer relatives would suggest that it stemmed from me having Hot Wheels cars as a little boy. I would agree for the most part, but I personally think that my love for cars, came from the world of RC, and there was one particular car that I always wanted. It was the TYCO RC Lamborghini Countach. 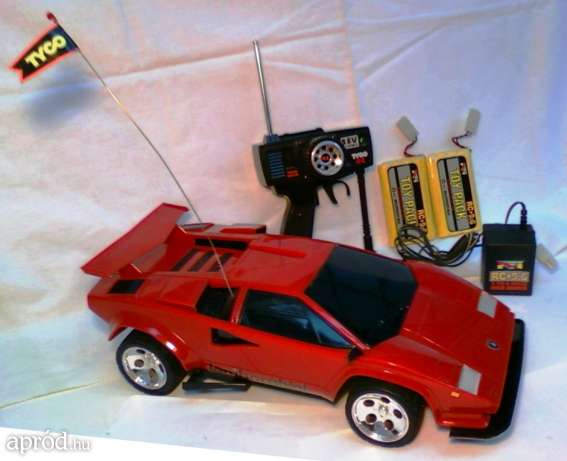 Now back when I was younger, and this is going to sound like I’m extremely old, but not really, {I’m only 38!} I was very fond of RC cars, and how they worked. There were two main stream brands that I always either saw on shelves, or saw commercials for. They were the TYCO, and Nikko RC companies. Nikko had cars, and other vehicles that mostly looked the part of smaller replica real life cars, where TYCO would create cars that would excite, and tantalize the senses. There was a RC Lamborghini that TYCO made that only came in two colors, Red & Black. This particular model of Lamborghini Countach was a car that a few other RC companies made, but none had the flair, the look, and the speed that the TYCO version displayed. It was a sleek looking classic Lamborghini that could keep you staring at it all day long. Just like a grown man who would spend hours wiping his prized Lambo down in the driveway, a little kid like myself {at the time} would gladly do the same.

Now, as far as RC cars went in the 80’s, they were a lot simpler then. None of the digital proportional steering, or variable speed controls, or interchangeable parts to make it go faster. These were simple to use, toys that inspired Gearheads all over the world. Granted, there were the guys who were into the more expensive, and highly modified, and personalized RC Cars of the time. Monster trucks like the, “Lunchbox”, the “Clod-Buster”, and the “Midnight Pumpkin” were the vehicles that were meant for the men who could afford to drop a rent check on a RC. 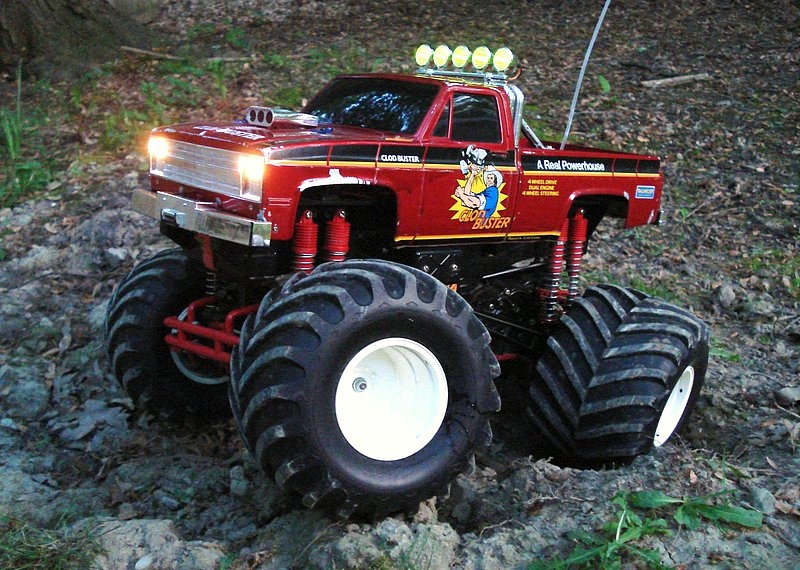 The TYCO RC Lamborghini Countach has a very cool setup, where as most to all RC cars, came equipped with one engine, this had two. One for each wheel, and this allowed for it to literally fly down the street, as you pushed forward on the controller. Simple left, and right steering functions, coupled with some pretty sticky rubber tires made driving this car that much more fun.

here wasn’t any drifting, or Gymkhana action going on here, it would be hard turns, and blazing speed that was married to the sounds of screaming miniature sized engines that would let the world know how they were working. At the time, it was one of the faster “RC Toy Cars” you could buy off the shelf, and not at an actual hobby shop. To this day, that TYCO RC Lamborghini Countach is one of those official #Throwback toys that either everyone wants, or everyone who had one, wishes that they took better car of. I myself was never really lucky enough to own one. As a kid you had to settle for what you could get, and be happy you got something. Don’t get me wrong, my Christmases were normally pretty good, and filled with toys, and I always wanted that RC Lamborghini, but was never able to get one.

So, I like many others, tend to troll the internet looking for those classic, vintage, and illusive RC cars that we all loved, and played with from the 80’s through the 90’s. 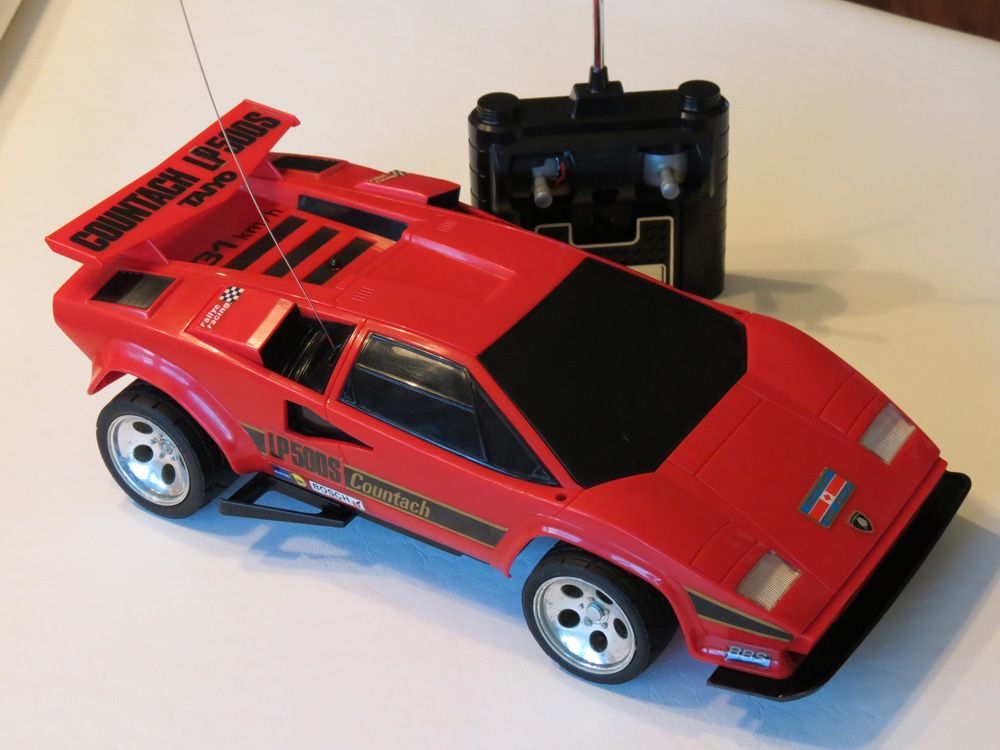 Mainly because we’re men, and men like toys, and mostly there’s something about a car that just makes you feel almost as good as you did when you first saw it. Because in life, we all need to find something that brings us back to a time where things were simple, fun, wholesome, and true.