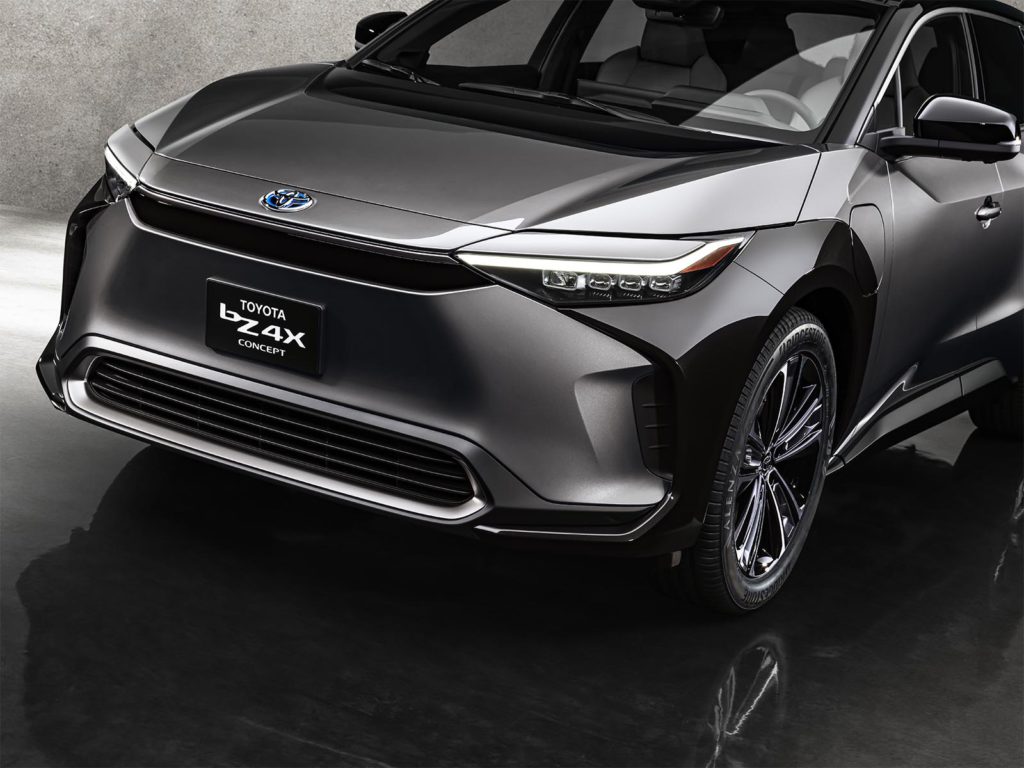 Officially, it’s just a prototype – but company officials are doing little to hide the fact that a production version of the new Toyota bZ4X concept is heading to U.S. showrooms in 2022. That’s a move that would finally see the Japanese giant enter the small but rapidly growing market for long-range battery-electric vehicles (BEVs).

Toyota officials, all the way up to President and CEO Akio Toyoda, have been openly skeptical about BEVs, preferring to stick with conventional hybrids like the Prius, and more advanced plug-in models such as the RAV4 Prime. But with regulators and key competitors shifting focus, Toyota “has become the laggard of EV adoption,” according to Sam Abuelsamid, principal auto analyst for Guidehouse Insights.

With less and less room to maneuver, said Abuelsamid, the bZ4X keeps Toyota in the game. 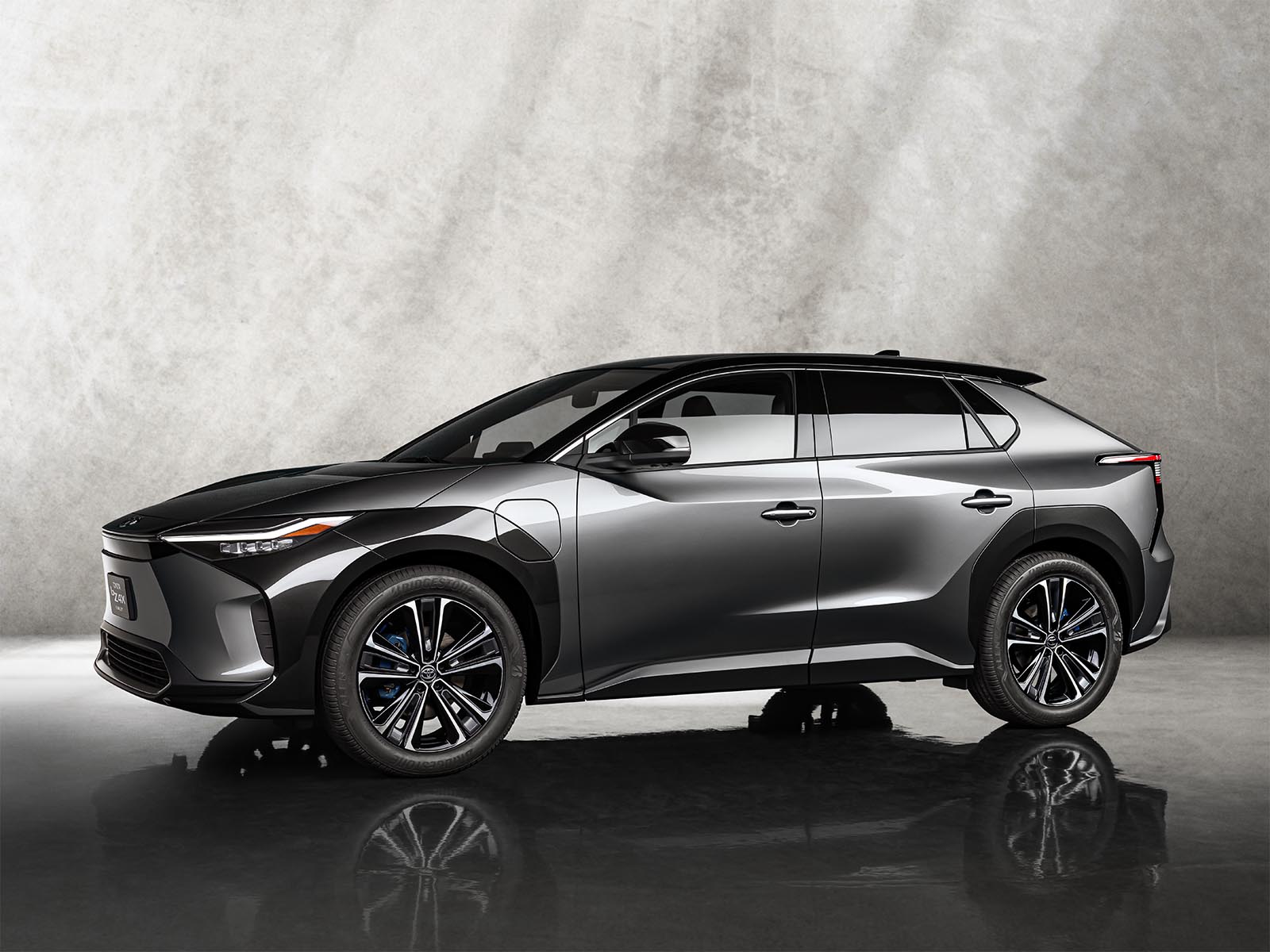 Like almost all of the latest-generation battery-electric vehicles, the bZ4X rides on a skateboard-like platform with its battery pack and motors mounted under the load floor. Toyota hasn’t offered specific technical details but has dropped hints that it should deliver at least 250 miles of range. Performance is expected to be “sporty.”

The crossover design pushes the wheels of the Toyota bZ4X concept out to the corners, with thin headlamps, a grille-less nose, and short overhangs. There are sharp creases in silhouette, with a high belt line and an integrated spoiler flowing off the roof. The design was largely sculpted in the wind tunnel, with good aerodynamics critical to an EVs range and performance.

“Roughly the size of a RAV4, with the versatility to stand apart from other BEV’s, it will be well-positioned in the sweet spot of the market,” declared Lisa Materazzo, group vice president of Toyota Marketing. 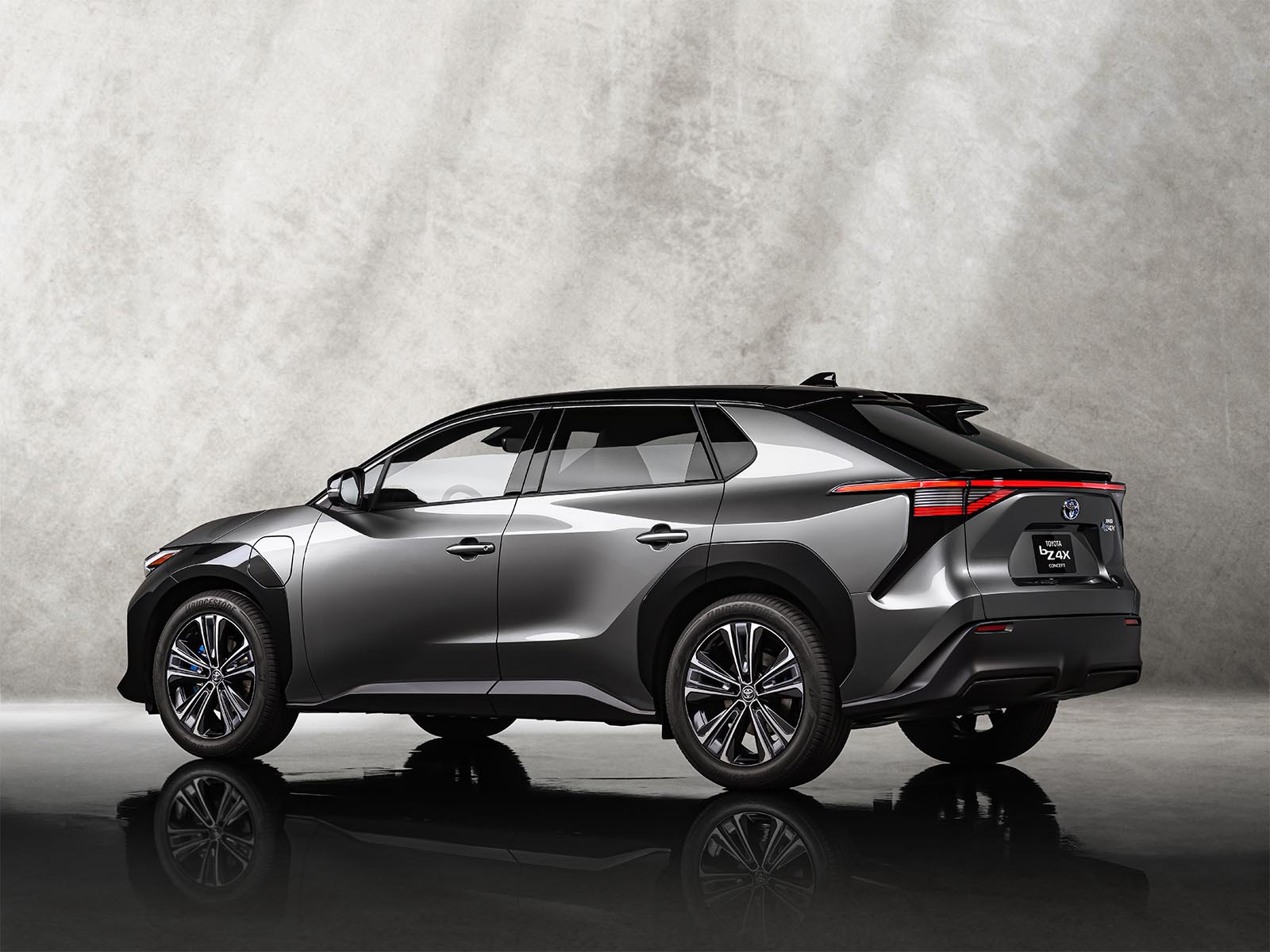 The Toyota bZ4X concept first appeared at the Shanghai Auto Show nearly 2-months ago, though company officials at the time downplayed talk of a U.S. version. Now, that façade has fallen. It’s just a question of precisely when the production model will follow. The latest information we just received, directly from Bob Carter, Toyota Motor North America’s Executive Vice President of Sales, is that a production version will be revealed “later this year,” with sales expected “to begin in mid-2022.”

The bZ4X was jointly developed in a partnership between Toyota and Subaru. The smaller automaker revealed a prototype of its first BEV, the Solterra, last month and plans to roll it into showrooms in late 2022, as a 2023 model. 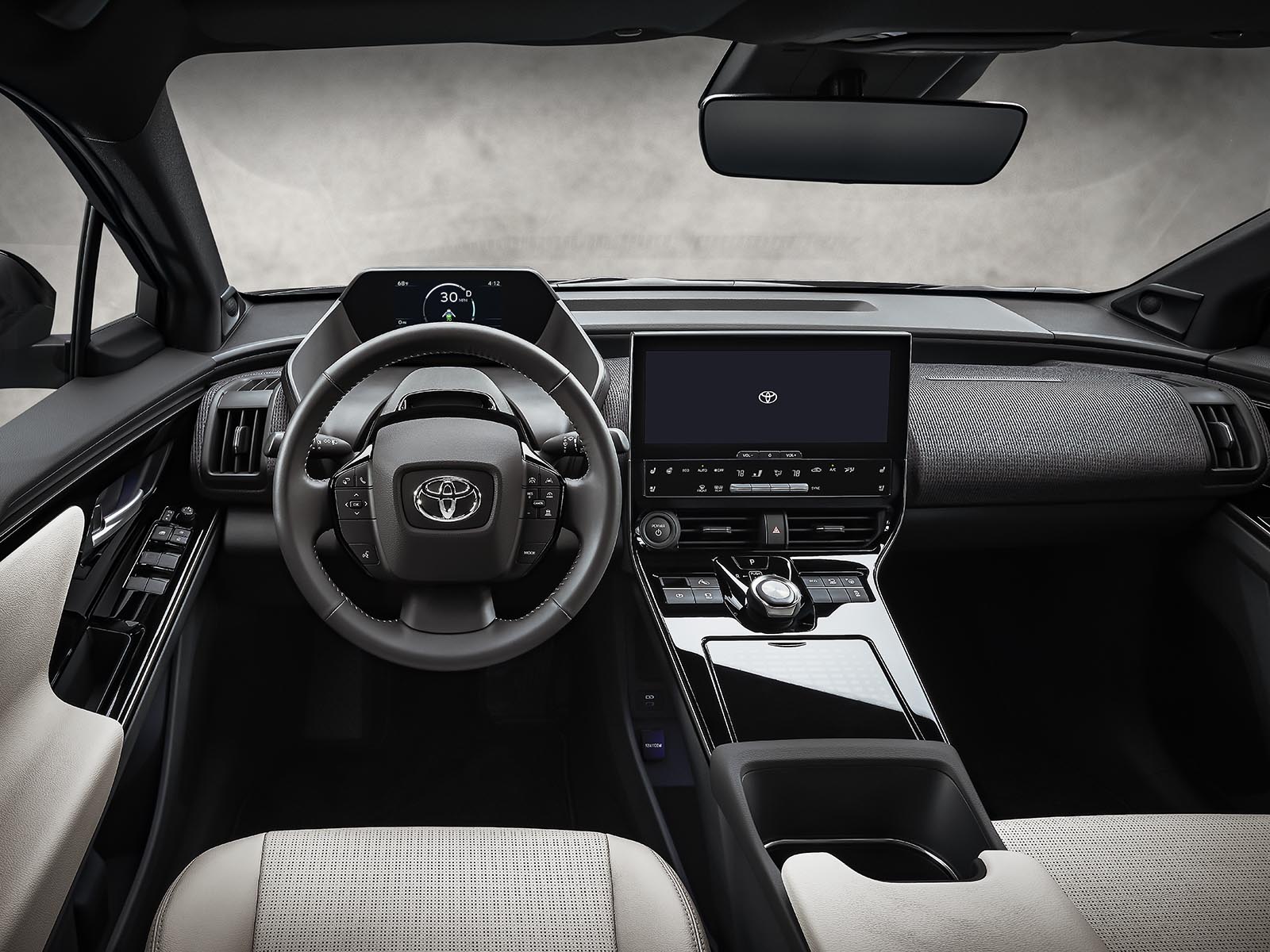 For Toyota, the bZ4X will serve as just the entry point. It says there will be seven all-electric bZ, or “Beyond Zero,” models, along with eight other BEVs. All told, the carmaker plans to have 70 “electrified” products in its portfolio by 2025, though more than three-quarters of them will continue to be powered by either conventional or plug-in hybrid drive systems.

That’s a distinctly different approach to what we’re seeing at some of Toyota’s biggest rivals. General Motors, for one, has set a goal of completely abandoning internal combustion engines by 2035. And while Volkswagen hasn’t officially laid out plans to go 100% electric, its $85 billion battery-car program shows it moving rapidly in that direction. Until recently, Ford echoed the mixed drivetrain approach, but it’s rapidly shifting investment dollars from hybrids to BEVs.

“It’s a tsunami, a wave crushing anyone who doesn’t believe in the technology,” said Stephanie Brinley, principle analyst with IHS Markit. “The pressure to make (BEVs) the only solution is massive,” she added, though Brinley agrees with Toyota that there will remain many global markets where all-electric vehicles will simply be too expensive for local consumers.

She also is confident that Toyota hasn’t fallen very far behind rivals like GM and VW, not with battery cars so far generating less than 3-percent of the overall U.S. new-vehicle market.

Toyota has massive resources at its disposal, she told AutoWise. That said, “It’s absolutely important for Toyota to mark a space in the battery-electric vehicle market now,” rather than being perceived to be an also-ran.

Those resources would make it easy for Toyota to accelerate its BEV program, several company insiders said on background. And while Toyota is still convinced there’ll be a long-running market for hybrids, it is investing heavily in a technology that could change the game dramatically. It hopes to replace today’s lithium-ion batteries with new solid-state technology that’s expected to deliver greater range and performance at a lower cost. 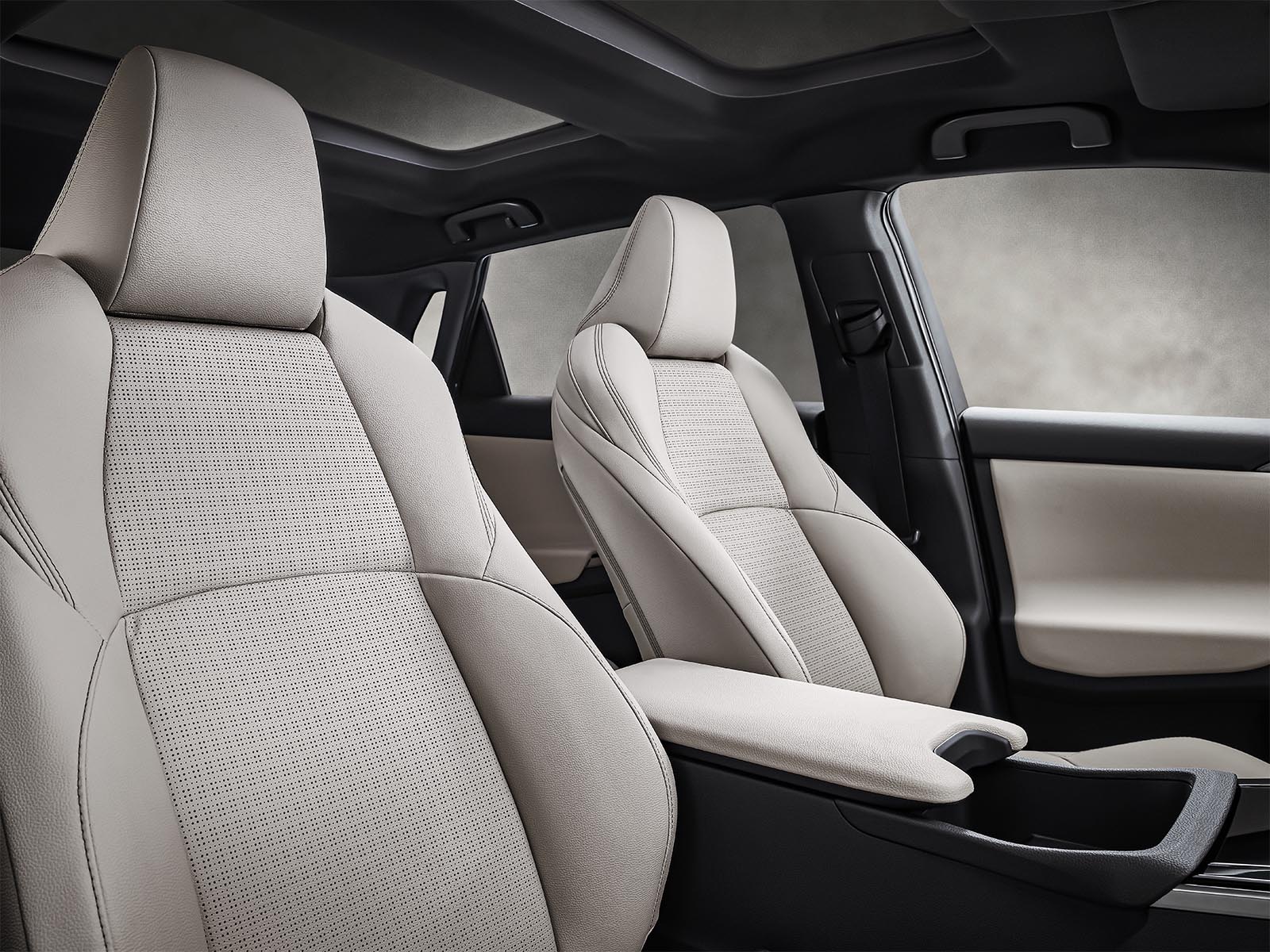 Toyota also remains a key proponent of another zero-emission technology, hydrogen fuel-cells. It recently redesigned the Mirai fuel-cell-vehicle and is rolling out prototypes of a hydrogen-powered semi-truck. But FCVs face even more challenges than battery cars when it comes to widespread adoption, starting with the severe lack of a refueling network.

With President Biden pushing for a cross-country network of 500,000 public EV chargers, demand for BEVs is widely expected to hit 30-percent or more by 2030. Toyota’s SVP Automotive Operations Jack Hollis states: “By 2030, 15% of our sales will be battery-electrics or fuel-cell electrics.” 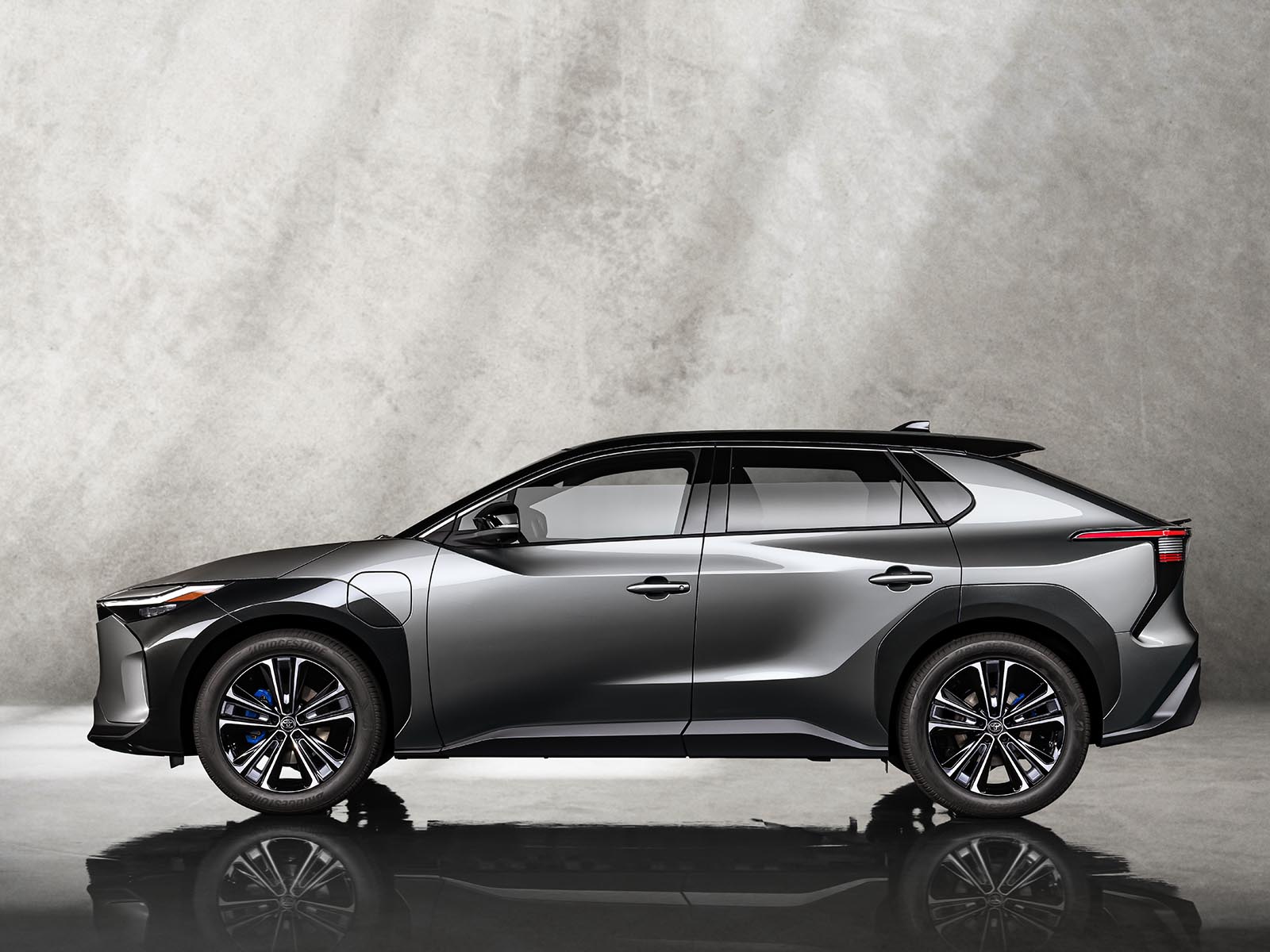