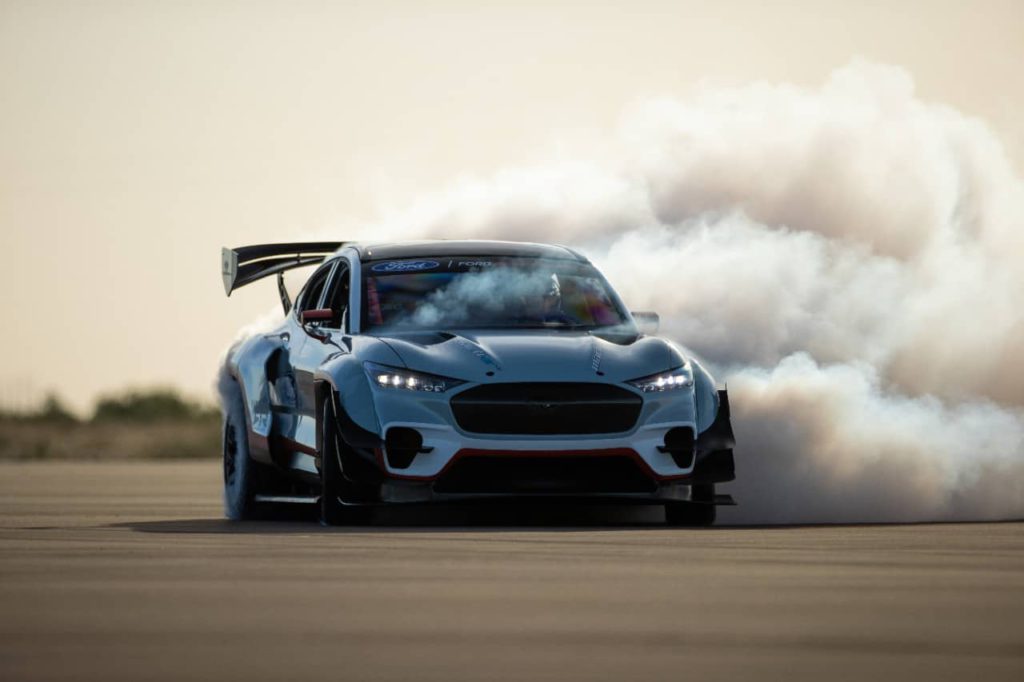 We now know that the leaked “spy” footage was actually testing of the latest all-electric Ford Mustang Mach-E prototype. The Mustang Mach-E 1400 is the latest custom Mustang out of Ford. The vehicle is a collaboration between Ford Performance and RTR Vehicles. The latest video has it doing donuts and racing around a track with a wide range of impressive custom Mustangs, including Ken Block‘s Hoonicorn.

First off, no you can’t go buy one, and yes we want one as well. All-electric all-wheel-drive tire-shredding looks like a ton of fun!

The Mustang Mach-E 1400 is a one-of-a-kind prototype designed to get people excited about electric vehicles. It runs a similar powertrain to what Ford unveiled in their Mustang Cobra Jet 1400 dragster prototype. In a similar fashion, the Mach-E 1400 can put down 1,400 peak horsepower.

No drift car/fun machine would be complete without a hydraulic handbrake. The handbrake system works with the EV system to both turn off the power to the rear wheels and grabs the rear brakes. This system is sure to provide smokey power slides, as demonstrated in the video.

“Getting behind the wheel of this car has completely changed my perspective on what power and torque can be,” said Vaughn Gittin Jr., RTR Vehicles founder. “This experience is like nothing you’ve ever imagined, except for maybe a magnetic roller coaster.” 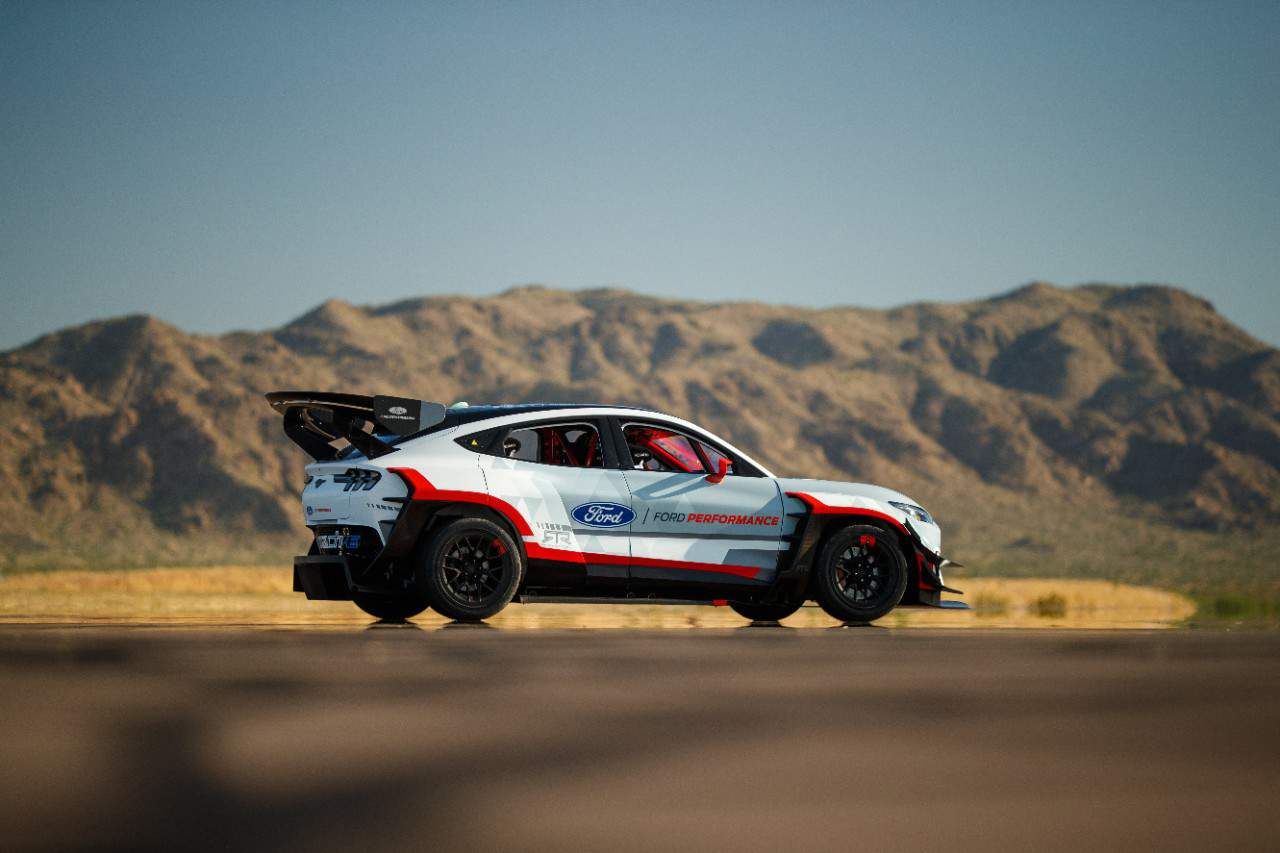 The Mustang Mach-E 1400 makes the insane horsepower through a combo of 7-motors and a special battery pack. Three motors are attached to the front differential and four to the rear. All the power is routed through a single driveshaft. This setup not only produces insane power, but also allows configuring the car as front-wheel-drive, rear-wheel-drive, and all-wheel-drive when appropriate, and on the fly. The Mach-E 1400 can be configured for a wide range of performance tasks.

With over 2,300-pounds of downforce at 160 mph this custom Mustang should be able to corner as well as it goes in a straight line. Track, drift, Gymkana, or even drag racing should pose no issues for this impressive machine.

The hood is made “of special organic composite fibers” while the rest of the vehicle has a full carbon body. The hood material is a lightweight alternative to the carbon that is being explored.

Big Brembo brakes, similar to those found on the Mustang GT4 race car, make sure this speed demon is able to stop. 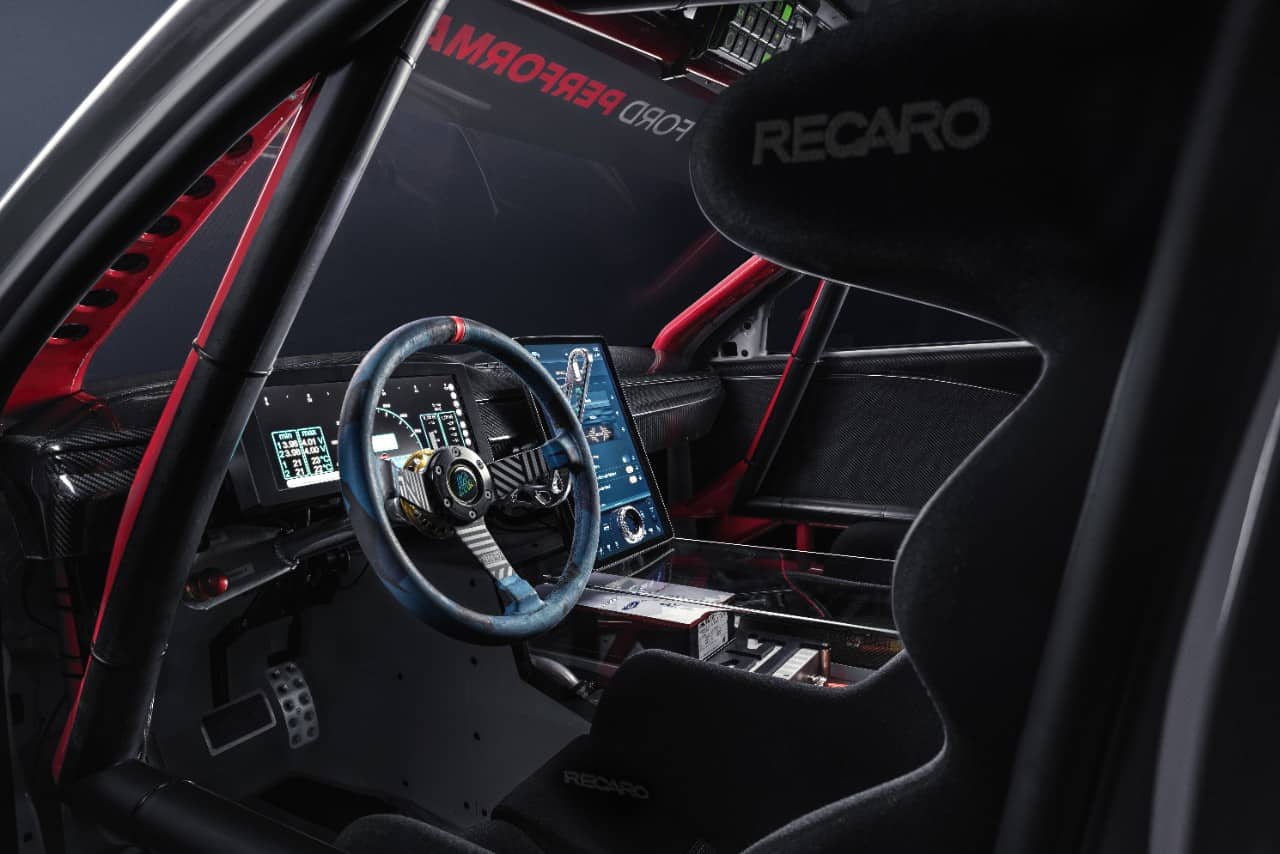 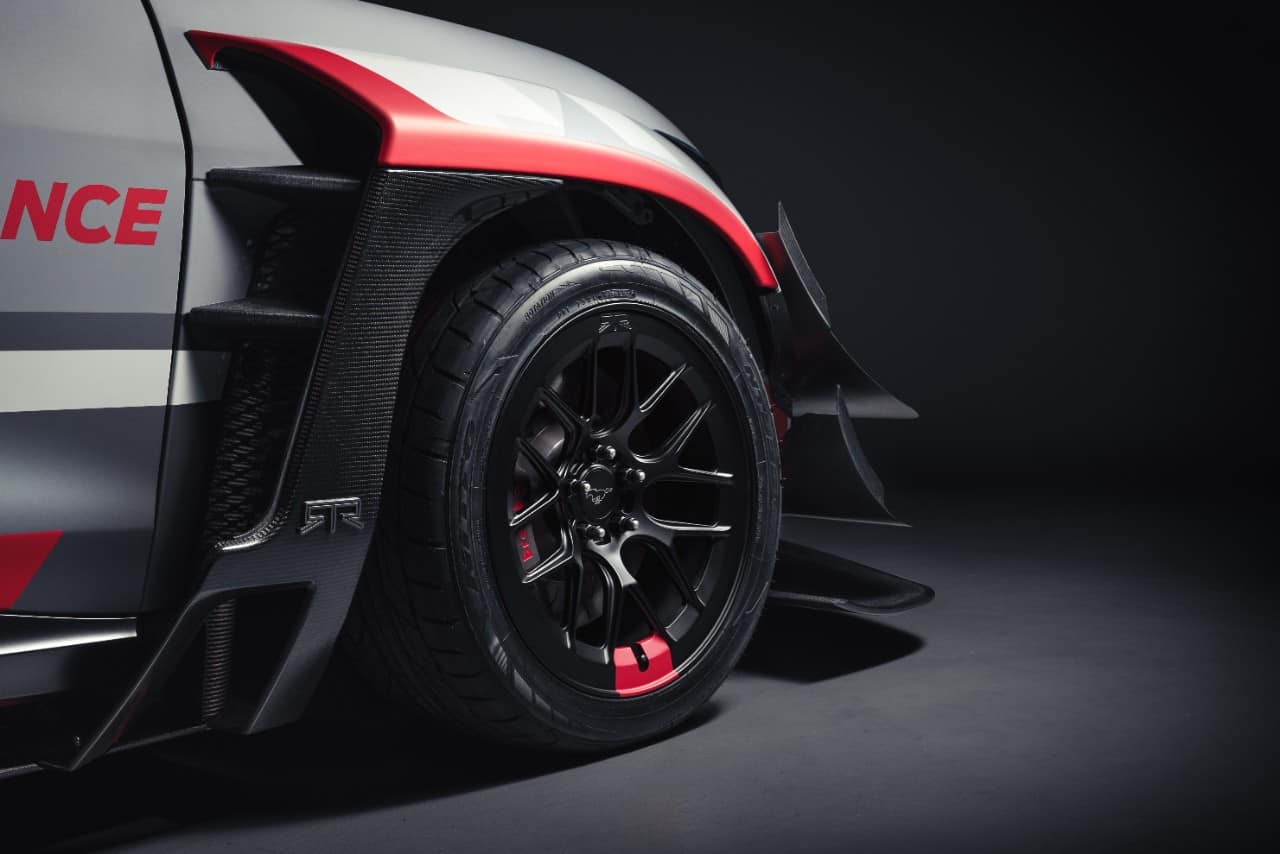 Expect to see the Mach-E 1400 revealed soon at a NASCAR race. Which NASCAR race and when fans will be able to get up close and personal with the vehicle is still to be determined.

Having four-racing-seats might just be the best part about the Mach-E 1400. No doubt Ford will be doing some ride along demonstration runs at evens soon. We know we want a ride!